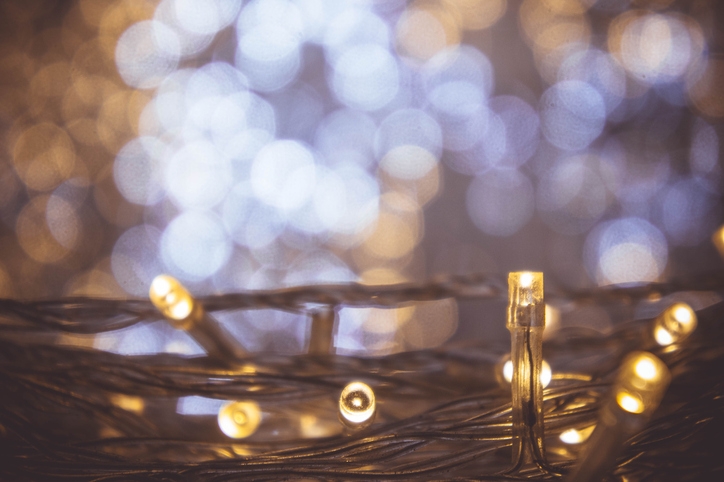 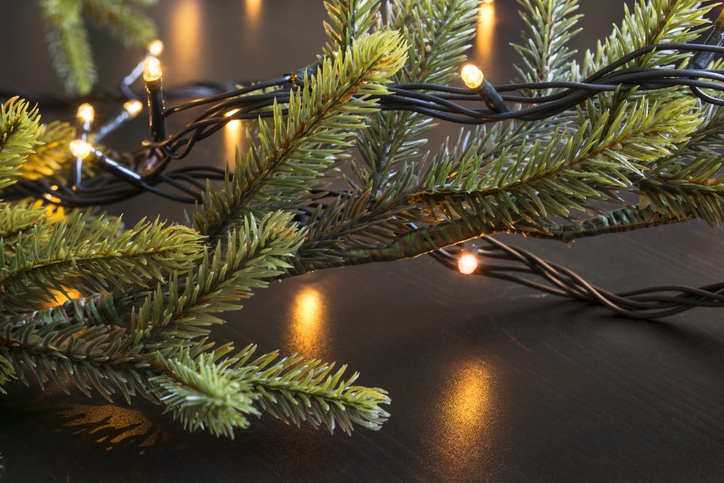 Christmas is in the air. Some people like buying gifts while others enjoy drinking hot cocoa by the fireplace. But I think we all can agree, that Christmas lights are one of the best parts of the holiday.

You can’t get through one Christmas season without seeing lights around every corner. The entire world seems to have hopped on the wagon of the lights representing the holiday so well. But which kind reigns supreme?

What Are Incandescent Christmas Lights? 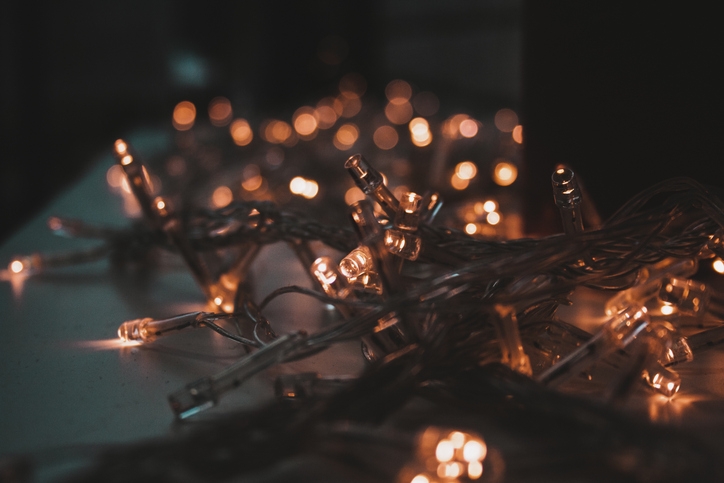 Incandescent bulbs are made with filament that is heated to emit light in an array of colors, depending on the filament chosen. They keep on burning until the flame burns out and the filament runs out.

This is the classic Christmas light and the kind most of us grew up on. It works well, burns bright, and usually has the classic pointy Christmas bulb shape. However, it has its pros and cons, which we will talk about later.

What Are LED Christmas Lights?

LED lights have inner conductors that create light without heat. They are cool or only slightly warm to the touch. This type of technology is newer than the incandescent bulb and often more preferable.

What people don’t understand is that LED bulbs aren’t even “bulbs” at all. LED stands for light-emitting diode. These diodes act as a one-way switch for a current, making the “bulbs” that we recognize much safer than traditional bulbs.

Many people know Thomas Edison, but not many people know his former boss and one of the General Electric founders, Edward Hibberd Johnson. In 1871, Johnson hired Edison, who soon became his business partner.

He was a large part of the inspiration for Edison to create his light bulb company. Since this was shortly after the “Christmas tree” because a tradition in the United States, it was perfect timing for the company.

That’s when Johnson set up a tree by the street-side window of his parlor and hand-wired 80 red, white and blue light bulbs and strung them together around it. He even powered a rotating stand with a generator!

In 1884, a New York Times article counted 120 bulbs on his dazzling tree and piqued the interest of many. It’s hard to imagine how unique this was at the time, but it wasn’t long before the tradition caught on.

Energy efficiency is definitely an important aspect that should be considered with anything. In general, LED Christmas lights use less energy than incandescent Christmas lights, so they are more energy-efficient.

This is because they are made with light-emitting diodes instead of filaments so they use next to no heat. The more heat something uses electrically, the more electricity it will use. So LED wins with this one.

But this isn’t just with Christmas lights. All light bulbs are slowly being replaced with LED bulbs because they use less energy. This makes incandescent bulbs difficult to find any other time of year other than Christmastime.

LED lights are spaced out further than incandescent Christmas lights. So of course, you may need more strings of lights, sometimes even doubling up and crossing over lights. But the cost per box is different.

In general, LED Christmas lighting and installation runs around $10 to $30 per strand of light. Since most people use 10 to 15 strands per job, you can expect to pay at least $100, probably more for lighting.

Incandescent Christmas lights can run anywhere from $3 to $12 per strand, which is much cheaper per box. You only need 8 to 10 strands for the same amount of space as the other job. This ends up costing you less than $100 total.

When it comes to safety on Christmas lights, there are a few things you need to consider. First of all, there is heat. LED lights rarely become warm, let alone hot. But incandescent Christmas lights do get hot.

This alone is a safety hazard that is important to note. But that is just one safety hazard. The other is mercury. While not all incandescent lights have a lot of mercury, most of them at least have traces of it.

Mercury can be highly toxic to humans and pets and shouldn’t be around children at all. If the bulb breaks and you get mercury on your skin, you could give your kids merucry poisoning without realizing it.

This may be the most drastic difference that is hard to believe. But it’s true. LED bulbs last around 50,000 hours while incandescent bulbs will last around 1000 hours. While LED lights are expensive, they last 50-times longer.

So yes, in the end, you will actually save money using LED lights. However, both strings usually have replaceable bulbs so that you can simply replace the bulb that is causing problems instead of the whole strand.

But the thing is that newer LED light strands often don’t have replaceable bulbs. In this case, you will have to throw out the entire strand and won’t be able to replace the bulb as you can with an incandescent one.

This one is difficult because both types of lights have a lot of options to choose from. But the LED lights have more freedom due to the way they’re made. They usually come in white and multi-color. But so do the other type of lights.

When it comes to LED lights, you may have more “different” options but it may not feel as much like Christmas. The cords however are becoming more and more similar as time goes on, so that isn’t a dealbreaker.

You’ve probably already guessed the winner in this category. Light bulbs that use LED technology are energy-efficient which in turn does also makes them eco-friendly. But the friendlessness doesn’t end there.

Both the use and manufacturing process of LED bulbs is gentler on the environment than almost any other type of bulb. They consume less power which reduces greenhouse emissions. In fact, one LED bulb will minimize greenhouse gas emissions by almost half a ton.

It’s hard to say no to a bulb like this. While both bulbs have their pros and cons, this may be the most impactful pro or con on the list due to the long-term effects it has on your family and the earth.

Which one is brighter? The LED or incandescent bulb? It isn’t really as easy to say as you’d think. This is because in the beginning, LED lights never shined as bright as incandescent lights did and still do.

But LED lights are changing. There are new technologies that can cause them to shine almost as bright, if not brighter than incandescent bulbs. But then again, incandescent Christmas lights usually have more bulbs.

This change is what is causing more and more people to switch to LED. When they were first introduced they simply weren’t as good as incandescent Christmas lights. But things are changing and they are becoming the new first choice.

Which Christmas Lights Are Right For Me?

Now it’s time to make your decision. You’re hoping to grab some Christmas lights soon but still aren’t sure which bulbs to get. In general, these days, LED lights are the better choice for all-around Christmas lights.

However, if you want to get incandescent bulbs while they are still readily available, then go for them. Don’t feel guilty for choosing them while you still can because pretty soon, they probably won’t be available.

If you are trying to save energy and make healthier lighting choices, you can switch to LED bulbs in your other light bulbs and save Christmas time for splurging. Which ironically will save you money!

This is a small part of your life, your energy consumption, and your year. So make it count any way that you want, whether it be choosing something non-traditional or going with something less energy-efficient.