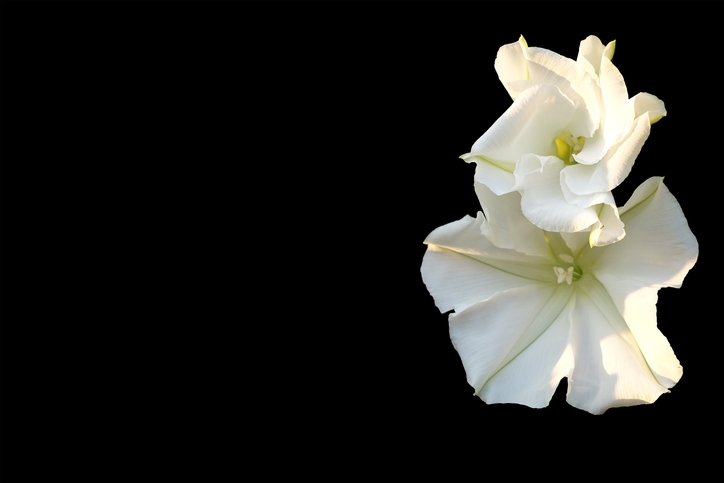 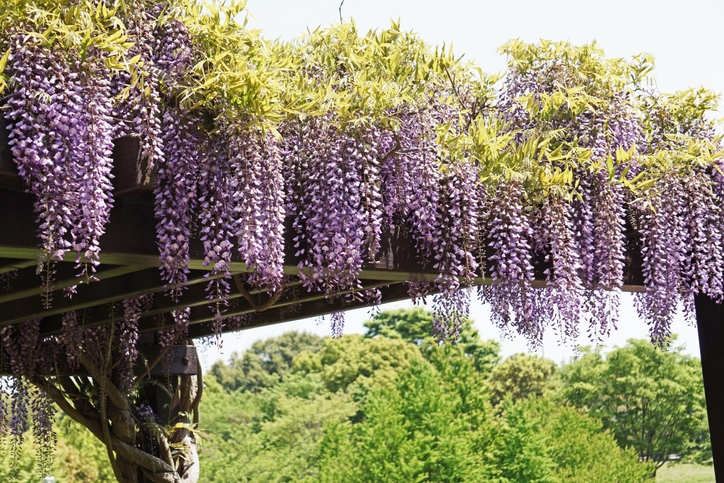 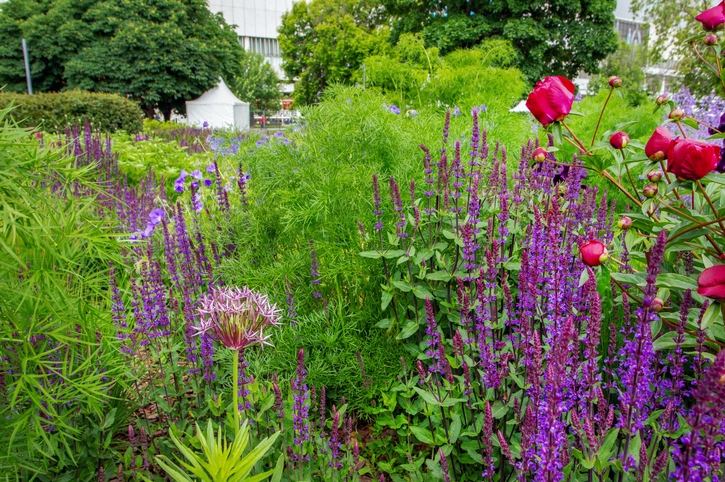 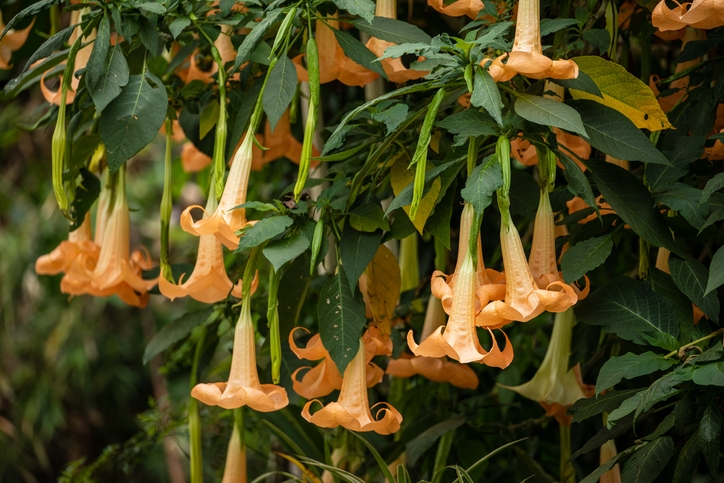 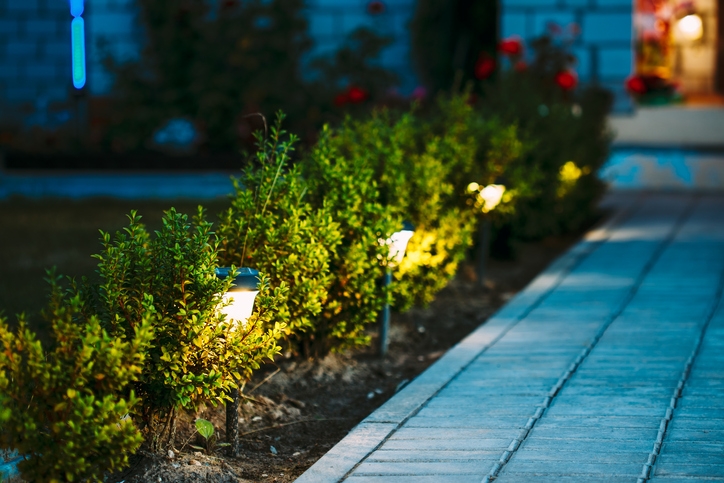 Or even if you can’t have them in your home, having a small garden outside is ideal. Not into daytime plants? Flowers that bloom at night could be the answer to your questions about finding the right flower for you.

Why Plant Flowers That Bloom At Night?

One of those reasons is because there are people who work at night and want to come home to a fully-bloomed garden. Or, if you work at day, perhaps you want to enjoy the beautiful night flowers when you are at home.

Either way, night flowers can take care of that need because they are the most prominent of a night. This doesn’t mean they always close up during the day, just that you can get the most out of them of an evening.

However, this flower smells just like chocolate. It’s hard to believe but the flower opens its blossom in the evening and starts to release a scent. The scent is the strongest early in the morning, perfect going to work.

Another flower that has a name that explains when it blooms. The beautiful night flowers are white or pink and are fully bloomed all night long. They get energy from the moon instead of the sun as the name portrays.

However, if there is a cloudy day, the flower may bloom during the day and then close whenever the sun comes out. So it’s really a flower that is open whenever the sun is away and closed when it’s out.

The night gladiolus grows a few feet high and fast at that. It does require a lot of water and a lot of sunlight. Most of the time, the flowers are pale yellow or striped dark yellow and green.

Despite needing sunlight, the flowers blossom of a night. They are poisonous too, as it seems most night plants are. But in this case, they smell wonderful, though rather spicy as opposed to sweet like most flowers.

Night phloxes can also be called the tasty name midnight candy. It gets its name not because it is edible but because it smells like candy. The flowers are pink, white and purple in most cases but this varies.

Most people describe the sweet smell as a honey-almond-vanilla fragrance which is a good description. Like certain other flowers, you have to smell these flowers to understand just how good they smell.

The name of this flower should let you know that the North American plant blooms at night. The yellow petals peel back and blossom of an evening, so you can watch it do so like watching the sunset.

The flower folds back up at about noon, giving you a full blossom all night long. With this schedule, it’s easy to watch it bloom and return to a bud every single day. It really is therapeutic to do so.

Night-blooming jasmine is nightshade and not the typical jasmine that the Disney Princess is named after. This jasmine does have white blossoms and smells wonderful, but it only blooms of a night.

It grows so well that it is often considered a weed despite it being evergreen. Yes, it smells good, looks good, and never browns. However, it is a common allergen so those with seasonal allergies or asthma should steer clear.

The evening stock is well-named and easy to grow. This makes it a solid choice for people who don’t know what to get when looking for flowers that bloom at night. The flowers don’t really close up during the day though.

Instead, they wilt during the day and are brought back to life of an evening. They also come with a very pleasant and strong fragrance so if you don’t like having that around then you may want to keep them away from the living area.

Who doesn’t love a good rose? If you don’t then you will still love the tuberose because it isn’t a rose at all. It is a Mexican flower with tiny buds that line up with tiny white blossoms. The sight is quite pleasing.

Where a rose is simple and elegant, the tuberose is cute and cottage. The tuberose is another solid choice because it’s easy to grow and has gorgeous white buds. You can’t go wrong with this easy plant.

The night-scented orchid doesn’t always bloom at night but it smells amazing at night. They release their fragrance after the sun goes down and often in damp areas like marshes or swamps, which really is a blessing.

All they want is plenty of water and they can keep your yard smelling great all night long. Just don’t count on their perfumes of a daytime because they prefer to keep quiet as long as the sun is shining down.

More Flowers That Bloom At Night

If the name nicotiana sounds familiar, it’s because it is where the word nicotine comes from. Yes, the tobacco plant used to create tobacco and cigarettes is called nicotine plants. Though that particular plant isn’t a garden plant.

There are other varieties that produce flowers that bloom at night in shades of white, pink, green, or red. They smell great and pollinate your entire garden, so they are a good choice to keep around at night.

Each plant can have multiple different colors of beautiful night flowers at a time and each flower can be different colors too. Sounds like a miracle! The flower is super fun to have around because you never know what you’ll get from it.

Casa Blanca lilies smell amazing and make quite a statement with their large white flowers that bloom at night. You need to know how to take care of them to get the most out of them so make sure do to that before planting them.

The casa Blanca lily looks like a lily too with the classic turned-up petals that are narrower at the ends. If you love lilies but can’t seem to find lilies that are there for you at night, then this is a great choice.

Datura is a confusing flower because it is also sometimes called moonflower but a more common name is devil’s trumpet. It is called this because of the trumpet-shaped blossoms of the flowers and the fact that they are poisonous.

The flowers come in pink, purple, white, and yellow. They can grow very large and are very poisonous so you have to be careful having them around children or pets. Do not let them near the plant if you have it.

Funny enough, the Brugmansia are angel’s trumpets. This plant is bushy and has flowers that come in almost any color. The beautiful night flowers also look like a trumpet but face the ground rather than the sky.

Despite the name, they are also poisonous, just as much as the devil’s trumpets. So be careful using them around children and pets too. Both are gorgeous so most people like to use both the trumpets in their gardens.

Do Some Flowers Only Bloom At Night?

Why Do Some Flowers Bloom At Night?

Flowers that open during the day do so because that is when most pollinators are out and about. But other pollinators, like moths, roam at night. The flowers that bloom at night open up for these pollinators.

Why Do Flowers That Bloom At Night Smell Sweet?

What Is It Called When Flowers Bloom At Night?

Do Flowers That Bloom At Night Glow?

Most flowers that bloom at night do not glow. But there are a few that do. Night Phlox seems to grow white, purple, and maroon. They glow due to a process known as phosphorescence.

Choosing The Right Flowers That Bloom At Night

Although someone else may fall in love with one flower that blooms at night, you may not like it. So it really is all about choosing the right flowers for you. Not everyone has the same taste or desire for flowers.

Think about a few different things. First of all, you have to consider the looks of the flower. Then if you can take care of it. Followed by the smell and if the flower is toxic or not. That’s when you can make your decision.