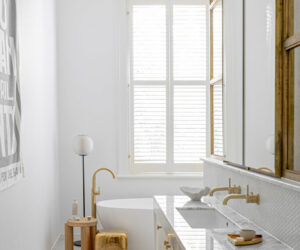 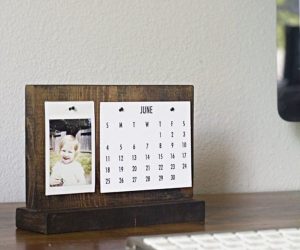 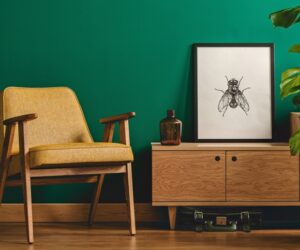 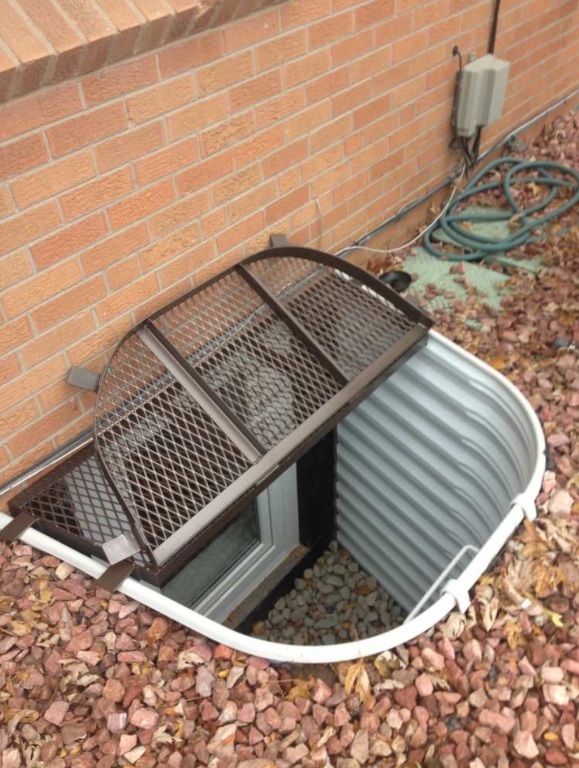 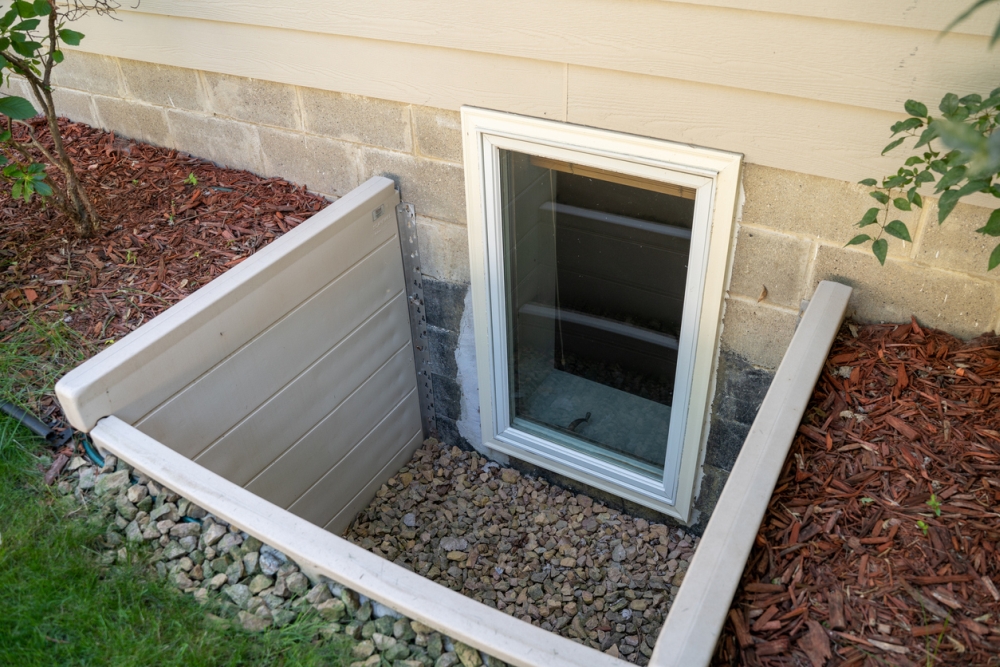 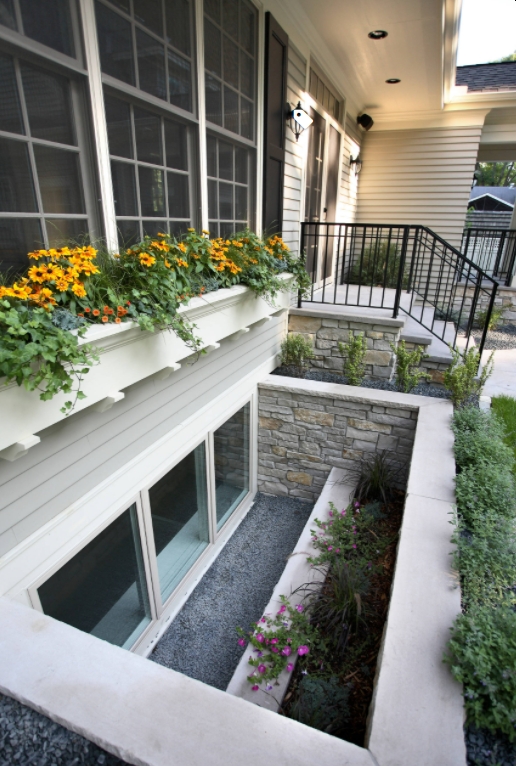 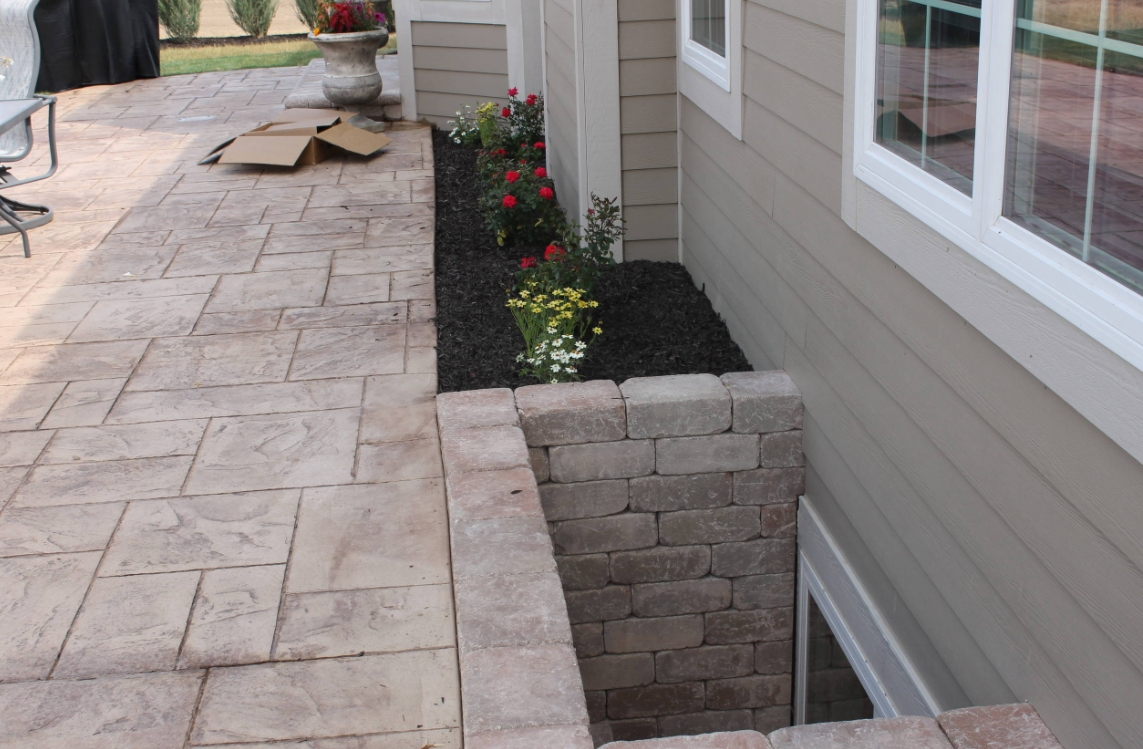 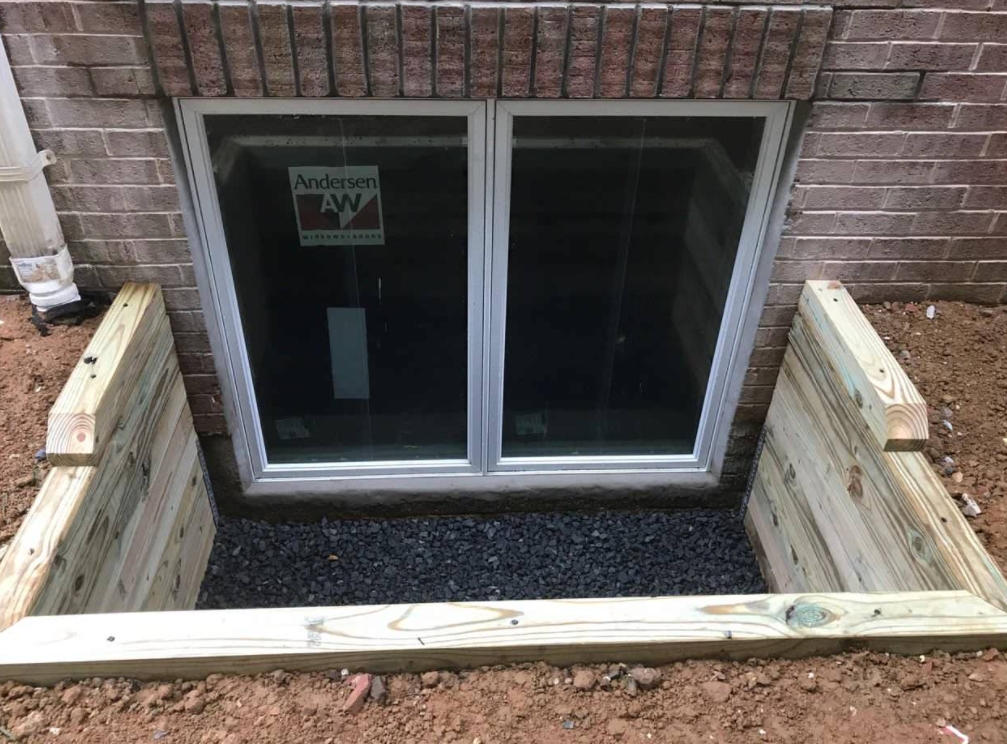 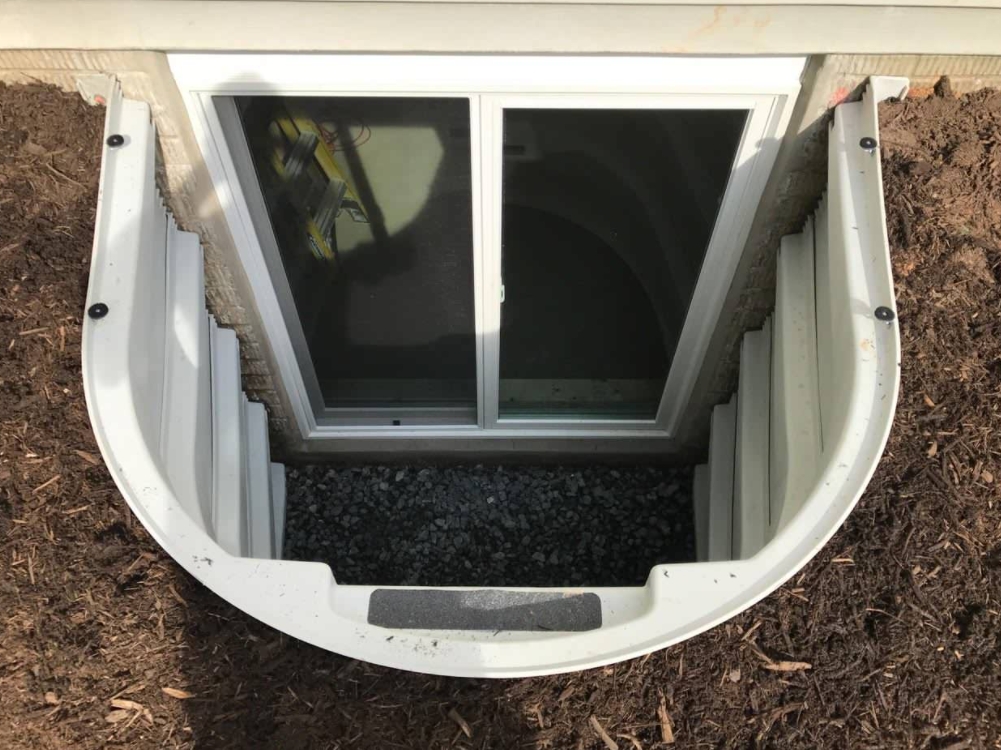 An egress window may be necessary for your home due to safety and restrictions. Luckily, when it comes to an egress window, it not only makes your home safer but also adds value in many other ways as well.

While many basements have a window above ground level at the top of the basement wall, this is hard to get to and not usually large enough to fit through. That’s where egress windows come in to save the day.

What Is An Egress Window?

An egress window is a certain type of window used in basements as an emergency exit. While technically egress window can be used on upper floors, the term egress window usually refers to a below-ground level window.

Traditionally, homes had simple hopper windows which were great for letting smoke escape but left no room for humans to escape. Egress windows are a safe alternative that also allows natural light into a traditionally dark room.

While you can have an egress window as large as you want, it is recommended and sometimes required, to have it at least a certain size. The egress window size requirements vary depending on the region, but it goes something like this.

Square Footage: minimum net clearing of 5.7 sq. ft. Though it would be silly to have your window misshapen, this is a starting guideline for how much square footage your window opening needs to escape. This space needs to be large enough not just for an average human to pass through but a firefighter in full gear as well.

Height: the minimum height requirement for an egress window is usually 24 in. Yes, taller would be much better and most people tend to get nearly twice as large, but then again, this is the minimum, not the average.

Width: the minimum width is usually 20 in. though of course, larger is better. You want to go for something closer to 36 in. for best results but since the window will only be used in an emergency, 20 in. will do.

Distance From Floor: the window usually needs to be no more than 44 in. off of the floor. This is because it can be very difficult to climb out of a window that you can’t access without help. So keep it low.

The egress window code varies depending on where you live. The International Building Code usually dictates the requirements to build an egress window. They make up guidelines for the entire world.

According to them, “Basements and sleeping rooms below the fourth story shall have at least one exterior emergency escape and rescue opening. . . . Such opening shall open directly into a public street, alley, yard or court.”

The windows also need to be able to open without any keys and they can’t have any bars on them. So yes, the window needs to be able to be opened from the inside and the outside. Thinking about security? We’ll get to that.

What Is A Window Well?

Now, if you’re worried about people breaking into your home with a well and a window that can be opened easily, well then you can invest in a window well grate. If that doesn’t work for you, then consider a good security system.

These windows are side-hinged and take up the smallest amount of space compared to other options. Many companies make special egress casement windows these days since they are so popular for basements.

Adding a casement window to any other room is easy. But adding an egress window to your basement is anything but. It’s best to add them whenever you build your basement, but that isn’t always possible.

Note that before you begin, you will need to dig a window well on the outside. You can do this before you start working on the inside. This is a different tutorial entirely, and caution should be taken when doing it.

The first thing you want to do is mark a space for your window. Add enough room for a header, but don’t add more than an inch or two, or else you won’t be able to fill the empty space properly around the windows.

Build a temporary 2×4 support wall only if the floor joists above are perpendicular to the window. This will keep your structural integrity and act as a load-bearing wall while you are building. This is a precautionary measure.

Put the wall about three feet away from the wall. Screw it to the joists above and ensure that it fits snugly and will bear the load of the floor above.

Step 3: Protect Yourself And The Area

You can be as thorough as you want with this step, but it starts with closing off the area that you are working in so that no dust gets anywhere else. Use plastic sheeting on the temporary wall and around to secure it to the floor joists on either side.

Then, put on a mask and goggles. It may feel silly but any contractor will tell you that all of it is necessary if you are working with a saw like this. Especially concrete that can omit harmful dust.

Note: this is also when you want to ensure that you chose the right spot. Up until this point, you can change your mind. Make sure there isn’t any plumbing or electric wires on the other side of the wall under the ground.

Drill a pilot hole with a masonry bit on the bottom side of the window mark in the very center. Drill all the way through the wall to get your pilot hole. This will guide you along your way when sawing the window hole on the outside.

Now that you can see the hole that you’ve made for the direct center bottom of the marked area, you can mark the outside. The easiest way to do this is to make a drill hole at each corner, working your way from the pilot hole.

Now, it’s time to start cutting. It can be scary getting started, but if you have your entire window hole marked, everything should go smoothly. As long as you have a strong saw with a diamond blade equipped.

At this point, it may be a good idea to call in a professional. They can take care of this step for less than $1000 so it may be worth it. If you do it yourself, then make a 1/2 in. groove in the window hole first.

Then, you can go deeper, cutting through the entire wall. Be very careful with this step as the wall will eventually give way and the loose pieces will fall to the ground. You will need to repeat the previous step with the exterior wall too.

Step 7: Knock The Blocks Down

After you knock the blocks all out, it’s time to get a chisel and smooth out the opening. This will create a tighter seal and an even window placement.

In order to keep a waterproof and weatherproof basement, you need to fill the openings in the concrete with concrete. These are the openings that all concrete blocks have and will only need to be done on the bottom, possibly the top.

You can fake them out by filling them with crumpled papers and then filling only the top with concrete.

You will need to use shims and caulk to seal the window. But after you do that step, then you will be done. You can add steps to the window well and dress it up any way that you like. Even turn it into a walkout basement!

Doing It Yourself Or Hiring A Professional

I’ve said this a dozen times and I’ll say it again. Hire a professional for large projects like this when you can. It will save you a lot of heartaches if things don’t turn out right along the way and it is much safer.

If you can afford it, then don’t hesitate to al a professional today for an estimate. Most contractors will give you a good range and most of them will offer binding estimates for a project like this. So it never hurts to ask!