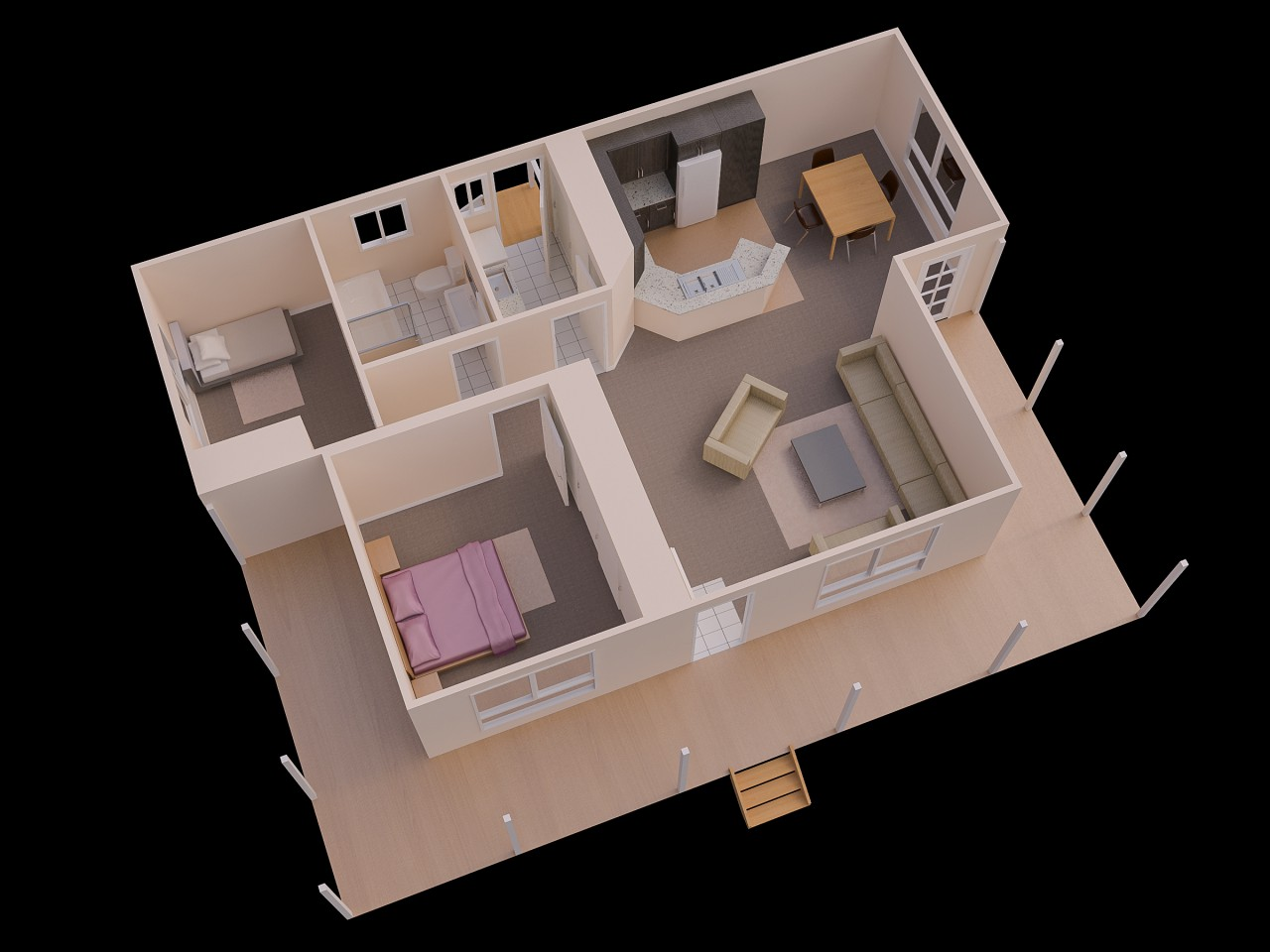 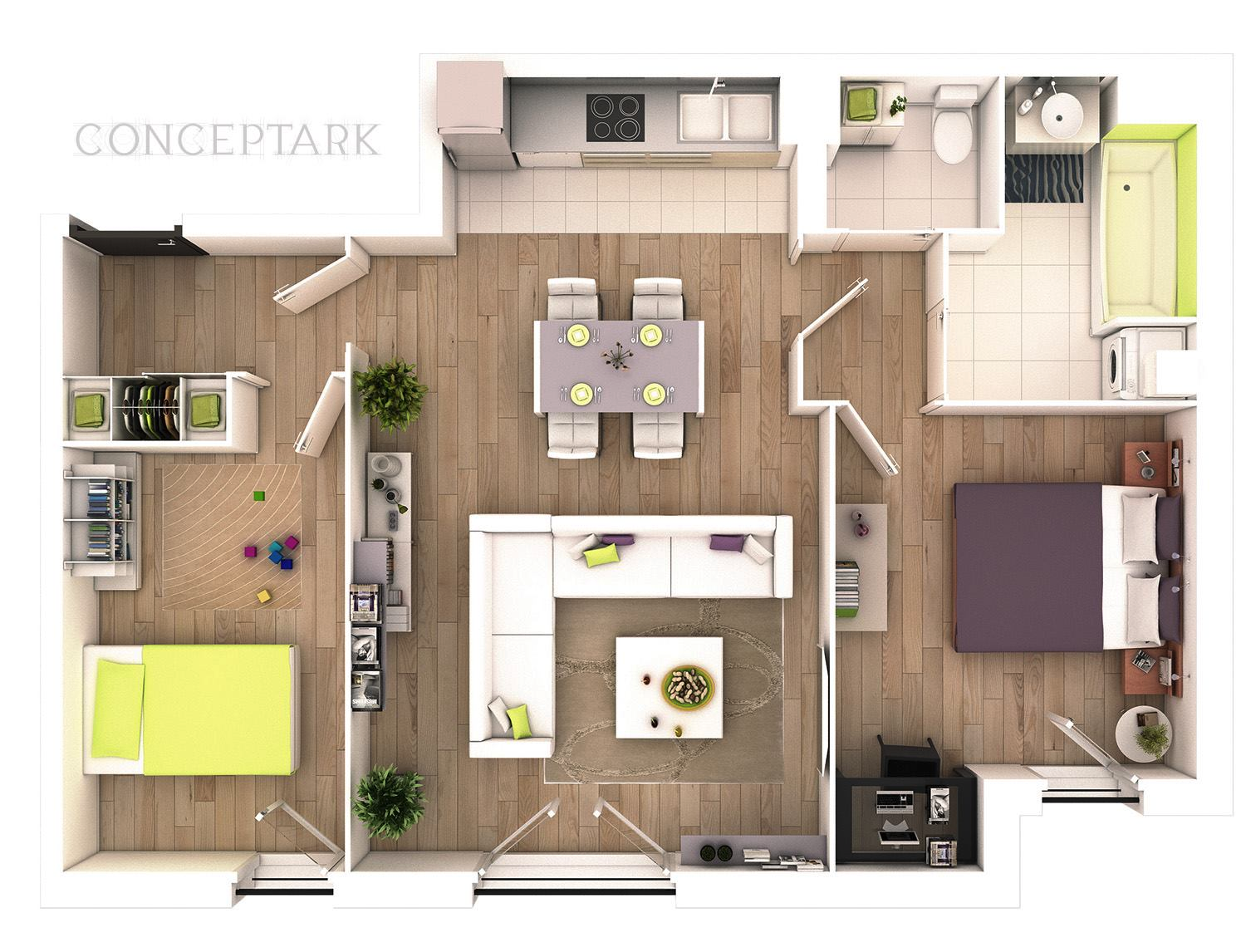 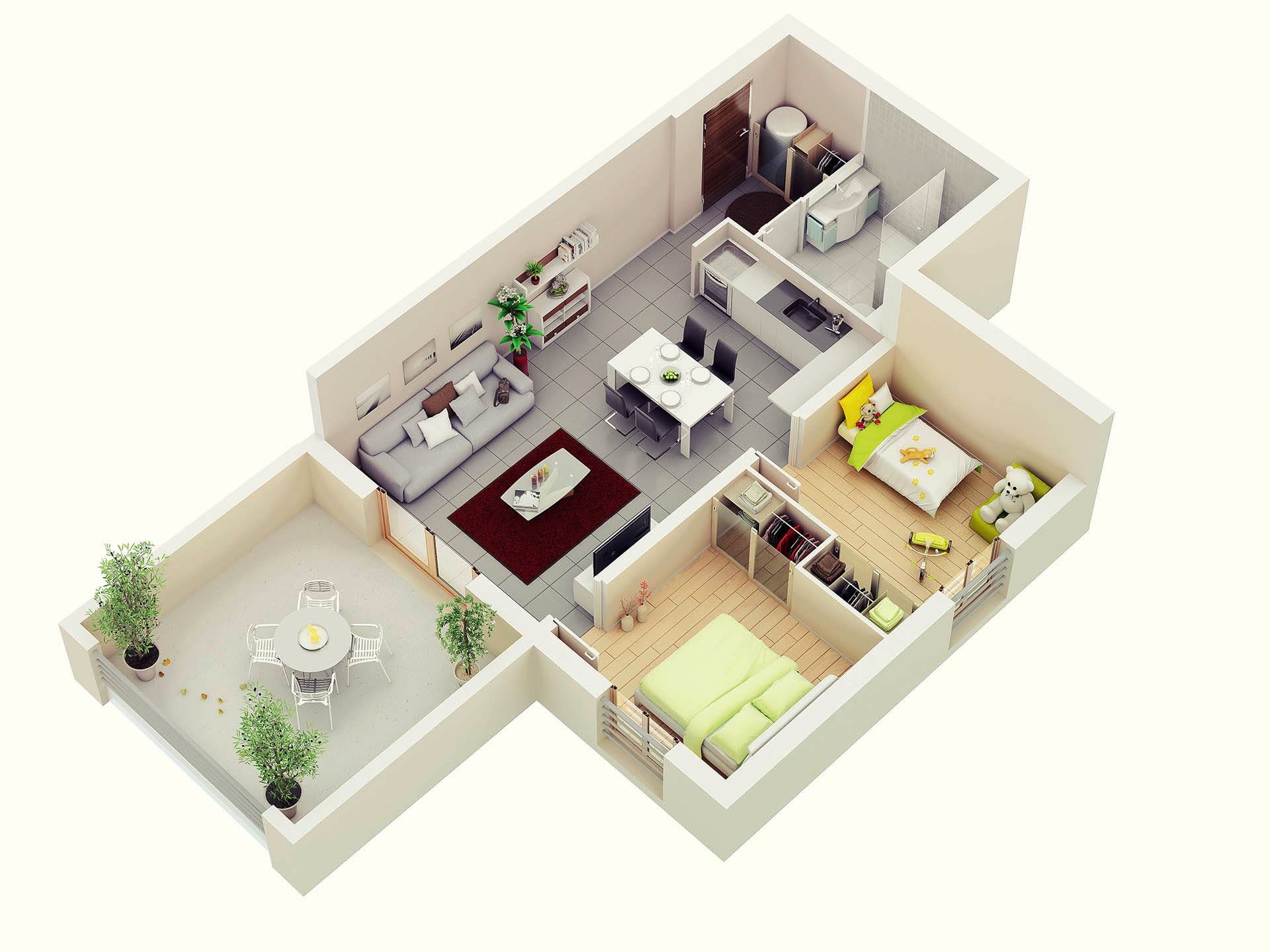 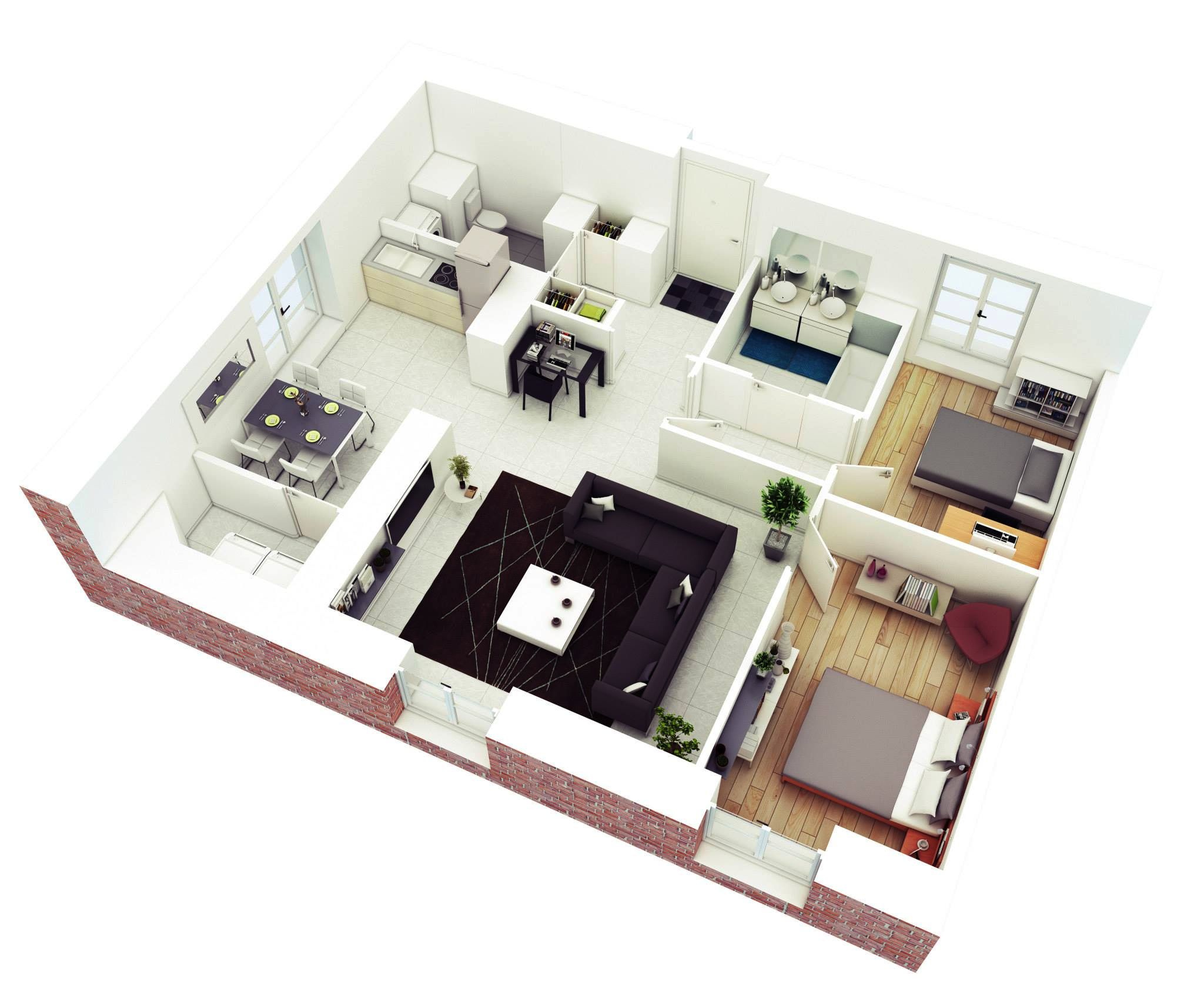 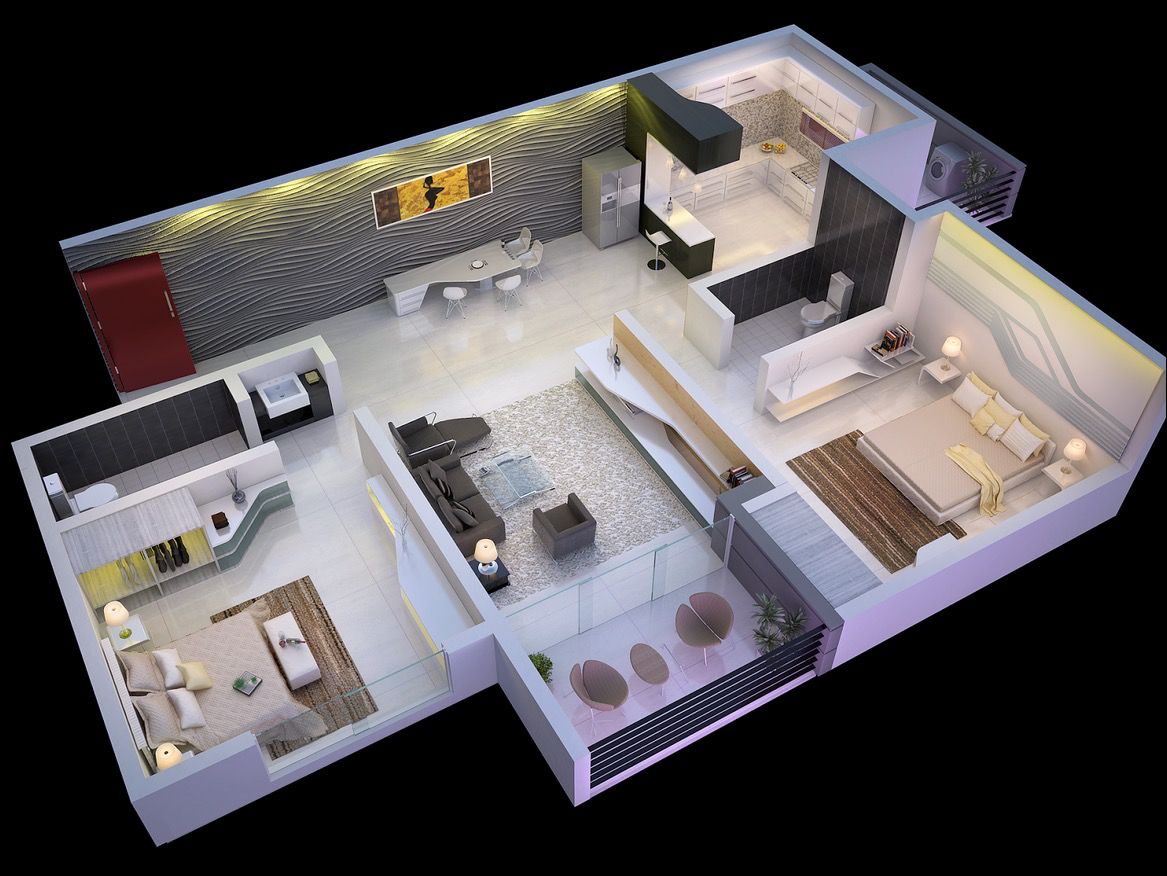 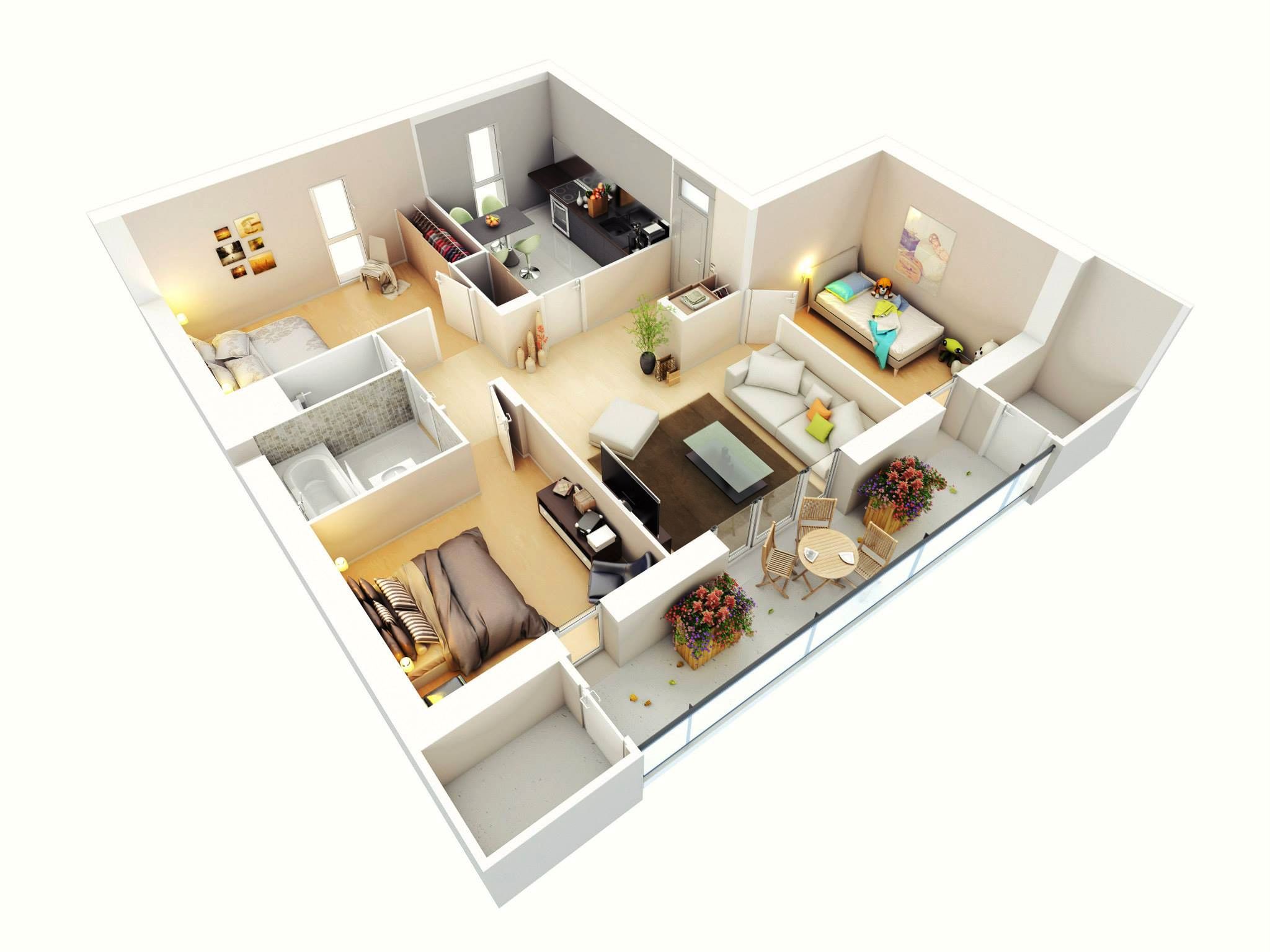 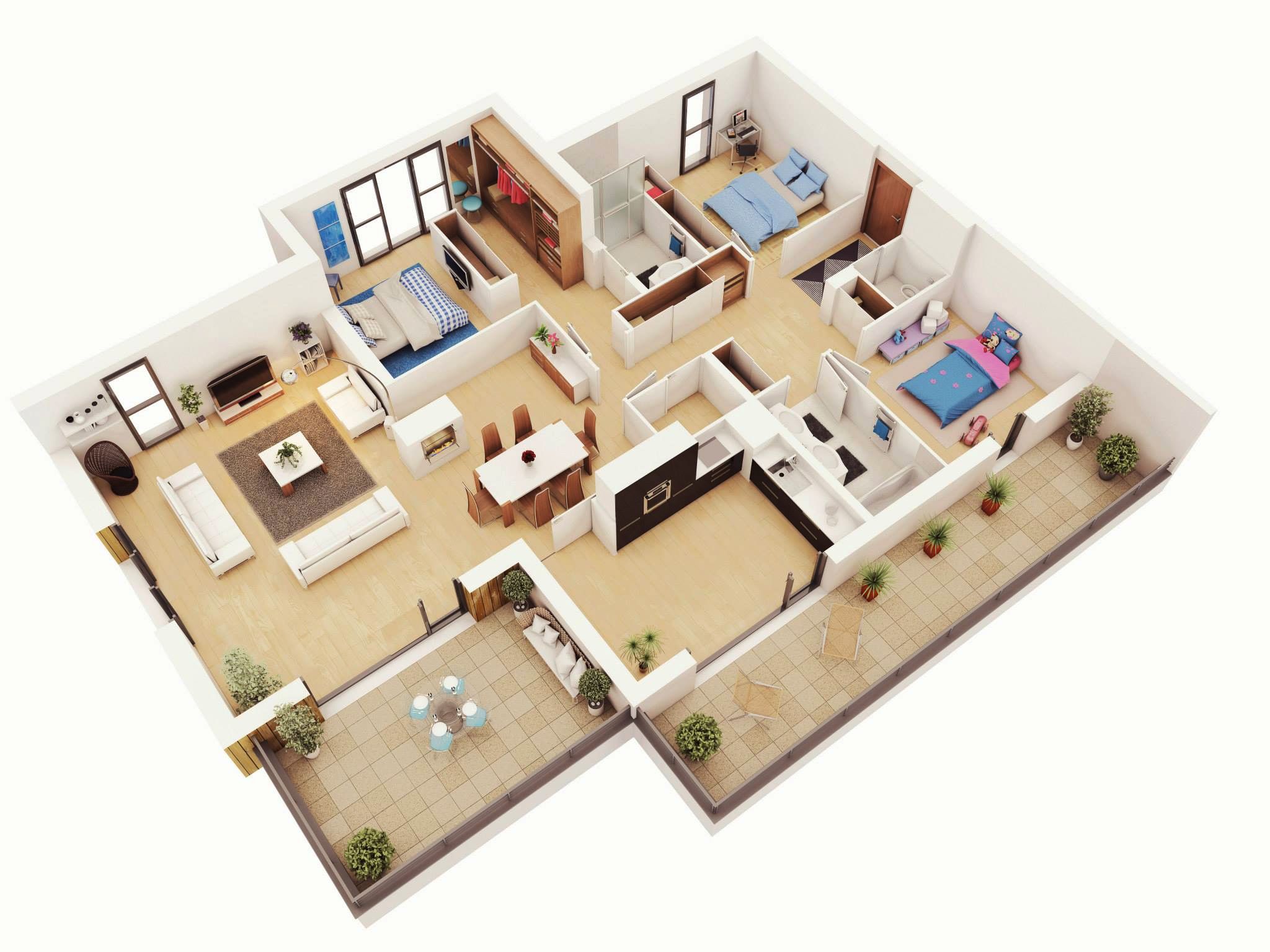 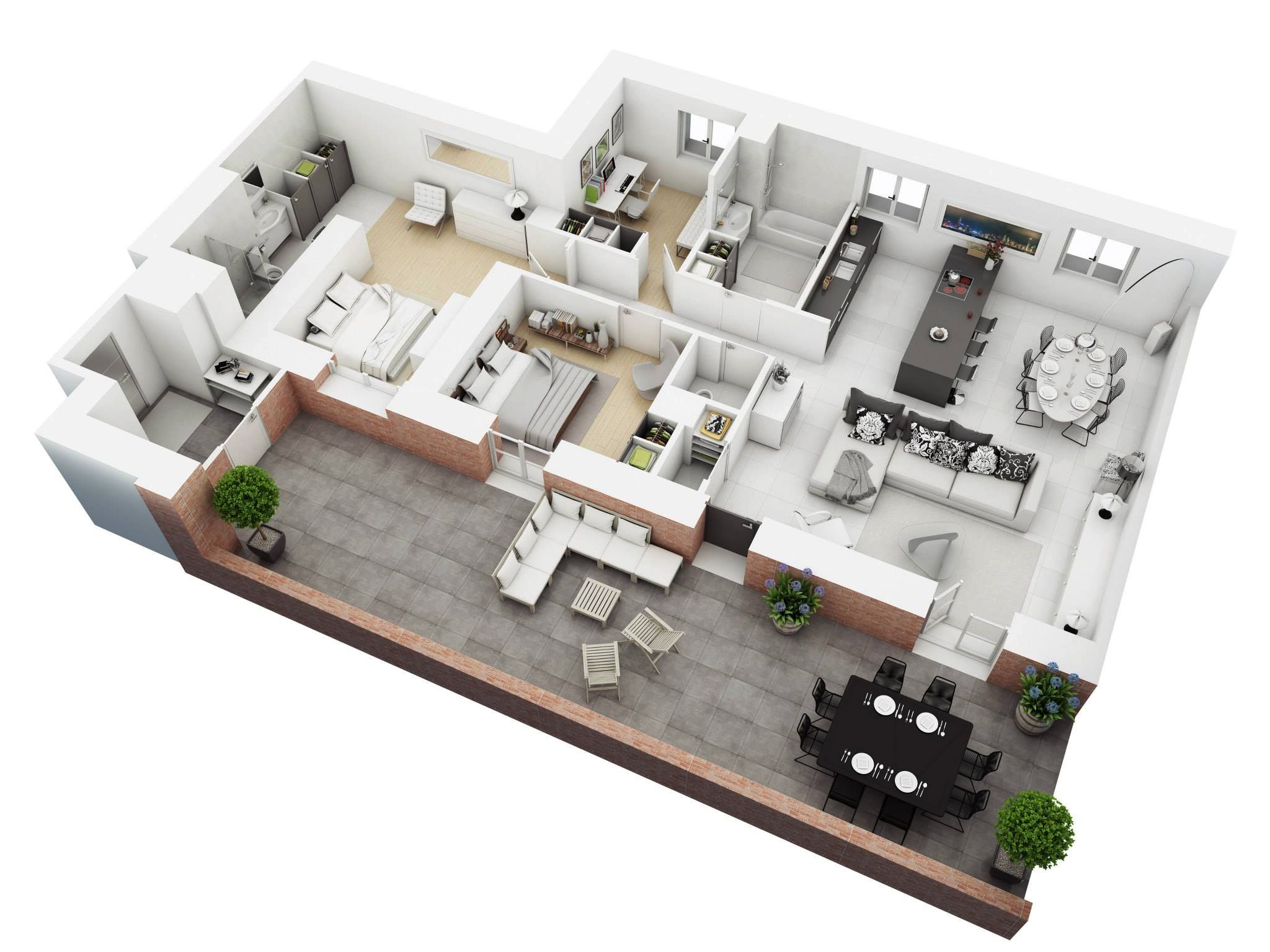 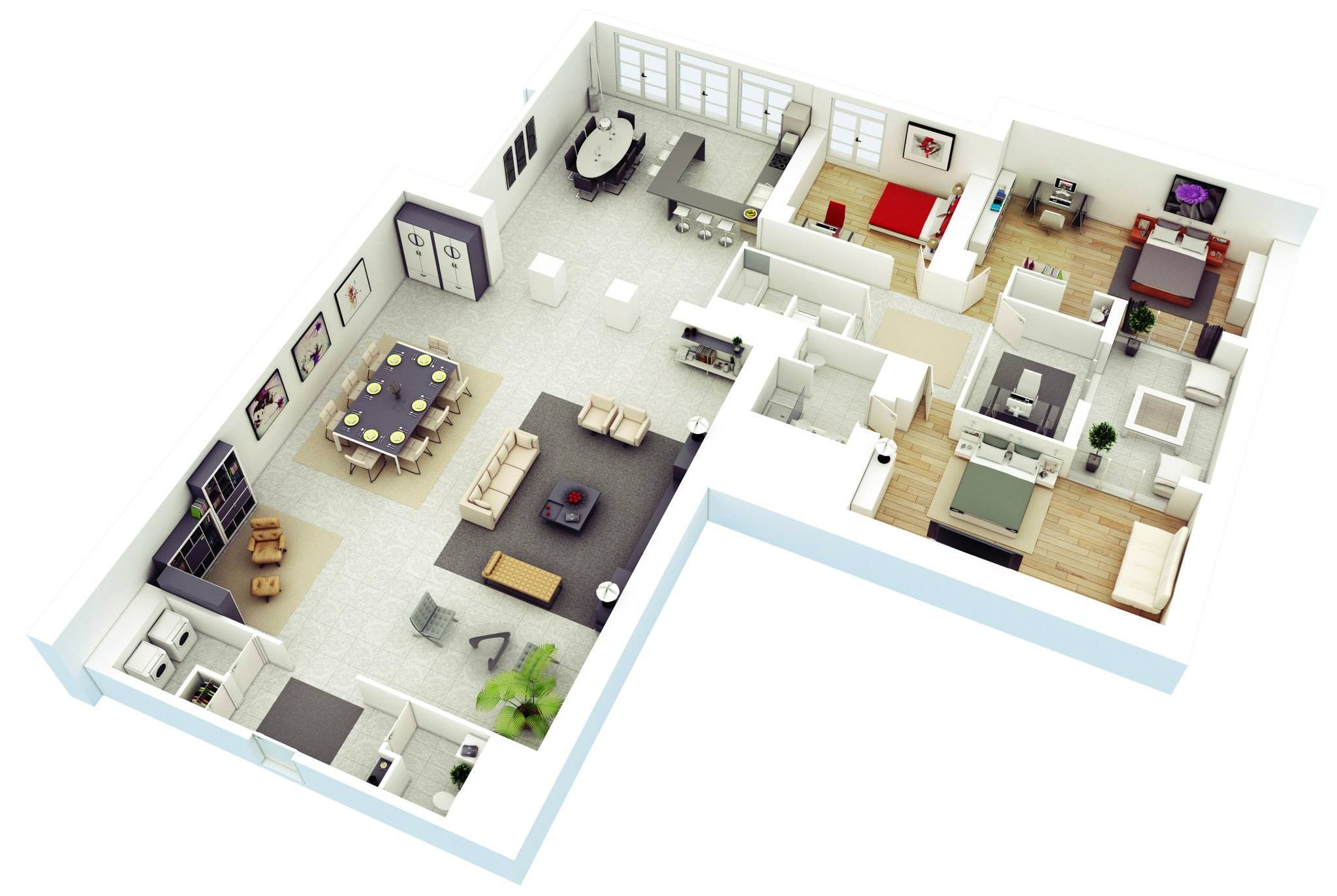 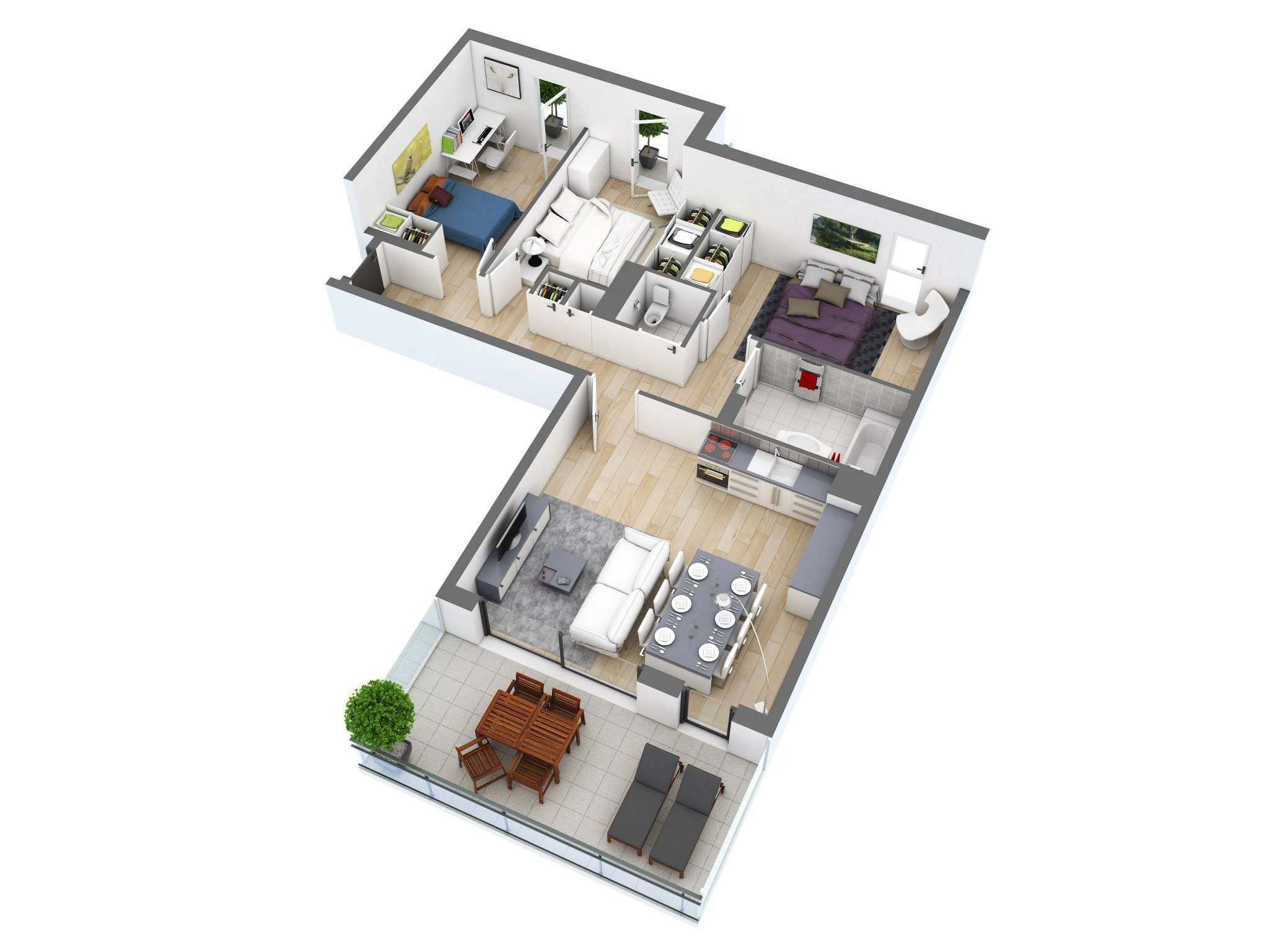 Looking at 3D floor plans created by professional designers and examining them is not exactly a thought that usually comes to mind when you’re trying to figure out what the best layout and design is for your home. Still, doing this can be very helpful. You can find lots of inspiration in these images and come up with a perfect layout that would work for you.

A three-bedroom home offers a lot of possibilities in terms of layout. For example, an option is to keep the bedrooms and the social spaces separate. The result would be a well-organized layout featuring the three bedrooms placed in a row on one side and the shared spaces on the opposite side.

An L-shaped floor plan would ensure plenty of privacy for the bedrooms, separating them from the social spaces. Also, it allows the living space to be large and spacious and even to share an open plan with the kitchen and dining areas.

Another option is to sacrifice one of the bedrooms and transform it into a home office. A valid idea for those who don’t need the third bedroom and can do great with just two. Usually it’s the smallest of the bedrooms which gets to change its function.

Since it’s a three-bedroom home we’re talking about, we can safely assume that at least one of the bedrooms is for the kids. A layout which allows both the parents and the kids to enjoy their freedom and privacy features the bedrooms separate.

In this layout, each of the three bedrooms gets to have its own corner. However, this puts the living space at the center of the house, not ensuring a lot of privacy and tranquility for the bedrooms.

If there are only two bedrooms to worry about, things should theoretically be simpler. But, even so, there are plenty of different options to take into consideration. If the two bedrooms are placed on opposite ends, this means that one could be the master bedroom and the second could be a guest room or a kids’ room and they would both enjoy their privacy.

When the two bedrooms are placed directly next to each other, this allows them to occupy the far end of the home away from all the noise from the kitchen and dining area, although the living room would still share a wall with one of them.

A layout like this one has the bedrooms clustered at one end, the large shared living area at the center and the bathroom and balcony or terrace at opposite ends of the social space. It’s a really great layout for families that enjoy spending time together before retreating to their own rooms.

This a smart division between all the different areas in a two-bedroom home. The living space is at the center along with the kitchen, the bedrooms are placed at opposite ends and the bathroom occupies a corner. {found on conceptark}.

If it’s a house we’re talking about, then a large porch could be a big plus. This one wraps around the living room and one of the bedrooms, leaving the bathroom and the smaller bedroom share a compact portion.{found on westbuilt}.