By Emily Medlock | Published on May 3, 2021
of 3
What Is A CMU Wall
Types Of CMUs
How CMU Walls Are Installed
CMU Walls And Types Of Cinder Blocks
Buy Now 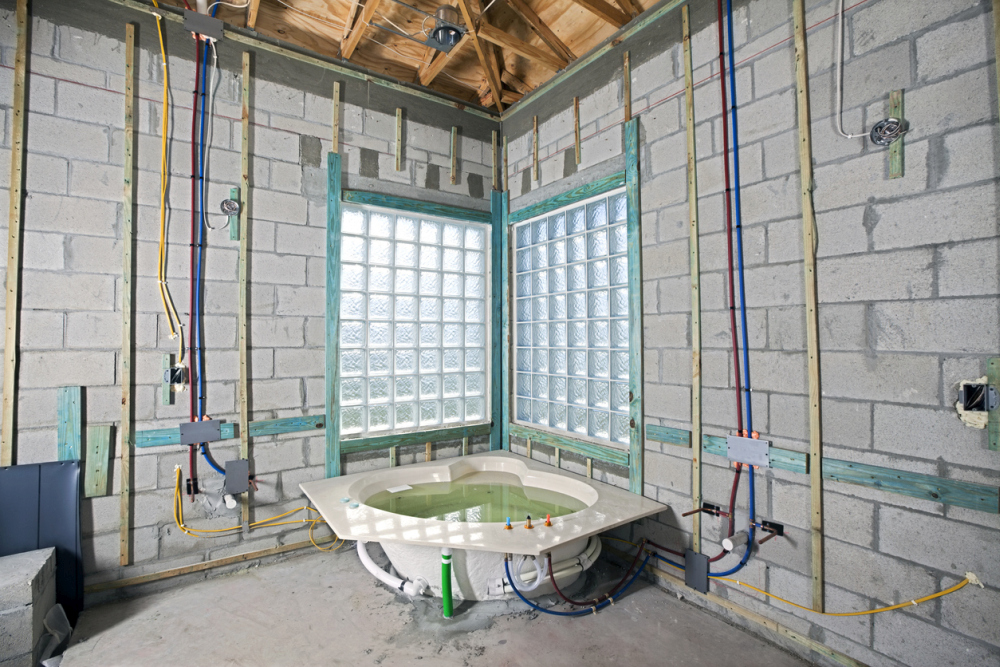 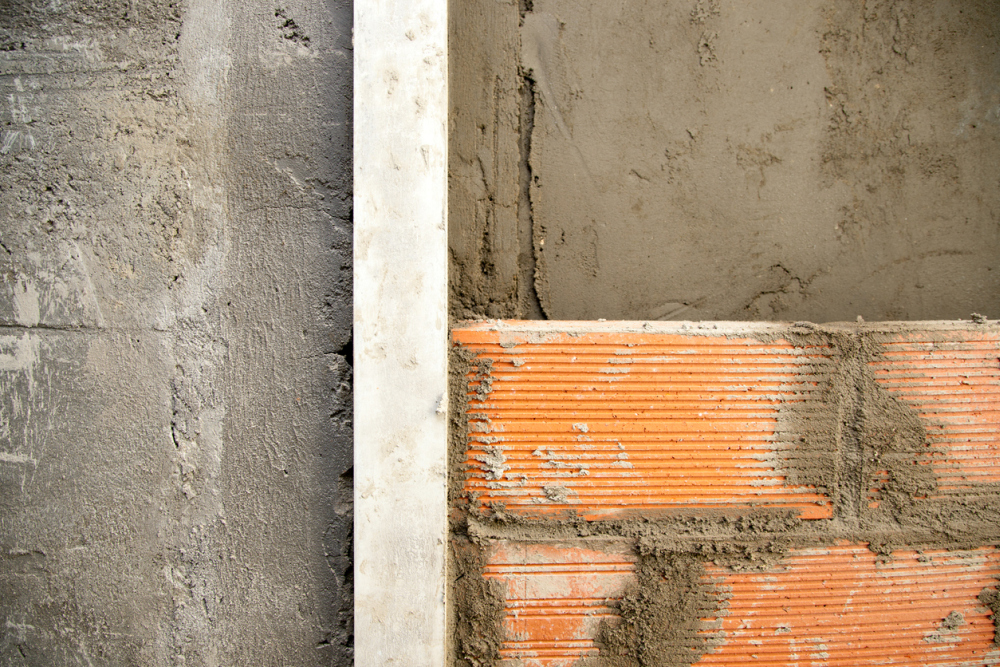 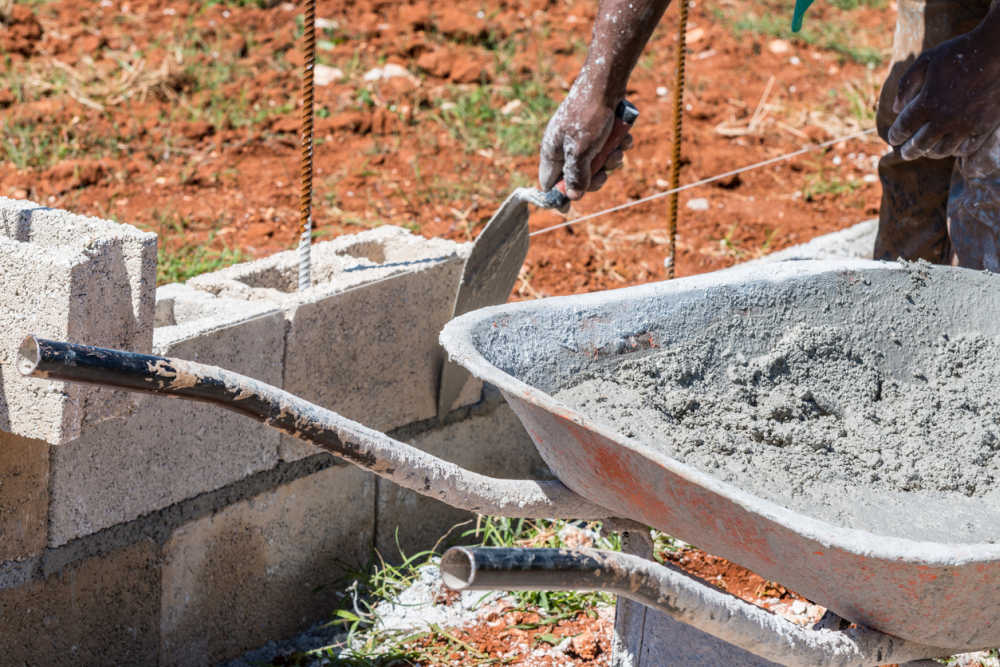 CMU walls are built with concrete blocks called cinder blocks and they come in so many more shapes and sizes that you can imagine. They are more versatile and cheaper than bricks, which is also a common industrial wall type.

What Is A CMU Wall?

A CMU wall is a wall made of CMUs or concrete masonry units. These units are also called cinder blocks are used to construct concrete walls and buildings. They aren’t often used in residential homes, but they can be.

CMUs can be quite useful for homeowners and there are many projects you can do with them. Check out these cinder block projects for inspiration and ideas that you can take on with any budget at all.

Keep in mind that knowing what each one does isn’t important for most people. Because masons already know each type and what they are for, you can ask the one that installs your CMU wall to teach you their uses.

The stretcher block is the one you will see most often. It is a simple cinder block with four lips. Two coming from each end. This gives room for mortar between them, making for a stronger hold. They are the most common type of CMU.

The kerf block is similar to a stretcher block but the ends are flat. Instead, a small slit is cut in the center of the block and all six sides are completely flat. The two large holes are still apparent on the inside.

A double corner looks just like a kerf block but doesn’t have the slit in the center. It is flat all the way around without any protrusions or holes save for the two large holes in the center that give it a lightweightness.

A single corner block is like a double corner block only one side has a stretcher end. This gives it to protrusions on one side while the other side remains flat. The two large holes are still present as always.

An open-end CMU block allows for vertical reinforcing by opening one end which gives space for different types of reinforcements. One end is just like a kerf block while the other is open, the block looking like an A from the top.

The double open-end block looks like an H from the top and has two open ends. It also allows for vertical reinforcing But isn’t as structurally strong as closed-end blocks or even a single open-end block.

The knockout bond beam blocks are made to go along with bond beams. They have slits that allow mason to locate horizontal reinforcing by viewing them through the slits or knocking out the spaces easily.

A U lintel looks like a U from the end and allows for a lot of horizontal reinforcement. But it isn’t as structurally strong as a bond beam so it hasn’t completely replaced the bond beam even though it allows more room for reinforcements.

The sash block is a popular block because it allows joint control for doors and window frames. There are slits on each end in the center that you can place next to a frame and have it places securely even without mortar.

Bullnose blocks have one rounded corner that can be used on the corners of buildings for a rounder look or to prevent accidents caused by sharp corners. They look quite nice compared to the square blocks.

Scored blocks have slits in them that allow for a more secure setting with mortar or to allow rebar and other materials to set more securely. The number of scores varies based on the needs of the mason.

Ribbed blocks have slits like scored blocks but they always have multiple slits whereas the scored ones only need one to be considered scored. The ribbed CMU blocks give a lot of room for the mortar to stick to.

Column blocks are C-shaped if looking from above and are usually used to make columns. They are often placed with their open ends together to create a perfectly square concrete block when mortar is applied.

Columns with pilasters are just like column blocks with a square on the outside of each one on top. They look like Ps with a C back to back. They are very unique CMUs with limited used, though they can create gorgeous architecture.

How CMU Walls Are Installed

CMU walls are installed by stacking the blocks one by one as if they were bricks and using mortar to adhere them to one another. This is just like building a LEGO wall as a child with large LEGOs. Only each type of CMU works differently.

While traditionally mortar is used, there are certain types of blocks, as previously mentioned, that can lock into each other and work without mortar. In any case, galvanized steel is usually used to support them from the inside.

Even though it sounds simple, it is important that a professional mason install CMU walls. Because even if they aren’t load-bearing walls, it could be catastrophic if one would fall over, crushing anything beneath it.

Why Use CMU Walls

CMU walls are one of the strongest types of walls you can have. They also don’t require much maintenance and can withstand most storms, including hurricanes. Not to mention, they are much cheaper than bricks.

Here is a complete list of everything we love about CMU walls:

Why Not To Use CMU Walls

There really aren’t that many negatives to CMU walls. But they do have their drawbacks. For example, they tend to absorb moisture. This can be prevented with a moisture barrier as a glaze is applied to the blocks.

CMU walls also take up a lot of room and can be quite bulky. They look modern, or industrial, as well so they don’t fit every design style. And finally, it’s difficult to make changes or even install windows in CMU walls.

With wooden walls, you can take them apart if need be but CMU walls need to be demolished to make changes that could affect the structure of the home. So what you install is what you will have to live with.

How Many Types Of Cinder Blocks Are There For CMU Walls?

The two categories for CMUs are hollow and solid. These have mayn variants, but there are around sizteen main types, most of them are lsited above under Types Of CMUs which you can easily reference.

How Do You Build A CMU Retaining Wall?

How Much Do CMU Walls Cost?

CMUs cost around $3 per block. Some can cost up to $5 a block or as low as $1 a block. But the average is around $3. So this can help you figure the cost for your project if ti uses CMUs as the building material.

How Much Mortar To Use For CMU Walls?

Getting the right amount of mortar can be tricky. On average, you will use a formula which includes multiplying the area of thewa by .02. This will give the the amount of cubic yards needed for an average CMU wall.

Are CMU Walls Right For Me?

This all depends on what you’re looking for. If you prioritize safety from storms and seek long-lasting materials, then CMU walls could be perfect for you. But if you care more about aesthetics, then they may be better for your storm shelter alone.

Although some people do like the look of CMU walls, they kind of box in your design style. They work for some styles but tend to not work as well with more farmhouse or beachy looks. But that doesn’t mean you can’t experiment!