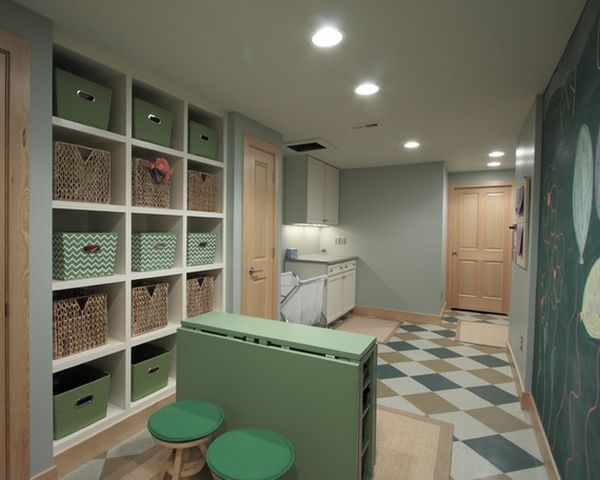 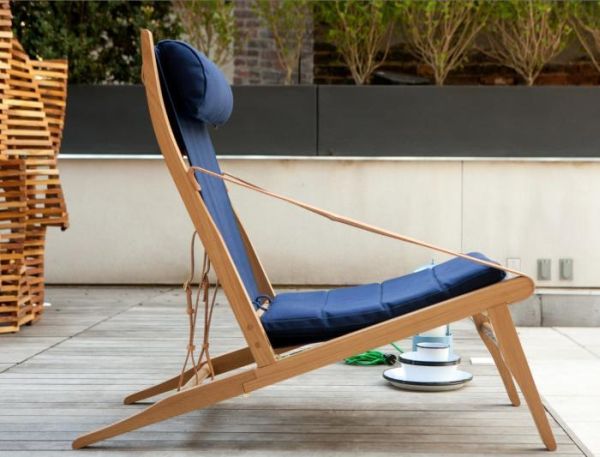 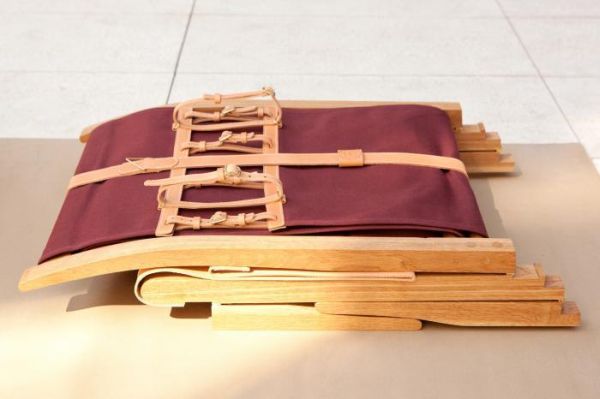 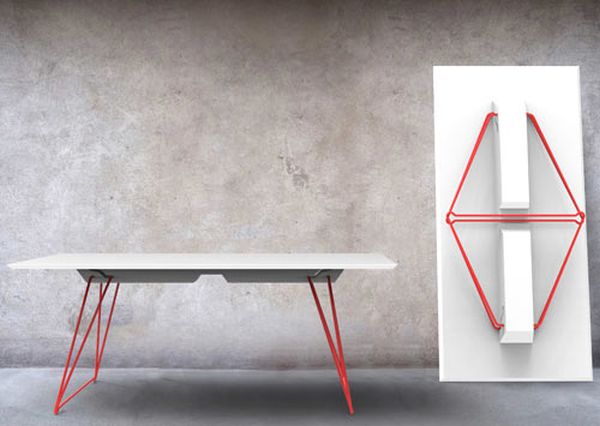 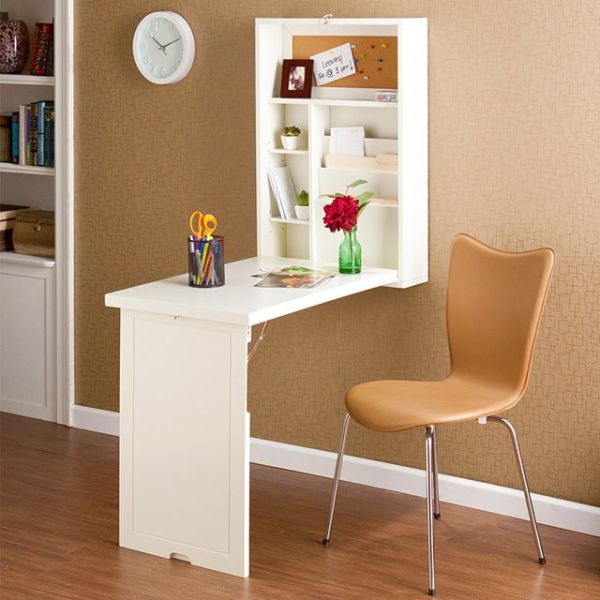 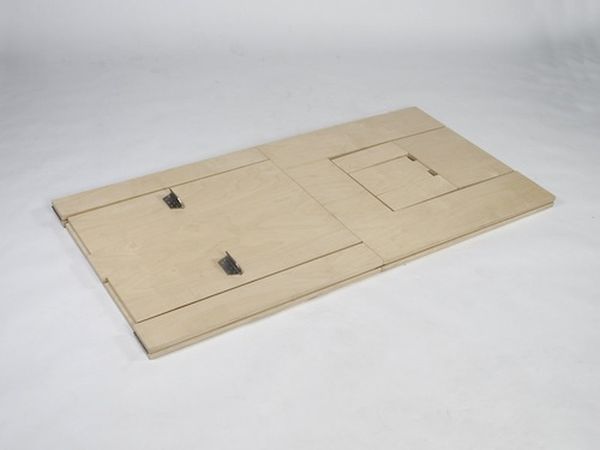 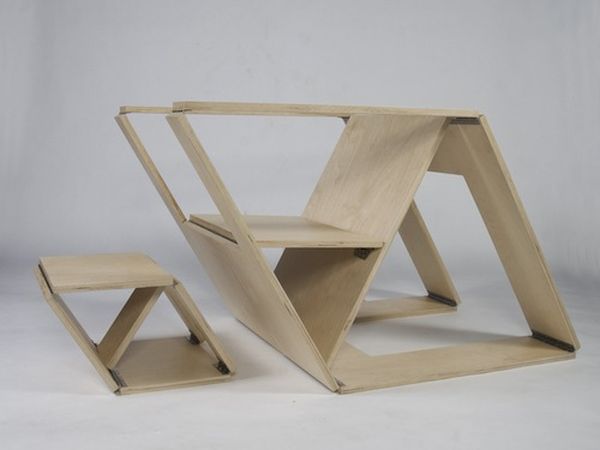 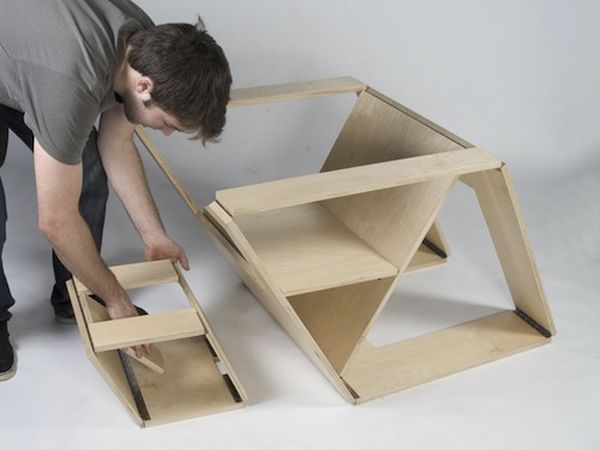 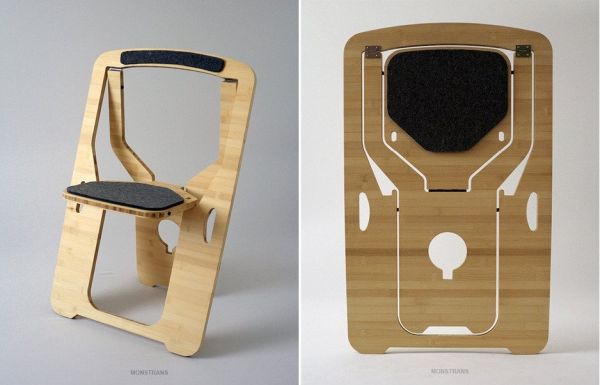 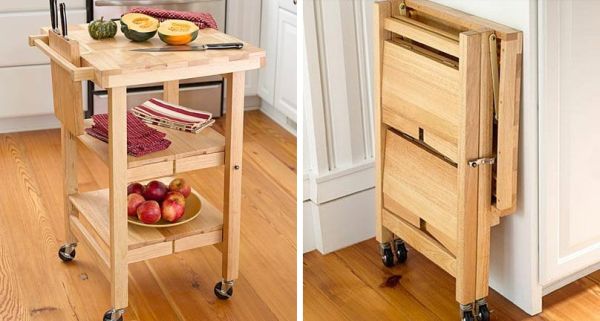 Folding furniture is usually a great option for small spaces. It takes very little space when not used and it becomes as functional and great as any other type of furniture. But you don’t necessarily need to live in a tiny home to opt for folding furniture. It’s something that’s always great to have around. For example, folding chairs make perfect extras when you have guests and the same thing can be said about folding tables.

Not all kitchens are big enough to accommodate an island. Of course, a kitchen island is always useful so an option can be to have a folding one. You can use it only when you need some extra counter space and the rest of the time you can hide it behind the door for example.

Folding chairs are some of the most useful pieces of furniture. But usually they’re not exactly great space-savers because they still need plenty of space when stored. But we just found this great chair. It’s composed of three parts with three hinges and, when folded, it’s perfectly flat. This means you can have a comfortable number of these chairs without needing a lot of space to store them.{found on site}.

Folding furniture is full of surprises. You never know what it can be transformed into until you actually do it and sometimes you can have a huge surprise. For example, these two flat sheets of wood can easily become a chair and an ottoman/footstool. Who knew you can have such comfortable furniture hidden behind such a mysterious design.{found on site}.

A frequent problem in small homes is not having enough room for a workspace so you either use the kitchen table or island as a desk or you sacrifice this space for something else. But what if you could have a desk that doesn’t take more than a few inches of space when not used? It’s the case with this folding desk which also has storage compartments.{found on fancy}.

Folding tables are extremely common not just in small homes but also in large spaces simply because you never know when you’ll need more counter space and it’s always good to have it. What’s great about this particular folding table is the design and the way it unfolds, with a sturdy yet sleek base.{found on site}.

How many times did you wish you had a seat in the shower? It’s a very practical thing to have in the bathroom because it adds comfort. However, most bathrooms are small so they don’t have room for such accessories, which is why a folding shower seat is the perfect solution.{found on site}.

Space is also usually limited in the balcony. Some balconies are long and have beautiful panoramas but they’re also narrow so there’s not enough room there for a table. The solution to the problem can be very simple: a folding table.

Lounge chairs are extremely comfortable and great to have on the porch, on the deck, by the pool or even in the garden. But they have to be brought inside when not used and they take lots of space. of course, if you have folding lounge chairs it wouldn’t be such a big problem.{found on site}.

Folding tables are extremely practical and useful in lots of cases but there’s one room in particular that could greatly benefit from such a piece of furniture. We’re talking about the laundry room where a table is crucial when you’re folding laundry but where space is also important the rest of the time.

Not everybody has a huge backyard so sometimes we have to choose between having lots of room to play and having a barbeque area. But thanks to this wall-mounted grill you could have both. This is a folding grill which takes very little space when not needed. It can be mounted at any height and it’s also great for decks and even for balconies.{found on site}.