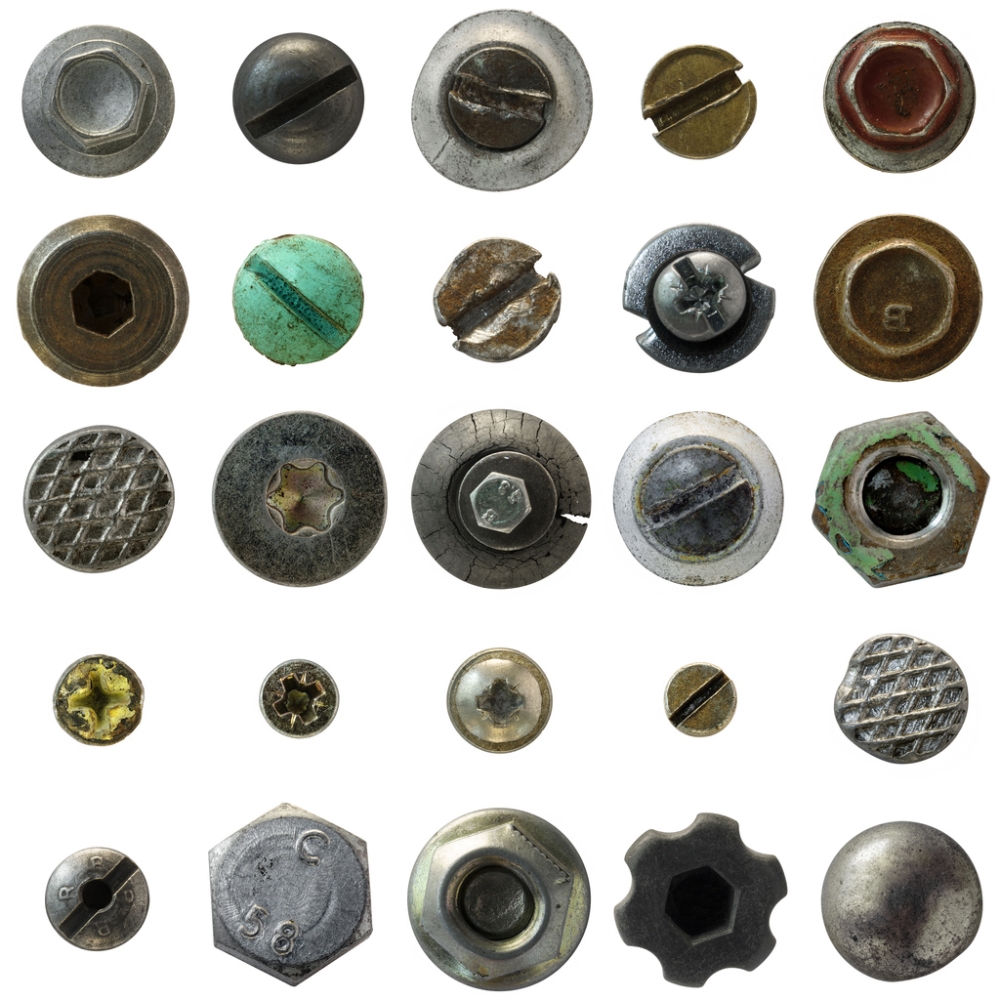 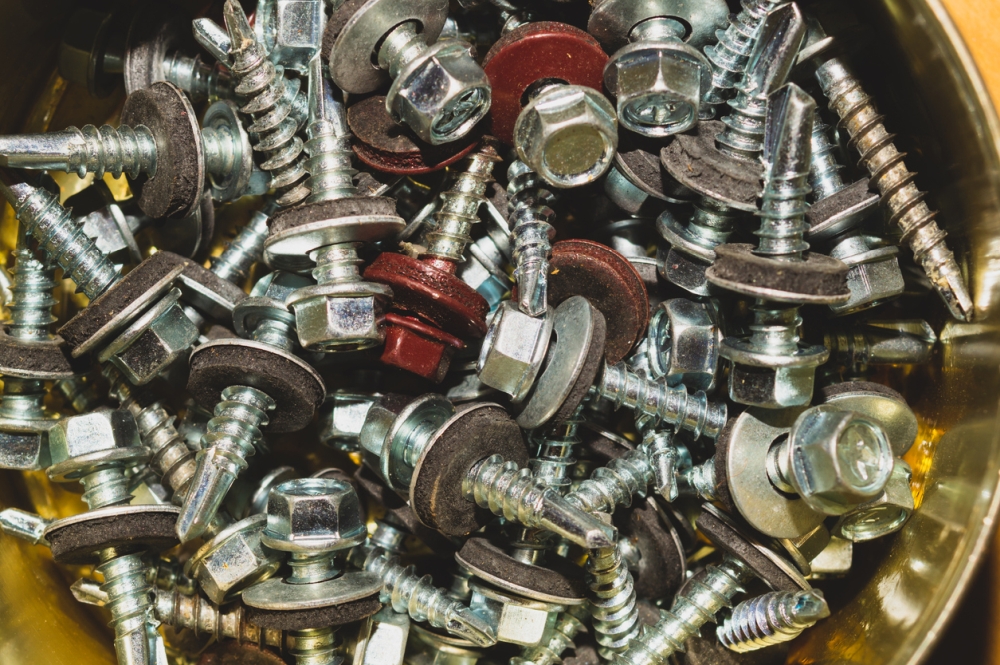 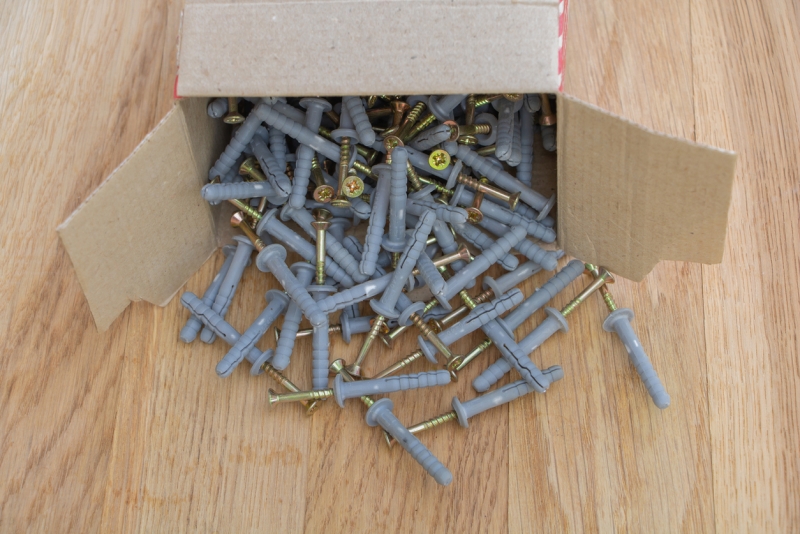 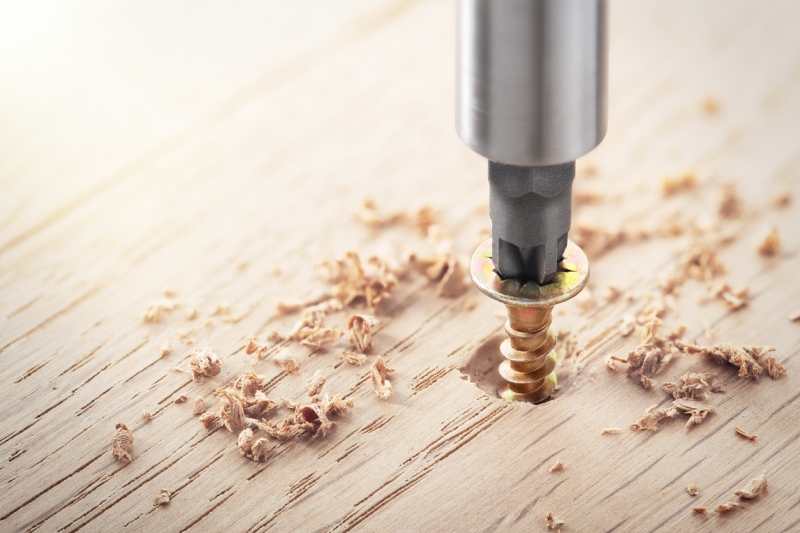 Types of screws can prove useful to learn. Not only will it help you when picking out screws to use for your project, but it can also help you understand the science of construction a bit better.

Why do some screws work for one project and other screws for another? If you’re an inquisitive type then you have definitely asked yourself a similar question before. Well, today is the day to start learning!

History Of The Original Types Of Screws

The screw was one of the first simple machines that were a combination of other simple machines. It is said that Pythagorean philosopher Archytas of Tarentum from the 5th century BC is the inventor of the screw.

However, the water screw was invented by Archimedes two centuries later. It likely wasn’t until the dawning of AD that a screw that we would recognize today was used. The first screws in this case were wooden.

But still, two thousand years is a long time for a simple machine to develop and a long time for it to be in use. Since then, we have had substantial progression but the screw has remained all but the same.

Screws and bolts are often confused for one another but the difference is quite easy to spot. A bolt is a non-tapered fastener and almost always comes with a washer and nut to secure it to the structure.

Whereas a screw is tapered and can secure a structure without any help. It has a sharp point as well so it can dig into objects that a bolt cannot. Bolts usually need holes drilled into the object before they are bolted in.

A nut is a type of fastener that serves no purpose unless used with a bolt. The nut is a ring-shaped piece of metal that screws onto the underside of the bolt to secure it to an item. Nuts aren’t used if the bottom of the bolt is hidden.

Washers are flat discs with holes in the center that work to secure the washer and help with weight distribution. While they aren’t always completely necessary it is recommended to use washers when you use bolts.

Types Of Screws by Purpose

Drywall screws have a very specific purpose. They are to be used for drywall and sheetrock alone. These types of screws are always short never exceeding three inches in length because drywall is never very thick.

They are designed to countersink so that they are easy to mud but don’t leave a hole in the wall nor tear the paper of the drywall. This type of screw is very easy to use and screw in as long as they are made for the purpose you are using them for.

Wood screws are smooth right under the head and have very coarse threads that allow them to give you a stable hold of the wood. They are designed to hold boards together by pulling them closer without the head sinking into the wood.

When using wood screws, you want to choose a length that will go about 2/3 of an inch or so into the bottom board. So if you are using two 2×4 boards then a screw that is around 2 1/2 inches should do nicely.

When it comes to width, things are less touchy. Most screws for wood are around the same width though you can find larger screws for certain purposes and tiny screws for trim and molding around doors and ceilings.

Outdoor wood screws are also galvanized to prevent rusting. So if you are doing an outdoor project make sure you look for exterior screws.

Sheet metal screws are used for sheet metal like tin or aluminum. These are used often for roofs and even for siding on occasion. The screws are quite different from standards screws aren’t as easy to use.

Sheet metal screws can have a rounded or flat top with a threaded body, or shank. Unlike wood screws, their threading doesn’t stop, it continues all the way up the shank to ensure a secure hold for the metal.

Because sheet metal is thin and often attached to another thin material, sheet metal screws are almost always very short. Sometimes even a quarter of an inch.

Deck screws are a type of wood screws but with distinct differences. They are very long with only about half of the screw covered with threads. They are used to attach deck boards to the deck’s joist.

There is a lot to learn about deck screws because they are so unique and serve a single purpose. They are made to be used outdoor and often come with a special self-tapping package. Learn more about deck screw here.

Concrete screws are also known as masonry screws or anchors because they don’t have a pointed tip. While this type of screw is considered a screw it is more like a bolt because it isn’t pointed at the end.

It is very difficult to screw into concrete so even if you did use pointed screws you would still need to use a drill to drill a hole into the concrete first.

They are often used in machines where the screws need to sink down. They can be secured with an Allen wrench or a screwdriver. But they aren’t as easy to hold or secure as other types of screws because they are small and headless.

Machine screws are often used in machinery, hence the name. They can be found in cars, tools, and electronics. They are very strong and bolt-like. Though despite popular belief, they can have flat heads or rounded heads.

Most families won’t find a use for machine screws unless they come in a kit. You won’t buy them often unless to replace screws but in that case, you should be able to take the broken screw in to match.

Now that we’ve gone over the types of screws, it’s time to dig into the head types. It’s important to have the appropriate tool on hand in order to screw in your screws properly. Here are the different screw head types.

The Phillips’s head is the most common type of screw head type. It is used for wood screws, drywall screws, and just about any other type of screw in existence. You can use a drill or Phillip’s screwdriver to secure it.

The flathead or slotted screw head needs a flathead screwdriver or drill to secure it. Though it isn’t as popular as Phillip’s screw head, it is common still. They are used to prevent stripping that happens with Phillips.

Other Types Of Screws

The combination screw head is great because it lets the user choose whether to use a flathead screwdriver or Phillip’s screwdriver. They are becoming more popular because they are more versatile.

The Allen or hex screw head has a small hexagon slot that you need an Allen wrench to tighten. Oftentimes, machinery or hard-to-reach places will have this type of screw head because the Allen wrench can be thin and is bent.

The star bit is also quite popular for drills because it is easy to fit into the bit without stripping the screw. They are common with deck screws and are great for large screws that can’t use a Phillip’s head.

Finding The Right Types Of Screws

Finding the right screw is easier said than done. Unless you have a lot of experience with the type of project you have, it can be hard to find the right one. Luckily, there are only a few things to consider.

The first is safety. It’s important that the screw is strong enough for your project. Especially if it is a product that will hold weight like a chair, shelf, or of course a house. So make sure that it can hold up.

Then, it’s important that the screw doesn’t stick out the end, or else it could tab or scratch someone. So make sure the screw isn’t too long. You need to get good measurements of your project if you want to get the right screws.

Finally, will the screws be visible? Sometimes, it’s important that they are while other times you want them as hidden as possible. If they are visible, then remember that you can get different metal finishes to suit your tastes.