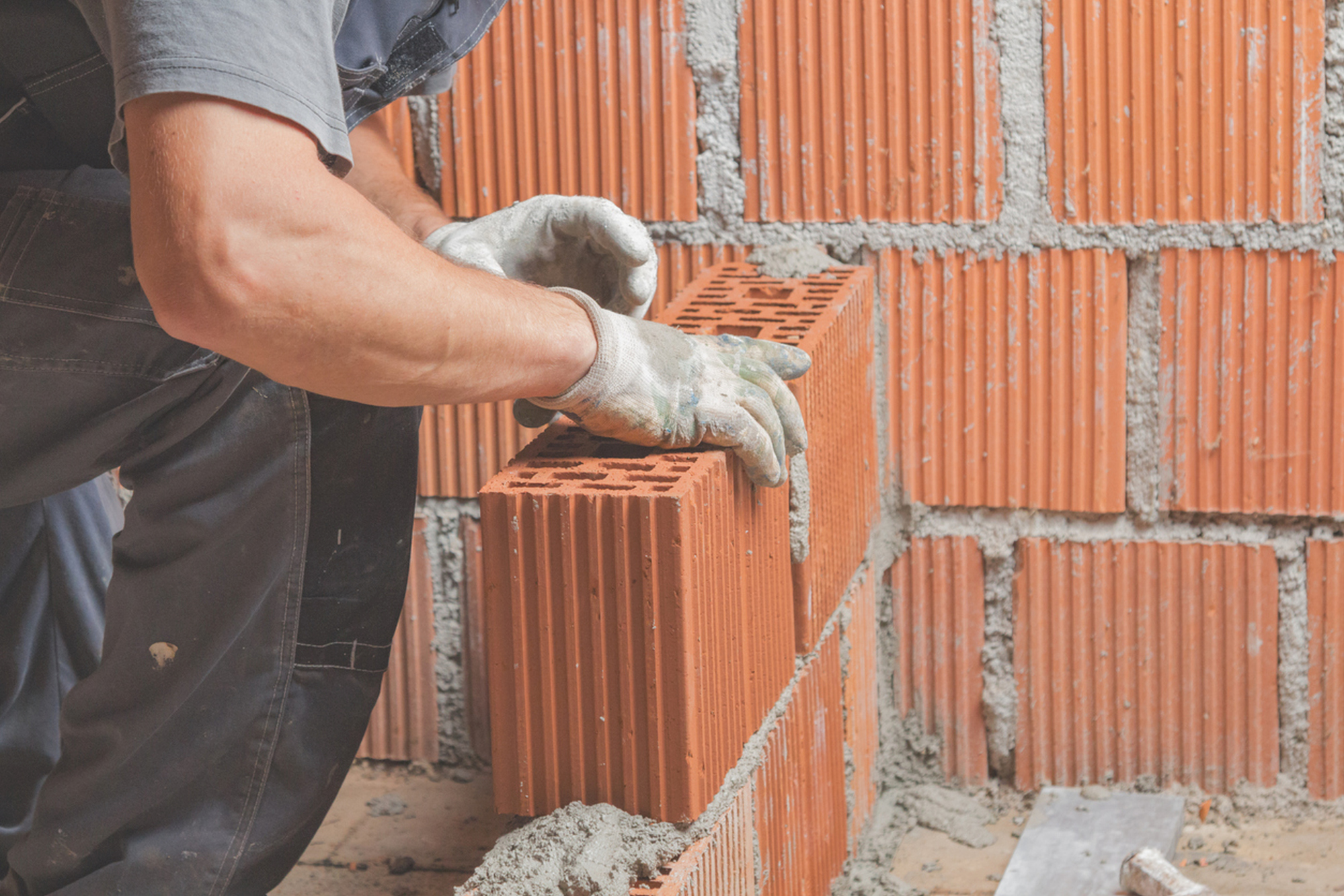 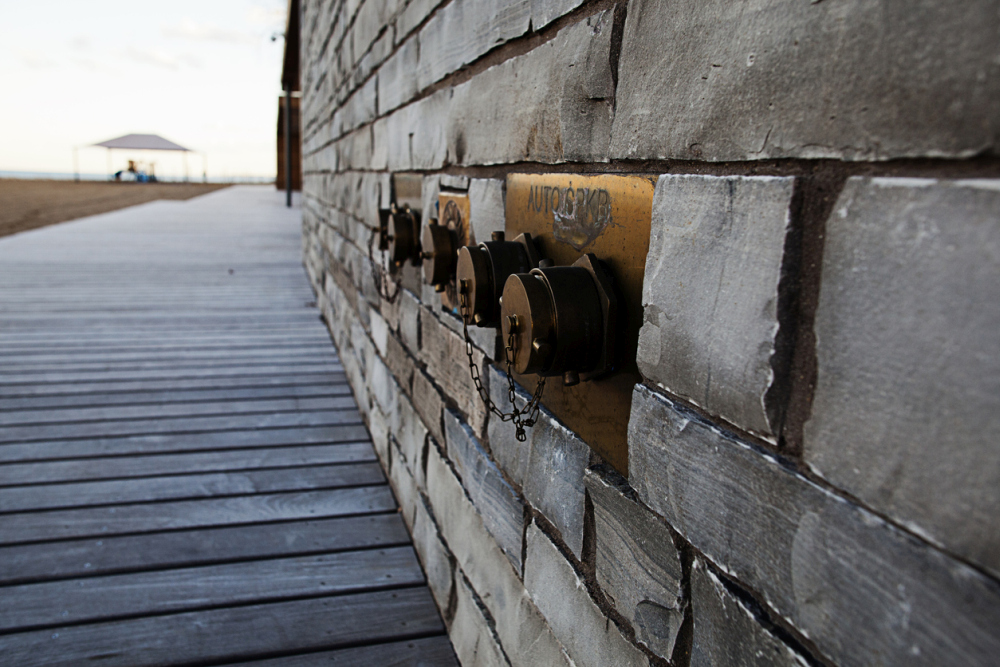 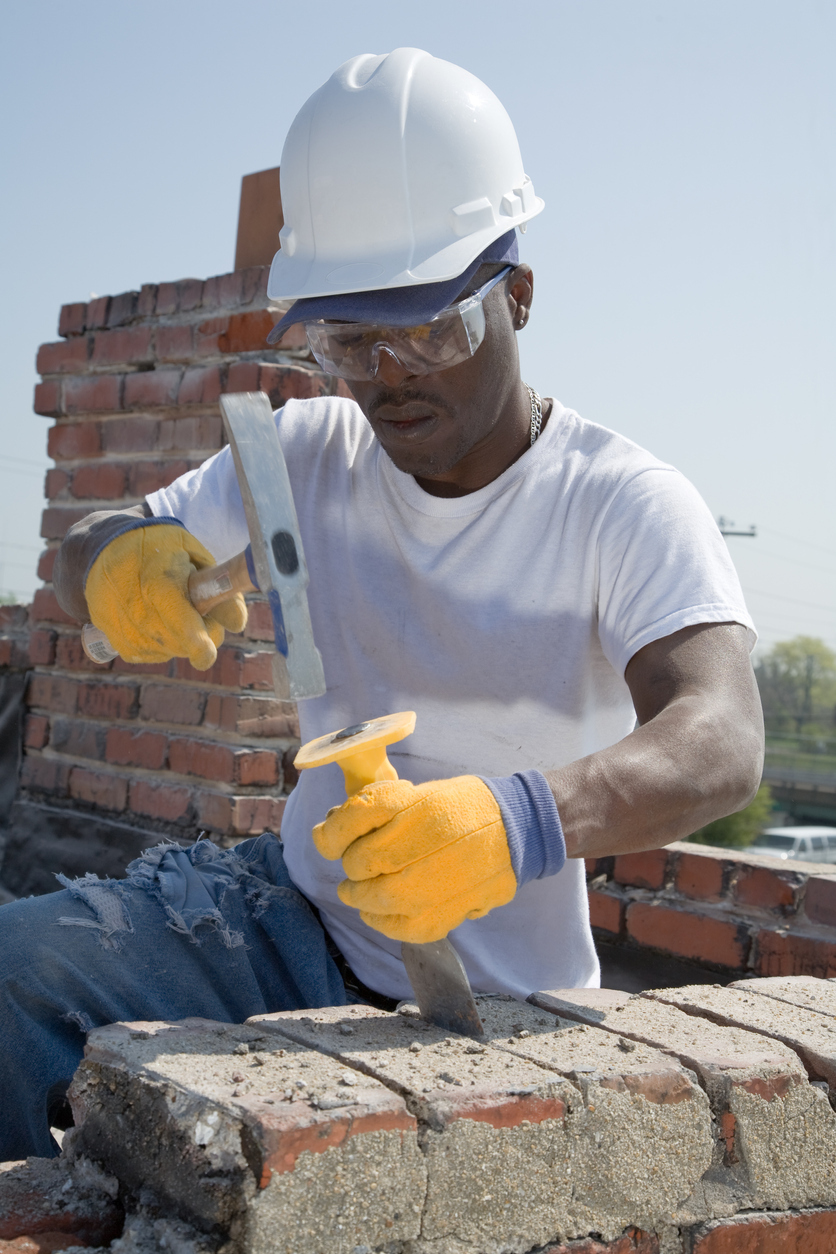 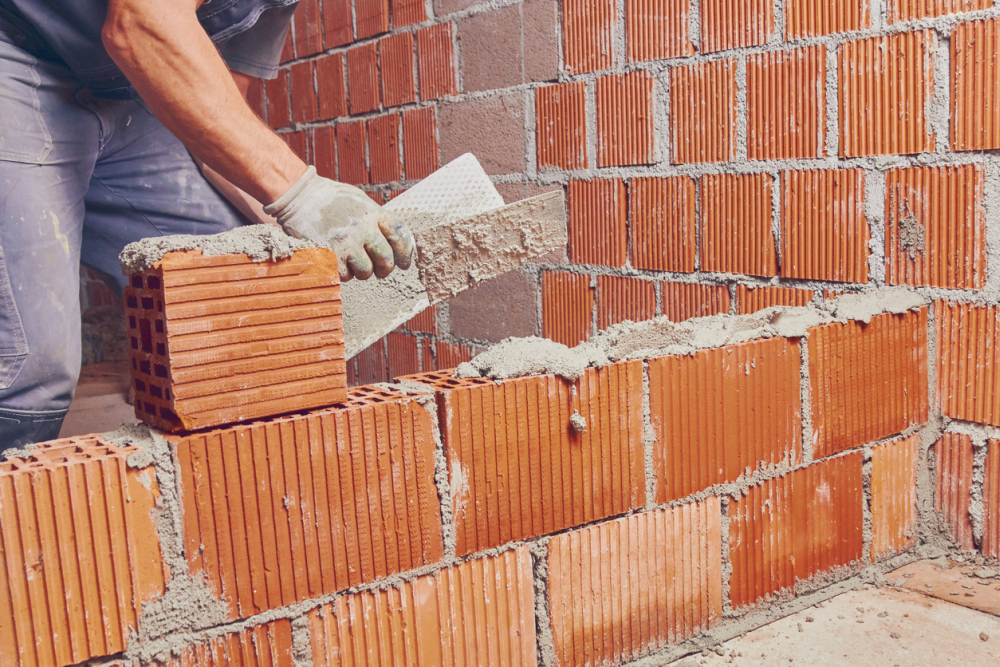 Tuck pointing is something you probably know the meaning of but don’t know it yet. But in today’s world, with the internet at our fingertips, it’s so easy to find out anything that we don’t know in mere seconds.

So why not educate yourself? When it comes to bricklaying, one of the most important terms you can learn is “tuck pointing” because it’s something that needs to be redone regularly to keep a clean and sturdy structure.

What Is Pointing? The Beginning Of Tuck Pointing

Pointing is the finishing work or mortar used between bricks or stones. Pointing is usually done with mortar or cement and can be redone at any point to change the entire look of the wall, fireplace, or structure.

This mortar is necessary for a few reasons. The main reason is to be an adhesive to hold the bricks together. But it also acts as a joint to break up the bricks to give them a tasteful and customizable look.

Pointing is also important for sealing brick to make a water barrier and weatherproof brick structures. Without it, the brick would let water, debris, and more into homes causing an array of problems.

The pointing job itself is the original pointing done. This shouldn’t be confused with repointing which is done to old brick. Let’s talk more about repointing since it is more common than simply pointing when done DIY.

Repointing is simply pointing that is redone after the previous pointing job begins to fail. There are a few different ways to repoint, one of them is tuck pointing, which completely levels out the brick wall.

If you want to know more about repointing in general, then check out this guide in repointing which goes more in-depth about the simple parts of repointing. You can even learn how to do it yourself!

What Is Tuck Pointing Specifically?

Tuck pointing is a way of using two contrasting colors of mortar in the mortar joints of brickwork. It is often used as an illusion technique where some joints are the same color as the brick and others s sharp contrasting colors.

It can be fun to play with tuck pointing to find a good balance. For large joints, you can mix the two types of mortar and make the bricks appear larger and the joints appear smaller, giving a more even and refined look.

Since smaller joints are known to be more expensive, tuck pointing is highly sought after. It is a way to fake out the high-end look for a relatively low price. It can also be done DIY which is a huge plus.

Why Does Mortar Need To Be Repointed?

There are many reasons why mortar joints deteriorate. One of the most common reasons is that it wasn’t done right in the first place. However, blaming faulty joints in brick on this won’t do you any good.

There are other causes as well. Such as erosion caused by bad weather that has worn down on the wall over the years. Or perhaps the wall had more built on top of it when it wasn’t meant to be a load-bearing wall.

Although bricks can last hundreds of years, the mortar itself rarely lasts more than half a century. Most of the time, repointing needs to be done every twenty to thirty years. You know it needs to be repointed when it starts to crumble.

How Much Does Tuck Pointing Cost?

Professional tuck pointing isn’t all that expensive and averages out at about $12 per square foot. However, each area is severely different, so checking mason rates in your area is your best bet at getting an estimate.

But if you do it yourself, you will end up paying about $1 or less per square foot since you won’t be paying for labor and materials are cheap. However, this comes with a long list of cons that a professional won’t face.

What Tools Do I Need For Tuck Pointing?

Although tuck pointing isn’t easy, there are only a few tools that you need for tuck pointing jobs. Here are the most useful tools you can buy to make tuck pointing easier when you do it yourself.

A trowel is the most important tool you can have when it comes to anything that has to do with mortar. You can use it for pointing, repointing, and tuck pointing to spread mortar across joints and layers of brick.

A grinder used for tuck pointing and really speed up the process of tuck pointing. Although you can use a chisel instead, a tuck pointing grinder is much faster and more efficient. If you can afford it, then get it.

Although you can buy cheaper paintbrushes instead of masonry brushes to clean off joints, masonry brushes are recommended. Get a set to make the job go smoothly as they are quite inexpensive even if you get a nice set.

How To Tuck Point

If you decide to tuck point yourself, you can follow this quick guide to get you started. Make sure that you have a brick color like white and a color that matches the original brick exactly for the best results.

Get all the tools you need ready before you get started as having to make a trip in the middle of your project can be such a hassle. Especially if you’ve already mixed your mortar and it needs to be used quickly.

Remove the existing mortar joints until you have about one inch out of each joint that needs to be repointed. The easiest way to do this alone is with a chisel and hammer, especially if you don’t have many joints to do.

But if you have a big job ahead of you, then don a mask and get a professional tool. You can rent tools like this from hardware stores or buy your own if you plan on doing a lot of repointing in the future.

Now it’s time to clean the joints. Dust them well then wipe them with a damp rag. Let it dry and give it a final dusting. If there is any debris left then the new mortar won’t stick which makes your job pointless.

So make sure the joints are super clean, even if you have to knock loose pieces of brick and mortar away and clean it again. This will save you a lot of time and effort in the end, giving your brick a longer life.

It’s a good idea to try to match the old brick by adding pigment as you mix the new mortar. But if you can’t and are okay with the natural color then go ahead and mix it as you normally would. Make sure you have the contrasting color as well.

It can be hard to match old brick exactly, but since most brick is a similar color, you can take a sample to the hardware store and they can match it quite well. They usually also accept exchanges if it isn’t right.

Fill the joints with the new mortar, starting with the horizontal joints. Try to copy the old work to blend in with the wall well. Take it slow to make sure you have an even and deep fill as you go rather than speed through it.

Only do about a foot or so at a time. This may be tedious, but it will be worth it in the end. So take it slow and alternate the different mortars to get good coverage with each one. Treat this like a work of art.

Step 5: Smooth It Out

You can either make the joints flush with the bricks or indent them with a tool or your finger. There are two different looks and both are equally accepted in bricklaying, so do the look that you prefer. Apply lime putty if you wish and then you’re done.

It can be a good idea to add tape or use a flat tool to make sure that the lines are straight. You want to make sure there is a definite line between the dark mortar used to replicate brick and the white mortar for contrast.

When Should You Tuck Point?

Tuck pointing is exceptionally harder than simple repointing. However, tuck pointing looks much higher-end in most cases. But if the original brick is in good condition and the joints are thin, you should be fine.