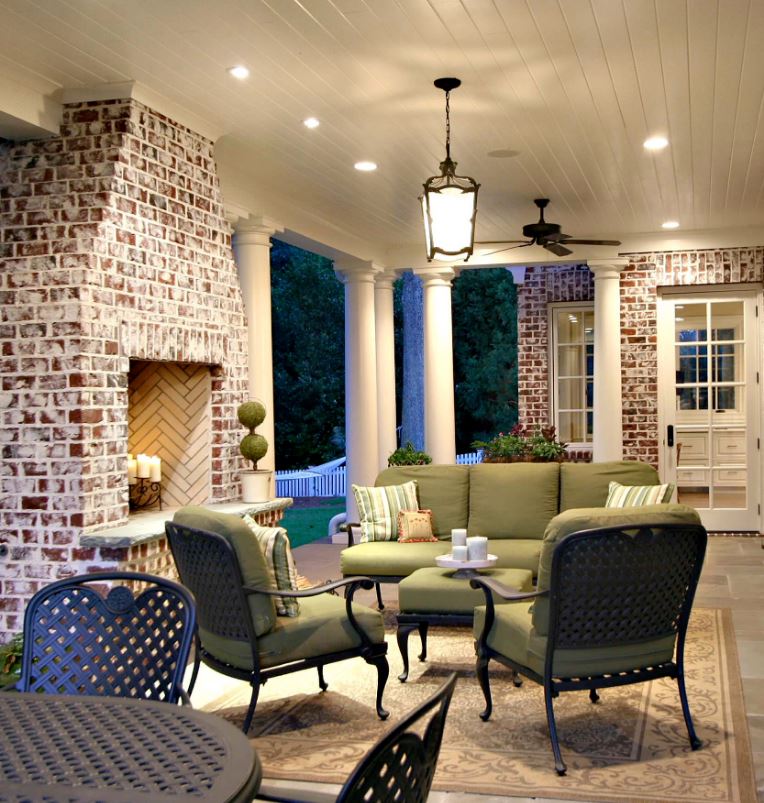 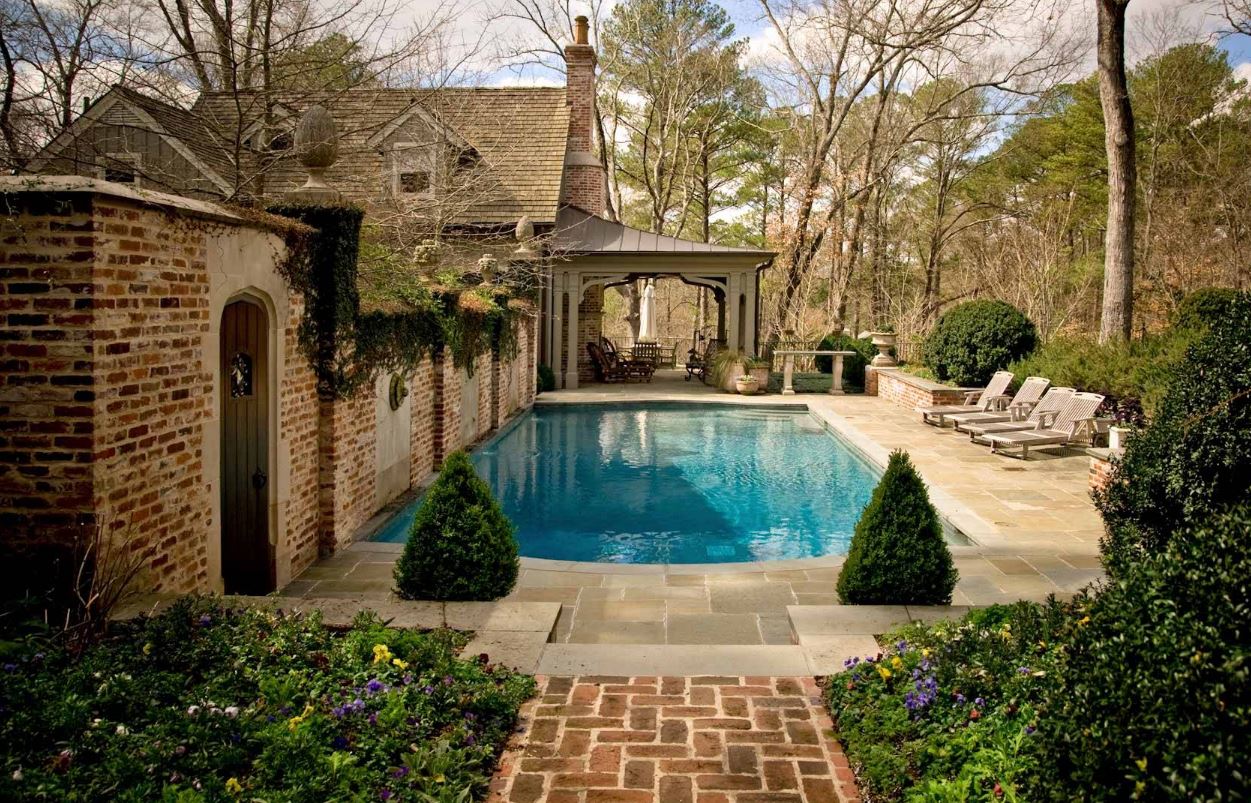 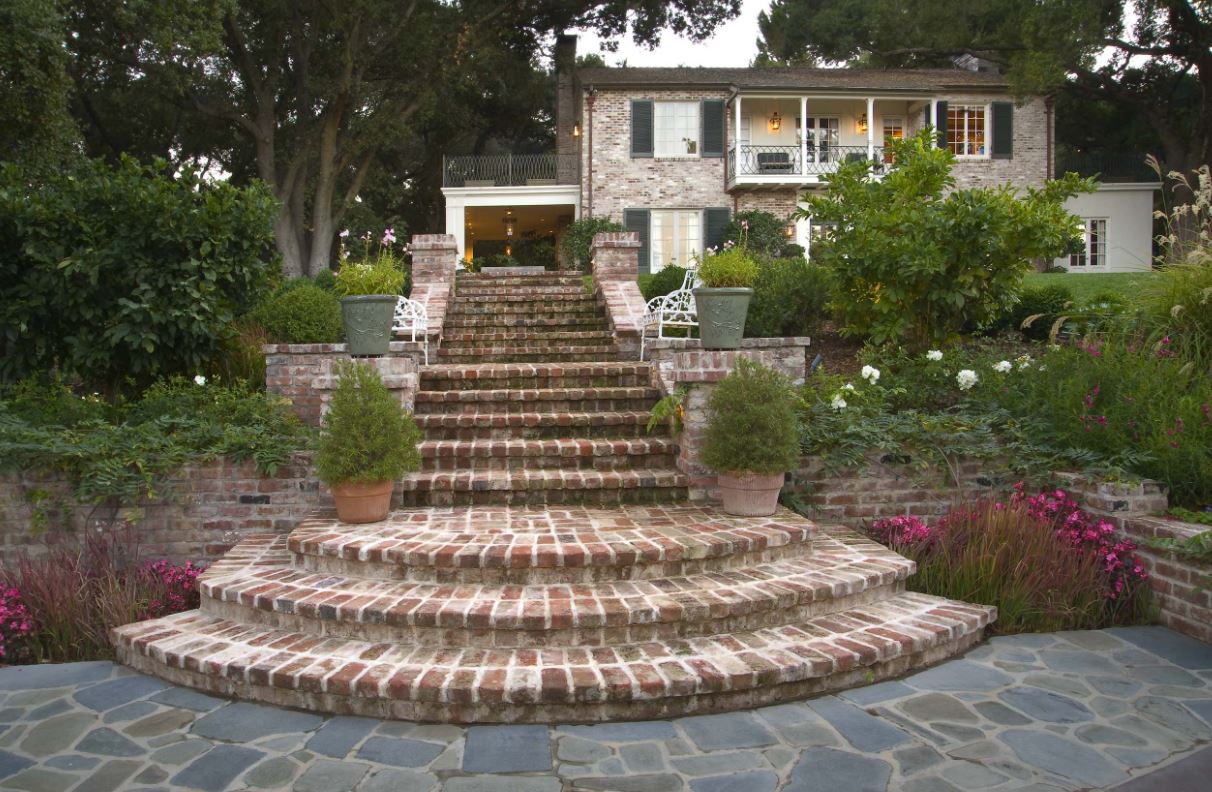 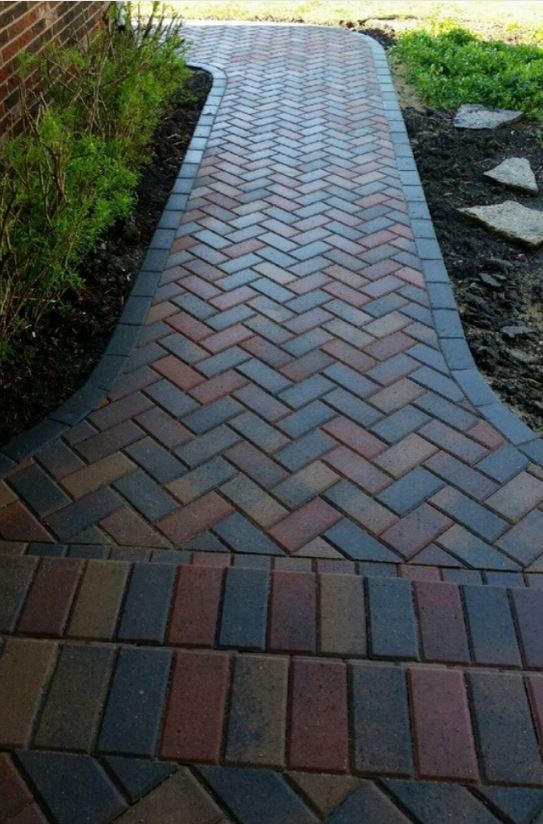 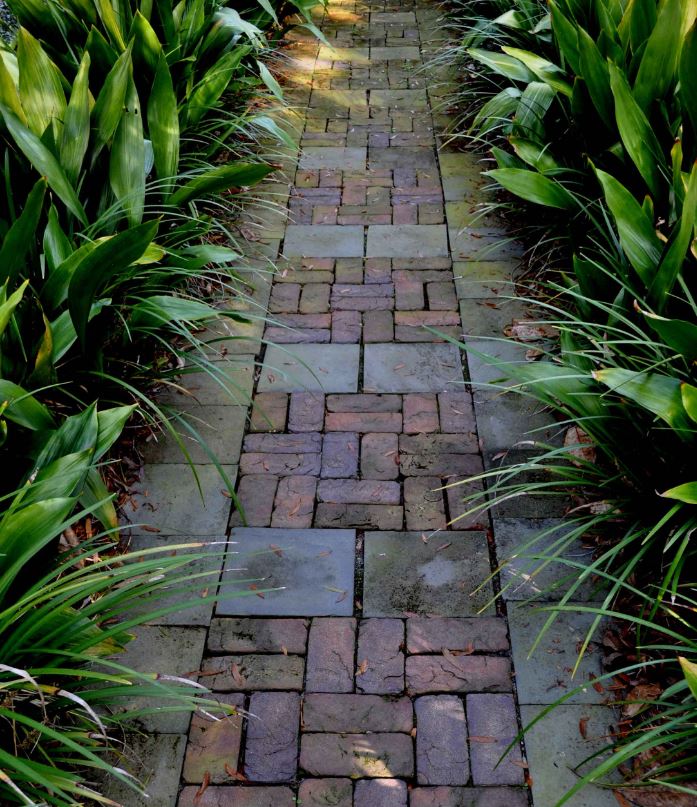 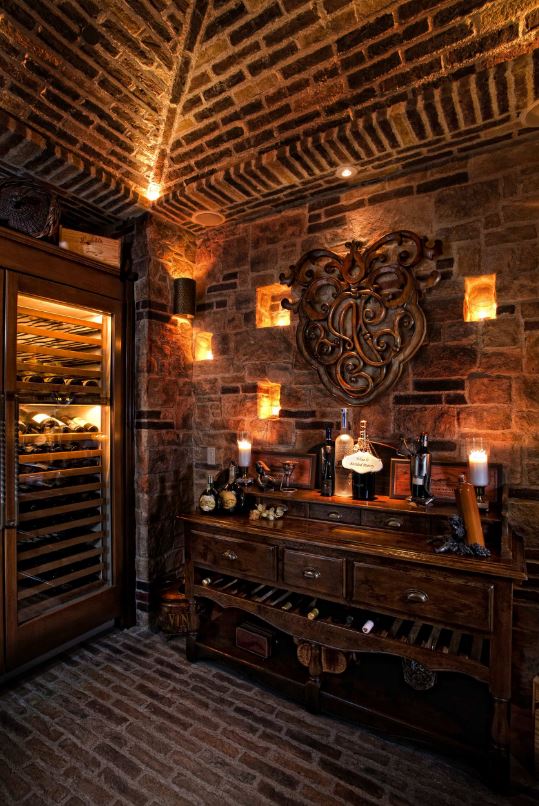 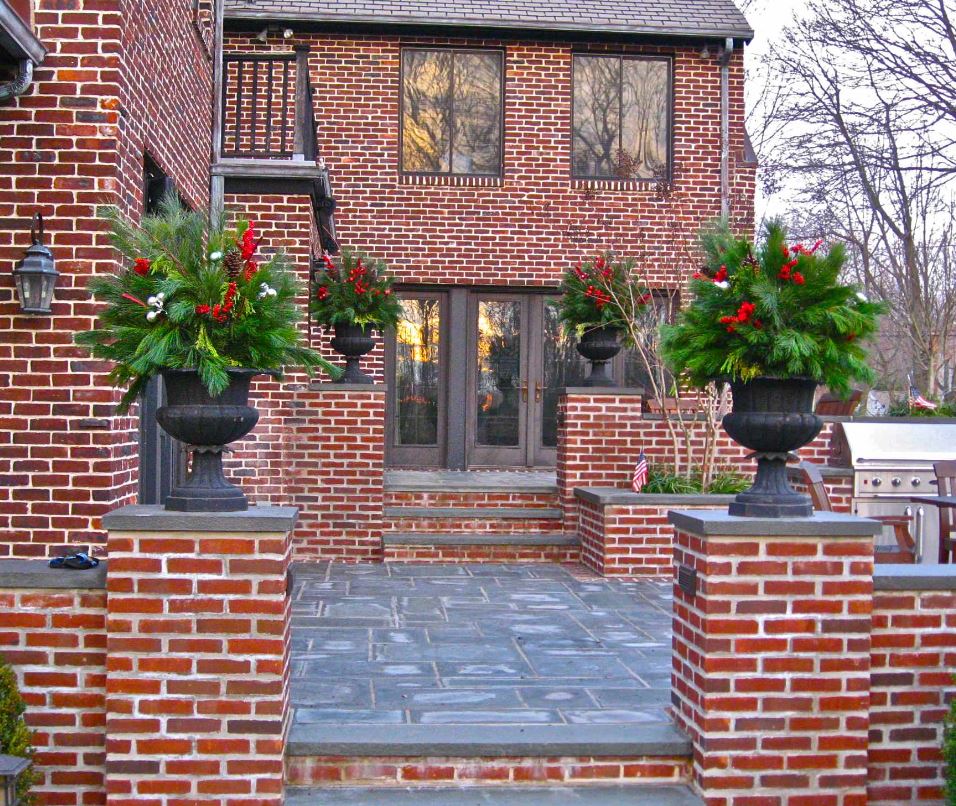 Brick masonry has been used for thousands of years to create strong structures that withstand the test of time. It began with sun-fired bricks made of clay before kiln-fired bricks began production at around 3500 BC.

Today, brick is almost as popular as it ever has been, with growing popularity expected in the 2020s. After all, brick is one of the strongest building materials, with few buildings every being unintentionally destroyed.

What Is A Brick Bond?

A brick bond is a brick pattern created by laying bricks with a bonding agent like mortar. It is a term used in laying brick walls, walkways, floors, and fireplaces. They are designed to both appeal to users and be stable.

Some brick bonds are more stable than others. In the patterns that aren’t as stable, a more secure bonding agent is used to keep the structure secure and safe. Learn more about mortar before choosing a bonding agent.

Although there are many brick bond patterns, you’ll only notice a few different ones as you walk down the streets. This isn’t including stone patterns, just brick. These are the most popular brick patterns in the world.

This is a standard brick bond pattern. You will see it in most brick structures. It follows a simple pattern, which depends on the brick used to start the layer. The first layer begins with a full brick. The second with a half brick.

This pattern continues until the job is done. Each brick meets the brick above it halfway. The pattern was created for the stability it offers. The alternating bricks provide a secure wall and the technique has been spread to many different industries.

Note: in some cases, the running bond can work with a 1/3 pattern instead of a 1/2. In this case, the bricklayer begins with a 1/3 of a brick instead of half a brick. This gives a more random look instead of the more uniform 1/2 brick look.

The common, or American, bond follows the same pattern as the running bond. Only in this case, a header row is added every few layers. The header courses, or layers, are made with smaller bricks.

The common bond is a great way to utilize broken bricks. You can use half bricks for the header rows without wasting any brick. It also offers a different aesthetic than the running bond without being too busy.

The English bond is similar to the common bond only there is a header row for every other course. This is another alternating pattern like the running bond so it’s easy to keep track of where you’re at on your pattern.

Simply lay one layer switch to the other, and lay the next. This continued until the wall is complete. This is one of the strongest bonds for a one-wall brick wall, closely related to the running brick bond.

You can start the first row with a normal brick and then lay a header next beside it. Keep doing this until you’re to the end. Then, on the next row, start with a header brick and lay a regular brick next to it. It really is that simple.

The basketweave pattern is quite intricate and works better for walkways than for walls. It consists of two bricks laid side by side, then the next two bricks being laid the opposite way. Vertical, then horizontal.

This pattern continues until the area looks like a woven basket. The bricks should look like rope or bark that has been pushed under and over the other bricks. This pattern looks advanced but isn’t all that difficult to achieve.

It may be hard to understand how the grid pattern is done. But in truth, you can create your own grid pattern, though this is the most common type of grid bond pattern. It works best on walkways rather than walls.

This may be the most difficult brick bond to achieve. It consists of center square brick with long bricks coming out from the center. The gaps are filled with triangle bricks, which are very difficult to cut correctly.

If you’re just starting out, this is not the pattern to try. It is advanced and requires an expert bricklayer unless you want the end result to look like an arts and crafts project. However, it’s one of the most impressive patterns.

This is an easy pattern if you have an eye for detail. It’s simply a stacked pattern with all of the joints matching up. It’s aesthetically plain, yet pleasing to those with OCD. It requires precision in order to make sure the joints match up.

Choosing a strong bonding agent is important with this bond as the joints will be fragile. The bricks aren’t holding each other up as they would in a staggering pattern. So be careful when doing this for the first time.

The herringbone pattern isn’t as easy as others. It consists of bricks laid at an angle, opposing one another. This is also a popular wood floor pattern and can be quite busy, though attractive if done right.

The pinwheel pattern is more intricate than it looks, so it pays off if you can lay it. It consists of four bricks touching each other in a square pattern with a square brick in the center. This pattern continues in a tile-like pattern.

The end result makes it look like many pinwheels are stacked on top of one another. The pinwheel bond is the happy-medium between detailed designs and a simple bricklaying strategy. It’s a great mid-level bond.

How Do I Become A Brick Mason?

If you dream of becoming a brick mason, you’re not alone. According to the Bureau of Labor Statistics, there are almost 60,000 bricklayers employed in the United States. But how do you begin your journey?

However, in most cases, working with a bricklayer alone may get you started in the business. That said, extra coursework is always recommended in order to prove your certification to future clients and avoid any local codes being breached.

If you are going to become a bricklayer, now is the time. The demand for bricklayers is expected to grow ten percent between 2016 and 2026. So get qualified now so you can be well on your way soon.

How Much Do Brickmasons Make?

States like New York and Washington pay bricklayers the most while states like Florida and Georgia have the lowest bricklayer salaries. Look into the salary for bricklayers in your area to find out if it’s worth it or if you need to relocate.

Cost To Brick A House

However, if you are planning on laying thick brick walls, expect to pay twice as much as you’d pay for brick siding, which overs your existing walls.

Cost of A Brick Fireplace

Brick fireplaces are one of the most common requests to bricklayers. Because brick fireplaces require an expert, not just an apprentice, you can expect to pay more for safety checks and inspections afterward.