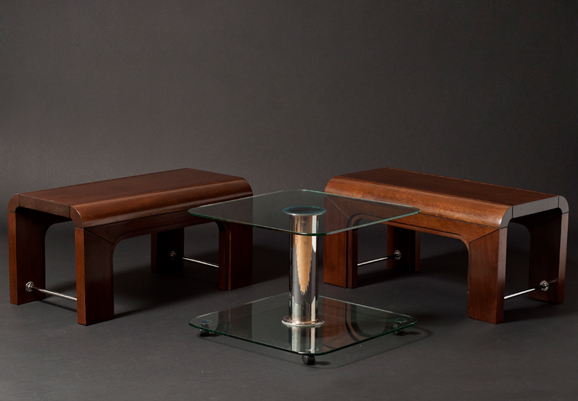 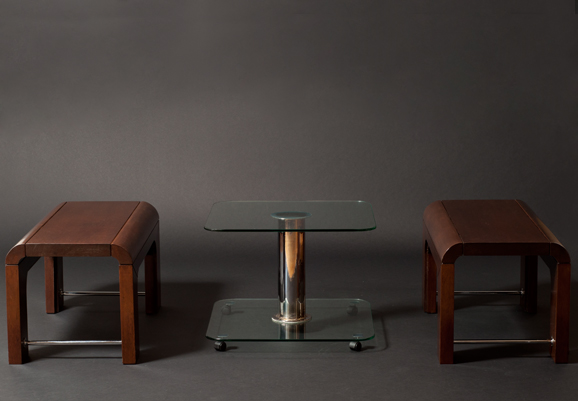 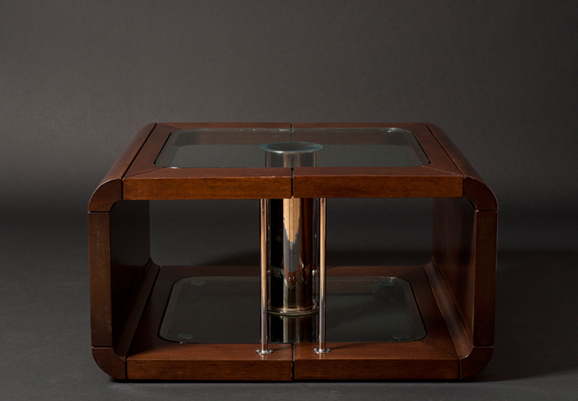 You probably remember Claudio Sibille from another one of our articles related to the Sensei chair/table set. We were really impressed with that creation so we tried to find some more of his designs. This is Alina, another creative and very functional furniture set.

Alina is also a combination of several elements and it’s also a multi-functional piece. It can be used either as a compact structure, in which case it’s a coffee table or you can separate the pieces. The two wooden parts of the table can become two chairs or small benches and the middle part can be sued as a small glass table. You can also take out only one half and use it as a chair while the other remains incorporated into the table’s design.

Alina is made of a combination of cedar, chrome pipe and tempered glass. It has a rustic look but with a modern touch. This is actually a variation of another model called Guillerolina. That was a similar-looking set based on the same principle but it had a different design and a round shape. Alina is a slightly more traditional creation, suitable for old-fashioned living rooms. However, because of the ingenious and modular design, it would make a lovely addition to modern and contemporary homes as well. It’s a lovely creation that helps us save space while bringing a spark to out homes.