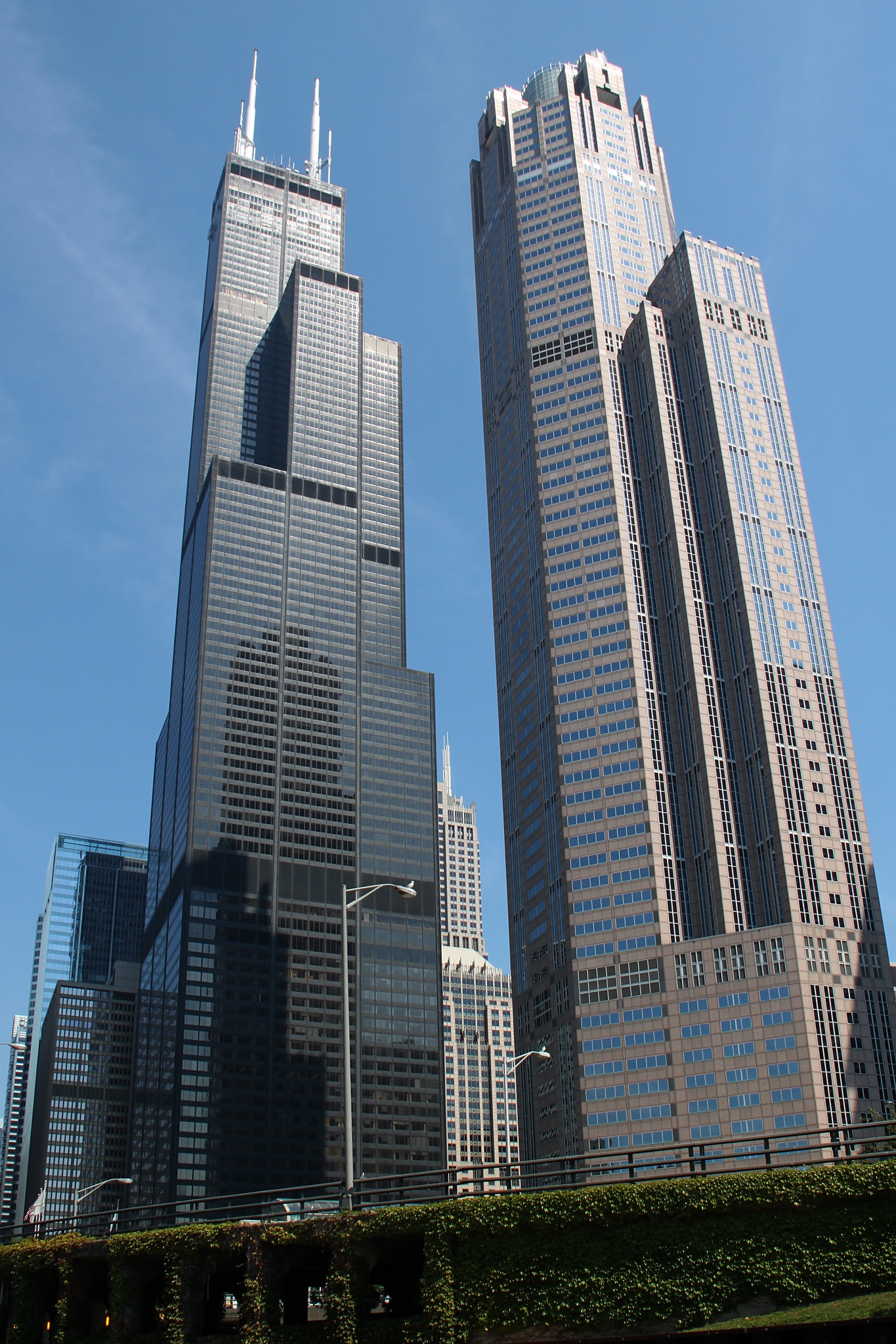 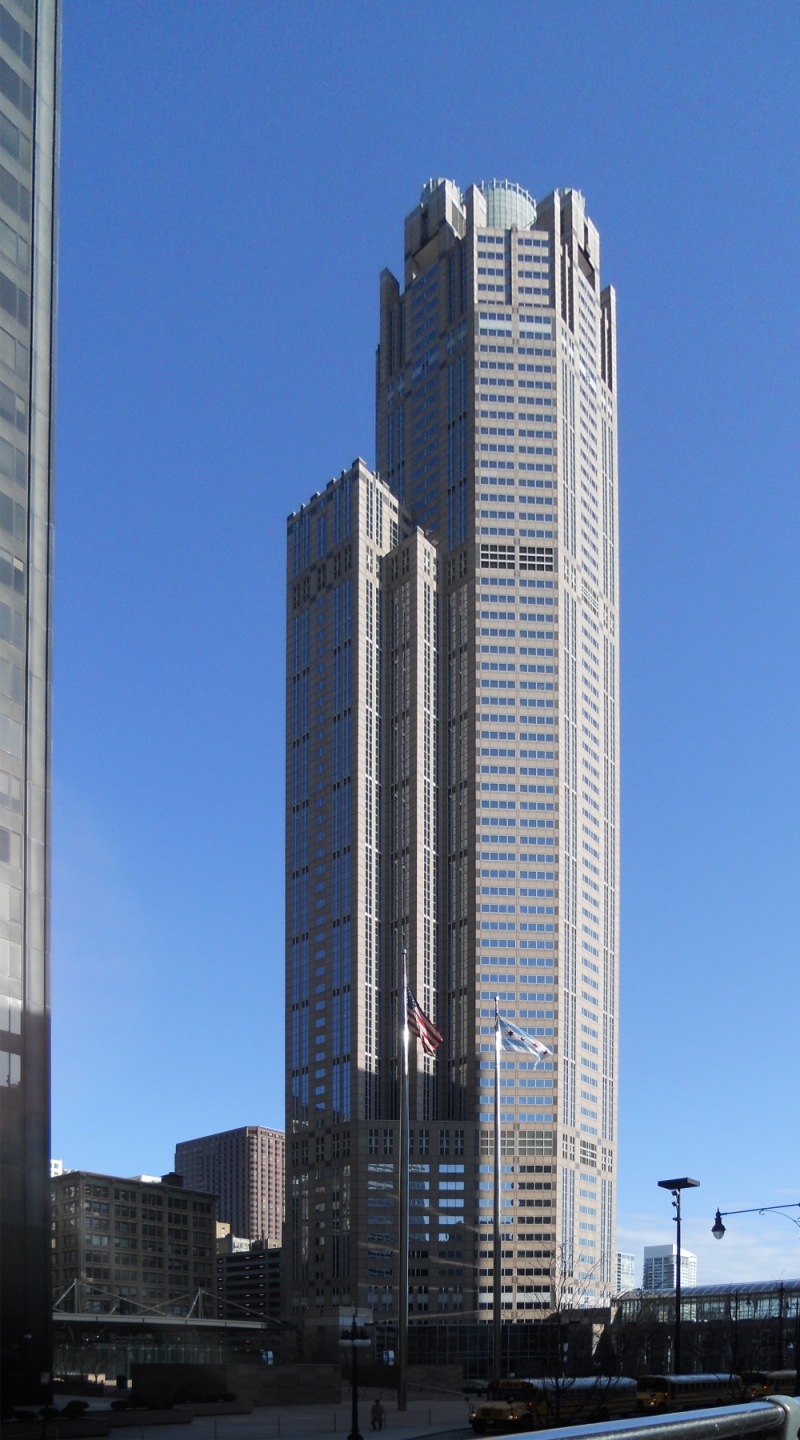 311 South Wacker Drive is beside Willis Tower in the Chicago skyline. It’s the ninth tallest building in the city, and it’s distinguished by its crown-shaped peak. It’s home to many retail and commercial tenants.

When it was new, it was the tallest reinforced concrete building worldwide. It was also the tallest building known by only its street name. In 2015, it was surpassed by 432 Park Avenue in New York City.

311 South Wacker has space for retail tenants and offices. It’s known as one of Chicago’s most accessible properties because it has access to Chicago’s expressways, including an underground tunnel to Union Station. Tenants also have access to three floors of heated underground parking.

The five-story lobby is known as a “winter garden.” It has a curved glass ceiling, a fountain, and it sometimes features palm trees. It’s 85 feet tall, and part of it is below ground.

Those who don’t work in the building view the lobby as a “pedestrian station” for those passing from expressways. The space is made with a supporting steel structure inspired by the tracks and bridges of the Chicago “L.”

The lower half of 311 S Wacker Chicago is wide and rectangular while the upper part is narrow and rounded. The top looks like a crown, and it’s illuminated at night to reflect colors matching events and holidays.

The “crown” is a 105-foot semi-transparent cylinder that resembles the top of the Tribune Tower. It’s one of the most visible buildings at night because it has 1,852 fluorescent tubes and a large lantern.

311 South Wacker Park is on the same block as the building. It’s a grassy space used for relaxing, outdoor lunch breaks, and events. It has been used for farmers markets, concerts, and art festivals in the past.

Anyone working in the building has access to seven dining options, including Pazzo’s, Big Shoulders Coffee, Chipotle, and Halsted Street Deli.

How Far is 311 S Wacker from Willis Tower?

311 S Wacker is only a block away from Willis Tower. It’s a one-minute drive or a four-minute walk.

What Dining Options are at 311 S Wacker?

The following dining options are at 311 S Wacker:

How Big are Office Spaces in 311 S Wacker Dr?

Available space in 311 S Wacker can range from 1,939 to 22,168 square feet. You can see current suite availability on the website.

What Chicago Neighborhood is 311 S Wacker in?

311 S Wacker is part of the Chicago Loop neighborhood.

When looking at the Chicago skyline, it’s hard to miss 311 S Wacker’s crown beside Willis Tower. It may not be the tallest Chicago building, but it’s one of the most unique.

311 S Wacker Dr is a beautiful space for businesses, but visitors can enjoy the green space and lobby, especially if they want access to Chicago’s expressways.