Bricks are one of the oldest building materials known to man but that doesn’t mean that they are any less popular for today’s homes and buildings. Their eco-friendly nature makes them a great option because they don’t have to be brought in from far-flung locales and don’t require all sorts of toxic chemicals for production. Unless you live in an earthquake-prone area, bricks are one of the sturdier materials for a house.

As a building material, today’s bricks are a far cry from the first ones created in 7,000 BC, which were made of sun-baked mud. Once civilizations figured out how to fire the bricks to harden them, their production spread far beyond hot, sunny climes. According to brickarchitecture,  bricks nearly disappeared during the fall or the Roman empire and could only be found in Italy. Once they were re-introduced into northern Germany in the 12th century, there was no looking back.

In modern society, bricks are being used in increasingly novel designs that go far beyond what the early builders could have imagined. In particular, architects are choosing to perforated building facades or walls that use space between the bricks as an inventive design element.

Ticked away in the Binh Tan District of Ho Chi Minh City, this is home is called Wasp House. The house has a small footprint of 3.5 meters by 7 meters and is designed as a home for two siblings and each floor is a bedroom. Conceived by Tropical Space, the house could have been dominated by a dark interior, but instead is a light-filled oasis. Between glass on the roof and the perforated brick design at the top, the residence is filled with gentle daylight that filters through the spaces.

Air Flow for A Tropical Home

Demonstrating the potential of ordinary bricks, Junsekino Architecture and Design created this house in Bangkok that uses the brick elements to regular temperature in the home. The designers set out to create a residence that doesn’t look brand new but at the same time is exotic but humble, without much exterior embellishment. Most of all, the house had to meet the needs of the tropical lifestyle of the owner and his parents who also loved there. The perforated brick wall design is 30 centimeters thick and allows heat to pass through yet shields the inner walls of the home from strong sunlight. The airy brick facade still creates a natural, light-filled atmosphere while providing privacy from the street.

Another project designed by architects at Tropical Space is this home in the Thanh Khê District of Da Nang, Vietnam. The Termitary House was built to withstand the weather extremes of the area and was inspired by the insect it is named after — the termite. The layout of the house is fashioned after their nests, which have a large, central communal space and specialized spaces located off the main area. The main building material for the house is the local type of fired brick, which has been topped with cast concrete. Perforated brick walls help keep the house cooler in the hot weather and can even moderate the humidity inside. The double-wall construction technique combines an outer wall of the brock design paired with an interior aluminum-framed glass wall that buffers the environment inside. Most interestingly, as the light shifts over the course of a day and filters through the holes, the bricks take on different hues, ranging from light red to deeper tones and even a purple hue.

A Brick Cave in Hanoi

The same double-wall concept and local Vietnamese brick materials come together in an entirely new way in this home by H&P Architects. Located in a redeveloped suburb of Hanoi, the Brick Cave’s design aims to make those living inside feel like they are in a natural environment despite being in an urban area. The perforated bricks allow light and air to flow in and out and to keep harsh sunlight, noise and dust from entering the main living spaces. The architects took the humble building material and created a new aesthetic for the family. On the ground floor, the large openings in the brick help residents connect with the street, while the higher levels have smaller holes to provide more privacy.

Called Maison A, this house is set in the coastal village of Nam Dinh, Vietnam. The owner had it built for his aging mother in a current style that pays homage to the traditional lifestyle but with a modern look. Designed by Nghia-Architect, the exterior uses Bat Trang floral ventilation bricks which are decorative and have important functional qualities. Because the climate is very unpredictable often is affected by large storms, the facade has three 3 flexible layers. The floral ventilation bricks bring fresh aid and daylight in, and a second layer is comprised of plants that add harmony and privacy. The inner layer is heavy duty glass that allows the home to be closed up in inclement weather. The floral bricks work by trapping air in the hollow interior, which acts as a heat insulator and helps the facade stay cooler in the western sun.

Perforated brick facades are also very useful for commercial buildings, such as this food distribution center in the Campclar neighborhood of Tarragona, Spain. Designed by NUA Arquitectures, the combination of brick facades and prefabricated metal elements meant that the construction could be done very economically and quickly — in just three months. The style of the building makes it secure and climate controlled while allowing natural light to filter through the holes in the bricks.

A Break from Architectural Monotony

Some designers, like OBBA of Seoul, South Korea, have used perforated bricks to create an entirely new look in an otherwise architecturally unremarkable neighborhood. Called Beyond the Screen, the corner building has an interesting shape that was influenced by setback lines and requirements for natural light. It is actually comprised of 14 units in two sections connected by a semi-exterior central stairwell with a unique brick screen to the front and back.  This perforated brick section filters the view into the building but also allowing for natural light and ventilation.  The filtered light also fills the courtyard with shifting daylight. The dual volumes allow for all the units to have three open sides for better cross ventilation. The new building provides the size of housing needed in the city with a more attractive design that breaks the monotony of countless other residential structures.

In a different take from the usual facade, Arquitetos Associados created the KS Residence in Natal, Brazil with an innovative face that adds more than just design interest. Wrapped in a facade of bricks, the pattern has a perforated design that provides privacy and great ventilation, as well as plenty of natural light. On the sides, the perforated section is narrower and only at the top level, so tall, narrow windows bring in additional light. The upper level holds the bedrooms, which benefit from the perforated brick section. Combined with the sunken but exposed bottom level and the expanse of glass in the main floor, the perforated design adds a unique and sophisticated architectural element.

Overlooking the Paraná River’s west cliffs, this home in Argentina by Marsino Arquitectos Asociados, is built to be space efficient, flexible and energy conscious. An important element in achieving this, in addition to the T-shaped floor plan, is the brick-wall-shades that are situated between the house and the landscape. These not only screen the spaces from strong direct sunlight but add an architectural element while helping to define the covered areas. The design adds depth to the building while lightening the overall impression of the house. Skylights in the roof also bring in additional natural light.

Desiring to have a home that projects a humble and warm image, the owners of Flick House in Cinere, Indonesia, asked Delution to use brick in its construction. From there, the architects designed an eco-friendly house that includes four gardens and a fish pond. Because of the hot weather and the family’s desire to spend a lot of time in the open air,  Flick House includes a second layer of a facade around the house that is made of a staggered brick design, buffering sunlight and helping to keep the heat of the day out of the house. In addition, the filtered light adds coziness to not only the gardens but also the interior spaces that open out onto these lush oases. The perforated brick design is also used on the wall surrounding the house, which looks distinctive and adds privacy. 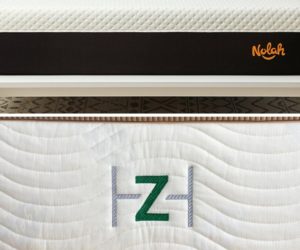 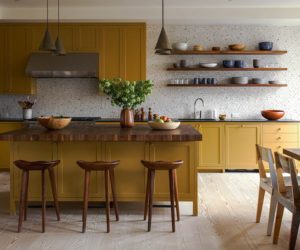 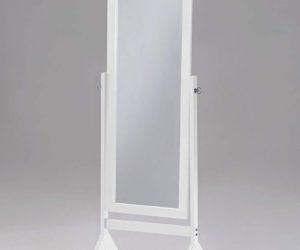 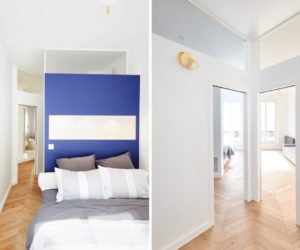 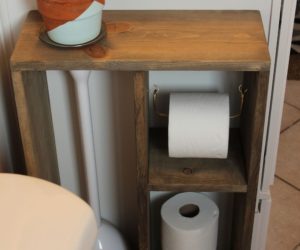 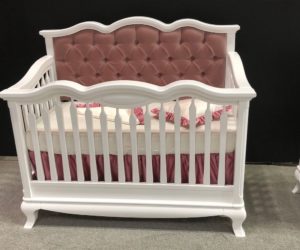 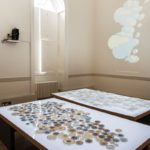 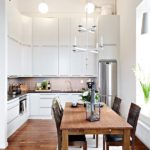