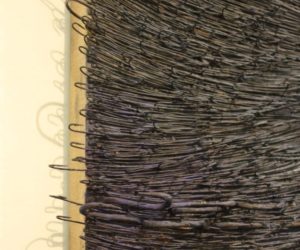 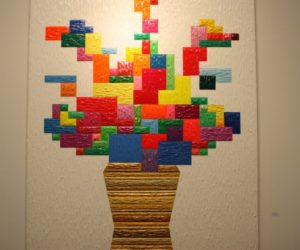 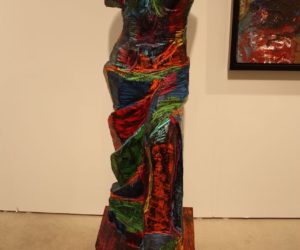 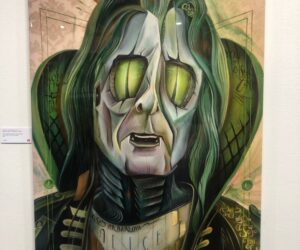 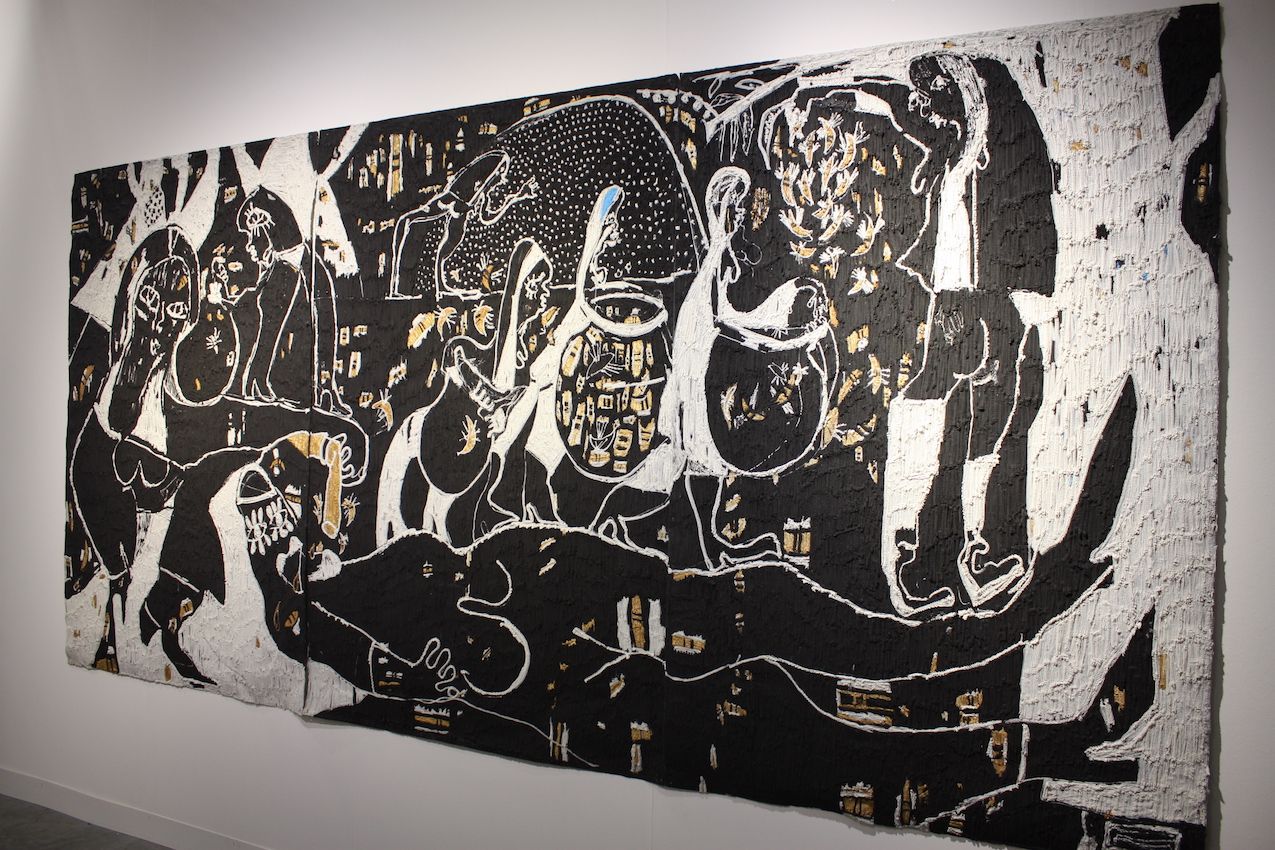 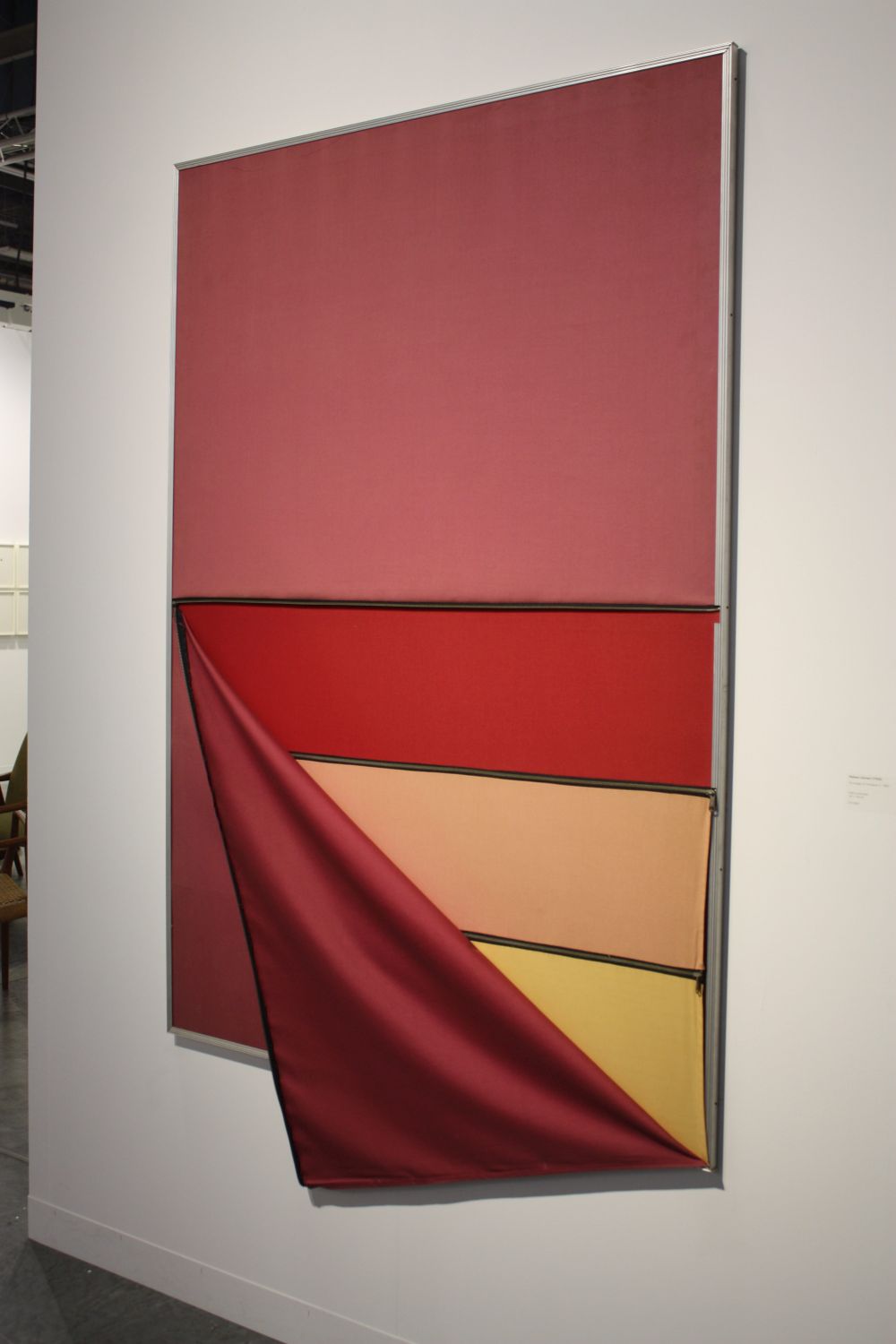 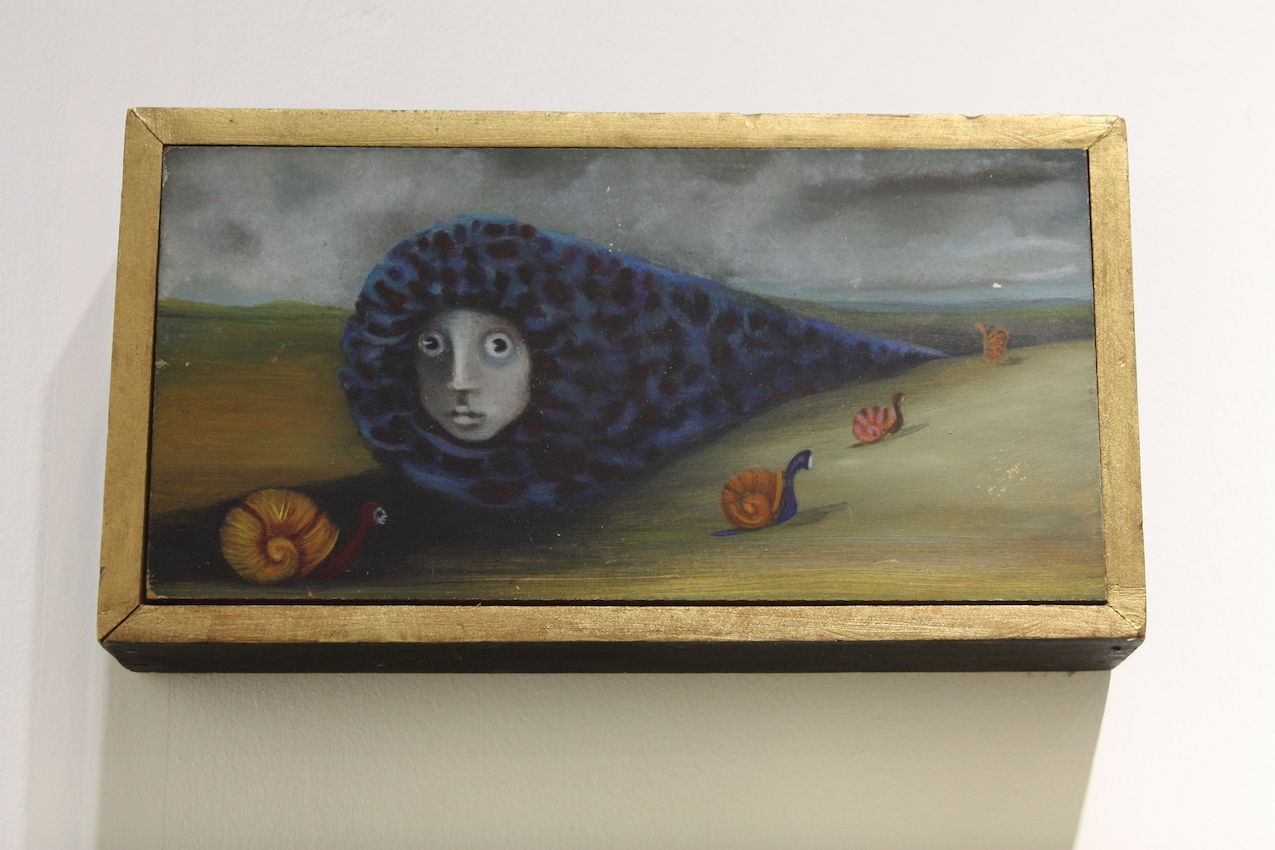 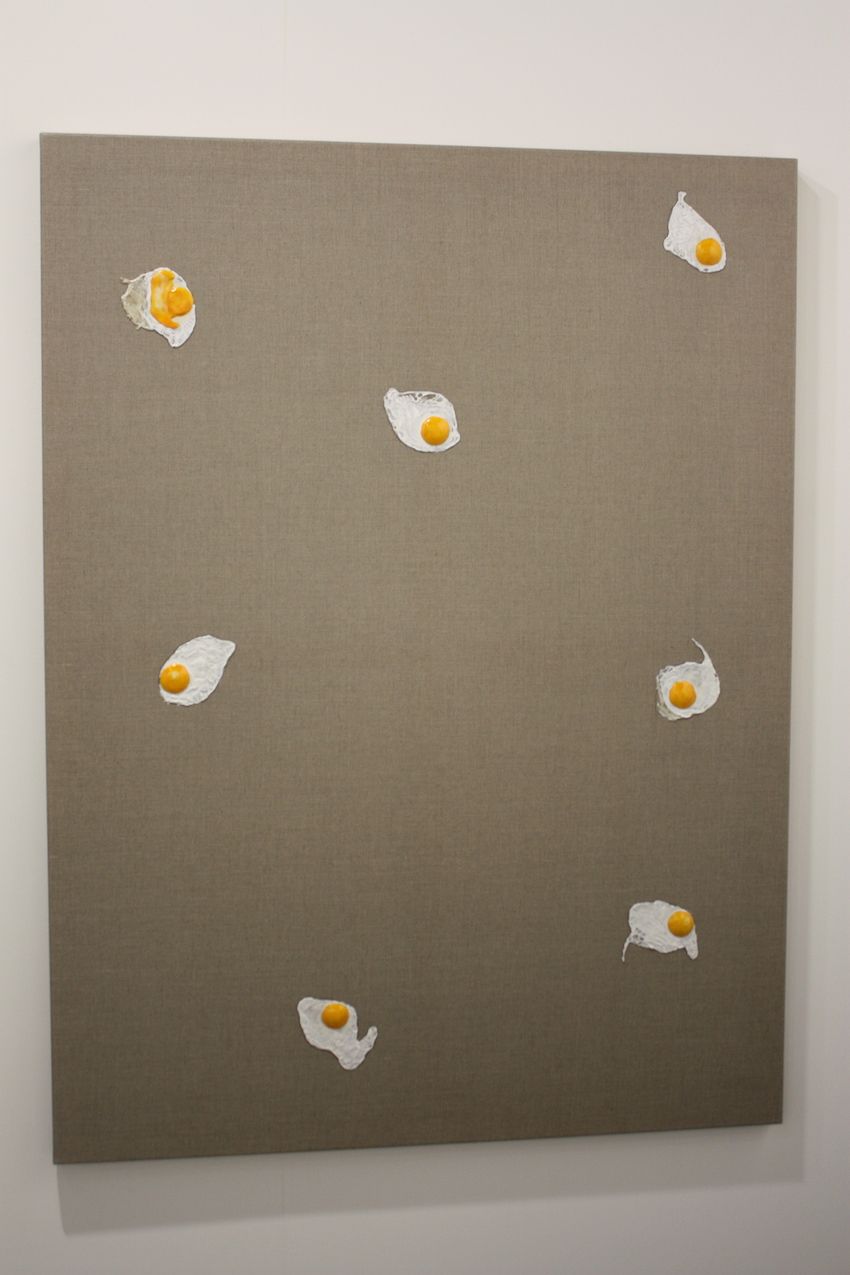 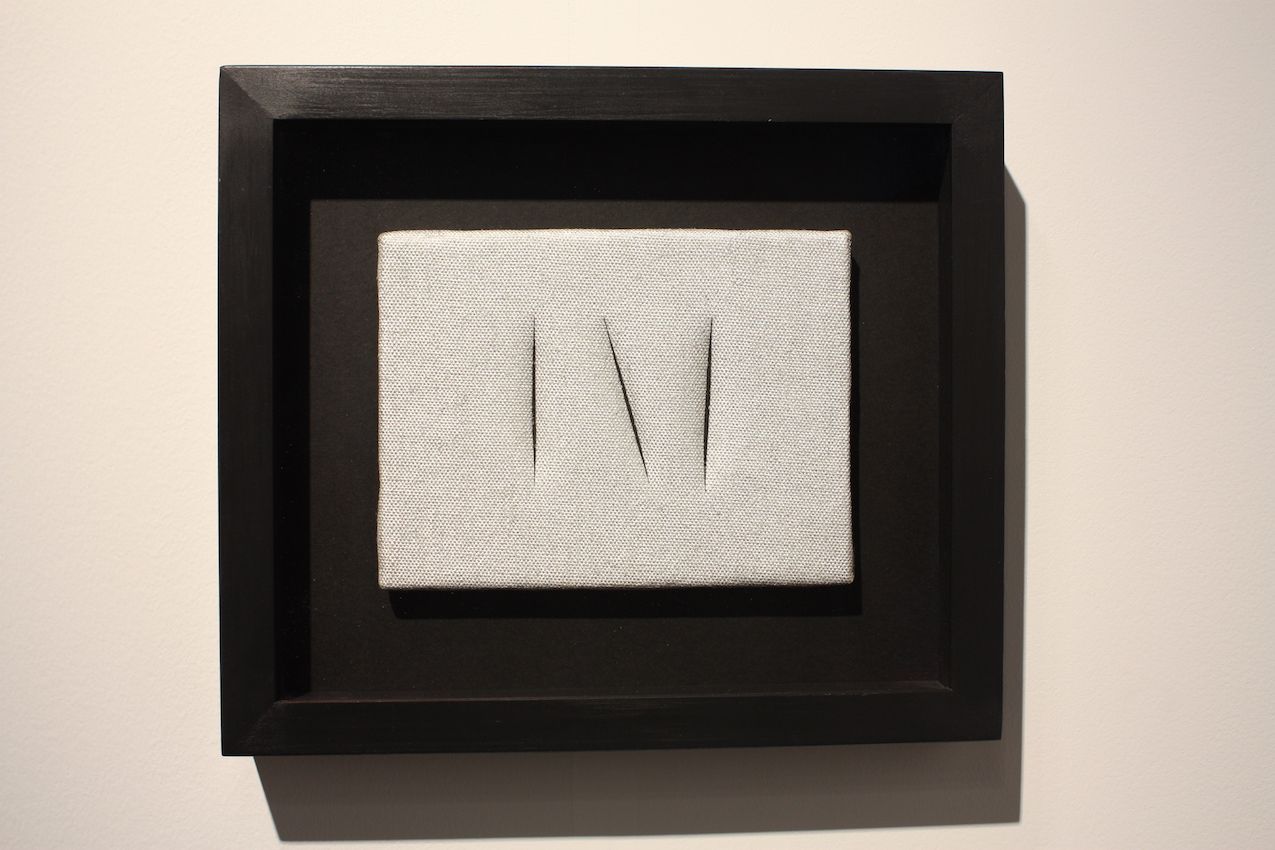 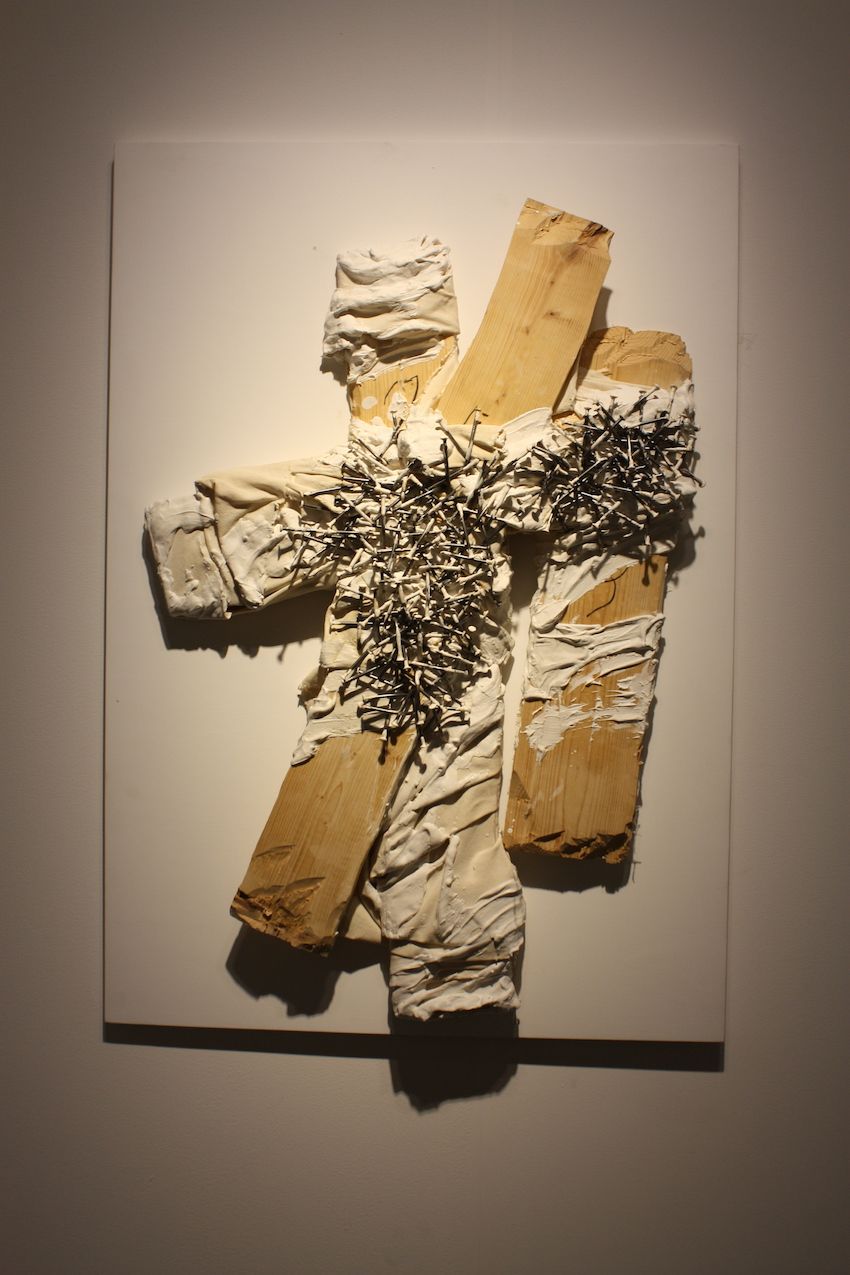 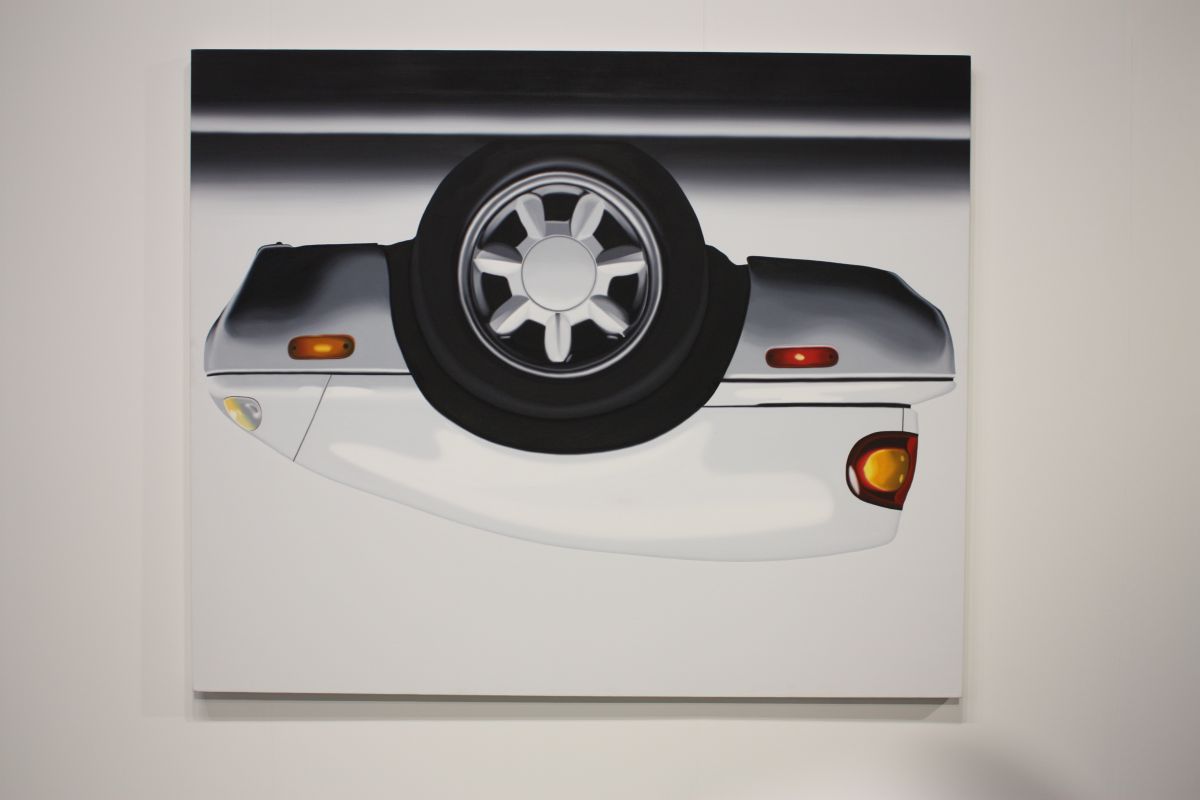 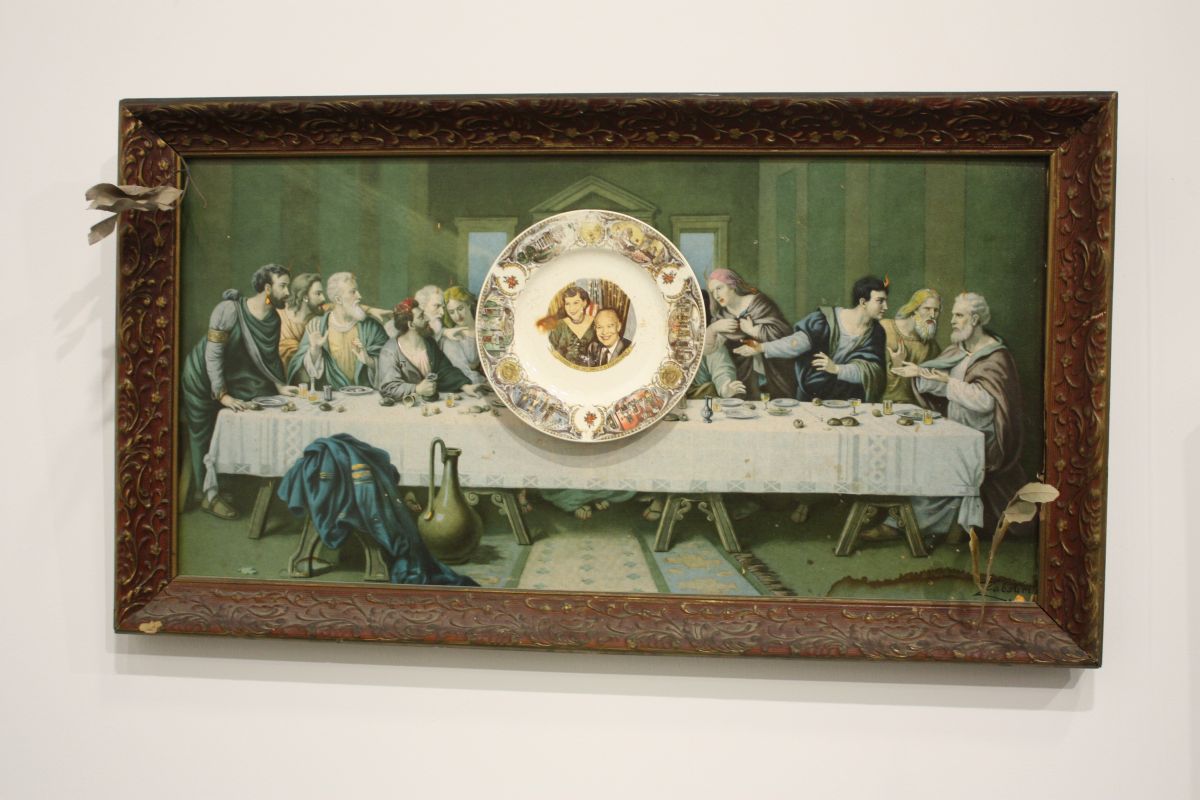 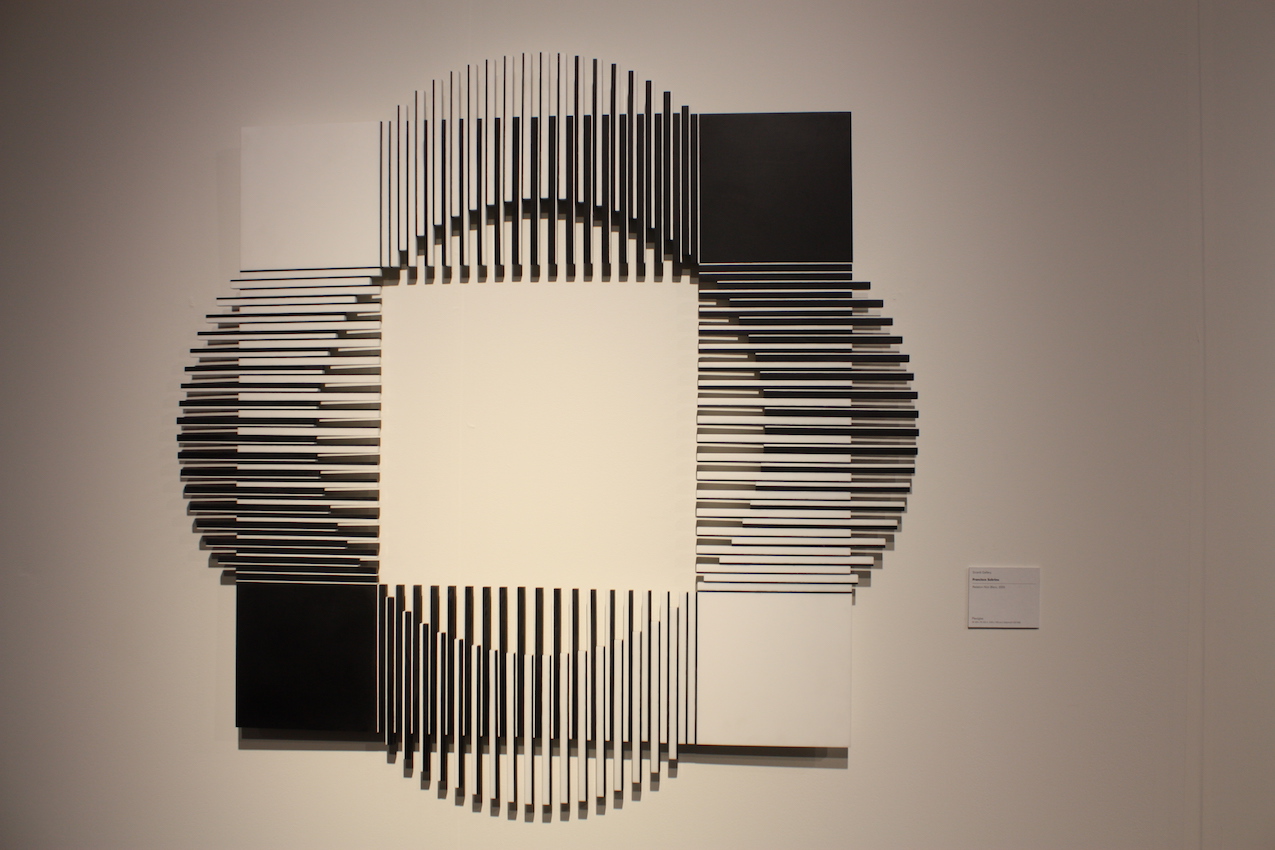 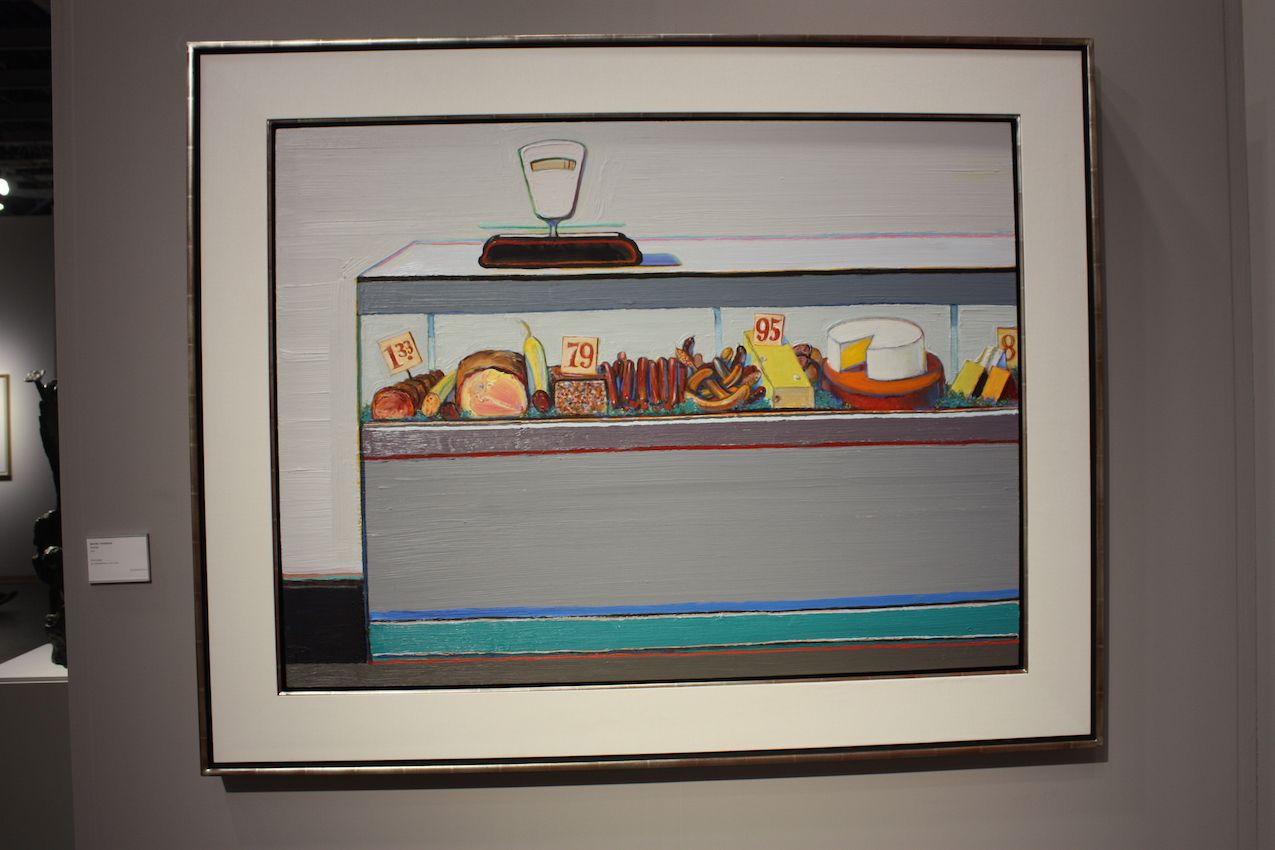 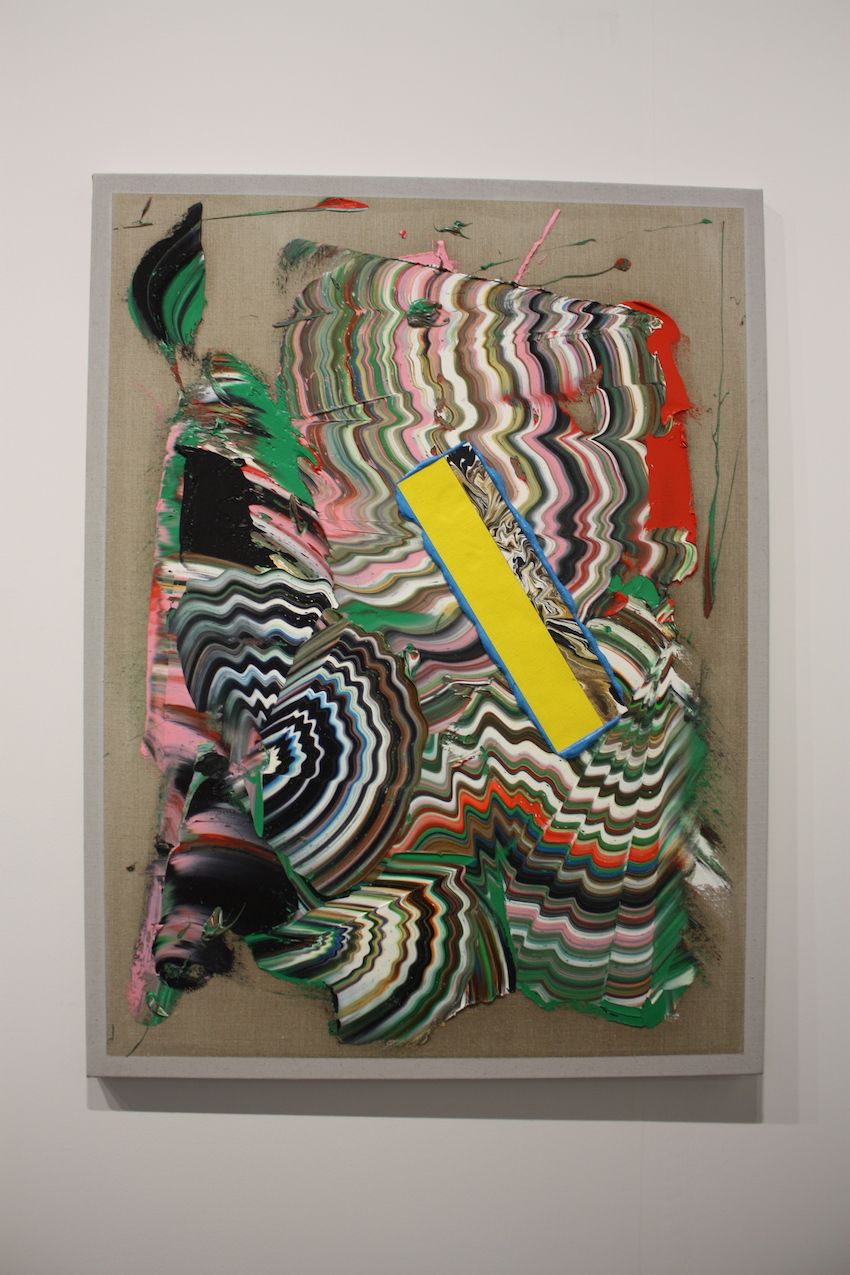 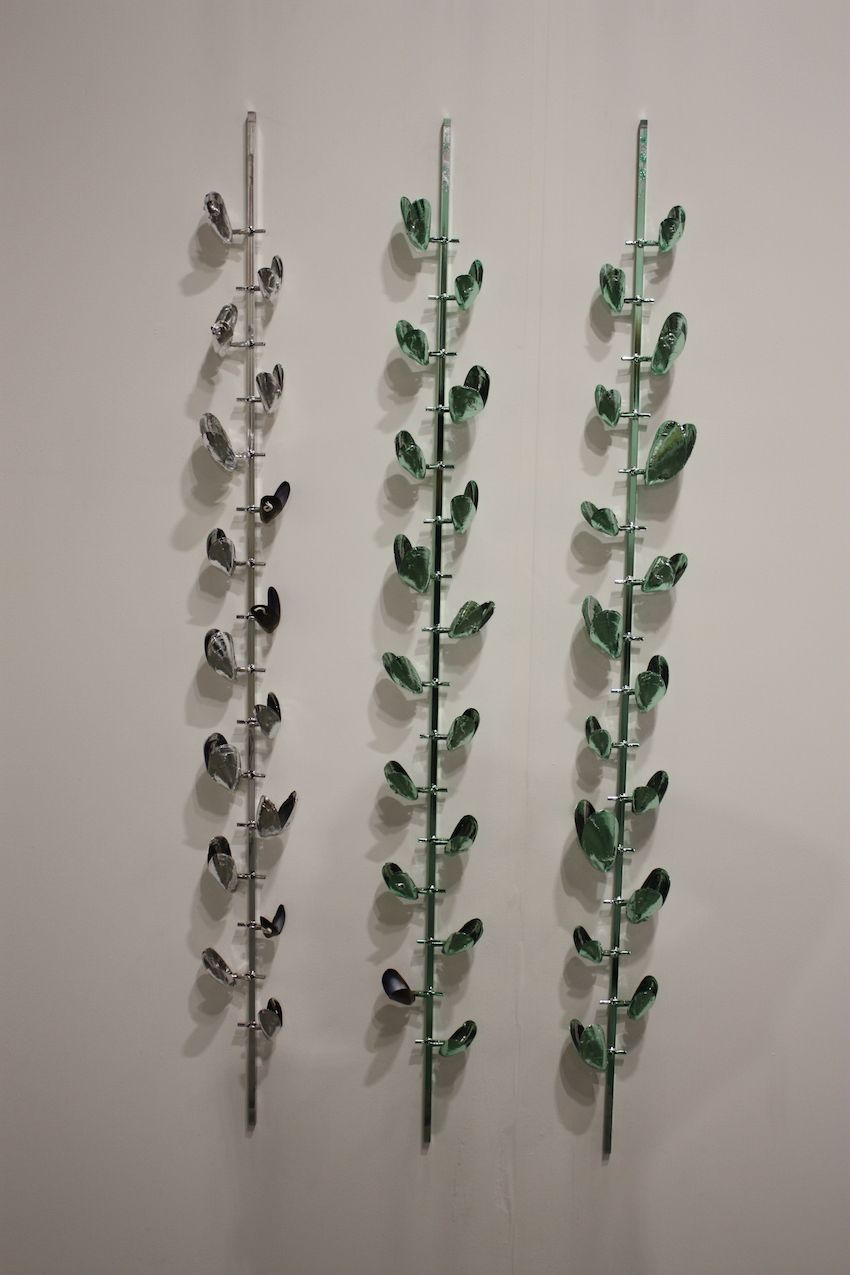 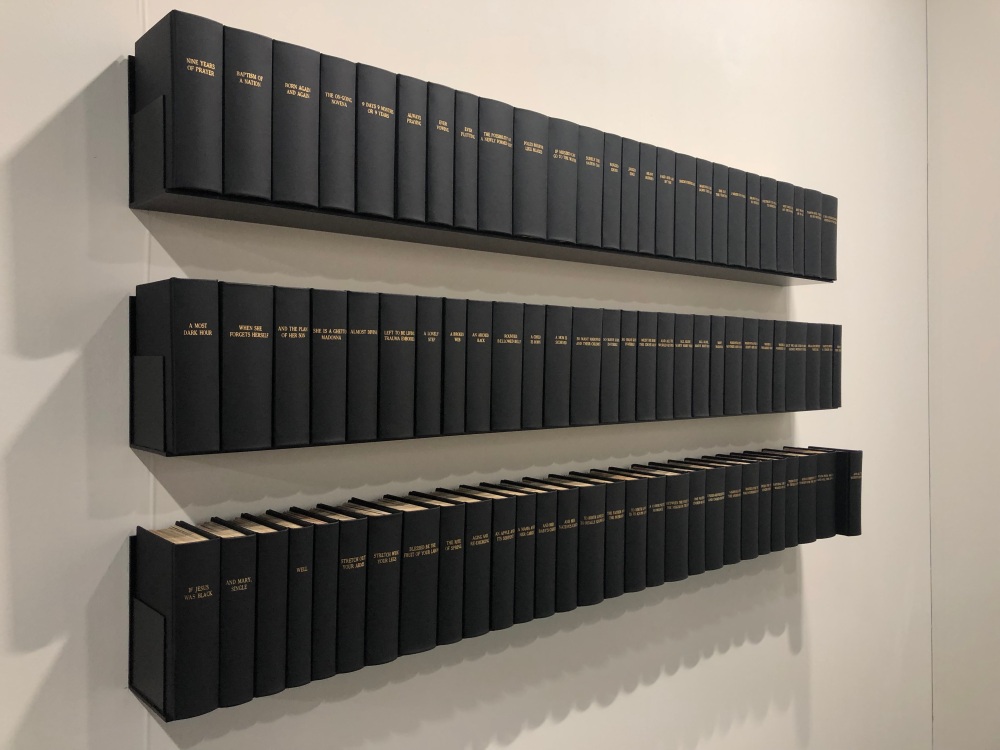 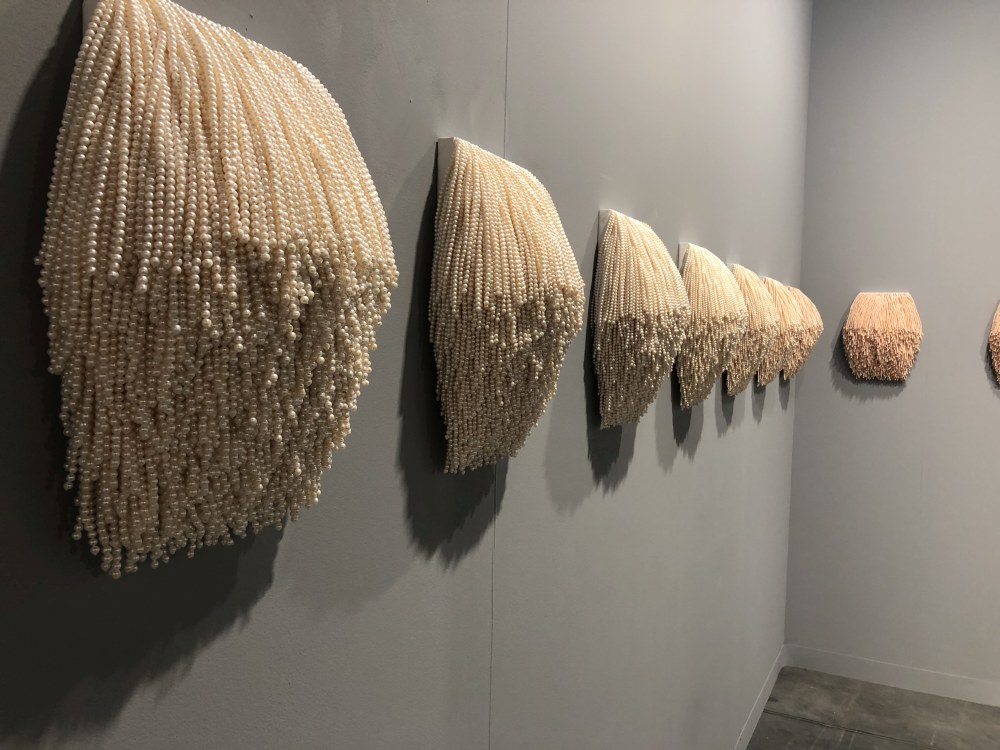 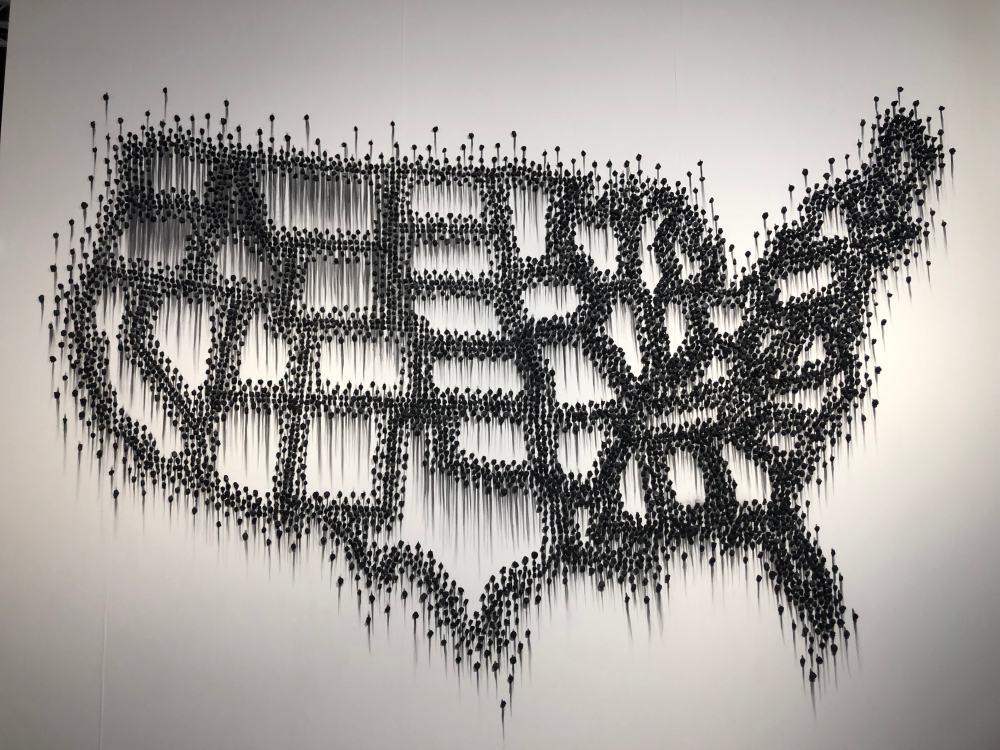 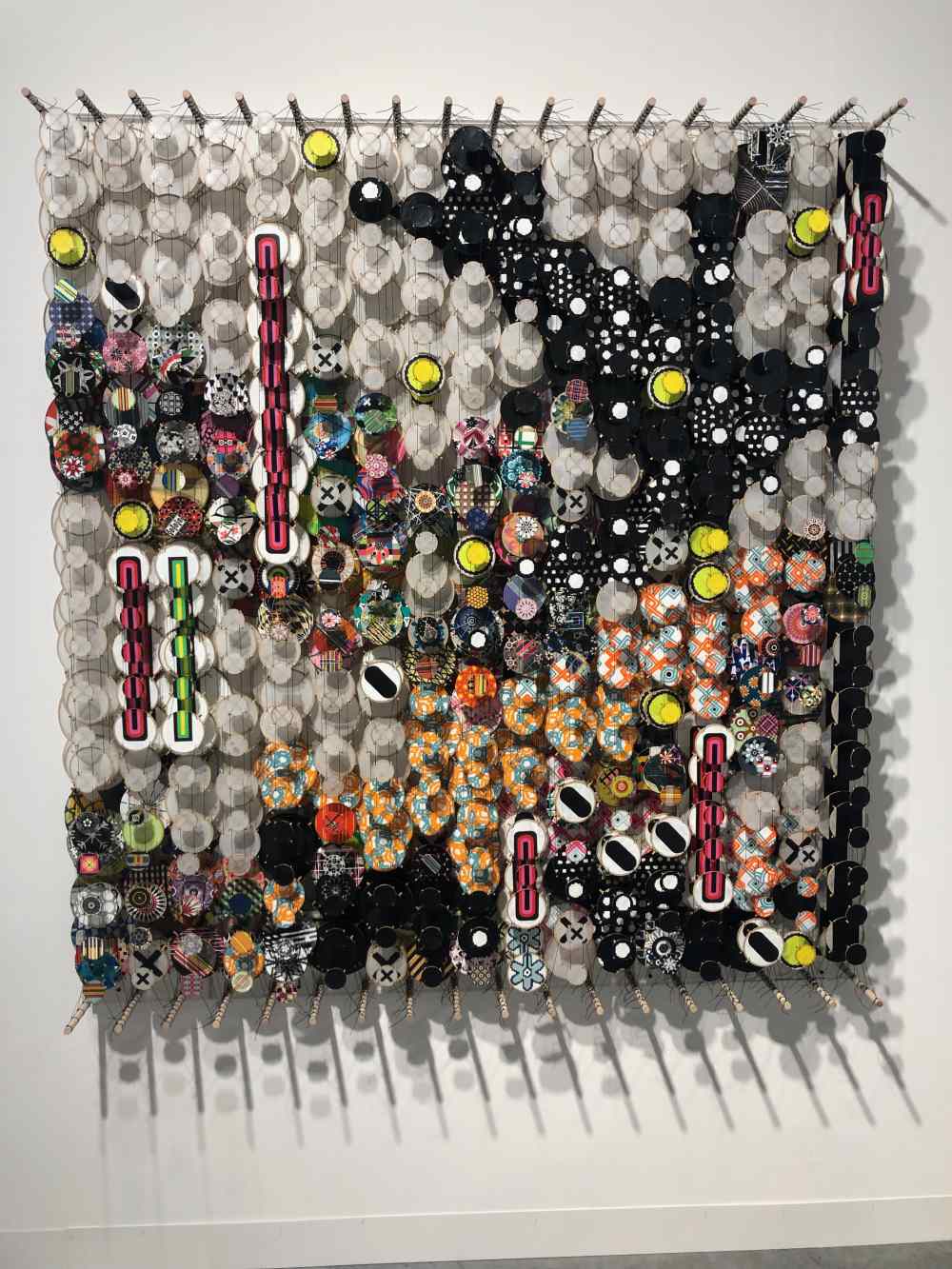 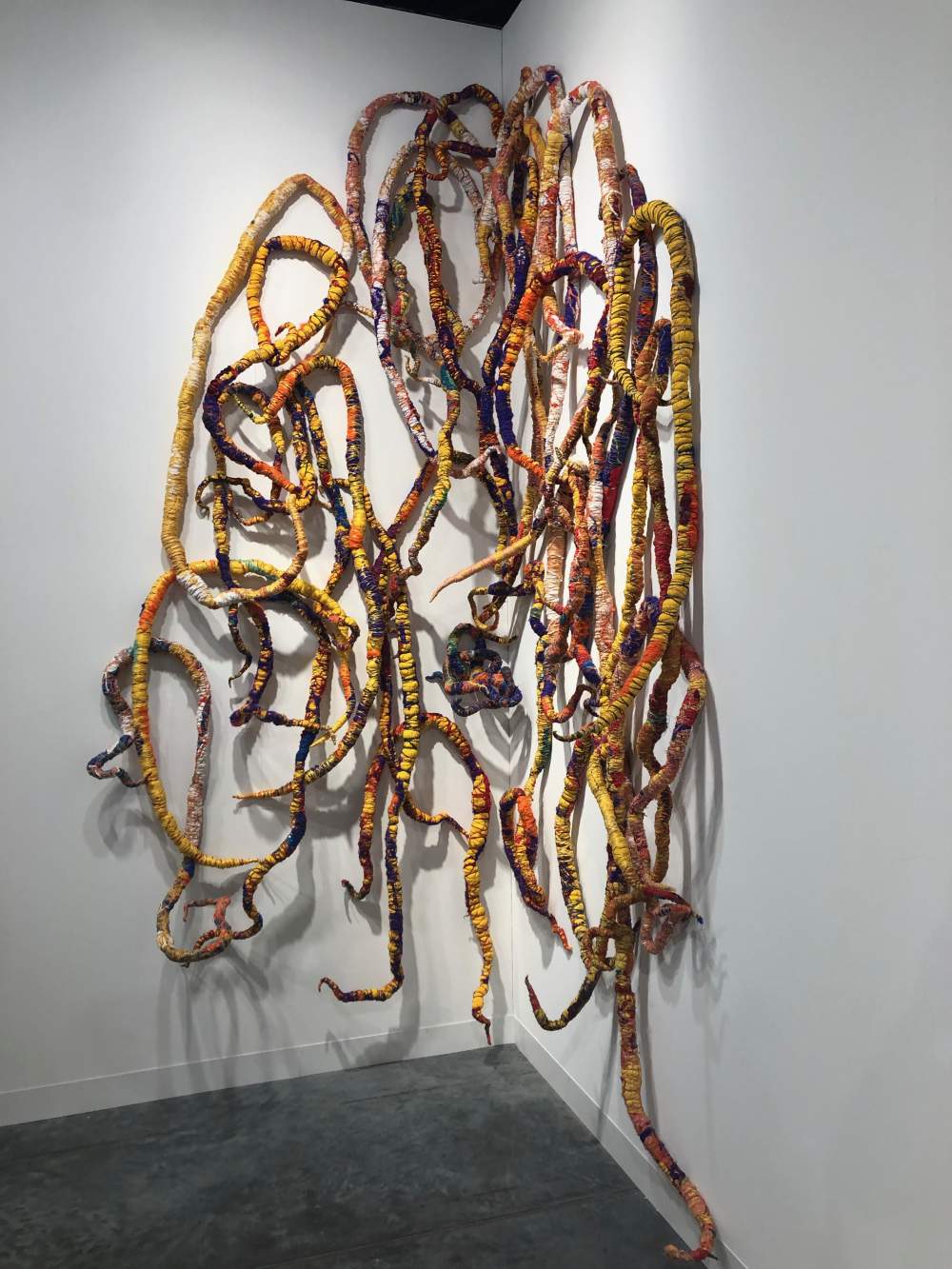 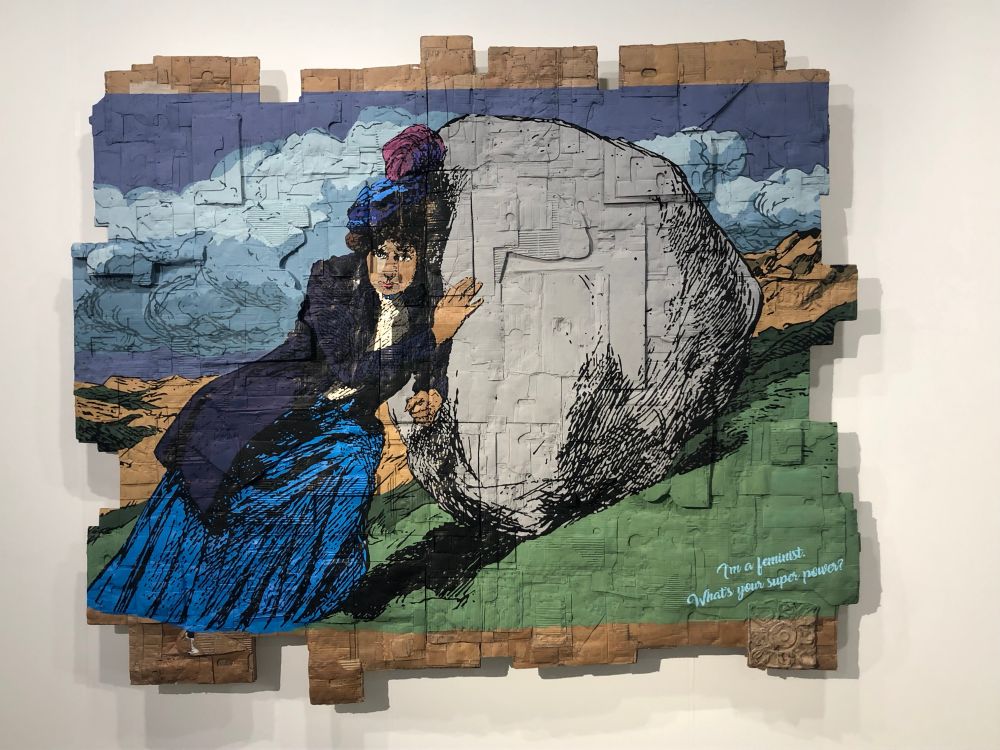 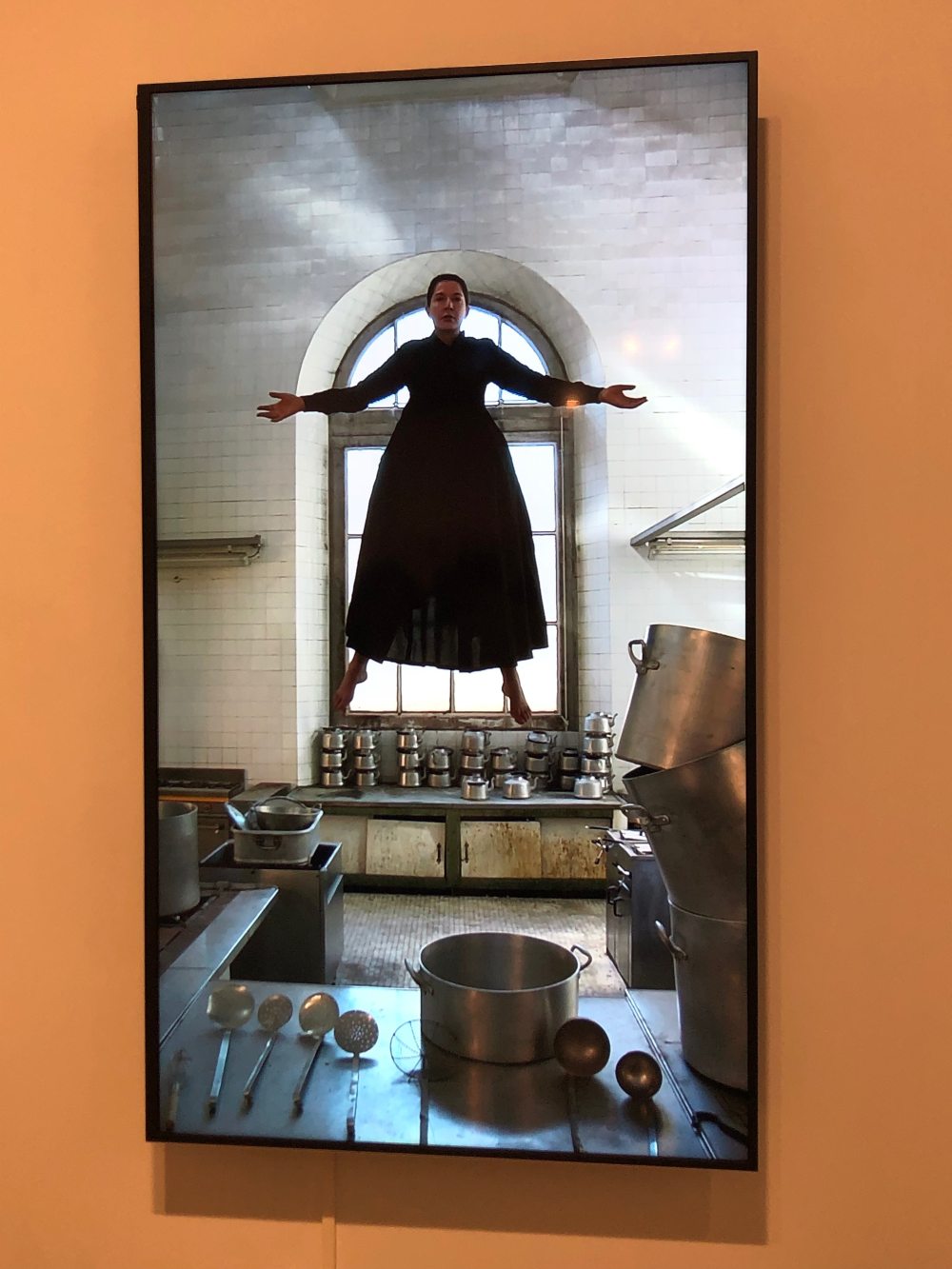 Enhancing your home is easy with wall art ideas that add personality and interest to a space. The paramount rule for choosing art — and the only rule as far as we are concerned — is that the art you choose be something that gives you joy or speaks to you in some way. Pick a piece of art because it “matches your colors” and you have a dispensable accessory instead of an expression of your taste. It’s up to you and your budget what kind and size of artworks you choose. While not every piece appeals to every person, the beauty of art is that it hangs in your home and you are the only person who has to like it!

Here is a selection of pieces from the recent editions of Miami Art Week to fuel your imagination for wall art ideas for your home.

If you are looking for wall art ideas that lend drama and a wow factor to a room, take a look at large scale artworks. While they demand a big space to be properly appreciated, if you have the right wall a massive work will anchor the room and serve as a focal point. This piece by artist Summer Wheat is called “Keeping Bees.” The imposing work is done in acrylic paint on aluminum mesh. Although the overall tone of the piece is neutral, dominated by black and white, it is far from boring.

Wheat calls her own work. “Sensual, disturbing, ugly but beautiful.” The texture in the piece comes from “impasto” which is a method of painting that makes the paint stand up from the canvas. She is said to use syringes, mops, and brooms — anything that allows her to achieve different textures.

Large, colorful artworks don’t have to be painted. This one by Nelson Leirner is called “Homage to Fontana” and made from fabric and zippers. The Brazilian artist is considered controversial and his works mean to question behavioral strategies in an experimental way. This is a rather minimalist piece that would be a good wall art idea in a modern or contemporary space. The colors are vibrant without being overwhelming.

Fans of more traditional — and smaller — artworks will find loads of wall art ideas of all kinds of styles and genres. This modestly sized work is by Parisian-born Bridget Tichenor. She was a Mexican surrealist painter in the school of magic realism, as well as model for Coco Chanel in her early life.

Artwork that is more eclectic and modern, such as this Untitled (eggs 14) by David Adamo, is an offbeat wall art idea. The piece is composed of acrylic and enamel on canvas and will likely appeal to those with a modern space. The artist may be best known for his minimalist wooden installations, but his works do include various studies of food, such as the eggs.

While lots of minimalist works are large, like the one above, they don’t have to be. Small wall art ideas can be just as dramatic, or, from a collector’s point of view, important. This small piece is by Lucio Fontana, a well-known Argentine-Italian artist who was considered the founder of Spatialism. Part of his series of pieces created in the 1960s called Concetto Spaziale, the paint on canvas works are dramatic in a modern, minimalism sort of way.

Abstract works that feature lots of texture are great wall art ideas for modern and contemporary spaces that need more interest. Even though this particular work is neutral on color, the layers, paint and assemblage create depth and drama. Pieces like these provide plenty of fodder for contemplating the meaning and fostering discussion with guests.

Quirky renditions of mundane objects are good wall art ideas and works like Peter Cain’s are very fitting for a masculine space. Cain – who died at 30 of a cerebral hemorrhage — was known meticulously making paintings and drawings of surreal and versions of cars. His method included collaging an atypical version of the car and then using that as is home to paint the creation.

We love this wall art idea for the way it plays off of a well-known masterwork, adding elements that update and expand the meaning in today’s culture. Created by Brazil’s Rodrigo Bueno, the classic painting is transformed with added elements made from other materials, including natural ones. These types of artworks most definitely spur conversation — and sometimes controversy.

Graphic artworks are a fabulous way to add verve to your space. This type of wall art ideas works in all kinds of spaces and can include a big pop of color or not. Some works rely on contrast, such as this one by Francisco Sobrino. Relacion N.B. 4 is made from black and white plexiglas.The late Spanish artist created all sorts of geometric and grid-based works, many of which incorporated optical illusions as this does.

Many people prefer realistic art and paintings. This work is by Wayne Thiebaud, who is best known for his paintings of cakes, pies, pastries, and toys. This type of wall art idea is a fun and whimsical addition to a space. Thiebaud started out as a cartoonist for Disney, later moving into fine arts.  His works are a little bit of pop art, but generally include realistic still life renditions of food and other items.

At the other end of the spectrum is this colorful and abstract work by South African artist Zander Blom. It’s a wild combination of colors that is a decidedly dramatic wall art idea. Blom uses modernist abstraction in a playful way and the modular sections of paint and lines create “different formal relationships,” write Artsy. The Unititled work is vibrant and eclectic, with its swirls, smears and seeming errant streaks around the edges.

Repetition and the creative use of unexpected materials often come together in surprising ways. This wall art idea by British sculptor Alice Channer is “Linear Bivalves.” Made from vacuum metallized and lacquered mussel shells on custom jigs, the work is typical of Channer, composes works representing animate beings and inanimate objects. The candy color and metallic finish are unexpected when it comes to bivalves and the artwork has a bit of a fantasy feel.

These are just some examples of the wall art ideas we saw at the recent international art shows. When you think about art, try to think outside the box. Myriad types of styles of art exist and there will be many that appeal to you and many that don’t. The important thing is to explore the possibilities and decide what kind you like and how you can use it to style your home to express your personality.

A Communistic Romance by Theaster Gates is a dramatic piece of wall art that makes a big statement. The collection of 83 volumes of bound Jet magazines in different sizes creates a linear flow while the titles are a narrative poem by the artist that is printed on the spines. Gates is a professor of visual arts at the University of Chicago and is creates work that focuses on the possibility of the “life within things.”

Like lavish jewelry on the wall, thousands of strung freshwater pearls cascade in bunches to create Call Me Anything You Want. While Italian multimedia artist Paola Pivi is best known For her whimsical work with bears as sculpture, her series using pearls revolves around the concept of power and accumulation. This particular work is a set of 20 individual pearl compositions.

These three mosaic panels are made from pieces of silvered hand-blown glass in a range of subtle colors. They are meant to show the complex faceted discs as a succession of views from three different angles. Created by Danish–Icelandic artist Olafur Eliasson, the work is part of his ongoing exploration in glass mosaics.

A wall installation is another novel wall art idea. This is Fire (United States of the Americas) 3, which consists of a map of the continental United States reduced to scorched, broken fragments of charcoal. Outside the outline of the country, little bits of graphite scatter across the wall, forming constellations. The large and thought-provoking art piece is by Teresita Fernández, an artist who is best known for sensuous sculptures and extremely large public art pieces. A good deal of her work is inspired by “a rethinking of landscape and place” but also by various references in culture and history.

A multitude of discs and a lot of string in the hands of artist Jacob Hashimoto is transformed into this magnificent piece of wall art. Hashimoto is best known for his works using traditional Japanese methods to take thousands of hand crafted paper and wood kites to create large-scale “tapestries.” This piece is called Garden of Cosmic Violence and is made from wood, acrylic, paper, bamboo and Dacron. It’s another one of those artworks that is appreciated from different perspectives: from afar to take in the entire work and close-up to marvel at the intricate construction.

If you only think of tapestries and quilts at the mention of textile art, you need to see the work of artist Sheila Hicks. Presented by Galerie Frank Elbaz, the work is complex and a perfect art installation for a corner that needs enlivening. It’s a truly out-of-the-ordinary piece that is quite novel and will be a conversation piece. This one also needs a larger expanse of wall to be properly appreciated.

Art that makes a political of societal statement is yet another awesome wall art idea for your home – as long as you’re prepared to maybe debate your guests! Called I’m a Feminist, What’s Your Superpower?, the work is made with marker on cardboard by artist Andrea Bowers. IN fact, Bowers focuses her work the convergence of art and activism on a variety of subjects.

Probably best known for some of her high-profile installations, performance artist Marina Abramovic is a prolific artist who creates works that would also be. A novel addition to your living room. This particular work is called The levitation of Saint Therese, a flat screen video installation. Abramovic often uses her own body as both the subject and medium in her works and performances as she did here.