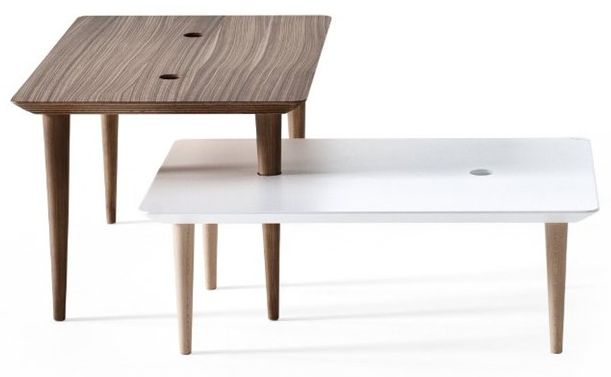 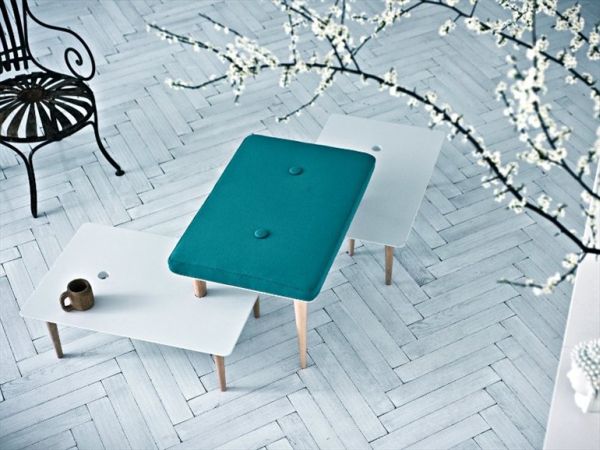 This is a set of just two tables but with them several different combinations can be created. That’s because of their modular design that allows them to become parts of more complex compositions. These two tables were designed by Paolo Grasselli for Saba Italia. They are a set of nesting tables and were a creation of 2012.

The tables can be arranged in numerous ways thanks to their simple but ingenious design. First of all, they have different heights and this allows them to be placed on underneath the other and save space. It’s a very useful design, especially for small homes. Then there’s also their unique design. The tables feature two holes on their tops. They each have these details and it’s the element that makes them so versatile and modular.

The two holes allow the user to create numerous configurations. The tables are functional when used independently but they also the ability of becoming a part of a duo. This means that they can be used both individually and as a set. There’s also the possibility of adding a specifically-designed cushion on top of the newly created structure. It’s a simple and creative way of decorating spaces such as the living room or even the home office. The tables’ legs are made of solid beech wood and the top id lacquered MDF of plywood. The cushions come in several colors.