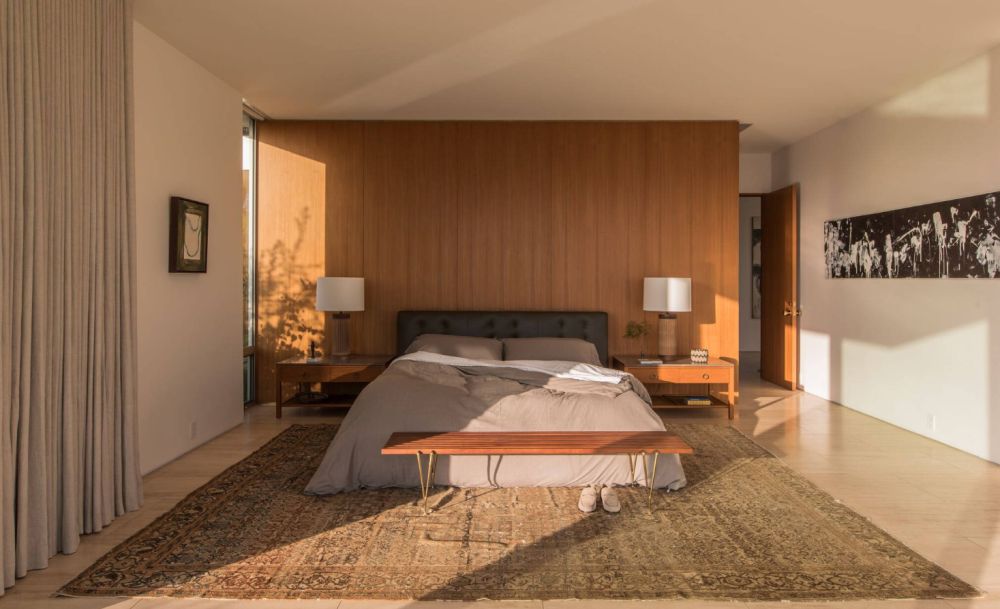 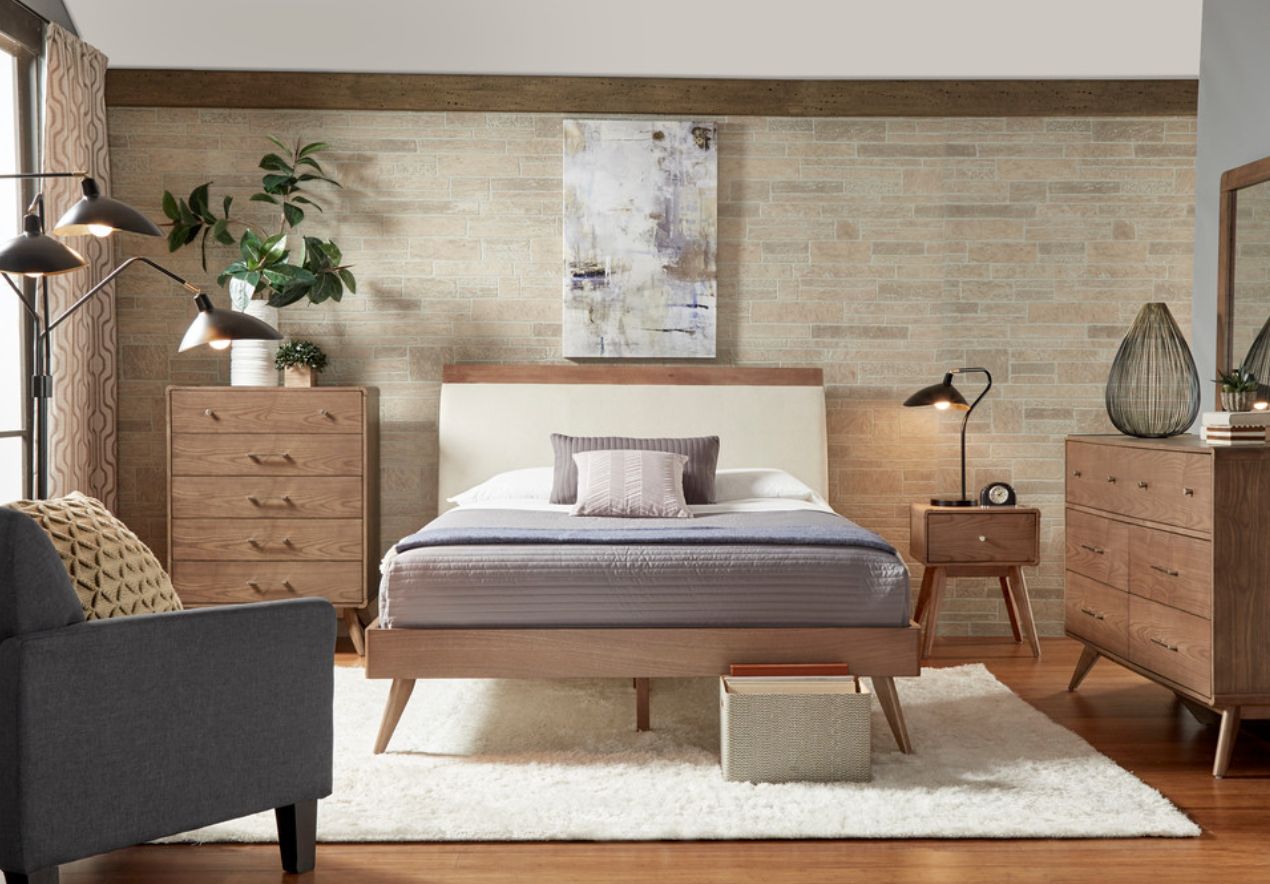 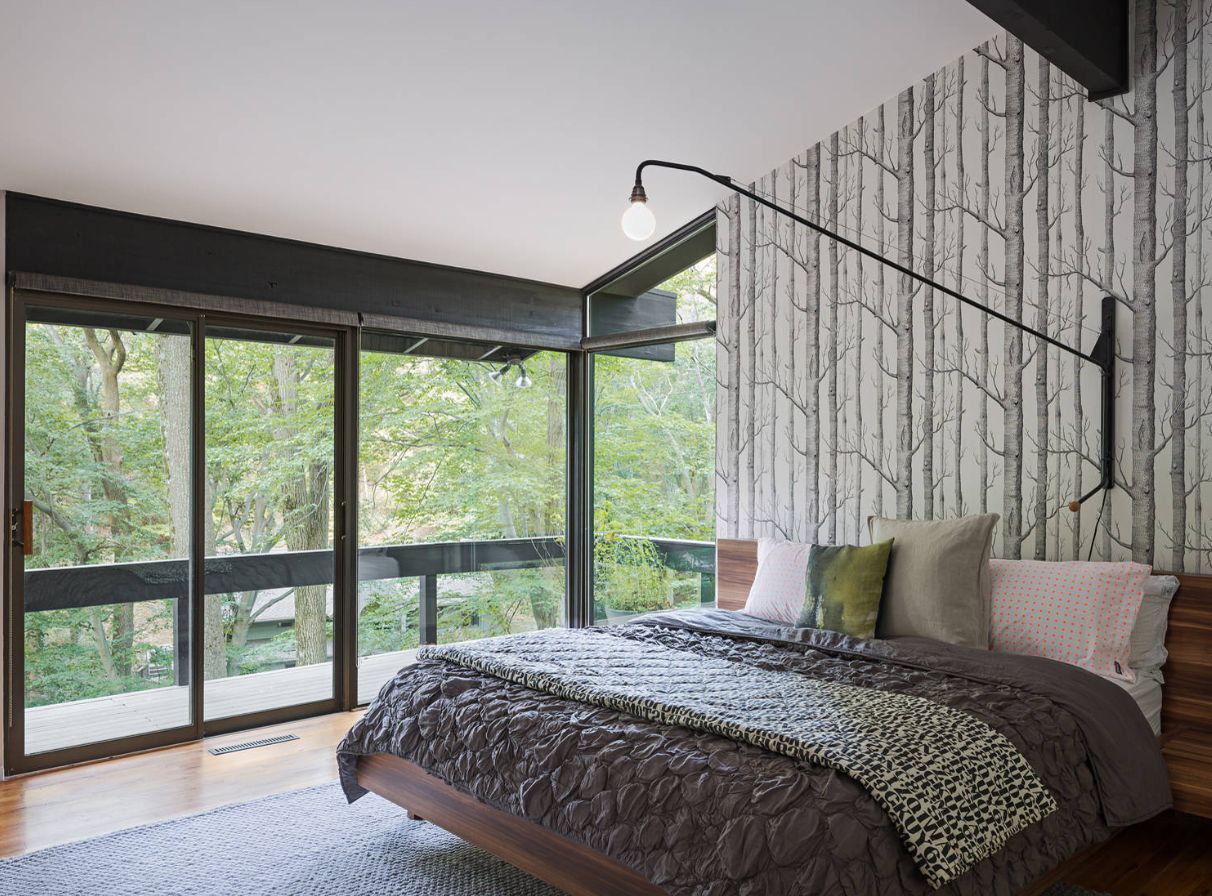 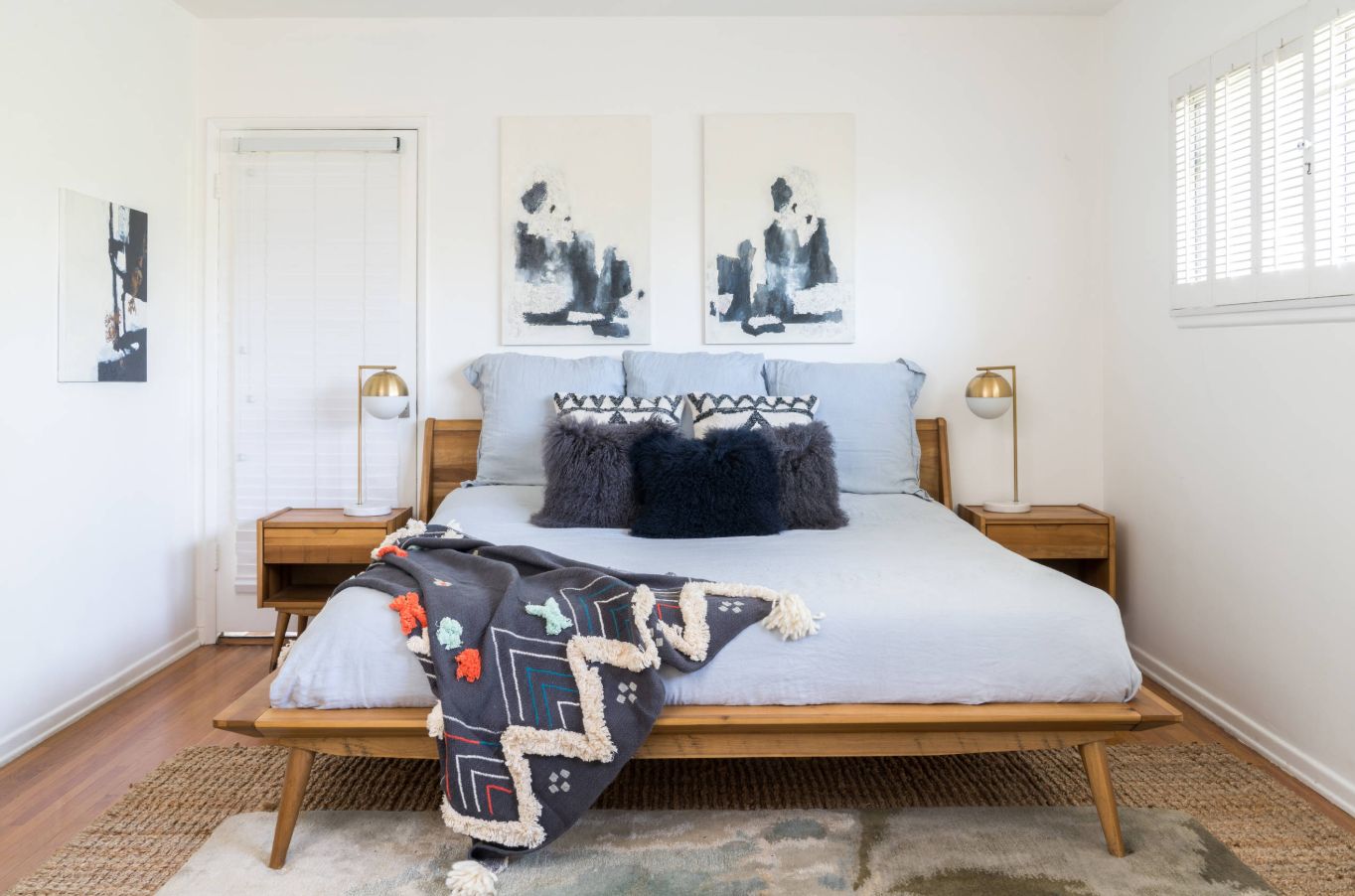 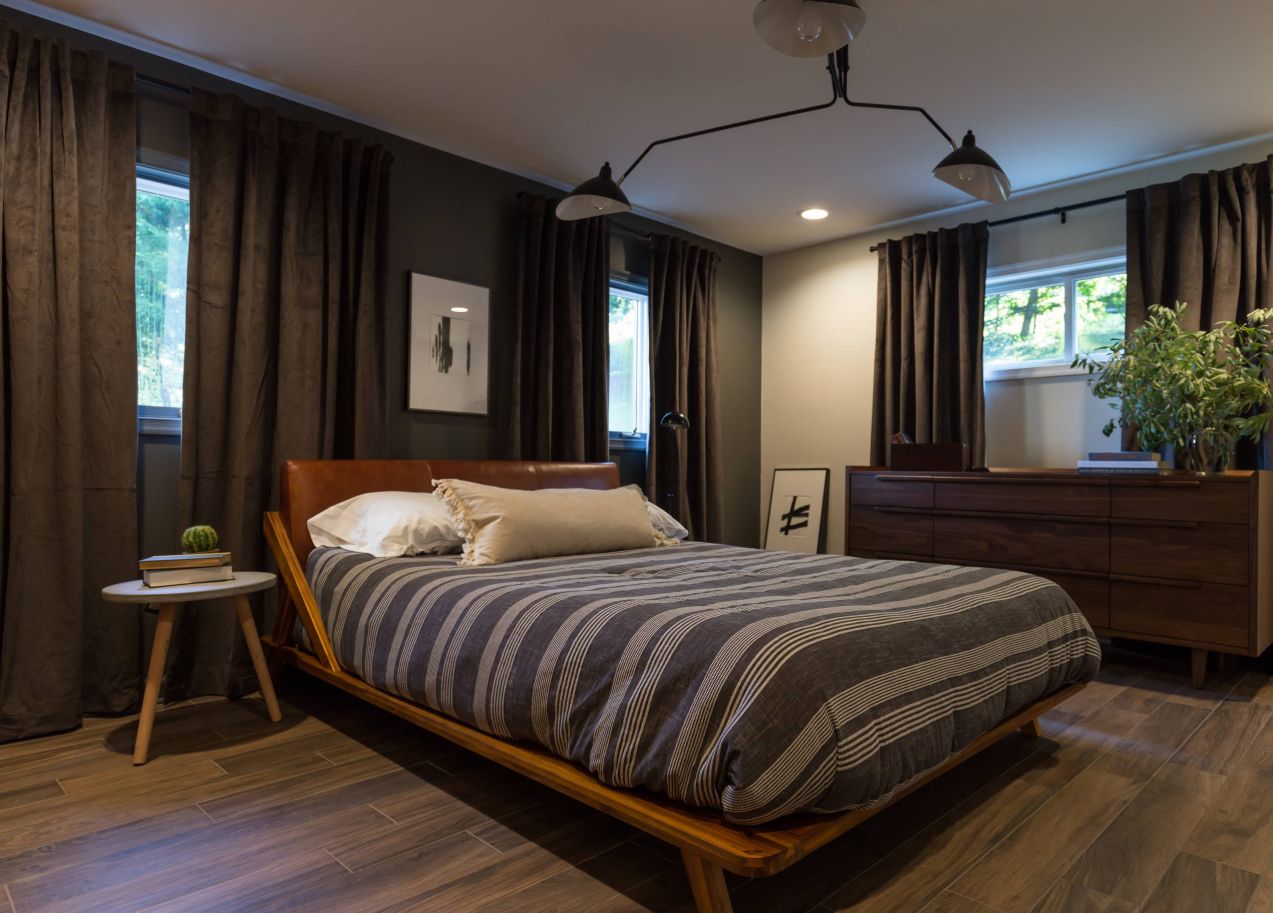 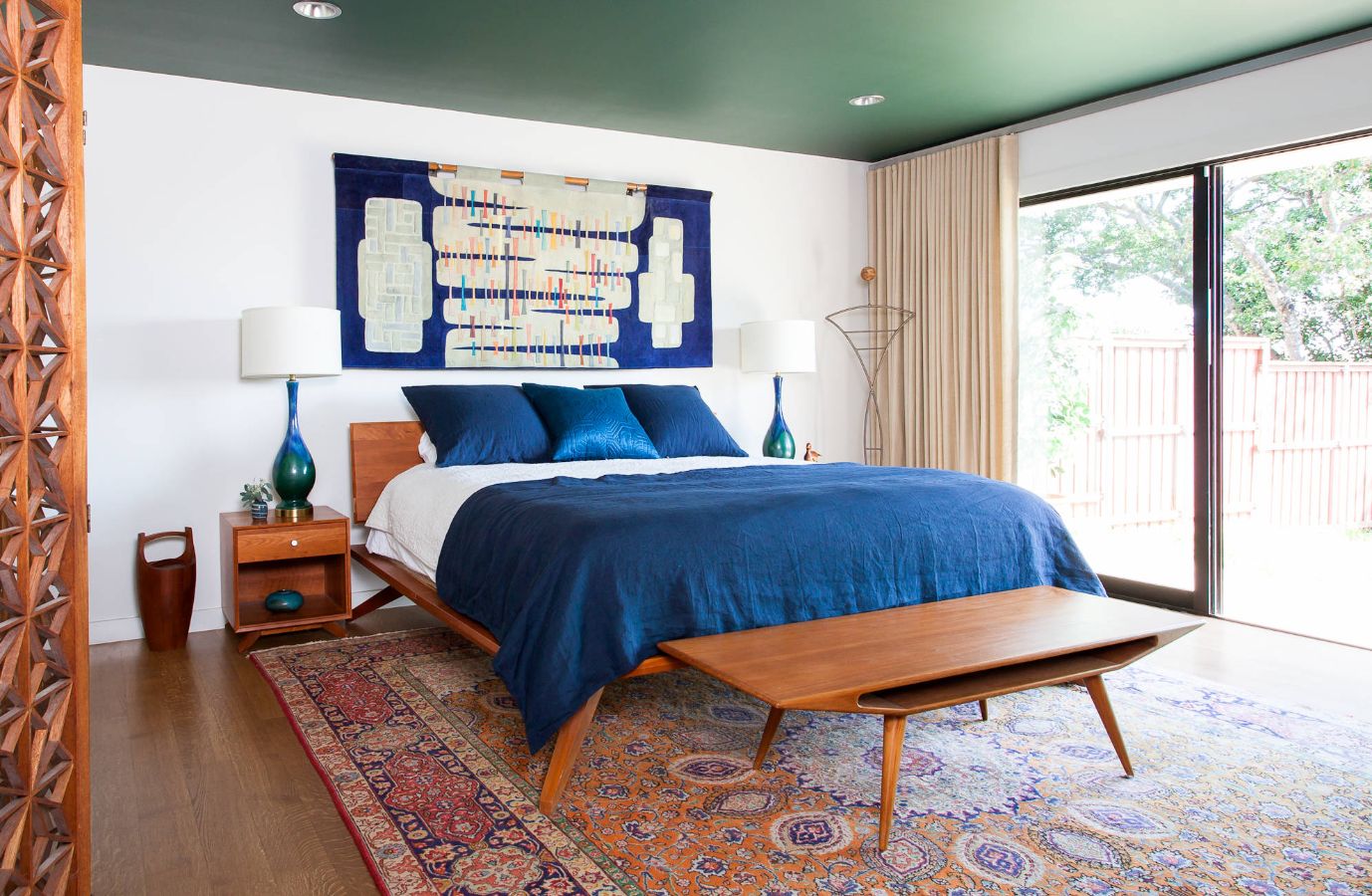 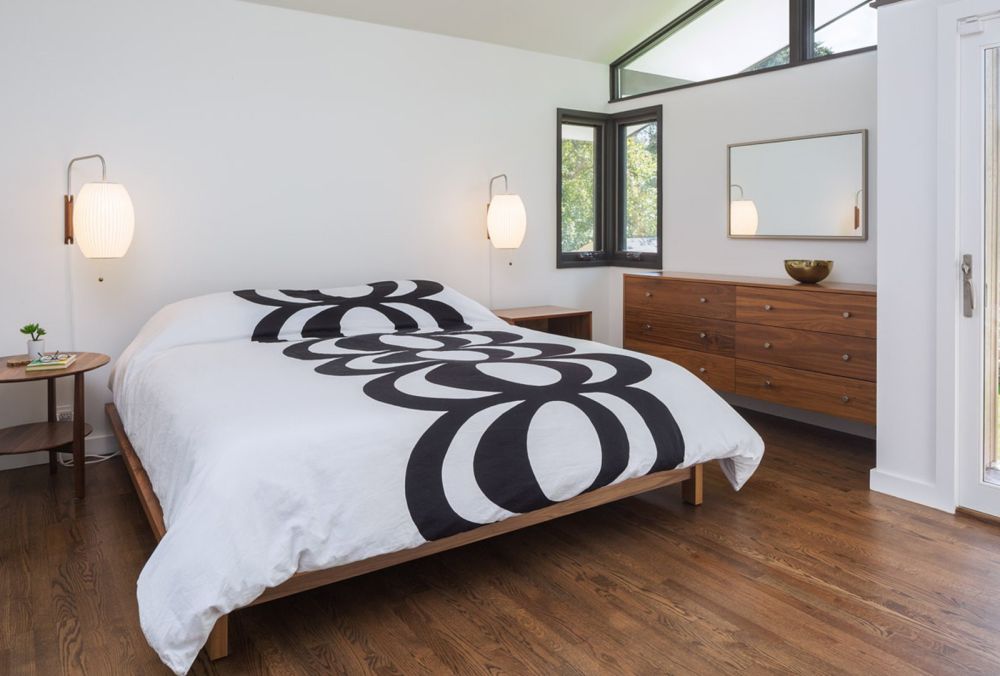 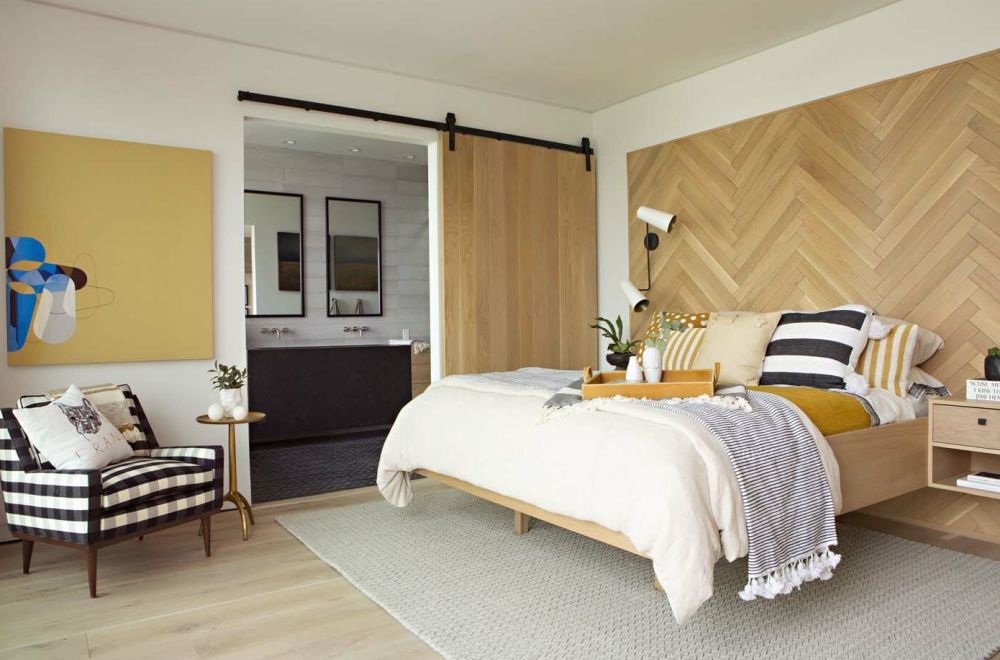 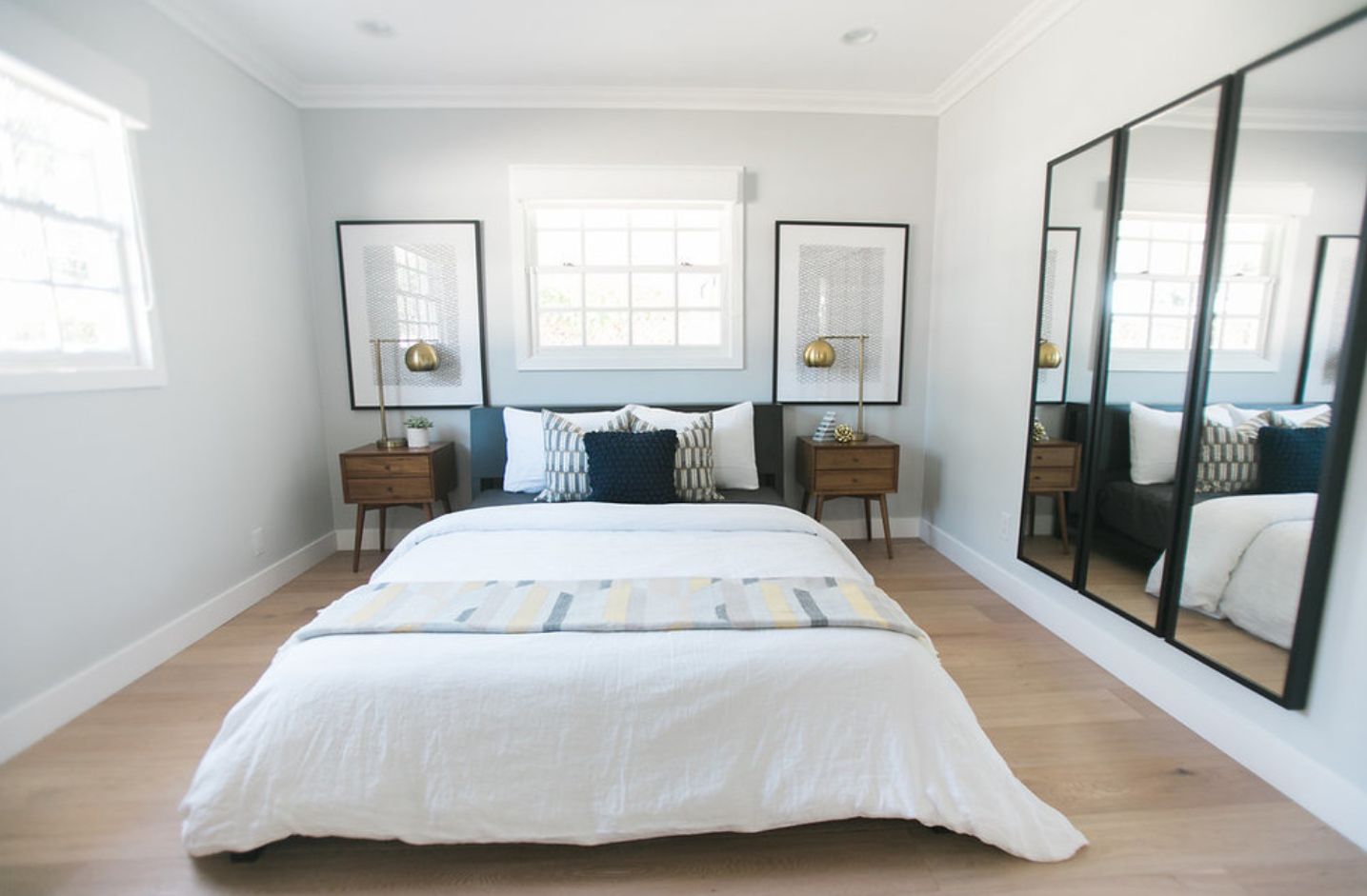 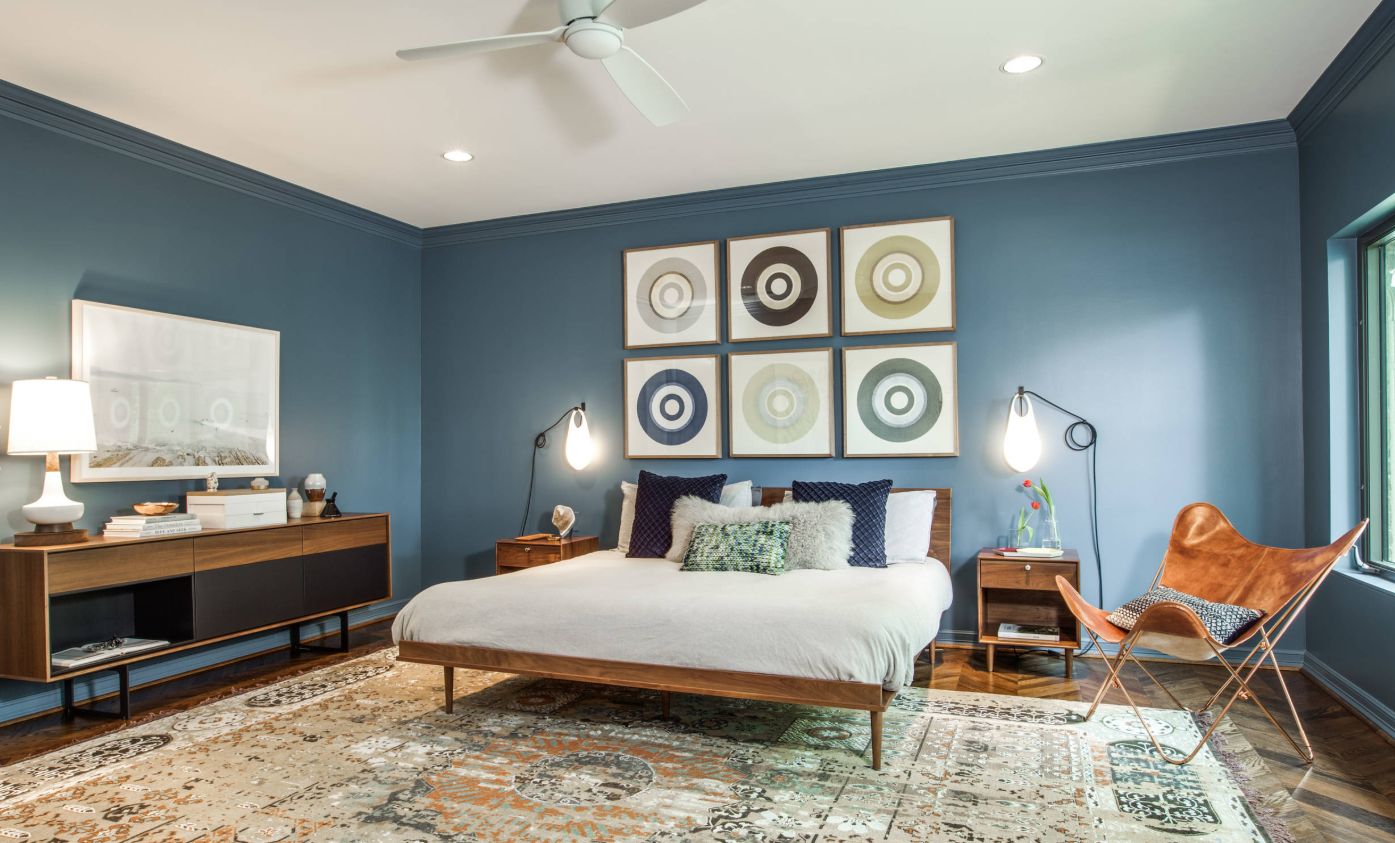 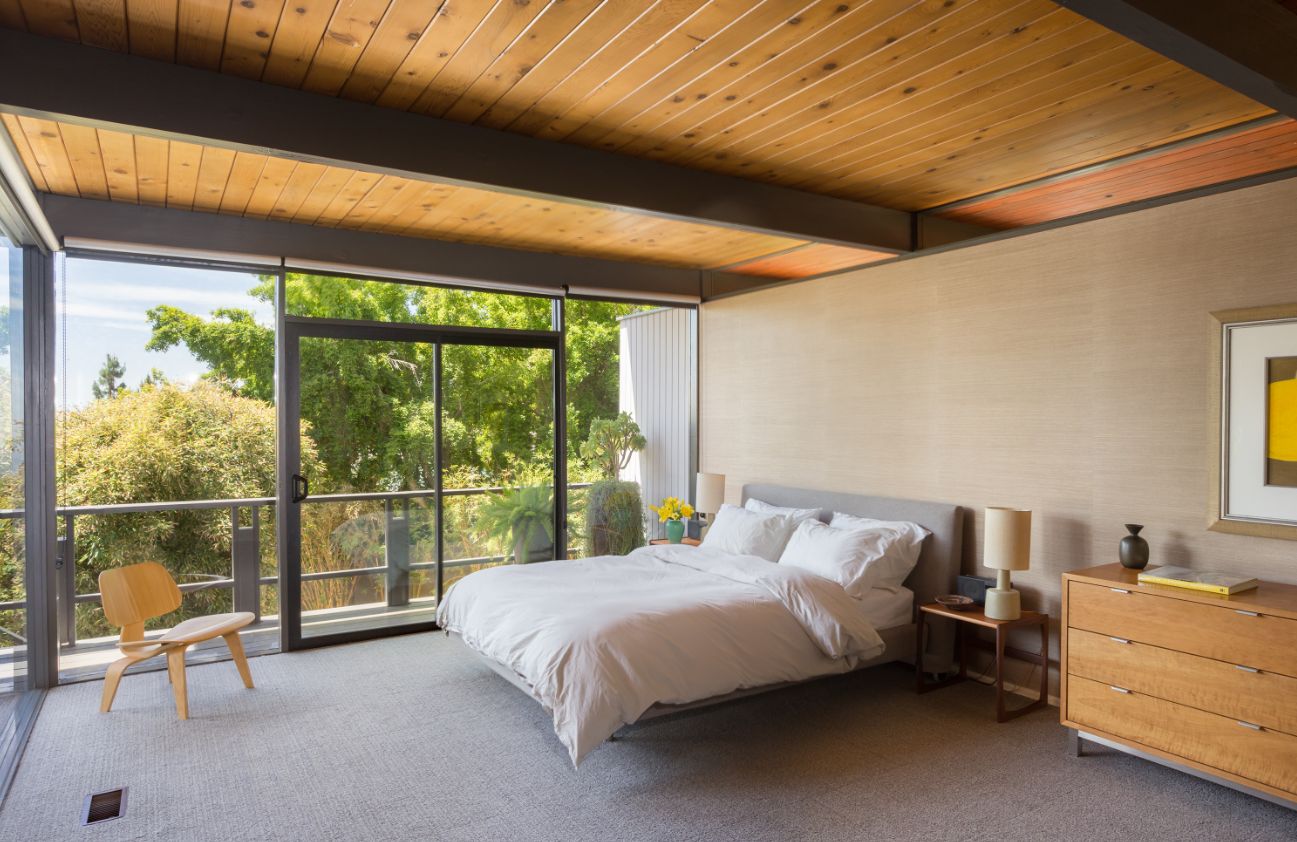 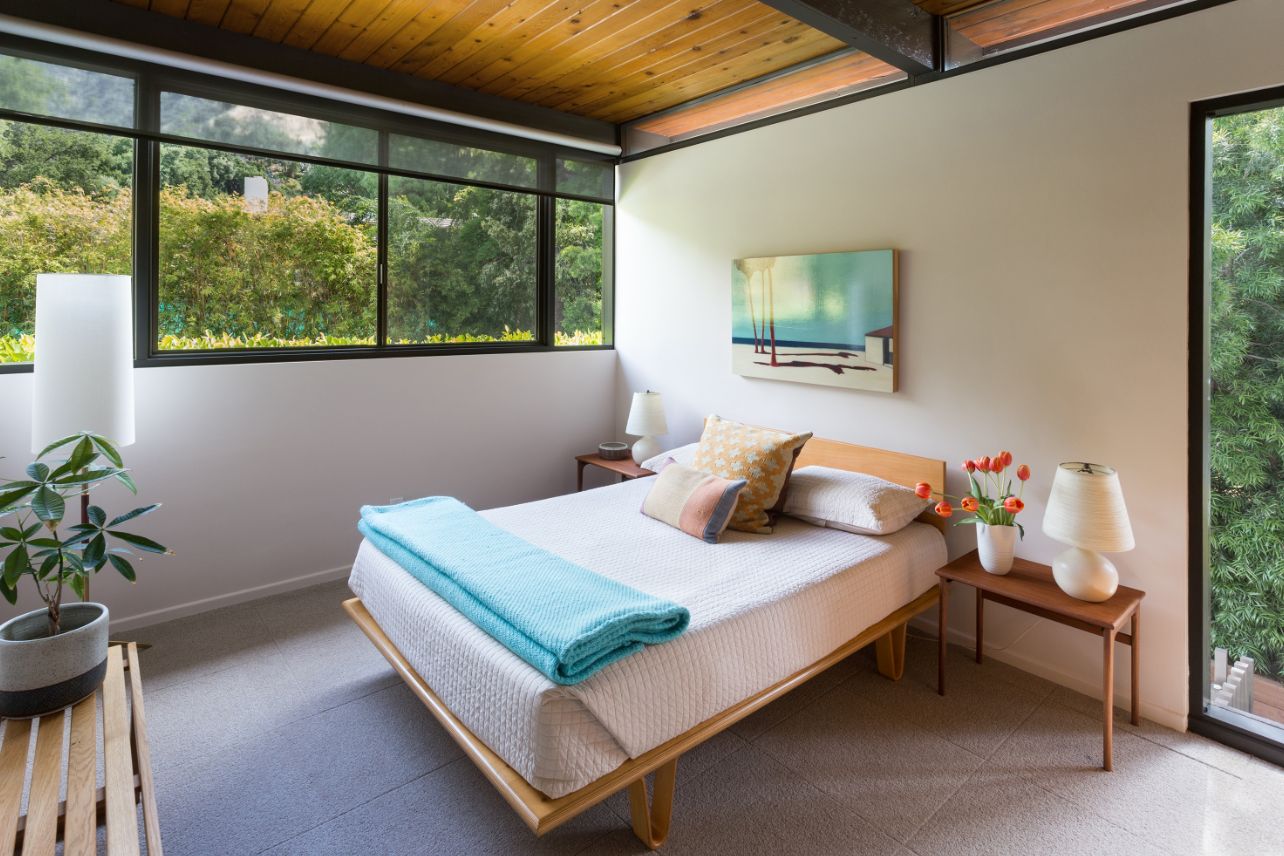 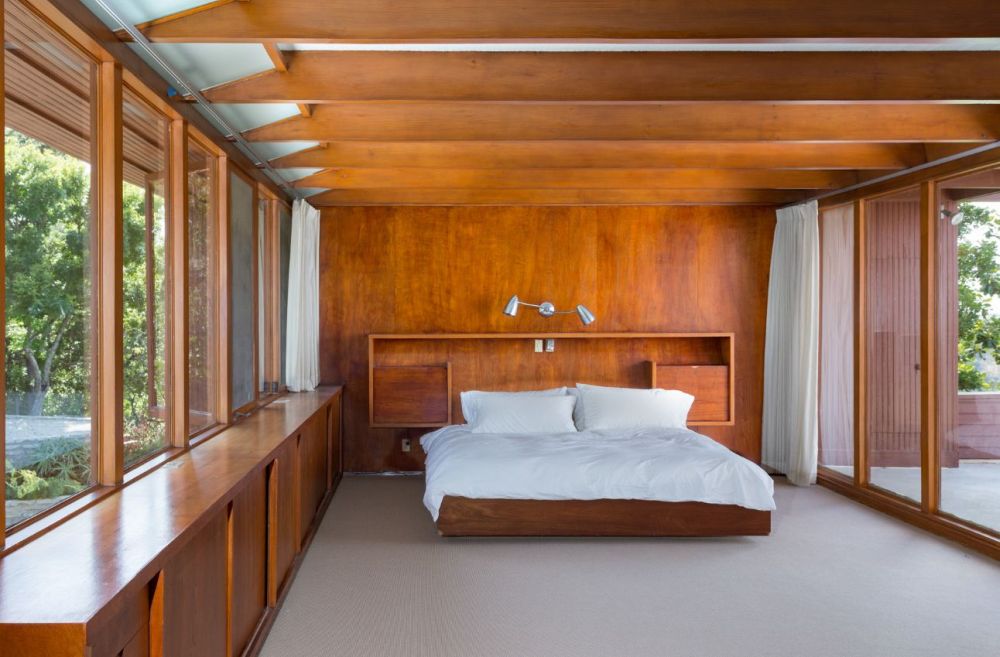 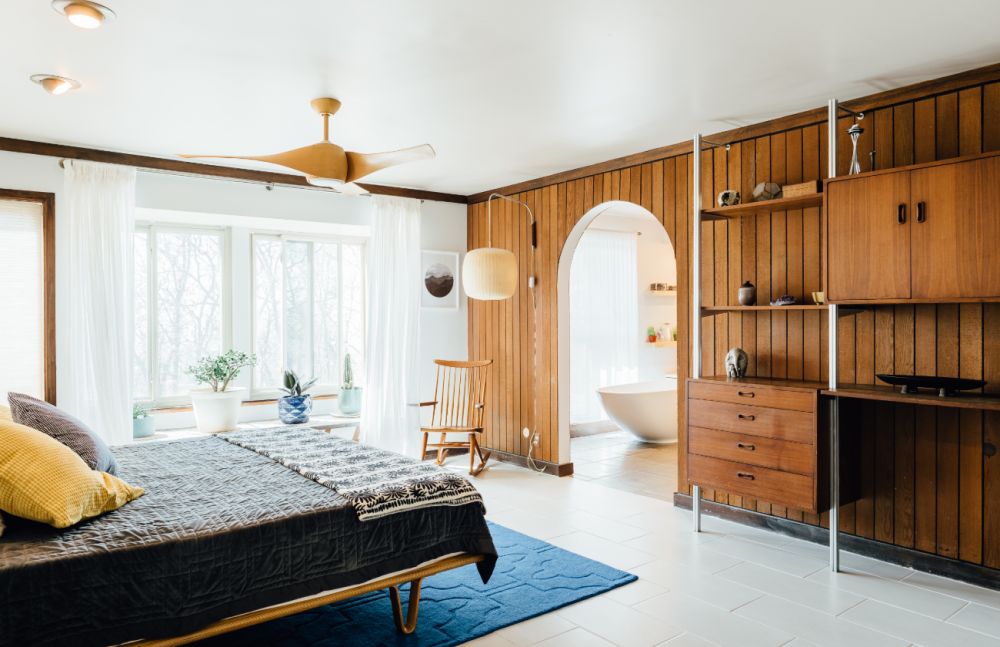 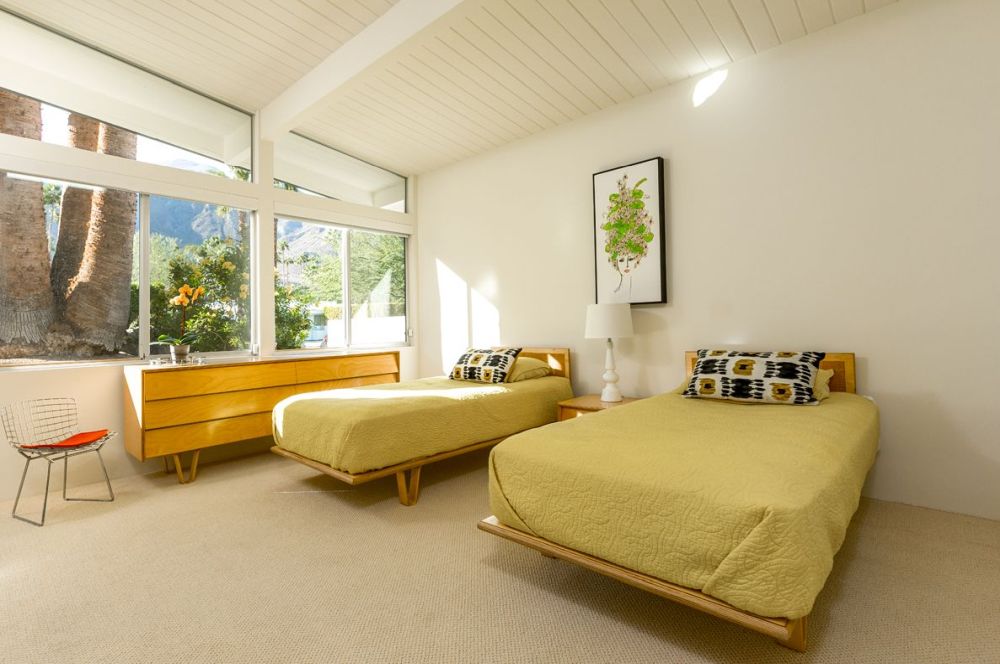 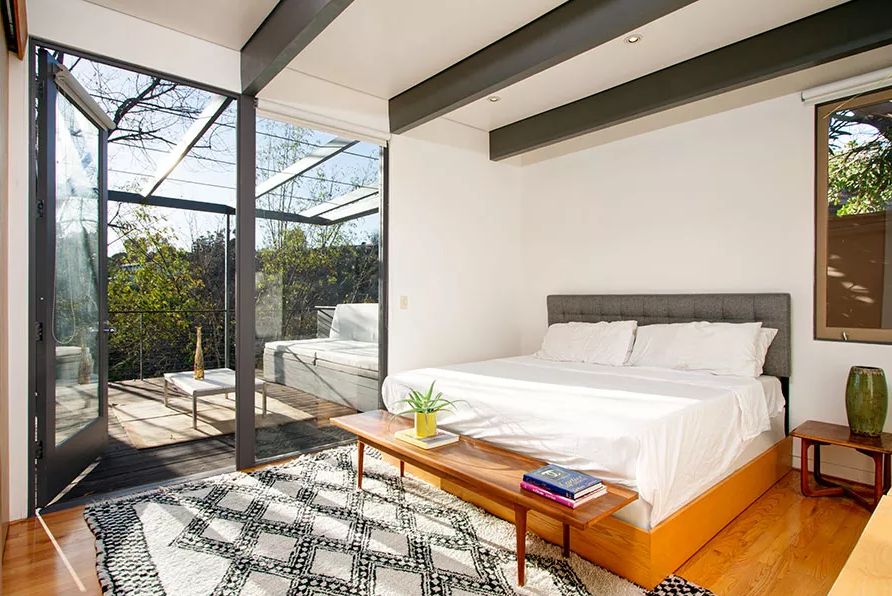 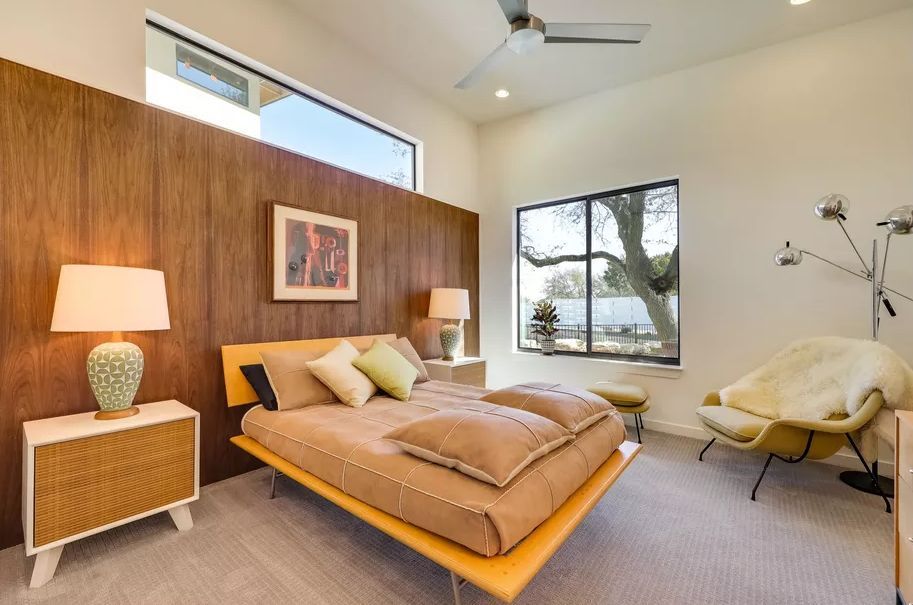 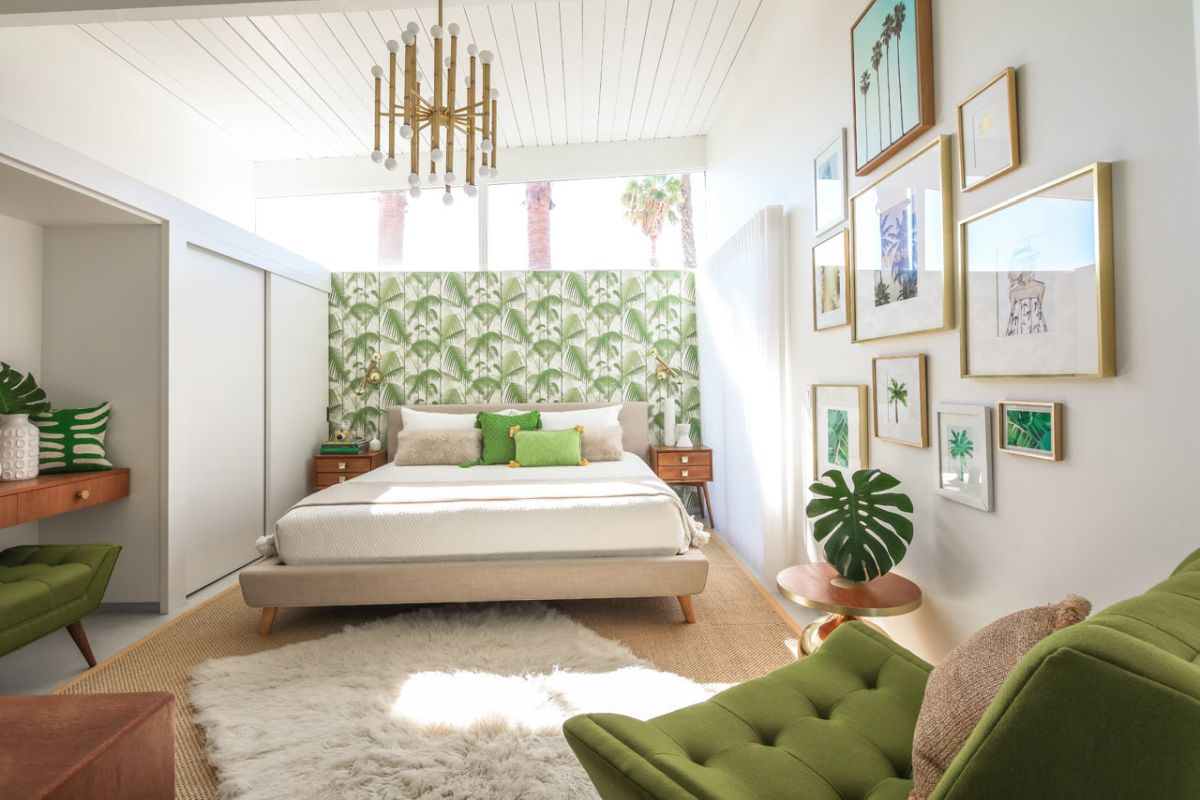 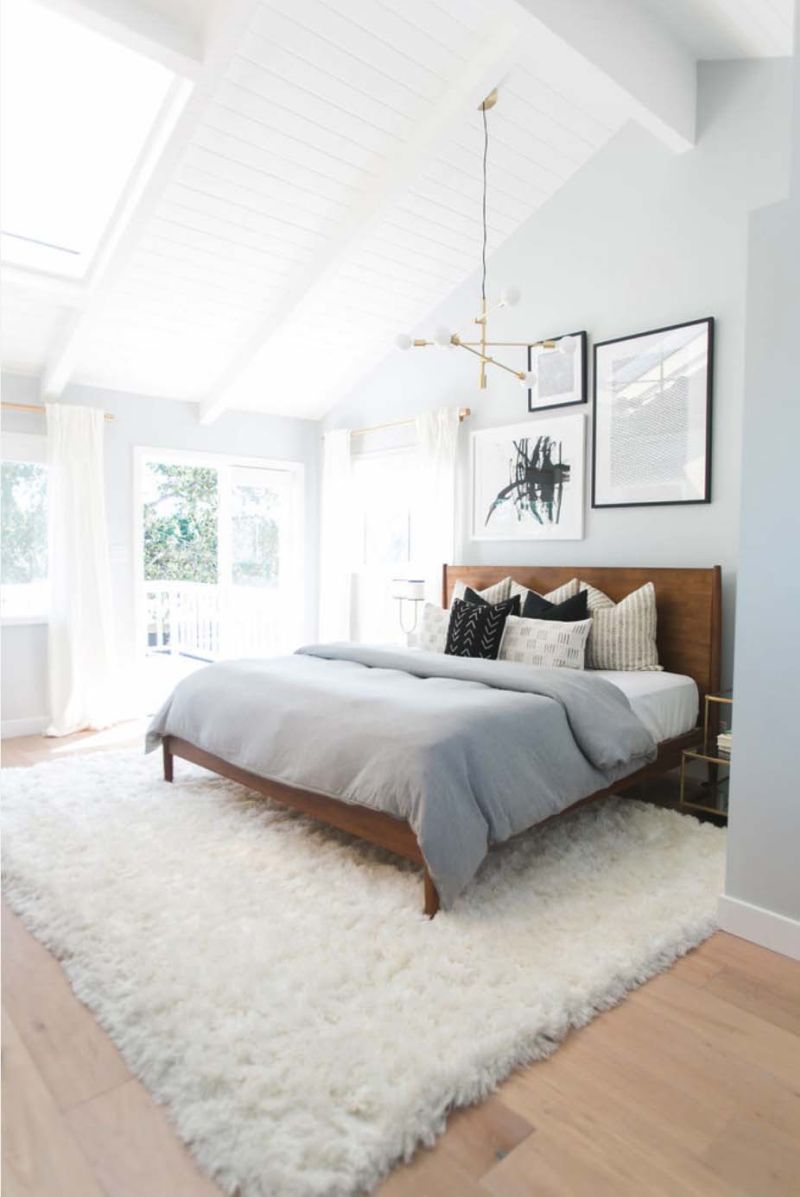 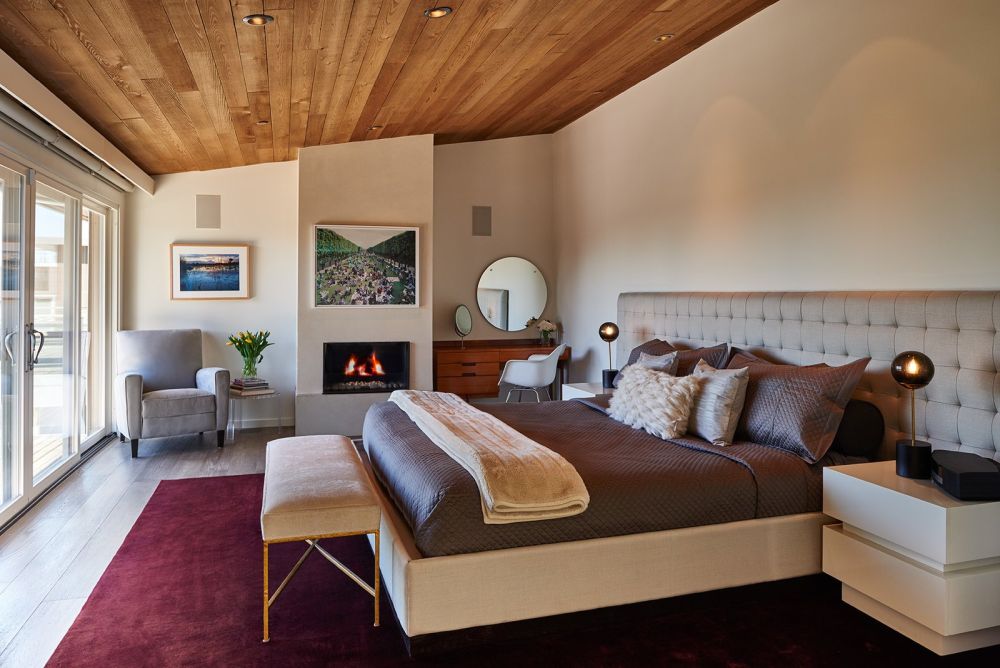 The mid-century modern style references architecture, furniture, materials and technologies which became popular after World War II but you’ve probably heard it being mentioned in the context of modern and contemporary projects, in particular in relation to interior design and decor. The reason why this style is still popular today is because it simply makes sense given its connection to Scandinavian minimalism and the fact that natural materials stand at the core of it all. That being said, let’s check out some charming mid-century modern bedrooms and see what else we can learn from them.

A mid-century modern home from Bellevue, Washington was completely renovated but still maintained its charm as you can see here. The bedroom features a stylish blend of vintage and modern. Find out more about the remodel on dwell.

Another stylish mid-century modern bedroom was designed by studio Lindye Galloway as part of a complete home remodel in Newport Beach, California. The owners wanted their home to be transformed into a chic and modern living space with graphical focal points and that’s exactly what the designers offered them.

Studio Michelle Boudreau Design recently faced the challenge of bringing a mid-century modern home back to life. The owner wanted to preserve as much of the original design as possible but also wanted the house to be updated. This bedroom perfectly reflects this eclectic approach.

The popularity of the mid-century modern style has inspired designers to create projects such as Starlight Village, a community that features all-new homes in this particular style. This is one of the bedrooms. As you can see, it’s very chic and it also has a modern flair and plenty of mid-century charm.

Located in Los Angeles, California, this charming house offers a great view of the Hollywood sign right from the backyard. The house was built in 1957 and retains some of its original charm even today. Check out this mid-century modern bedroom. Isn’t it beautiful? You can find out more about this property on curbed.

This is a design by architect Charles Dubois who built this stylish mid-century modern home in 1958. The house is located in Palm Springs, California and has preserved its elegance and charm over the years really well. Check out curbed if you want to find out more details about this place.

This beautiful mid-century modern gem comes from Ogden, Utah. It’s a 1970-built home with a very charming wood-clad interior. This gives the rooms a lovely vintage vibe. We love the bedroom in particular, especially the arched opening between it and the bathroom. This is a design by architect Ron Molen.

As mentioned before, natural wood is at the core of mid-century modern interior design and you can clearly see that here. This is one of the few houses designed by architect Rodney Walker which has survived almost unaltered since it was built in 1949.

Huge windows and glazed facades aren’t usually signature features of mid-century modern houses but they’re often added during remodels and renovations. This post and beam home from Pasadena definitely makes the most of them. It’s a four-bedroom house with a beautiful master suite which occupies its own separate wing. You can check out the rest of the rooms on deasypenner.

This mid-century modern bedroom is one of the most interesting ones yet. It has dark stained, herringbone pattern flooring and blue walls beautifully complemented by a clean, white ceiling. The large area rug, leather butterfly chair and those chic cord lamps all help to shape the decor and to create a welcoming ambiance.

Small windows are definitely not as efficient at bringing in light and panoramic views as full-height windows are but in a way they make a mid-century modern bedroom look more authentic. A nice trick is to use mirrors to make the space look larger, brighter and more airy. This space was designed by Lindye Galloway interiors.

A distinctive characteristic of mid-century modern design in general is the fact that it seamlessly blends style and comfort which is particularly important in the case of spaces such as the bedrooms. This one is a really great example. It was a collaboration between Eric Olsen Design and RailiCA Design.

Speaking of windows, check out this remodeled mid-century modern bedroom from Colorado. It has clerestory windows which let in light without compromising privacy but it also has two adjacent windows in one of the corners. It’s an unusual combo with plenty of character. You can find out more about this house on dwell.

This isn’t the first time we see natural wood and mid-century modern furniture being paired with deep blue color accents. It’s a beautiful and stylish combo which gives spaces a royal vibe and which highlights this style’s implicit sophistication. This particular space was completed by Erin Williamson Design.

Dark and earthy colors can also suit mid-century modern bedrooms, creating a warm and cozy ambiance and complementing the wood tones which are almost always a defining characteristic of such decors.

Of course, a chromatic palette based on light, neutral tones can look very beautiful too. Check out this bedroom designed by Oh Beauty Interiors. The platform bed is the main piece and even though it occupies a big portion of the room, the tapered legs give it a slender appearance.

The birch tree wallpaper looks great in this mid-century modern bedroom. It’s one of the few purely decorative elements in the room and it bring nature inside together with the large windows and open balcony.

This is a perfect example of how a simple design and a neutral color scheme can make a space look super charming and inviting. The tapered legs made the furniture pieces look chic and lightweight, the area rug gives the bedroom a cozy look and the brick pattern on the wall creates the perfect backdrop for the room and everything in it.

This master bedroom completes our list of inspiring mid-century modern interiors, featuring an understated color scheme, white walls, modern artwork and lots of wood for a warm and comfortable atmosphere.