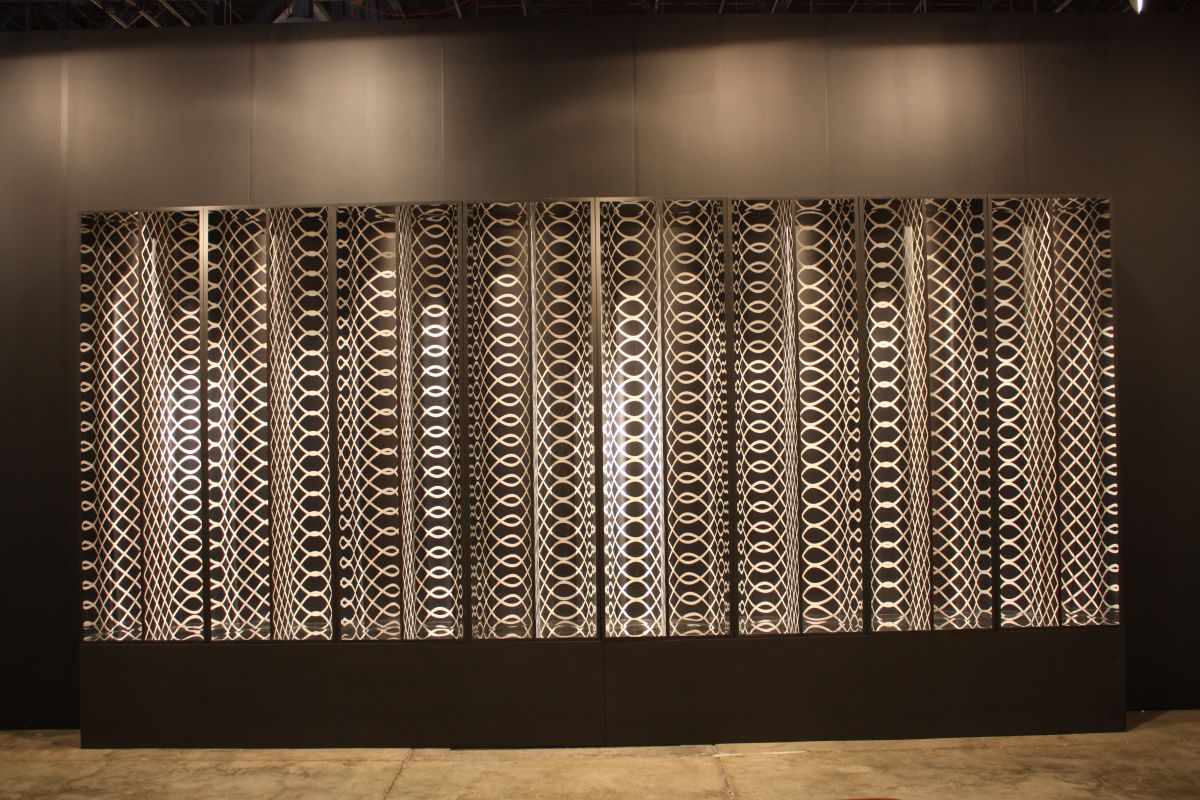 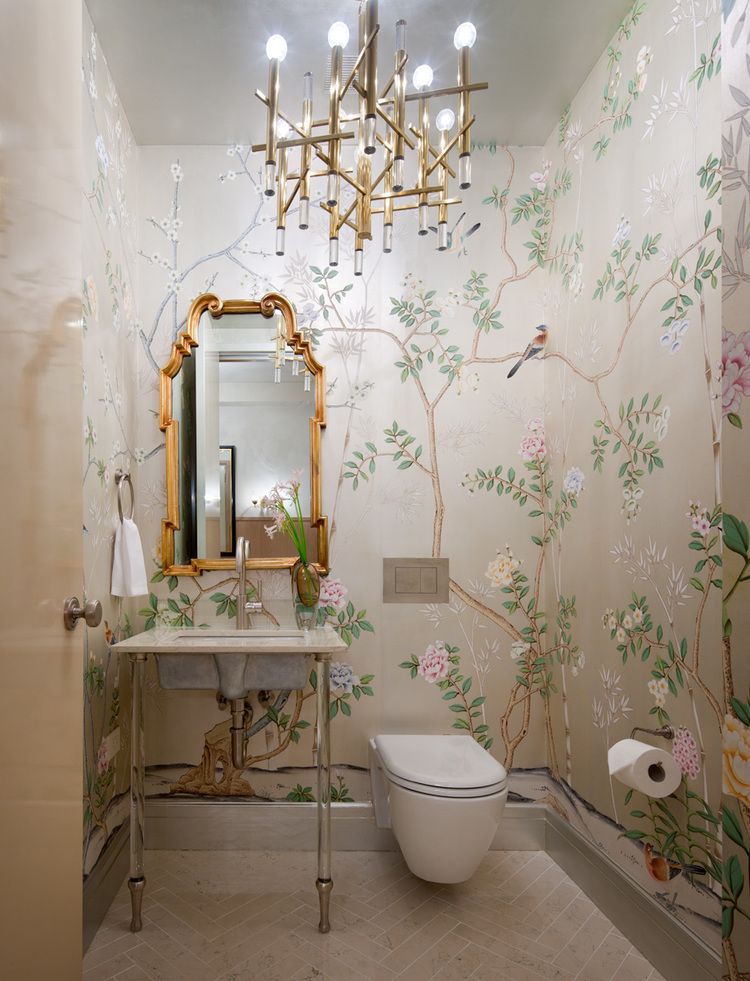 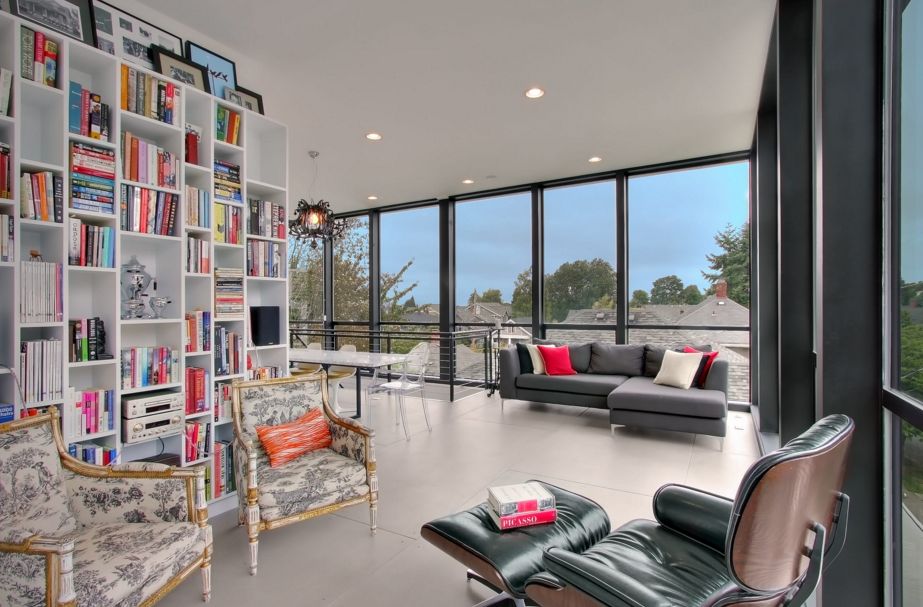 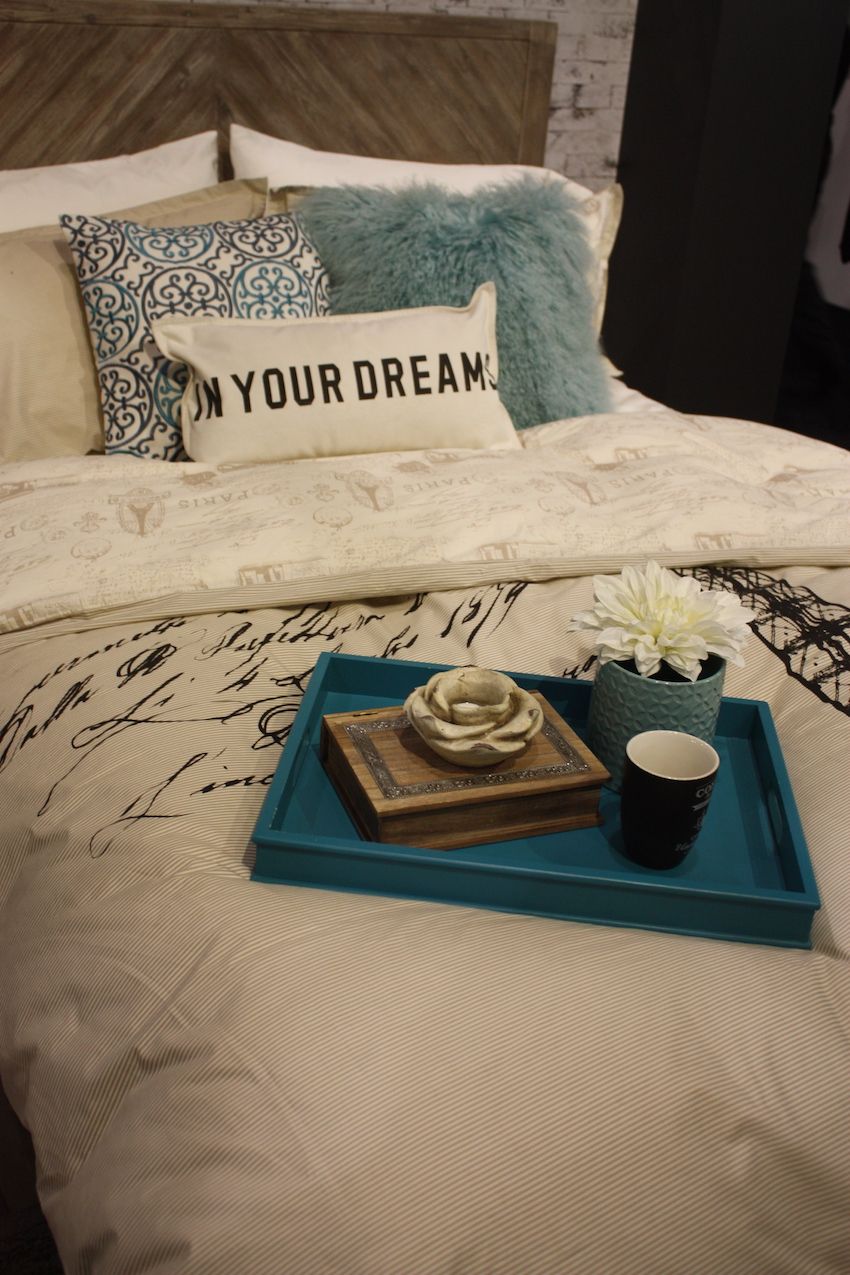 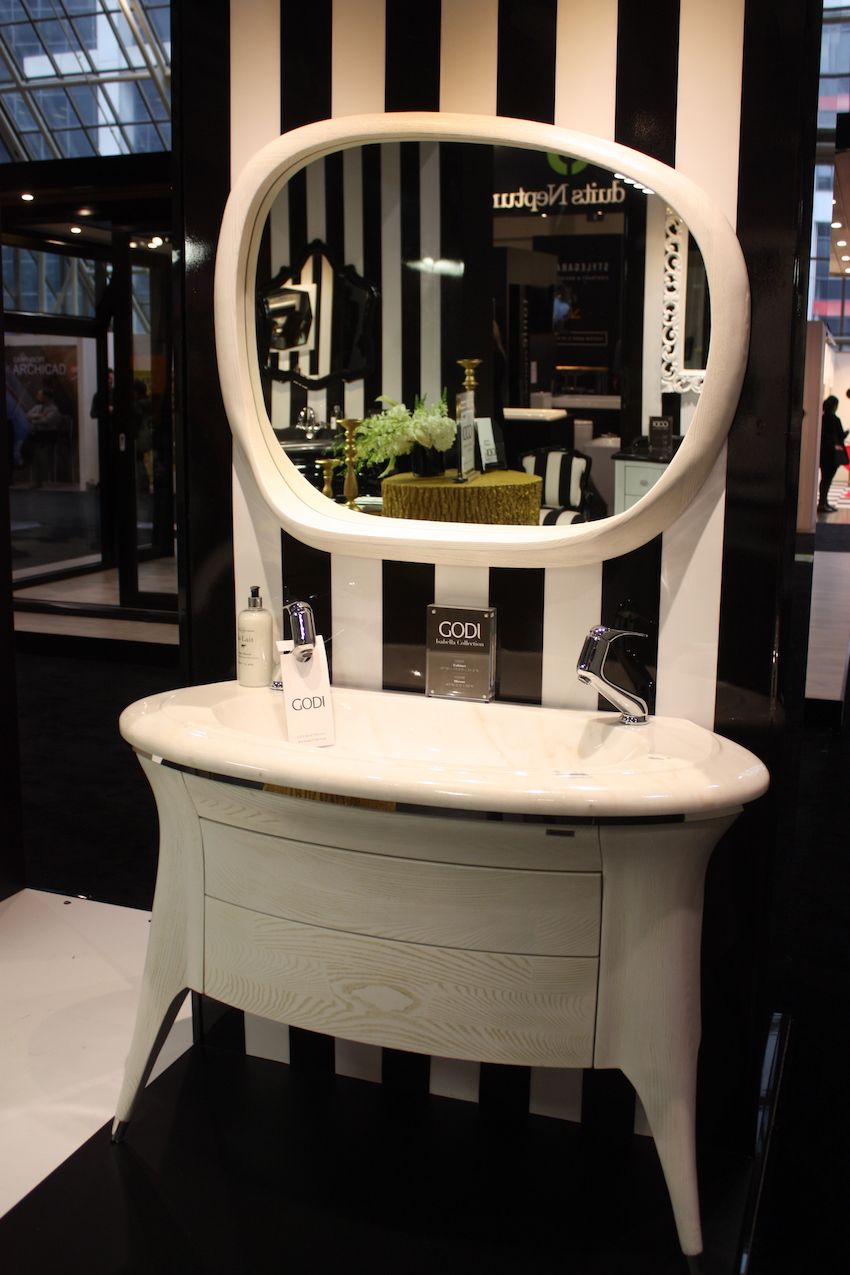 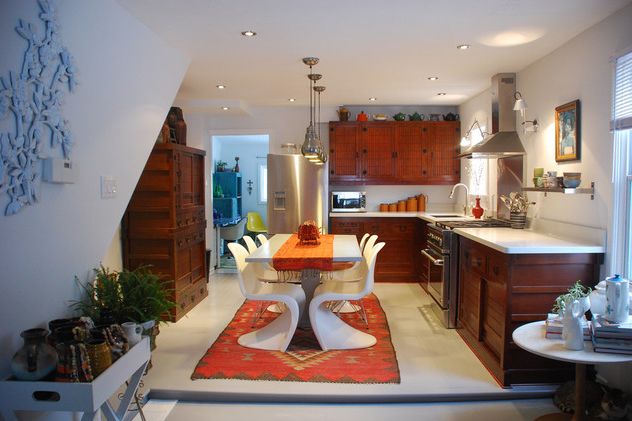 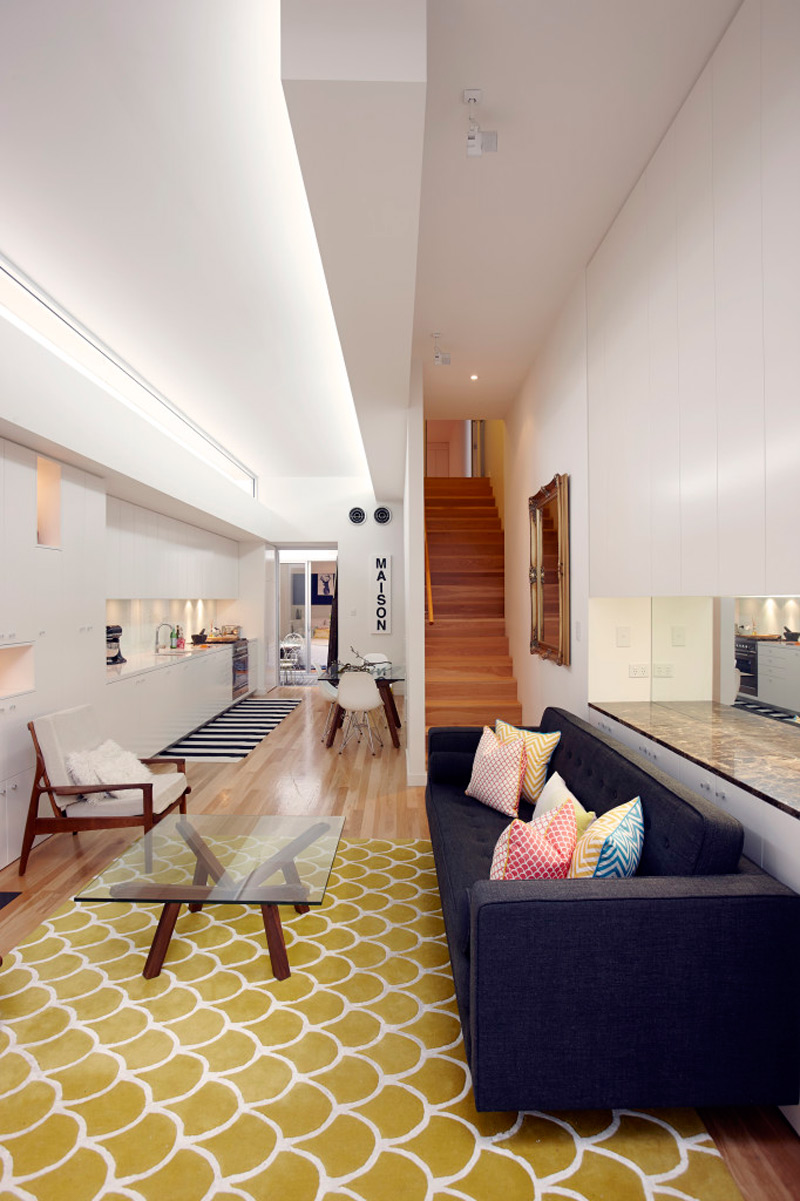 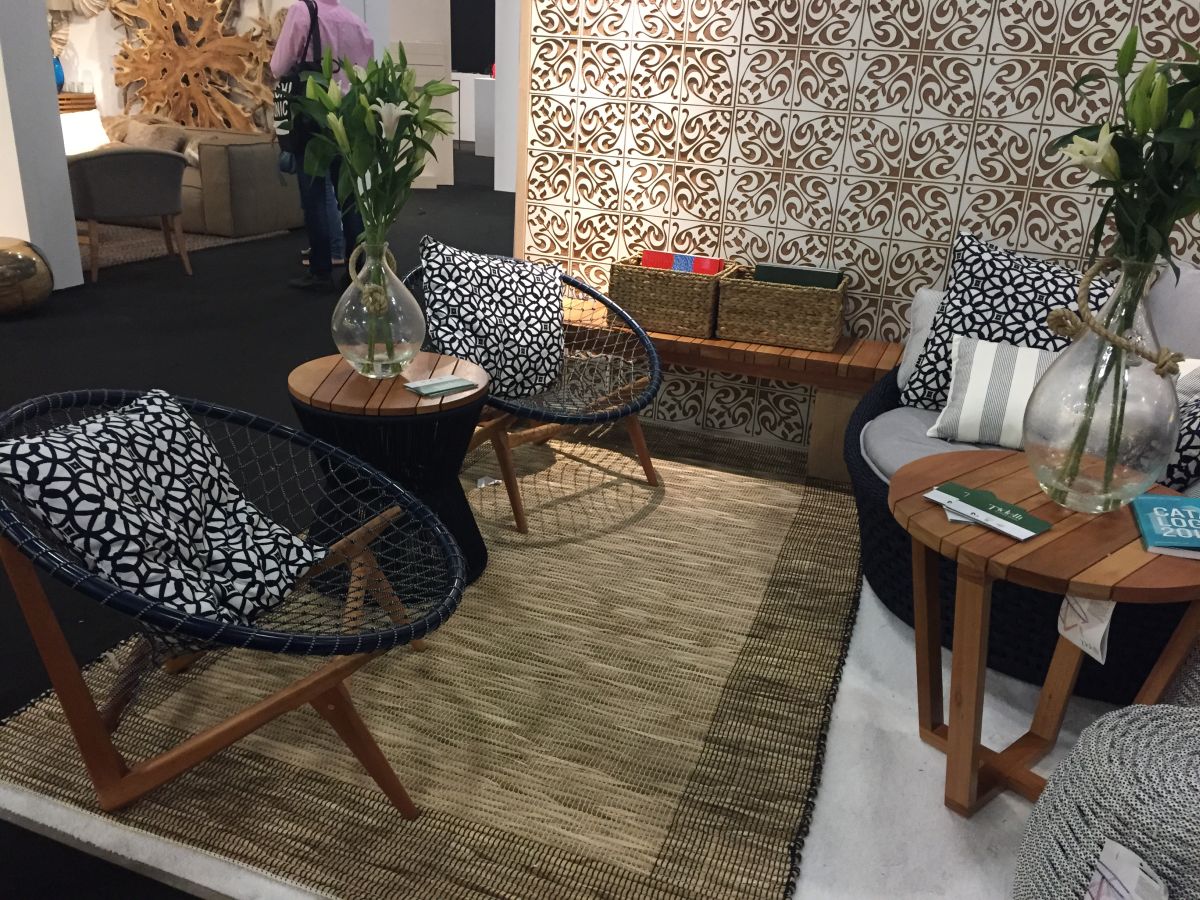 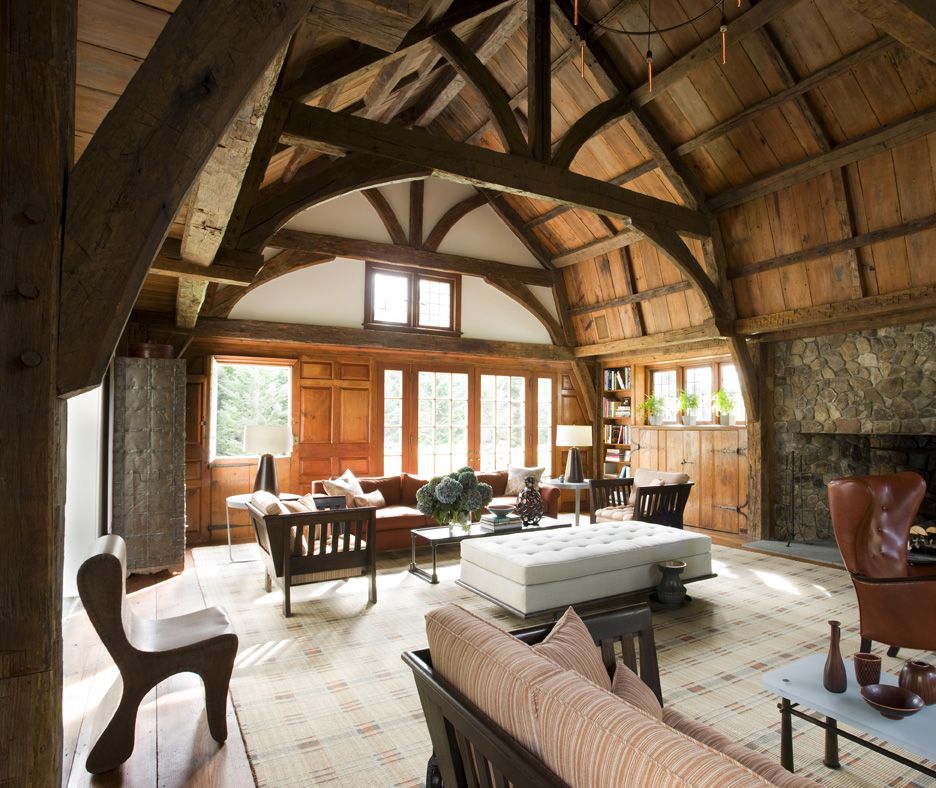 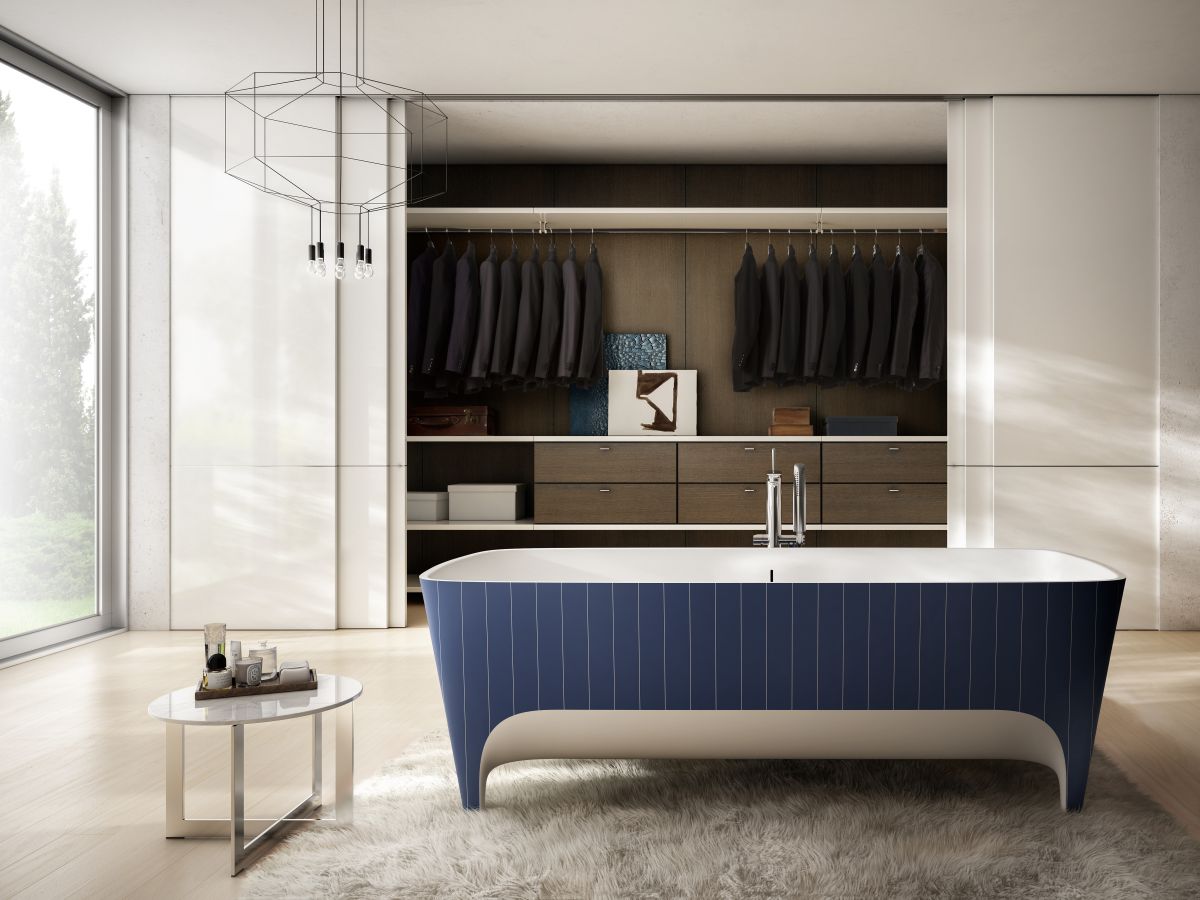 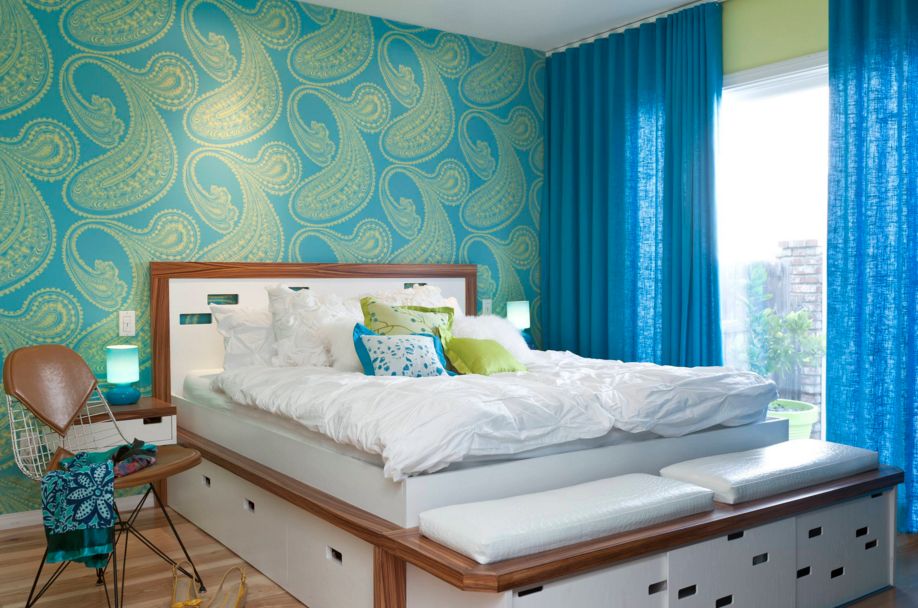 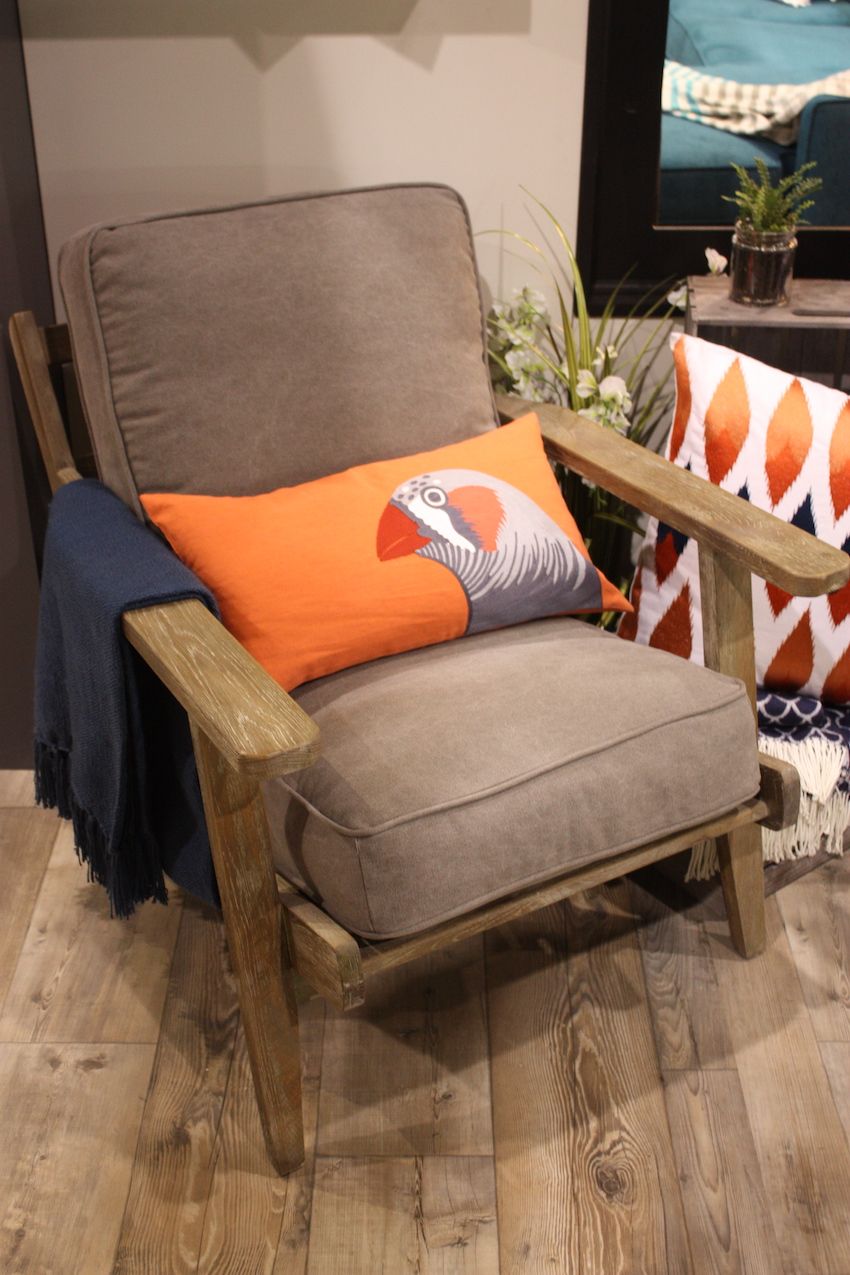 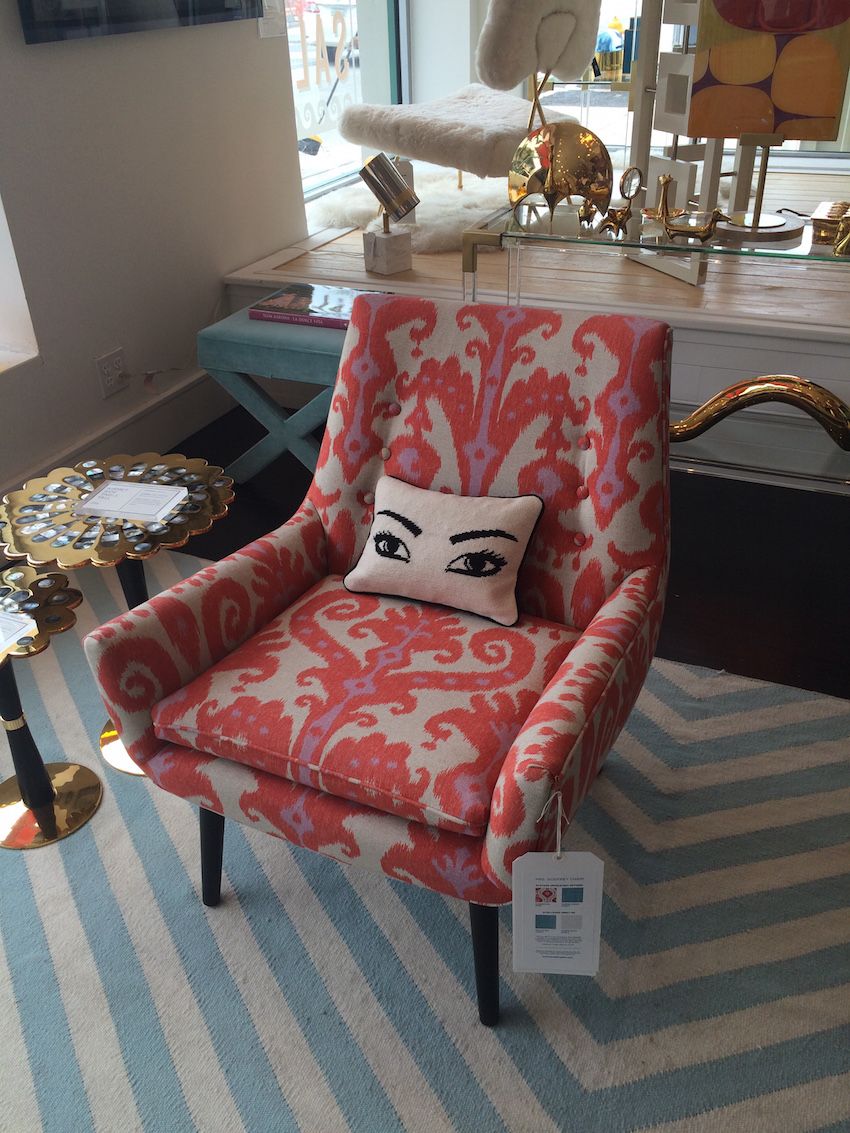 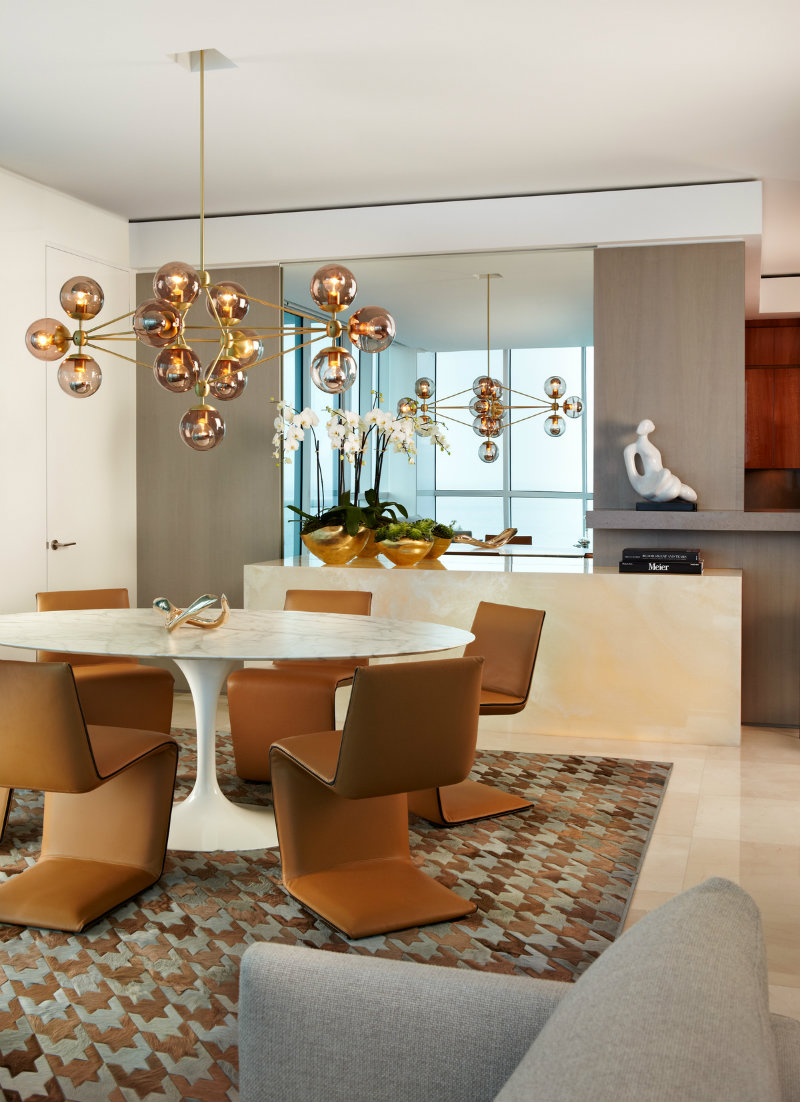 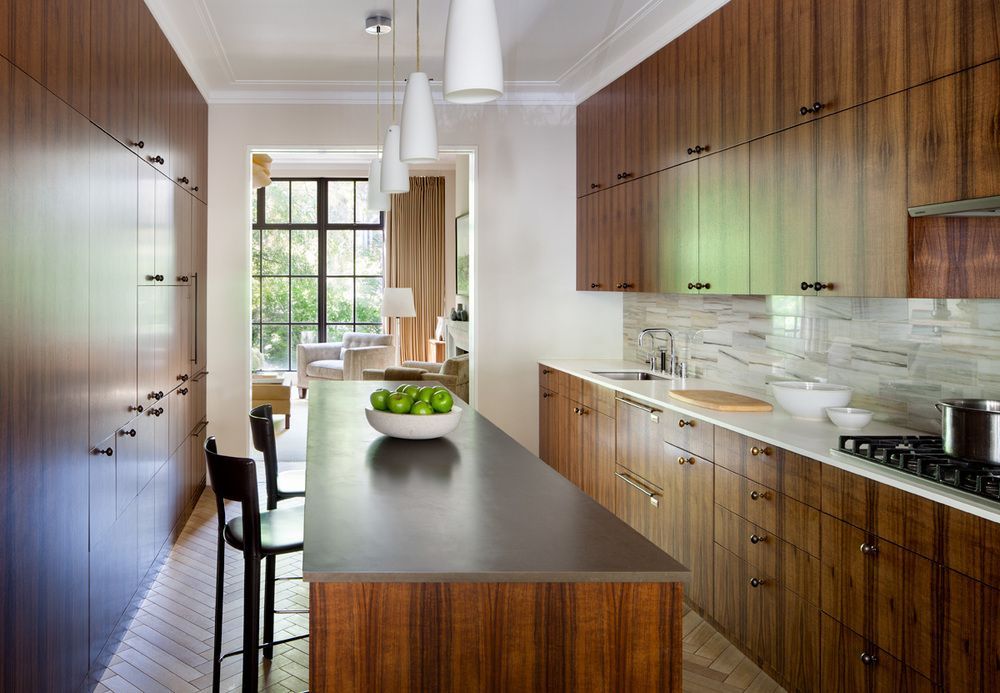 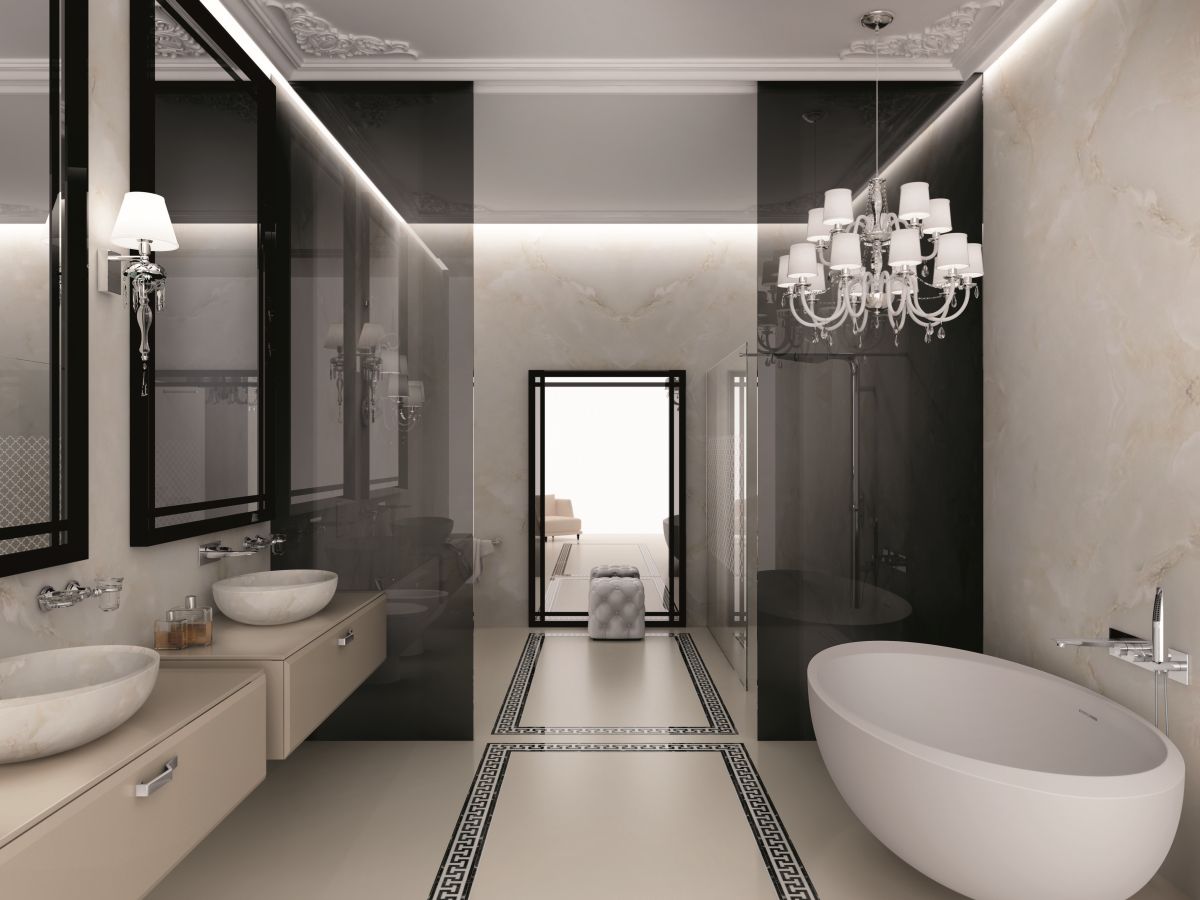 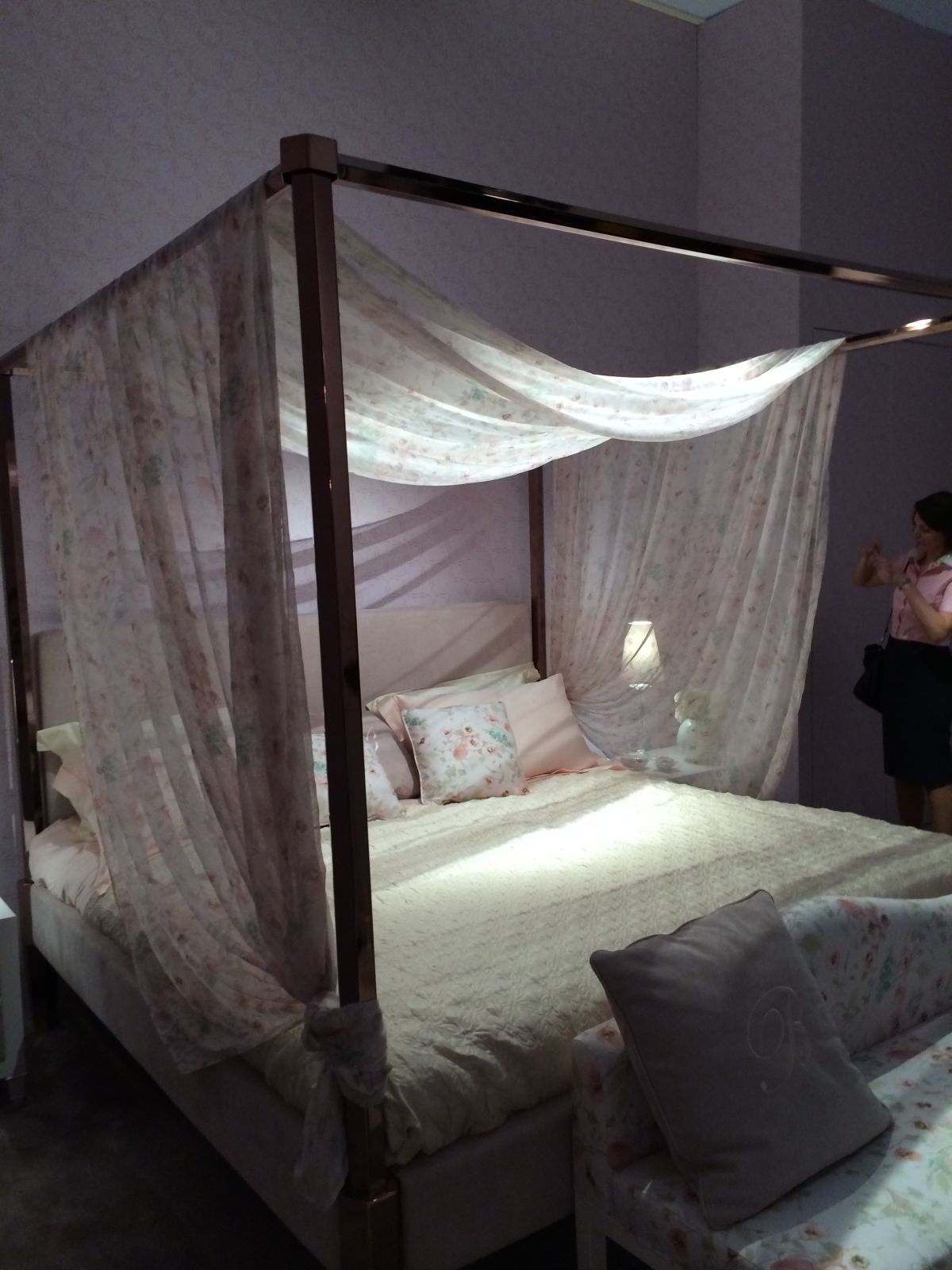 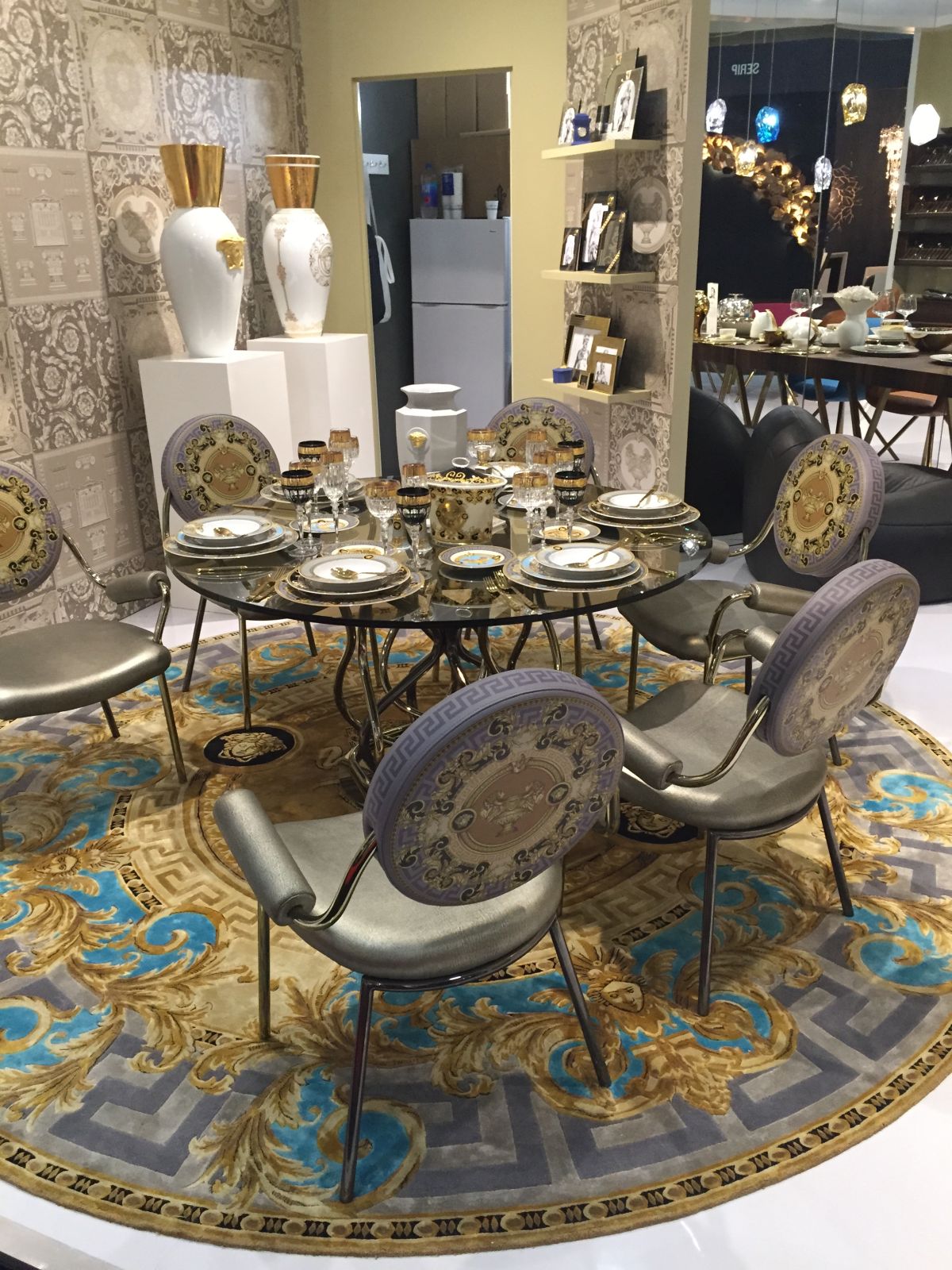 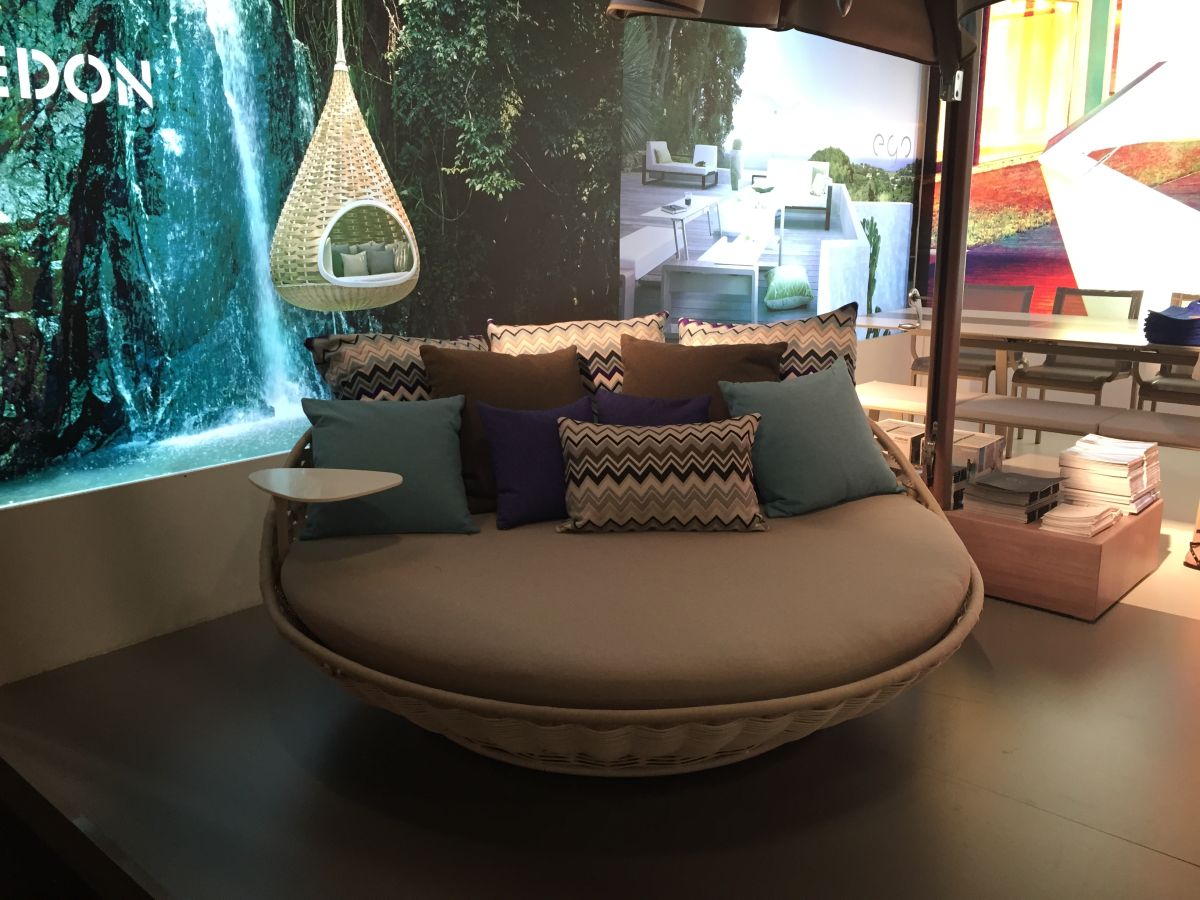 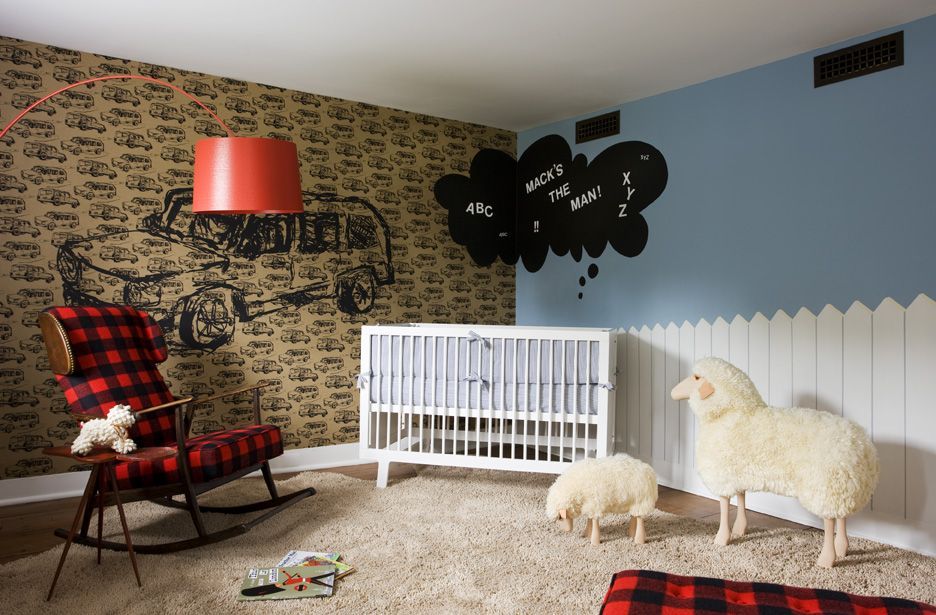 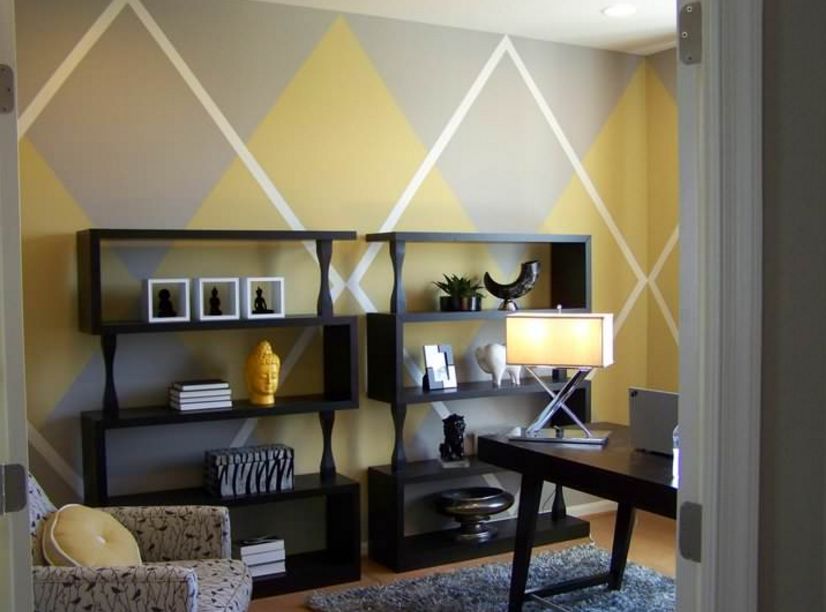 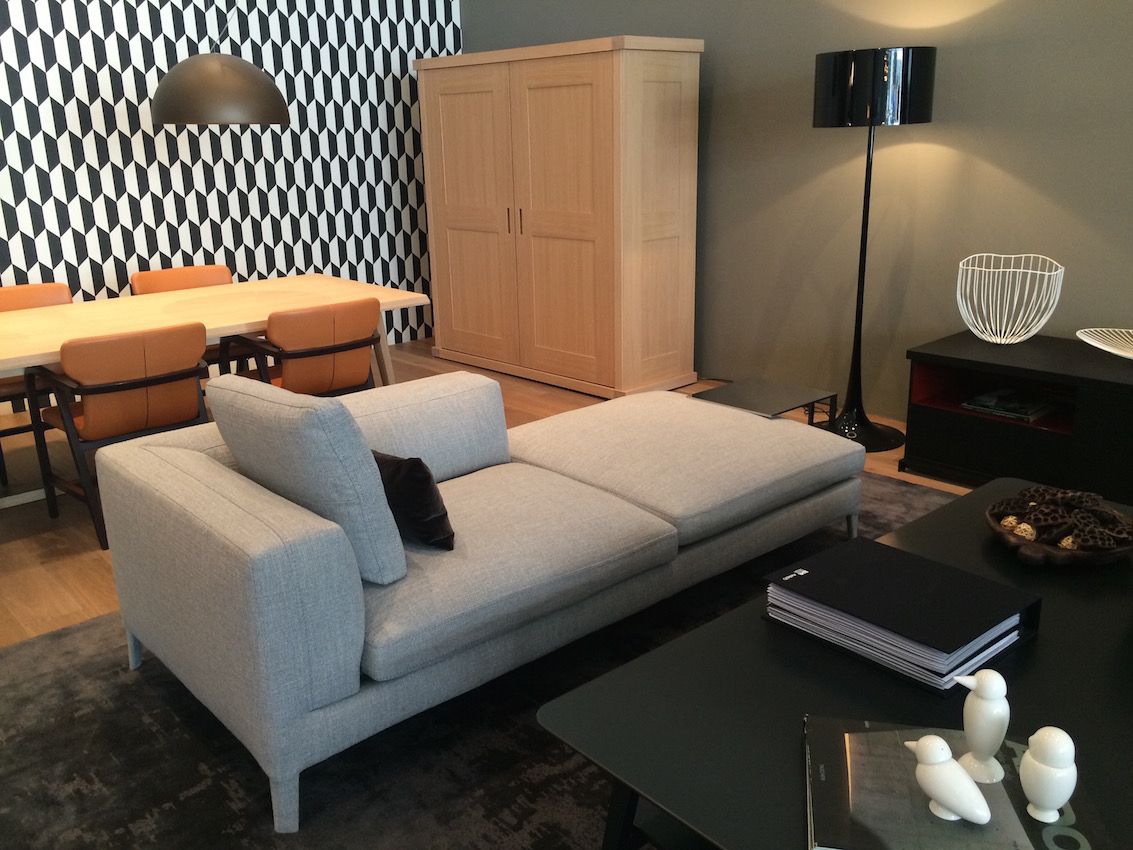 Pattern is one of the essential elements of creating interesting design. Pattern has the power to change a space completely – higher contrast and geometry energizes, subtle contrast and smooth transition subdues. Most patterns have been around for quite some time. Here is a look at many of the most common classic patterns (pinstripe, herringbone, and trellis, to name just a few), as well as how they incorporate beautifully into modern décor.

An argyle pattern involves diamonds in a checkered format overlaid by narrow, crossing diagonal lines. Argyle has been around since the 1600s, originating in Scotland and the poster-pattern of all things preppy, is great in modern décor on the walls, floors, and other textiles.

Checks, buffalo checks, and gingham are similar in that they are essentially made up of repeating squares of two colors and one hybrid of that color. In this Shawn Henderson nursery, for example, the rocking chair’s checks are red, black, and a red/black blend that has a greyish shade. Gingham is characterized by pairing one color with white, and the third color is a lighter tint (e.g., red, white, and a pinkish-red).

Chevron patterns are repeated V-shaped “lines.” Chevron is used in woven and printed textiles as well as many other facets of modern design – rugs, tile, walls, etc. Chevron zig-zags can vary in color, size, and width, but they must all have the same angles in the zig and the zag.

Damask patterns are traditionally woven reversible medallion-like shapes, repeated in one color atop another color. Often the differences are accentuated by different sheens – a flat finish with a sateen, for example. Modern décor will incorporate damask pattern with color combinations of higher color contrast than was traditionally done.

As its simple name suggests, floral patterns are simply repetitive prints of all things flowery – the flowers themselves, of course, but also leaves, vines, and buds. Floral can range from highly abstract and vibrant to quiet and charming, and everywhere in between. Because the pattern tends toward the feminine, modern décor will generally find it juxtaposed with similar yet bolder, more modern elements.

Fretwork patterns are interlocking, right-angled lines that repeat to form a geometric line or lattice. (Technically, Greek key is a type of fretwork pattern.) A fretwork pattern is traditionally a border pattern and found anywhere in modern design from architecture to textiles and everything in between – even the bathroom floor.

Named after the herring fish’s skeleton, a herringbone pattern is often mistaken for a chevron pattern because both are V-shaped. However, herringbone features a break at the trough or valley of each section (where it reverses direction), which looks more like a zig-zag that has been broken. It’s present in modern décor as upholstery (e.g., tweed, twill) and wooden or tile floor patterns, as shown in this photo.

Houndstooth pattern is about as classic as it gets. Comprised of check shapes that have been broken and connected in repetition with those broken-off segments (or in abstract formation, for a more modern take), houndstooth pattern began in Scotland as a pattern for woven wool. Looks completely modern in this coppery hue, paired with other contemporary silhouettes like these dining chairs.

Ikat is actually less of a pattern per se and more of a technique for dyeing pre-woven threads, but it has become quite popular in recent years in modern décor. Ikat by its perfectly imperfect nature has a tendency to look slightly bohemian, which is a fantastic complementary style to modern design.

Ogee patterns are essentially comprised of curved lines that, from a distance, resemble onions stacked on top of each other. The background pillow in this photo has a very loose ogee pattern; kind of a cross between ogee and trellis. Modern décor contains ogee patterns in bold, perhaps unexpected, colors.

Paisley pattern began in Persia centuries ago and is characterized by a teardrop shaped pattern among other swirls, scrolls, and vines. More modern times have associated this pattern with psychedelic style (think Beatles and the 1960s), although the pattern is used frequently in modern design without any association to anything but great style.{found on kropatinteriordesign}.

Pinstripe patterns are technically stripes, but they are characterized by very thin stripes interspersed with chunkier stripes. Pinstripe pattern tends to be more subtle than a regular stripe pattern, with a masculine “menswear” vibe.

Originating in Scotland, the official name for plaid is “tartan.” These are characterized by perpendicular stripes that can be of varied widths, spacing, and colors. The traditional tartan has red as the primary color with black, green, and blue as the plaid overlay; however, today’s variations are innumerable, like this floor’s pretty, muted, and subtle plaid covering.

By definition, quatrefoil means “four leaves.” It makes sense, then, that its pattern is rooted in four-lobed shapes (traditionally circles) of the same diameter, similar to a four-leafed clover. The partial wall in this photo is a modern, geometric spin on a traditional quatrefoil pattern, while the throw pillows are a bit more traditionally designed (though equally graphic).

Scale patterns are also referred to as scallop patterns, but no matter what you call them, they look like fish scales. In modern décor, scale patterns generally associate themselves with art deco sensibilities.

Southwestern patterns are inspired by, and thus resemble, landscapes and cultural elements inherent in the southwest USA. Patterns are geometric and often symmetrical and incorporate colors from the southwestern landscape as well – plenty of burnt sienna, turquoise, and other reds and greens. In a modern setting, southwest patterns provide a critical organic, textural, or grounding piece of the aesthetic puzzle.

Stripes are among the most classic – and common – of patterns. Stripe patterns are essentially straight parallel lines running in any, but all the same, direction (e.g., horizontal, vertical, diagonal). They can be of varied widths, colors, and spaces. The higher the contrast between the stripes, the more visually arresting they are in a modern space.

Suzani patterns originated (and evolved) from central Asian tribal textiles. They involve circular shapes that can be intertwined with fines and flowery accents. Suzani patterns can be muted or colorful. Suzani patterns are sometimes mistaken for ikat patterns.

Toile patterns are comprised of pastoral scenes, often complex in depiction. Some modern interpretations of toile maintain the charming country look while updating the content itself with something cheeky. Toile pattern is relatively delicate, which means its subtlety can come across as somewhat neutral – perfect for adding background visual interest in an otherwise sleek, modern space.{found on elementalarchitecture}.

A tree of life pattern reads less like a repetitive pattern and more like a mural, with its large-scale sprawl of nature-inspired motifs. Trees, vines, leaves, birds, flowers – all of these are fodder for inclusion in a tree of life pattern. Due to its larger scale, modern design will often find this pattern in draperies and on walls.

By definition, a trellis is an architectural structure whose frame is interlinked to support climbing plants. Thus, the trellis pattern follows suit by being interwoven (often geometric) designs as well. Trellis pattern is often used in textiles and on walls in modern décor, although because of its inherent versatility, trellis pattern is widely varied in its implementation into modern design. Just look at this Nara Roesler mirrored optical wall, for starters.