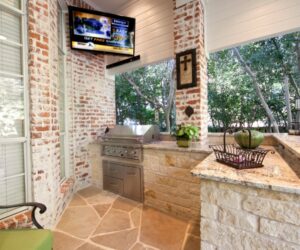 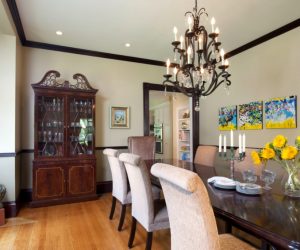 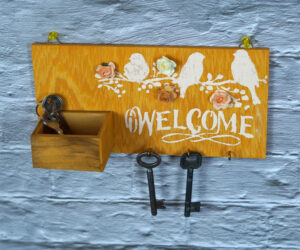 Designed to serve as spaces where one can get in touch with their spiritual side and to meditate, chapels and their equivalents in all religions rarely have an architecture that transcends style and time. They’re usually outdated and with a very specific design based on traditions and rituals. But that’s not always the case and to prove that we’ve gathered a list of chapels from all over the world which defy the standards with their timeless, exquisite and artistic designs.

This is a chapel located in Real, Spain. It was built here in 2001 by Sancho Mardilejos And it has a very interesting form with folds and geometric lines. The interior is open and the folds break it into fragments and sections. The building also enjoys a close relationship with its surroundings, being in sync with the landscape and offering panoramic views thanks to its hilltop location. An interesting detail is the fact that the chapel has no artificial lighting

The Holy Ghost Chapel is located in Managua, Nicaragua. It was built here in 2016 by Ricci Architetti Studio on a site that measures 125 square meters. The chapel provides a spiritual gathering space for visitors and its design is the materialization of the dove that symbolizes the spirit of god, characterized by a graceful, gentle, pure and peaceful spirit. The chapel captures those elements in its design, featuring an architects that perfectly translates them into a physical form.

You can find the St. Voile Chapel in Niigata-ken, Japan. It was completed in September 2014 by Kasahara Design Work and it covers an area of 161 square meters. Its beauty comes from the fact the exterior looks rustic and simple, with only a few hints of the bright and modern décor that defines the interior. The chapel gets to blend in with the neighboring buildings and to also offer a mesmerizing ambiance inside. One of the volumes inside is 14.5 meters high and is used for wedding ceremonies.

It became a famous landmark as soon as it was completed. We’re talking about the Ribbon Chapel designed by Hirochi Nakamura & NAP Architects. It stands in the garden of a resort hotel and it was meant to be a symbol of the harmony within married couples. Its unique architecture is centered around two spiral staircase that intersect and look like ribbon, becoming one at the top. It’s an artistic and very beautiful representation of the act of marriage.

Modum designed this structure to serve as a funeral chapel and memorial sanctuary and it stands next to a vineyard at the edge of the city, in Terehegy, Hungary. It only occupies 15 square meters of space and it complements the nearby Protestant cemetery garden. The structure is not a chapel per se since it’s actually just an A-shaped frame with no closed off walls. It serves as a multipurpose space being only half covered and with only two sides that offer protection from the elements and shade from the sun.

This is a chapel that commemorates Apostle Peter and St. Helen the Martyr. It’s a Greek Ortodox Chapel located in Pafos, Cyprus. It was completed in July 2015 and was designed by Michail Georgiou and it has a contemporary architecture with a lightweight and welcoming look. Structurally, the chapel has a steel frame and reinforced concrete walls. They’re covered with a thin shell that provides thermal insulation as well as an aesthetically pleasing look.

The Jiangsu region of China also has an eye-catching chapel. It was designed by AZL Architects in 2014 and it occupies a 200 square meter site along the Nanjing river. Here wedding ceremonies are held and worship services are held by priests from the Nanjing Union Theological Seminary. The chapel is built of wood and steel and has a very simple and at the same time sophisticated design.

Capela Joa can be found in Rio de Janeiro in Brasil. It’s small and only occupies an area of 43 square meters. Completed in 2014, the chapel was a project by Bernandes Arquitectura and it sits in a secluded and quiet are surrounded by nature. This tranquil setting was very important for the project. The goal was for the forest, the sea and the sky to be components of the atmosphere and the design of the chapel so it could serve as a simple space where people can come to get in touch with the divine as well as nature and themselves.

Simplicity is also a defining characteristic of the Farewell chapel in Lukovica, Slovenia. The chapel was built here in 2009 by OFIS Arhitekti. It sits next to a cemetery and it becomes one with the landscape, following and mimicking the lines of the land and featuring smooth and natural curves. The roof forms an exterior porch and the interior contains functions such as a kitchenette, restrooms and storage spaces in addition to the gathering area.

Ever seen a church that looks like Batman? Check out the Siegerland Motorway Church designed by Schneider + Schumacher. It’s located on the outskirts of Wilnsdorf in Germany and its shape was inspired by the standardized icon which is used to depict churches on road signs. The chapel has a long sloping walkway which leads to the entrance. The overall design of the church is very simple and very abstract but at the same time it is very easy to recognize and very suggestive.

Chapel of Rest in Graz.

The Chapel of rest is a space where visitors can take part in farewell ceremonies and funerals of up to 100 people. It’s located in Graz, Austria and was completed in 2011 by Hofrichter-Ritter Architects. The chapel has a sinuous and curved form with a shell made of reinforced concrete that wraps around the interior like a blanket.

BNKR Arquitectura designed the Sunset Chapel, an intriguing structure situated in Guerrero, Mexico. They were faced with a difficult challenge: to create a chapel that celebrated life and happiness but also sadness and grief, that could be used as a space for wedding ceremonies and funerals. The chapel had to take full advantage of the views and to be oriented so that the sun would set exactly behind the altar cross at the equinoxes. They chose to express all that through a simple and abstract design inspired by the landscape.

In 2009 e|348 arquitectura designed a chapel in Santa Maria de Feira, Portugal. The chapel is dedicated to St. Anne (Santa Ana) and it sits on a triangular plot at the intersection point of five roads. The location suits the chapel well as this is where large crowds gather during celebrations every year on the 26th of July.

Reading Between the Lines.

In tone with all their other projects, architects Gijs Van Vaerenberg and Pieterjan Gijs created the project called “Reading between the lines” which refers to a chapel located in Limburg, Belgium. They completed the chapel inn 2011 and they have it an artistic allure and a design which allows it to communicate with nature and its surroundings in a unique way. In a way, the landscape has become a part of the church’s design.

With a form like a funnel, the chapel designed by Joaquim Portela Arquitetos captures natural light and brings in inside the concrete structure. The building becomes a part of the landscape but is at the same time closed off from the surroundings, being a space of introspection and prayer. The light enters dramatically and illuminates the altar. There are no windows, the only opening being in the meditation room.

Located in El Salvador, the Cardedeu Chapel was built by EMC Arquitectura inn 2012. It’s part of a larger complex which also includes a hotel and a restaurant. The design was influenced and defined by the topography, more exactly the slopes on the site and the view of the lake. It was meant to serve as a versatile space for various events and ceremonies and it had to be informal.

The Luce Memorial Chapel is located in Taichung City, Taiwan. It was built back in 1963 by I.M. Pei and Chen Chi-Kwan and named after an American missionary of the 19th century. The chapel became a part of the campus for Tunghai University. The construction began in 1954. The building has a hexagonal base and offers 477 square meters of floor area. Its walls are made of reinforced concrete making the building durable and able to withstand earthquakes and typhoons.