Steel is not usually known to rust but that only applies to certain types of steel. There are also cases when rusting is encouraged and appreciated. We’re talking about corten steel, also known as weathering steel. This ally was developed to allow a rust-like appearance to be gained if exposed to the weather for several years in order to form a protective coating. This layer develops and regenerates continuously when exposed to the weather. Corten steel gave us some really amazing building facades which we’ll have a look at right now.

Modal Design built a stunning residence in Los Angeles back in 2010. The building is organized on two levels, the upper section being cantilevered over the ground floor volume. The two sections also have contrasting facade designs. The cantilevered volume is covered in corten panels with perforated patterns meant to give it a fluid and sculptural look.

Corten steel was also used to cover the facade of this family home in Utah. It was a project by Sparano + Mooney. The exterior of the house is covered with hundreds of weathered steel plates and this gives it the appearance of having scales. The rusty color of the facade is ideal in this case because it allows the house to more easily blend in with the landscape.

When asked to update and expand this house in Arkansas, Modus Studio chose to cover the facade in cedar wood and corten steel. The architects also added an extension that features the same modern design as the newly revamped house. The weathered texture and color of the steel panels and the warm hue of the wood form a beautiful duo.

Originally built in 1730, this farmhouse located in Belgium includes an extension that once used to be a barn. Puzzles Architecture designed the extension using weathered steel which is an interesting choice considering the brick facade of the main house and its rustic and old look with a hint of modern. The extension is quite similar in this sense, looking both old and new at the same time.

The K Valley House is a home set pretty much in the middle of nowhere. It stands on a 20 acre site in Thames, New Zealand. The house was built by Herbst Architects and has a very interesting facade designed to allow it to dialogue with the site and surroundings. The clients wanted their new home to be built using weathered materials, with a patina of age and reclaimed wood and corten steel definitely suit the criteria. These in combination with other recycled and reused materials became a part of the design.

Corten steel is not only useful when creating cool building facades that blend in with the landscape. In Almeria, Spain, there’s this tower which was built back in the 13th century as part of a more complex fortress. Now only the tower remains and Castillo Miras Arquitectos were in charge of its restoration. To preserve its history and aged look, they used weathered steel. The material was perfect for the job, allowing the architects to respect the tower’s historical significance and character.

The leisure center located in County Tipperary in Ireland and was originally built in the 1960s. Being a building with a rich and significant history, its design reflected that in various ways and it still does after being renovated by ABK architects. The most important design change made was the addition of a new weathered steel facade. This gives the building a beautiful rust-orange tone which contrasts with the adjacent park.

When building an extension or an annex for an existing structure, architects basically have two options: to make it blend in and match the main building or to make it stand out and contrast with everything else. The latter option was chosen by Rocco Valentini when they renovated a 19th century home and gave it a corten addition. The new section connects two existing volumes and includes a new entry foyer. The glass and weathered steel facade and geometric form contrast with everything else on the site.

A strong contrast also defines the new campus building at Stockholm’s Royal Institute of Technology. The structure was designed by Tham & Videgard Arkitekter and unlike the brick structures that surround it this one has a curved form and a facade covered in weathered steel panels. Large windows perforate the facade and follow the curves, offering the building a modern appearance. It’s the first time in 45 years that the architecture students have their own dedicated building.

The new Sint-Andries city library in Brugge, Belgium also has a corten steel facade. The library was completed in 2015 and occupies an area of 555 square meters. The main goal of the design was to make the library stand out and to allow it to be visible from the adjacent streets. The team at Studio Farris Architects gave it a unique identity by using weathered steel and taking advantage of its aged patina.

With a name as suggestive as Corten House you can easily determine what the materials used on its facade was. The house is located in Sao Paulo, Brazil, near the city’s biggest park. It sits on a long and narrow site and has a design that puts together corten steel, stone, wood and glass, the result being a harmonious and inspiring composition. It was a project by Studio mk27 completed in 2008.

To fully appreciate the beauty of this forest house designed by Yiacouvakis Hamelin architectes you should wait for the autumn foliage. That’s when the house’s corten steel facade dialogues with the fallen leaves and the fall colors that surround it. The house is located in Quebec, Canada and is composed of three volumes linked by glass passageways.

So far we’ve seen corten steel used on small buildings and it looked interesting and eye-catching. So let’s see how it applies to a larger structure such as the Broadcasting Place, a 23-storey structure in Leeds, UK. The building was designed by Feilden Clegg Bradley Studios in 2009. The exterior design was inspired by the city’s geological and sculptural heritage, hence the sharp angular elements and the corten steel that forms a rain-screen facade.

The city of Tianjin in China has its own spectacular corten steel landmark. It’s the Vanke Triple V Gallery built by Ministry of Design. The structure’s dramatic form turned it into an icon. The design has a strong sculptural character and the building is organized into three main volumes connected under a corten facade. The facade responds to the weather conditions gaining patina over time.

The Diego Portales building from Chile has a long and complicated history. In 2006 a fire destroyed the eastern sector and at that moment the local government decide to organize an international architecture competition. The winning proposal came from Cristian Fernandez Arquitectos and Lateral Arquitectura & Diseno. Their immediate concern was to create a good relationship between the building and its surroundings and this inspired them to choose weathered steel as the main material for the new facade.

A lot of residential projects also use corten in their designs as a means to connect to the surroundings and to blend in. One such project is the residence designed by DMOA Architecten in Belgium. Completed in 2013, the house has a very interesting facade defined by weathered steel panels that mark the property and glow in the evening sun in a truly wonderful way.

A similar project is the one completed by x Architekten in Linz, Austria back in 2007. The project started with an old building that dated back to the 1920s. It proved to be valuable mostly because of its beautiful surroundings. However, the clients wanted to revitalize it and to also add a bit more space. The design of the building was also adapted to suit a modern environment and to better correlate with the surroundings.

Once an old and dilapidated building on the Dovecote Studio campus, this structure was renovated and completely transformed by Haworth Tompkins. The studio turned the old ruins into a shell for the new structure. They also gave the new building a corten steel cover to better blend in and match the bricks. It’s a really cool and stylish solution.

The Fukura Port in Japan has a very interesting building. It was designed by Endo Shuhei and its role is to control the floodgates. It had to be able to withstand a tsunami and to serve as a refuge if needed its shape definitely helps. The choice of corten steel for the facade is an excellent one from both a practical and aesthetic point of view.

The latest chapter of this building’s story starts when its current owner acquired the land and the structures present on it. He planned to completely restructure and redesign the land in the future but until that happened one of the old rustic structures became his office. Instead of a complete renovation, the architects at Möhn+Bouman decided to simply cover up the old structure with a corten steel mesh screen.

Although corten steel is not exactly a new invention, it has seen a rise in popularity in the past few years, being used in a variety of projects. One of them was the Wyckoff Exchange building in Brooklyn, New York. The structure serves as a venue for music concerts and other events. Its exterior was covered in corten steel by Andre Kikoski Architect and it looks really cool and funky, perfect for this type of space.

Private residences also started to include corten steel in their designs and to make the most of its unique qualities. The Clearview Residence designed by Altius Architecture in Ontario, Canada. One of the major goals that the architects had in mind was integrating the building into its surroundings and making the most of the site. For that, they found inspiration in the immediate surroundings and chose a palette of materials that reflects the landscape and seasonal changes.

There’s also a lovely corten house in Park City, Utah. It was a project by ParkCity Design + Build. It called the Summit Haus and it’s one of the most sustainable and energy-efficient homes in the area. Its corten facade establishes a rough and unpolished look which contrasts with the cozy and inviting interior. The contrast is unexpected and pleasant.

Speaking of contrasts, an interesting combo is featured by the Anderson Pavilion developed by Miller Design in Modesto, California. The facade of the building is a mixture of contrasting materials, corten steel being one of them. A large and solid perforated steel door offers access, linking the interior spaces and the surroundings. Similarly, the garage door has the same characteristics.

When Minervini Vandermark Architecture decided to design and build this building in Hoboken, New Jersey, their goal was to expand their studio while also contributing to the revitalization of the neighborhood. The architects also wanted the new building to seamlessly blend in with the rest of the existing structures so they didn’t make it too imposing or futuristic, choosing a corten facade instead.

All the projects presented here used rust as a shield, taking advantage of the unique attributes that corten steel displays. Although it may not seem like a revolutionary material, it actually offers multiple advantages, allowing architects to explore new ideas and concepts and to come up with new ways of integrating buildings into their surroundings and making them sustainable and low-maintenance. Corten steel doesn’t need to be painted and sealed because it takes care of itself by gaining a beautiful rusty patina over time as it’s exposed to the weather. This allows it to form a shield, a thin shell that regenerates over time and which can withstand harsh weather and even make the most of it. This makes corten facades ideal for holiday homes, large structures and even modern landmarks. 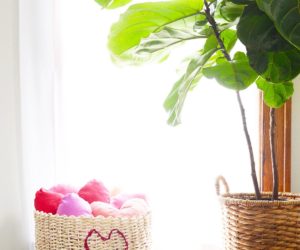 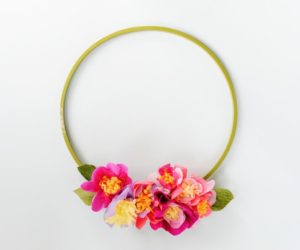 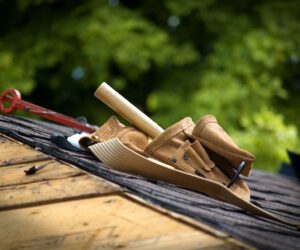 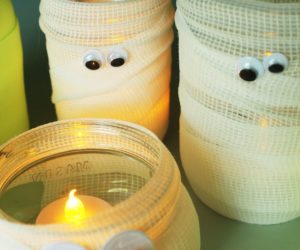 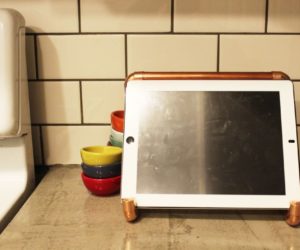