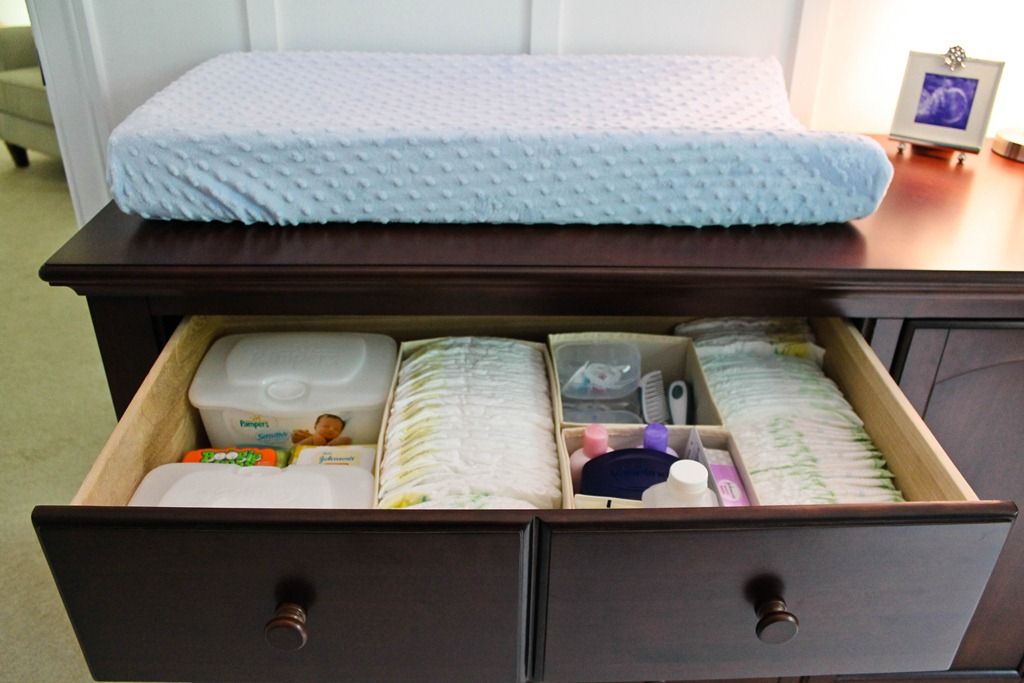 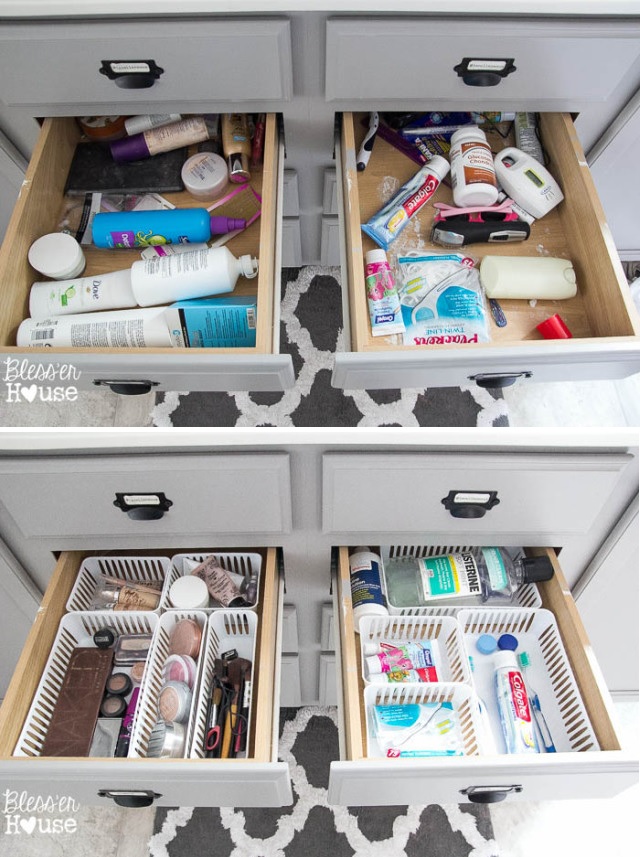 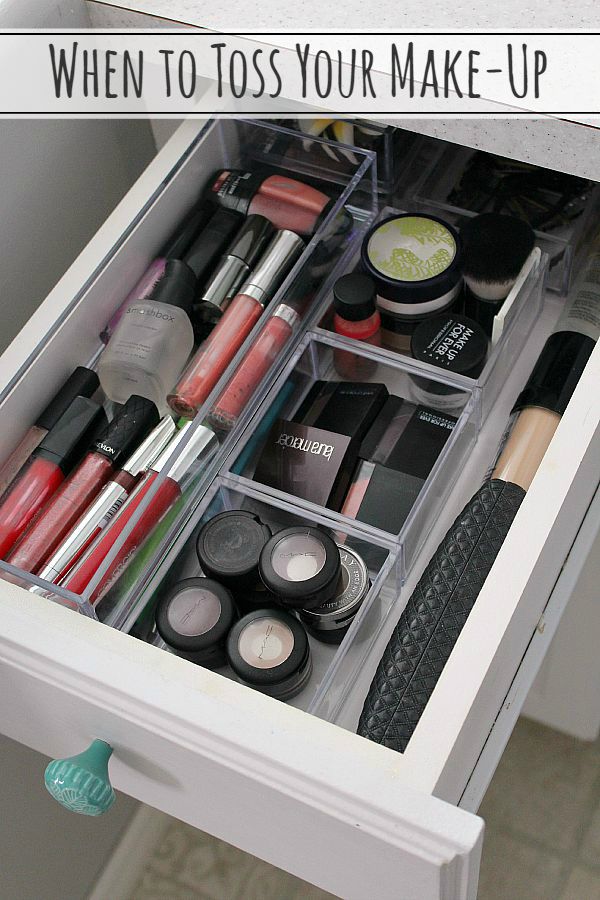 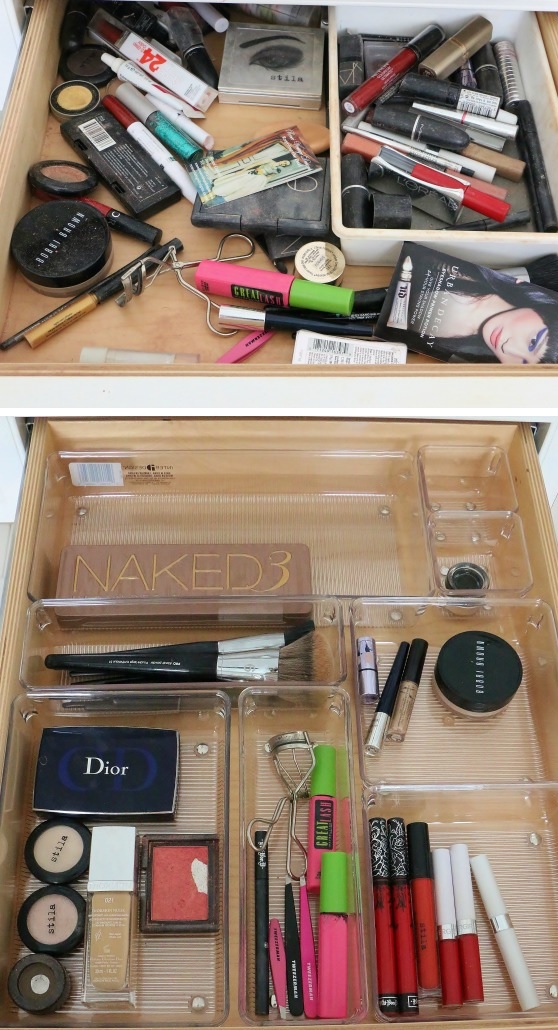 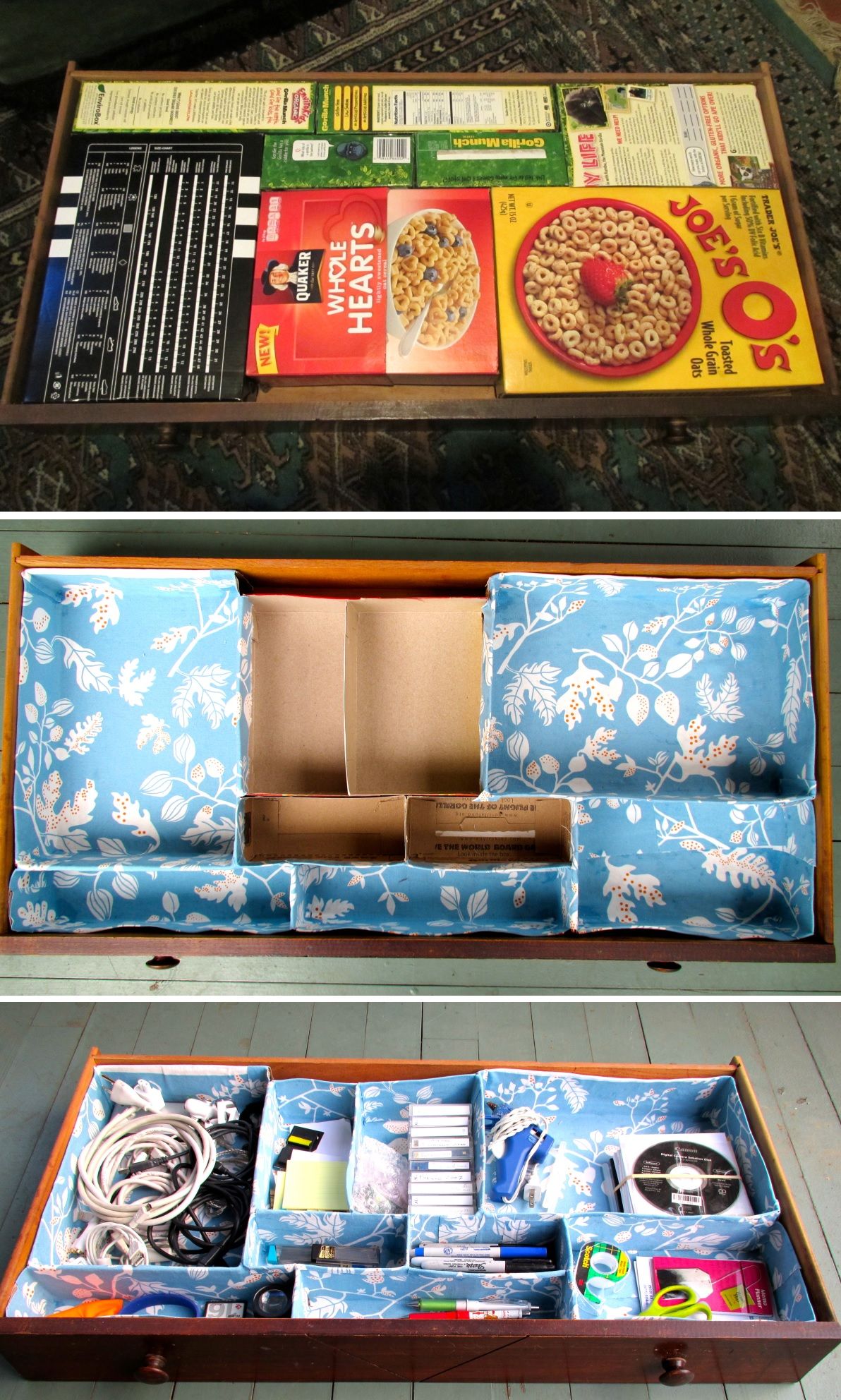 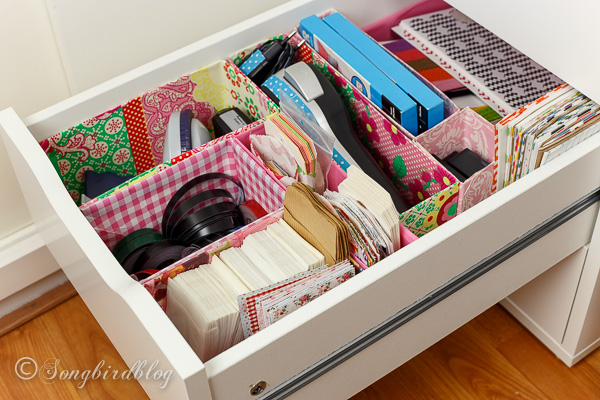 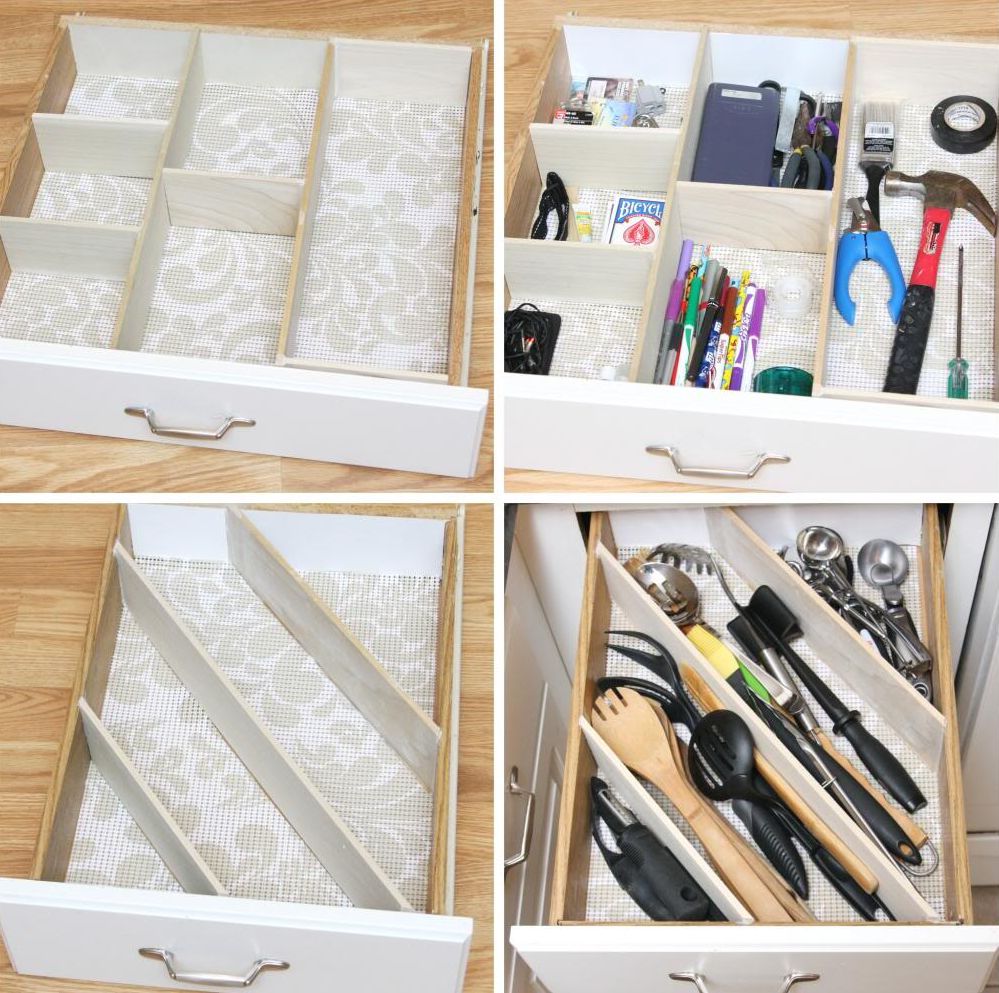 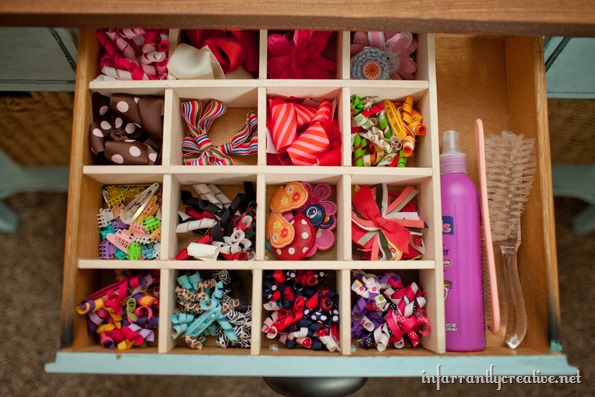 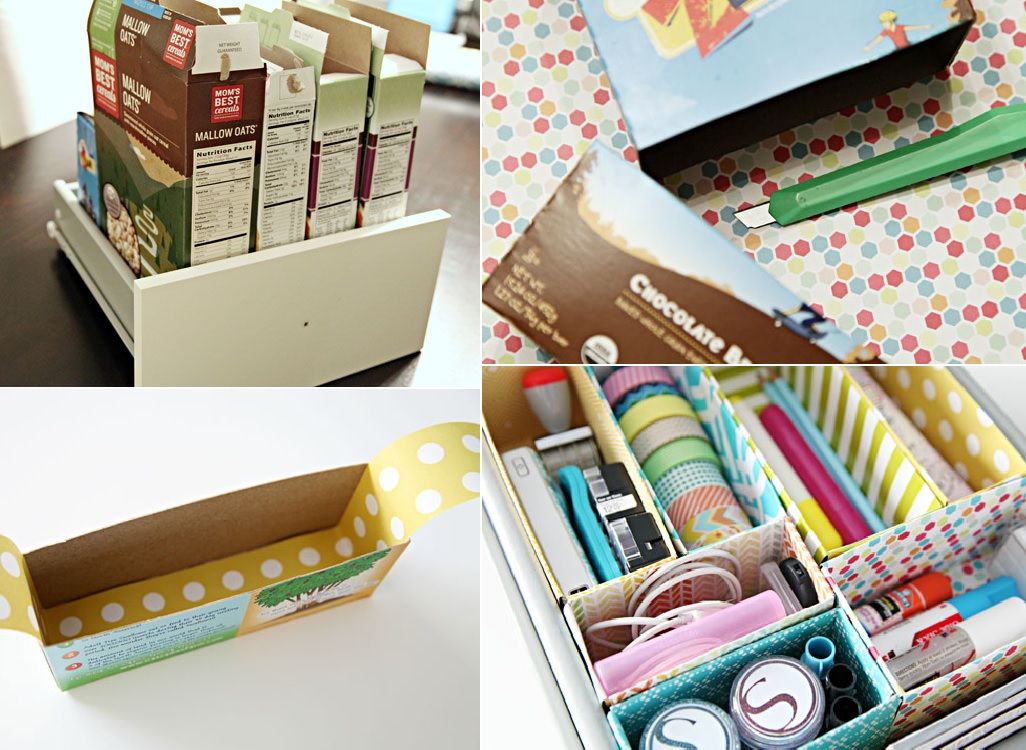 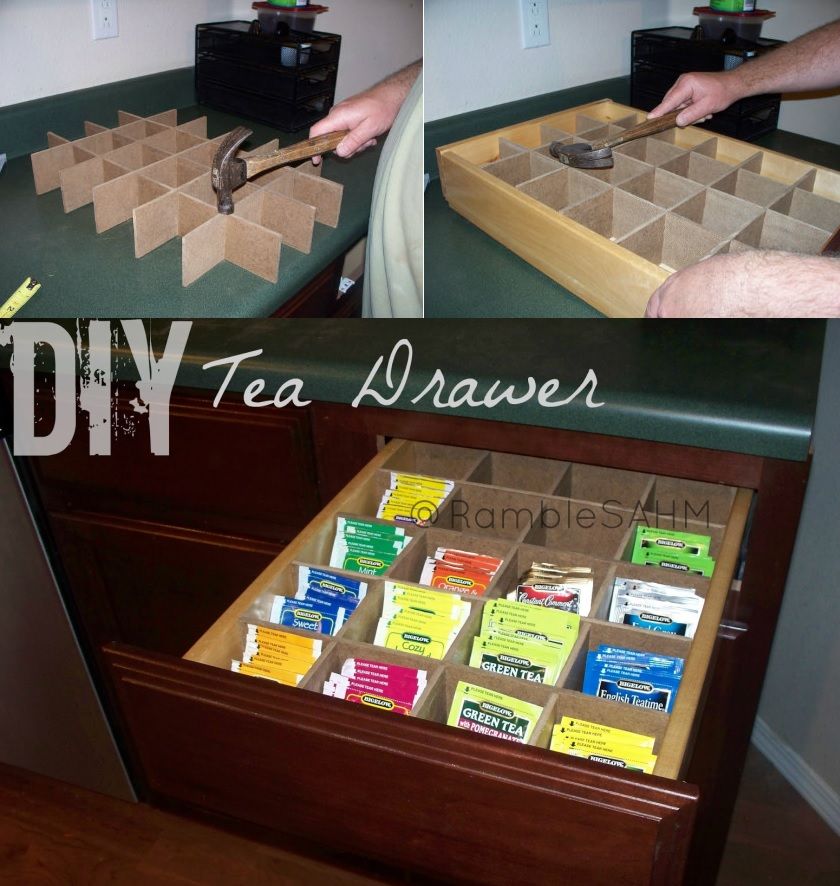 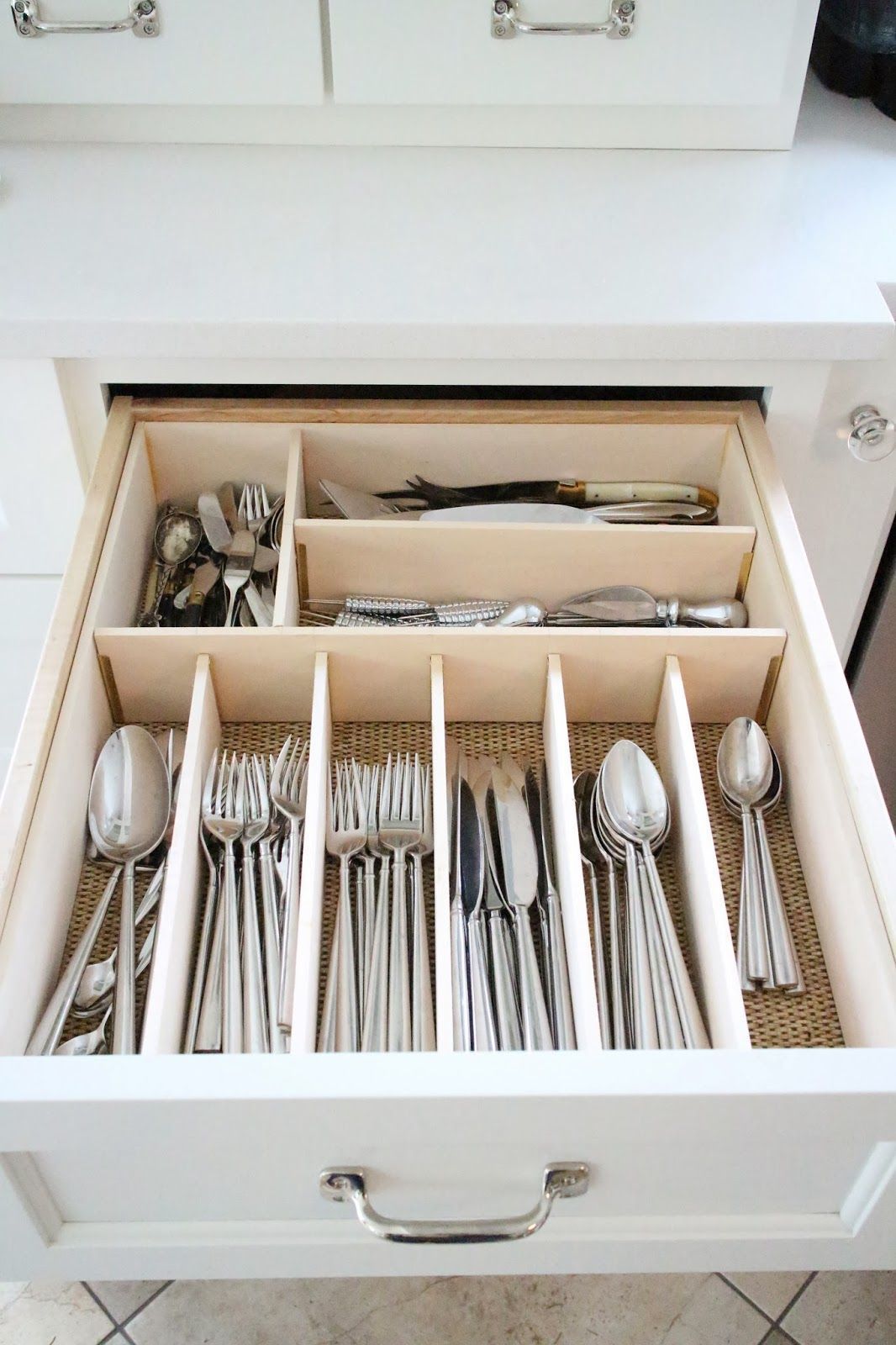 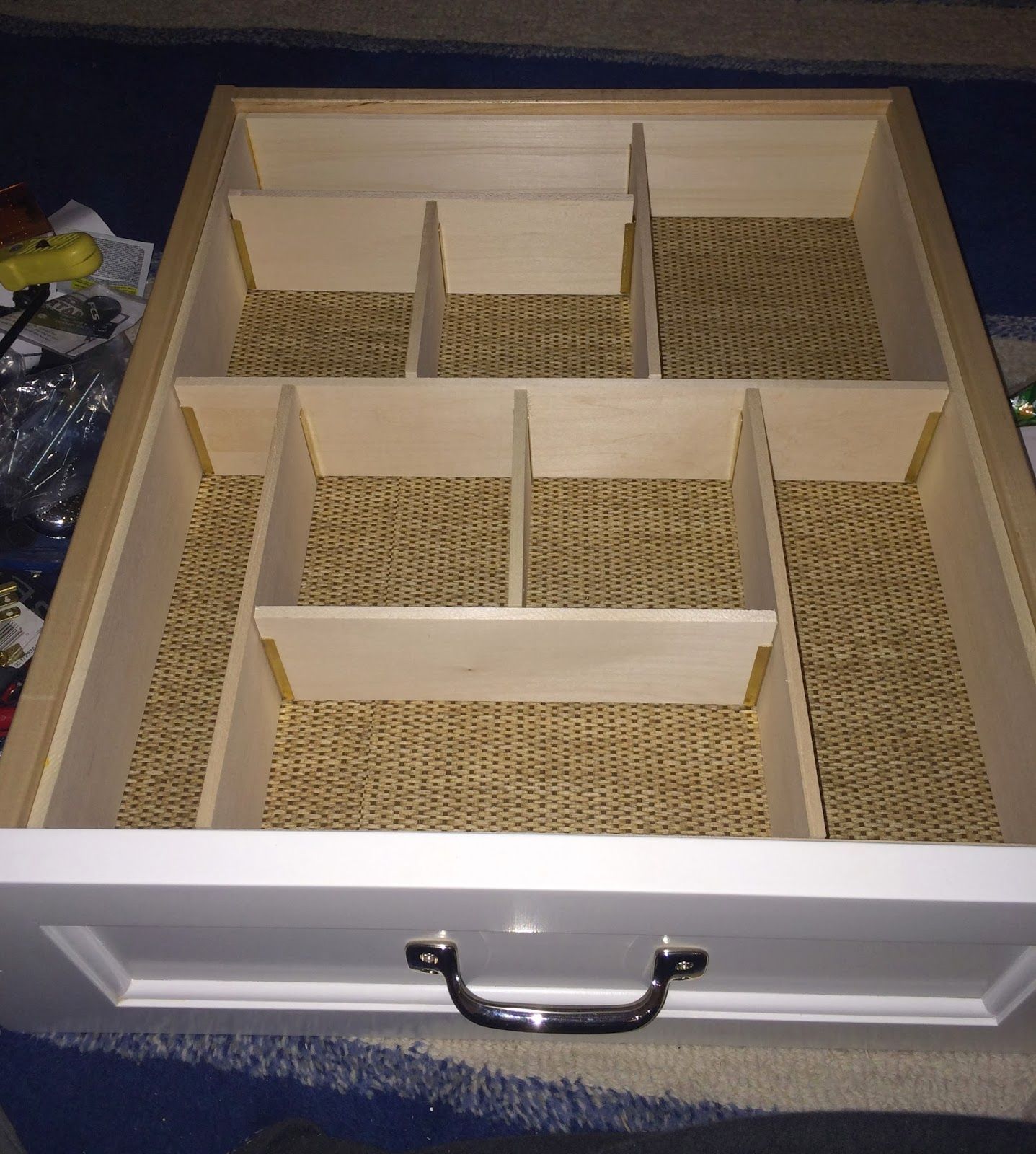 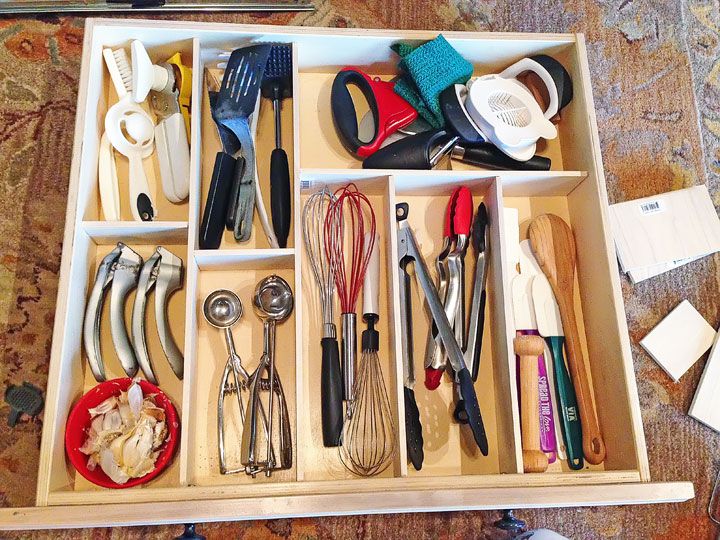 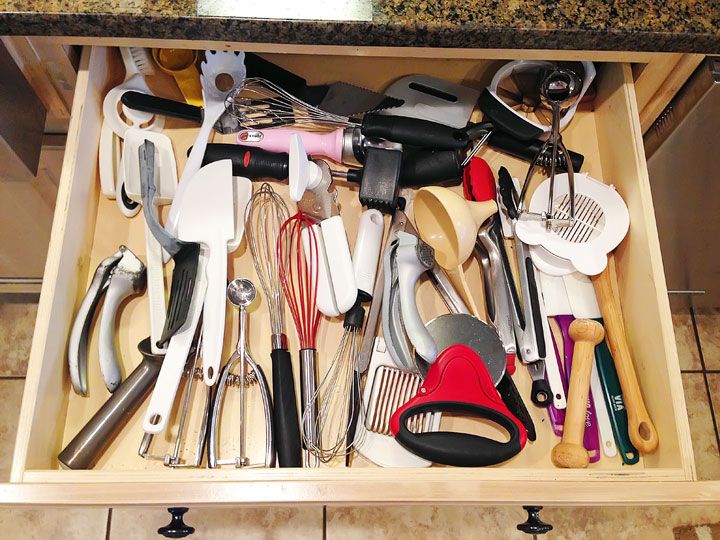 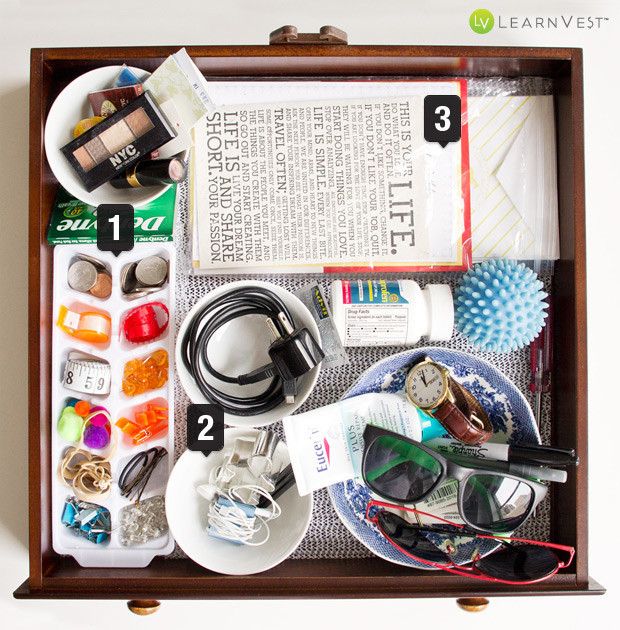 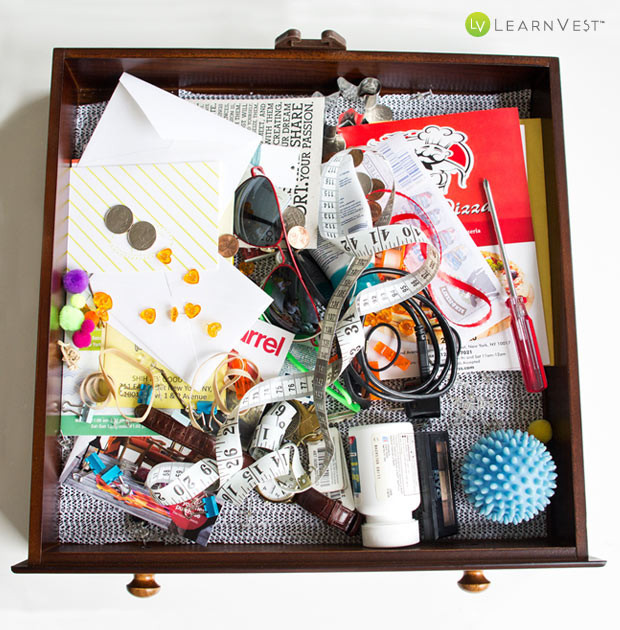 Keeping your drawers clean and organized is crucial if you don’t want to waste a lot of time searching for stuff and if you prefer a fresh and welcoming ambiance in general. Each type of drawer and each room usually require a different strategy. We’ll review a few such concepts, pointing out the situations when they’d be most suitable as well as the main design idea they’re based on.

We all have one of these. It’s that particular drawer where we keep all the miscellaneous things that basically don’t go in any of the other drawers. Things end up piling up and finding the thing you need in there becomes a nightmare. So here are a few tips that might help:

Kitchen drawers usually tend to be very messy. You have utensils, spices, bags and napkins all cluttered in the same drawer and, as much as you try, you just can’t keep it organized for more than a week. The solution to this problem can be a really simple one. All you have to do is install a bunch of dividers and to create separate compartments for each of these things. Check out Kevinandamanda for more info.

This strategy also works really well for cutlery drawers. It helps you separate your spoons from your forks, knives and other things. They each get to have their own separate compartment, making it easy for you to find and grab the thing you need. {found on theimpatientgardener}.

Not everyone affords to sacrifice a whole drawers just so they can keep their tea packets organized but, if you can, by all means go for it. Tea drawers can look exquisite if you organize them well. Check out Ramblesahm for a tutorial on how to do this.

Since we mentioned dividers, let’s also check out a few methods you can use if you want to craft them yourself. One simple and creative idea is to repurpose cereal boxes. First you take a bunch of them and you fit them inside a drawer just to see how they’d be organized. Then you cut them to size.{found on iheartorganizing}.

Another strategy involves the use of a hot glue gun. You’ll also need some wood pieces and a saw. Measure the longest length of the drawer and decide where you want the first divider to go. Measure and cut a piece of wood and glue it in place. Measure the next piece and repeat the process. Do this until your drawer is organized the way you want. Find out more on infarrantlycreative.

Drawer dividers can be installed and organized in a lot of different ways and using all sorts of patterns. Let’s say, for example, that you want to store long kitchen utensils and they don’t fit if you place them along the width of the drawer. In that case, place the dividers as described on Happygoluckyblog.

Another creative idea is to use empty tissue boxes. Basically you’ll be repurposing them into storage containers and they’ll act as dividers for the drawer. First you trim each box and then you cover it with self-adhesive paper. Put a piece of black cardstock on the bottom of the box. Then organize several boxes so they fit into the drawer without leaving empty spaces. Use clips to secure them together. The project is described on timewiththea.

Office desks always get messy usually because they’re the place where you store everything you don’t want to keep on the desk. Things like paperclips, envelops, chargers, tissues and everything else are hidden inside a drawer. One way to keep the drawer organized is described on Songbirdblog. Here you can find out how to decorate boxes and repurpose them.

DIY drawer organizers made of cardboard boxes are actually pretty easy to craft. You can decorate them with wrapping paper or, as suggested on thenonconsumeradvocate, you can use fabric and mod podge if you want a more long-lasting solution that also looks good.

Speaking of messy drawers, let’s talk about makeup and how it’s impossible to keep it organized. Although that may seem the case, the solution is definitely out there. Check out the idea proposed on Theglamoroushousewife. It involves a bunch of clear plastic containers.

A similar idea is also offered on Cleanandscentsible. This time trays were used. They definitely give the drawer a more organized and also glamorous look. The trays are stackable so they can be organized in a lot of different ways.

The challenge when organizing bathroom drawers is to find a way to accommodate objects with very different dimensions and shapes such as makeup products, mouthwash, toothpaste, lotions, towels, cleaning products and all sorts of other things. They don’t shade much in common except for the fact that you want to hide them all in the same place. So consider using plastic containers as shown on Thesummeryumbrella to keep them all in check.

Everyone has a space where they keep all their underwear and socks. Usually that’s a drawer and that drawer is never organized. But, as you probably already guessed by now, we have a solution for this. Check out Beckhamandbelle to find out how to make plywood dividers for the drawer.

Just like every other room, the nursery needs a solid storage system adapted to its specific theme and function. Things like diapers, lotions and baby wipes need to be organized and close at hand when you need them and for that you can use a large drawer divided into several sections, just like featured on Baby closet.

Now this is where things usually get complicated. I can’t say I’ve ever seen a craft room that didn’t look messy. Maybe you can try to hide all the mess in drawers and closets but that doesn’t really change things. If you really want to be organized, get your drawers in order. Use dividers to create custom compartments for all the things you store in them and don’t forget to make them look good too. {found on momontimeout}