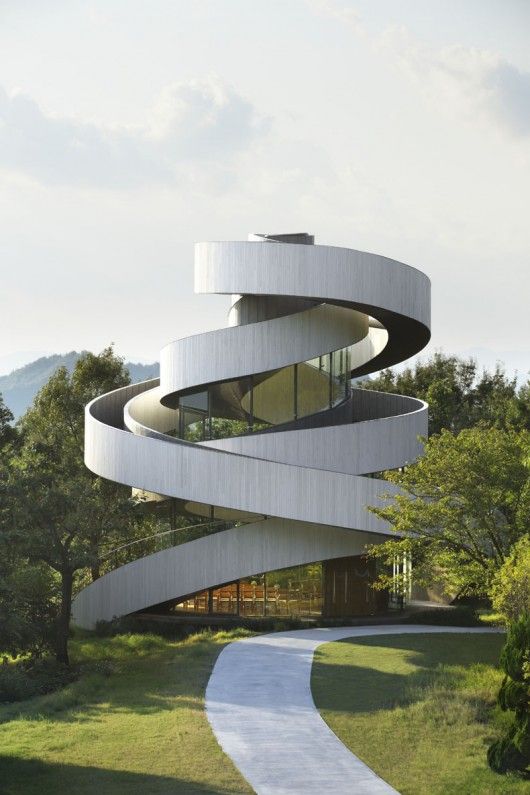 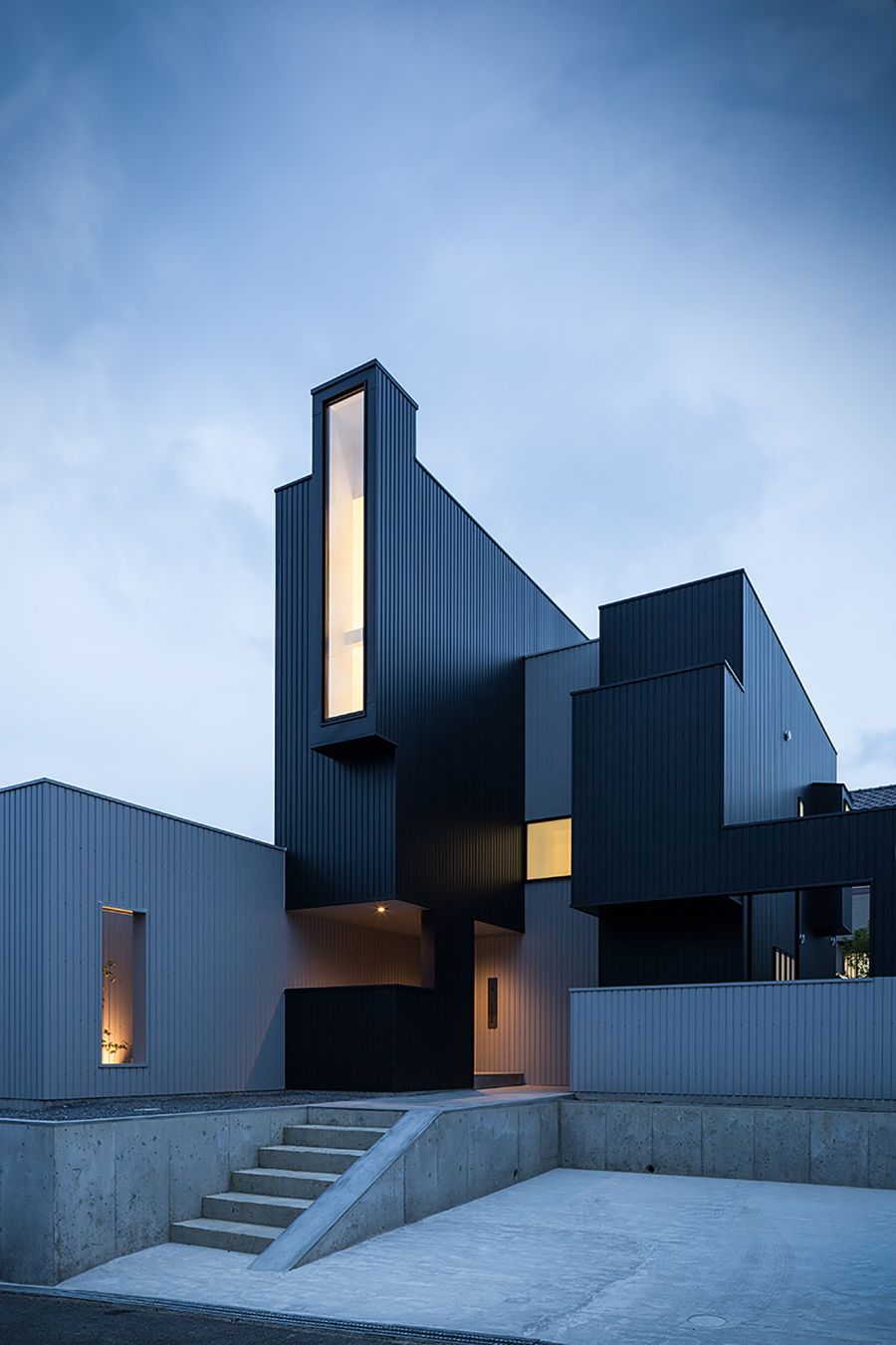 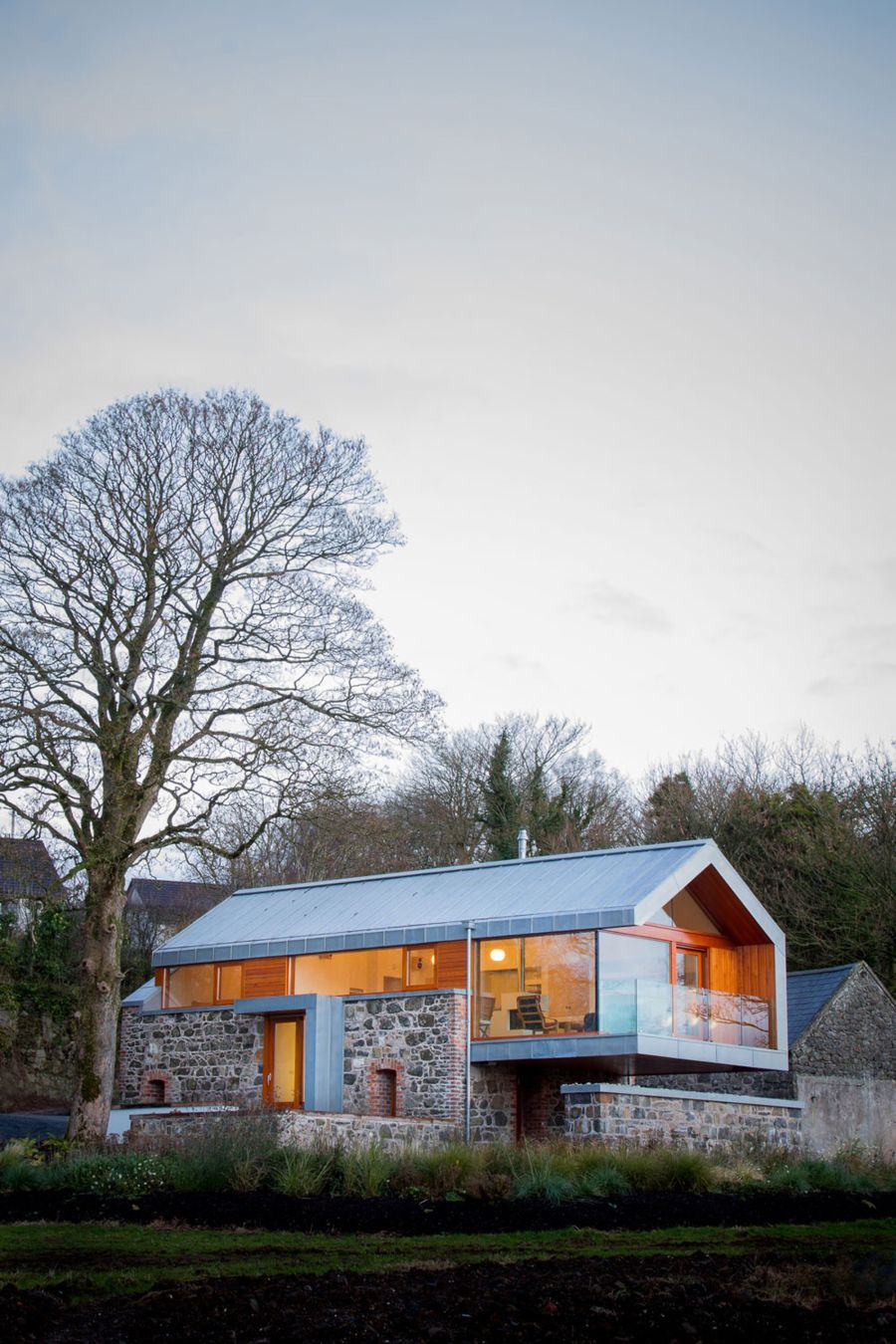 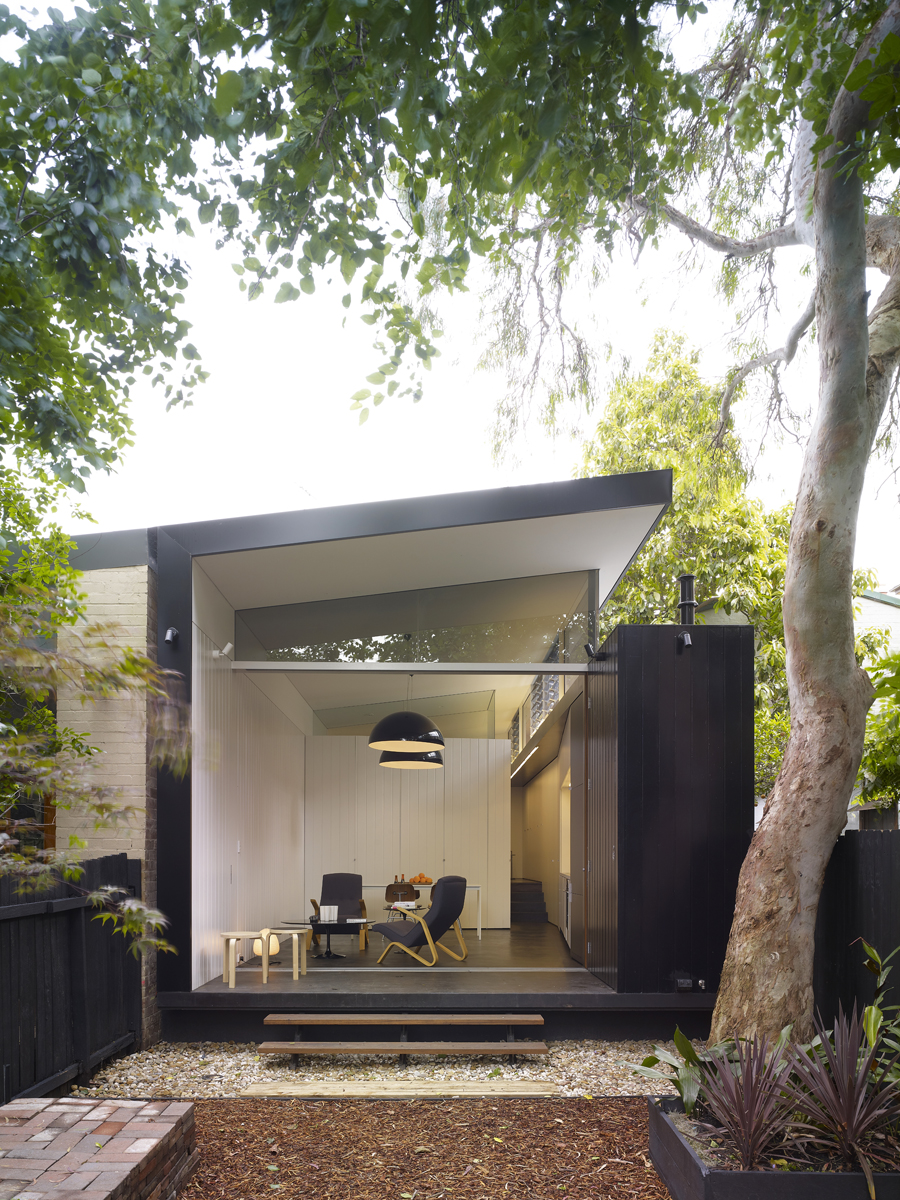 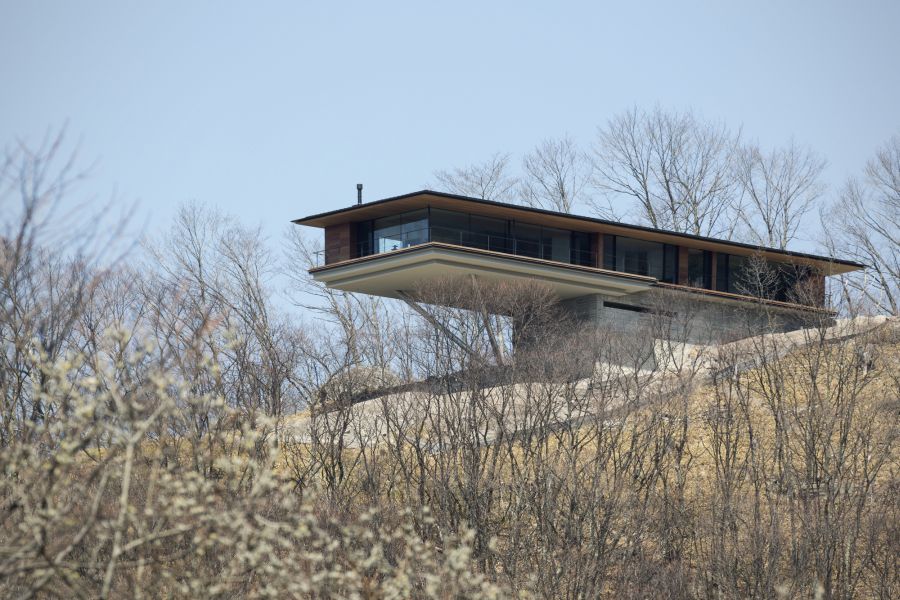 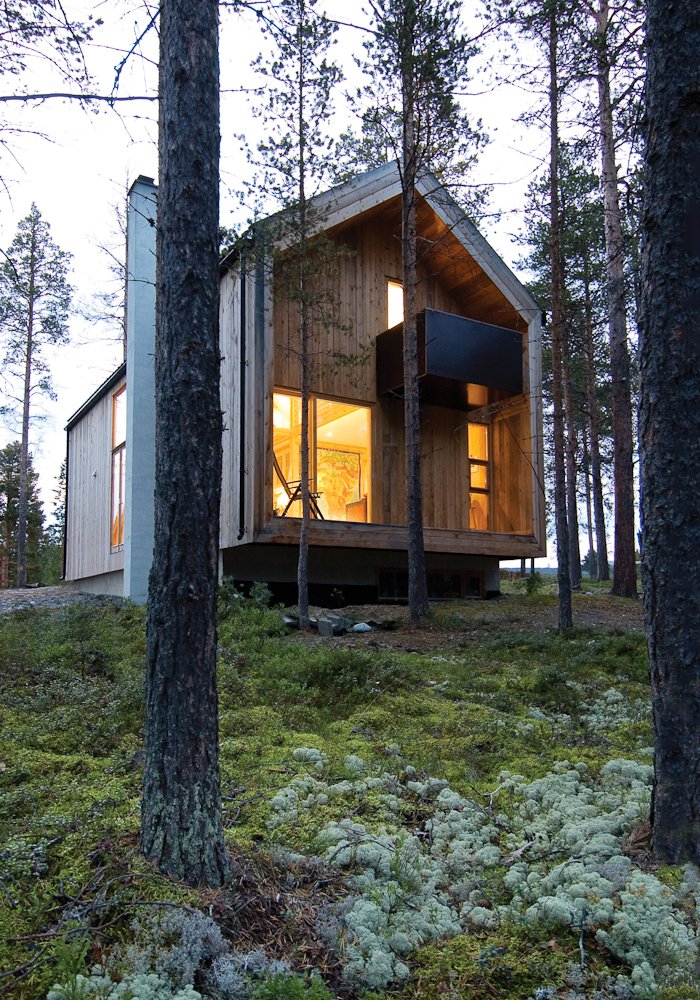 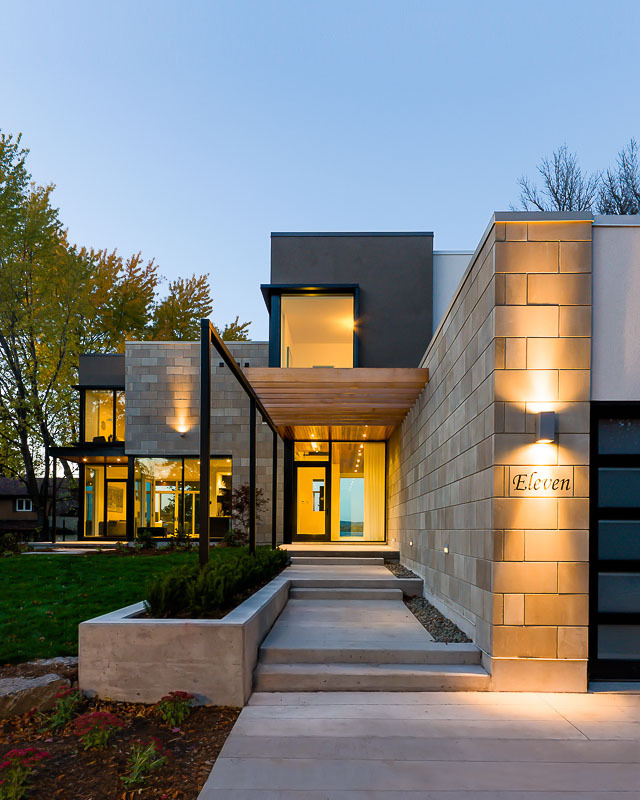 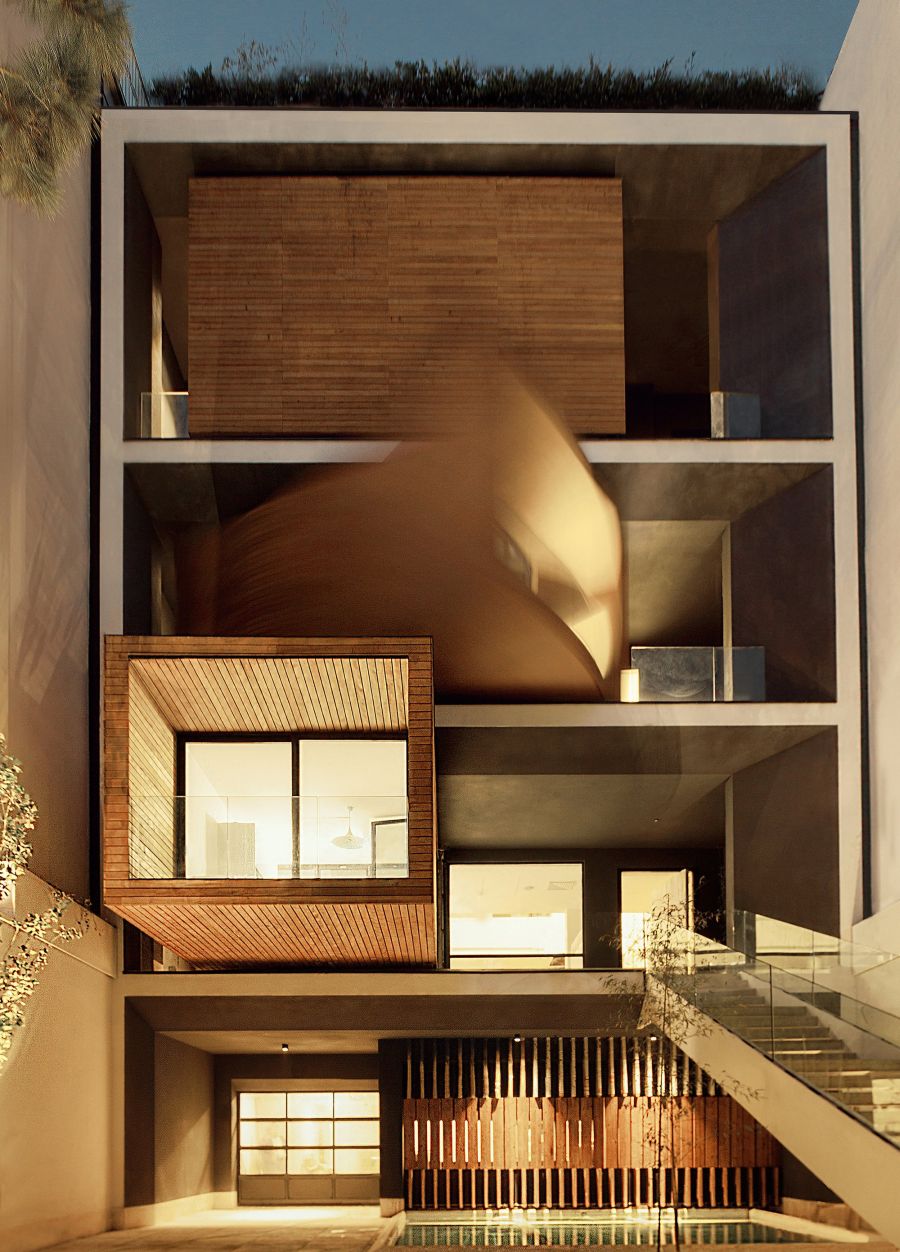 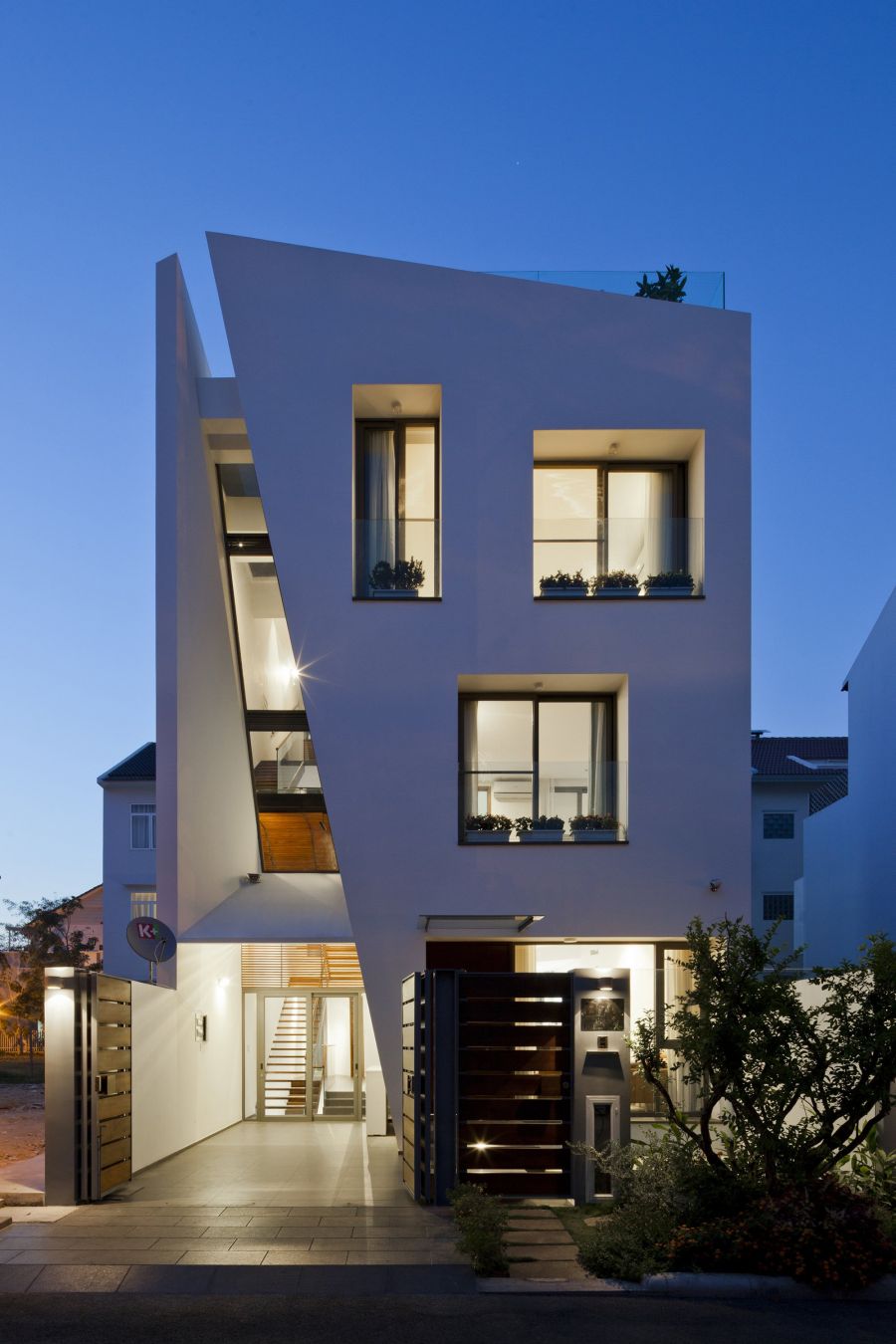 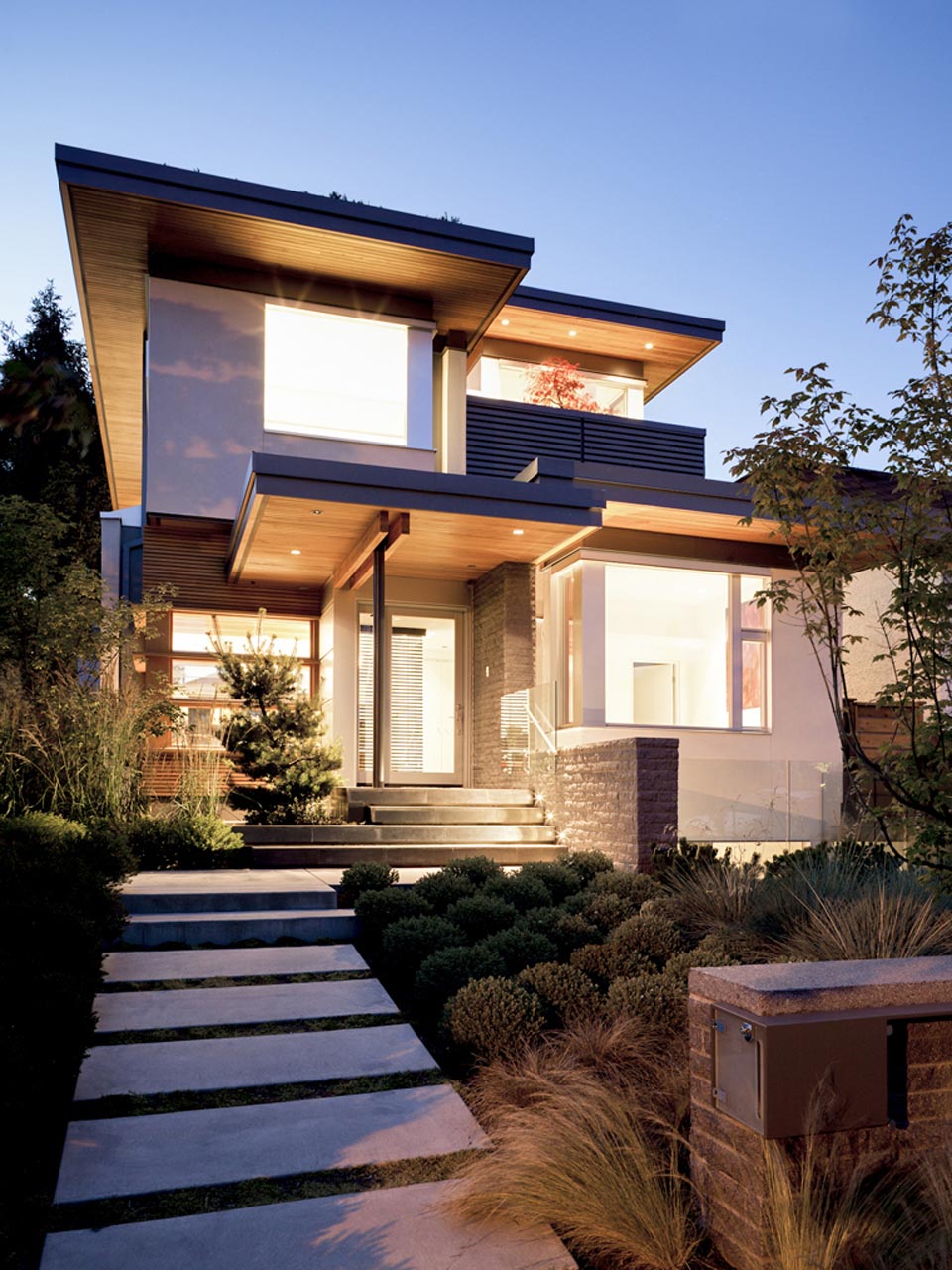 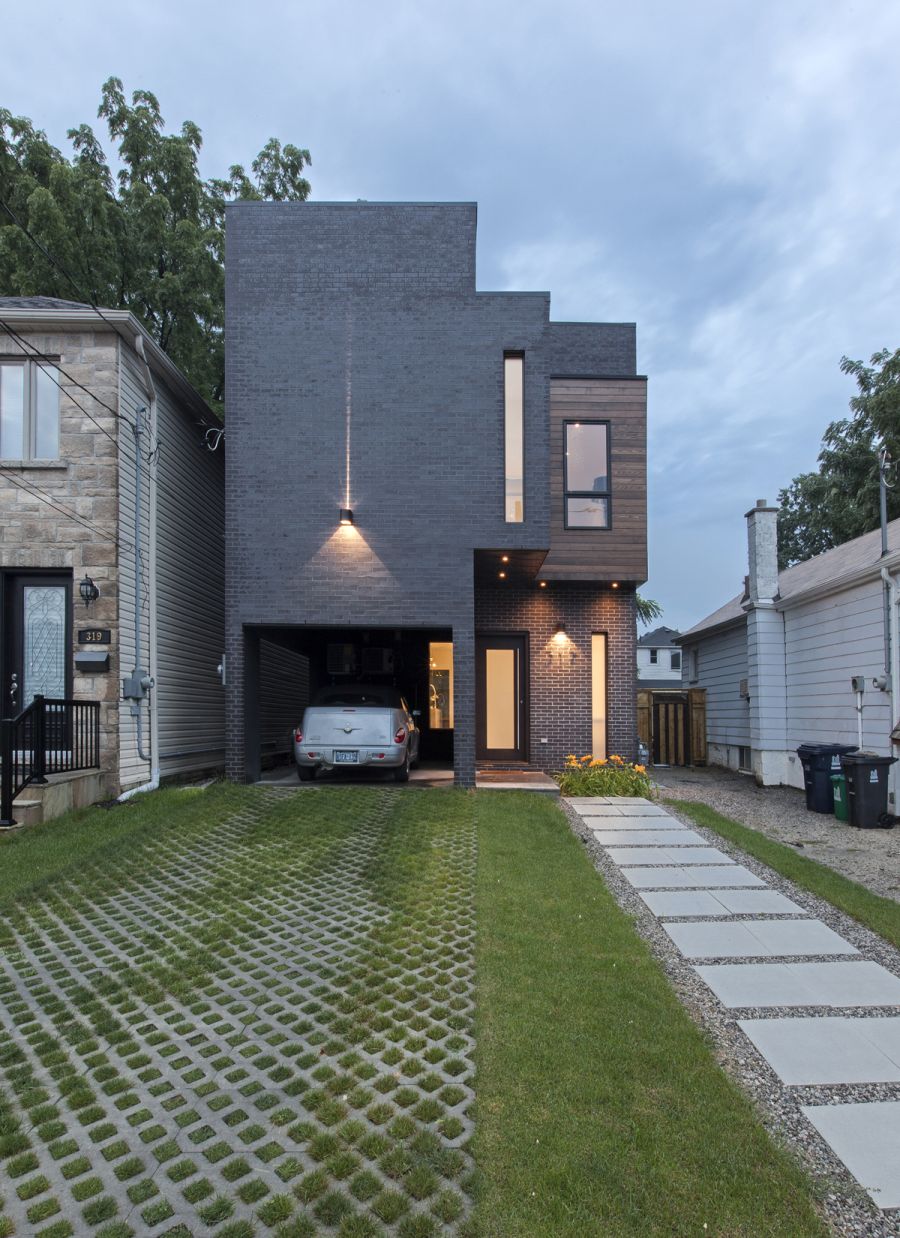 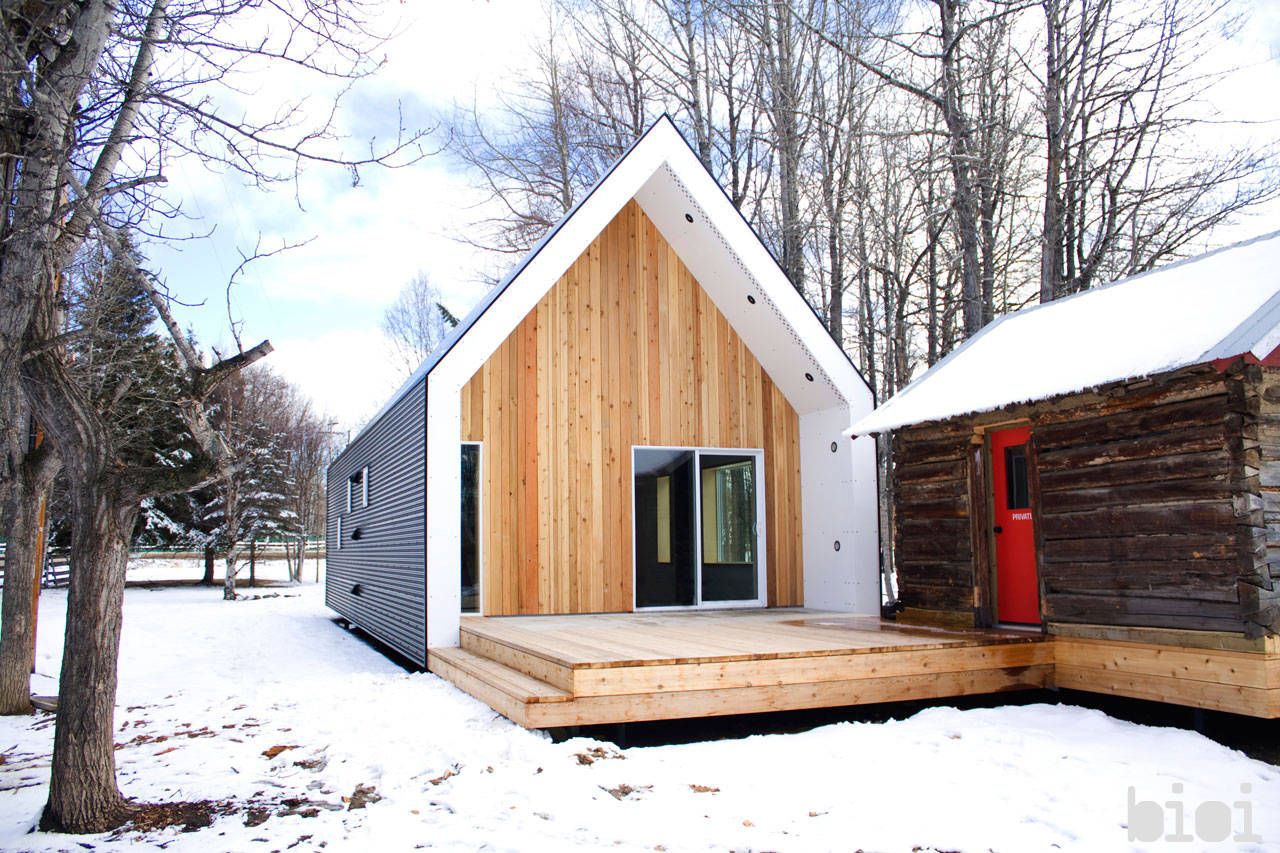 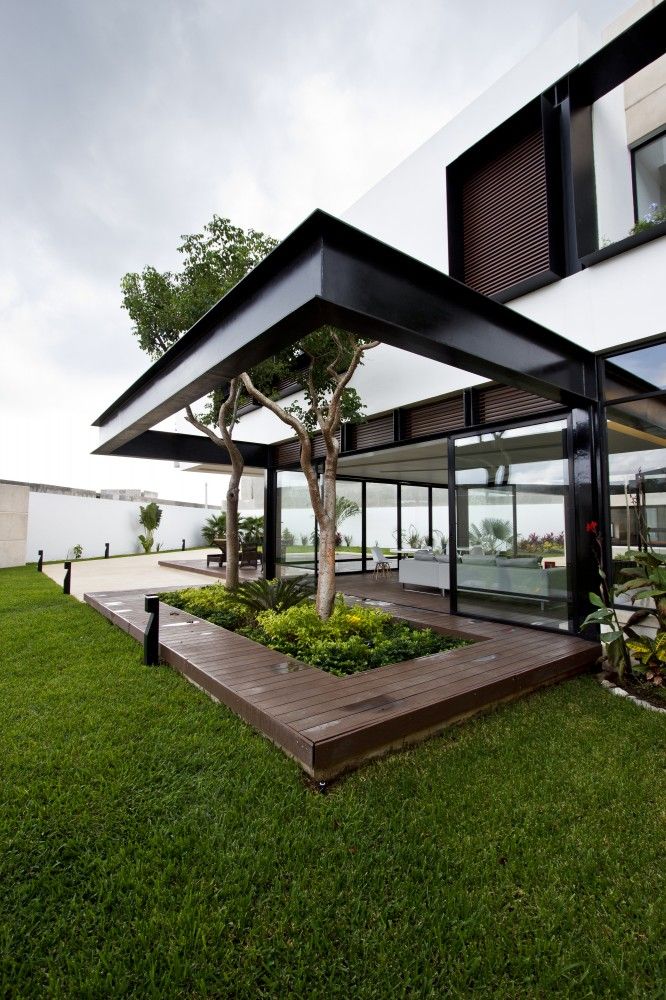 Who wouldn’t want their current place of residence to also be their dream home? That’s a lifelong goal for most and, in a few lucky cases, the reality. The first step to fulfilling this dream is finding the right architect. It’s important for the architect and the client to share similar opinions, ideas and favorite styles. So how does one start such a difficult search? Usually it all starts with a research stage and that’s exactly what we invite you to do now. You can tell a lot about an architect by looking at some of their complete projects.

The Temozon House by Carillo Arquitectos y Asociados was completed in 2013 and has an open design meant to offer the inhabitants a sense of freedom. The indoor and the outdoor spaces are merged together as a single structure. A perfect example is the deck which has trees growing though it.

The Warburg House was a project by bioi, located in Alberta, Canada. It’s a 69.5 square meter structure that balances aesthetics and efficiency in a really pleasant and natural way. It all started from the client’s request to have a simple, contemporary and energy-efficient home for less than $100,000. The architects delivered and came up with the concept for this open and flexible structure.

Located in Toronto, Canada, the Totem House was a project by rzbd, completed in 2013. the team designed this home for its traveler owners who like to collect sculptures and then use them as decorations in their home. So the team decided to envision the whole house as a huge sculpture to be filled with other smaller sculptures.

When Frits de Vries Architects designed the Kerchum Residence in the Dunbar neighborhood of Vancouver, Canada, they wanted it to serve as both a dream home for their clients but also a demonstration of their sustainable building and renovation techniques. It’s no wonder that the residence became the first LEED Platinum certified home in Western Canada.

The Folding Wall House in Vietnam was a project by Nha Dan Architect. The house was built on a rectangular lot flanked by multi-story neighboring buildings and the biggest challenge was to bring natural light in to illuminate the lower levels. The design the architect came up with features all the circulation elements on one side and the main living functions on the other.

In Tehran, Iran, there’s a structure named Sharifi-ha House. It was designed by architect Alireza Taghaboni of Nextoffice and it’s a really flexible structure that beautifully responds to its surroundings and its owners’ needs. A series of turning boxes allow the building’s internal volumes to become open or closed and to easily adapt to the changing seasons and functional settings.

This Ottawa river house in Ontario, Canada, was a project by Christopher Simmonds Architect. It has a really open design that lets the beautiful views and vast amounts of light to enter the interior volumes and ensure a strong connection with the outdoors. The architect started by picking the perfect place on the site for the house to be built so that it would allow views of the Parliament Hill.

Developed between 2004 and 2009, the House in Vale Bem by espaço a3 now rises beautifully in an area populated with single unit homes in Almada, Portugal. The location is really great, being close to both the city and to the beach. It stands out from the neighboring building with its original design nd contemporary elegance.

Built in the forest, in Os i Østerdalen, Norway, Gunnar’s House was a project by Huus Og Heim Arkitektur. One of the main goals was to have as little impact on the site as possible, as the client requested. The architect’s solution was to built the house out of wood, with a traditional timber frame construction.

Kidosaki Architects Studio designed a contemporary residence in Nagano, Japan back in 2012 and they took maximum advantage of the site. The house was built on a sloping mountain ridge from where it offers unique and spectacular views. The building was designed in such a way that the views were maximized and made a part of the interior.

The Haines House by Christopher Polly Architect is located in Sydney, Australia was a complex project. First of all, the team had to completely refurbish the existing single-storey structure and to add an open-plan volume. Secondly, they had to improve the relationship between the interior spaces and the outdoors after adding a new rear garden.

Loughloughan Barn is a project by McGarry-Moon Architects located in Northern Ireland, UK. The building has a simple exterior, with a facade that doesn’t reveal much about its character. However, it’s an expertly oriented and organized structure, configured in a way that allows it to make the most of the natural light and views, manipulating these features in clever and dramatic ways.

The Scape House by FORM | Kouichi Kimura Architects can be found in Shiga, Japan, in an area with views of the lake. The architects’ main task was to take advantage of these views without sacrificing privacy or exposing the house to its neighboring buildings. The size and the position of the windows are very important in this case and they shaped the entire design.

Although it’s not a home, this building was too beautiful to ignore. It’s called the Ribbon Chapel and it’s located in Hiroshima, Japan. The wedding chapel was designed by NAP Architects and it’s name is very suggestive. It stands in the garden of a resort hotel and it embellishes the landscape with its pure form and sculptural beauty.