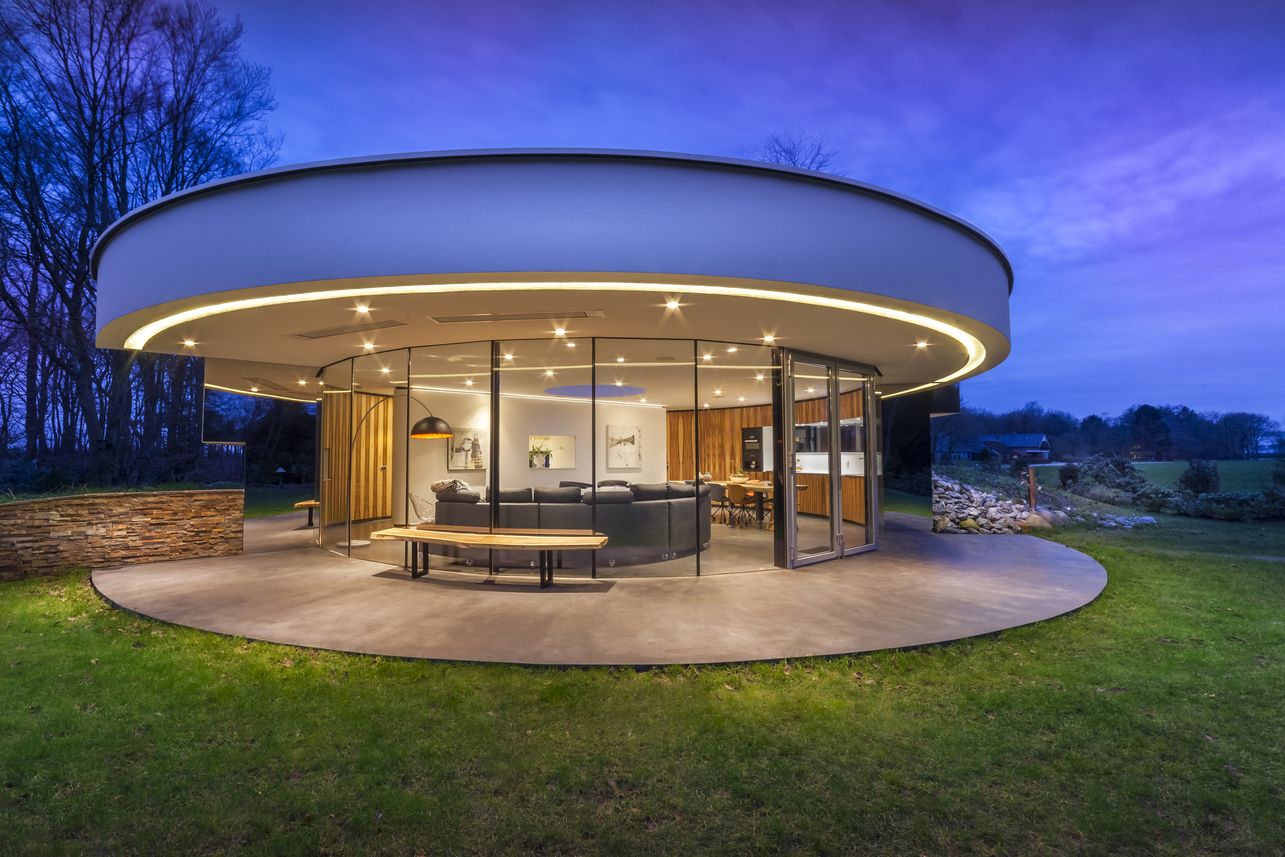 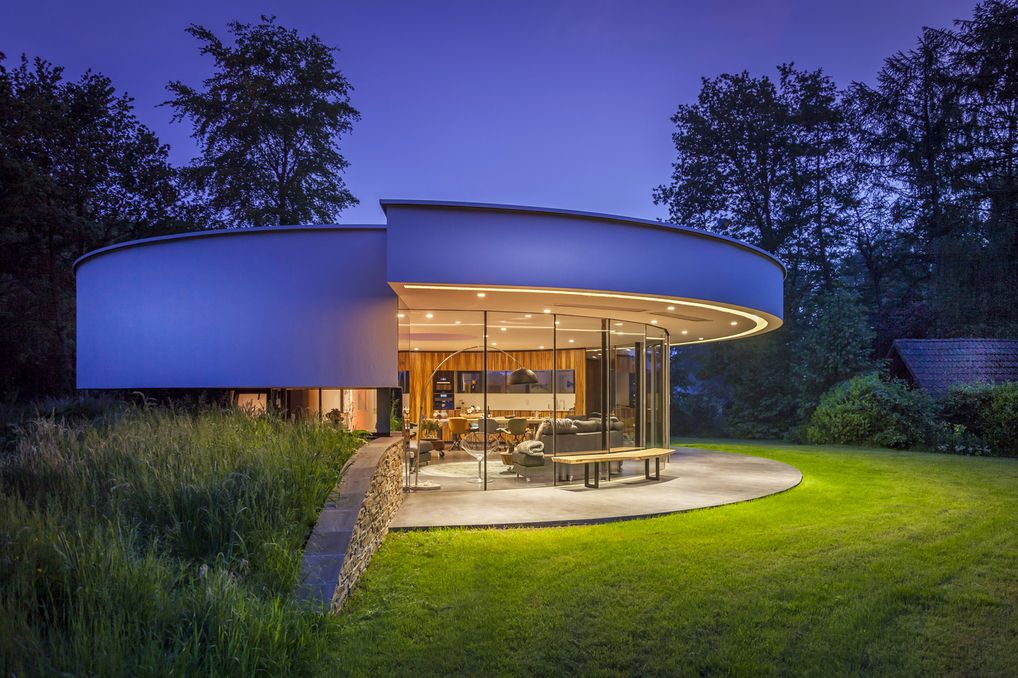 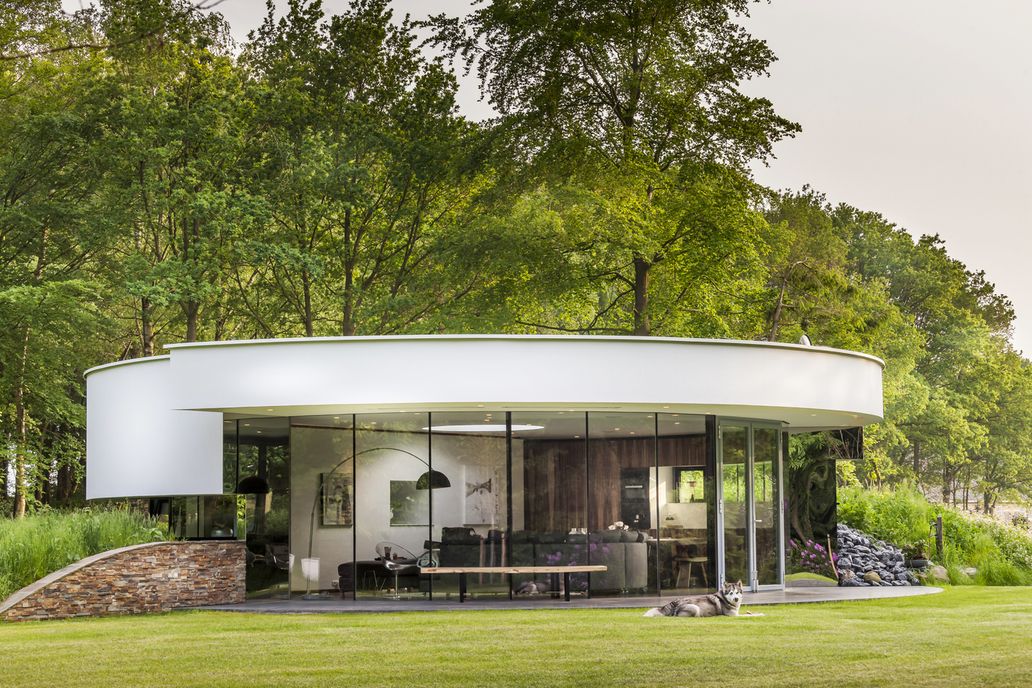 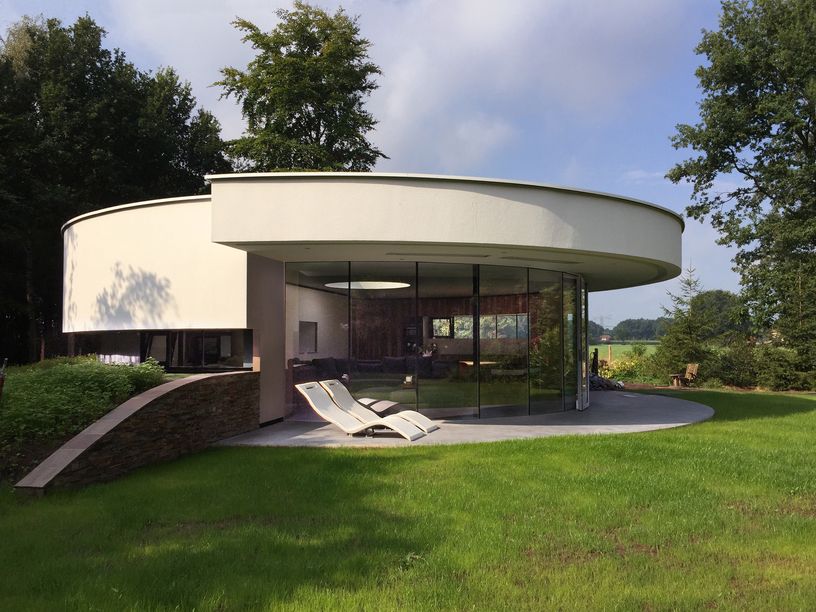 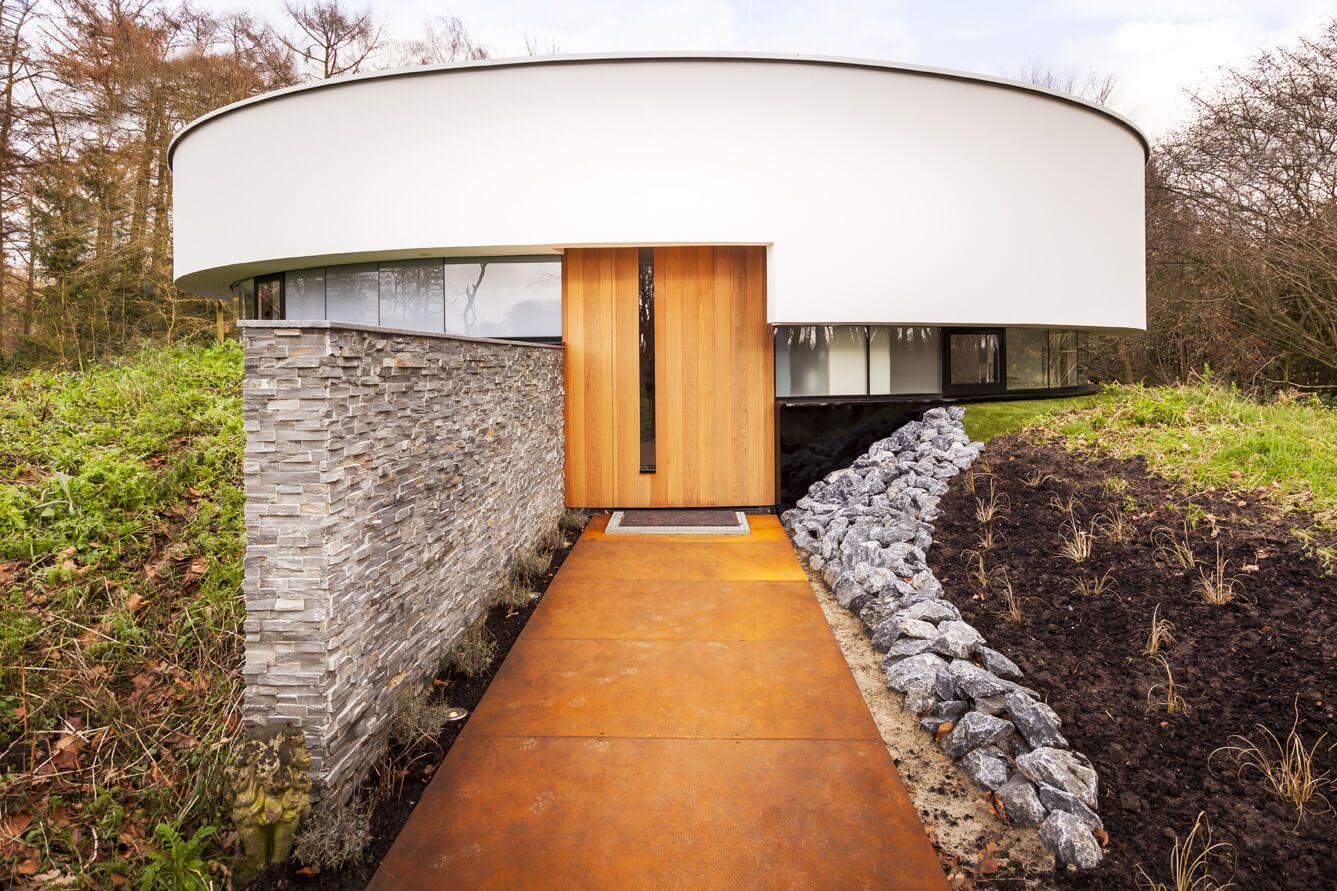 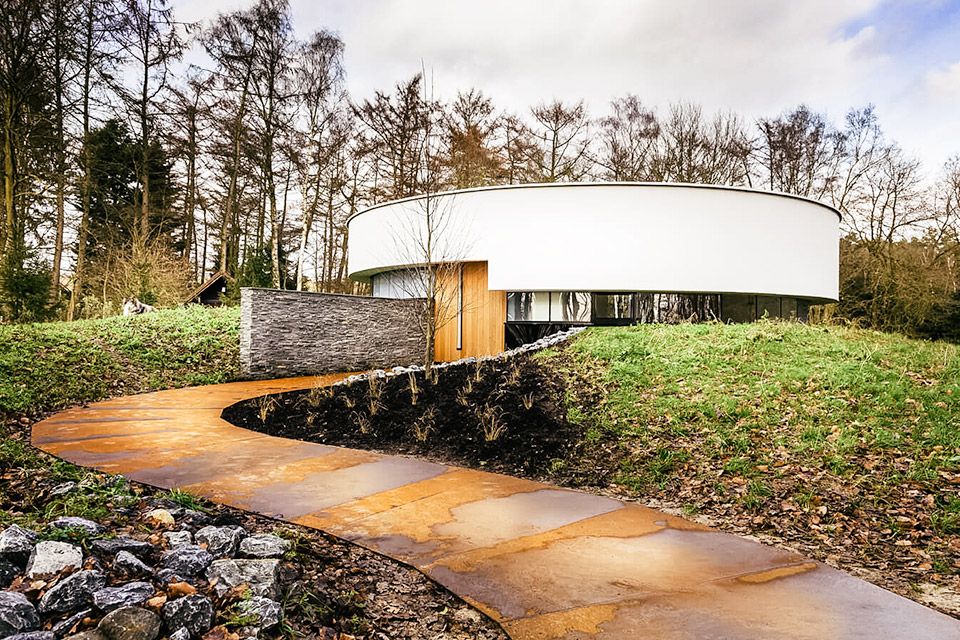 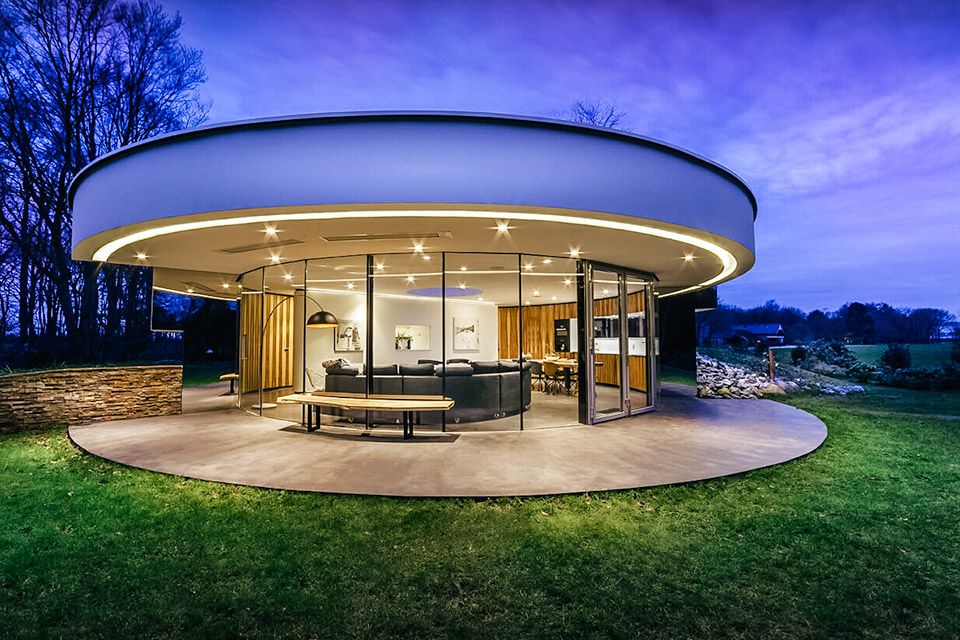 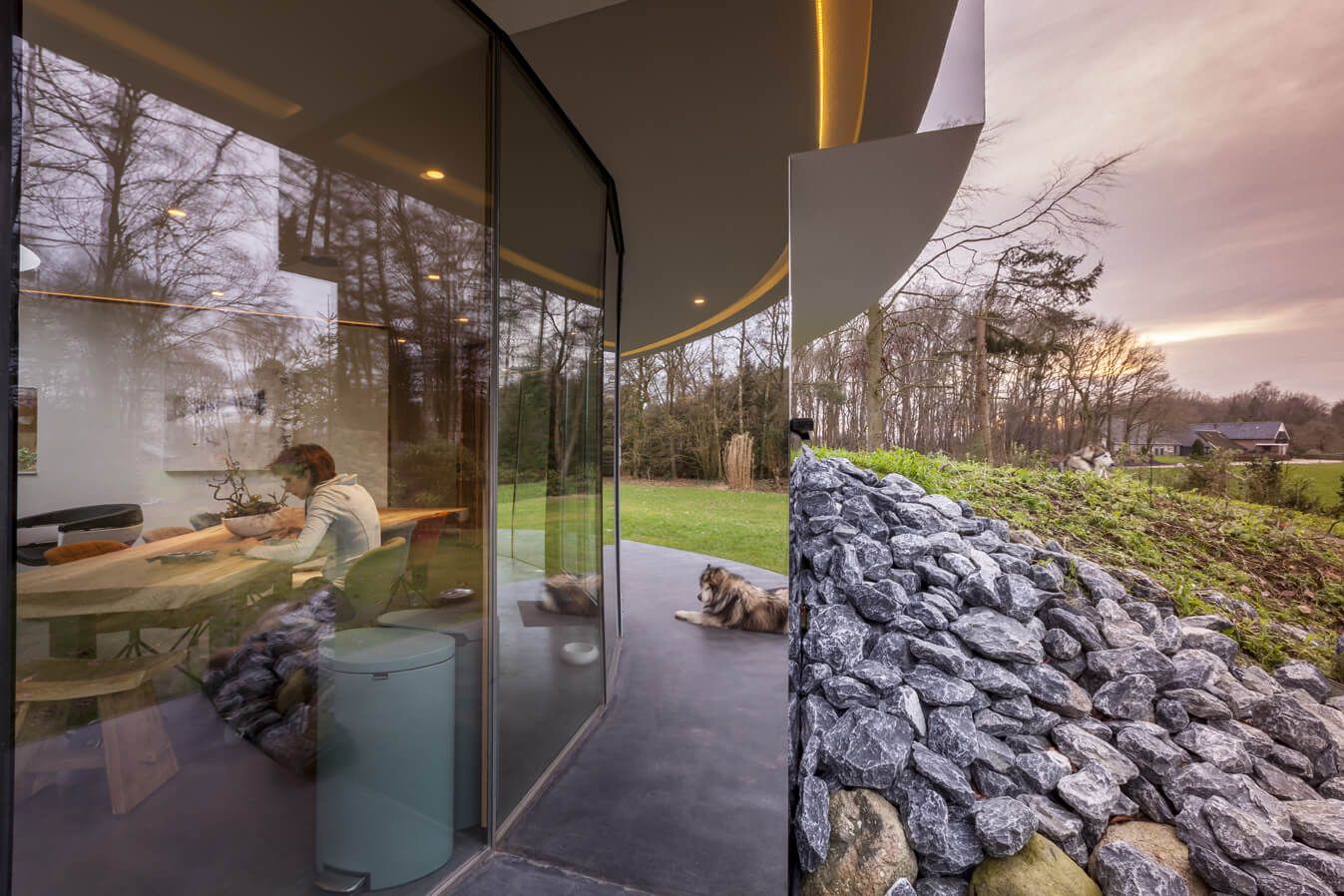 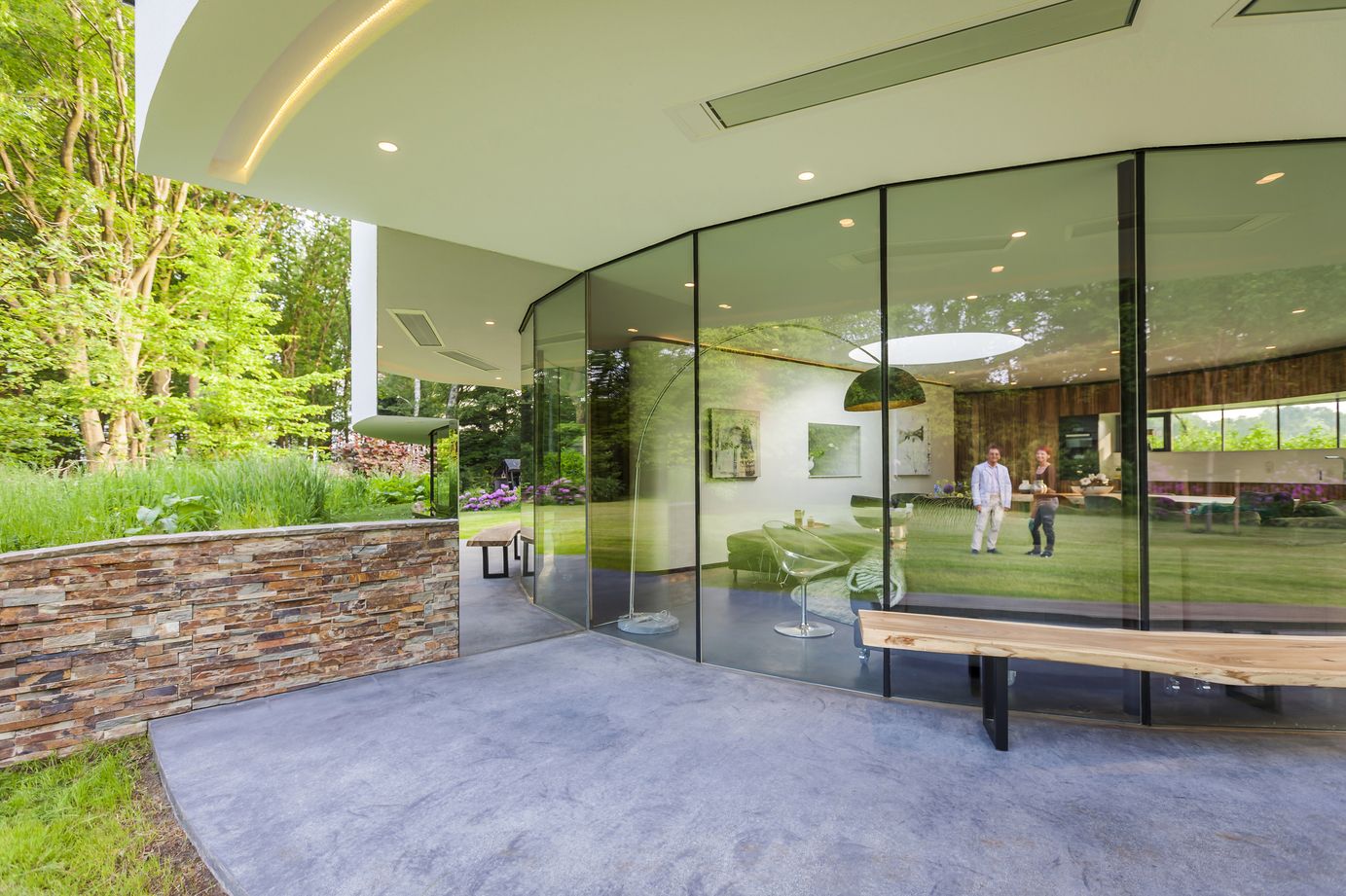 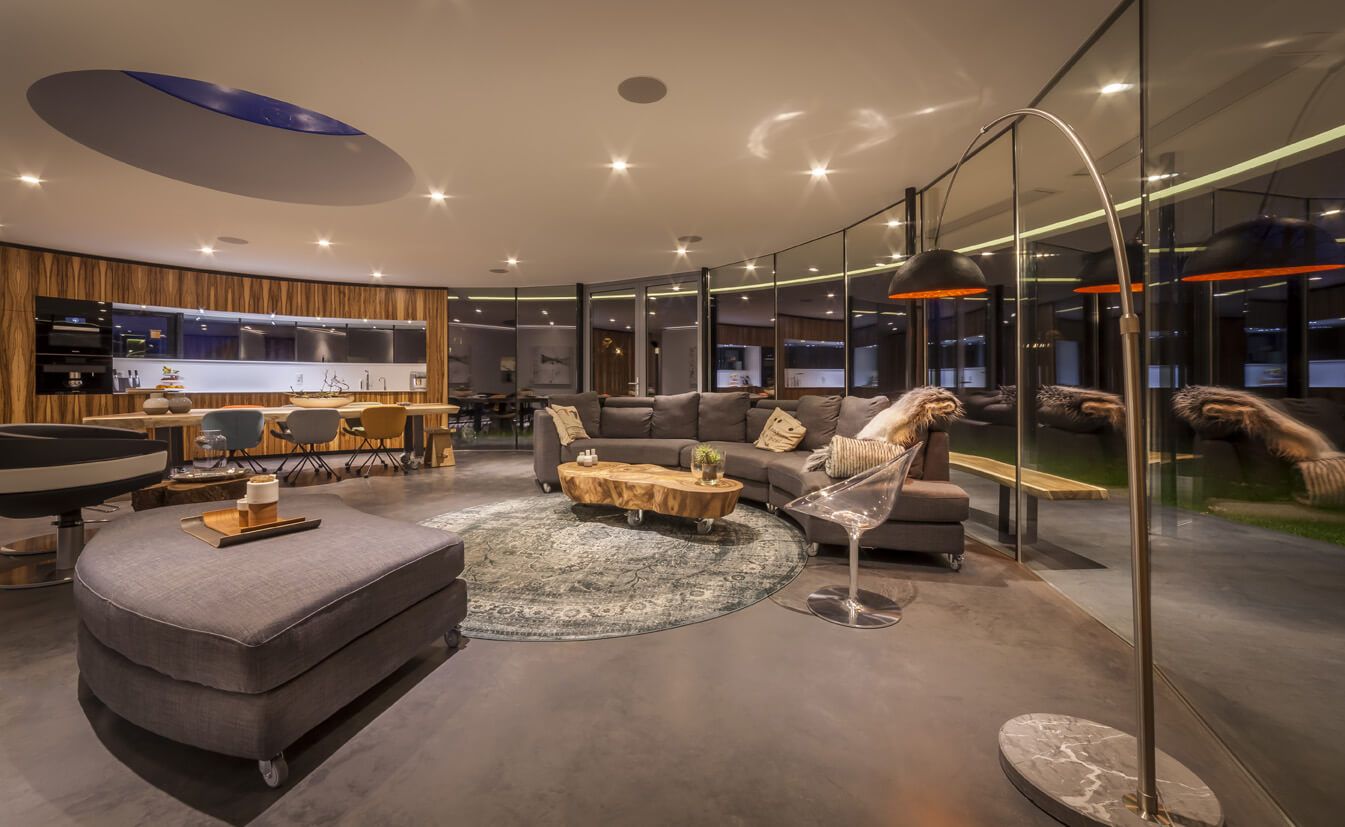 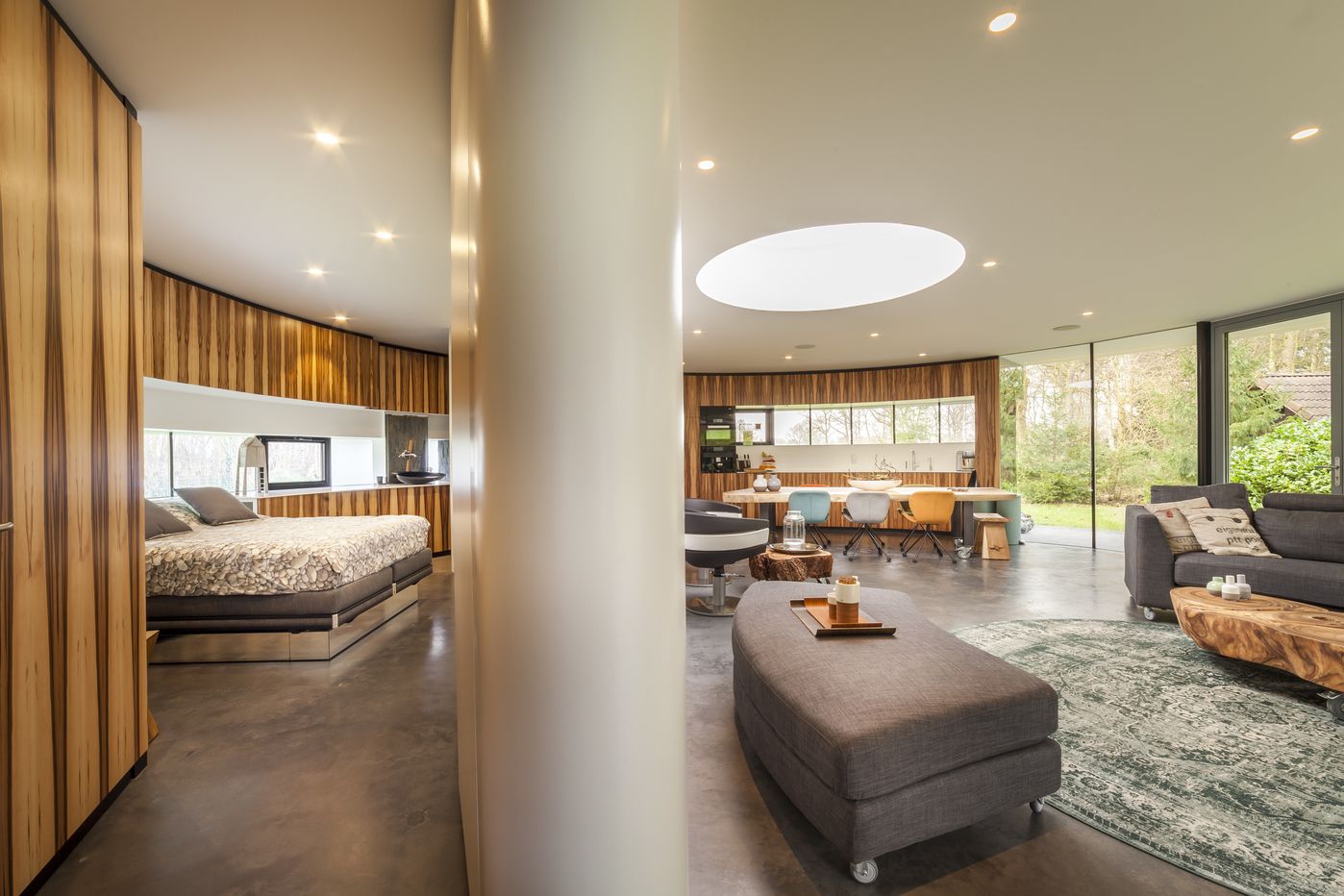 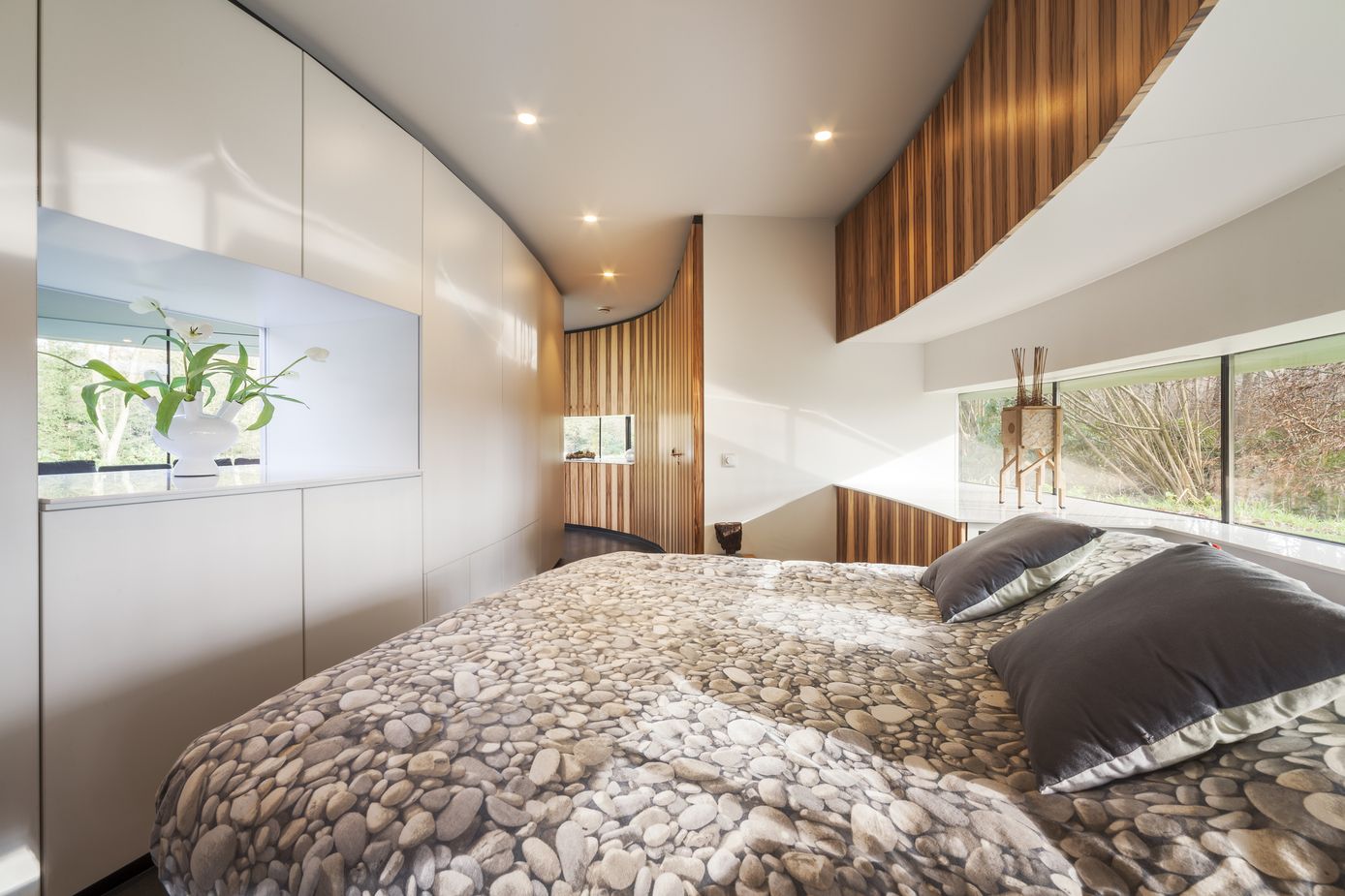 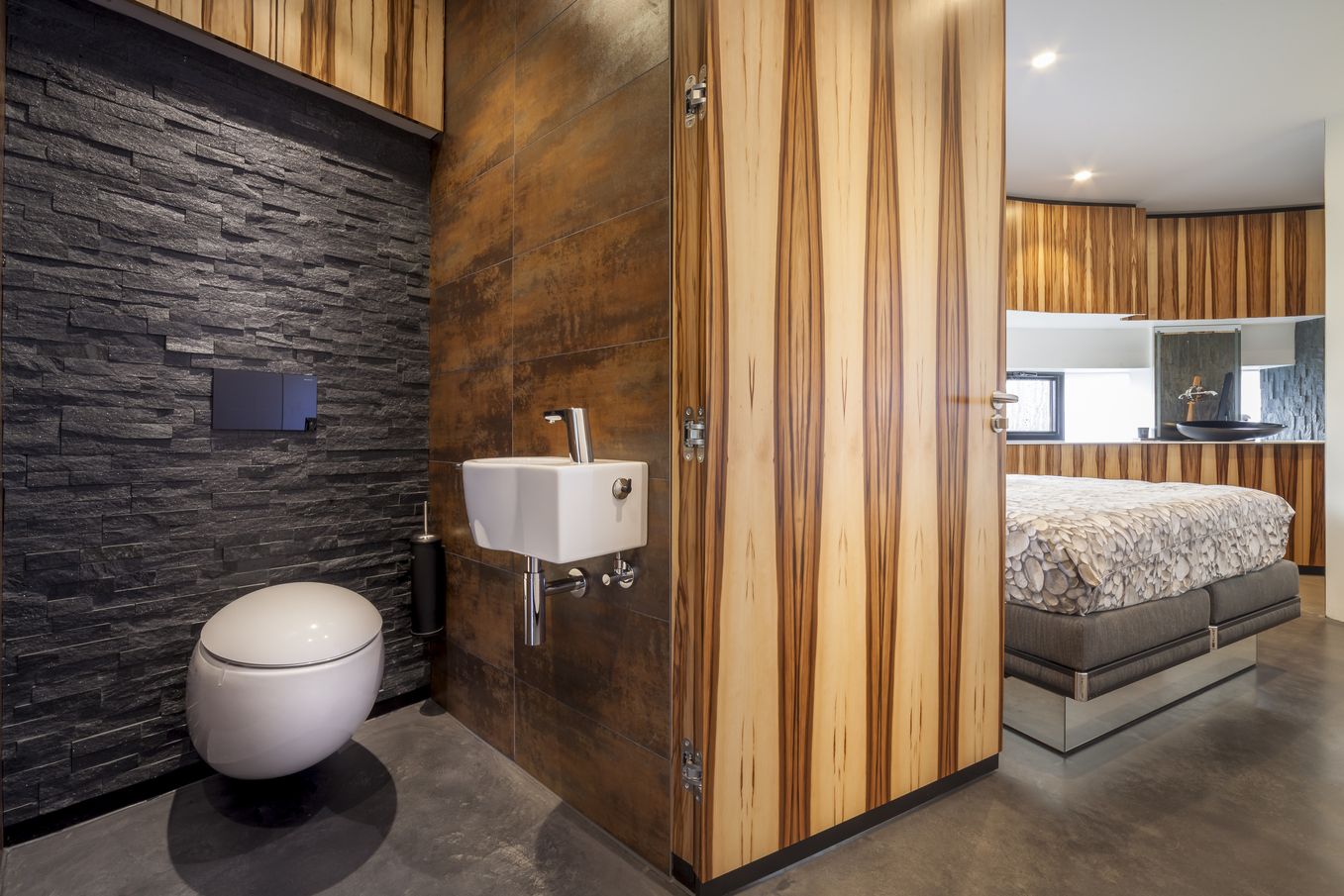 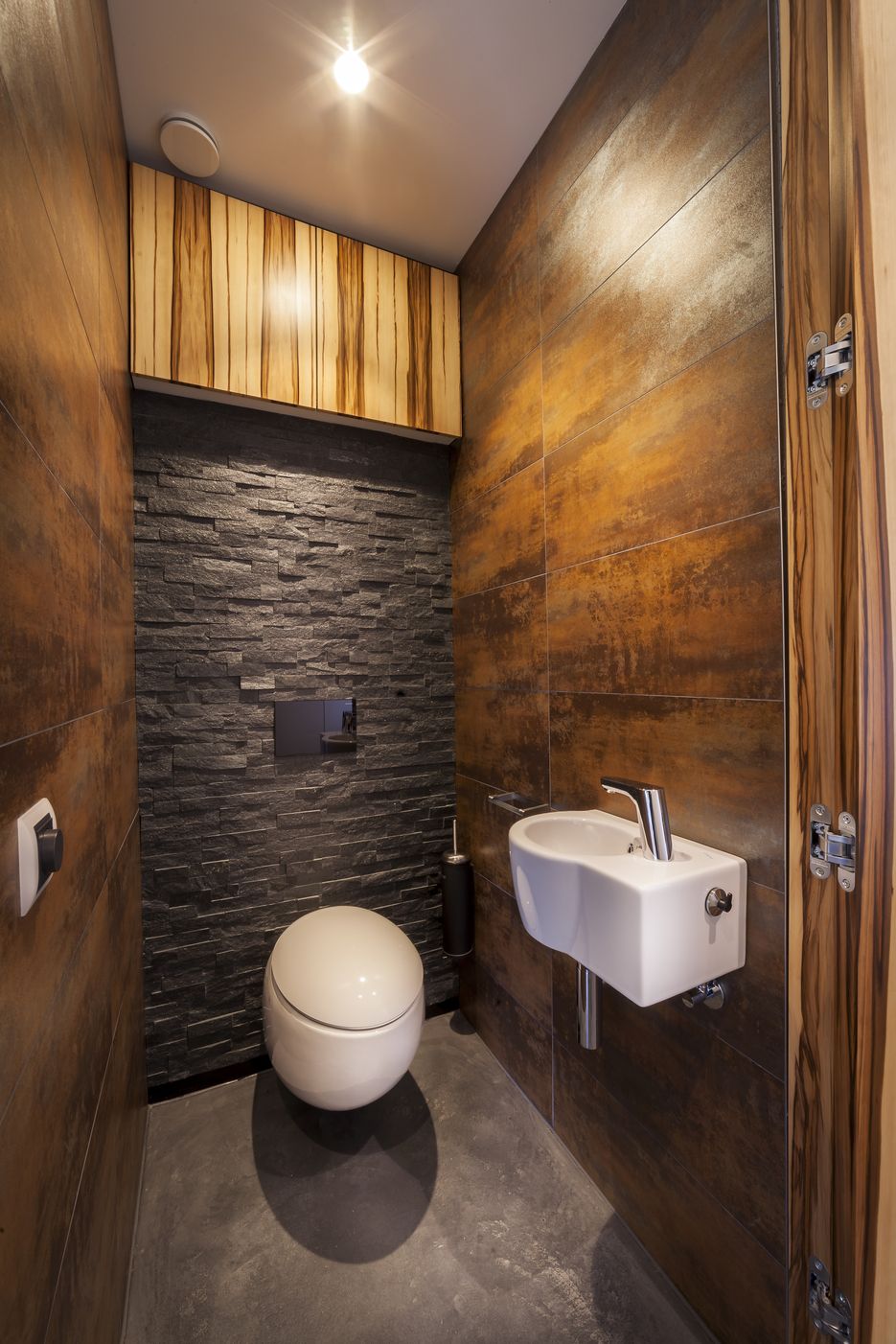 The 360 Villa is an unusual home with a name that pretty much describes the major things that define it. The house is placed in a clearing in a forest, on a gently sloped site. It occupies an area of 85 square meters (914 sq ft). It was designed by 123DV Modern Villas for a couple and their dogs. The architects are known for their interest in finding unique ways to bring the outside in and the inside out and their skills were put to the test by this project.

The clients and the architects agreed that the connection between the residents, the dogs and the garden needed to be a strong one. It was also important to take full advantage of the views. The clients wanted a home that they could share with their Alaskan malamute dogs, one that would allow everyone to be happy. They had a few criteria in mind such as the fact that they wanted to be able to keep an eye on the dogs while they were inside the house or out in the garden or the fact that they wanted to be able to enjoy and admire the views from every part of the house.

The circular layout was chosen in response to the views and the overall conditions on the site. The house was designed as an open and fluid space with a canopy that runs all the way around the building, offering shelter for the dogs when it’s rainy outside or shade on sunny days. A metal walkway surrounds the house and a large wooden door connects it to the hillside, creating a natural connection and allowing the house to blend in and to have a reduced impact on the landscape.

The house has circular windows that end with mirrored walls which create the impression of a fluid and cohesive space while also allowing the residents to always keep an eye on their dogs. The interior is organized as an pen floor plan that connects all the spaces, including the living room, the kitchen, the dining area and eve the bedroom.

Even though the bedroom is part of the open floor plan, it doesn’t lack privacy. A sliding hatch allows it to be closed off and separated from the rest of the interior spaces. This doesn’t impact the other rooms which can function as always.

The bathroom is small and it has metal and stone walls and a door that matches the wooden walls. When the door is closed, the bathroom disappears into the decor, ensuring an open, fluid and cohesive decor throughout the house.