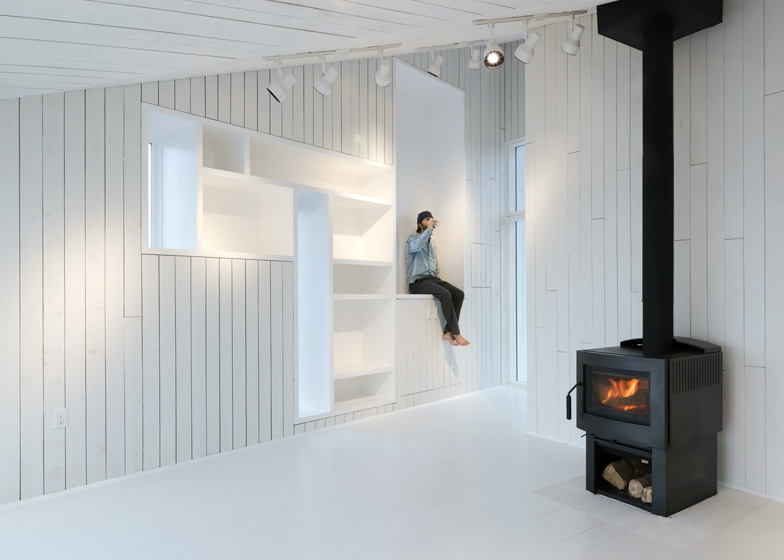 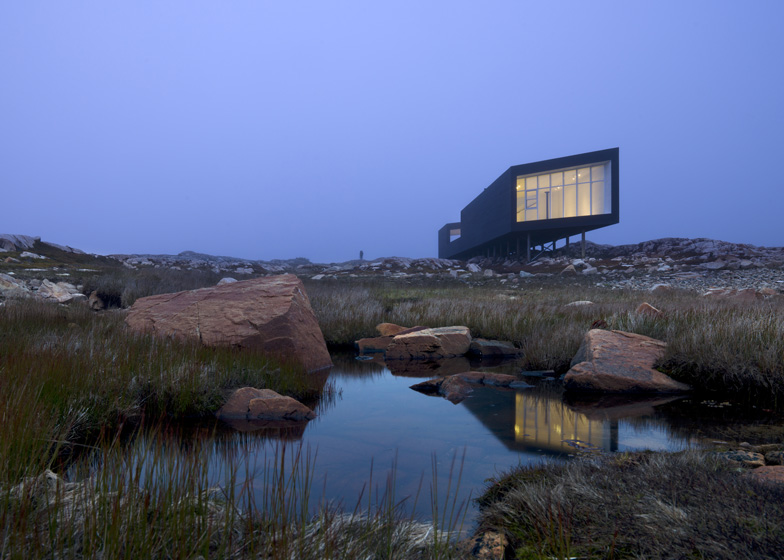 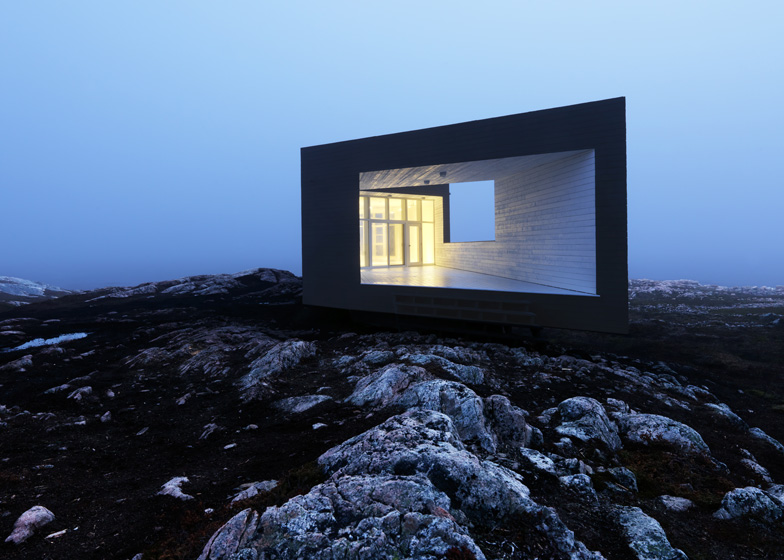 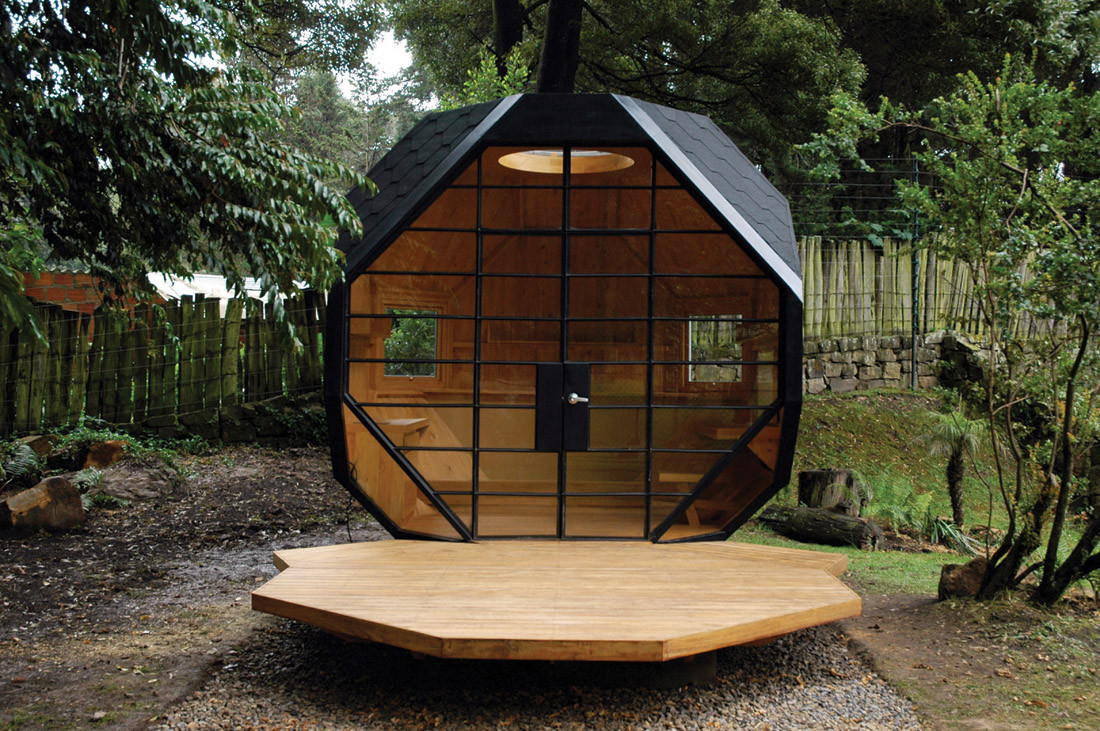 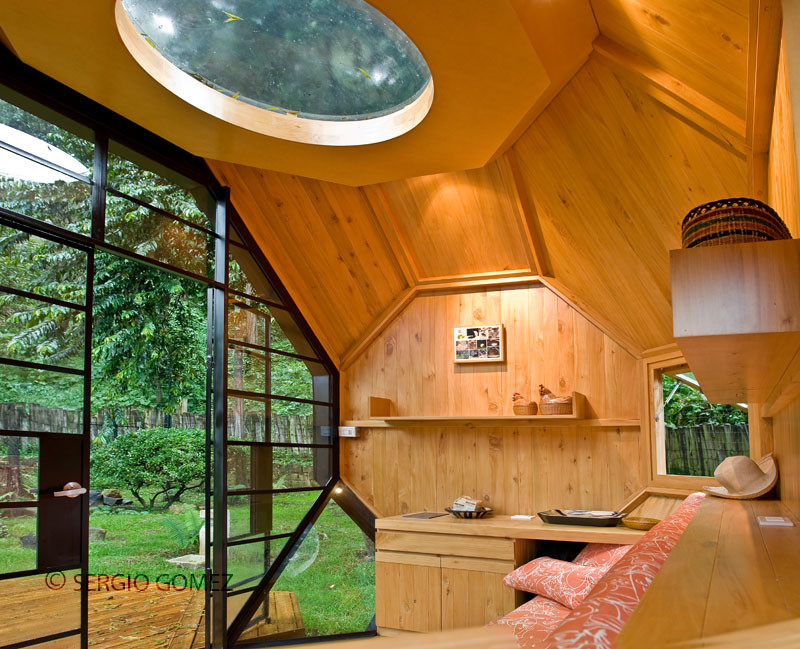 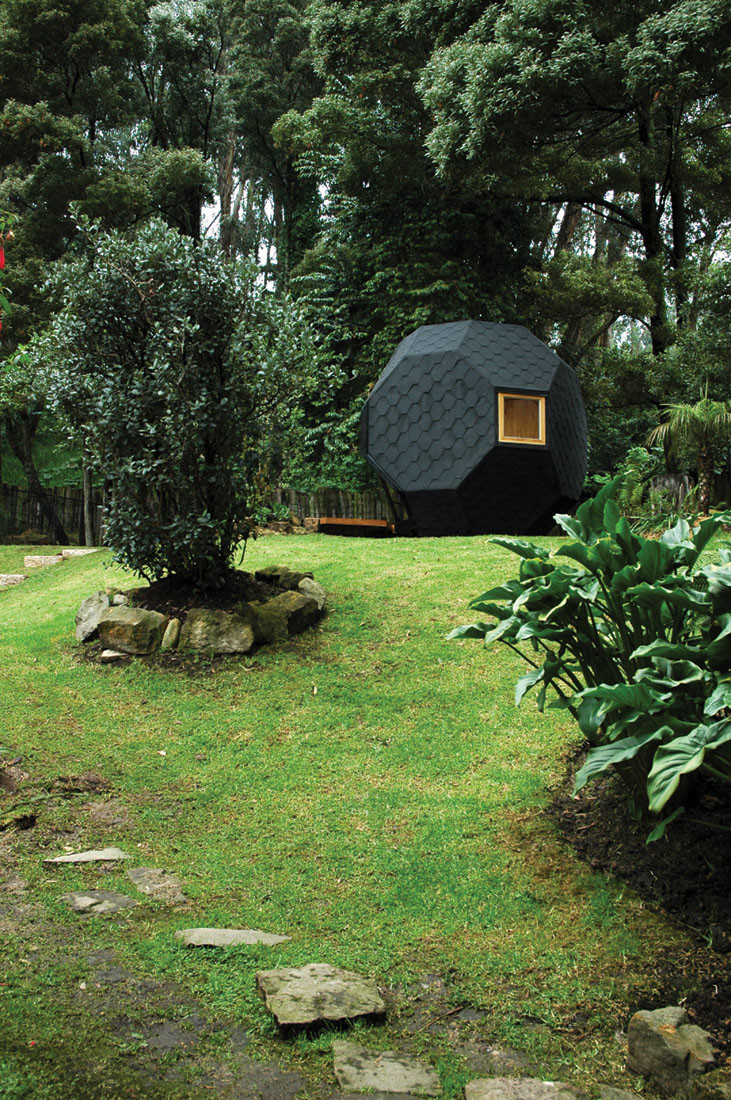 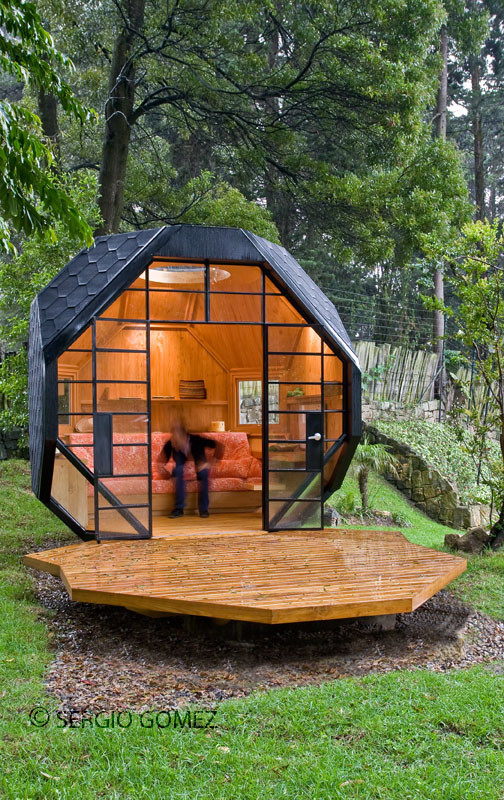 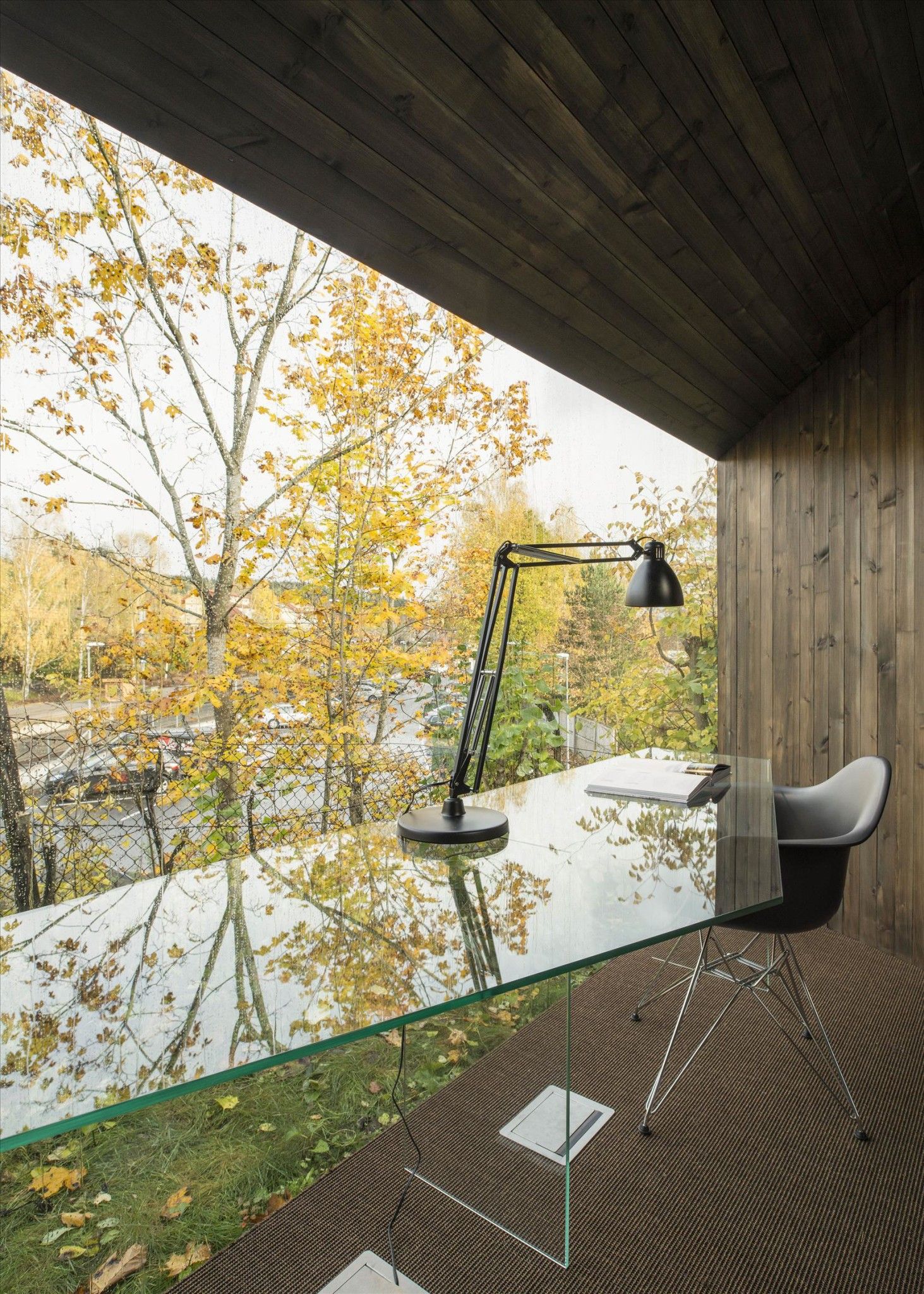 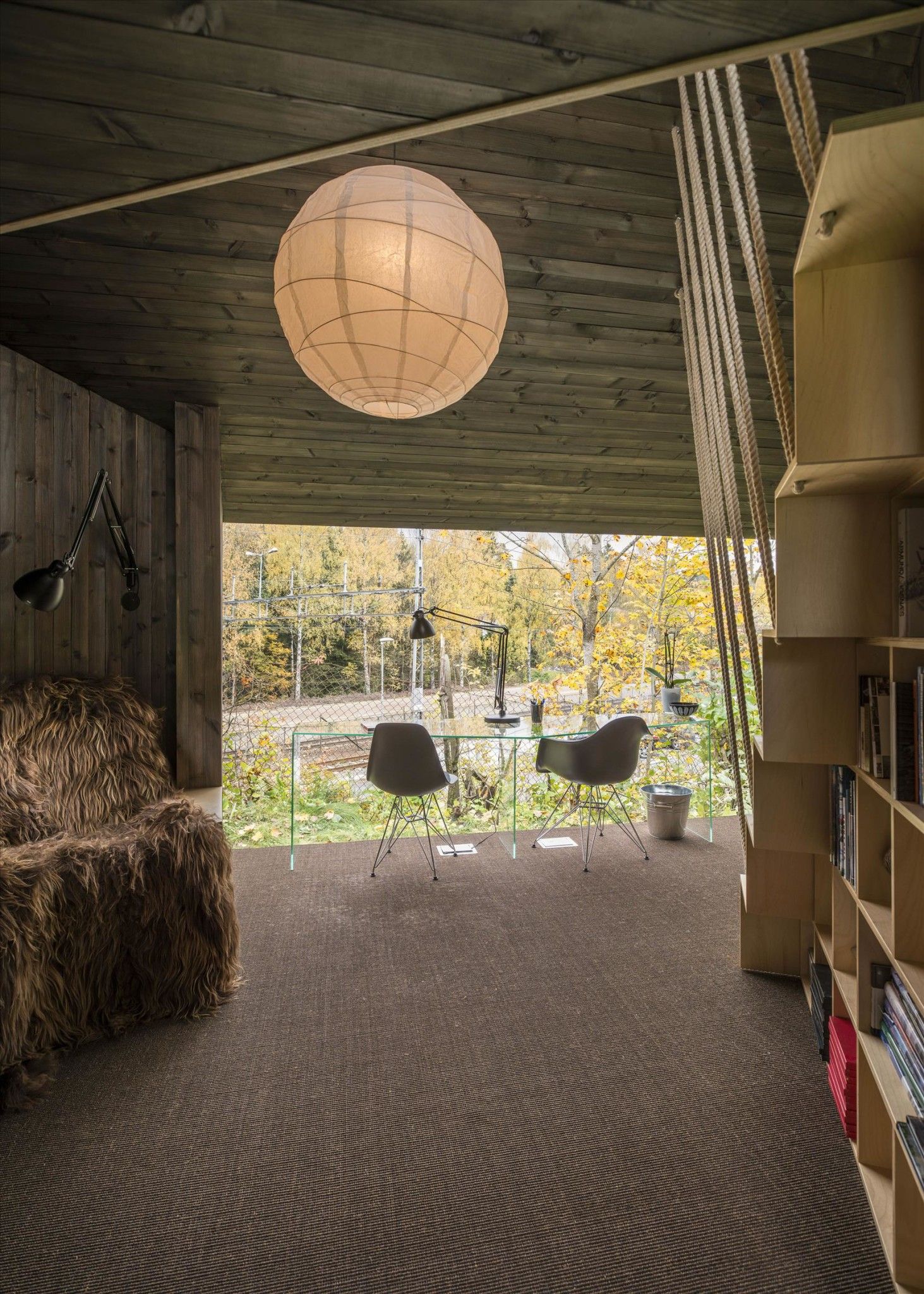 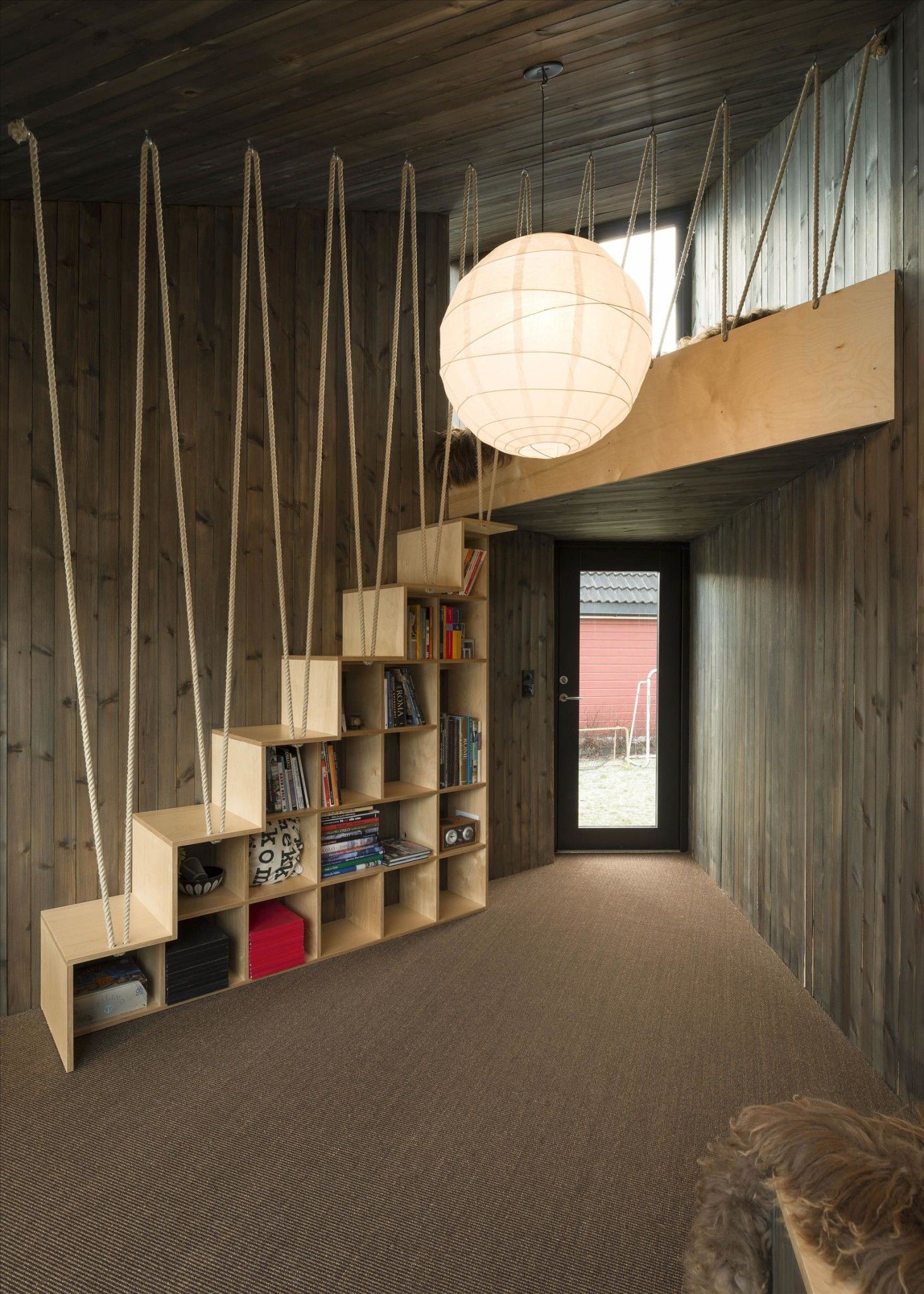 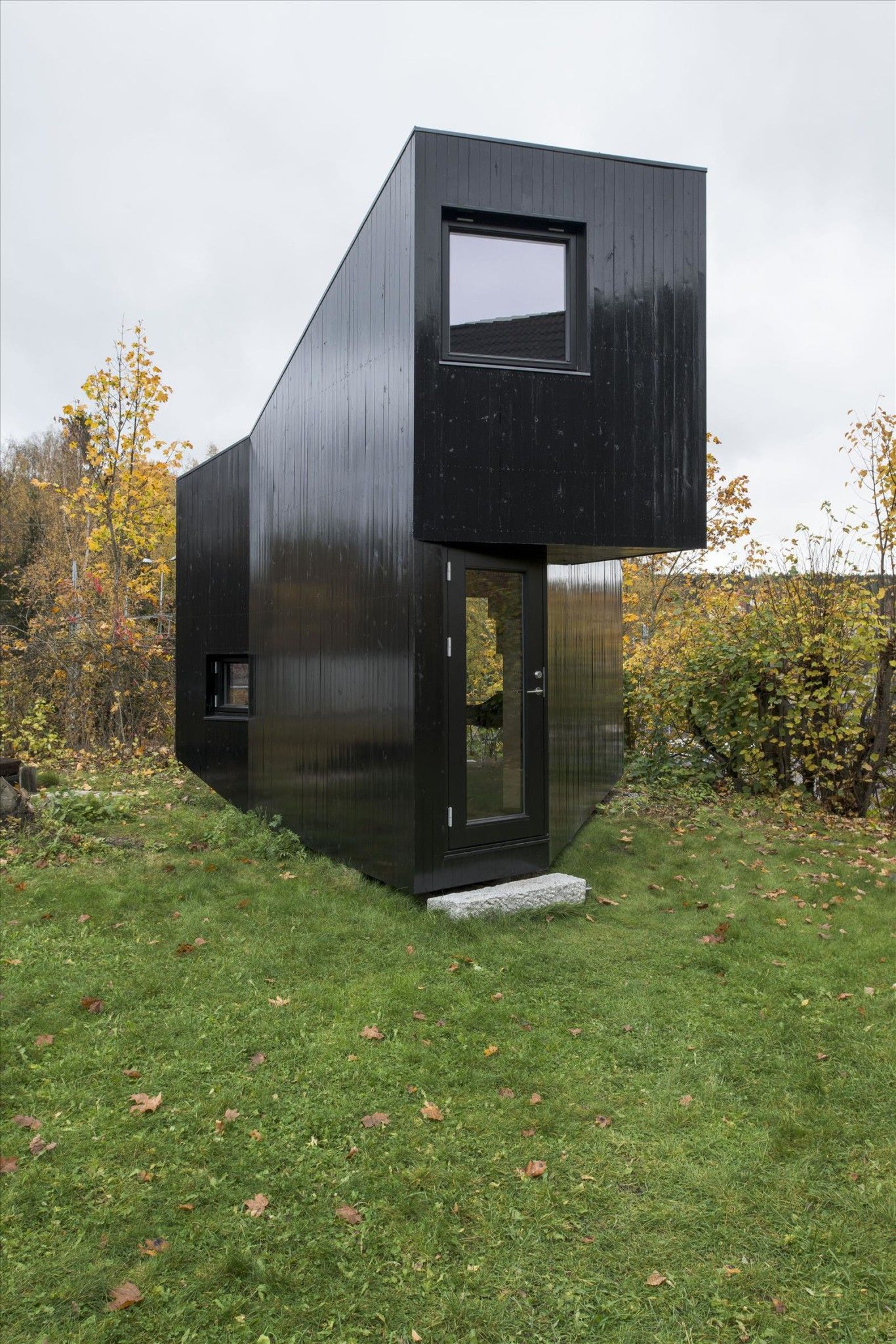 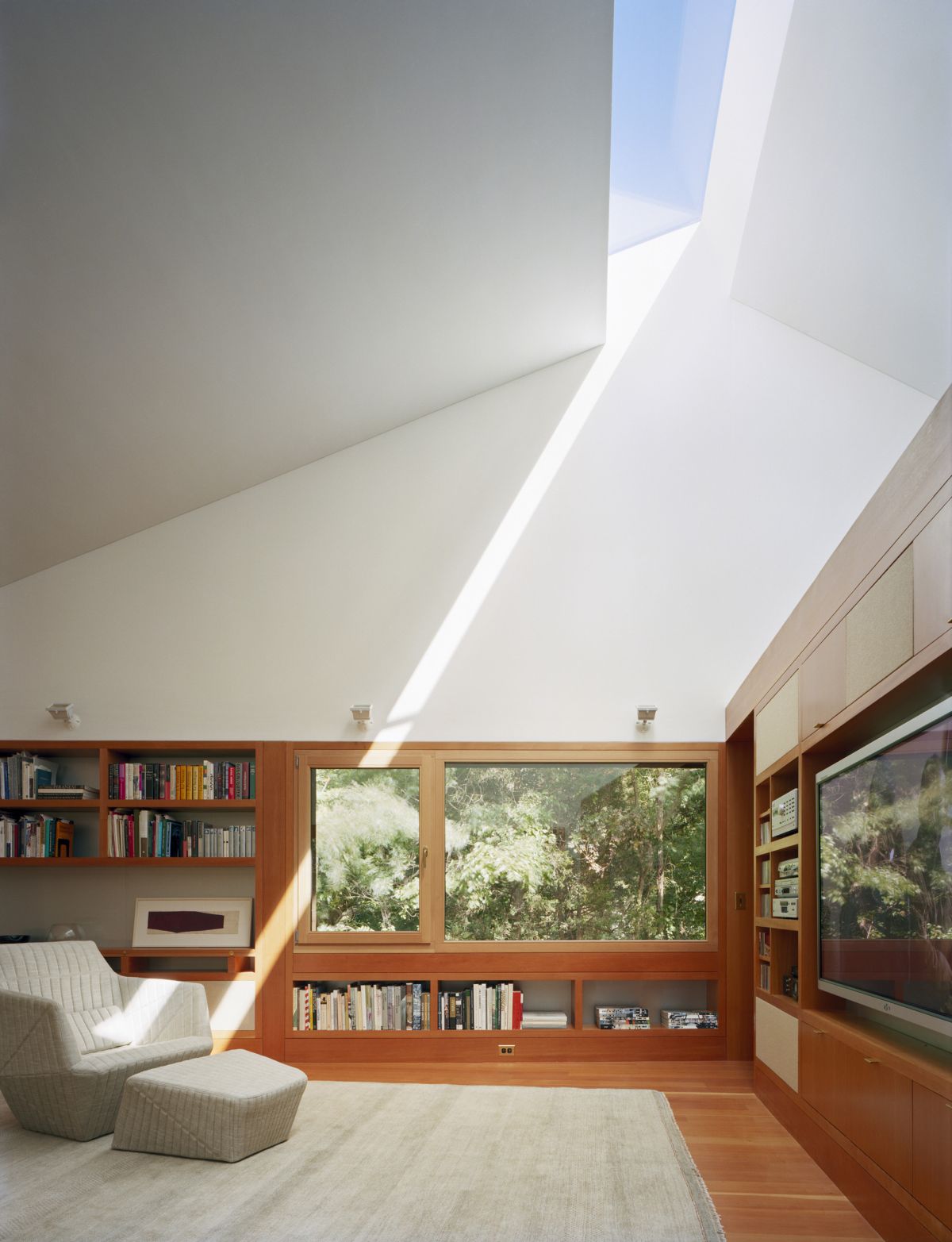 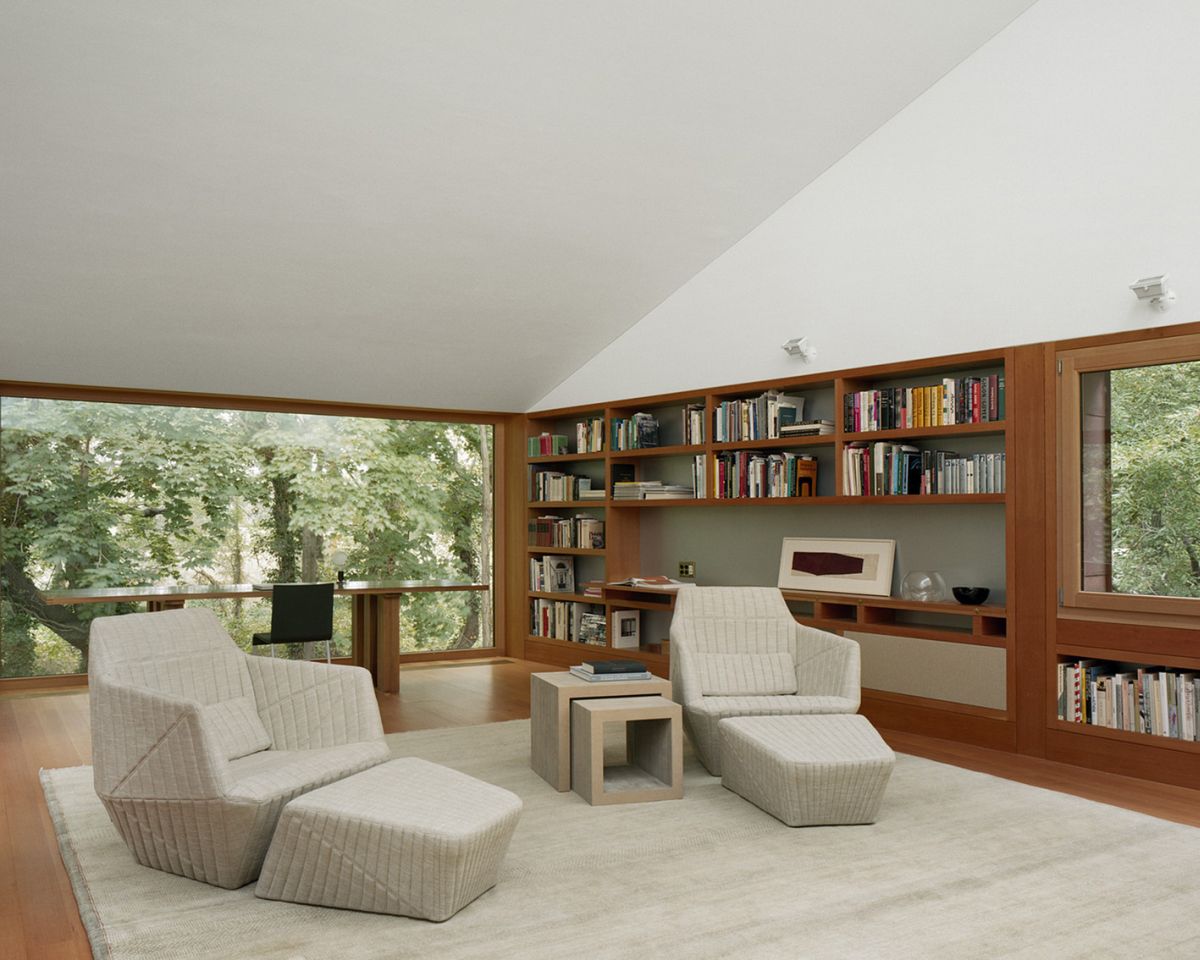 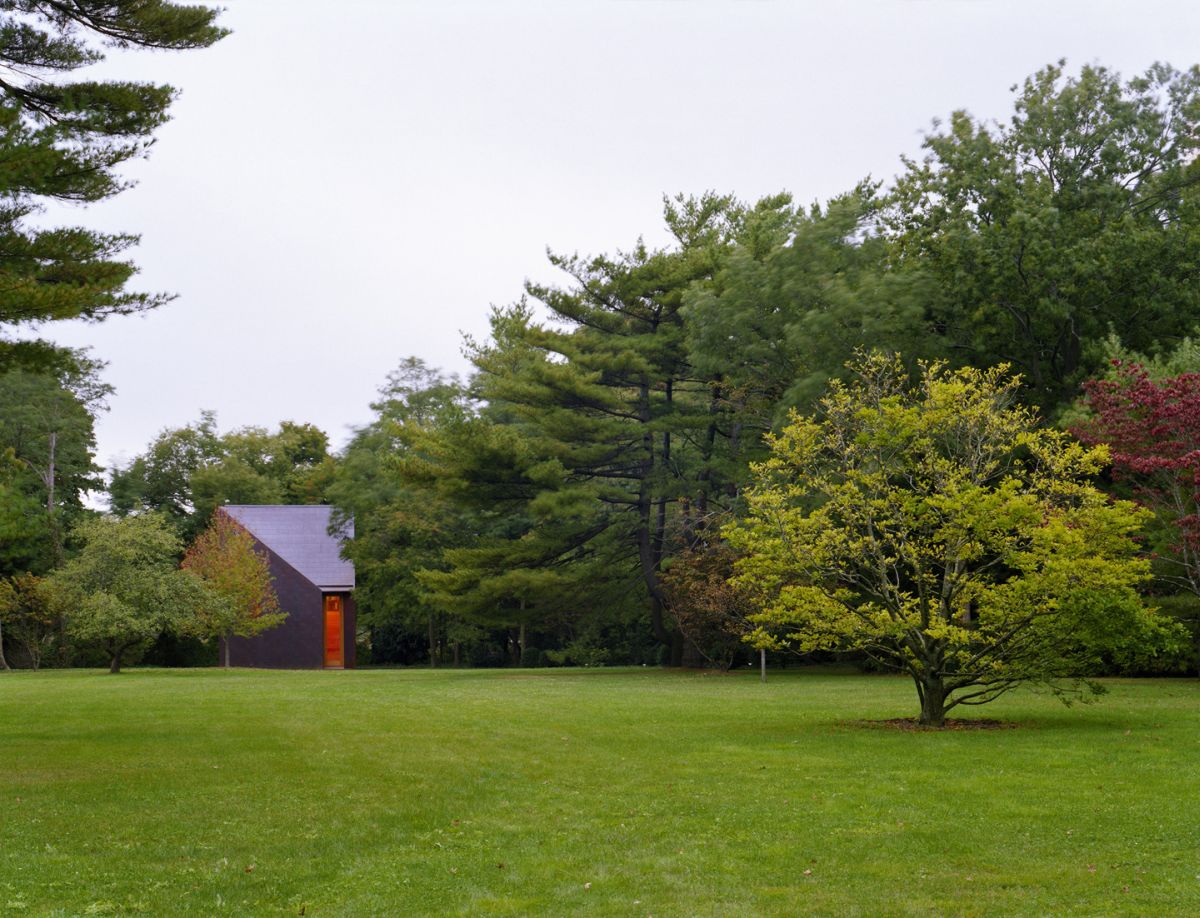 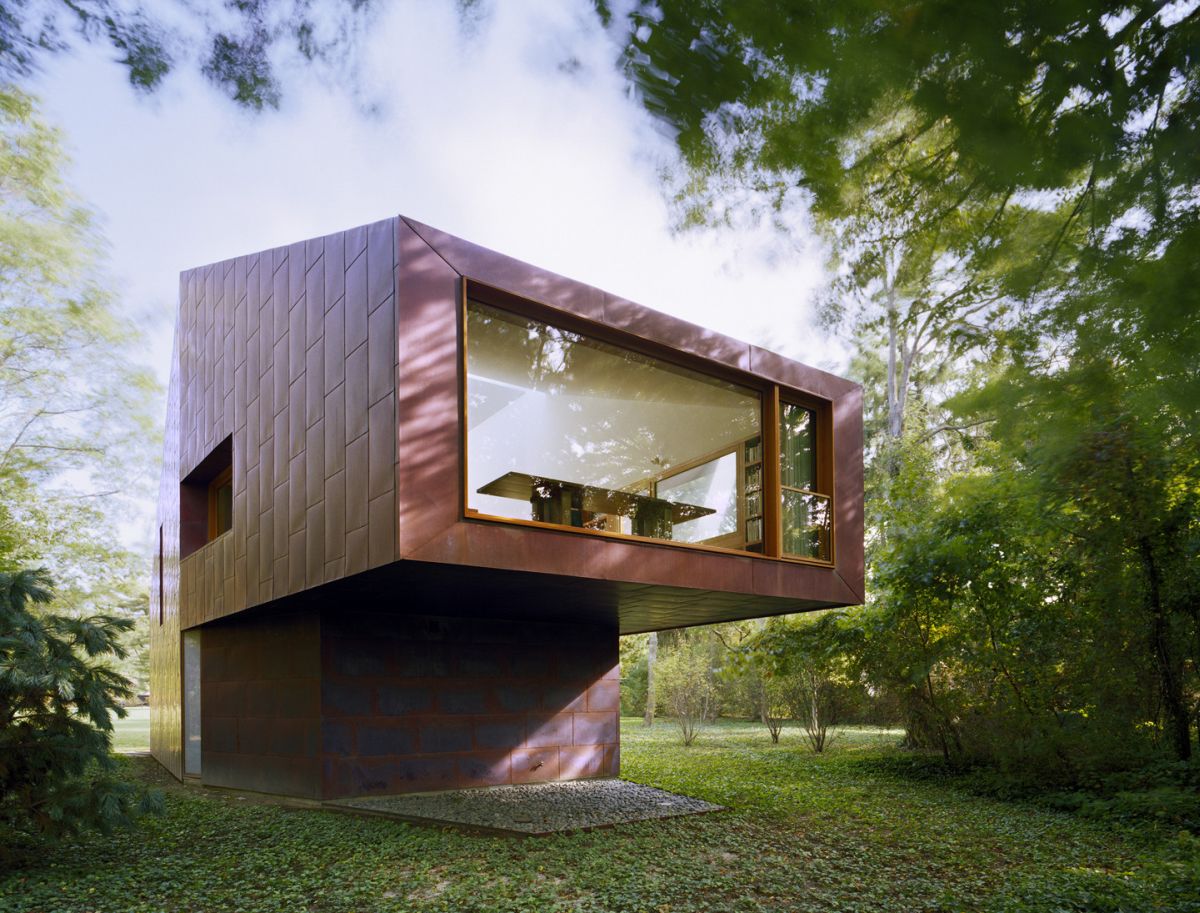 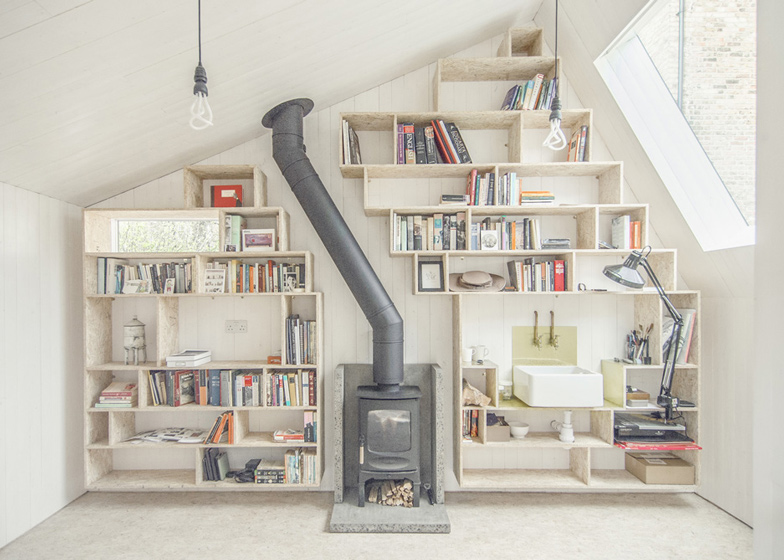 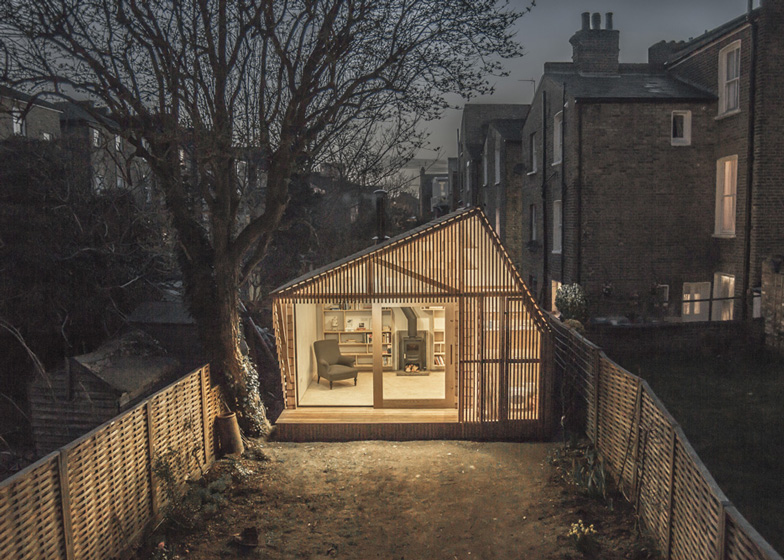 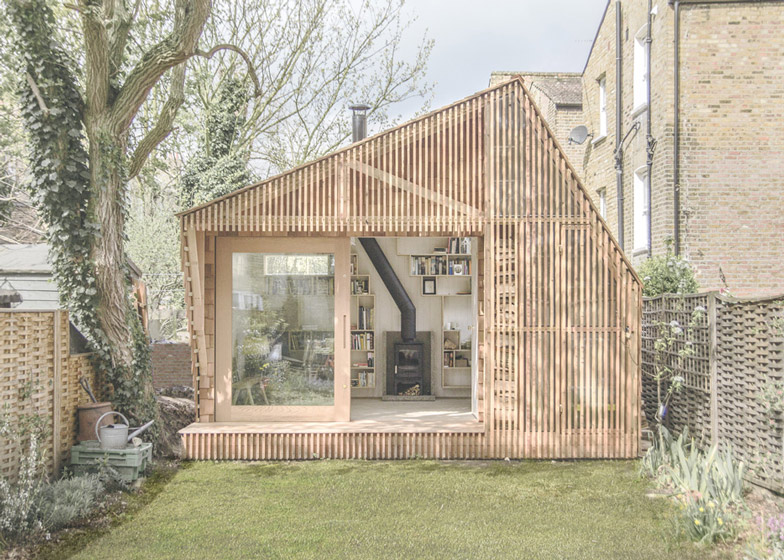 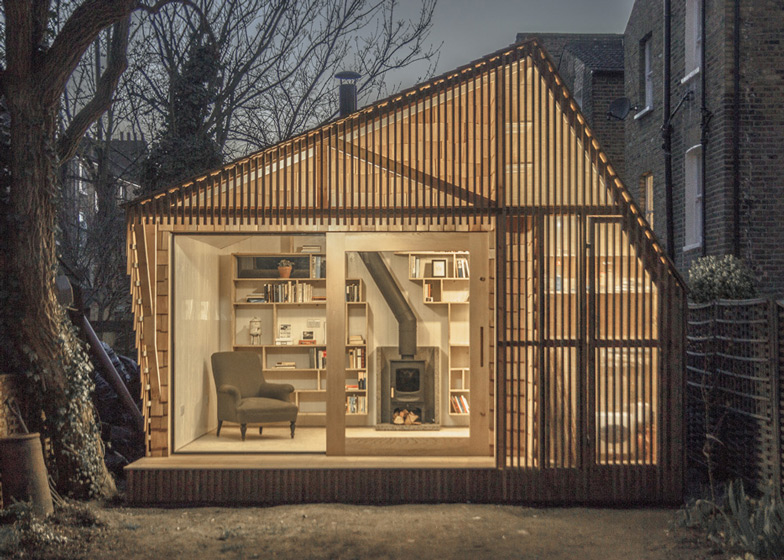 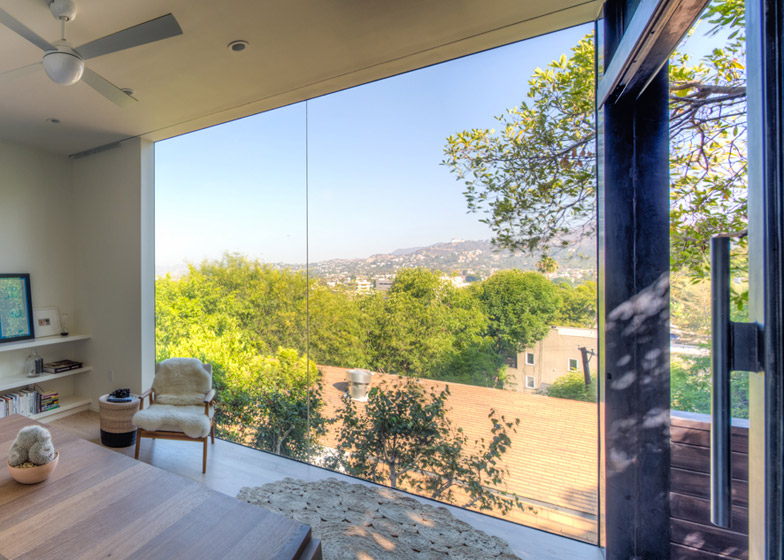 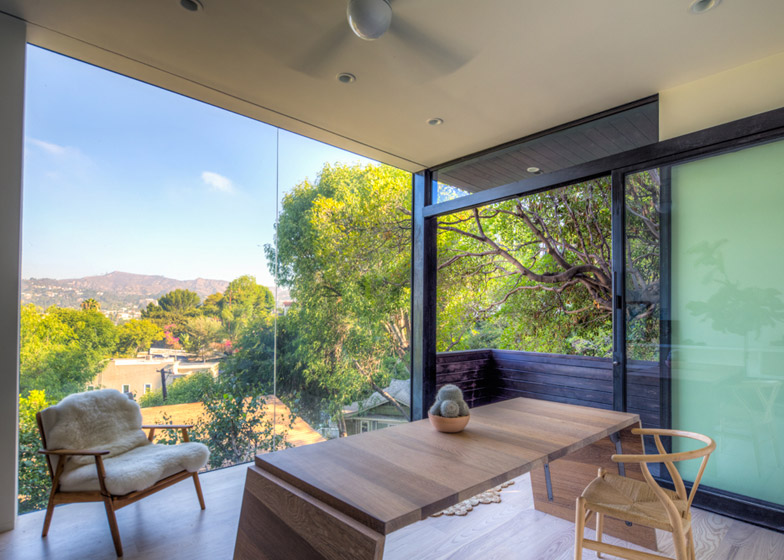 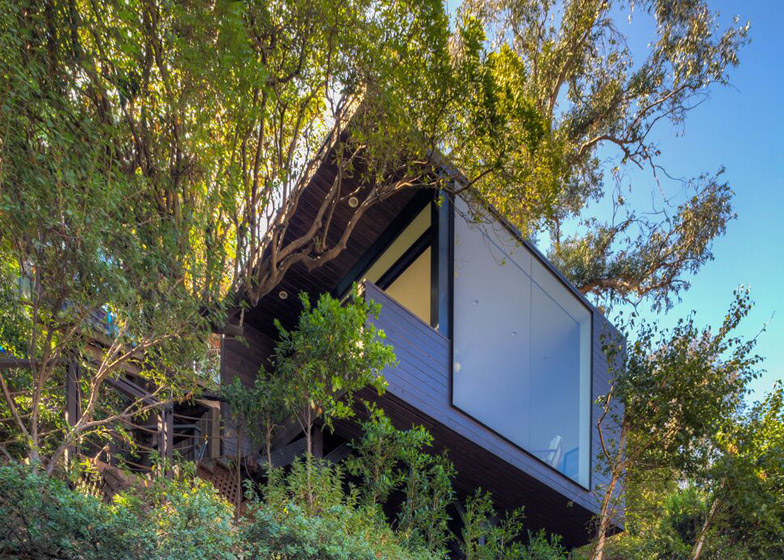 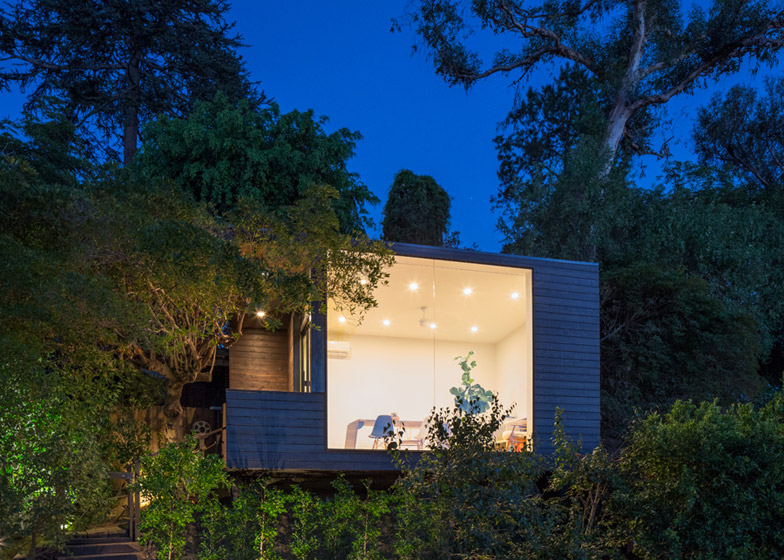 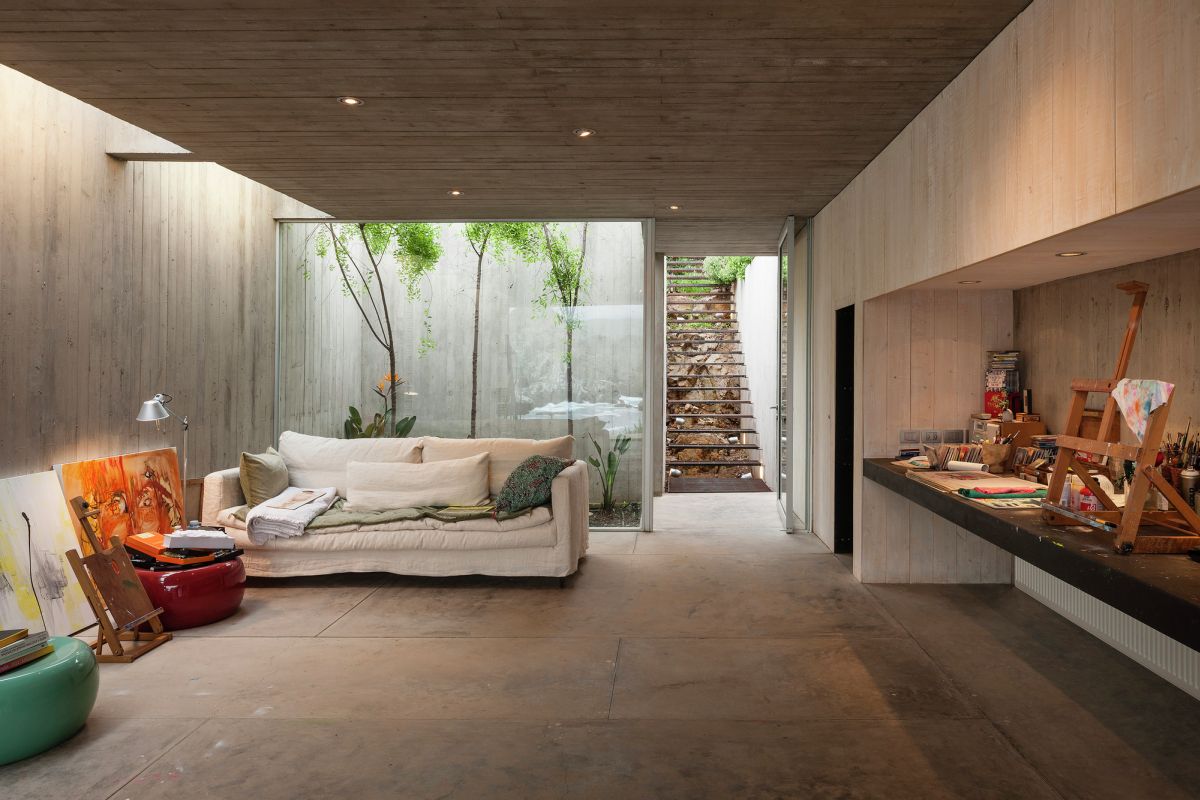 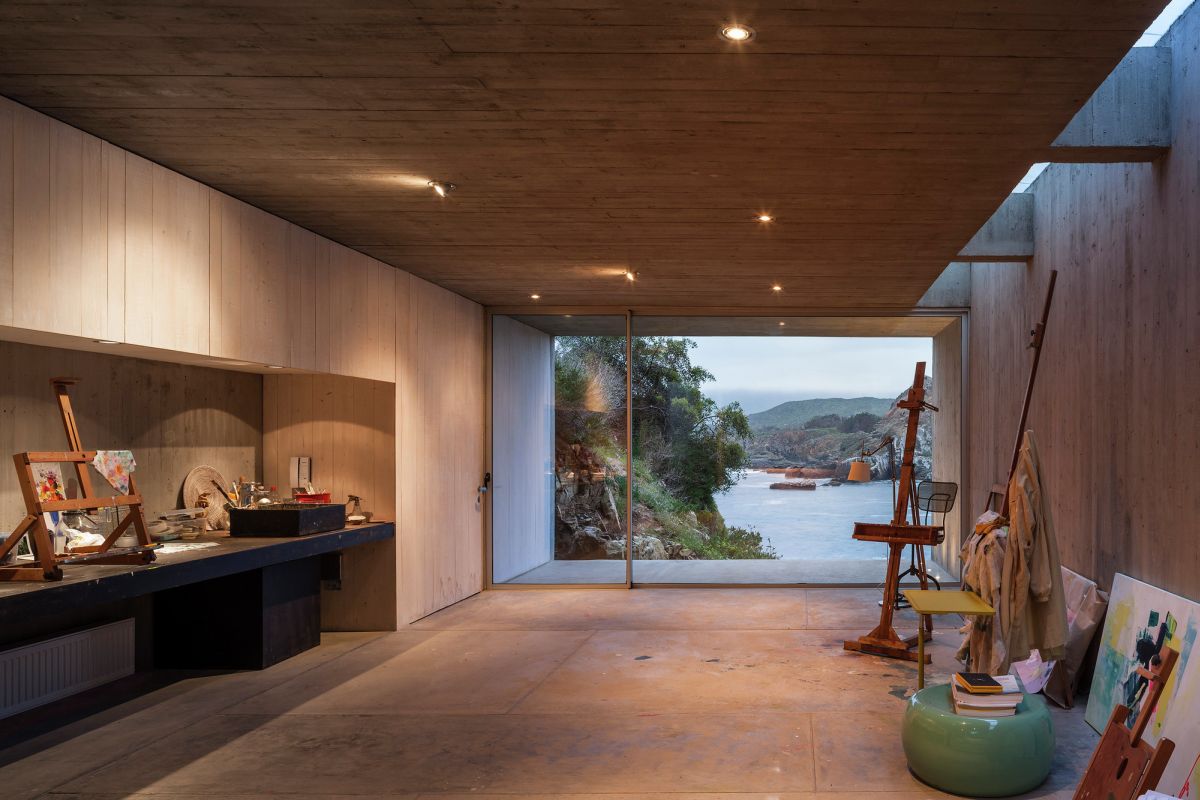 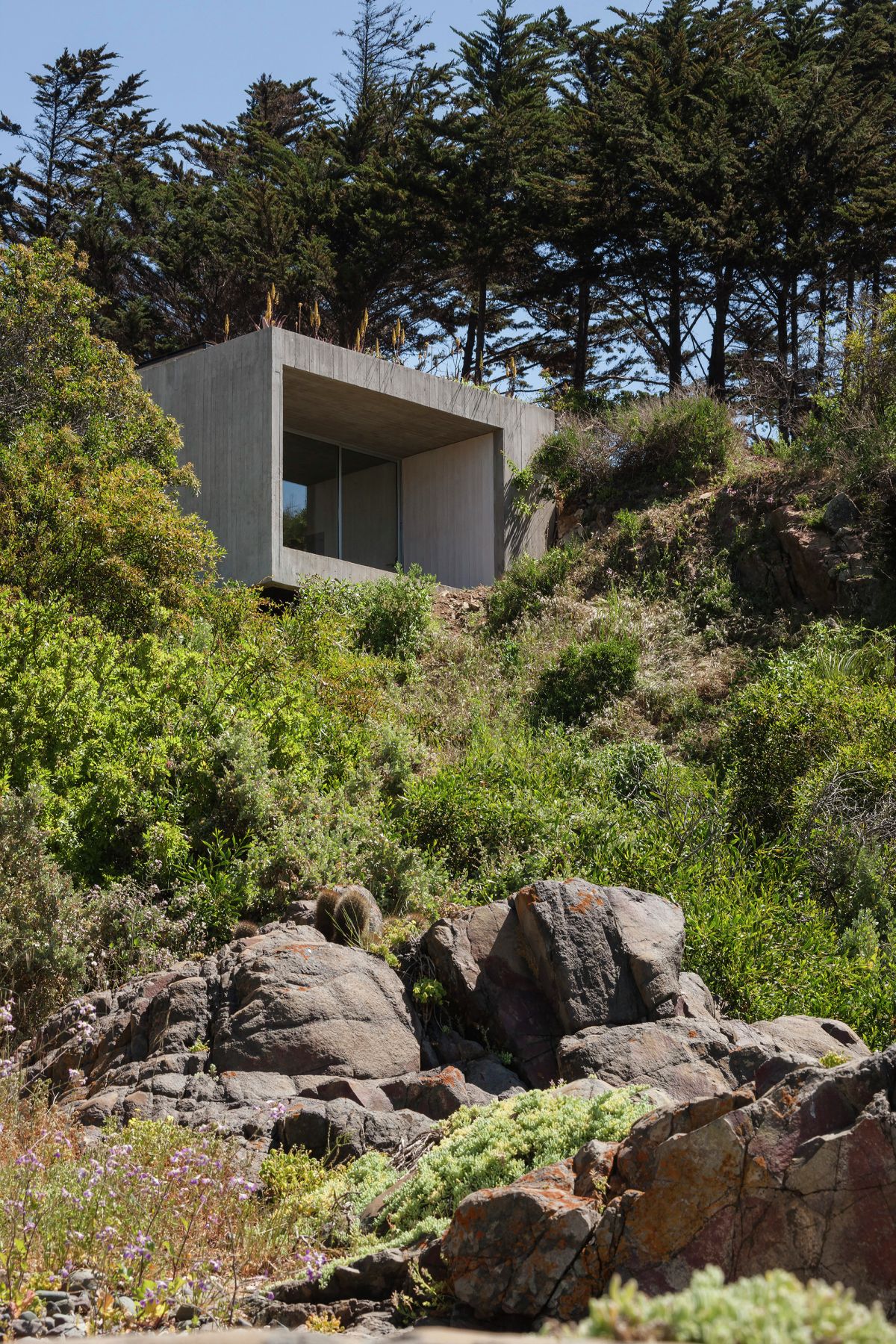 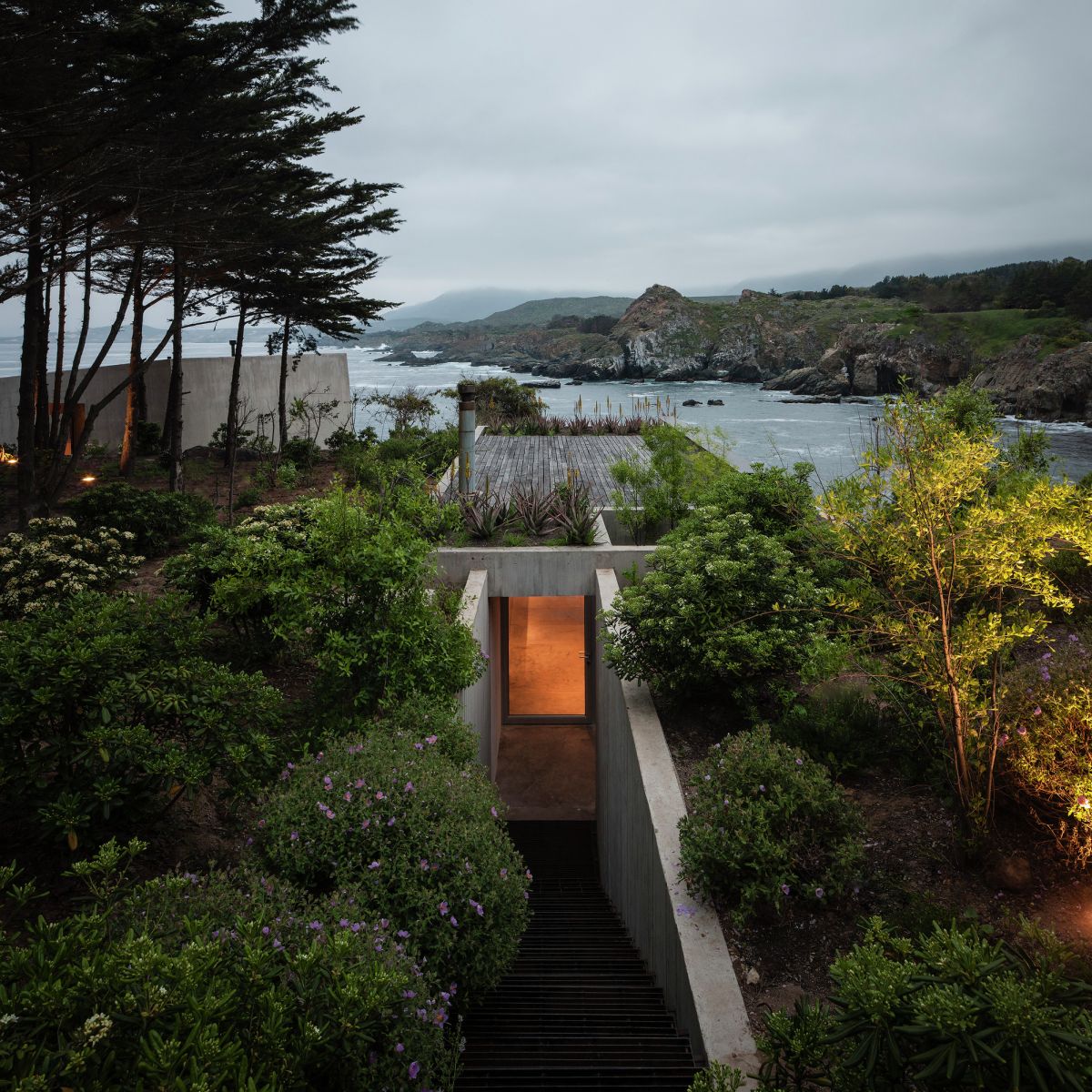 Art is a mysterious thing which not everyone understands. Those that feel drawn to this field of activity have to find their inspiration, their muse and nature is a great and very vast source in this sense. A lot of studios are found in remote locations, surrounded by vegetation and beautiful views. Peace and quiet defines them but that’s not the only interesting characteristic.

A painter’s studio embedded into a cliff

This studio can be found in the Coquimbo Region of Chile, on a site that offers it views of the Pacific Ocean. The oddest thing about the structure is that it has been built into the peak of a hill, next to a residence designed by the same architect: Felipe Assadi.

The structure is built of concrete and its primary use is as a studio. Whenever needed, it can double as a guest house. The studio is hidden from view from the street level. A set of concrete stairs descend into the site and offer access inside.

A full height glass wall opens onto a covered terrace and offers panoramic views of the ocean. The abundance of natural light and the beautiful views allow the interior space to be an ideal place for painting and becoming inspired.

A small writing studio perched on a hill

Although this studio located in Los Angeles only measures 200 sq ft which is around 18 square meters, its location and design are ideal for its function. A floor-to-ceiling window offers views of major landmarks in the city as well as the beautiful nature in the immediate vicinity.

The studio was built behind the client’s residence on a terraced sloped site. A set of stairs climb up the hill and offer access inside. The entrance features a large sliding glass door. The interior has a white-based color palette and has been furnished with neutral colors and simple pieces in order to emphasize the views. The studio was designed by Aaron Neubert Archtiects.

A whimsical cabin with a glowing cedar facade

This writer’s shed was built by Weston, Surman & Dean for an author and illustrator of children’s books. It had to reflect the client’s passion for mythology and children’s literature. The cabin is placed within a beautiful garden in London and has a back-lit facade that opens the interior space to a covered veranda.

The cedar screen fronts used for the facade allow light to shine out at night through the gaps between the narrow slats. As a result, the cabin glows at night and looks whimsical, especially considering the location. Inside, there’s a wood-burning stove framed by custom bookcases that hold the client’s book collection. A large skylight with an asymmetrical shape allows natural light to fill the space.

A writing studio that blends with the trees

In Bellport, New York, there’s a modern writing studio that was designed by Andrew Berman Architect. It was built for a historian and is adjacent to the client’s residence, reachable via a path between the trees. The ground floor offers very little clues related to the interior. The main feature here is a 12 foot tall door. A wooden staircase then leads up to the main space set among the canopies of the trees.

Light comes into the studio from above. The walls are lined with books and the windows are integrated into a set of custom bookcases. The exterior of the studio is wrapped in copper panels which allows the building to change its appearance according to the time of day, light and season. The interior is simple and welcoming, creating the feeling of being enveloped by books and nature.

A writer’s studio lifted above the landscape

This is one of the cases when the site and the location dictated the design of the building constructed on it. The studio built here by JVA is surrounded by dense shrubs and weeds on either side and, as a result, the team decided to adopt a vertical design in order to maximize the views. The studio’s entire north-facing facade is made of glass and this allows it to let in ample natural light and to offer unobstructed views.

The desk is placed in front of the glass wall and, in order to keep the views unobstructed, it was made out of glass as well. The studio is lifted above the surrounding landscape and its shape and architecture are dictated by the site. The interior contains a relaxation space on the mezzanine level which can be reached via a bookcase staircase. The overall décor is dark and features natural colors and materials that contrast with the glass facade.

A multifunctional pod with an odd shape

The Habitable Polyhedron is a project designed by Manuel Villa and its intended purpose was to serve as an independent space where the clients and their young child can enjoy daily activities such as reading and playing. The team chose a geometric design, more exactly a truncated cubic-octahedron.

One of the faces opens to the surroundings and several small windows on the sides offer light and natural ventilation. At the top there’s a circular dome-like skylight. The interior is divided into a drawing area with a desk and a sofa for reading or resting on.

A series of modern studios designed to revive an island

The Fogo Island on the North coast of Newfoundland, Canada used to be focused on fishing but, lately, the economy changed. In 2004, the Shorefast Foundation was established, its role being that of reviving the island and attract visitors. The Fogo Island Arts Corporation was also established and the initial concept was taken to the next level, looking for ways to provide visitors with a place to sleep and a series of amenities.

The project was assigned to Todd Saunders. A series of studios were built, the first one being completed in 2010. It was named Long Studio and it offers amazing views of the North Atlantic Ocean and its icebergs. Another three studios were built by the end of 2011. all of them are named after their shape: Bridge Studio, Squish Studio, respectively Short Studio.