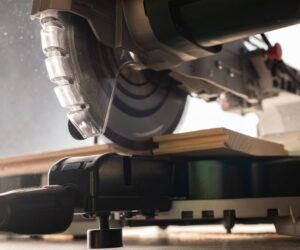 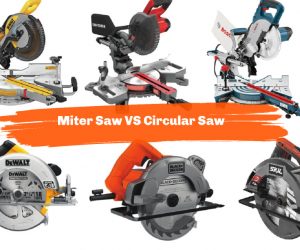 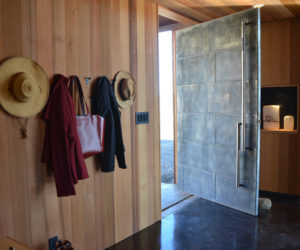 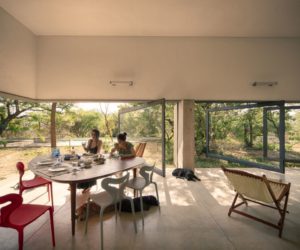 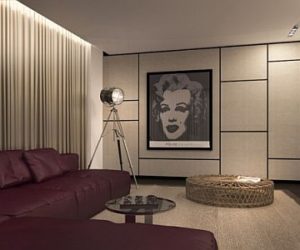 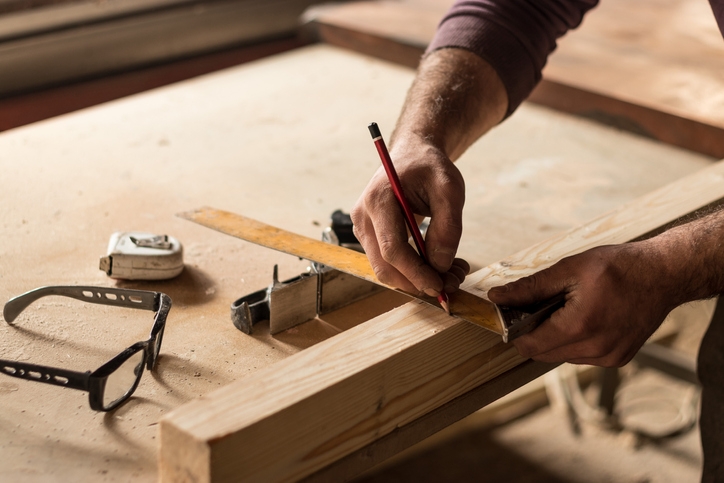 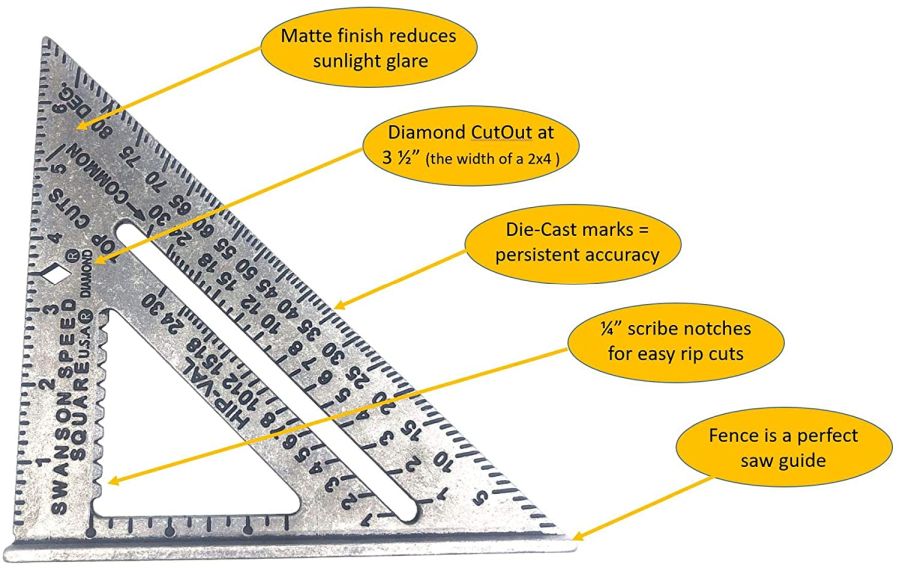 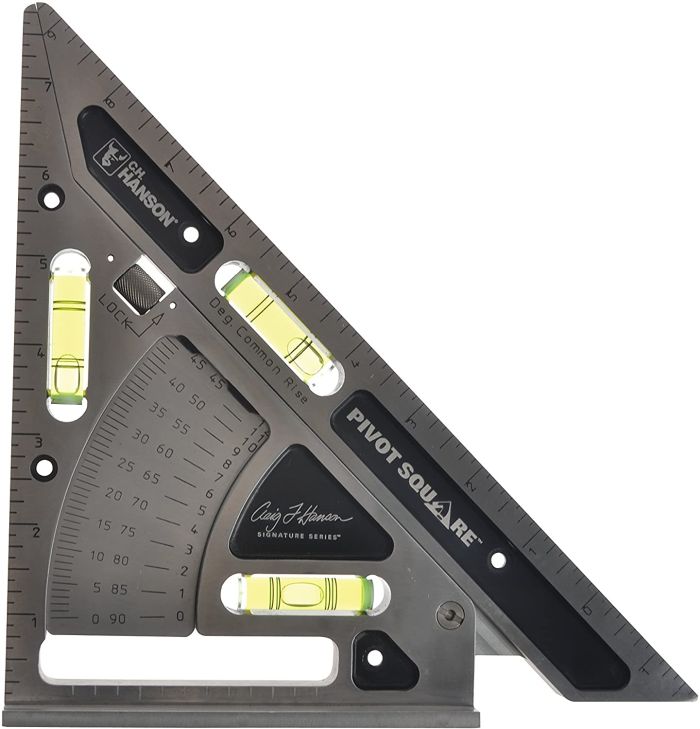 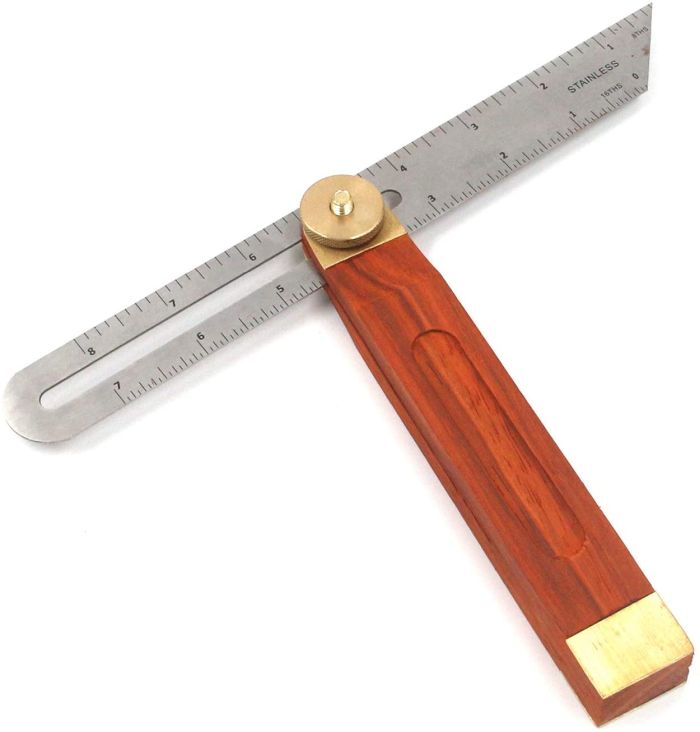 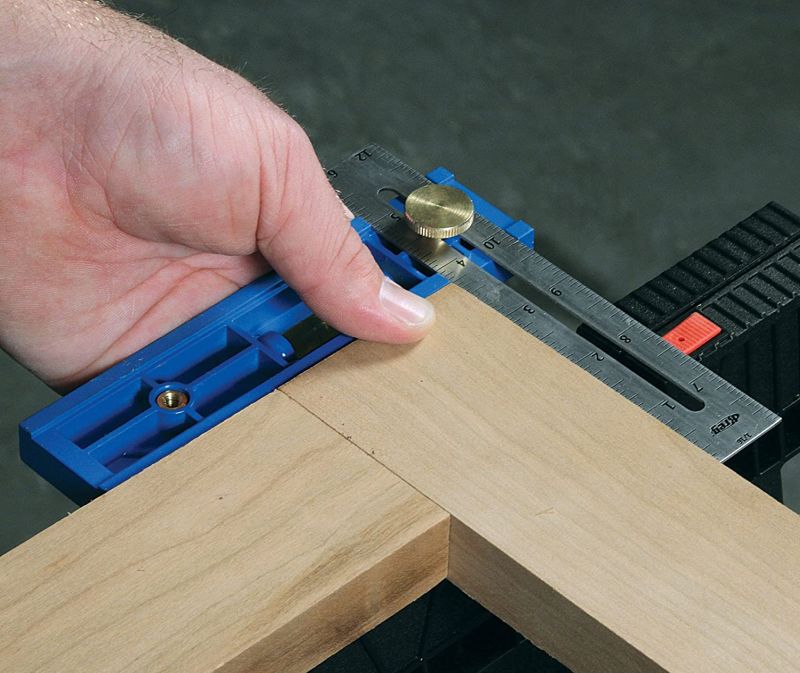 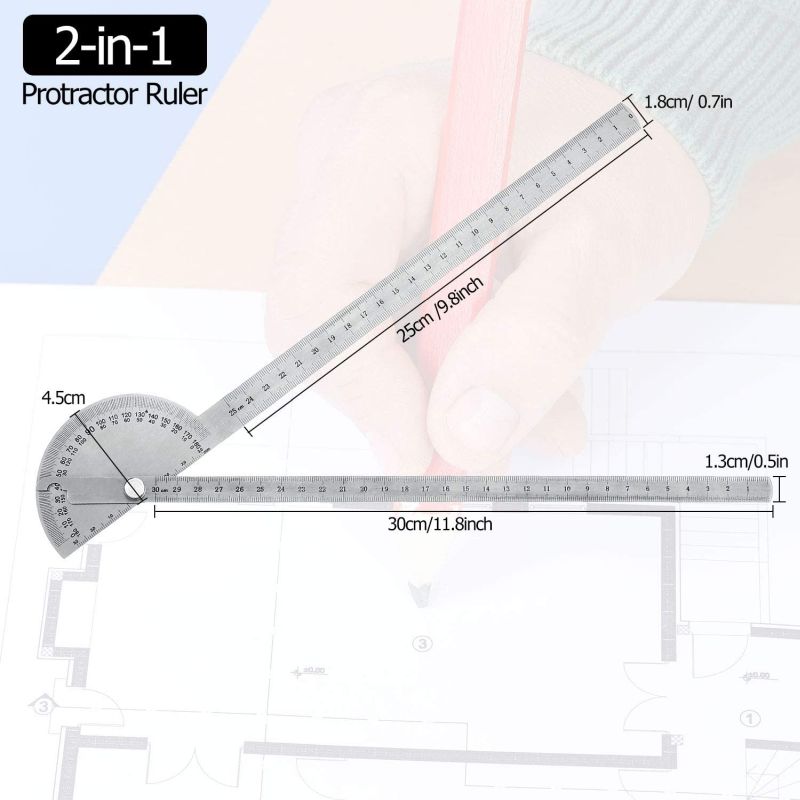 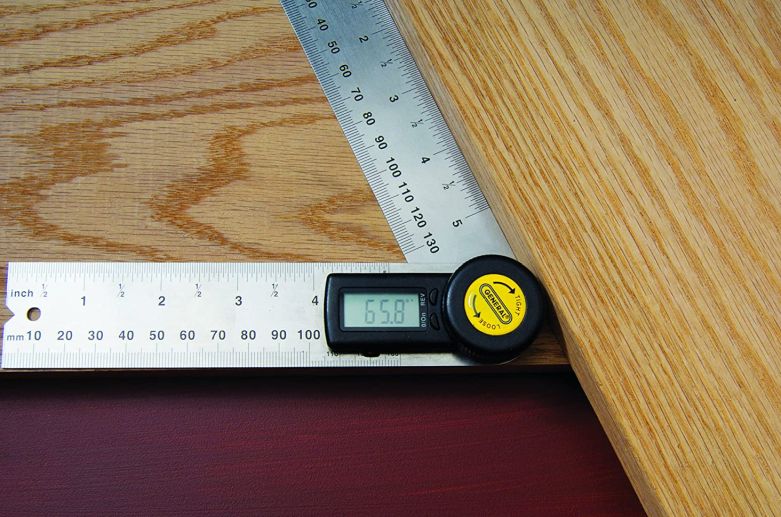 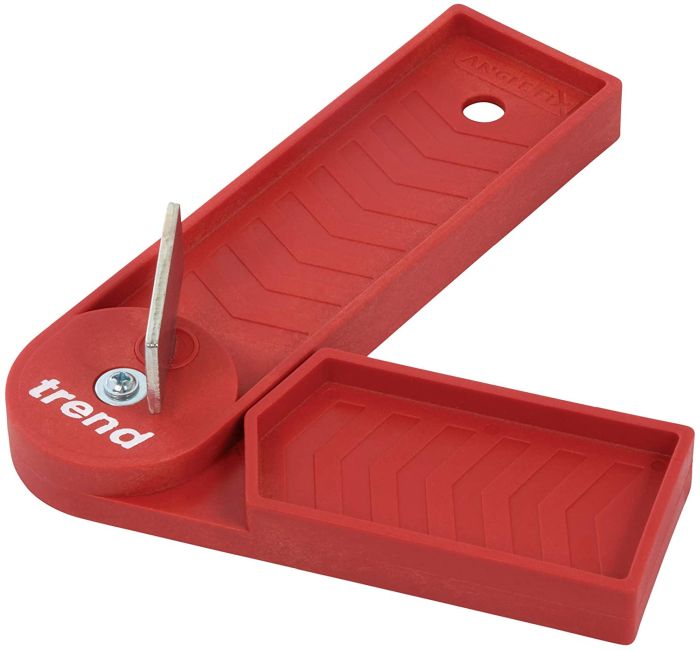 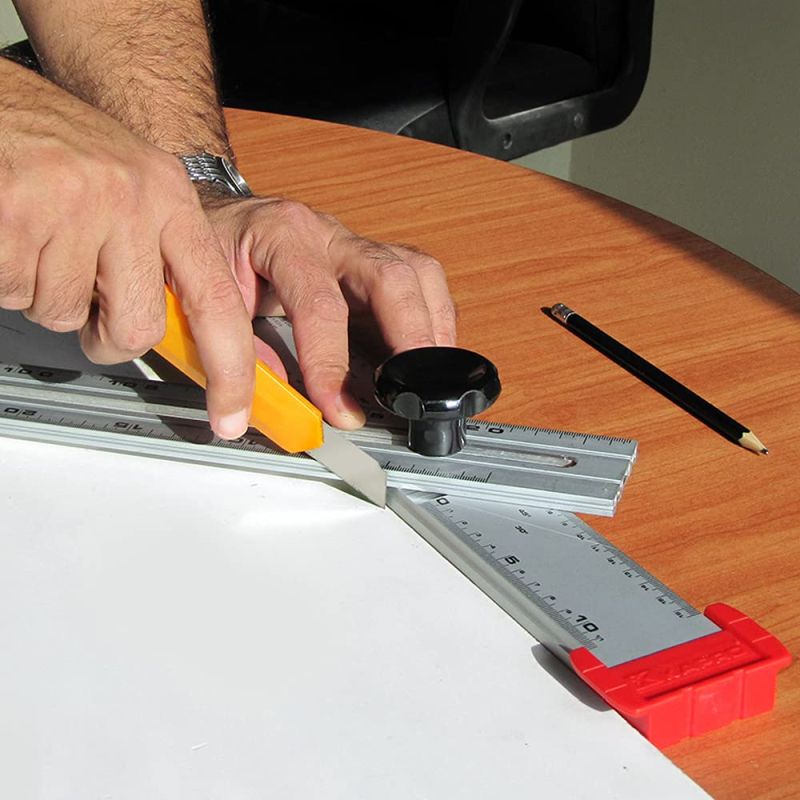 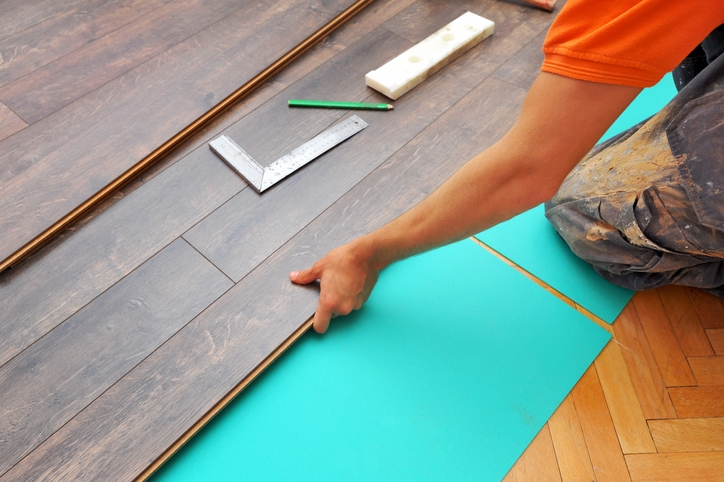 There are many prerequisites to becoming an independent contractor in construction. One of those is to have a basic understanding of angles, why they are important, and how to measure them correctly.

Thankfully, there are many tools to help you with this. This is why the written tests to become a contractor are containing fewer and fewer questions about geometry in general. But still, a basic understanding is necessary.

What Is An Angle In Construction? 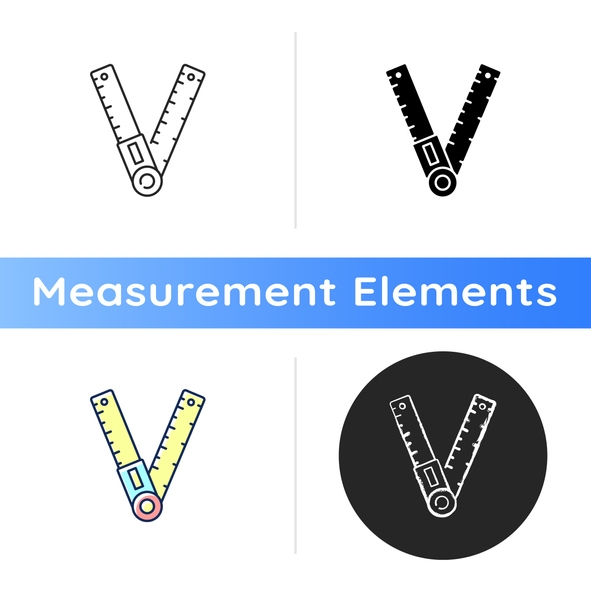 Angles in construction have become one of the main reasons to learn geometry in the first place. Once upon a time though, it was the main reason as if you didn’t have a good understanding of them, then your structures wouldn’t hold up.

Today, you can get by with a basic understanding of angles because there are many different tools that can help you out. So if you understand what angles are then you can work with any one of the tools available for measuring them.

There are multiple types of tools for finding angles. You can find your own angles without “tools” but this requires a lot of work and will most definitely end in mistakes eventually. That’s why having tools for the job is ideal.

Also known as a speed square, this type of angle-measuring tool is simple to use but does require a basic understanding of how angles work. You won’t find a carpenter or contractor that doesn’t have one.

This is by far the cheapest and most compact option as far as squares go. The speed square is also very durable so you will never have to worry about it being tossed around the toolbox or truck. You can’t really hurt it.

A great speed square is the Swanson Speed Square. It is very affordable and works wonders for any job. Most people can keep this one around for decades without much more than a hint of wear and tear.

A pivot square is a normally aluminum square with a locking leg that is fully adjustable. It works from 0 to 90 degrees and locks in place so you can make consistent marks time and time again when working.

The pivot square is one of the most reliable ways to measure angles and is perfect for those who aren’t comfortable using a standard square which requires more work from you. Go with a pivot square if you are a beginner.

The pivot square by CH Hanson is a great option for pivot squares. Not only does it work well for simple jobs but it also has three vials inside that ensure that your projects are level from every angle.

The T-bevel most definitely takes practice to use. You can lock the slider at an angle then use the tool to copy that angle. This doesn’t just work for marking angles on lumber but getting your other tools at the right angle.

What makes it special is that you can use either side of the T-bevel and it will be flush. It is cheaper than the more complex measuring angle tools but it is more expensive than your basic square tools.

Unlike many other bevels, this simple t-bevel actually does have the numbers marked on the slider. This makes it much easier for you to mark the angles without the need for an additional tool for marking.

If you are the type of person that can’t work or create angles without numbers in place and lines to help you set exact angles, then the standard T-bevel isn’t for you. That’s where the T-Bevel setter comes in handy.

For this angle measuring tool, you align the bar on the guide with the T-bevel’s blade and read the angle. The angle tool makes each half-degree, so you can get an exact match while still using the T-bevel.

Although this isn’t a straightforward T-Bevel setter, it is a great tool that can definitely set T-Bevel angles. It is a simple pocket tool that is the equivalent to the Swiss army knife of levels and angle measuring tools.

You probably remember using protractors in school for angles in math. Well, they make them in construction tools too. Though there are many similarities, there are a few differences too that may confuse you.

Most protractors have rotating 180-degree heads that can lock the angle in. This can also be used as a bevel setter of sorts to let you know the exact angle of your T-bevel. So it’s nice to have around too.

The wide variety of bevel protractors can make it difficult to commit to one. Each of them has a different purpose. Some can cost $20 while others will be over $200, so it all depends on what you’re looking for.

A new age is upon us, which is why the digital protractor exists. If you are new to measuring angles, then this might be your best bet because it is practically foolproof. You can use it even if you have no idea what you’re doing.

That’s because the digital screen will let you know the angle within one-tenth of a degree and all you have to do is hold the tool up to the angle. It really is the simplest method for measuring angles in today’s world.

This digital protractor is all-around a good choice. It can work as a standard angle measuring tool but comes with a nice digital monitor. This is different than the often confusing all-digital tools for measuring angles.

All you have to do with a miter guide is press the tool’s legs flush against any corner. The rest is fairly easy to figure out if you’ve ever used a miter saw and made miter cuts before. This makes it way easier.

The best part is that with a miter guide, you can have this helpful tool in your hands for just a few bucks. Unlike other similar tools, you are more likely to pay $10 than $100, which is quite a blessing.

It doesn’t take much for a miter guide to be a good miter guide. Since most of the work is done by the miter saw and this is just a backup tool, it’s okay if you get a cheap one. Not everyone needs a $200 miter guide.

If you want to mark large areas like drywall or plywood then the adjustable t-square is a great tool. It can fold up most of the time to be easily transported but when left out, it is usually around four feet long.

This means you don’t have to make multiple marks to get something straight. You can lay the t-square out and mark on down the line and you can have four feet of a line with only one simple mark of the pencil.

As far as adjustable T-squares go, this one is a solid option that will get the job done.. This one is quite simple yet effective. It’s affordable and all-around a safe option if you’re not sure what your exact needs are.

The layout square works better for wide pieces of lumber than other types of squares. It has a sliding knob and a semicircular arc that help you create angles in difficult-to-mark areas such as large pieces of lumber.

You need to lock it at your angle then press it down into place. The square will stay in place when you are marking hard-to-reach areas that require more pressure. This isn’t a staple but it is a useful tool.

If you aren’t into the digital age but still want a fancy protractor to make the job easier, then you can get the protractor plus, which works well as a simple protractor. Yet it has an interesting table on it.

The table lists compound miter angles on the inside. You will need to read the instructions on how it works and how to use it for your project but all-in-all it’s a very useful tool that is super fun to use.

Finding The Best Angle Tools For You

Don’t let others convince you that your tool isn’t good enough. If you work better with a simple square and someone else always uses a protractor, don’t worry. The point is finding the correct angle in the way that is easiest for your project.

Most people tend to find that keeping multiple tools on hand is best as it offers a variety. Some projects need some tools while others need other tools. So you need to find out what tool set you need for your tool box.