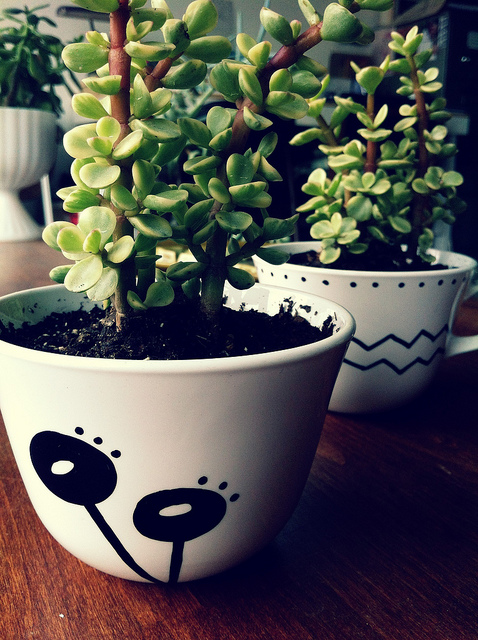 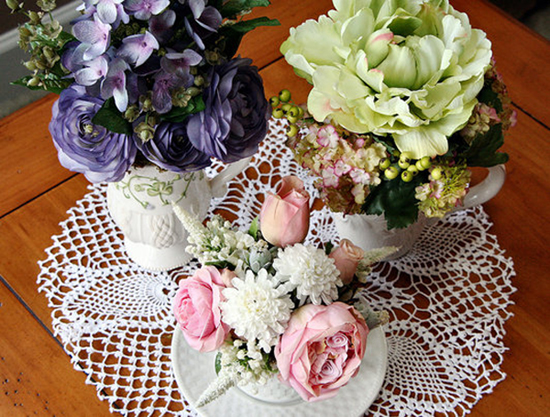 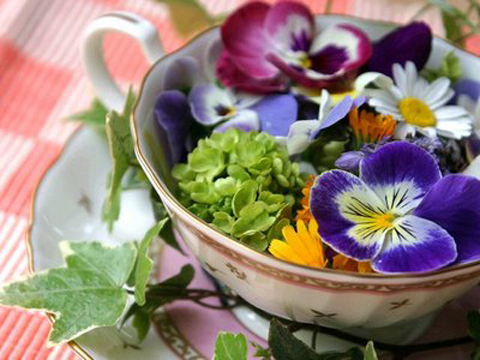 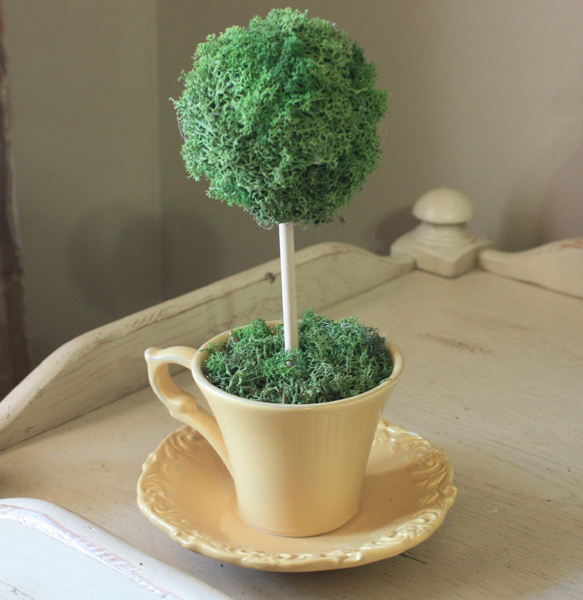 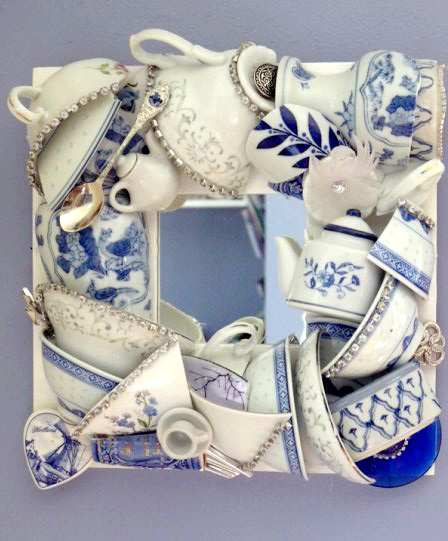 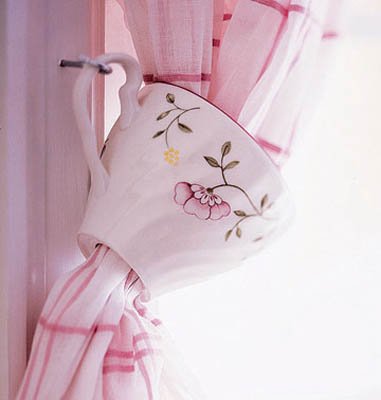 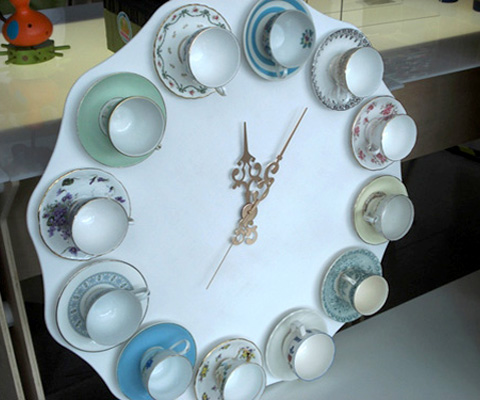 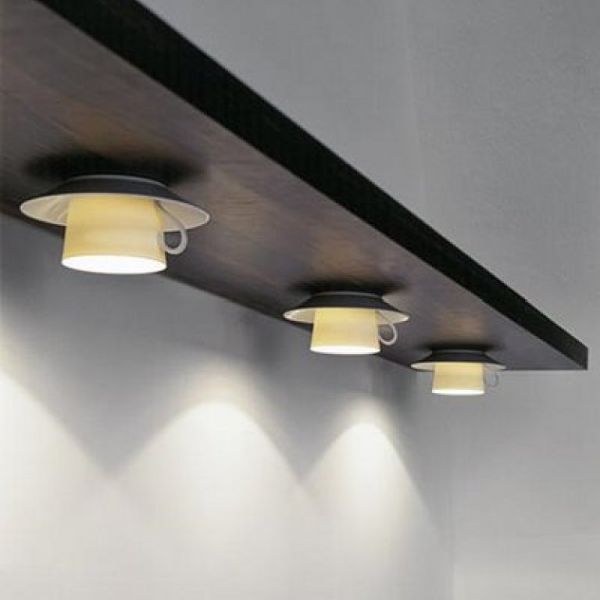 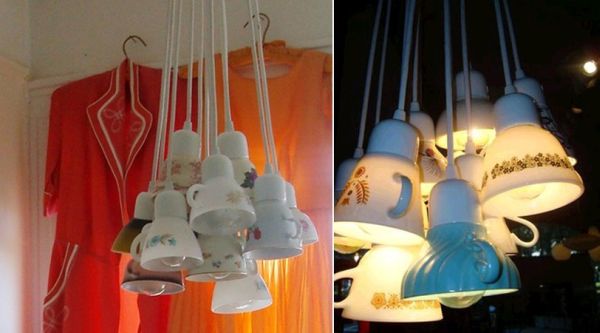 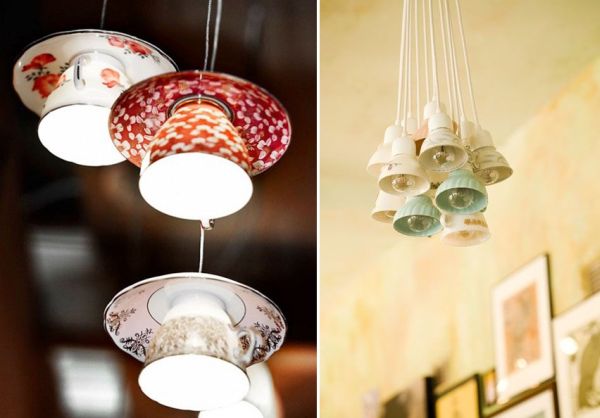 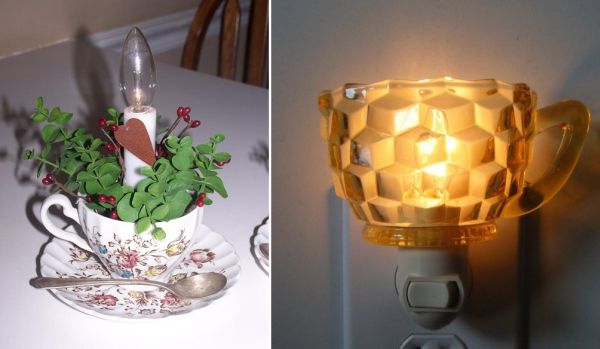 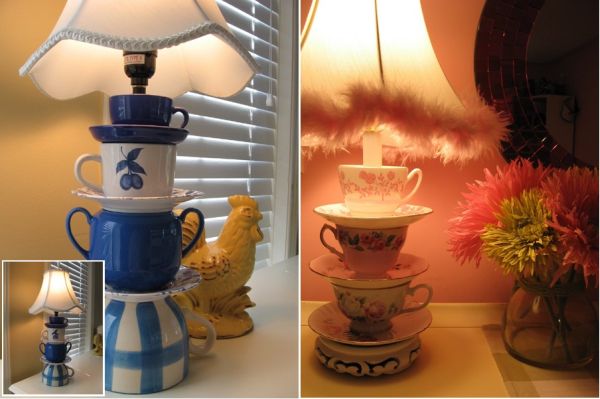 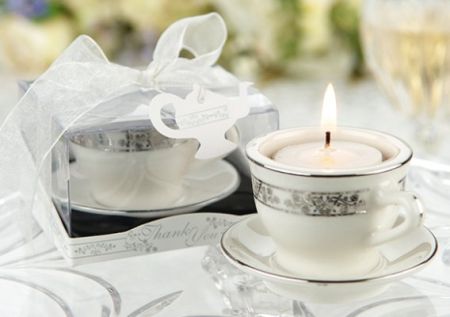 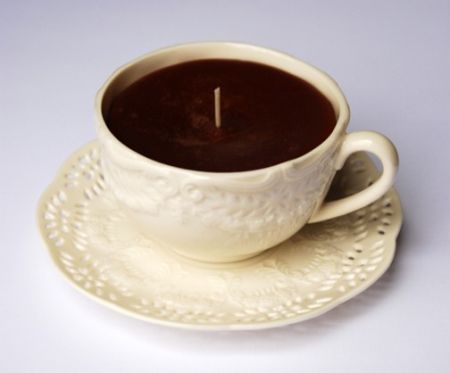 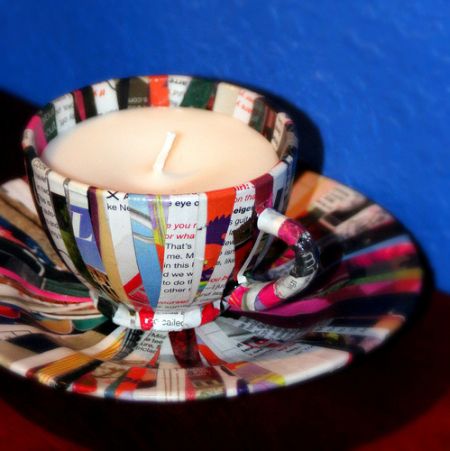 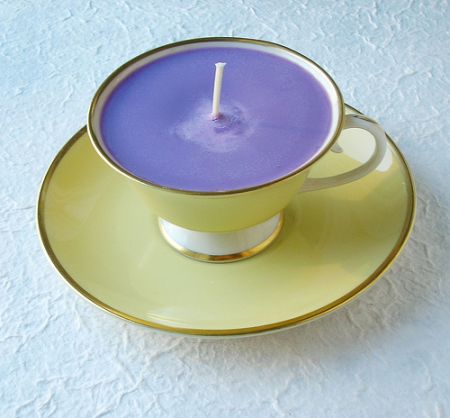 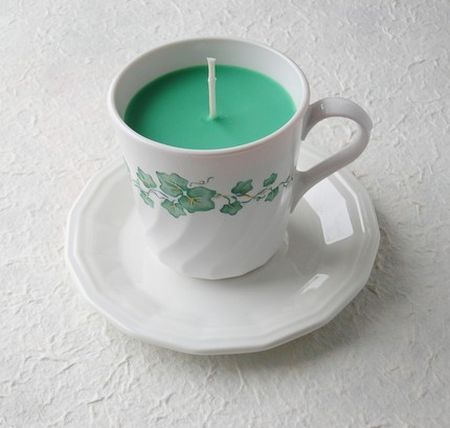 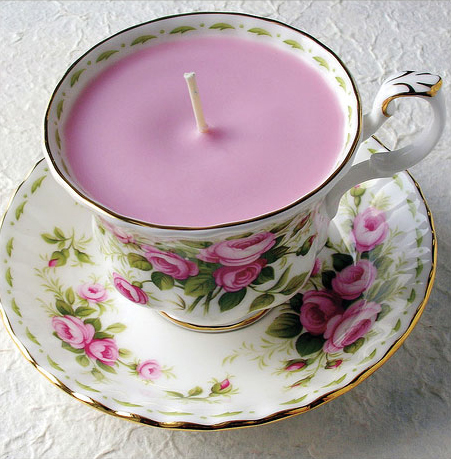 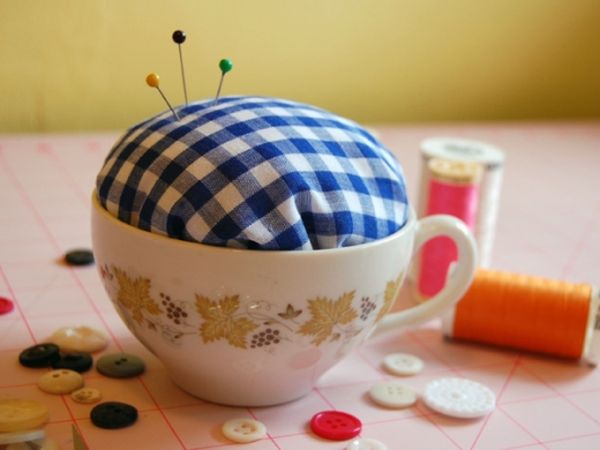 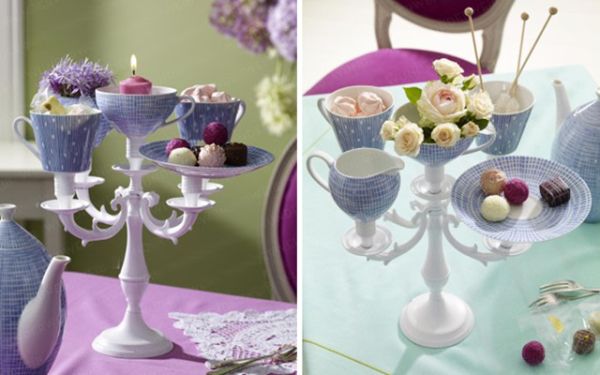 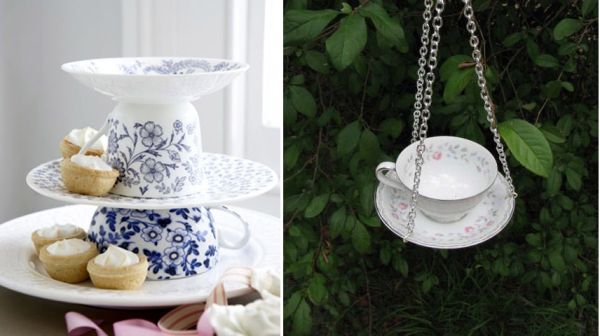 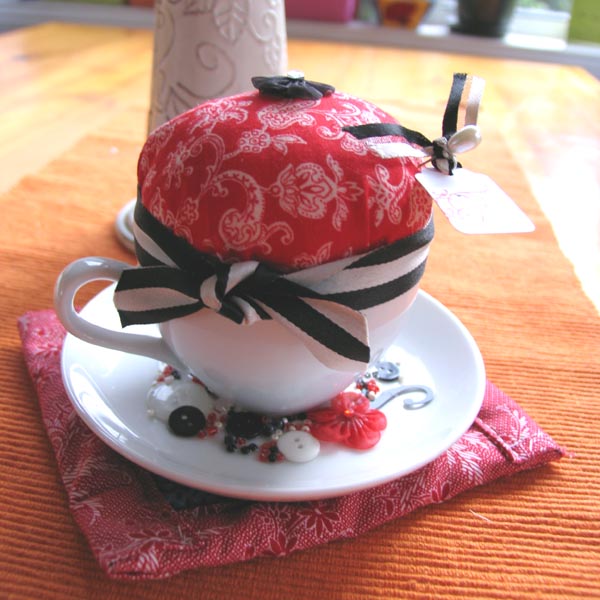 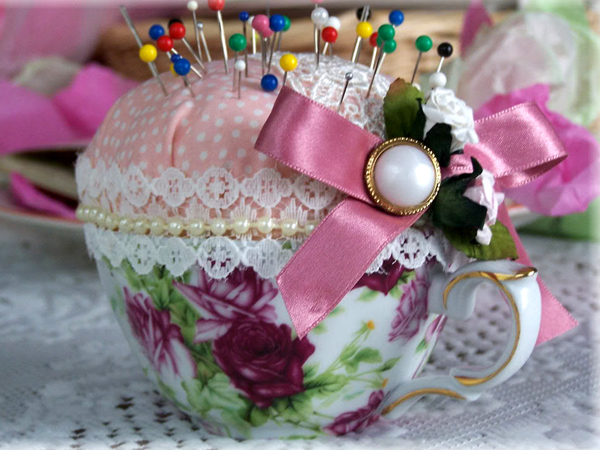 A cup or a glass, usually things that hold liquids are very specific and follow a certain need but not necessarily. We will see in the next few minutes fresh ideas involving cups used for a whole different thing that a tea or a coffee sets was designed for. So let’s watch them together and in the end draw conclusions and see if it was worth it.

Now, I have divided all the ideas in several categories so we can see an overall image over the idea, after all this is what interest us in particular.

You can use regular cups and plates to build a special multi-level place for sweets. This new creations will look great and will remind us of wedding cakes or chocolate fountains found at special events. Cups work great as well combined with a candlestick and the result will be a mini-island with either flowers, sweets  or anything else you can see working with that. Nature lovers have also a reason for joy; Tea cups can be also used to feed birds. With a little imagination new dishes can be made out of cups, the same cups you drink coffee in the morning.

The second category is as least as ingenious as the first one.  I have to mention that for this particular use of the cup you need a lot of imagination but despite that I have seen something similar when I was a kid at my grandmother’s house. She used to have near her sewing machine two large cups: one for needles and one for shirt buttons and zippers.

When I first saw these pictures with my mind automatically took me at my childhood days when I used to swallow small, but only white buttons from my grandmother’s cup. So here’s a new idea; using cups as a needle bed.  You will need something like a little cushion to put inside the cup and then stick needles in it. In that way you make sure that you won’t lose your needle and you won’t get sting.

This idea is new in this particularly form, because candles in a glass jar are available since ever. This is destined to those who love a DIY challenge and love to do something unique on their own. There are though a few things you should pay attention to. The color of the wax you put in has to be in a perfect harmony with the colors and design of the cups.

You should look inside your knowledge bag from elementary school and remember something about complementary colors or what goes with what. These unique decorative cups\candles can be used in any interior that needs a soft touch and a romantic ambiance. The candles could perfectly work with your surroundings and the place you put it, or it can serve as a spectacular contrast with the décor. I personally prefer the first one.

Getting light out of cups seems a little bit unusual and really challenging.  If you still want to do it and because it’s pretty hard I am referring directly to those DIY enthusiasts who never give up creating highly complicate projects you should know that only porcelain and glass is suited for this type of project because only those particular materials reflect or refract light.

Also this project involves knowledge about electricity so be carefully when attaching the wires to light fittings, plugs and switches. As you can see in these pictures there are some quite good examples of “lamps made out of cups”. It doesn’t really matter how you do it or how many elements you use. The only things that matters is to look good and of course to be functional. What use should have a lamp if it doesn’t light properly?

4.Ingenious ideas to use tea cups.

Wow this is really unique! I have never seen a clock made of cups. I could imagine one working perfectly in my kitchen. We all know exactly what time it is even if we look at a clock that doesn’t have numbers written on it, so mounting cups instead of numbers shouldn’t be a problem. I like very much this original clock for two reasons. One is simplicity, I like how clean this ensemble looks despite all that heavy load of cups and plates.

The other thing I like about this clock is that each hour has a distinct cup that doesn’t look nothing like the other ones. I can see this clock working perfectly in various types of environments and interior designs. It is true that it has its limitations, but imagine this same clock in a traditional kitchen with nice natural hard wood and granite countertop and in a modern kitchen with white shiny cabinetry and walls. I said kitchen because I personally would put it in the kitchen but your taste might be different than mine.

Cups used  as a planter to be honest I already saw, but there are some of you who probably didn’t think this is possible; well it is and the cups are doing a very great job as pots for plants. They also have their limitations; you will have to use only small plants so the volume of the cup could have enough room for dirt and the plant’s roots as well.

If you don’t have small plants you can always use the cups as vases. I don’t remember where but I saw a on a table a big bowl half-filled with water and in it roses. They had their stems cut very short and they were floating in that bowl. A very similar thing can be achieved with cups, the only thing though, is that the number of roses or any other flowers you want to fit in the cup is going to be small; one or two flowers will fit, depending of the cup’s size. It looks cool and it’s simple. Give it a try for yourself!

So, what do you think? It was worth it? I think so, because I have shown you sparks of creativity transposed into objects that can be used in our everyday life.{last picuture from sewtrashy and rest from design-remont}.