The modern kitchen has moved away from its purely functional role to become more of a social area, a hub where people interact, spend time together and enjoy each other’s company. That makes a lot of sense in the case of home with open floor plans where the kitchen is seamlessly connected to the dining room and the living area but it can also be true for kitchens that are their own separate spaces. There’s one feature which perfectly suits such a space: a kitchen nook.

A kitchen nook has the ability to transform the space around it and to make it look and feel more welcoming, more comfortable and more like a social area than just a purely functional space. This one is extra cozy because it has bay windows and doesn’t really interfere with the main floor plan but rather extends beyond, sort of like a little balcony. This is part of a summer home designed by Wade Weissmann Architecture in collaboration with Robert Alt Design.

A kitchen nook can be set up in a corner. It most often consists of a table which can accommodate around 4 people and comfortable seats, often in the form of a little bench or booth and one or two chairs on the opposite side of it. A round table like the one featured here is a really great choice. Check out the rest of this place on architecturaldigest.

A window is the perfect backdrop for a kitchen nook. It lets in natural sunlight and if it also frames a beautiful view that’s even better. A fairly tall ceiling makes this particular kitchen nook even more amazing, giving it an airy and fresh vibe. Check out studio-mcgee for more details about this lovely project.

Of course, the little corner kitchen nook doesn’t always suit the layout of the space so it’s important to look at the big picture and to take into consideration how the nook interacts with the rest of the room and what its role is meant to be. This open and linear approach featured here by Mustard Architects is a perfect choice for this particular kitchen so maybe it would suit yours too.

Architect Jesse Bennett and interior designer Anne-Marie Campagnolo worked together to create a tropical home for themselves which connects with nature in a seamless and beautiful manner. The house has vast open spaces with huge windows and modern-industrial decors. All of these characteristics also apply to this chic little kitchen nook which sits in a corner but is framed by windows and open space rather than furniture.

A kitchen nook can also look like a booth, with built-in benches that face each other and a table in between. You can also squeeze in some storage shelves up on a wall, just to make the most of every bit of space. Check out this design done by Thielsen Architects as an example of maximized functionality in a limited amount of space and let it inspire you.

A typical kitchen nook is small and can sit two, maybe four people. However, if there’s enough space the nook can get larger. The perfect example in this case would be a design created by architect Greg Lynn for a contemporary and very quirky house which they built in Los Angeles.

Built-in sitting really is very practical and space-efficient, especially when you can make it multifunctional. in this house renovated by Altius Architecture the kitchen counter extends into the frame of an L-shaped sitting nook with storage shelves and compartments built into it. The transition is seamless and gives the whole kitchen a very clean and organized look.

A kitchen nook can also look a lot like a regular dining area but in a more casual setting. To save space you can have a bench placed on one side of the table and chairs all around the other sides. The large windows are a great plus in this case. This is a house designed by studio OMA and A+SL Studios.

We love how clean and elegant this kitchen nook looks and the symmetrical design is definitely a nice touch as well. The warm wood looks great in combination with the white seats, the concrete floor, black walls and those large windows letting in all the green beauty from outside. This is just a part of the wonderful residence designed by Marmol Radziner.

A nice view is not required but it definitely makes a kitchen nook a lot more amazing, especially when it’s framed by huge windows and flooded with natural light. We find this particular design created by architect William Hefner to be the perfect example in this case because it maximizes all the best features of a kitchen nook in a truly spectacular and pleasant way.

You’d think there’s rarely enough space in an apartment for a kitchen nook but that’s actually rarely the case. You can quite easily integrate this feature in an open plan kitchen where it can be a sort of transitional space between the actual cooking area and the living space or where it can add a cozy touch to the kitchen itself. This right here is a very cool design created by Lookofsky Architecture.

You don’t need a lot of space to set up a kitchen nook but you do need a layout which lets you do it. Usually any corner would do. A built-in L-shaped bench and a small table already make the space look like a cozy nook. Add a pendant lamp, some artwork on the walls an a few other little details and you can truly enjoy this space. Check out scenetherapy for more ideas.

As you’ve seen, benches can be quite practical in the kitchen because they make good use of the corner area. Take advantage of that if you have a small kitchen or if you simply prefer a clean and minimalist look for your kitchen nook. You can find some inspiration on sfgirlbybay in this sense. 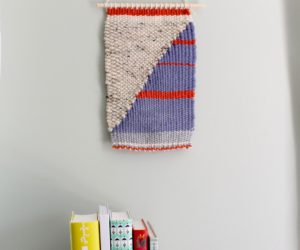 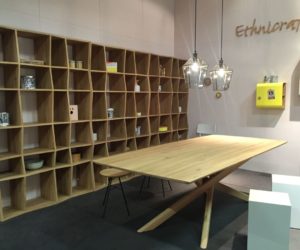 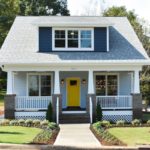 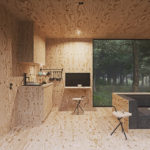