If there’s anything famous architects tried to teach us over the years is to never underestimate the power of design. Iconic names such as Frank Gehry, Zaha Hadid or Antoni Gaudi became famous for their intuitive thinking, out-of-the-box approach and stunning projects but the legacies they entrust us with is far greater than that. It’s perhaps their words of wisdom that inspire us the most.

I don’t know why people hire architects and then tell them what to do.

Born on the 28th of February 1929, Canadian architect Frank Gehry has become world famous for the numerous buildings that he designed and that became tourist attractions. The list of projects also includes the architect’s private residence along with others such as the Walt Disney Concert Hall, the Guggenheim Museum or the Dancing House.

A doctor can bury his mistakes but an architect can only advise his clients to plant vines.

Born on June 8th 1867, he died in 1959 at the age of 91 and during this period he became an architect, interior designer, writer and educator. Frank Lloyd Wright designed more than 1,000 buildings and his philosophy was that there should be harmony between humans and their natural environment, a concept he called organic architecture. One of his most iconic works was a project called Fallingwater, a house he designed in 1935 and which was partly built over a waterfall.

Spanish Catalan architect Antoni Gaugi lived between 1852 and 1926, period during which he became known as a practitioner of Catalan Modernism. His distinctive style can best be observed in the case of famous works such as the Sagrada Familia, a large Roman Catholic Church located in Barcelona which, although incomplete, became a UNESCO World Heritage Site. Another important project was Casa Mila, the last civil work of the architect, which is a modernist building with a bold undulating facade that made it highly controversial at the time.

Architecture is the art of how to waste space.

Known for his postmodern work, Philip Johnson was an American architect that lived between 1906 and 2005. He founded the Department of Architecture and Design at the Museum of Modern Art in New York. The architect became famous for designing buildings that were entirely clad in glass. One example is the Crystal Cathedral, a church located in Orange County, California which is the largest glass building in the world and houses one of the largest musical instruments in the world, the Hazel Wright Memorial organ.

Architecture is a very dangerous job. If a writer makes a bad book, eh, people don’t read it. But if you make bad architecture, you impose ugliness on a place for a hundred years.

Born in September 1937, the Italian architect first became known for his collaborations with other architects and slowly made his name famous for his own style and projects. Some of his most recent projects include The Shard, a 87-storey skyscraper in London, currently the tallest building in the UE. He also designed the New York Times building which sits in Manhattan and is promoted as a green structure due its numerous sustainable features and energy-efficiency.

I see my buildings as pieces of cities, and in my designs I try to make them into responsible and contributing citizens.

Famous for designing some of the world’s tallest buildings, Cesar Pelli is an Argentine American architect born on October 12, 1926. He designed the Petronas Towers, the iconic twin skyscrapers in Malaysia which were the tallest buildings in the world from 1998 till 2004. they feature a diamond-faceted facade and they each have a pinnacle standing 73.5 meters on top.

She is an Iraqi British architect born in 1950, famous for her neofuturistic designs that evoke the chaos of modern life. The buildings she designed are characterized by curving forms, elongated structures and multiple perspective points. A defining project is the Heydar Aliyev Center in Azerbaijan, a building which plays an important role in the redevelopment of the city it’s in. Its fluid form merges with the landscape and the two form a harmonious duo.

I believe that architecture is a pragmatic art. To become art it must be built on a foundation of necessity.

Often called the master of modern architecture, I. M. Pei is a Chinese-born American architect born in 1917. He established his own design firm in 1955 and retired in 1990 but continues to work as a consultant. He’s famous for designing the Louvre Pyramid which serves as the main entrance to the museum. He also designed other famous structures such as the John F. Kennedy Presidential Library and Museum in Boston. The building serves as the official repository for original papers and correspondence of the Kennedy Administration.

A building has at least two lives – the one imagined by its maker and the life it lives afterward – and they are never the same.

Born in November 1944, Rem Koolhaas is a Dutch architect, urbanist and professor at Harvard University famous for a number of futuristic designs such as Casa da Musica in Portugal that became an icon as soon as it was completed or the Seattle Central Library, an 11 story glass and steel building conceived as a celebration of books, despite the arrival of the digital age.

Architecture is not based on concrete and steel and the elements of the soil. It’s based on wonder.

He is a Polish-American architect, artist and professor born in 1946 known for designing a series of museums all over the world but also for his futuristic and revolutionary residences, such as the 18.36.54 House, a structure with an unconventional shape and a spectacular interior. The house is defined by angled walls and an overall open and sophisticated look. 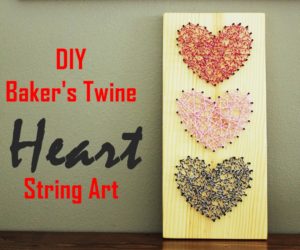 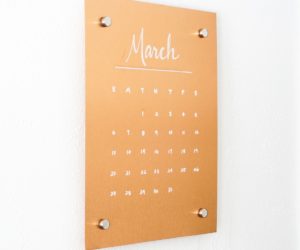 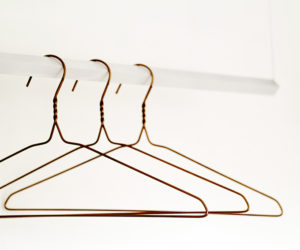