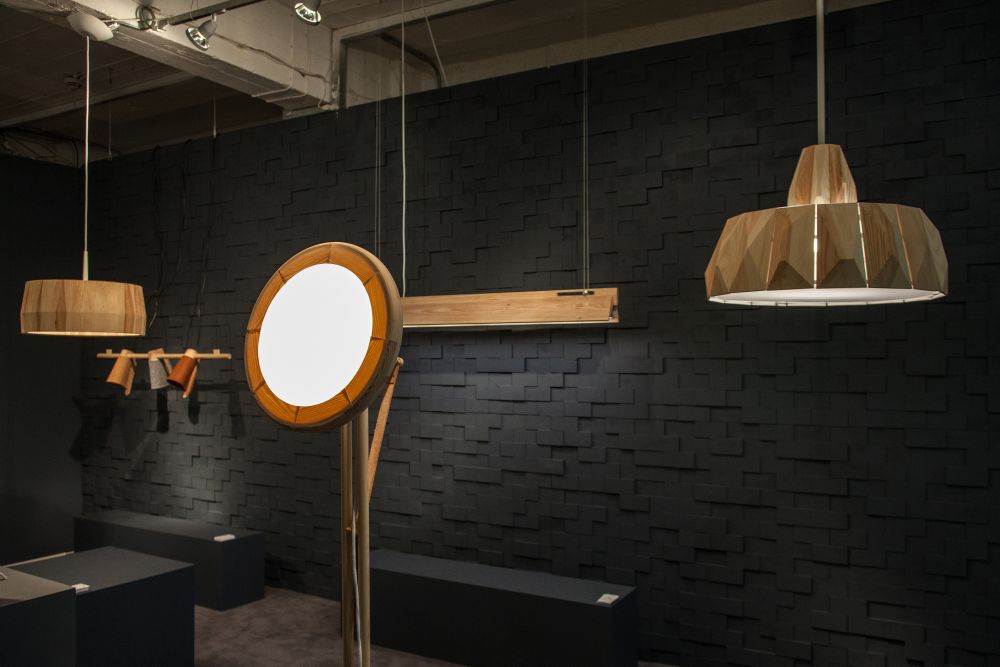 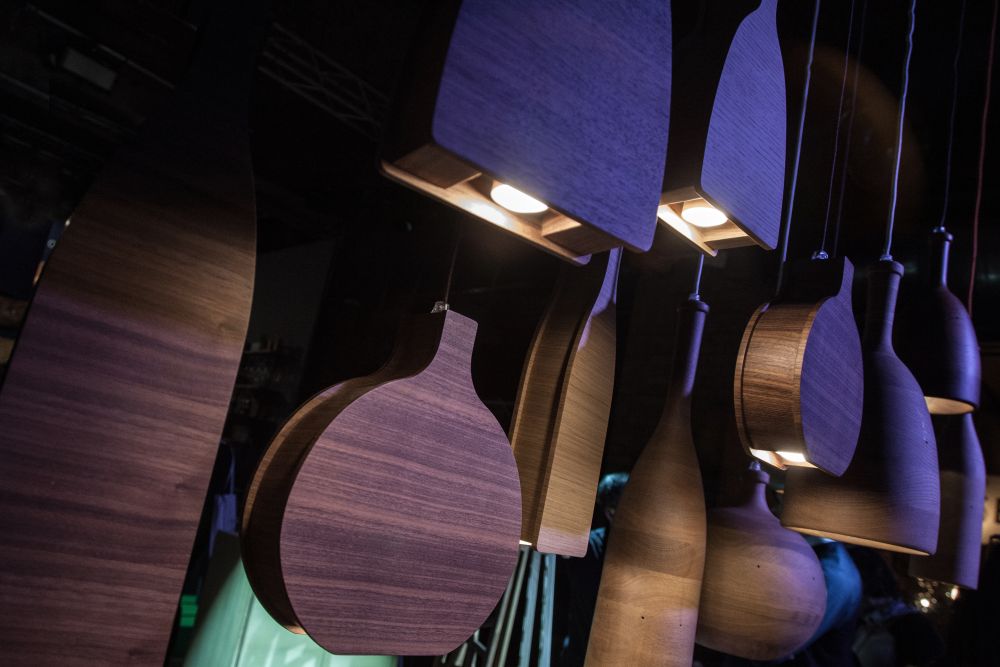 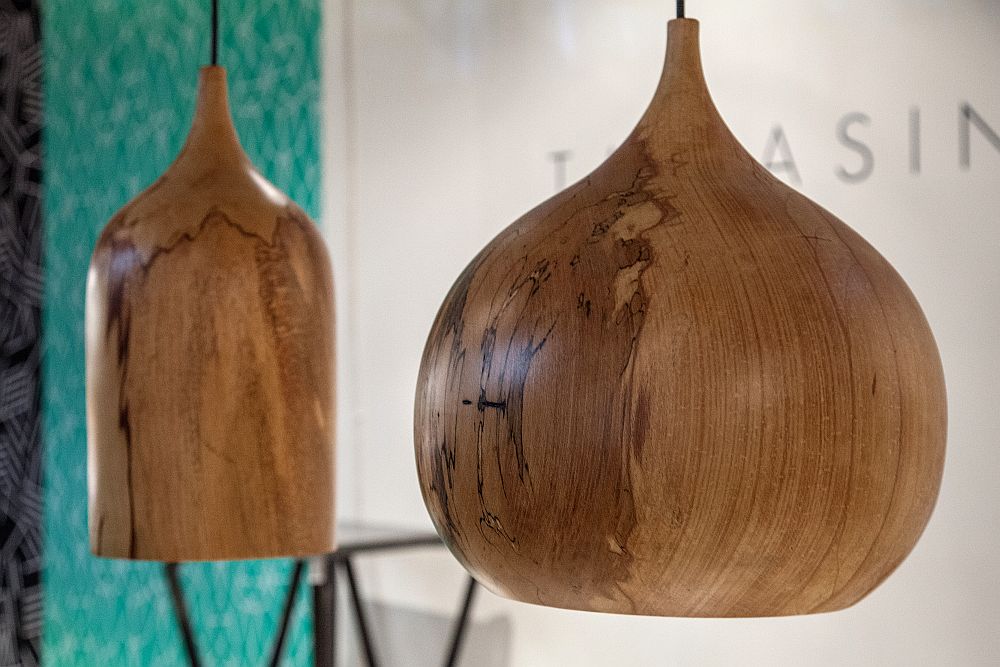 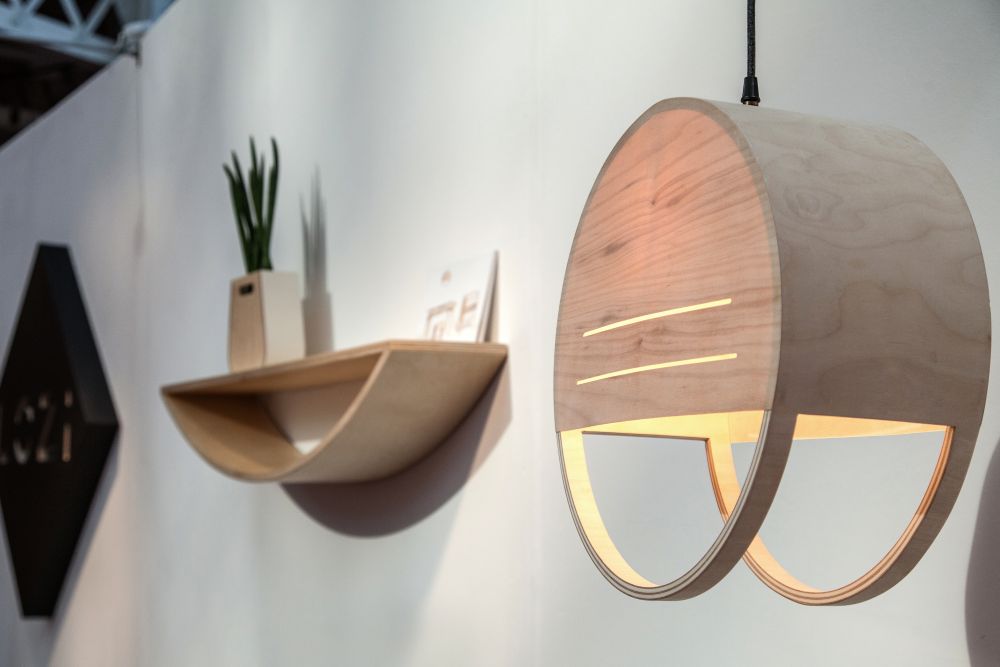 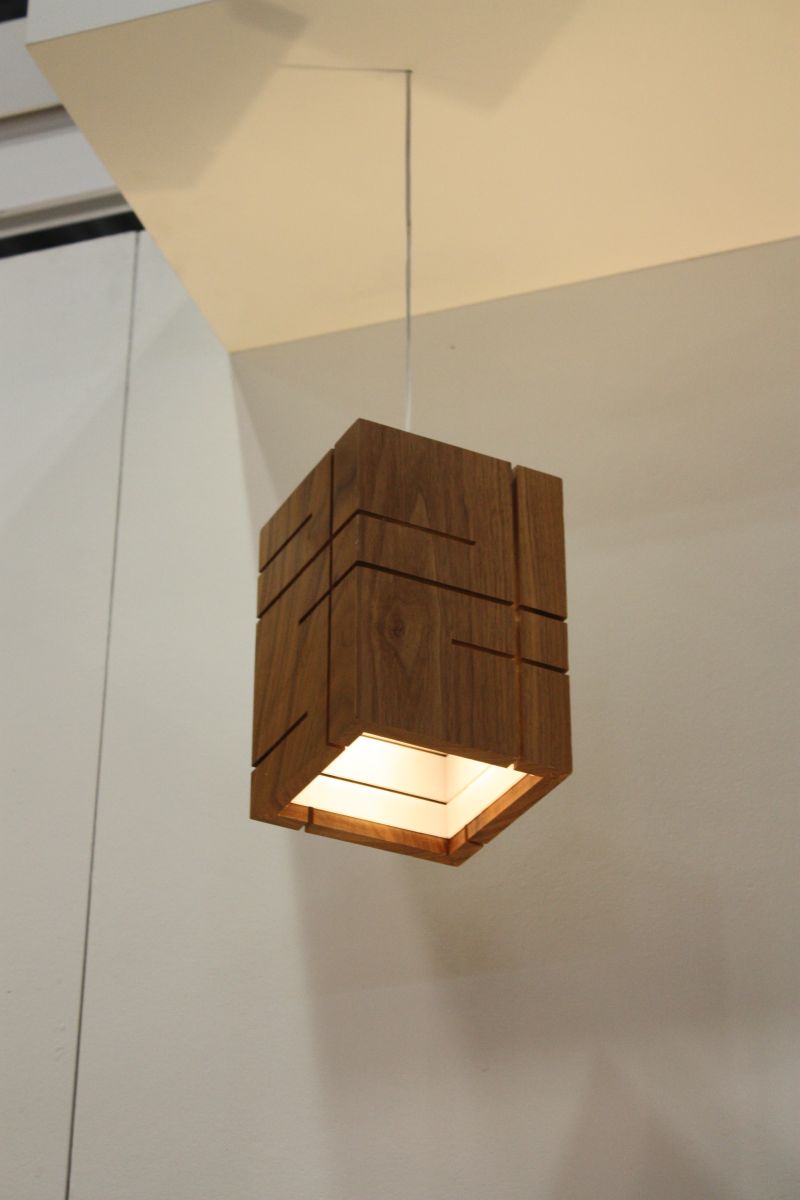 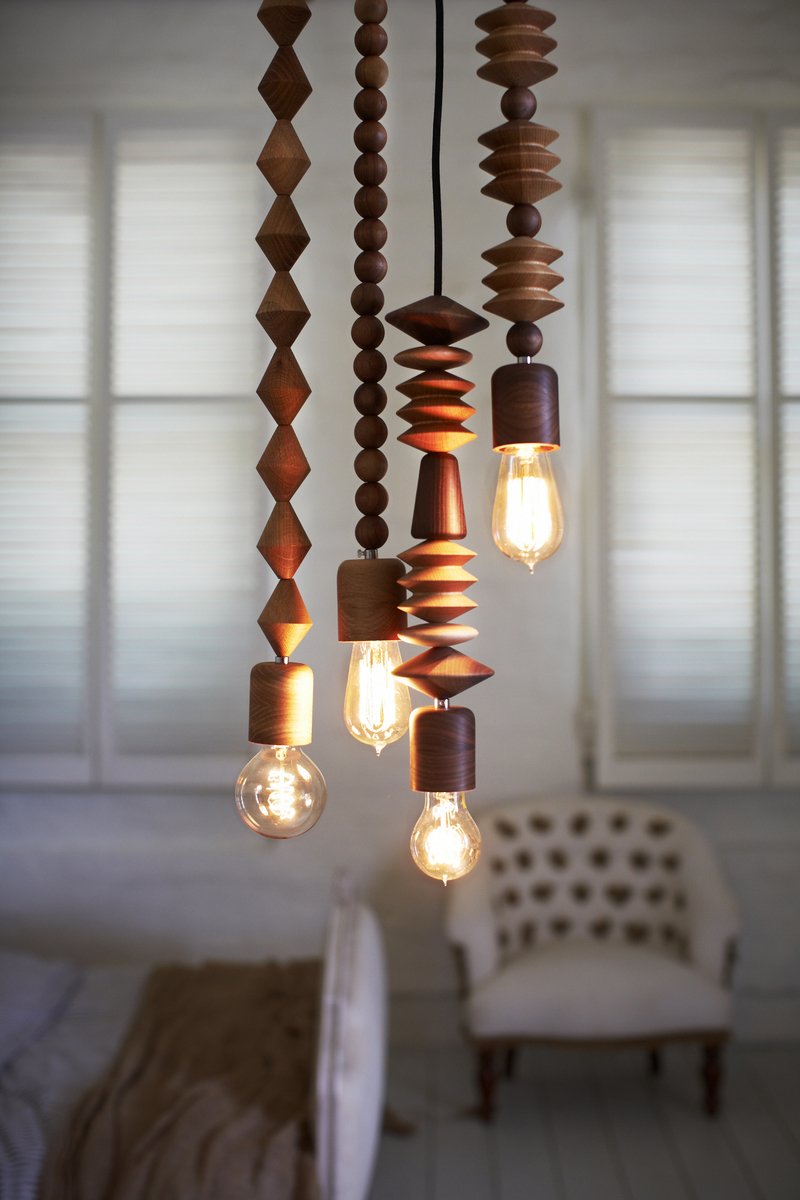 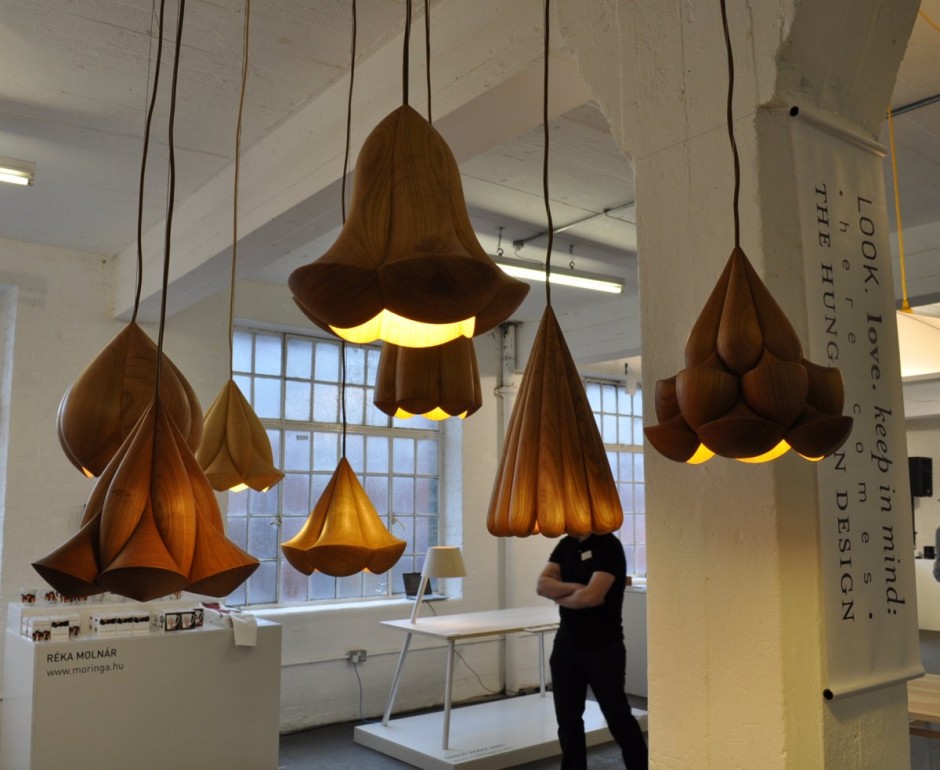 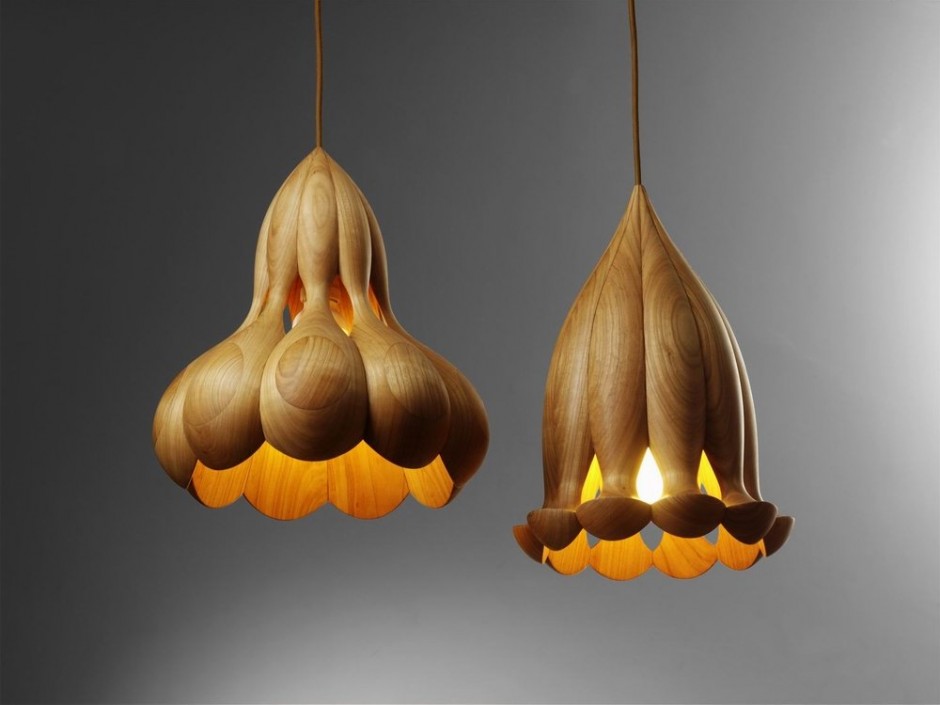 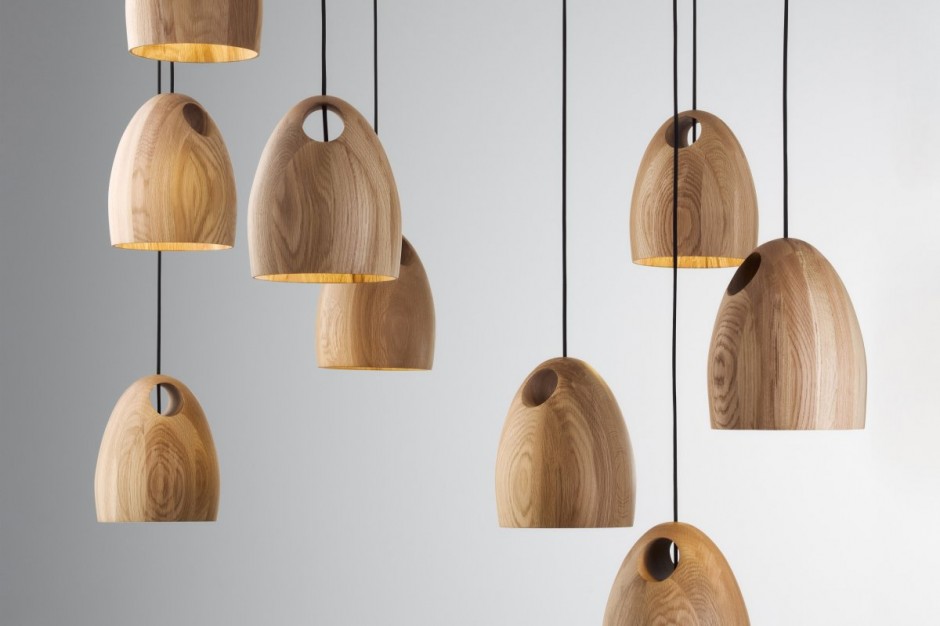 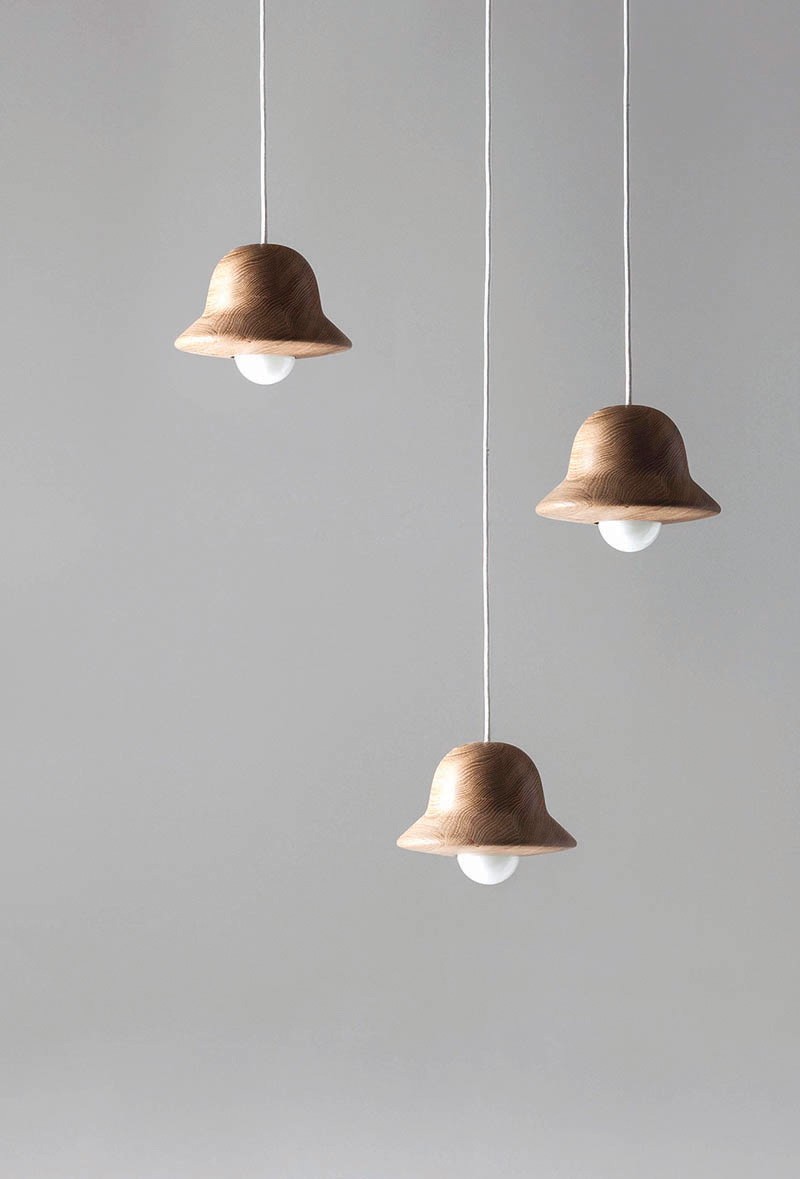 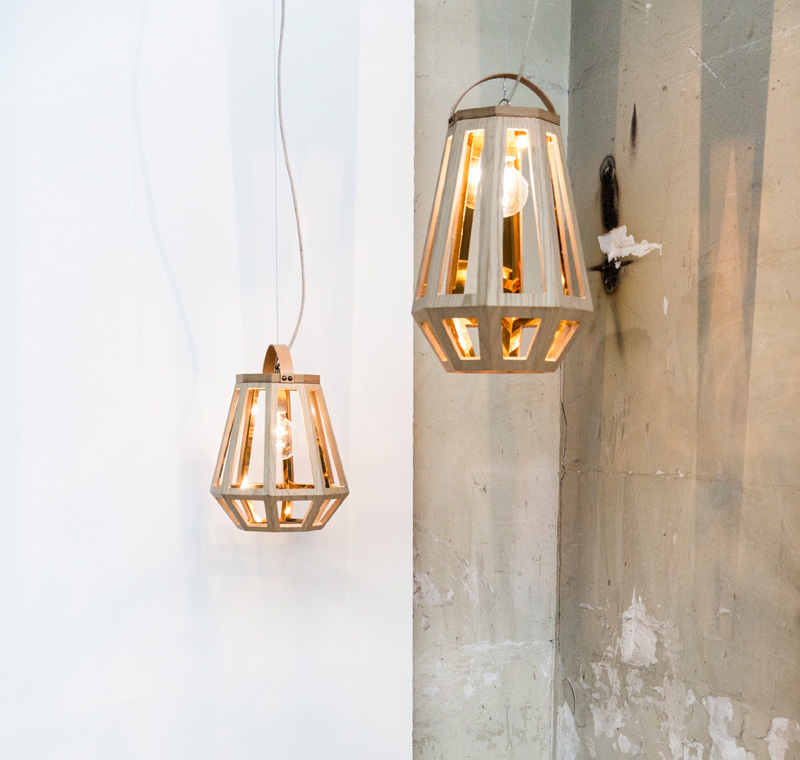 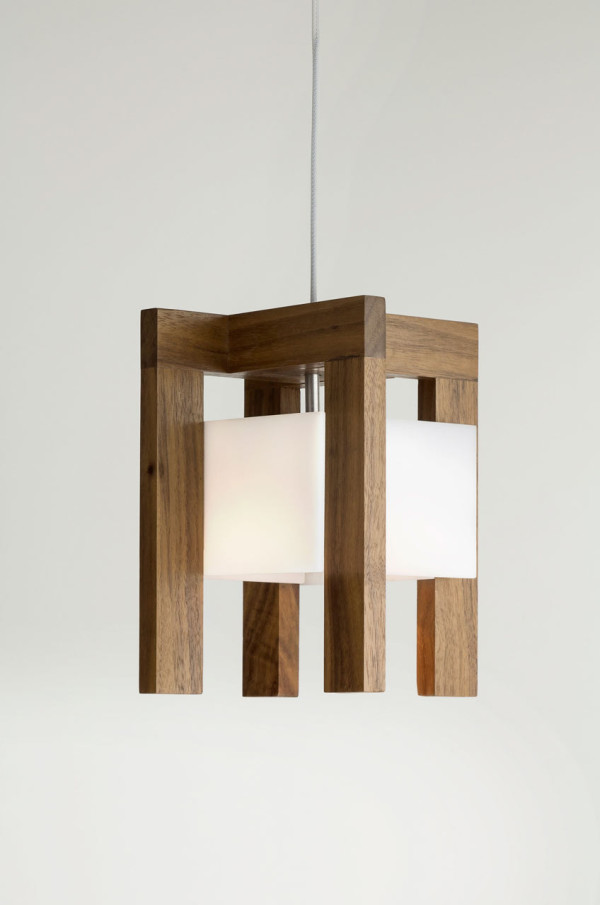 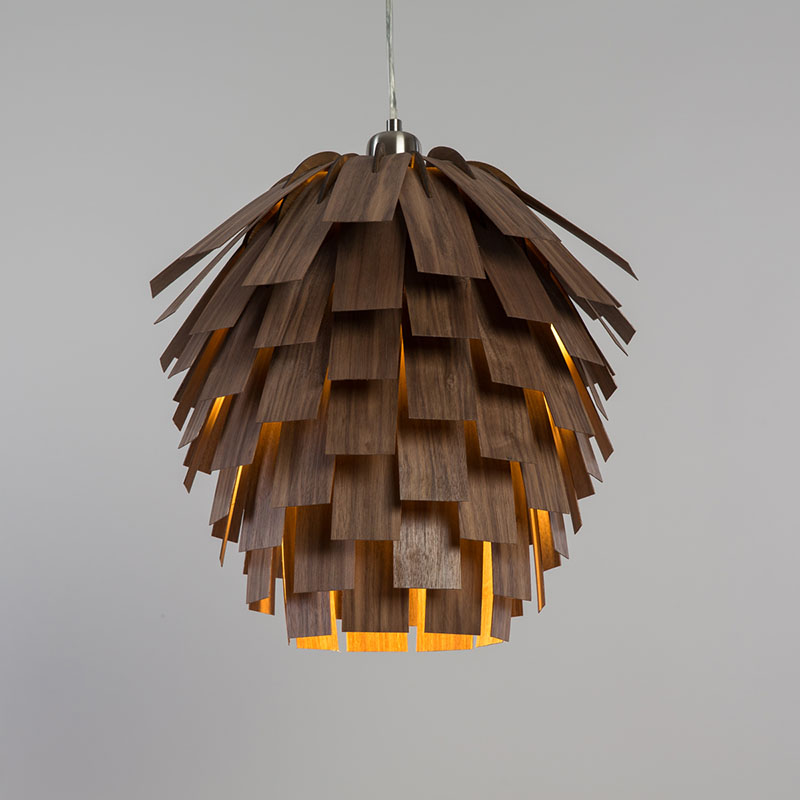 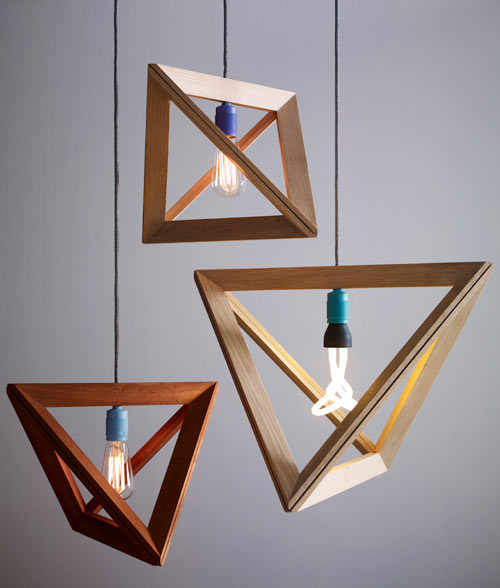 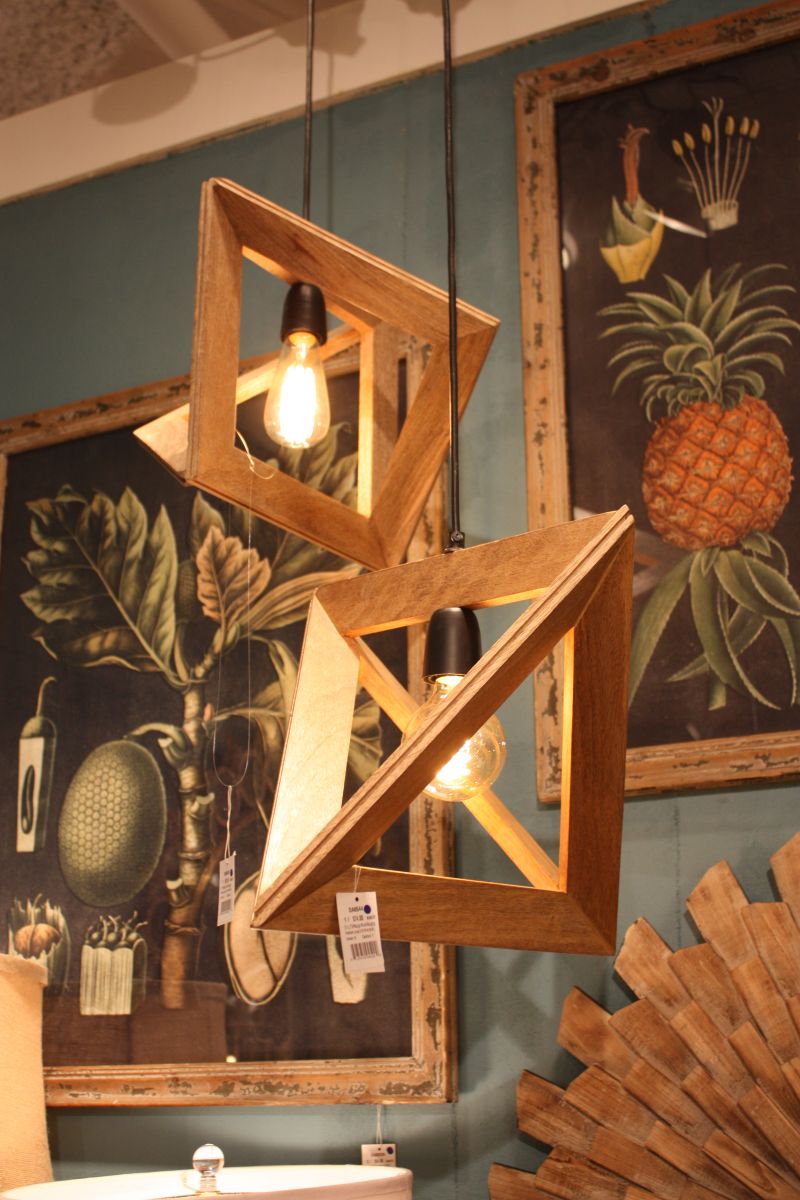 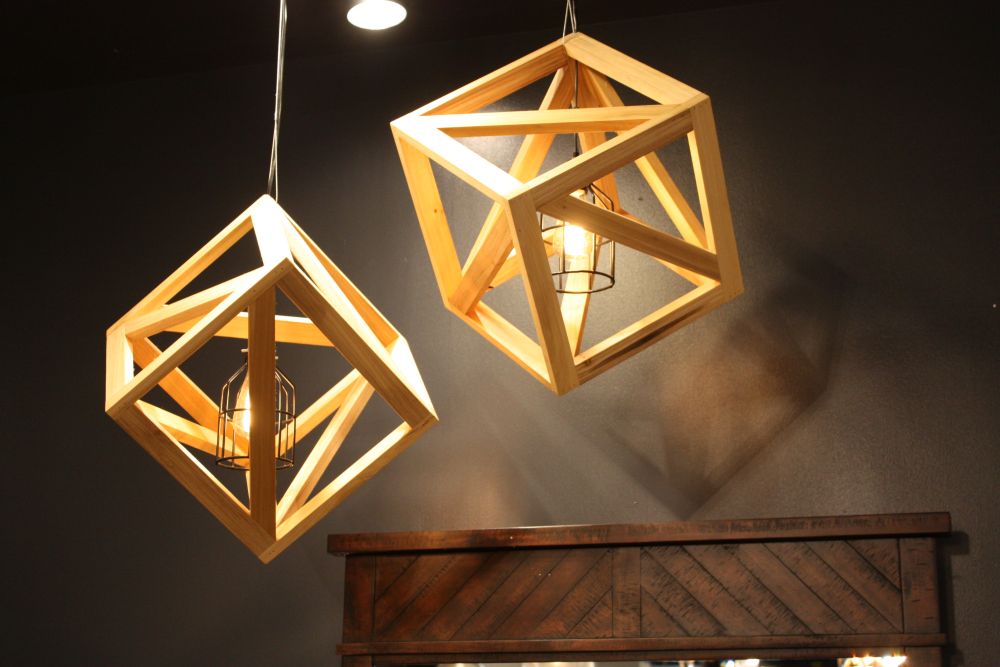 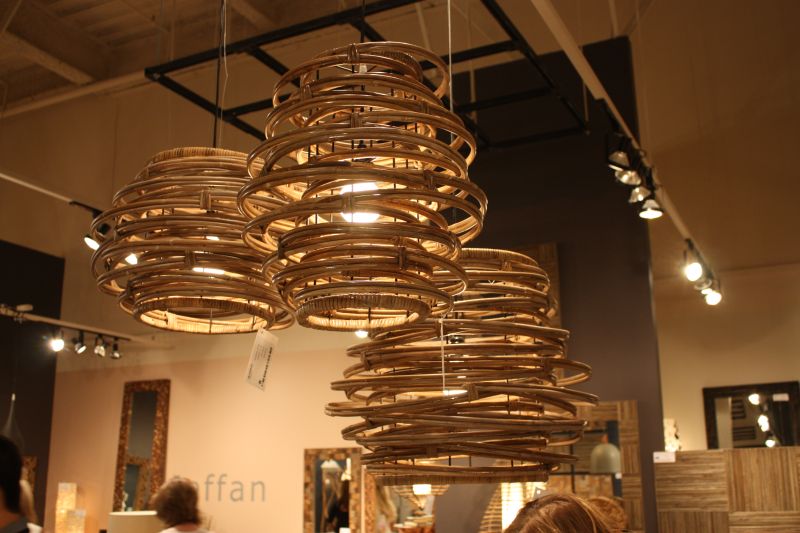 It’s easy to fall into the trap of opulence or austerity when selecting the light fixtures for the home. It’s hard to inspire a warm and cozy decor through the choice of light fixtures although it’s true that sometimes they play a key role in the overall design. Imagine a wood pendant light in any of the rooms in your home. Wouldn’t it look elegant? I guess that depends on the design of the pendant, its form and style but also the decor of which it becomes a part of.

A wood pendant light is definitely an intriguing accessory. Wood as a material symbolizes warmth and this can be used to one’s advantage if the goal is to make a space feel welcoming and comfortable. To further emphasize the warmth of the decor, stay away from cool lighting that tends to have bluish shade rather than the yellowish glow that would work much better.

There’s definitely a note of elegance that is linked to anything made of wood, wether it’s a pendant lamp or a table. Woodworking used to be a form of art and it still is for some. Although the intricacy of the design is not exactly a standard these days, there are still lots of wood pendant lamps and other items that make the most of this noble material.

Wood as a material shares a strong connection with nature. It comes from trees and it shares their charm and uniqueness. The Tree Lights is a collection that celebrates these attributes. The pendant lamps are crafted by hand, each from a single trunk or naturally fallen beech. This makes each pendant unique and the designs are closely linked to the age of each tree. The pendant come in three shapes: bottle, barrel and bulb.

Inspired by the sun, more exactly the moment when it sets and slowly disappears at the horizon, the Sunset pendant light captures the magic of this experience and translates it into a simple, modern and versatile design which can complement a variety of different spaces, from living rooms to bedrooms and even service areas.

Claudo is a wood pendant light with a simple design and a very elegant geometry. It has a dark stained walnut body and it can be displayed as a standalone piece or in groups and clusters, together with similar or identical pieces. This flexibility comes from the fact that it’s a small piece that only measures 5” by 5” with a height of 7.25”.

The same type of flexibility is also displayed by the Bright Beads series which is composed of six low-hanging pendants with various designs. They’re named Aztec, Abacus, Art, Allenta, Africa and Alice and they can each be displayed as a single drop pendant or in a cluster, the result in this case being a chandelier. If they’re just a bit too long for your room or if you want to place them in a corner, you can simply hang them from a hook in the ceiling.

These are the Flower Lamps designed by Laszlo Tompa. They’re made of wood and they have intricate forms designed to resemble blooming flowers. Their forms are complex versions of simple geometric shapes such as hexagons or pyramids. The solid cherry wood lampshades direct the light downward and provide a very artistic focal point for the space.

The same designer also created  the Hydro Lamps. This time the designs were inspired by deep-sea creatures such as medusas, polyps and others. Their intriguing forms were translated into stylish pendant lamp designs made of solid wood. Some of the creatures have adapted to emit light where the sunlight has absolutely no power and just like them, the lamps offer us artificial light when needed.

These are the Oak pendant lights. As the name suggests, they’re handcrafted of oak wood and they have really beautiful forms. The lamps feature simple bodies with a hole at the top and black hanging cord.  They’re available in one size and three different finishes. Each piece bas a unique look defined by the grain of the wood. The series was designed by Ross Gardam.

It’s clear where the inspiration for the Hat lamps came from. But actually this lamp wasn’t inspired by the hat per se but rather by the old moulds that were once used to model the hats. These moulds were made of wood and they were intricate and beautiful. The lamps that resulted from this project share the same characteristics. This is a collection designed by Norm Architects.

It’s fun and interesting to discover the inspiration behind beautiful pendant lamp design such as the Zuid series created by Francoise Oostwegel. As you might have guessed, these were inspired by mining lamps and also a little bit by traditional Dutch houses. The lamps are made of wood and they have octogonal shapes. They look sleek and really charming.

Meet Laurus, a beautiful pendant lamp with a simple and masculine design and clean and simple lines. It has a sculptural lampshade made of dark-stained walnut and a strong character which allows it to stand out and to become a focal point despite its reduced dimensions. Use it as an accent pendant or mix it with others to form a cluster.

The organic shape of the Scots Light is reminiscent of a pinecone, the design being created by Tom Raffield who chose to build its trademark form using individual wood veneers which together give the pendant its distinctive pinecone form. These wood layers are connected by a birch frame and they are steam-bent out of oak or walnut veneer.

The Lampframe series is composed of designs created using thin wood strips which are organized into triangular frames. These forms are each created out of four such triangles which put together make up the final design. They clamp around the lamp cord with magnets. The idea behind the design is not to conceal the light bulb but rather to showcasing like a picture in a frame.

Geometric designs and patterns are a popular motif in modern interior design. Their simplicity and clean forms are trademarks of contemporary decors which focus a lot of ways to turn function into art and to find the balance between the two.

Some pendant lamps are not necessarily adepts of symmetry and clean and well-defined forms. Instead, they feature this organized randomness which makes them special and eye-catching.