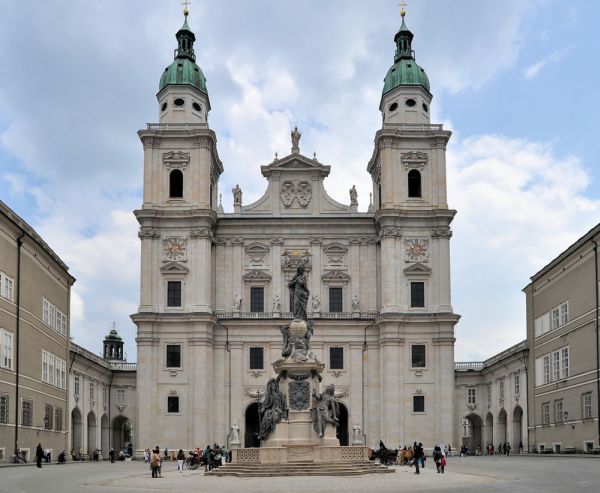 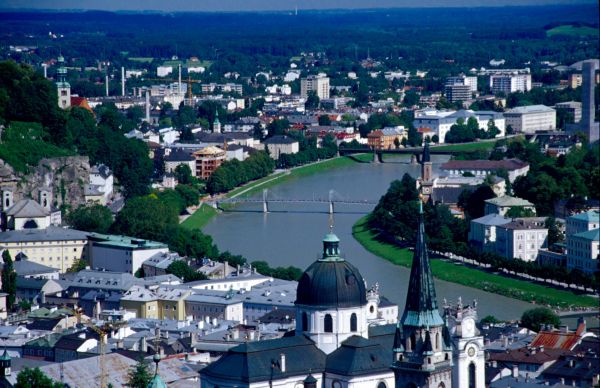 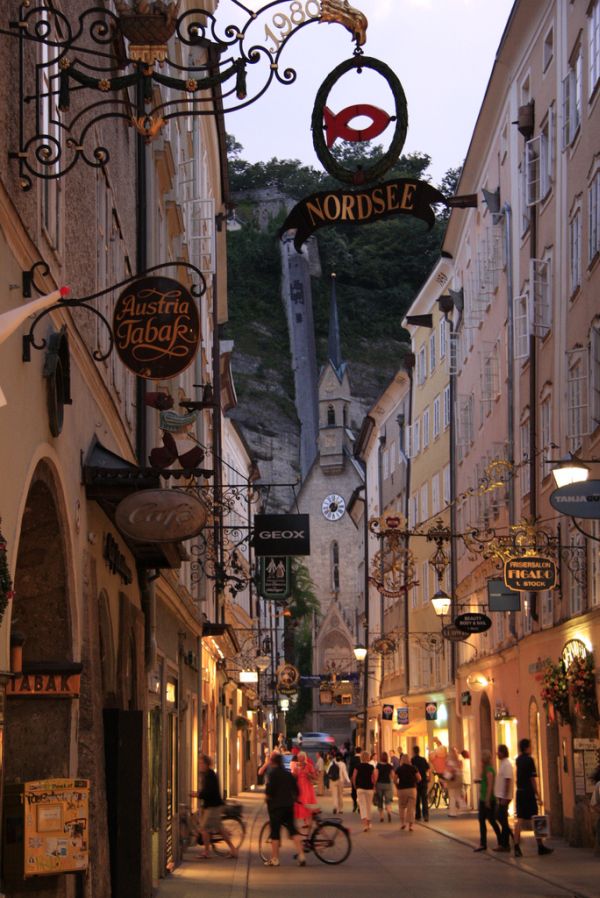 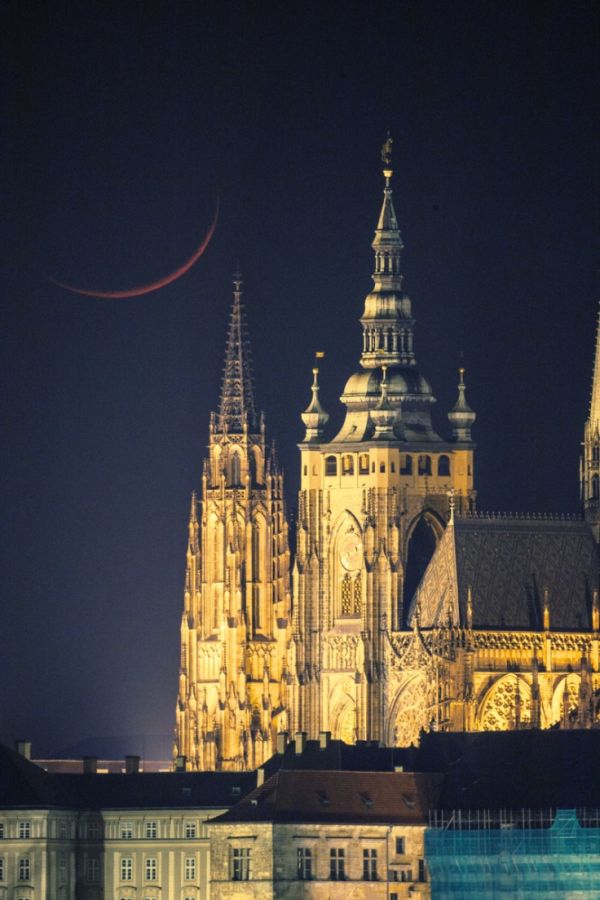 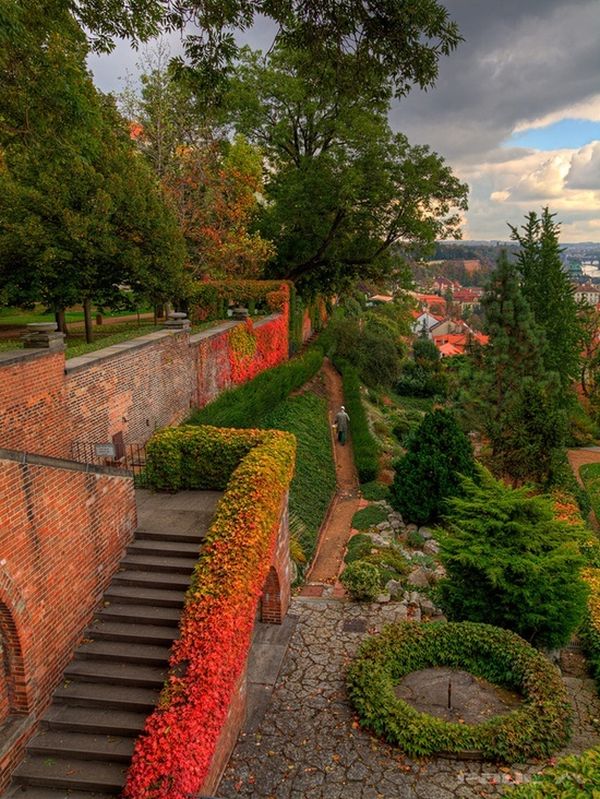 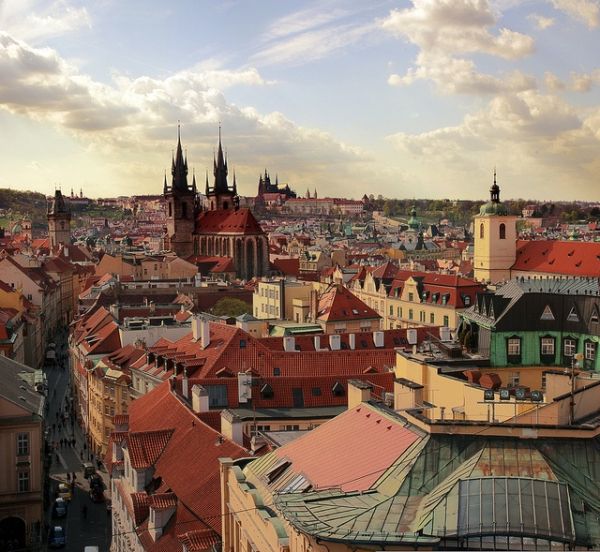 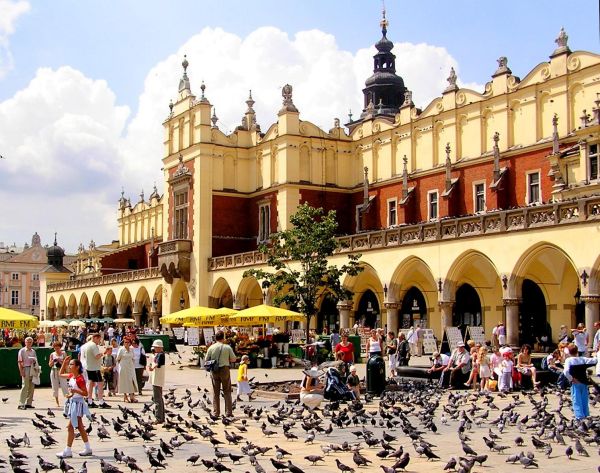 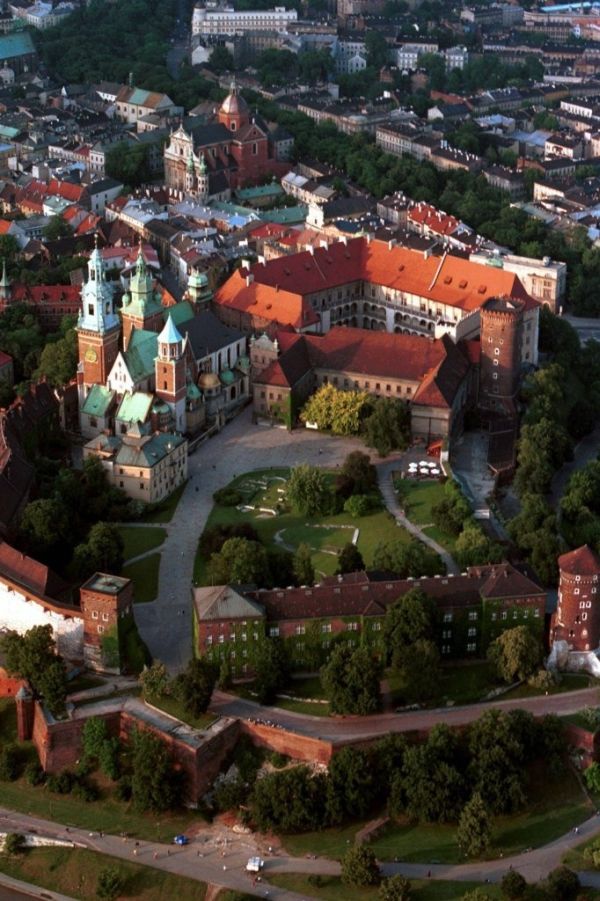 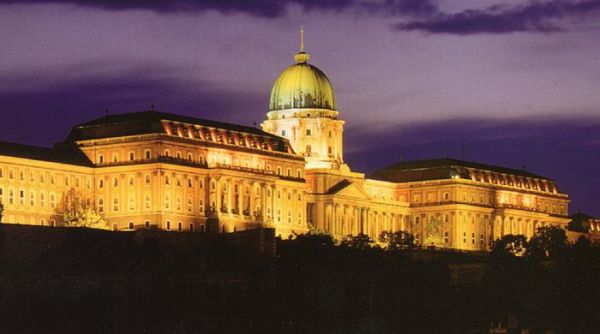 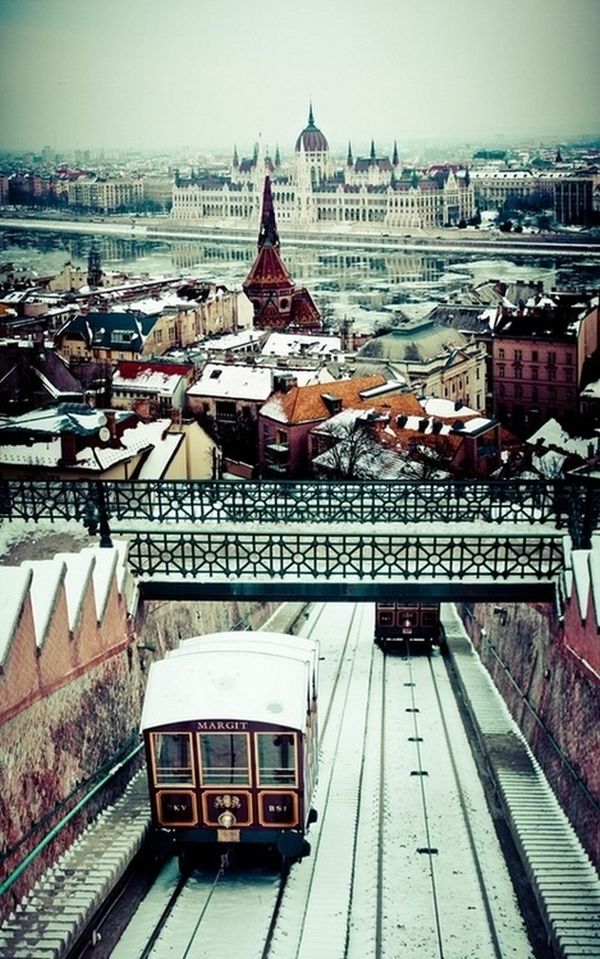 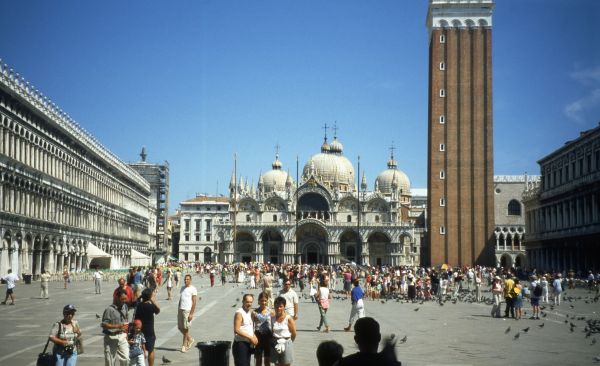 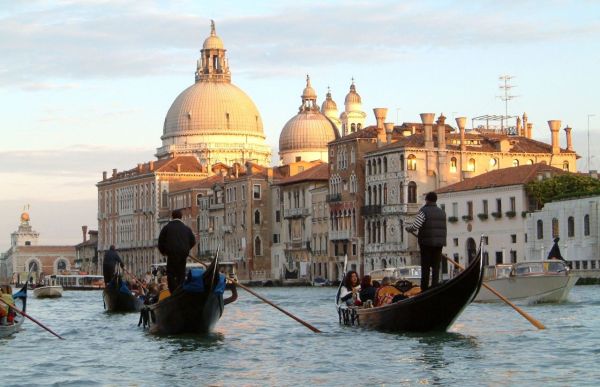 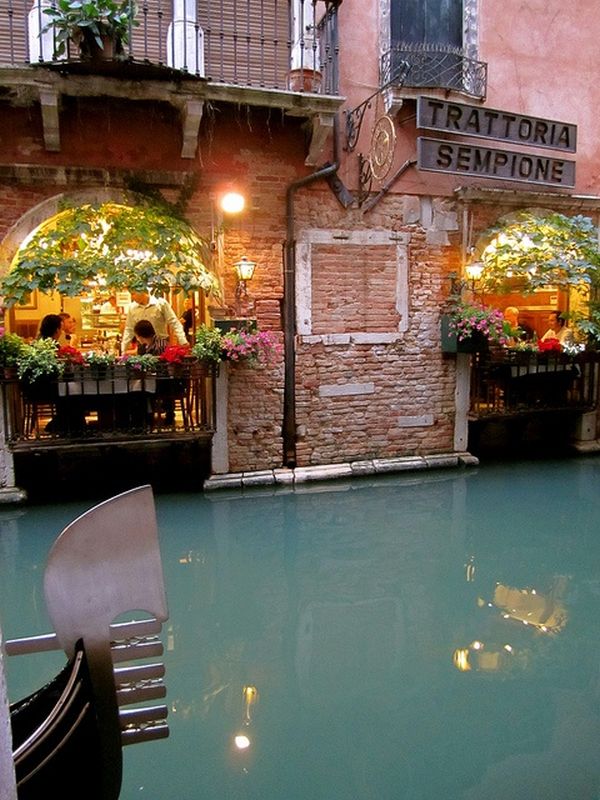 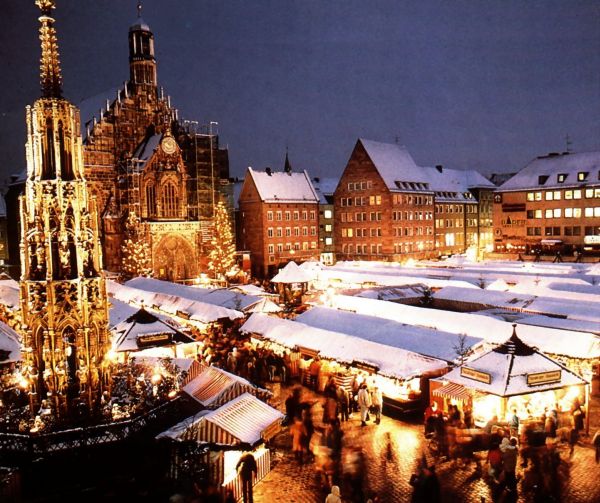 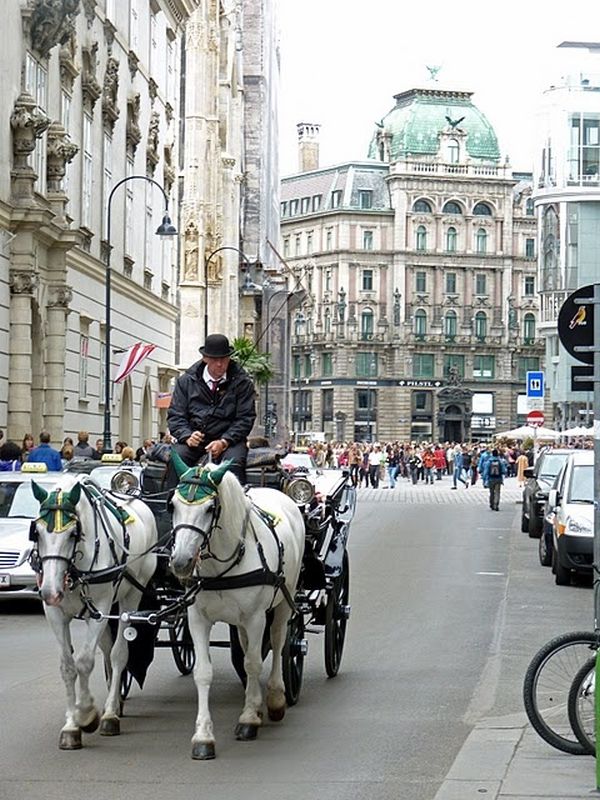 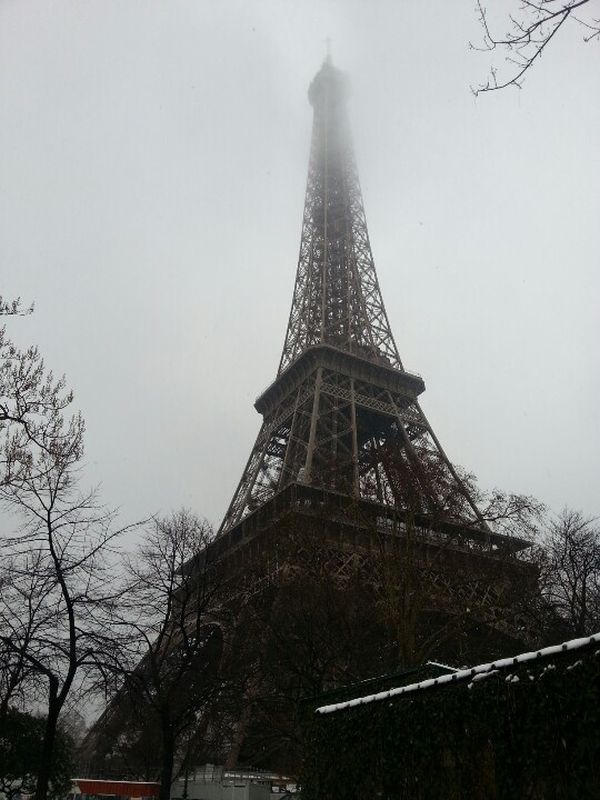 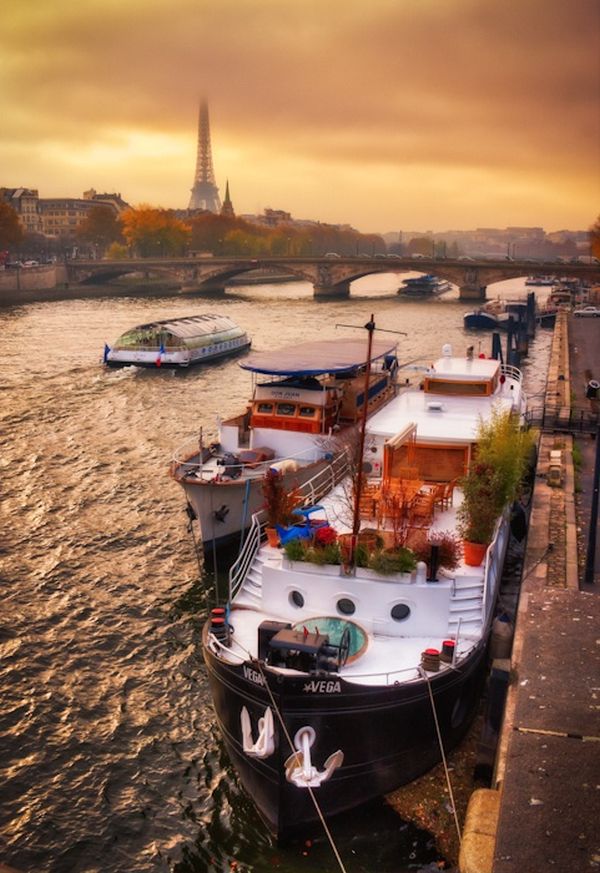 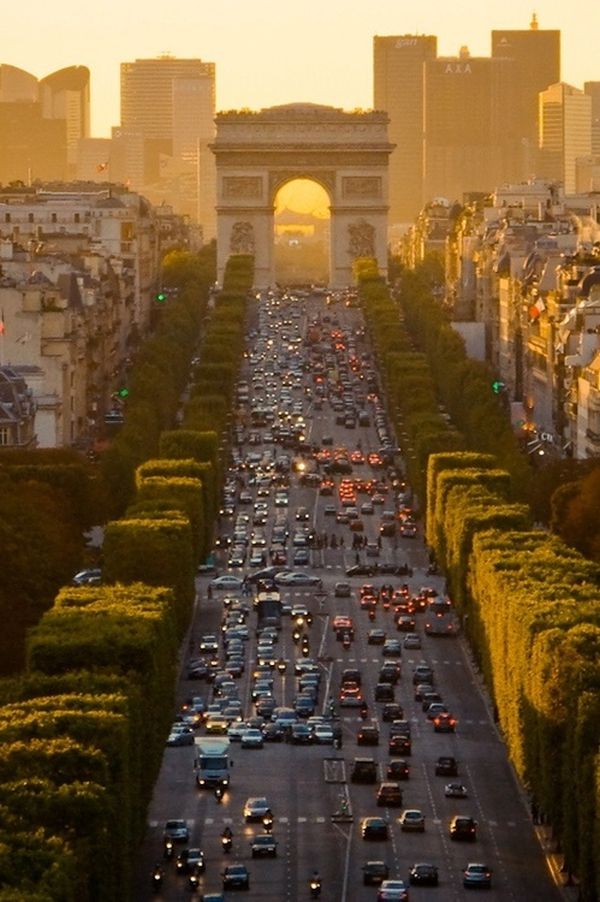 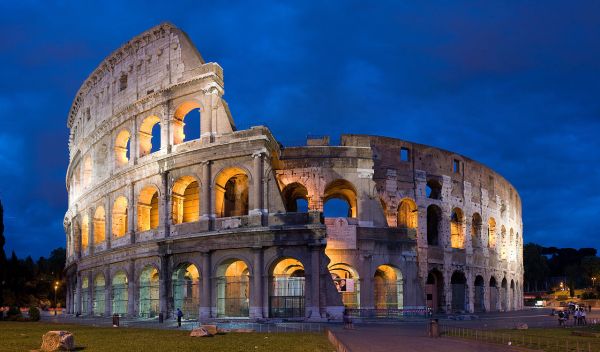 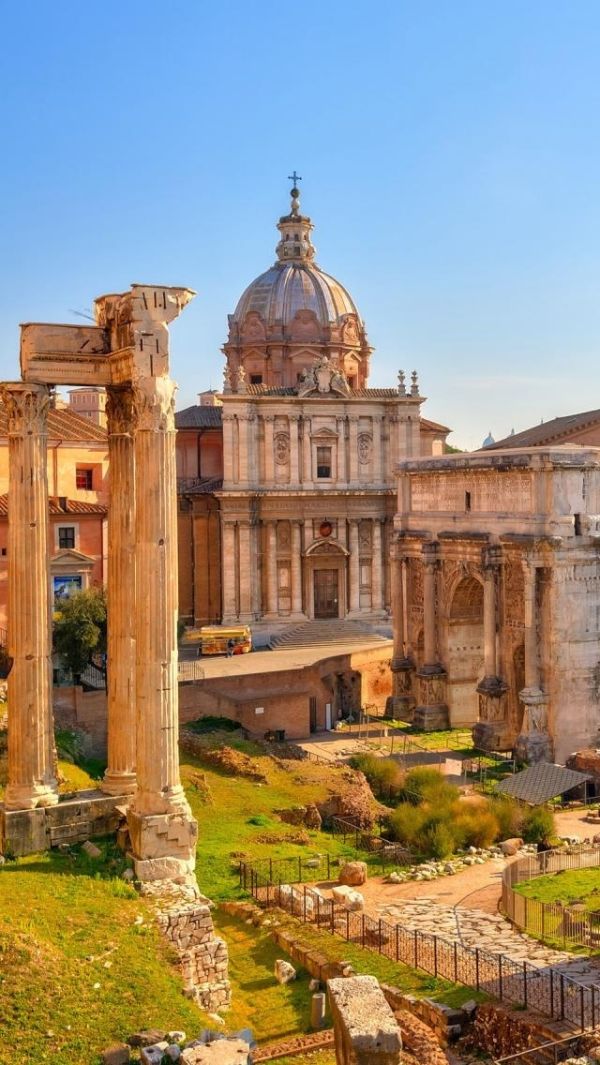 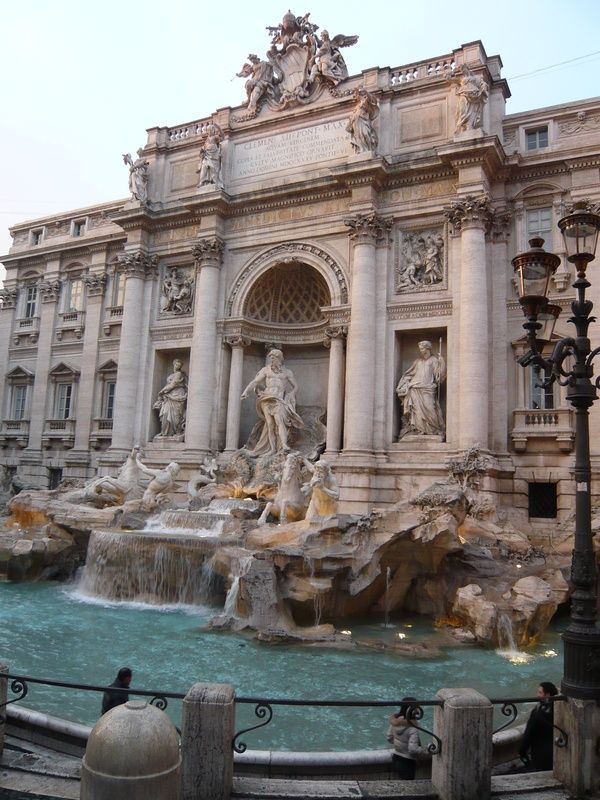 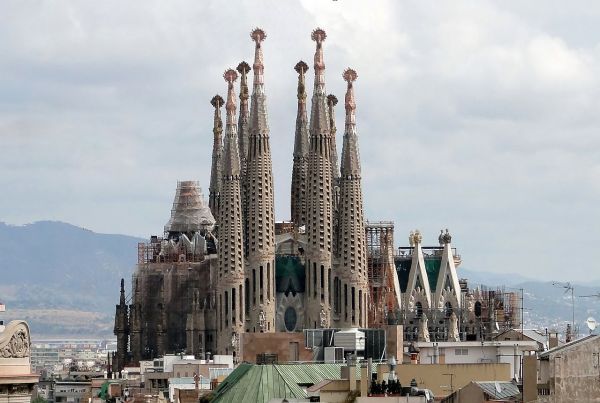 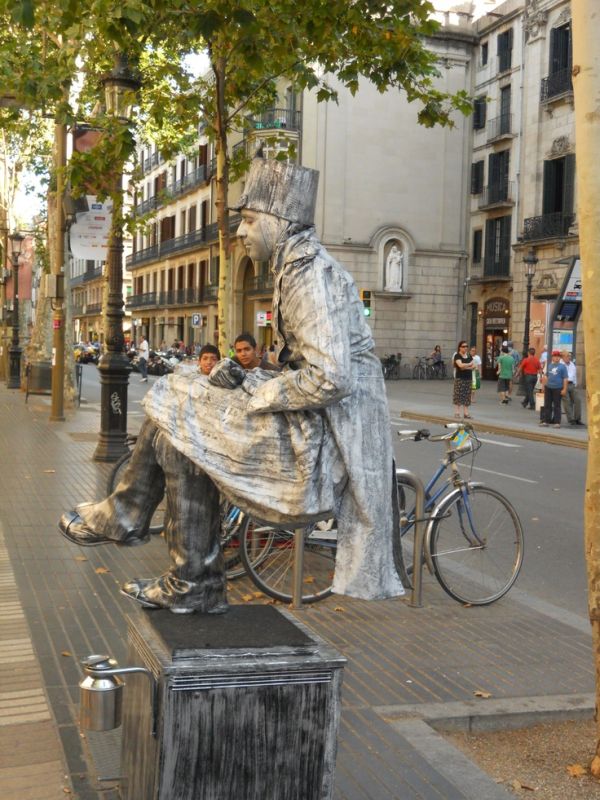 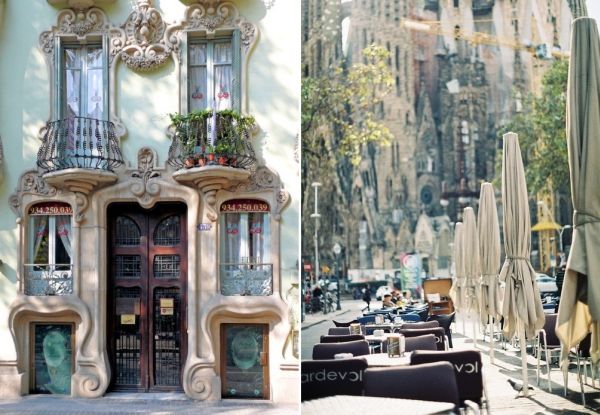 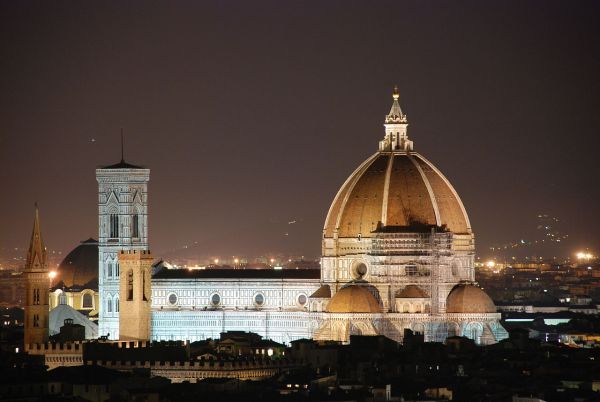 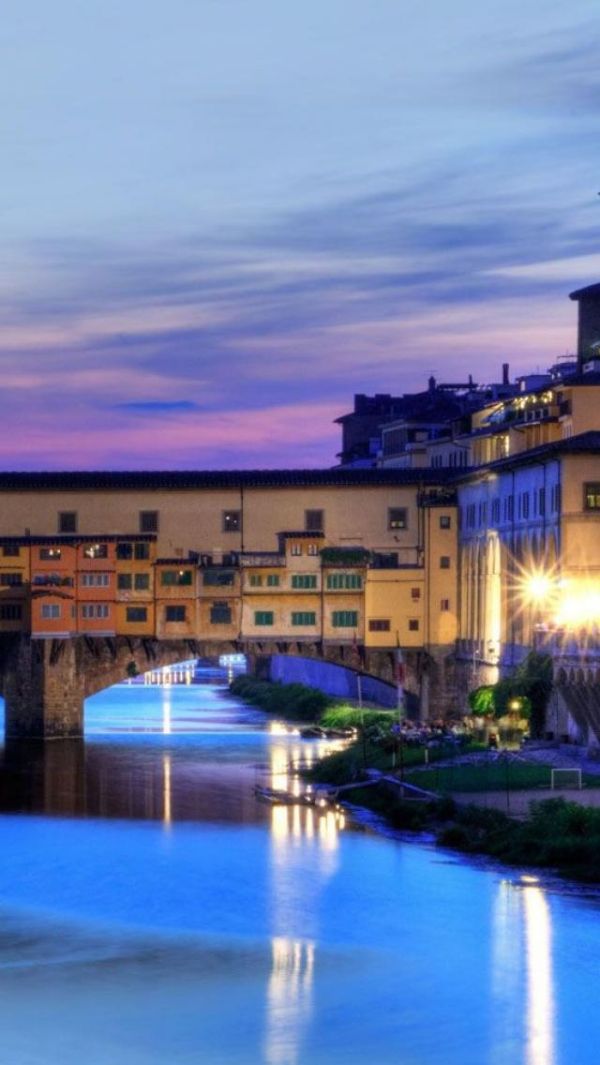 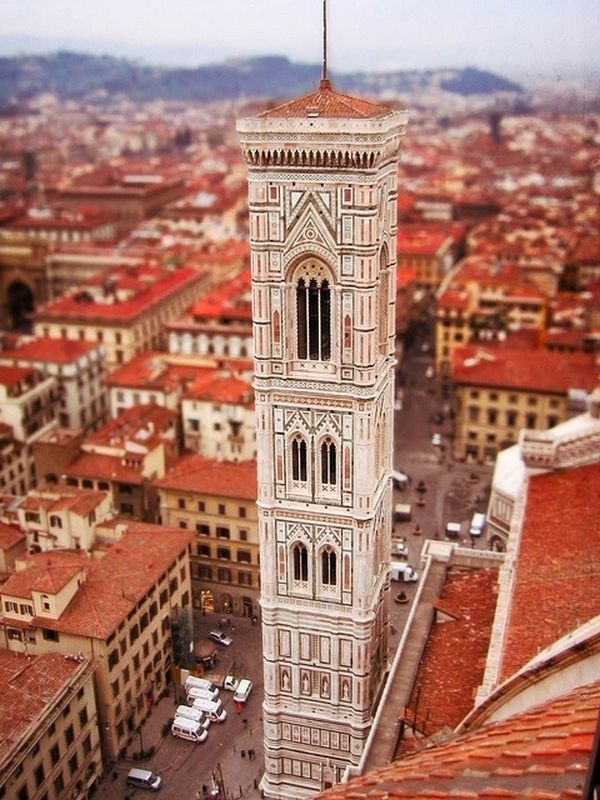 Europe has lots of wonderful cities that deserve to be on your itinerary if you ever decide to take a long vacation. To make your work easier, we’ve made a top with 10 of the most beautiful places on this continent. It each has unique attractions and must see destinations. Here they are:

The city of Florence of Firenze as the Italians call it is the capital of Tuscany and the most populated city in this region. The city is famous for its history as it was a center of medieval European trade and finance. In fact, it was called the Athens of the Middle Ages. There are lots of wonderful attractions and one of them is the historic center of Florence.

This area was declared a UNESCO World Heritage Site in 1982. The city of Florence is also very beautiful because of its artistic and architectural heritage. It has lots of beautiful monuments and you can also find here numerous museums and art galleries. Florence is an important city in Italian fashion as well and this makes a very popular tourist destination. Its history is rich but the city also impresses with its more modern attractions.

It is the main church of Florence and it’s also known as the Duomo. Its construction began in 1296 and it was completed in 1436. It has been declared a UNESCO World Heritage Site.

Barcelona is the capital city of Catalonia and also the second largest city in Spain as well as the largest metropolis on the Mediterranean Sea. Located on the Mediterranean coast, Barcelona offers wonderful views and attractions. The city was founded by the romans and was first the capital of the County of Barcelona. Then it merged with the Kingdom of Aragon and became the most important city of the Crown of Aragon.

It has a rich cultural heritage and it’s also an important cultural center and a major tourist destination. It’s mostly renowned for its architecture. The works of Antoni Gaudí and Lluís Domènech i Montaner have been declared UESCO World Heritage Sites. Barcelona is also known for hosting the 1992 Summer Olympics and it’s one of the world’s leading tourist, economic, cultural and sports centers. In addition, it’s one of Europe’s main ports.

Commonly known as the Sagrada Familia, this Roman Catholic church was designed by Catalan architect Antoni Gaudi and, even though it remained incomplete, it has been designated a UNESCO World Heritage Site in November 2010.

You can’t possibly visit Europe and not go to Rome. This is the capital of Italy as well as the fourth most populous city in the European Union. The city has a rich history that started two and a half thousand years ago. Founded in 753 BC., Rome is currently one of the oldest cities in Europe. It used to be the capital city of the Roman Kingdom, the Roman Republic and the Roman Empire.

In addition, since the 1st century AD, Rome has been considered the seat of the Papacy and it became the capital of the Papal States in the 8th century. The city’s architecture is very beautiful and it has been created by famous artists like Bramante, Bernini, Raphael and Michelangelo. The city’s center has been declared a UNESCO World Heritage Site and it features monuments and museums such as the Vatican Museum or the Colosseum.

Must see: The Colosseum.

Also known as the Flavian Amphitheatre, the Colosseum or Coliseum is located in the center of Rome. It’s built of concrete and stone and it’s the largest amphitheatre in the world. Its construction began in 70 AD and it was completed in 80 AD.

Paris, also known as the city of lights, is the capital of France and also the largest city in the country. Situated on the river Seine, Paris is one of Europe’s foremost centers of learning and arts. It is now one of the world’s leading business and cultural centers and an important city in the field of politics, education, entertainment, science and arts.

The city has four UNESCO World Heritage Sites and it also features many more beautiful attractions. Originally called Lutetia, the city was later renamed Paris after one of its earliest inhabitants which was the Gaulish tribe known as Parisii. The city impresses with its architecture. The oldest intact buildings here are churches and they feature Gothic architecture. The Notre Dame cathedral is one of the most striking and famous attractions in the city.

Must see: The Eiffel Tower.

The Eiffel Tower is the icon of Paris. It was named after Gustave Eiffel who designed and built it. It was built in 1889 and it became one of the most recognizable structures in the world.

Vienna is the capital city of Austria as well as the country’s largest and primary city. It’s also the cultural, economic and political center of Austria. It was the largest German-speaking city in the world until the beginning of the 20th century. The city hosts many major international organizations such as the United Nations and OPEC.

Situated close to the borders with the Czech Republic, Slovakia and Hungary, Vienna is a metropolitan region. Its center has been designated a UNESCO World Heritage Site. The city has a rich musical background and it’s also known as the City of Music. Some also consider it the City of Dreams because it’s where the world’s first psycho-analyst lived: Sigmund Freud. In the center of the city you can find Baroque castles and gardens as well as numerous other beautiful monuments, parks and buildings.

Must see: The Schönbrunn Palace.

The palace is a former imperial summer residence and one of the most important cultural monuments in the country. It has been a major tourist attraction since the 1960s.

Venice is another one of Italy’s spectacular cities. Located in northeasters Italy on a group of 118 small islands, the entire city along with its lagoons have been declared UNESCO World Heritage Sites. The islands that form the city are separated by canals and they connected by bridges. The city is famous for its architecture and artworks. The name Venice is derived from the ancient Veneti, the people who inhabited this region until the 10th century BC.

The city of Venice has many nicknames such as “City of Water”, “City of Masks”, “City of Bridges”, “The Floating City”, and “City of Canals”. It has also been declared one of Europe’s most romantic cities. As a tourist, you can find numerous attractions here such as St Mark’s Basilica, the Grand Canal, and the Piazza San Marco. It’s a wonderful honeymoon destination and also one of the places you must see if you’re ever visiting Europe.

Known as St. Mark’s Square or as simply “the Piazza”, this is the main public square of Venice. The Piazzetta is an extension of the Piazza towards the lagoon and the two form the social, religious and political center of the city.

Budapest is the capital of Hungary and the country’s largest city. It is also the largest city in East-Central Europe and Hungary’s political, cultural, commercial, industrial and transportation center. It has a long and rich history that started with Aquincum, a Celtic settlement. It then became the Roman capital of Lower Pannonia. The Hungarians arrived here in the 9th century. After being first pillaged by Mongols, the town was re-established.

Budapest has an extensive UNESCO World Heritage Site that includes the banks of Danube, the Buda Castle Quarter, Andrássy Avenue, Heroes’ Square and the Millennium Underground Railway. Other interesting attractions include the city’s 80 geothermal springs and the world’s largest thermal water cave system.,second largest synagogue, and third largest Parliament building. Budapest is also the headquarters of the European Institute of Innovation and Technology (EIT). Its name is composed of Buda and Pest that have obscure origins. They were cities that were united in 1873.

Must see: The Buda Castle.

The castle is part of Budapest’s World Heritage Site since 1987 and it has spectacular views. It was built on the southern tip of Castle Hill and it’s one of the city’s major attractions.

Kraków is one of Poland’s oldest cities and the second largest city in the country. It’s situated on the Vistula River and it has a very interesting history. Founded in the 7th century, Kraków has been one of the leading centers of Polish academic, cultural and artistic life. From 1038 to 1569 it was the capital of Poland. Poland was invaded at the beginning of World War II and after that Kraków was turned into the capital of Germany’s General Government.

Karol Wojtyła, archbishop of Kraków became pope John Paul I in 1978 and he was the first Slavic pope ever as well as the first non-Italic pope in 455 years. The same year, the entire Old Town in the city’s Historic Center has been approved as the first ever site for UNESCO’s new World Heritage List.The city’s full official name is Stołeczne Królewskie Miasto Kraków, or “Royal Capital City of Kraków”.

The Renaissance Sukiennice is one of the city’s icons and the central feature of the Main Market Square. It’s part of the Old Town which is a UNESCO World Heritage Site since 1978.

Prague is the capital of the Czech Republic as well as its largest city. It’s also the historical capital of Bohemia proper. The city is situated in the north-west of the country on the Vltava river and it has been a political, cultural, and economic center of central Europe. It was founded by the romans and it was also the seat of two Holy Roman Emperors.

The city of Prague was an important part of the Habsburg Monarchy and of the Austro-Hungarian Empire. It became the capital of Czechoslovakia after World War II. Here you can find numerous cultural attractions such as the famous Prague Castle, the Charles Bridge, Old Town Square, the Jewish Quarter, the Lennon Wall, and Petřín hill. It also has ten major museums, theatres, galleries, cinemas and historical exhibits. The historic center of the city has been included in the UNESCO World Heritage List in 1992.

The Prague Castle is where the Kings of Bohemia, Holy Roman Emperors and presidents of Czechoslovakia and the Czech Republic have had their offices over the years and it’s one of the city’s major tourist attractions. The Bohemian Crown Jewels are kept within a hidden room inside this castle.

The city of Salzburg is located in Austria. It’s the fourth largest city in the country and it’s also the capital of the federal state of Salzburg. Its name means Salt Fortress and comes from the Austro-Bavarian Såizburg. As a tourist, you can visit the Old Town which is famous for its baroque architecture. It’s also one of the best-preserved city centers north of the Alps and it was listed as a UNESCO World Heritage Site in 1997.

There are three universities in Salzburg and it’s also the birthplace of 18th-century composer Wolfgang Amadeus Mozart. It was the setting for parts of the musical and film The Sound of Music. The city’s architecture is definitely an attraction. The Romanesque and Gothic churches and the monasteries are all great tourist destinations. The Cathedral of Archbishop Conrad of Wittelsbach was the largest basilica in the north of the Alps and one of the most famous attractions here.

Must see: The Salzburg Cathedral.

The Salzburg Cathedral was dedicated to Saint Rupert and Saint Vergilius. It was founded by Saint Rupert in 774 and then rebuilt in 1181 after a fire. It was also completely rebuilt in the Baroque style in the 17th century and it still features the same appearance.