Love Homedit? Follow us
By Emily Medlock | Published on May 28, 2021
of 3
Cleaning the roof from moss
Roof moss types
roof moss removal
Roof Moss Removal: How To Remove Moss From Roof For Good
Buy Now 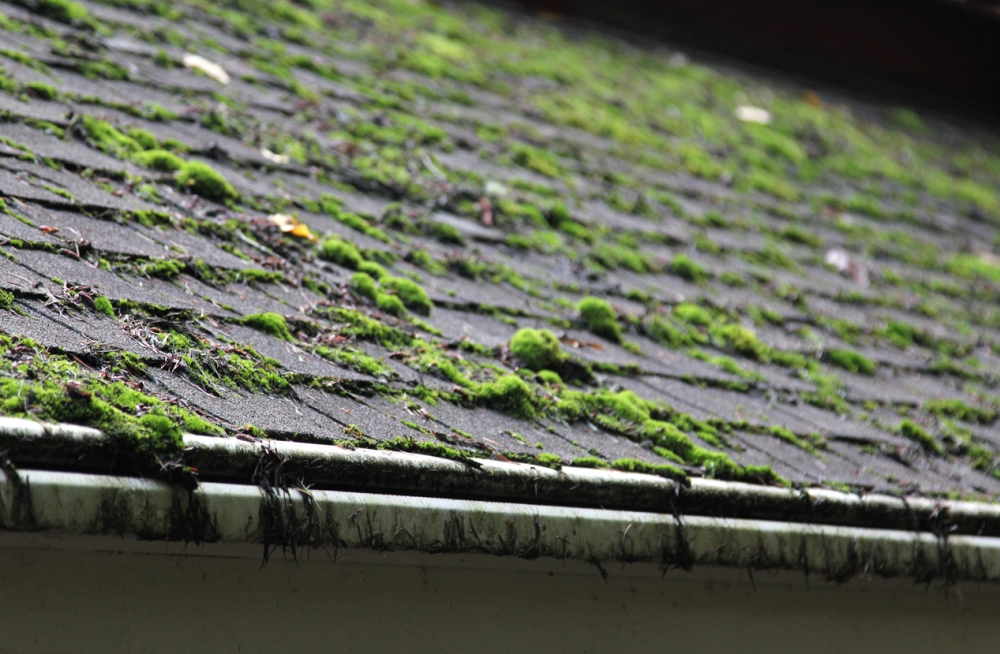 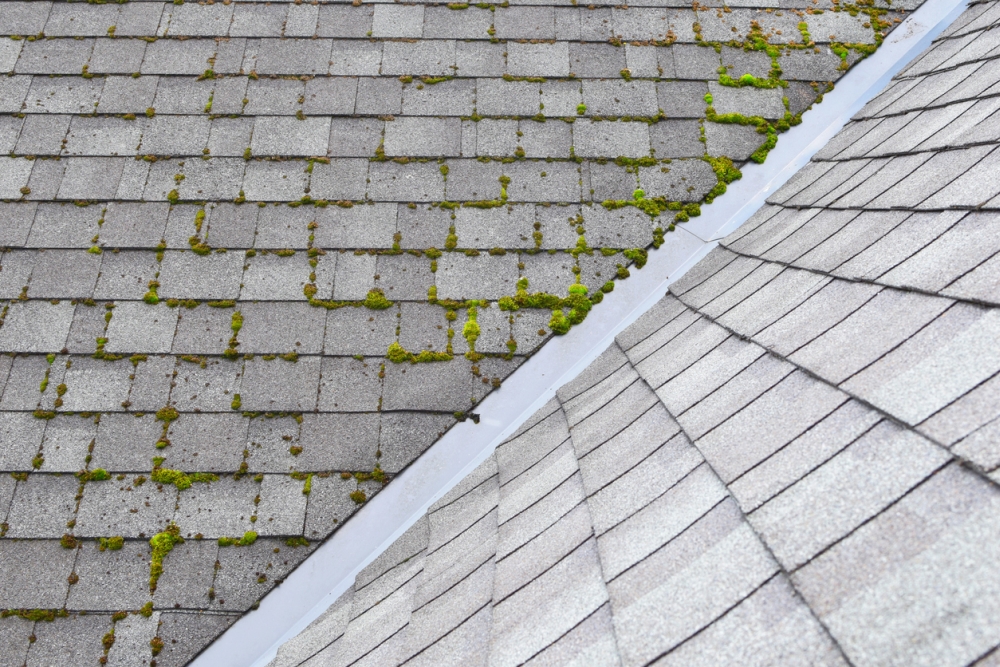 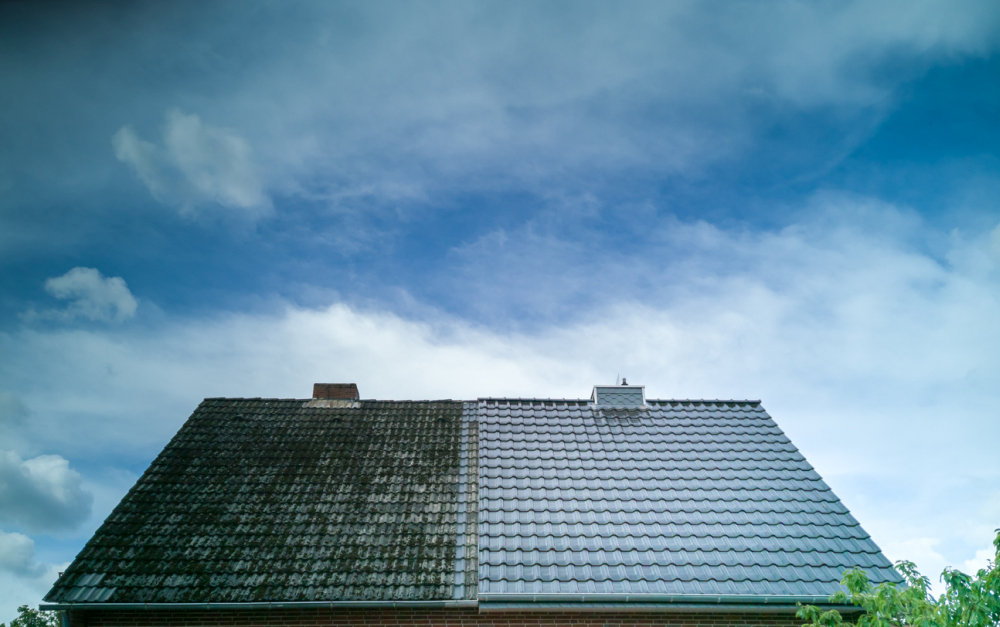 Roof moss removal is necessary even when overgrown moss on your roof makes your home feel like it is deep in a magical woodland forest. But in reality, moss is not a good thing when it is growing on your home, despite the magical feeling that comes along with it.

Moss in your yard can also mean trouble if it is natural. However, you can grow your own moss safely as there are varieties that are safe to use around other plants and that can survive in any region.

Roof Moss Removal: Why Does Moss Grow On Roofs?

Moss forms from spores that are carried by the wind or rain. The reason it doesn’t grow in your yard often is that moss doesn’t usually grow where healthy plants, including grass, are already thriving.

But it can grow on your roof because there is a good place for the shallow roots to grow and because there aren’t any other plants there. Also, your roof sees a lot of rain, which will help the moss grow quickly.

As pretty as moss can be, it is not good for your roof as it can pull up shingles, grow underneath wood, and damage your roof. When this happens, your roof will be prey to leaks, pests, and other dangers.

Moss is actually a broad term to use, such as grass or mold, to describe a certain type of growth. That’s because moss is small, non-vascular flowerless plants that grow shallow and don’t get very tall.

Although you should treat all moss the same, here are the most common types of moss you may find in your yard or on your roof.

Info: This moss gets its name from the soft, pillow-like mound that can be up to two feet wide. It is known for being able to withstand droughts whereas other mosses need moisture at all times.

Info: This small moss can grow almost anywhere, with climate mattering little to none. It is so hearty that you can buy it in sheets, alive.

Info: This stringy moss grows well in the shade and with acidic soil. It looks like a short and flat conifer tree.

Info: This moss looks like a scaly carpet. It can grow in large amounts and tend to take over whatever it grows in, hence the interesting name.

Info: This bright red moss can grow anywhere, and we do mean anywhere. Though it is most famous for growing on recently-burned land.

Info: This feathery, yet thick, moss grows on forest floors, taking over and creating nature’s carpet.

Info: Another scaly type of moss, this one starting out bright green before turning brown in old age and dying.

Info: Fern moss has leaves that look like ferns. It is a common moss used in floral arrangements because it grows so fast.

Info: This moss is wiry and looks like stars from above. It is appealing and easy to spot.

Region: Northern US, Canada, and Europe.

Info: This type of moss can only grow in very high-moisture areas like swamps and bogs.

Region: US, Canada, and Europe.

Info: You won’t mistake this moss for any other moss. Not only is it red, but it is bright red and stands out in swamps.

Info: This short moss is also short-lived. It stays a baby and doesn’t grow to be very large.

Region: Eastern US and Canada.

Info: This dense moss looks like tiny trees and creates a tiny forest when it grows together.

Info: This moss also looks like tiny trees and it can grow anywhere on earth.

Info: This messy, fuzzy moss does its name justice. It is long, shaggy, and loos unkept.

Region: US, Canada, and Europe

Info: This star-shaped moss is quite sturdy. It can even grow in sandy soil found in deserts and drylands.

Info: This moss has star-shaped stems and is often used in terrariums because it is easy to grow and plentiful.

Info: This pretty moss grows tall and loose, with silver tips that help identity it.

Region: Eastern US and Canada

Info: This moss grows in carpets and can cover entire forest floors if left untouched.

Info: This moss often grows in yards and can grow up to six inches tall with each stem being bent.

Info: This may sound like a Christmas plant because the moss is large and shiny, looking much like a fantasy moss in the sunlight.

Info: Also known as Catherine’s moss, this silvery moss shines as well and is star-shaped.

Info: This short moss has leaves that grow in a rosette formation, so it looks like an aloe plant.

Info: This moss has tiny leaves that clump together. This is the type of moss that often grows between cracks in the sidewalk. You may recognize the slight orange tint to the leaves.

How To Do Roof Moss Removal On Your Own

While you can get over-the-counter roof moss killer, you still need to apply the moss killer safely and efficiently. Here are the simple steps you can take to ensure that the moss is taken care of and doesn’t come back.

Note: wear non-slip shoes, gloves, a mask, and cover your limbs. This will prevent you from slipping and protect you from any dangers, like bugs or mold, that may be waiting for you on the roof.

After preparing yourself with gear, get a ladder and secure it to the house. Then, bring a hose with a nozzle that you can control to the roof. Starting at the top, spray the loose moss and dirt off as if power washing.

Have a second person use a long-handled soft-bristle scrub brush to brush the area after you spray it. Work together in small sections to ensure each others’ safety through the process. Take your time.

You can either use an over-the-counter moss killer or you can create your own moss killer with dish soap, bleach, or vinegar. After mixing the solution, apply it to the moss and let it sit for about 30 minutes or so.

Then, lightly scrub it down and rinse it with water one more time. This should do the trick and the moss should be gone. Make sure to mix water with any homemade solution you use so you won’t damage the roof.

While you’re up on the roof, go ahead and stop the moss problem from returning by installing strips of zinc or copper-coated sheet metal on either side of the roof. It’s a good idea to get help with the process to prevent cuts and falls.

Removing moss from asphalt shingles is one of the more difficult jobs regarding roof moss removal. This is due to the texture of the roof and the crevices. But if you get a scrub brush, you can make things easier and that is the key.

Cleaning solar panels is as easy as using a hose and a bucket of soapy water for the difficult spots. The panels are designed to be easy to clean and moss doesn’t generally grow on them, especially if you clean them regularly.

Metal has its own problems, but it isn’t immune to moss. In fact, it usually grows moss more often and in greater values than asphalt roofs. To remove the moss, mix laundry detergent with bleach and scrub.

Clay isn’t the most susceptible to moss, but it can happen. A brush can help again, but if you do have a problem with moss, you may have to end up getting an over-the-counter moss killer for stubborn moss.

On rubber roofs, moss can become a real problem. But if you kill the moss with bleach before you begin, then it should scrape off given it has been severely dried out. Of this doesn’t work, use moss killer.

If all else fails and you can’t get rid of the moss for good, hire a professional. They can install preventative measures for you after they finish and perhaps even make repairs if the moss has damaged the roof.

This will be more expensive than other options but it is much safer and easier as well. You likely won’t pay more than $500 or $600 for a job like this, which is a good price for a clean and safe roof.