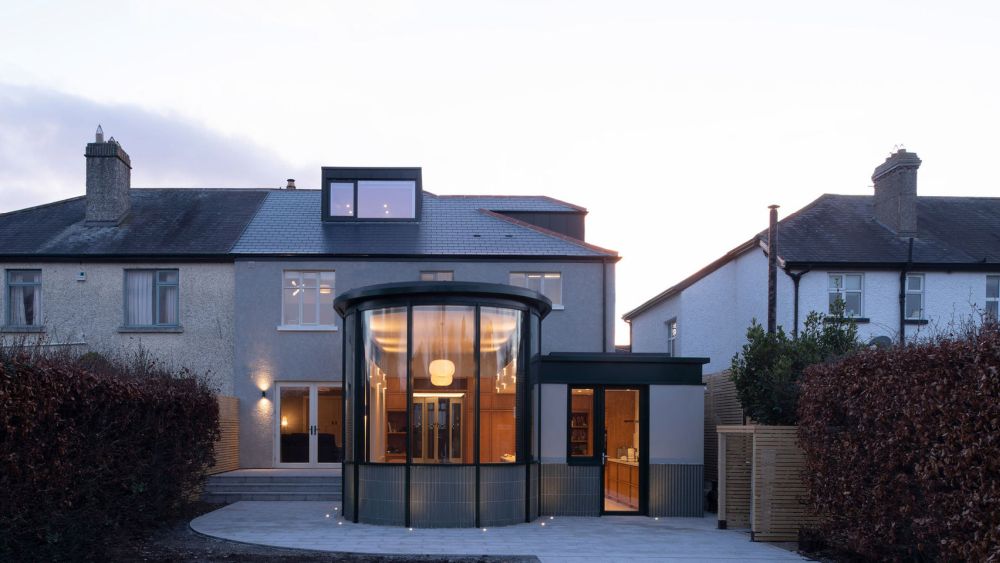 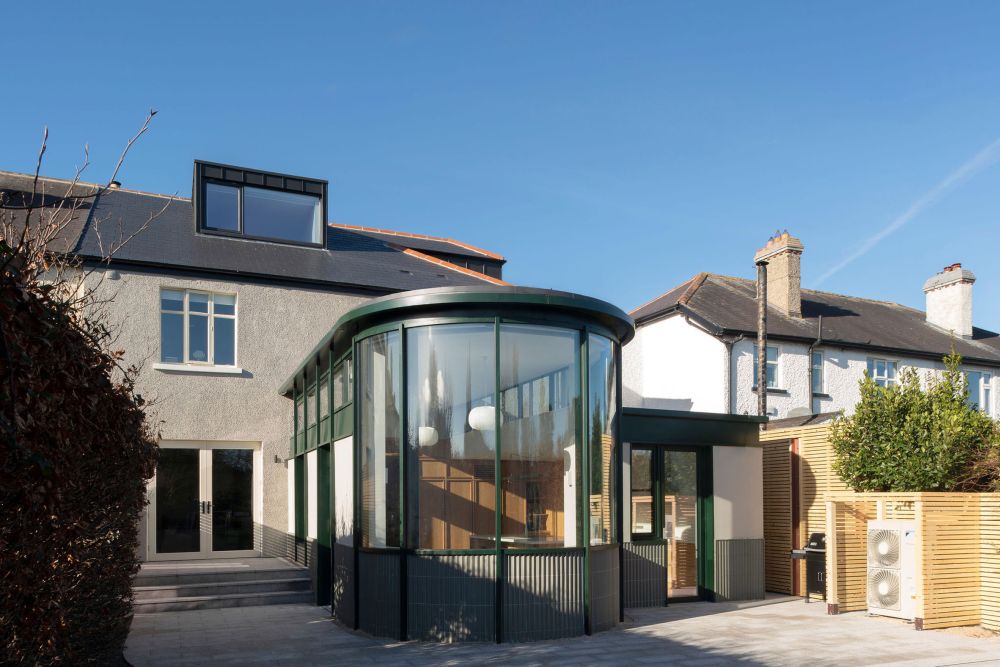 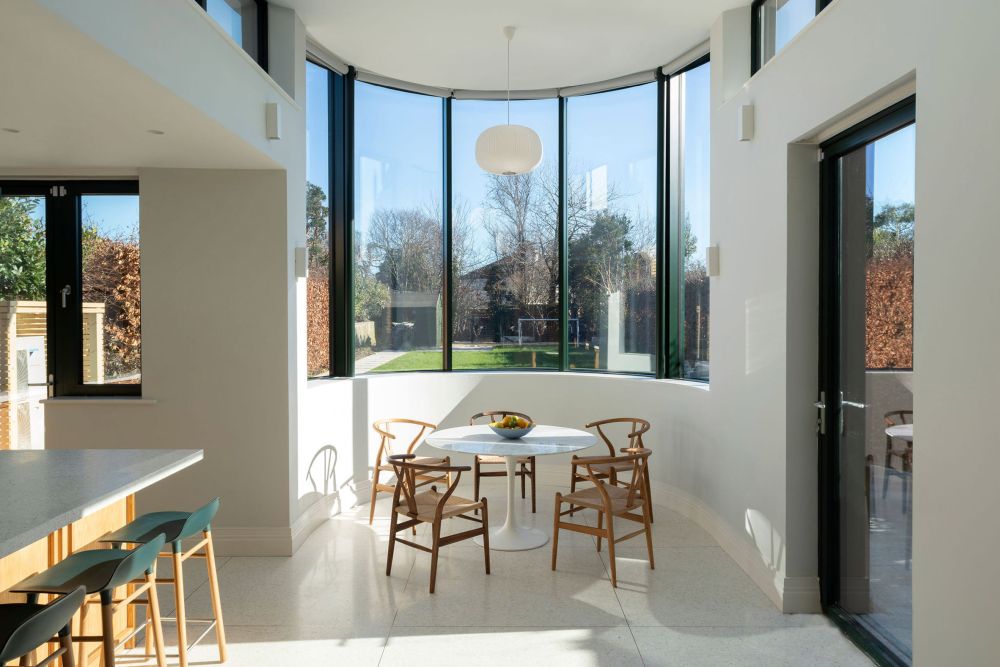 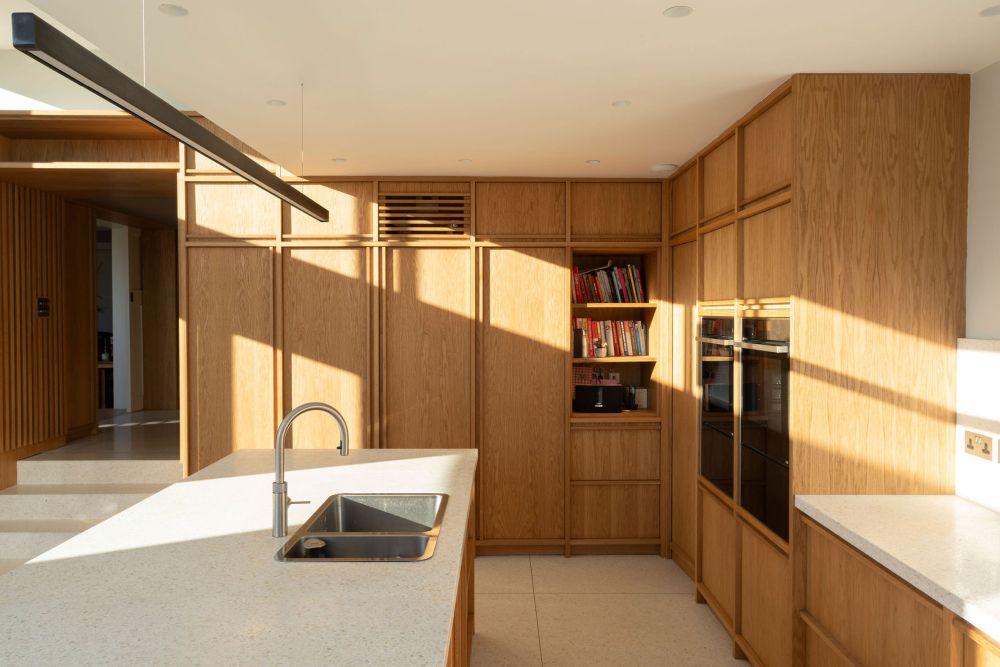 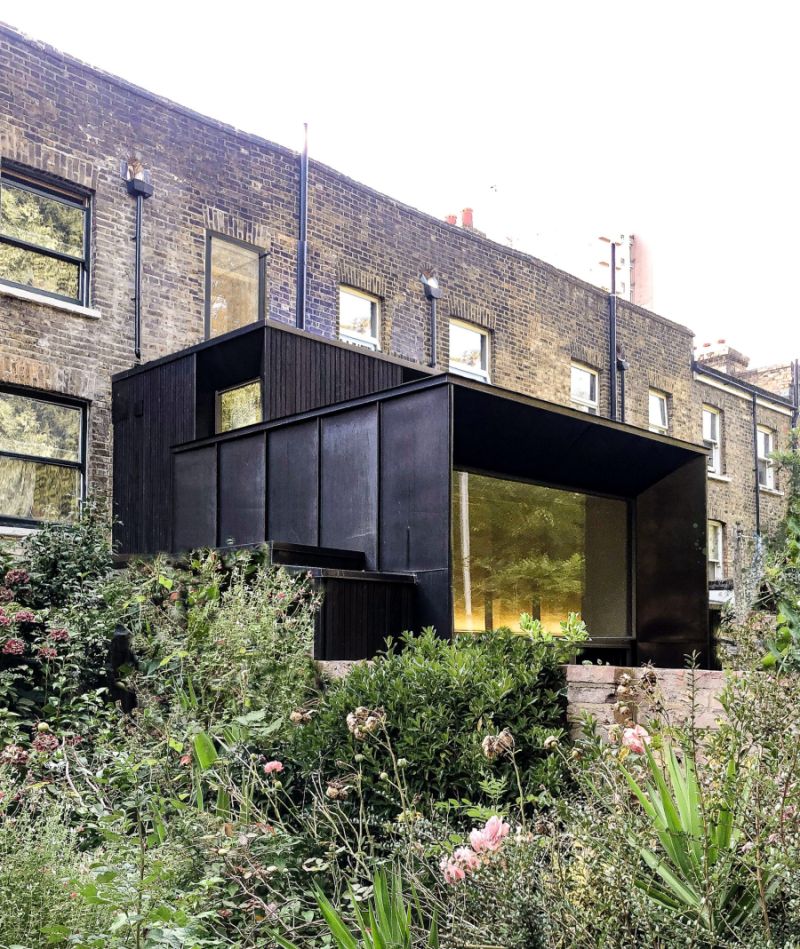 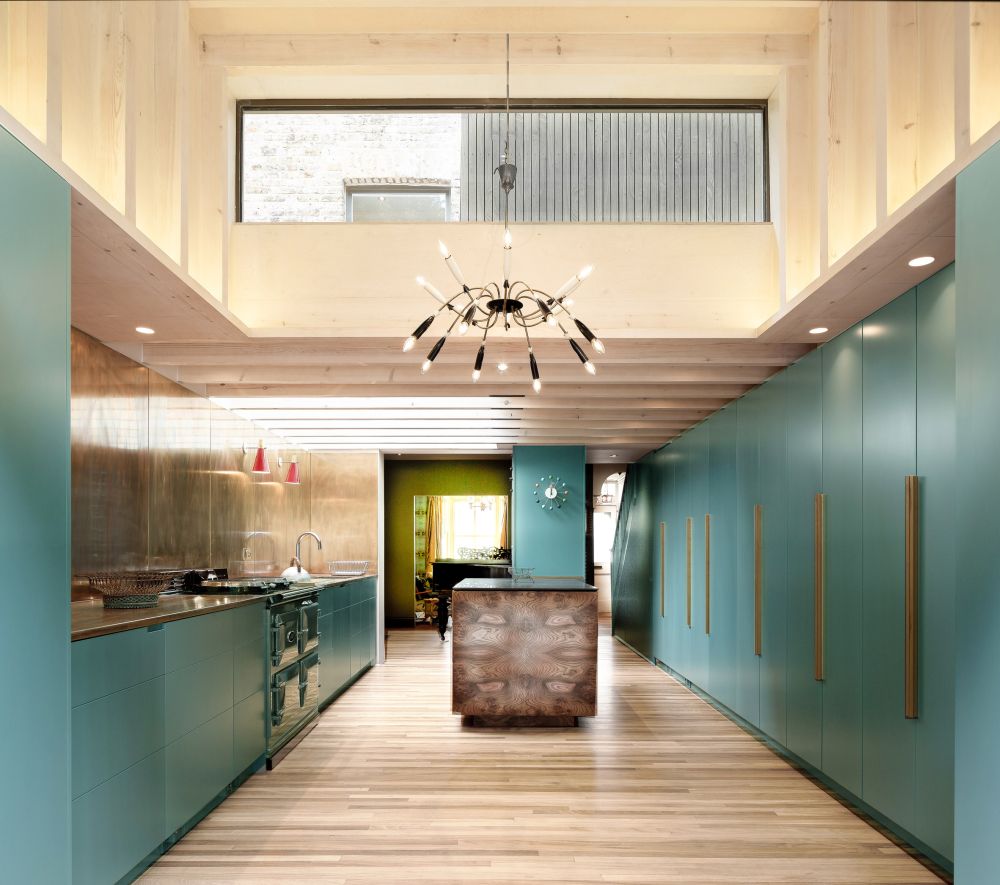 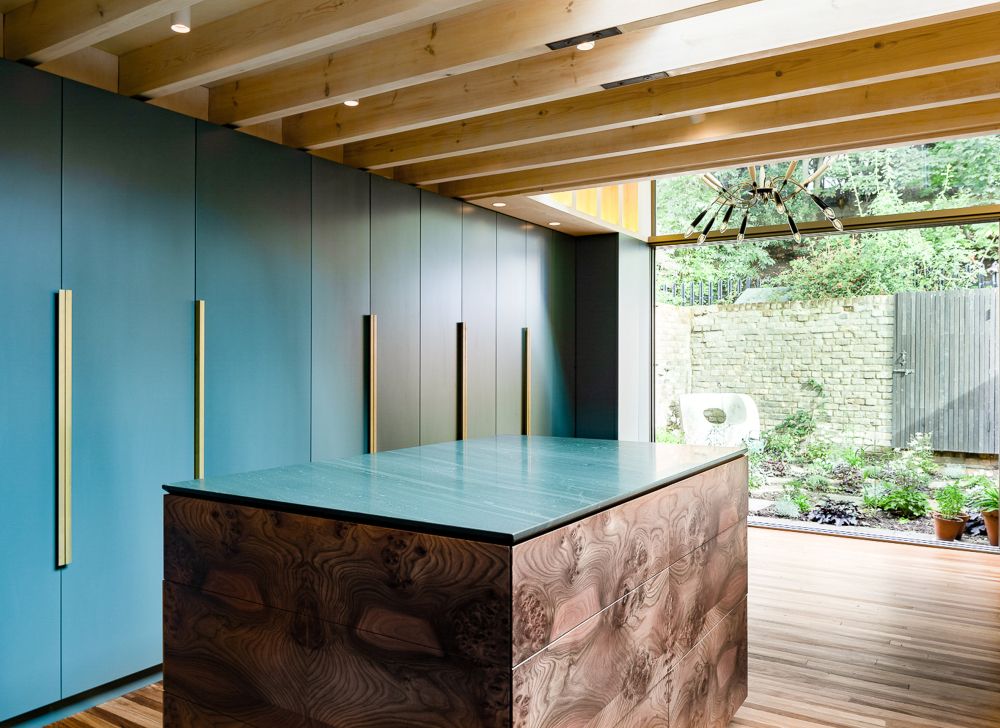 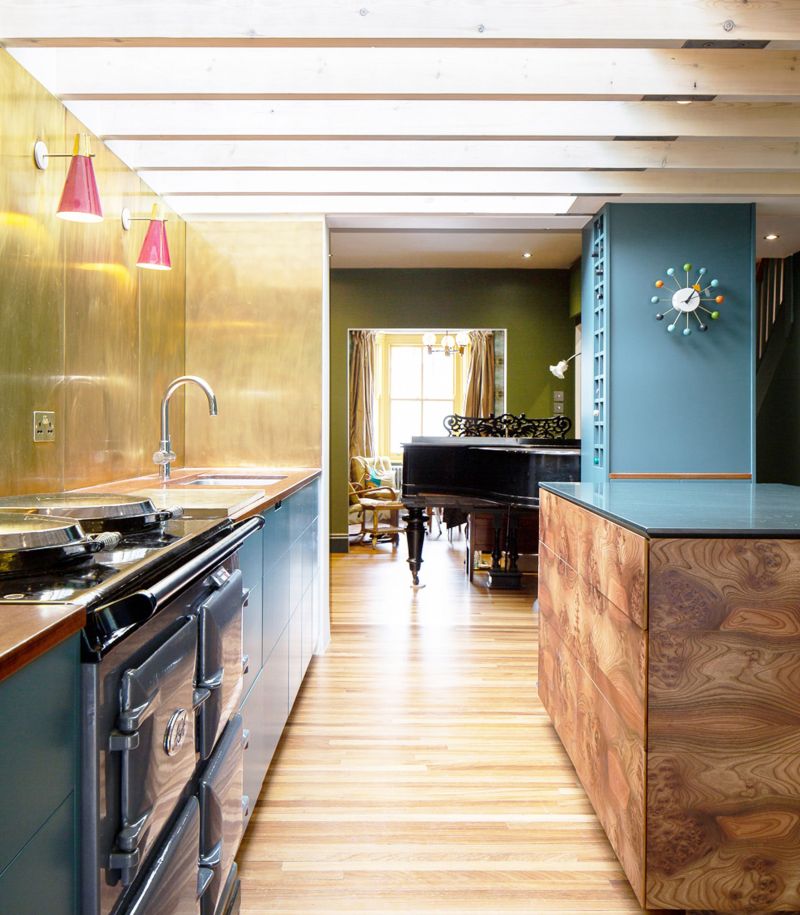 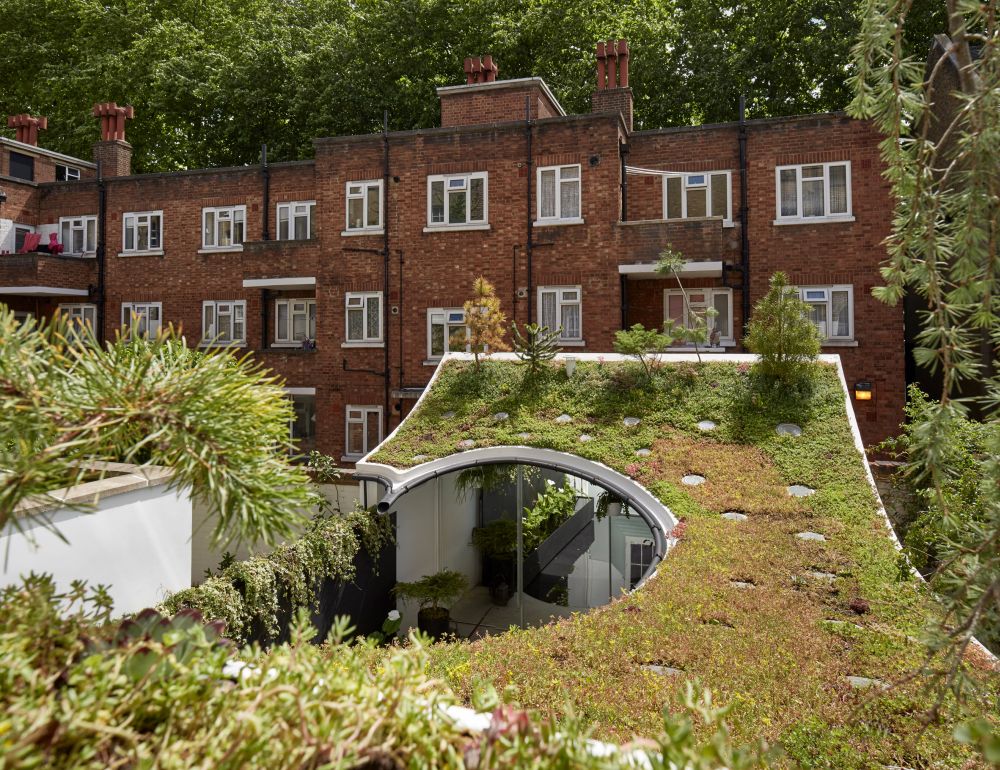 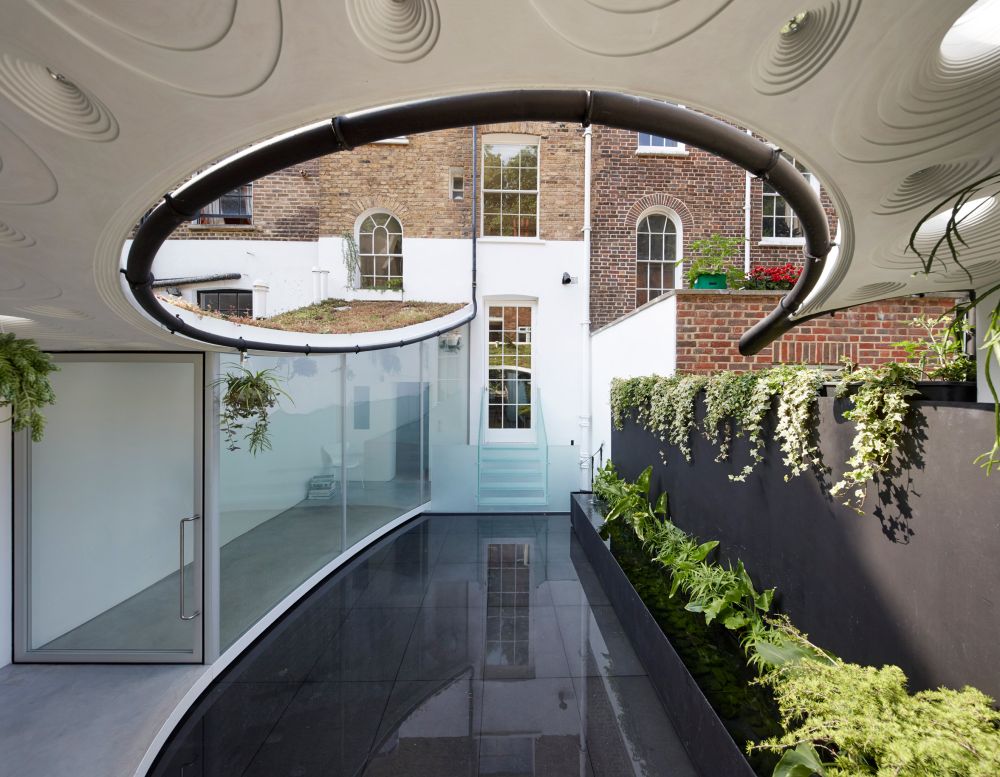 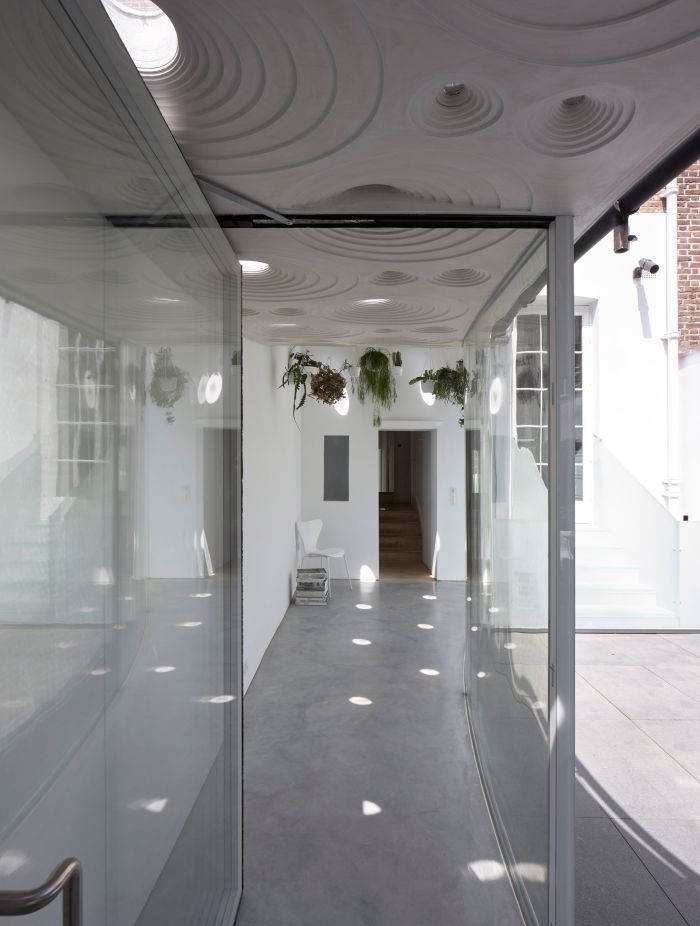 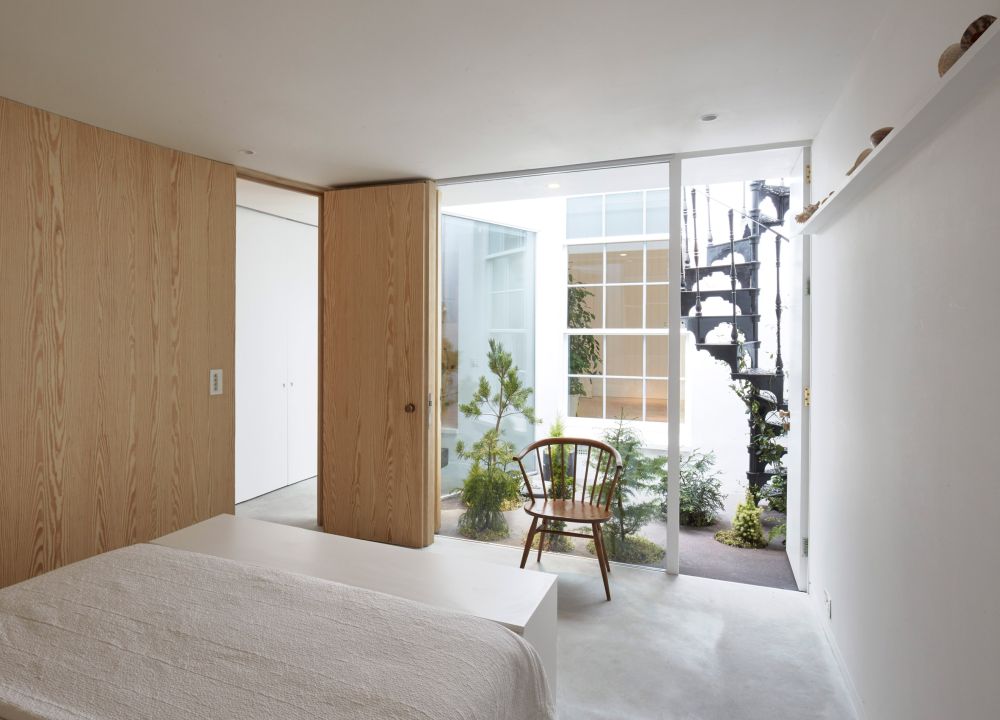 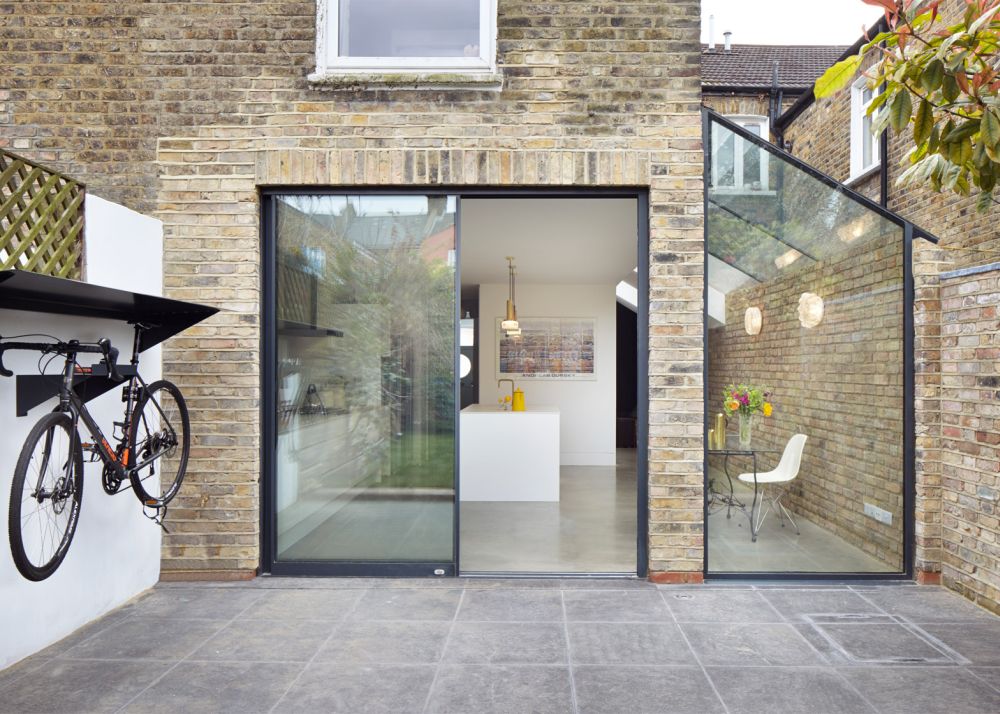 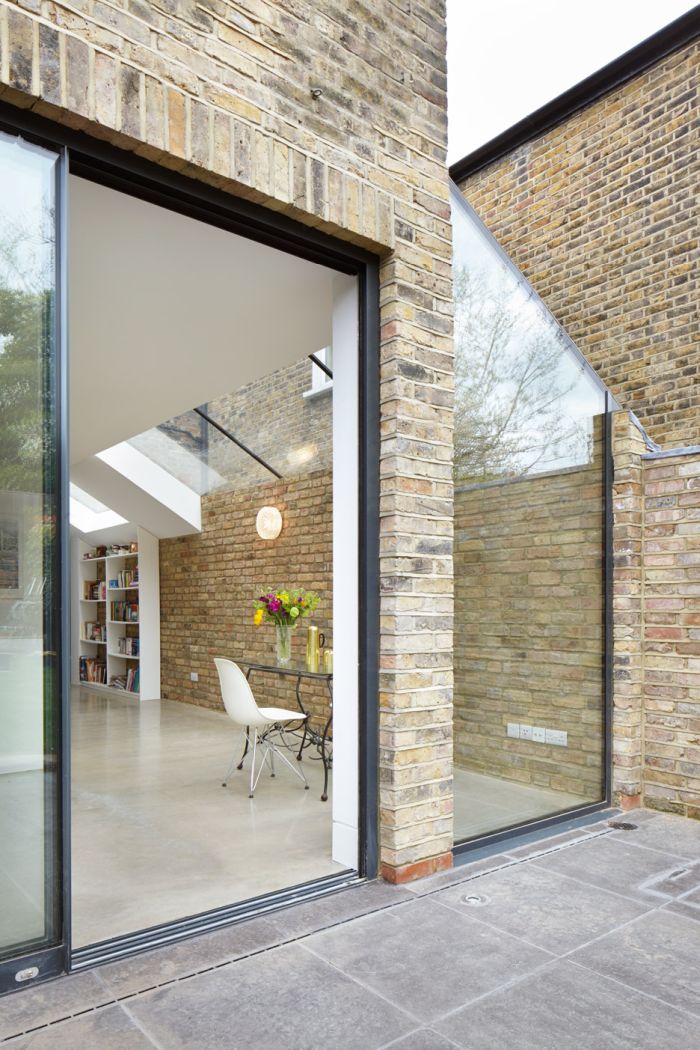 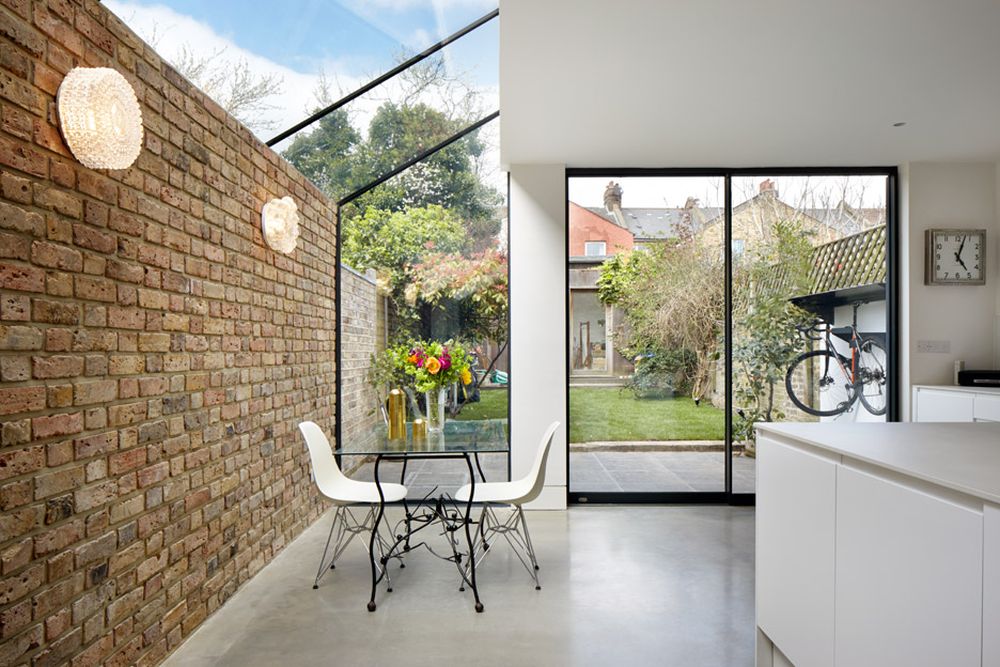 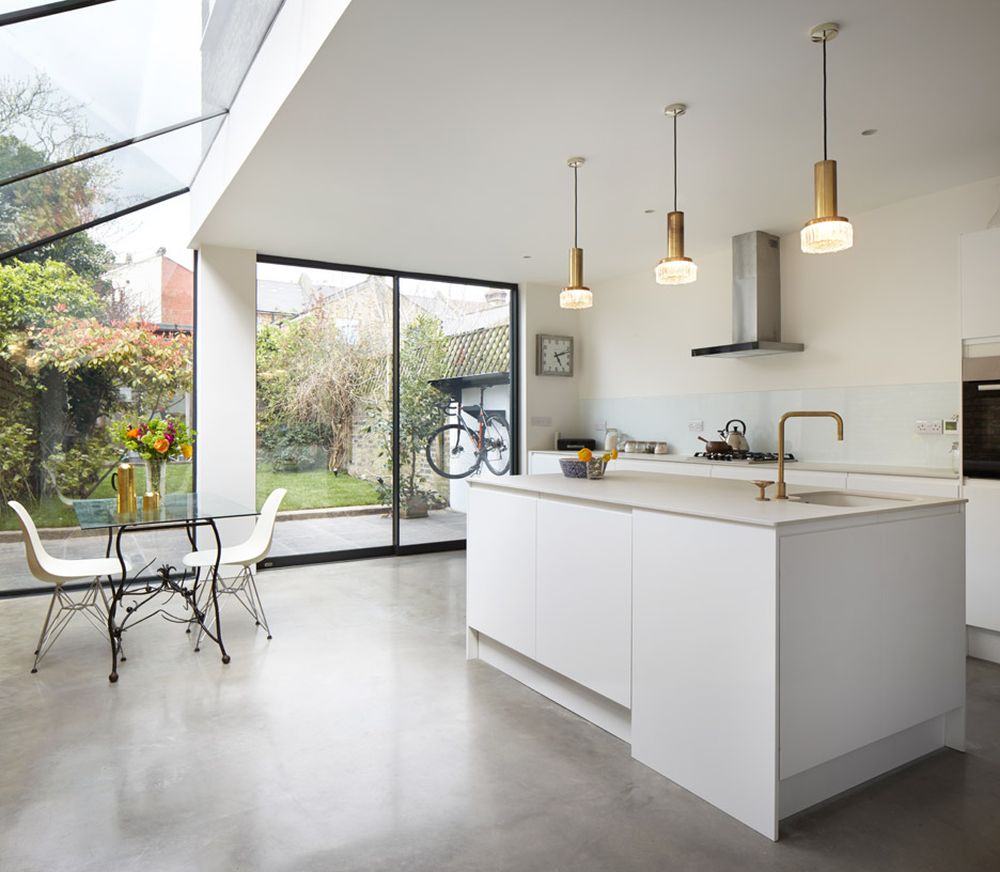 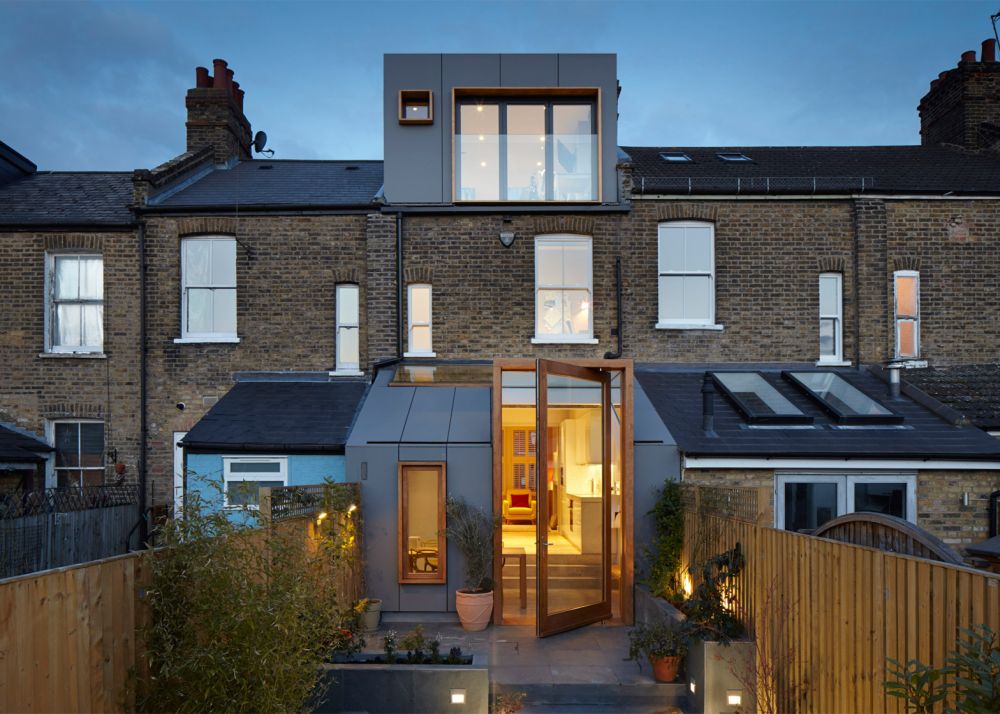 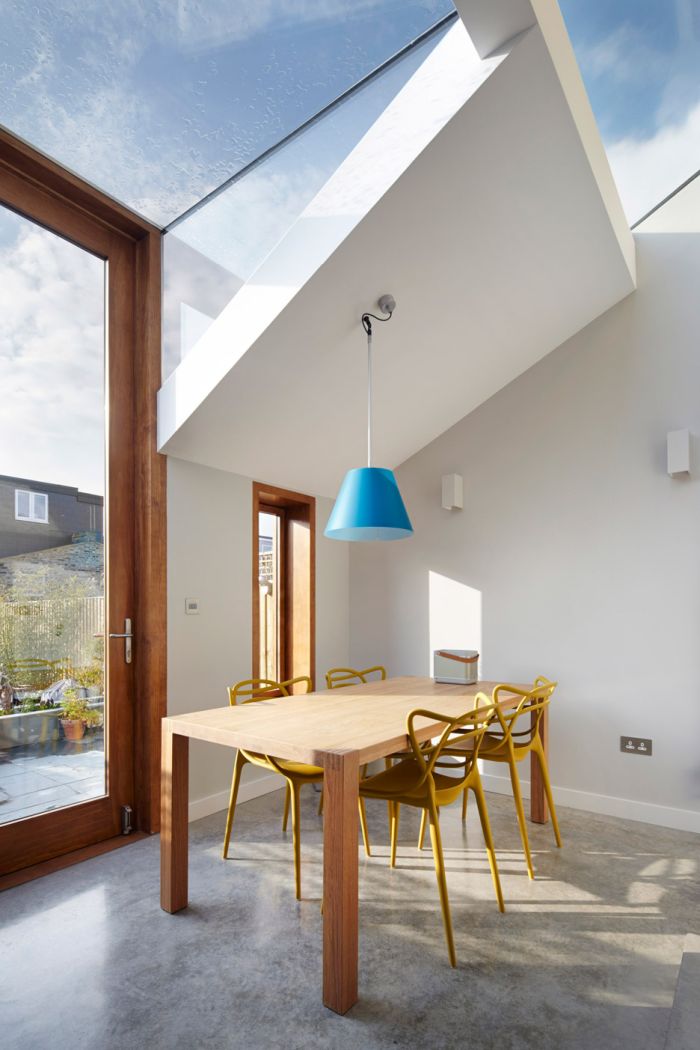 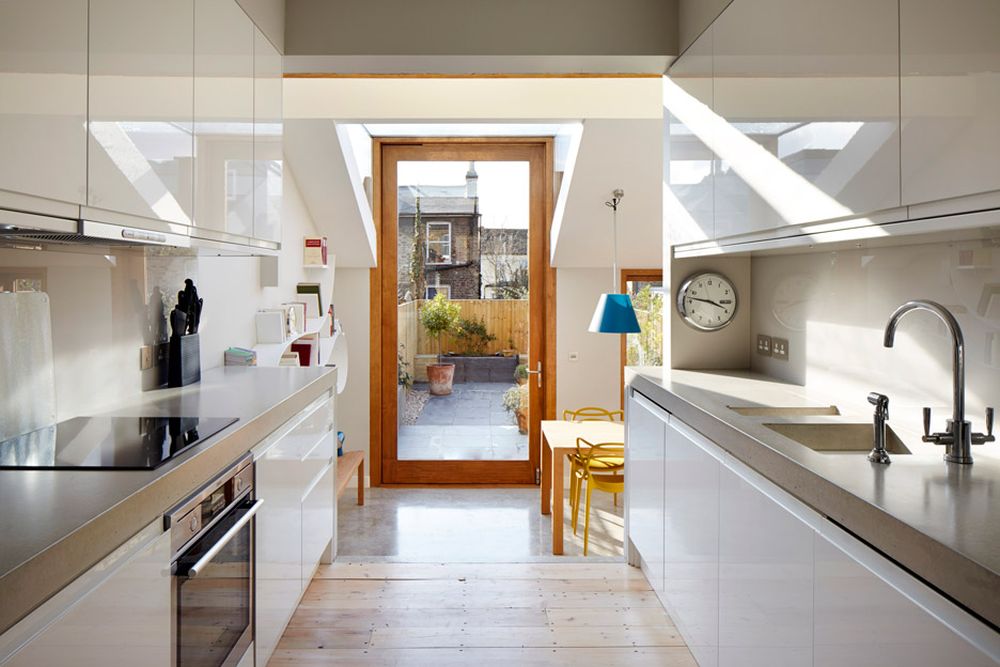 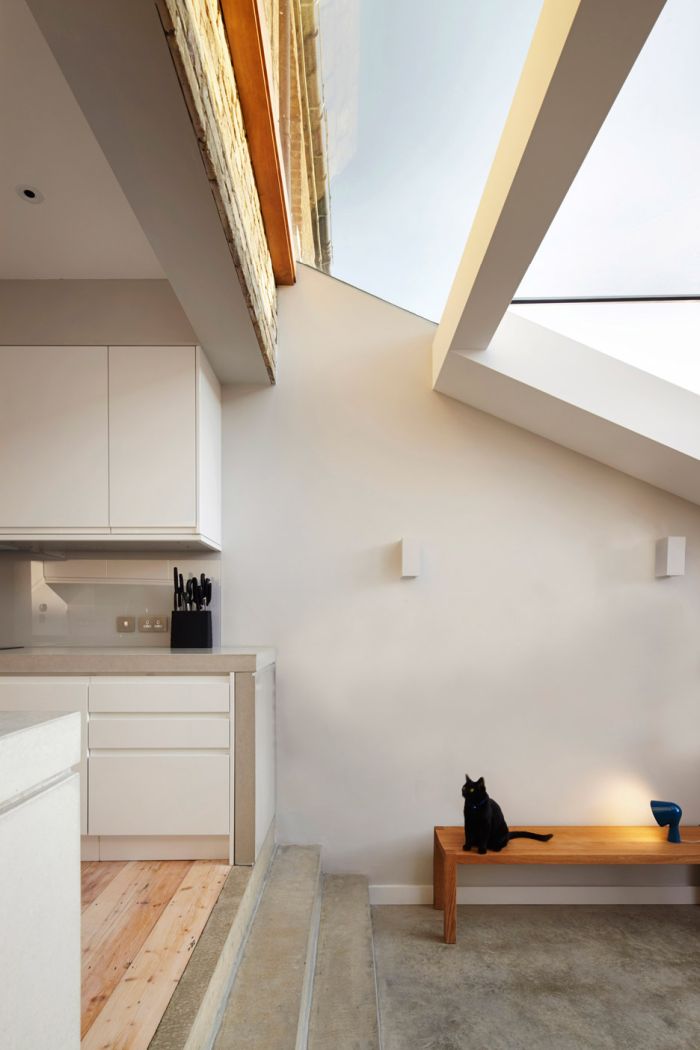 When a house becomes too small but its owners’ current needs, there’s usually two ways to deal with this problem. One is to move out and to find a new and bigger place to live, one that has all the required rooms and features.

The other solution is to build a house extension and to transform the original home into a bigger one. This option allows the owners to continue living in their beloved homes and allows them to add to it the new spaces and features that they require. Of course, the process is more complex than that so let’s check out a few house extension projects and learn more about it.

A 1930’s house with a new glass extension

The original house that you see here was built back in the 1930s and has been a lovely home ever since. Recently its owners decided to add an extension in order to create a more family-oriented floor plan. They worked with studio Scullion Architects to make this happen. The architects came up with a design that adds a curved glass section to the house, a structure reminiscent of Victorian conservatories but with a more modern and simplified aesthetic.

The house that we’re talking about is located in a suburban area from Dublin. Its original design gives it fairly small windows compared to many of the modern homes we see today and that makes the interior seem quite dark. The owners wanted this new glass extension to help bring more natural light inside of the main house and to strengthen its connection to the outdoors. Although it’s not a big extension, it completely transforms the house.

A two-story extension for a terraced house

This is a terraced house located in London, close to a railway station on the south side of the city. A new extension was added to it recently by studio Michael Collins Architects and you can clearly tell there’s a big difference in style and overall aesthetic between the old and the new sections. The extension is a two-story structure with a very boxy look and a simple geometry. It was named The Jewellery Box referencing the fact that its simple exterior is only a cover for the beautiful and stylish interior of the house.

The project involved not only building this new extension but also renovating the interior of the existing terraced house. As a result, the floor plan has been reconfigured. On the ground floor for example, the oxidized copper extension houses the kitchen and dining areas which have been repositioned here. The upper floor which is clad in charred cedar wood contains a new bathroom and has a roof deck.

Sometimes house extensions are designed to blend in with the original design as much as possible in order for the transition from old to new to be seamless. Here however the strategy was quite different. This extension was added by studio Tonkin Liu to a London townhouse and it’s nothing like the original building. For one, it has a green roof and a really unusual concave shape.

The new extension was added to the back of the existing house and its role was to add more living space as well as a work area to the main home. It also makes use of the property’s outdoor garden area which was previously not being used for much. The owners chose a contemporary aesthetic for this new section, one which contrasts greatly with the facade of the old building. They gave it this really cool roof made of layered plywood which curved and spans the entire length of the garden. It has a concave shape and there’s a big opening it in which allows the sunlight to enter the rooms below throughout the day.

A London home with a glazed extension at the back

Once again, we’re looking at a beautiful house found in London. It’s a lovely family home that has been outgrown by its owners so they decided it was time to expand. They worked with Rise Design Studio and managed to come up with a really cool and simple plan which ended up transforming the house’s entire ground floor. The extension was added to the rear of the existing house and was meant to open the interior more towards the garden and to bring more natural light in.

The contemporary and minimalist aesthetic of the new extension contrasts with the exposed brick walls of the existing house but the two styles manage to coexist harmoniously and to complement each other. The flat white walls and ceiling highlight the textured brick walls and put more emphasis on it. The extension contains the home’s new kitchen and dining area and its glazed design also lets the light get deeper into the house, transforming the entire ground floor.

A contemporary house extension with a huge pivoting door

Looking at this London house you may have noticed that it’s not just one but two different sections that stand out. That’s because the dormer window at the top had been previously refurbished and then the extension was added down below and made to match this style. The house now has two contemporary modules which contrast with its original design. The extension was added by studio Alma-nac and is rather interesting, mainly because it features a three-meter high pivoting glass door.

This oversized pivoting door is actually taller than the sloping roof of the new extension and protrudes from it introducing a series of skylights and corner windows. The main role of this extension was to add a new dining space to the house’s small ground floor area. It actually ended up having a bigger impact on the main house than planned as the existing partitions between the living room and the kitchen were also removed in order to create a larger and more open floor plan. The big glass door that we mentioned earlier helps to connect the house to the garden and to brings lots of natural light into these areas.