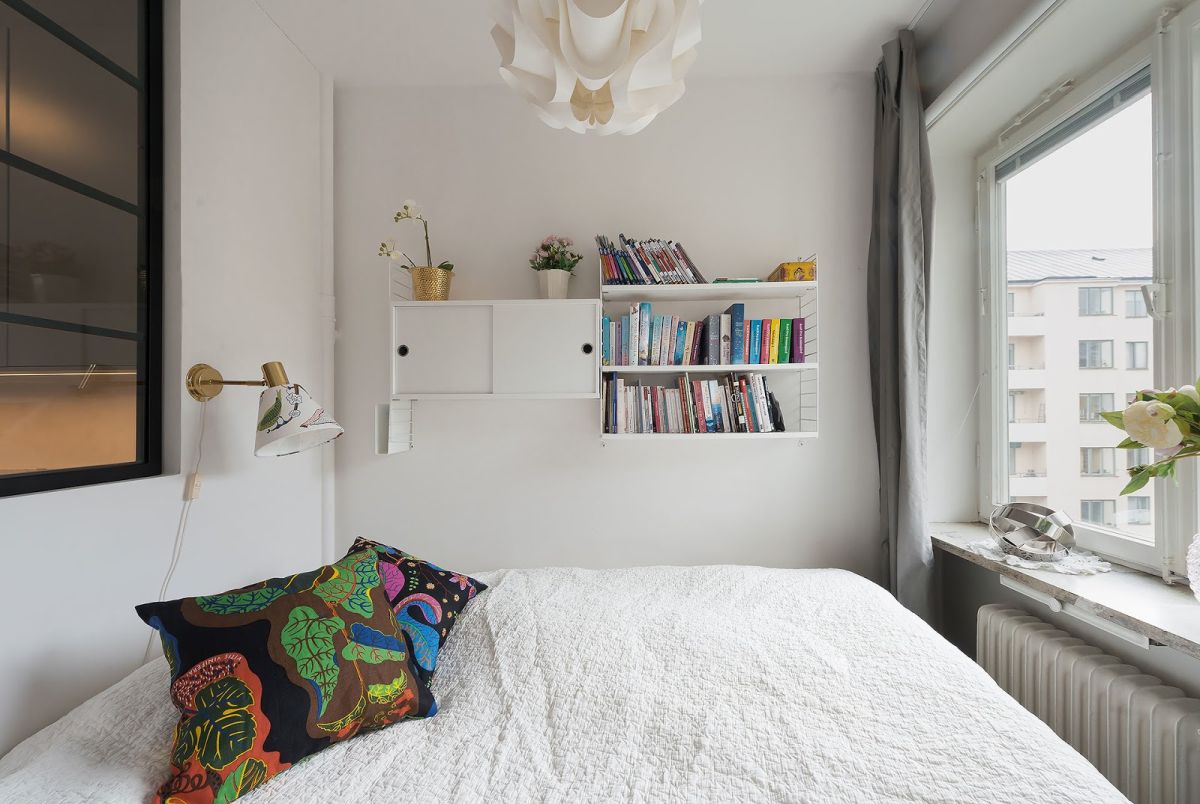 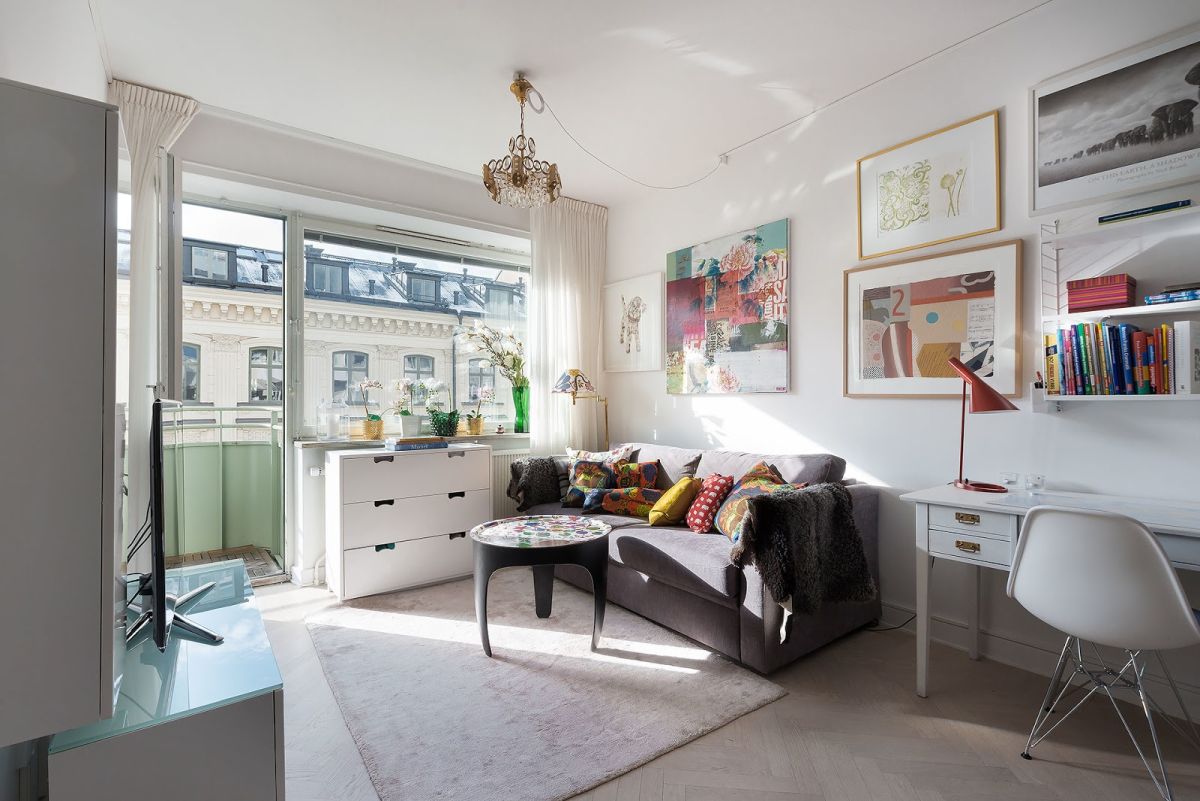 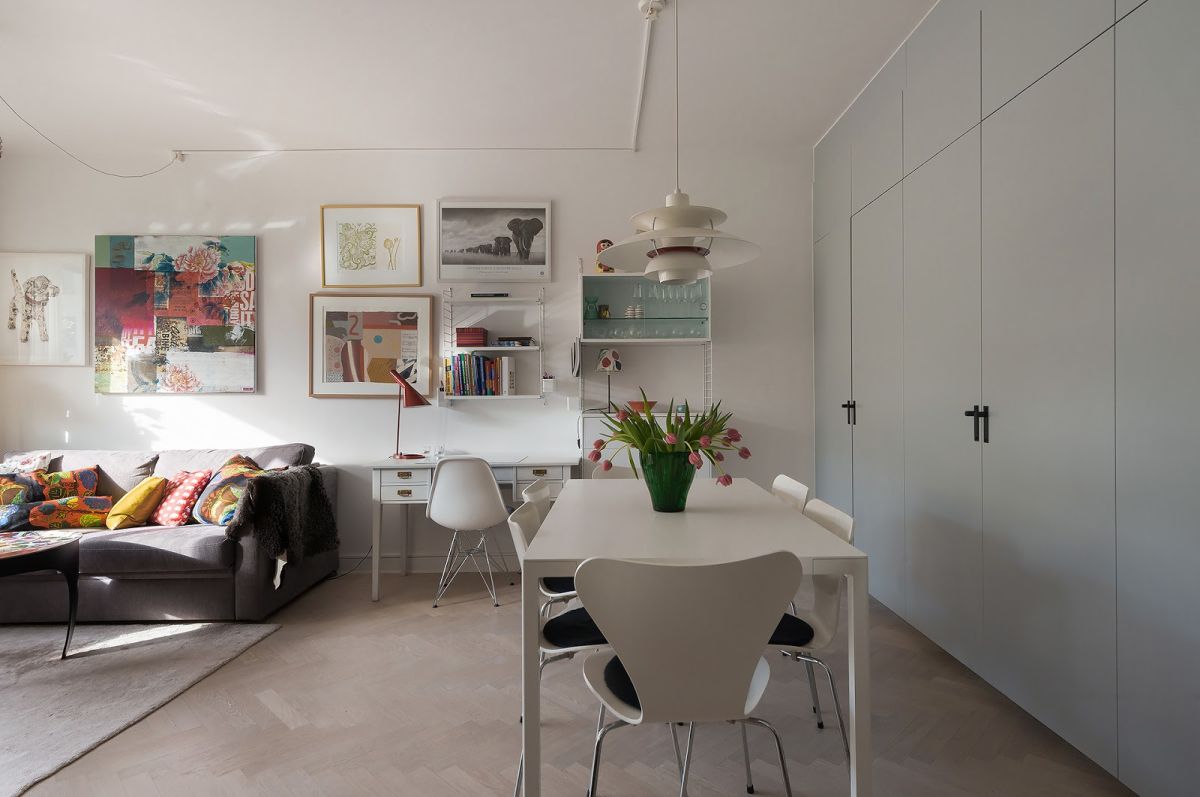 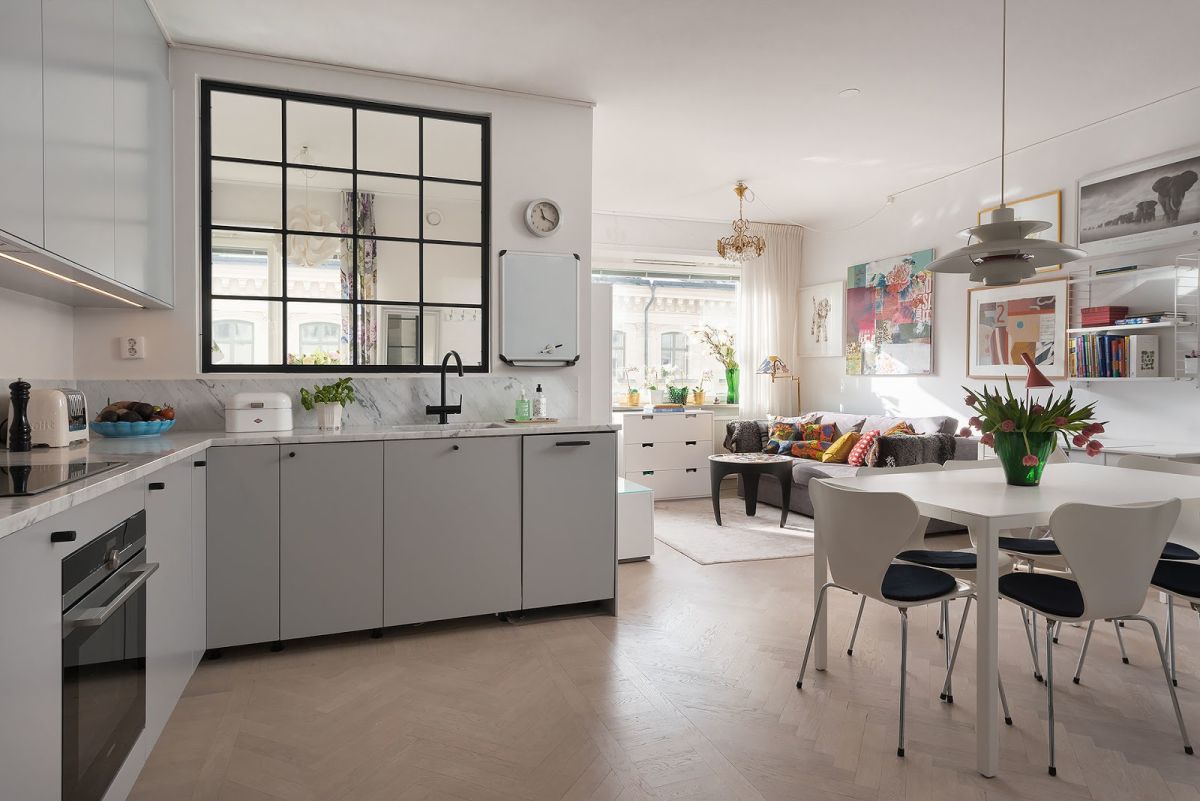 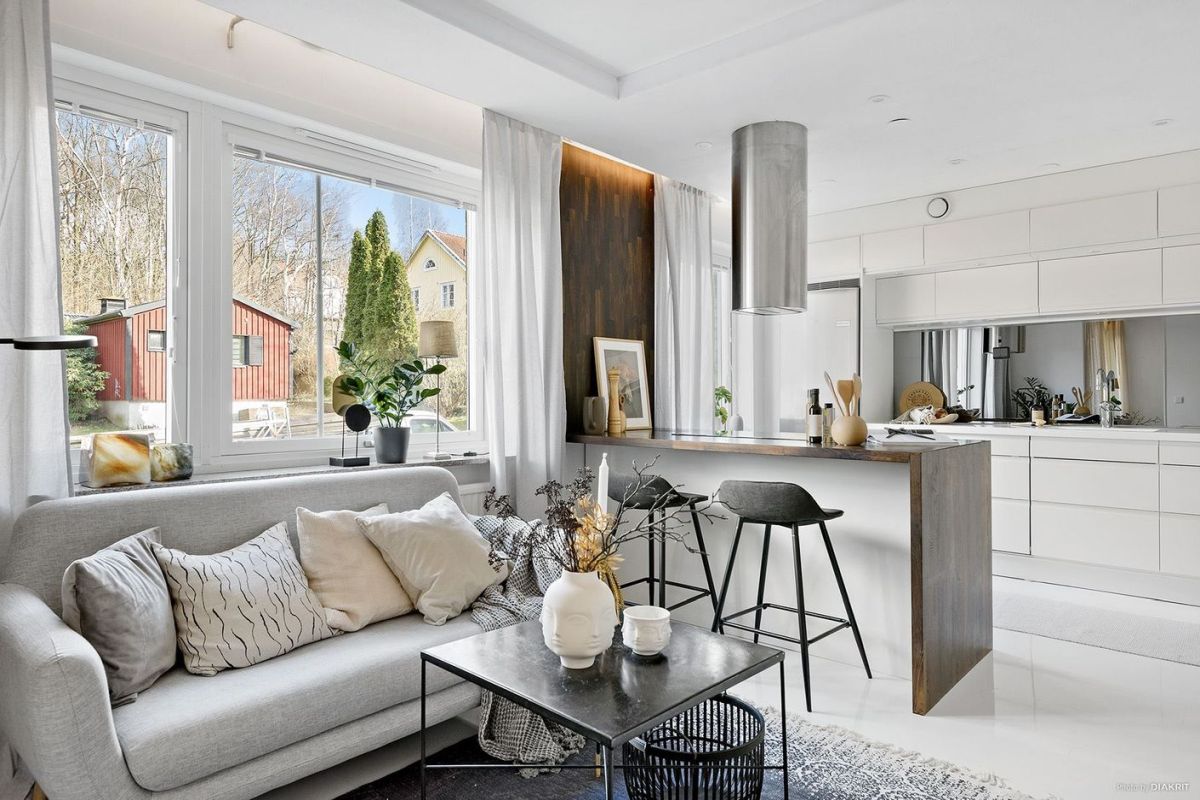 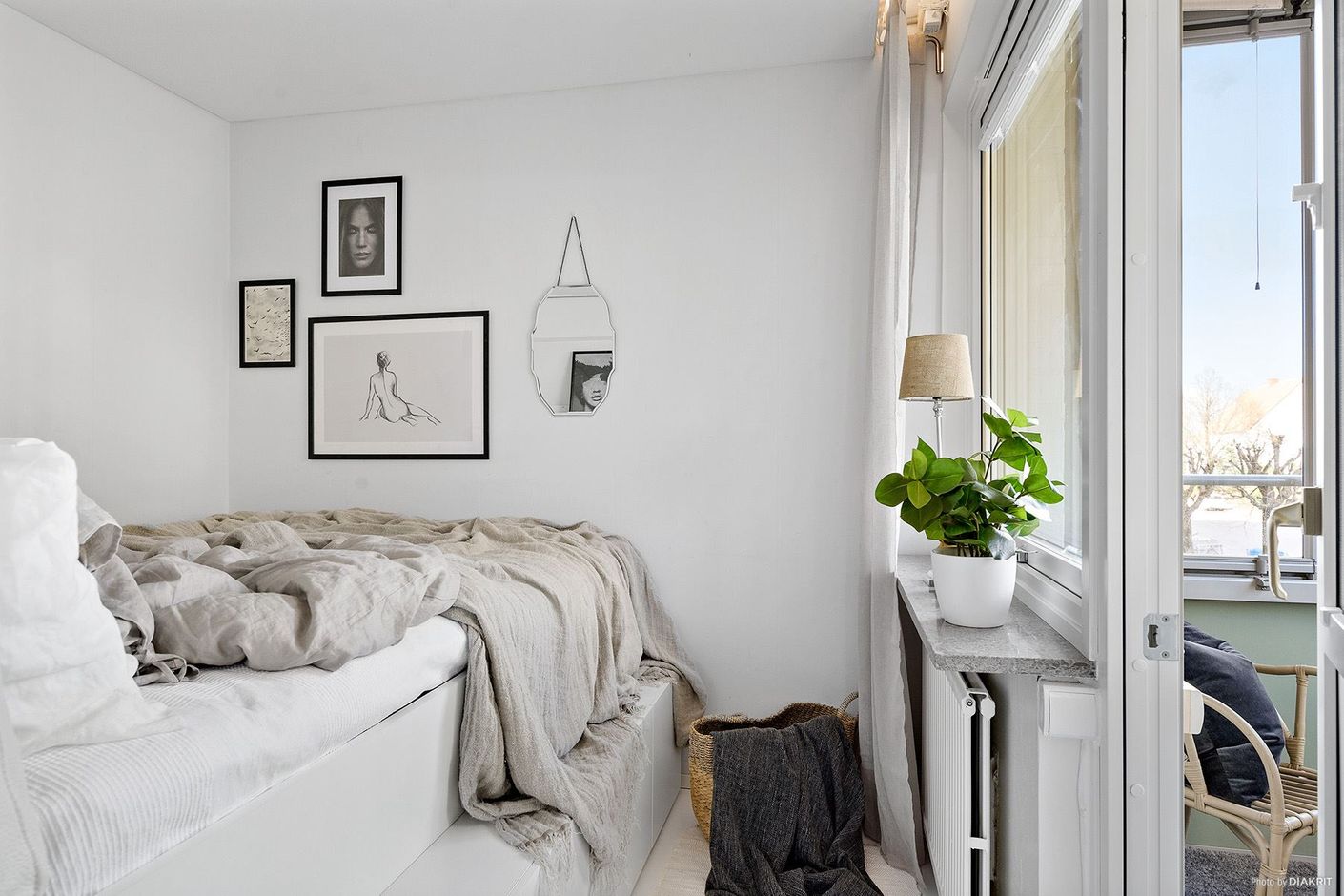 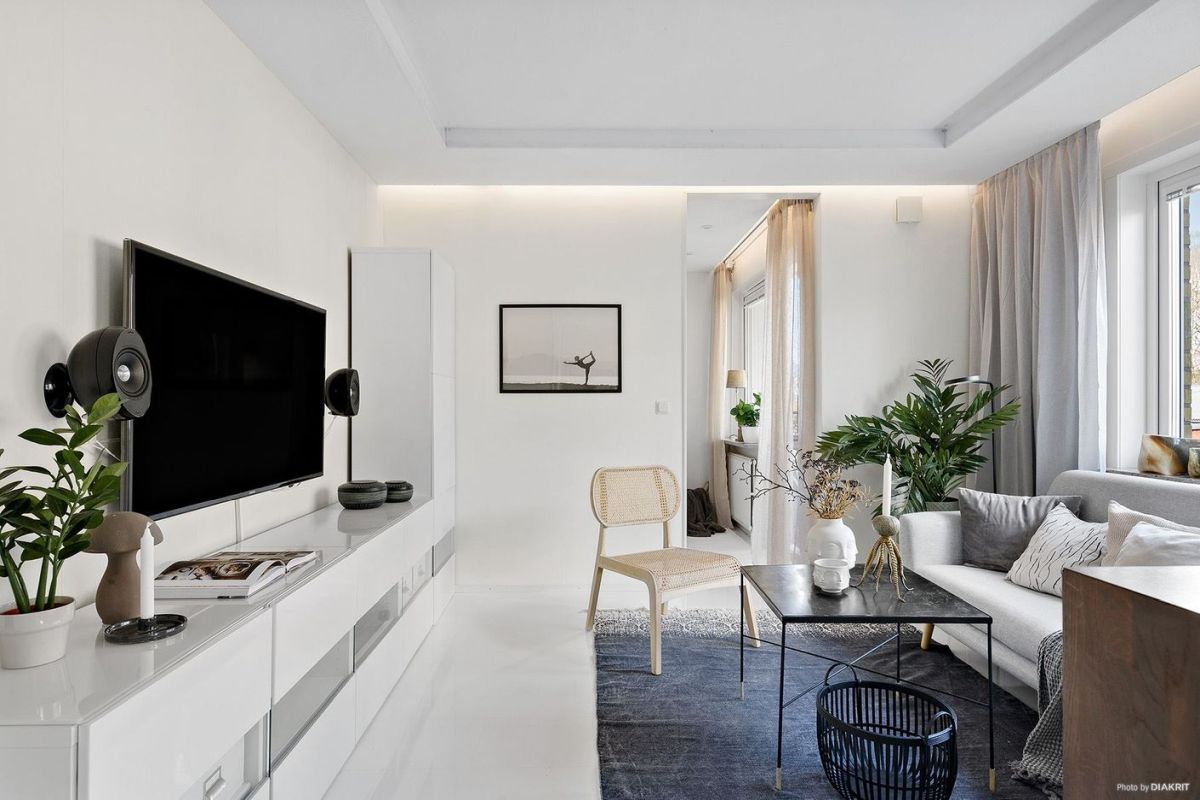 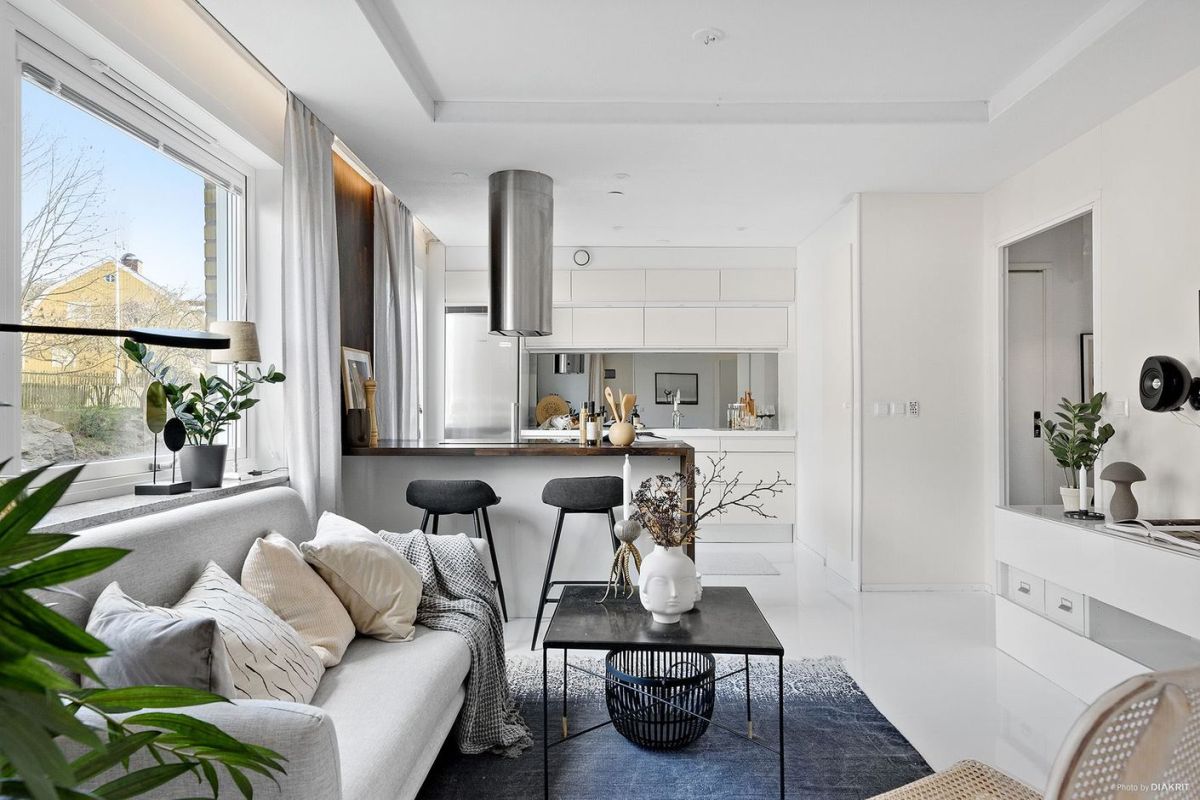 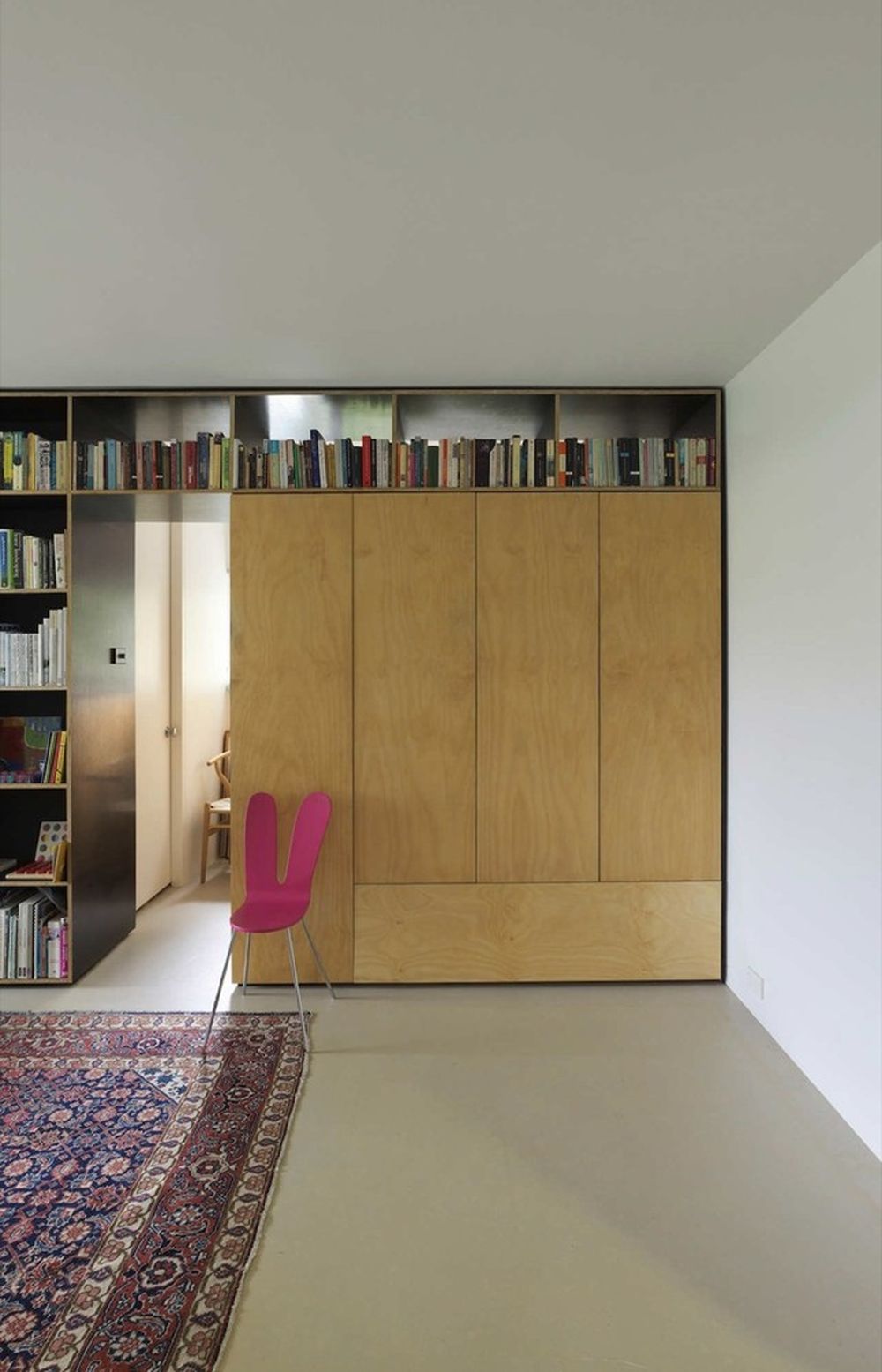 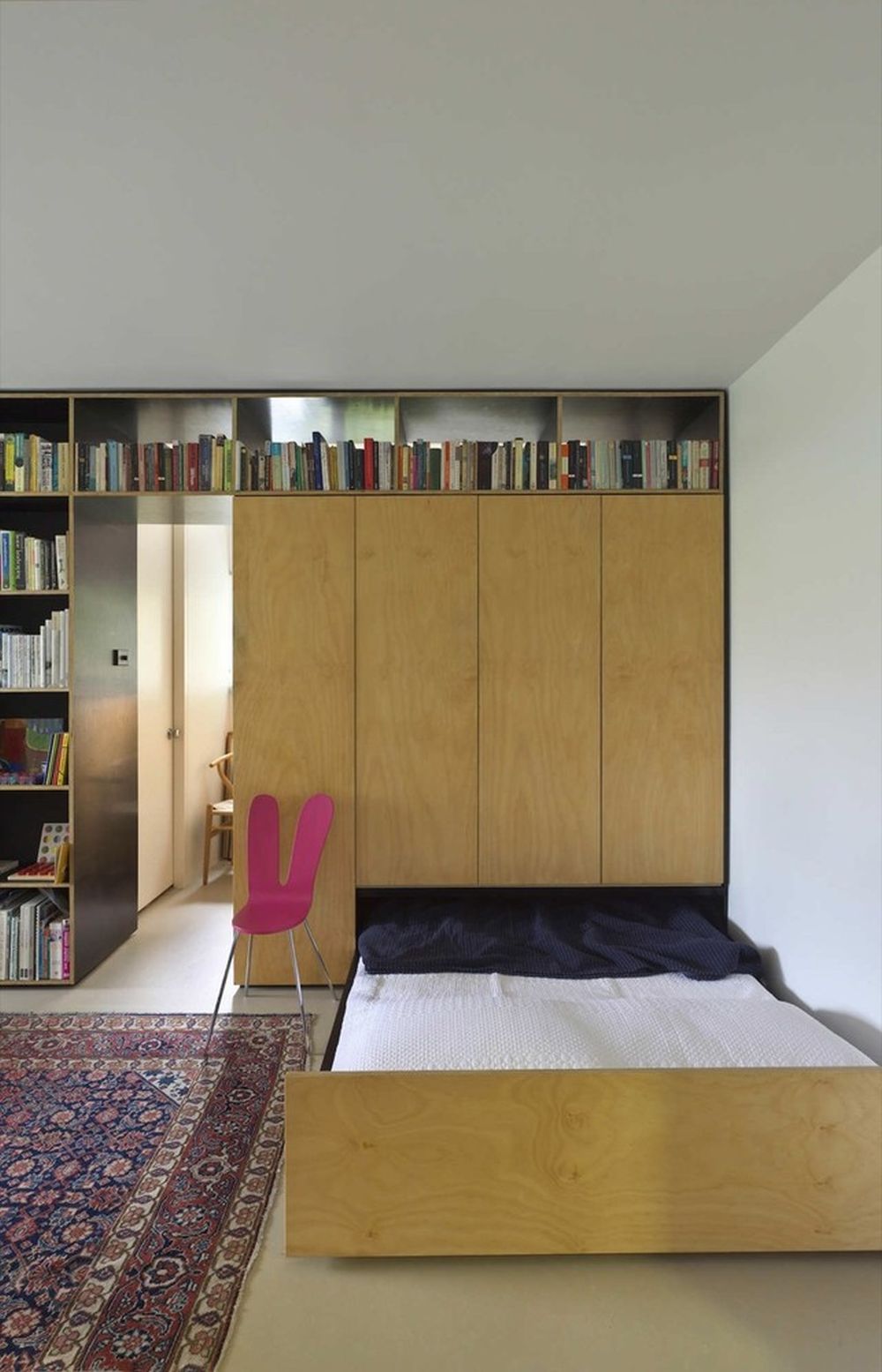 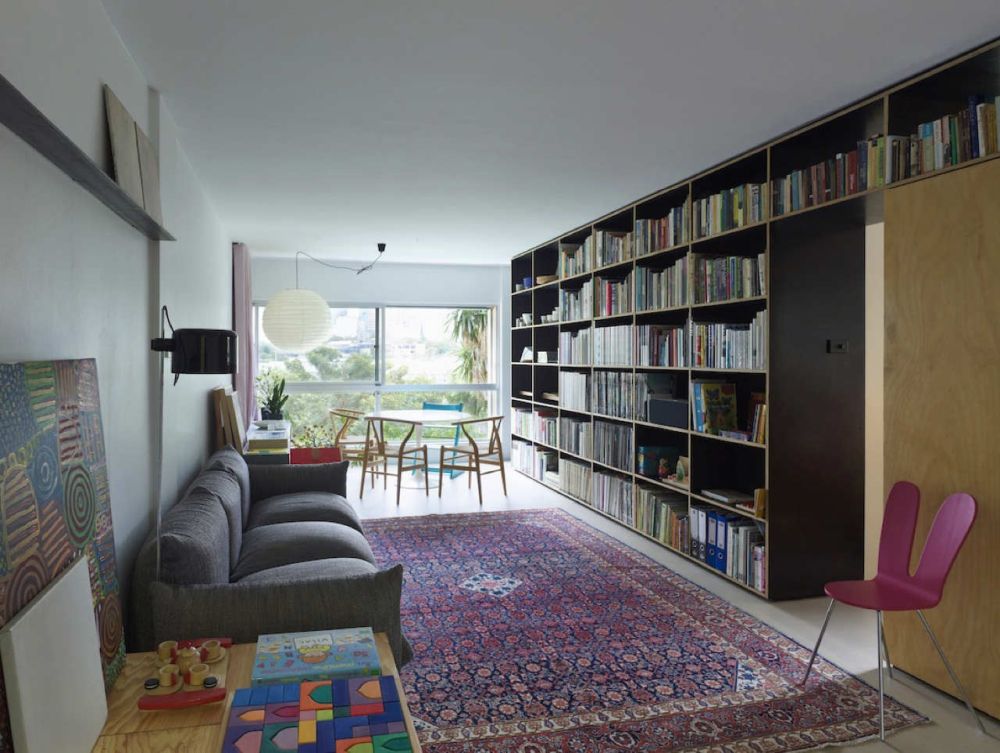 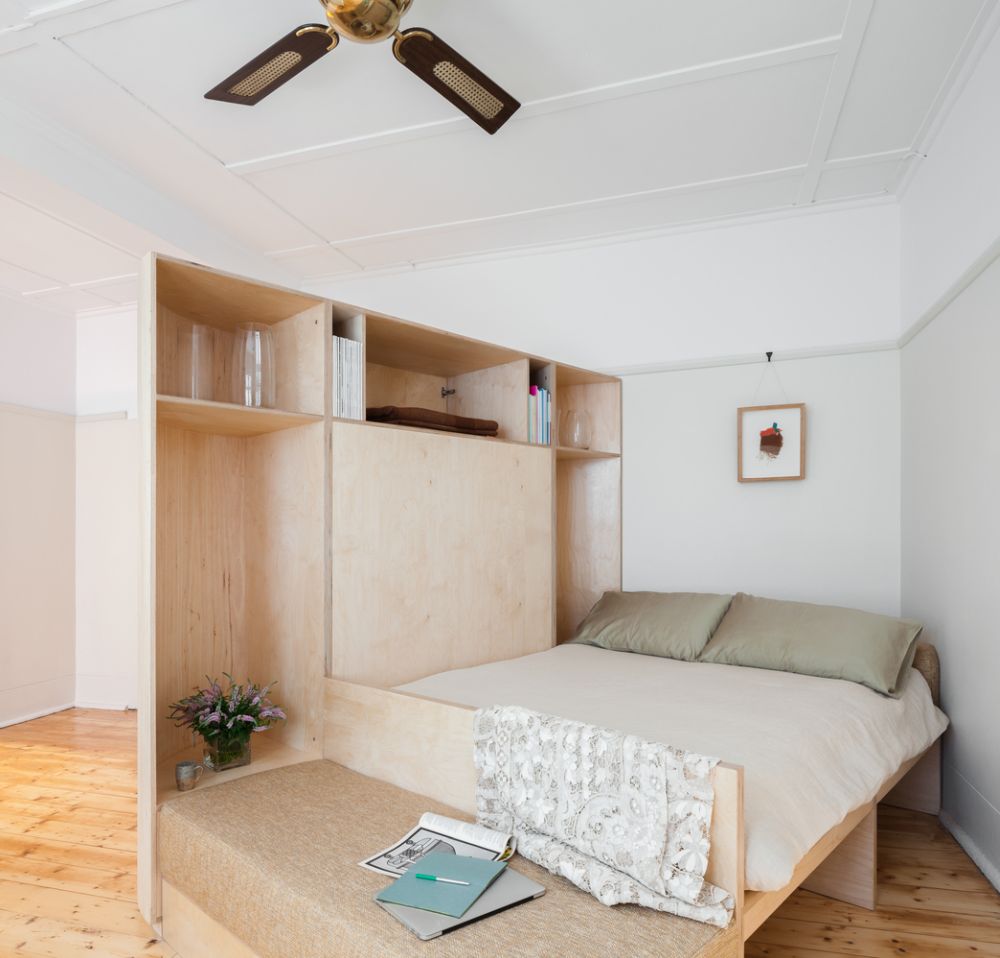 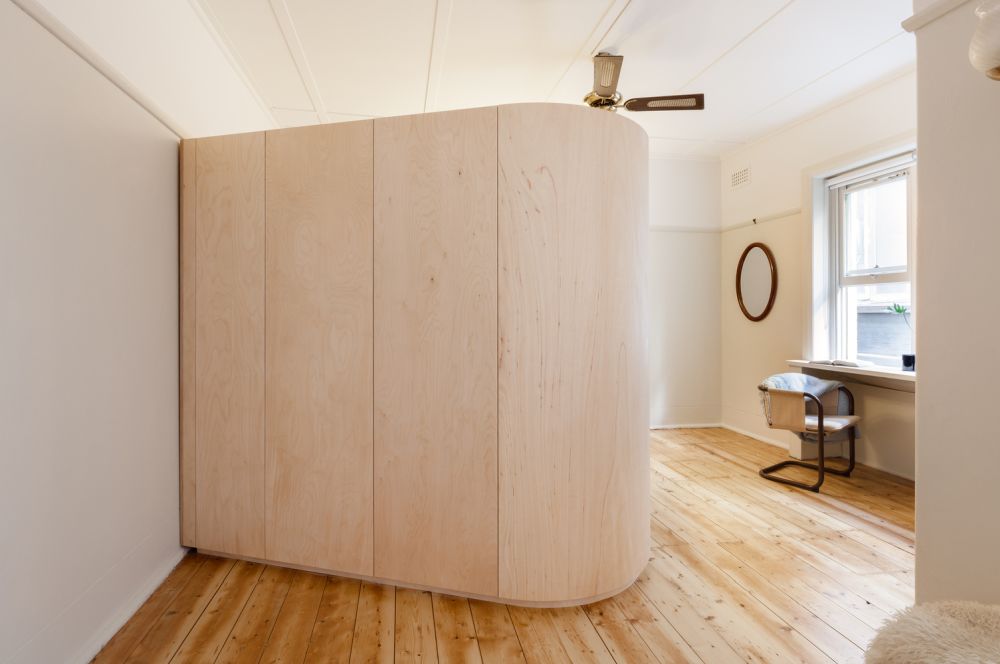 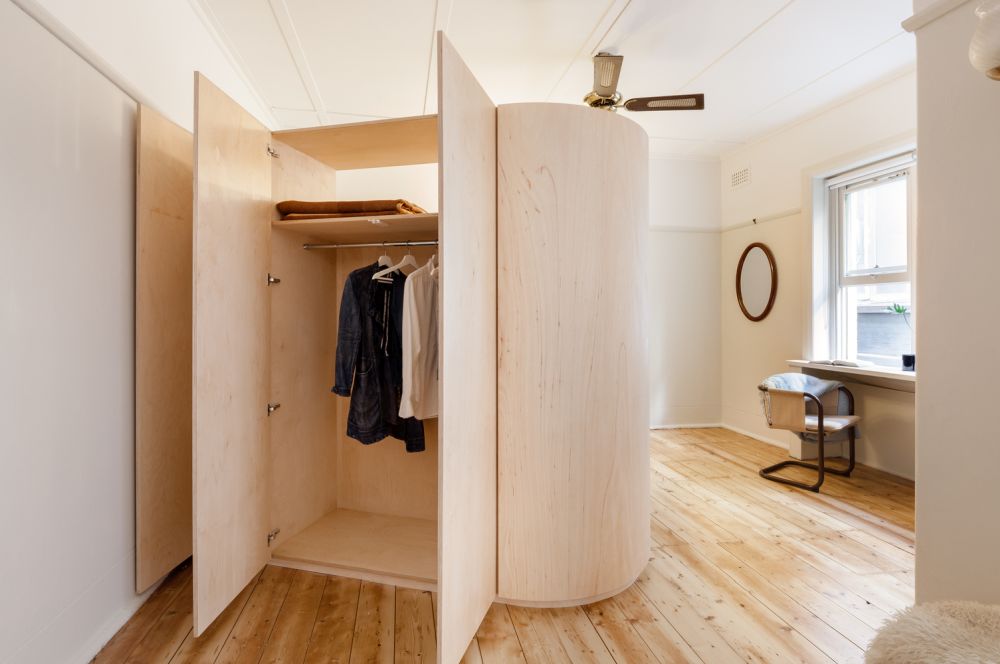 One-bedroom apartments are not ideal in any shape or form. They’re compact and that can sometimes be very practical but they rarely have enough space inside for everything. Of course, that shouldn’t discourage you. In fact, figuring out the best way to organize and to furnish and decorate such a space can turn out to be a very exciting challenge and there are a lot of cool examples to use as a source of inspiration. Below you can find a few interesting one-bedroom apartment plans that are unlike anything else you’ve seen.

This is a 36 square meter studio apartment from Darlinghurst, Australia. The idea behind its design was to create a suitable space for short-term rental. It makes use of custom furniture to create separation between different areas within the apartment. There’s a small kitchen, a bathroom, a sleeping area and also some space to sit and relax in with, alone or with guests. This was a project completed by studio Catseye Bay Design.

To save space inside this small apartment in Paris, interior design firm Batiik Studio came up with the idea of a compact custom bedroom. It’s not a separate room per se but rather a custom-built unit positioned in one of the corners of the apartment. This black box has a set of stairs, built-in LED lighting as well as a built-in shelf. The wooden interior is very warm and cozy and that’s where the sleeping area is.

The strategy used by architecture firm studio raro is an interesting one as well. Rather than hiding the bedroom inside a black box, they designed it as a more transparent and open space. This is a small one-bedroom apartment located in Trento, Italy. It has an open floor plan which makes it feel lighter and brighter but of course it does offer plenty of privacy as well. The bedroom is raised on a platform, taking advantage of the high ceiling. This allows it to stand out and to actually be a separate space but at the same time the bedroom is encased in glass which connects it to the rest of the apartment.

This is another really interesting one-bedroom apartment with a very cleverly organized interior. This is a design created by Iryna Lysiuk of The Interior Workshop. As you can see, the strategy here is very similar to one we mentioned earlier. The bedroom is once again encased in glass. The main reason for that was in this case to allow the natural light to travel through the glass and to also get inside the bedroom. At the same time, the glass walls create a clear separation between the spaces.

Architecture and interior design studio Vão took on a very interesting remodel project back in 2017. It was a 50 square meter one-bedroom apartment in Pinheiros, Brazil which they had to redesign and reorganize. The owners wanted the bedroom to be isolated from the rest of the space and since adding more walls would have made the apartment seem even smaller a different plan had to be devised. The designers ended up creating a custom storage unit which has open shelves and a TV console on one side, more storage on the other and a ladder. This sleek metal ladder gives access on top of this box-like volume and that’s where the bedroom is situated.

This is a 38 square meter apartment located in Sydney, Australia. A few years ago the owners wanted to re-design the interior to make room for a separate bedroom for their daughter and to add more storage space. They also wanted for space in the living room. Naturally, adding more features takes up extra space and since the apartment was already small, the team at Anthony Gill Architects had to be clever about it. The solution that they came up with was to separate the daughter’s bedroom from the living room via a custom wardrobe unit and to have the parents’ bedroom hidden in plain sight. There’s a sliding bed that can be accessed whenever needed and the rest of the time it remains hidden, allowing more room in the living area for various activities.

Not all one-bedroom apartment plans have to be super customized or to include drastic transformations in order to be comfortable and practical at the same time. This 28 square meter apartment is a good example. It doesn’t have a particularly high ceiling so there’s no loft bed. There’s no bedroom in a box either. Instead, this apartment has an open-space design. There’s only a curtain between the bedroom and the rest of the spaces and that ensures a casual and airy ambiance throughout the entire apartment. Check it out on kaskab.

This one-bedroom apartment has a total surface of 42 square meters. That gives it plenty of space for a large and open social areas and a separate and cozy bedroom. The kitchen, dining area and living room are all combined into a single volume with access to a small balcony. The bedroom takes up a corner area and there’s a window in the kitchen with a view inside this room. Check out the place on kaskab.