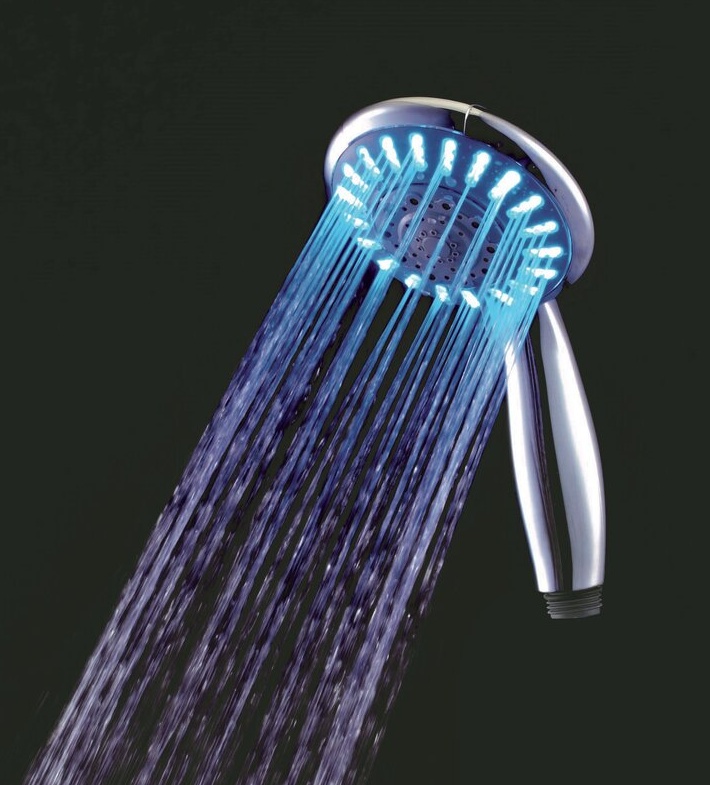 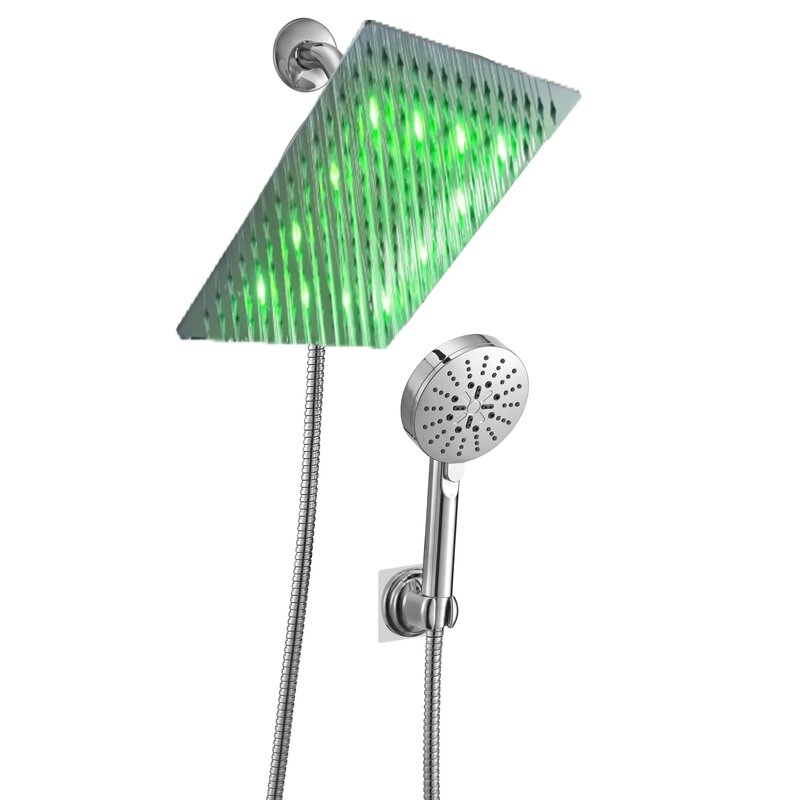 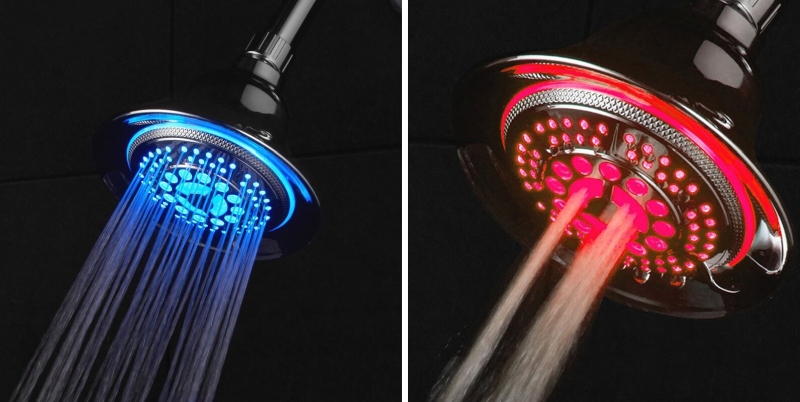 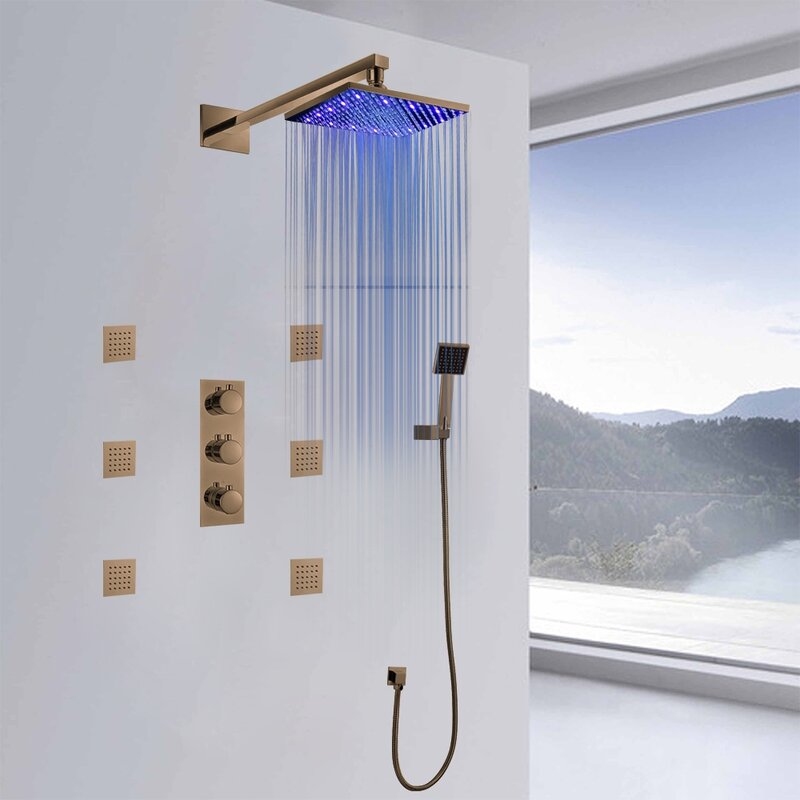 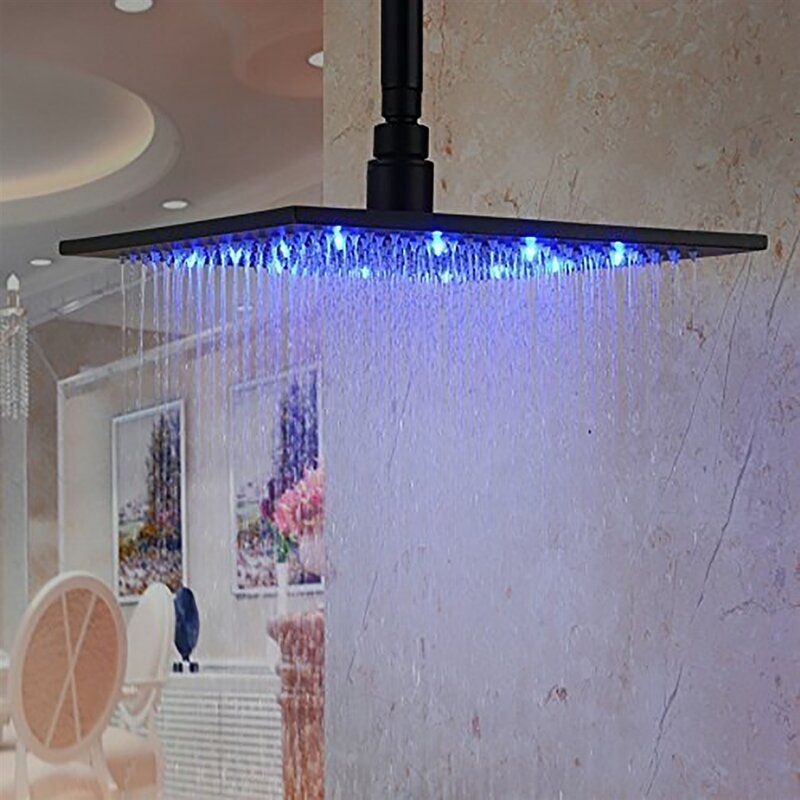 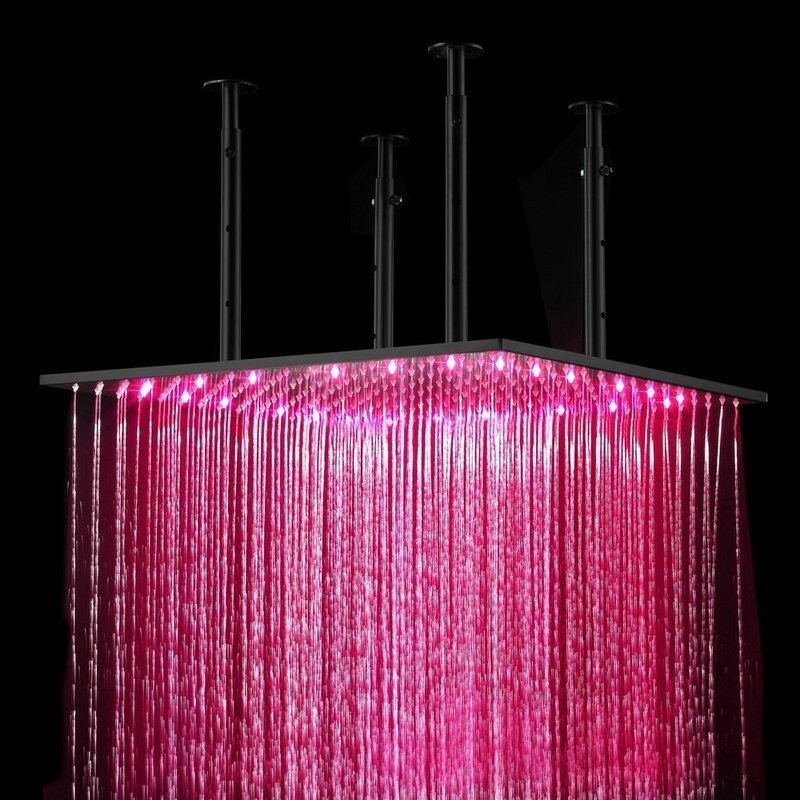 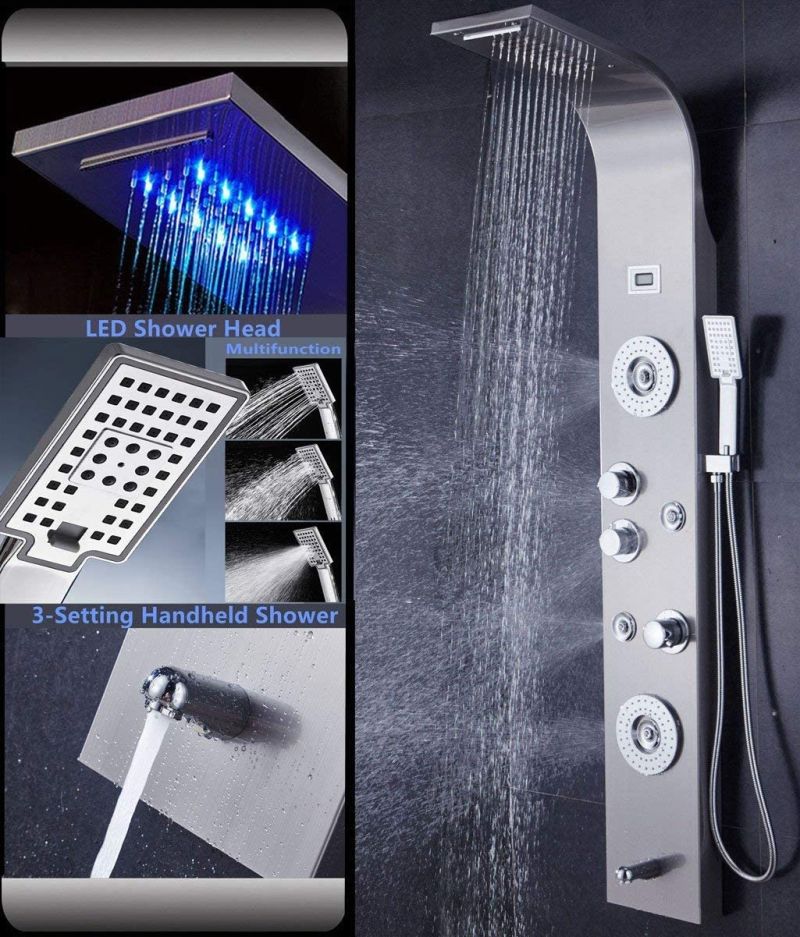 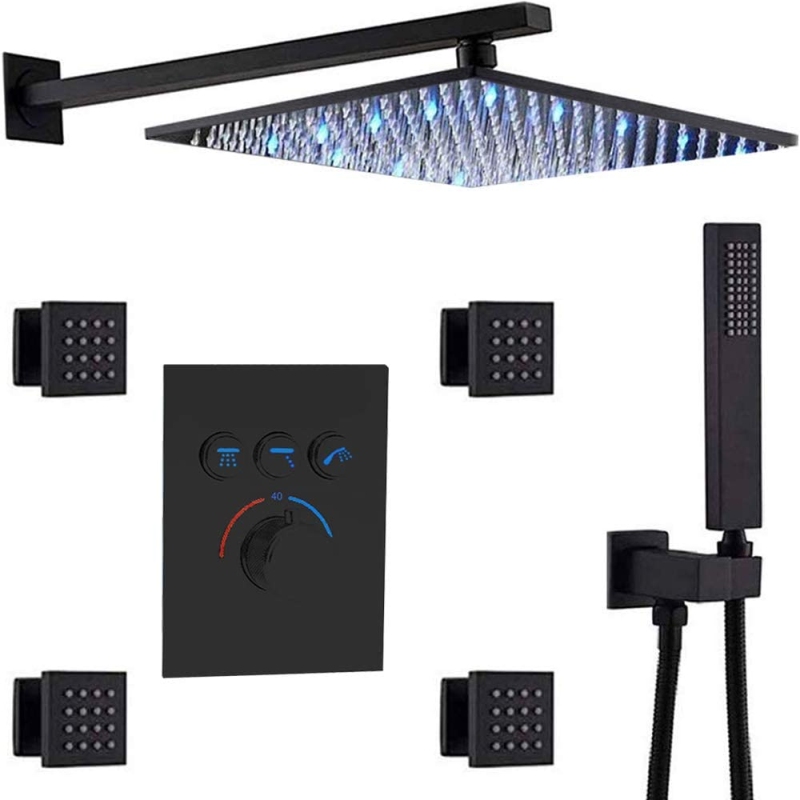 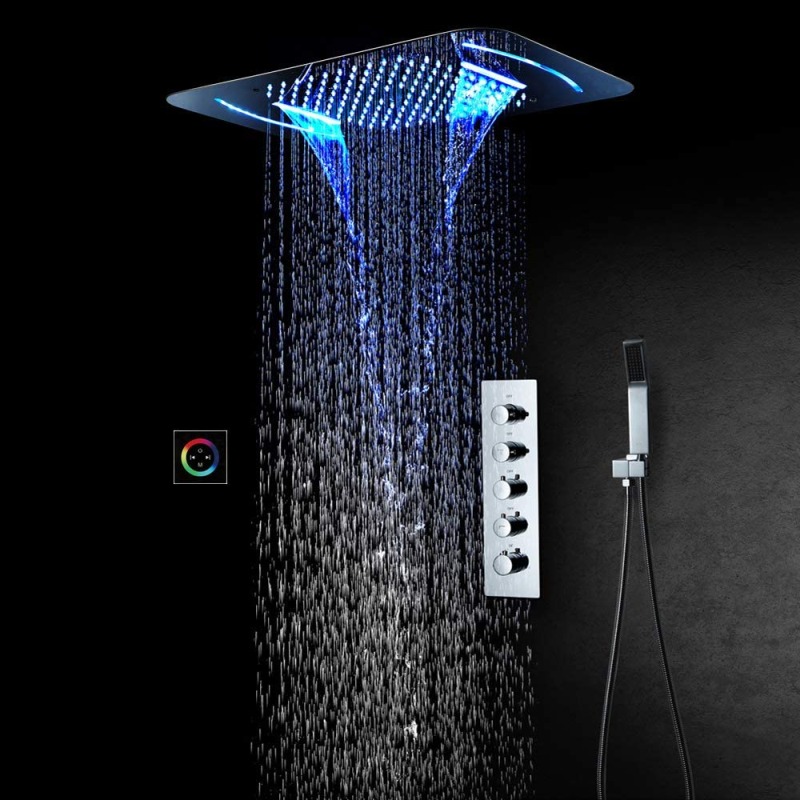 Taking a shower is probably the best part of the day. Not only does one love the sensation of feeling clean and smelling nice, but being in the shower is an incredibly relaxing experience. What if we told you that you can make the whole thing even more relaxing if you invested in items that could create a very soothing décor, such as scented candles or LED shower heads? No, this isn’t an article about perfumed candles, but we are going to show you how awesome LED shower heads can be by teaching you what you need to look for in such a product and what are some of the best-LED shower heads that money can buy. 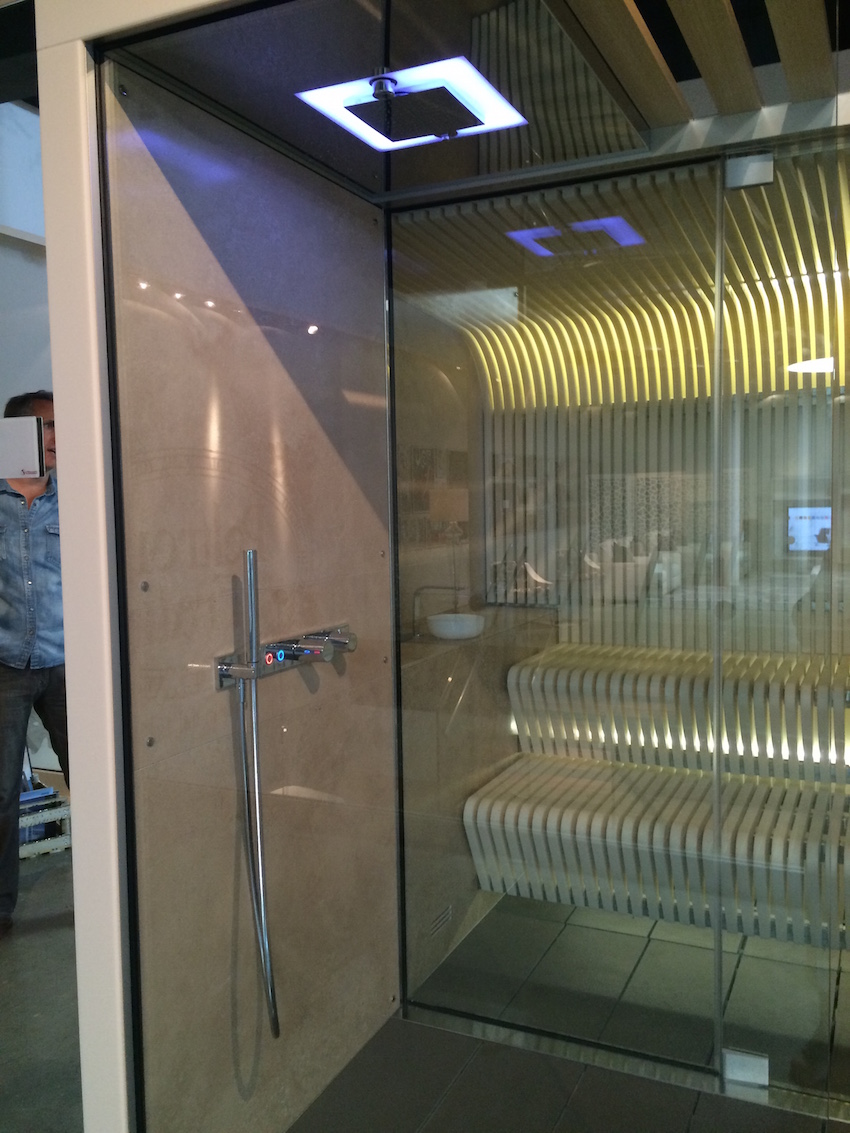 Benefits of a LED Shower Head

You might be thinking that a LED shower head is nothing more than an average shower head with pretty light. And you wouldn’t be very wrong in assuming that. However, there are plenty of benefits that the light factor brings to the table, so let’s explain why LED shower head are a much cooler and more convenient option compared to a regular product. 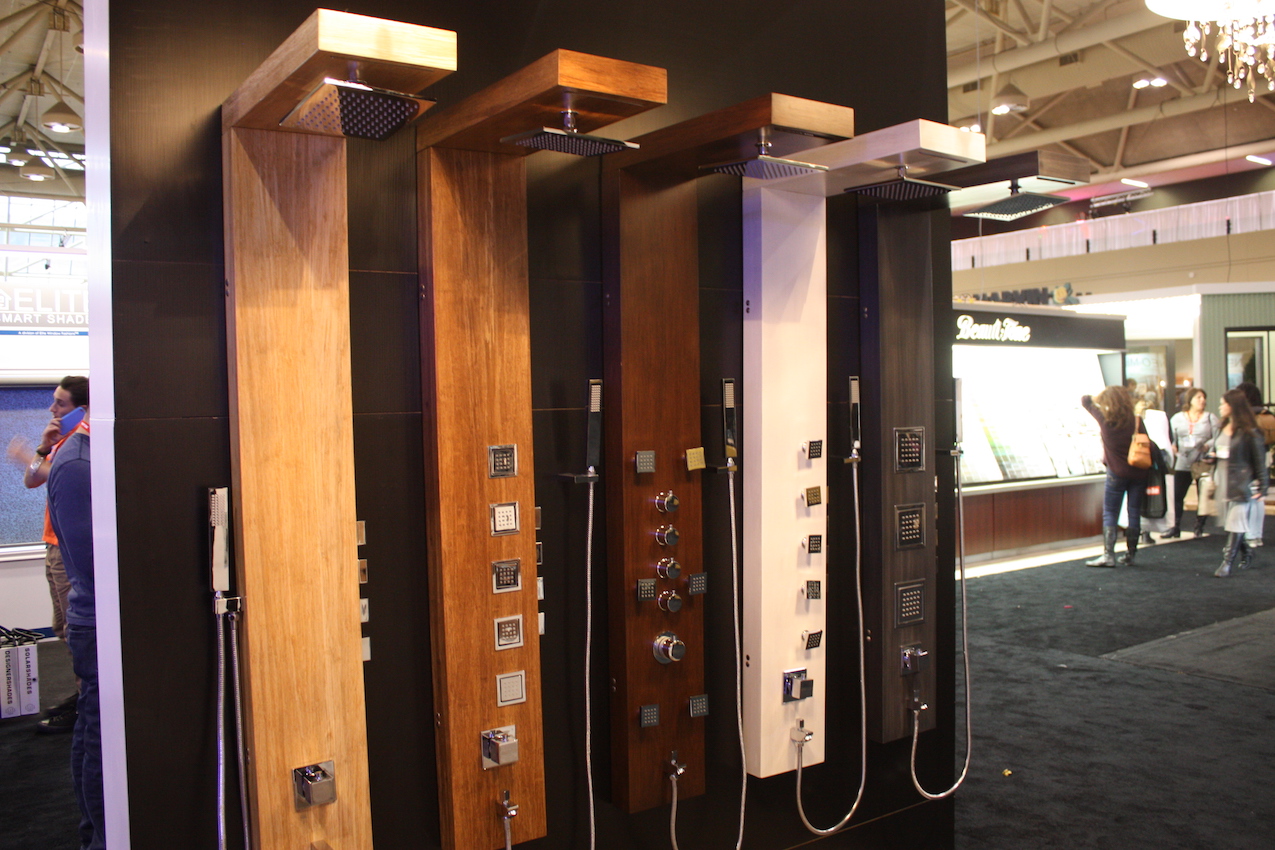 Knowing more about a line of products before you buy it will help you stay informed enough to make a shopping decision that you won’t regret. When it comes to opting for a shower hand, understanding what these product have to offer will help you realize whether this product is suitable for you or not, but also show you what to look for in case you decide to buy one. With LED shower heads, here is the need-to-know information:

Today’s first item is a shower head made by Ana Bath. It comes with a 4-inch spray face that offer different types of spray patterns, such as rain massage mix, bubbling spray, rain spray, or rain bubbling mix. It has an ergonomic grip handle that should make it easy to hold the shower comfortably without having it slip out of your hands all the time.

The product is designed with brass connectors and comes with two shower heads equipped with blue LED light. The package includes a handheld shower, a stationary shower head, a 5-foot long steel shower hose, anti-leakage plumber’s tape, and a diverter with an adjustable bracket and brass connector.

If you’re still not convinced that you want a LED shower head although the idea sounds tempting, how about you buy a product that offers you both? The Wonderland America product comes with two shower heads: one of them is equipped with LED lights and the other one is just a normal handheld shower. The LED shower head doesn’t require any batteries to operate, which is one less set of consumables for you to worry about. It operates at a flow rate of 1.8 GPM and has a total of 5 spray patterns for you to enjoy.

Here is yet another shower head that’s powered by running water and doesn’t need batteries to operate. It is designed with an XL chrome face to help you get more water for a much more efficient shower. It has a temperature sensor that causes the integrated lights to change color based on the water’s temperature.

It has a total of 5 spray patterns and operates at a flow rate of 2.5 GPM. It is made from plastic but has a very elegant chrome finish that mimics the look of metal. It comes with an angle adjustable neck so that you can reposition the shower head just the way you want it.

We mostly like to show you affordable products but we got really carried away with this amazing, practical, and somewhat expensive shower head. What we’re looking at is a customizable model that features shower heads available in multiple size that range from 8 to 24 inches.

There are six different body massage jets that will provide you with the most refreshing showering experience ever. You will receive all the instructions needed to install the product. This fixed shower head is made from quality brass and comes with an oil-rubbed bronze finish.

When it comes to design, nobody thought that a LED shower head could look as elegant as this Delta product does. It is a ceiling-mounted pendant that’s available in five different finishes, such as champagne bronze, stainless steel, polished nickel, matte black, and chrome.

Regardless of the finish you choose, you will receive a fixed shower head that uses LED accent lights with automatic turn-on once water starts flowing and an automatic turn off when you stop using them. It operates at a rate of 2.5 GPM and comes with a single spray pattern, which is a powerful drench spray.

Fontana is here to surprise us with a quality shower head once again. This time, we’re talking about a single-LED fixed shower head with a rainfall spray pattern and the construction suitable to last you for many years to come. When you start to raise your water pressure, the integrated lights with turn brighter, and will dim once water pressure start to go lower.

It is designed with self-cleaning nozzles that destroy mineral build-up which prevents water from coming out and stops you from enjoying your shower. It operates at a flow rate of 2.54 GPM and has a side-to-side width of 12 inches.

The first thing that’s going to catch your attention when looking at this particular Fontana shower head is the spicy price tag. However, this is one of the best LED shower heads that money can buy, and also one of the largest ones, measuring no less than 40 inches.

Once again, it’s time to go big or go home, and with the ELLO&ALLO shower tower, you can go big at home. This integrated system comes with everything you need for a quality showering experience mounted on a single tower that has everything. The top of the tower is curved and equipped with LED lights to provide you with a shower head that sprays rainfall or waterfall patterns on your body.

There is also a handheld shower mounted on the tower, so you can get the best of both worlds. It comes with a tub spout for those of you interested in filling the tub with water faster. There are two massage jets with two settings each, and it’s up to you to decide if you want to use just one or both of them at the same time.

Are you ready to invest in a really cool showering system that takes that end of the day edge off with maximum efficiency and some colorful lights? Here is a set that include a 12-inch shower head, the brass wall-mount shower arm, a mixing valve, the hand shower, plus 4 extra body massage spray showers.

The LED lights integrated in the shower head are activated by water pressure and have no need for batteries. They are also temperature sensitive and will turn blue when the water is cold, green when the water is just right for showering, and red when the temperature is really hot. The control panel is very user-friendly and you can figure out what each button does very fast.

Some people would argue that we saved the best for last, as the M Boenn LED shower head is a masterpiece in terms of both looks and construction. It is the kind of shower system that you would expect to see if you went into a really modern bathroom. It comes with a shower head that has 64 different colors and 3 different spray patterns: mist, waterfall, and rain. It comes with a controller that turns the shower head on an off, but also allows you to set the mode and the speed at which the colors will change.

Aside from the digital controller, you have another panel that grants you control over the spraying patterns, allowing you to activate the hand shower and grants you access to the thermostatic switch.

There are plenty of myths revolving around the concept of LED shower heads, and hopefully we’ve debunked a lot of them today. If you encounter an expensive LED shower head, it mostly because of the high-quality construction and the other additional features of the product, as the integration of the lights doesn’t really influence the end price all that much. There are plenty of different LED shower heads to choose from, and they are all safe to use because they do not require wiring or connecting to your home’s electrical system in any way.