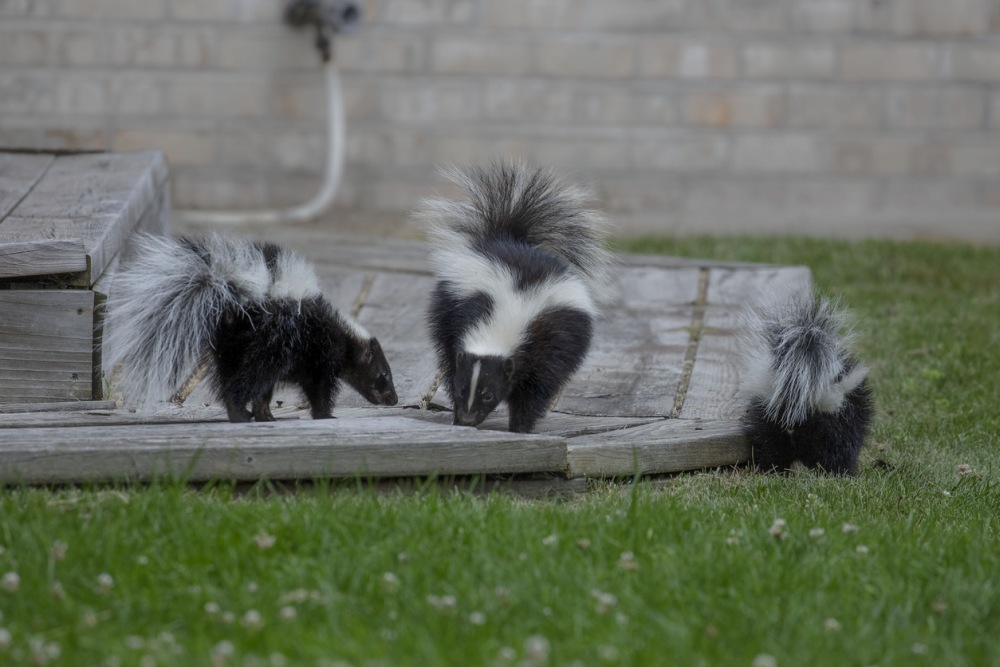 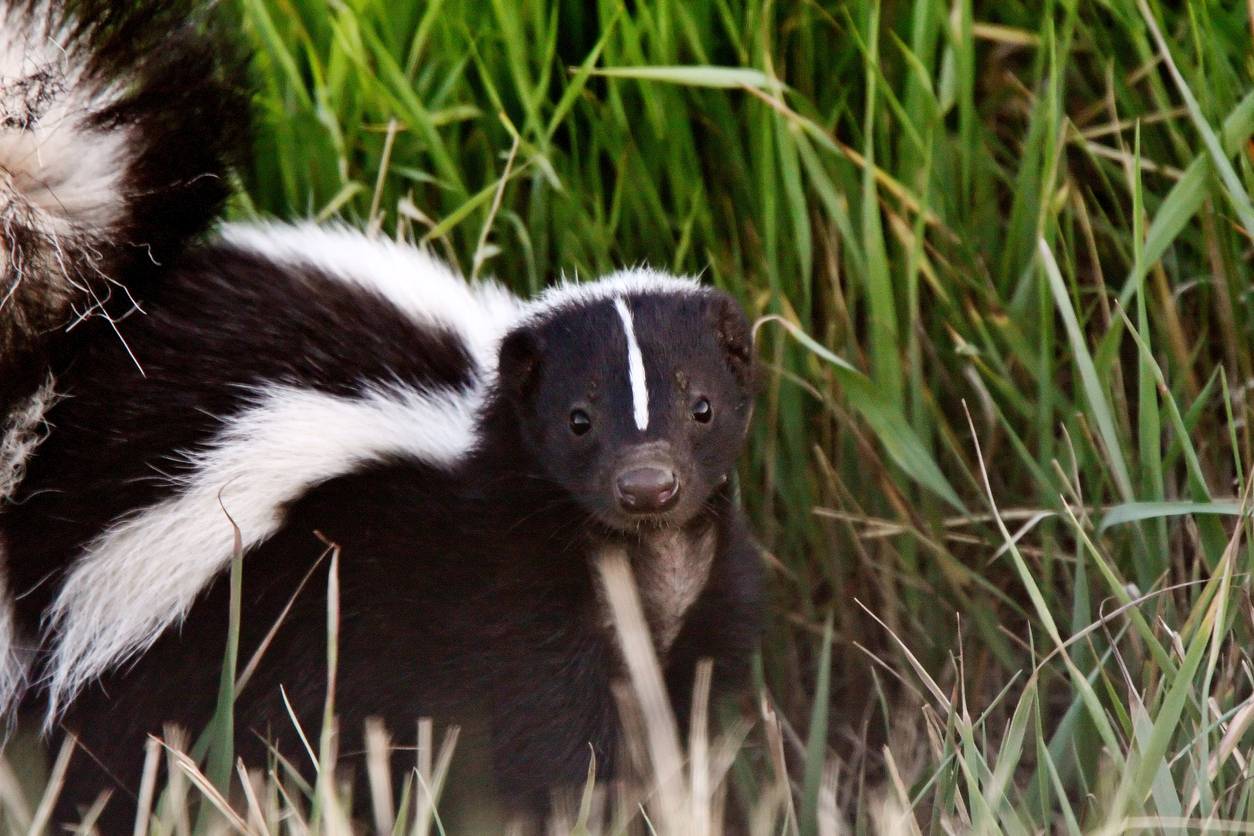 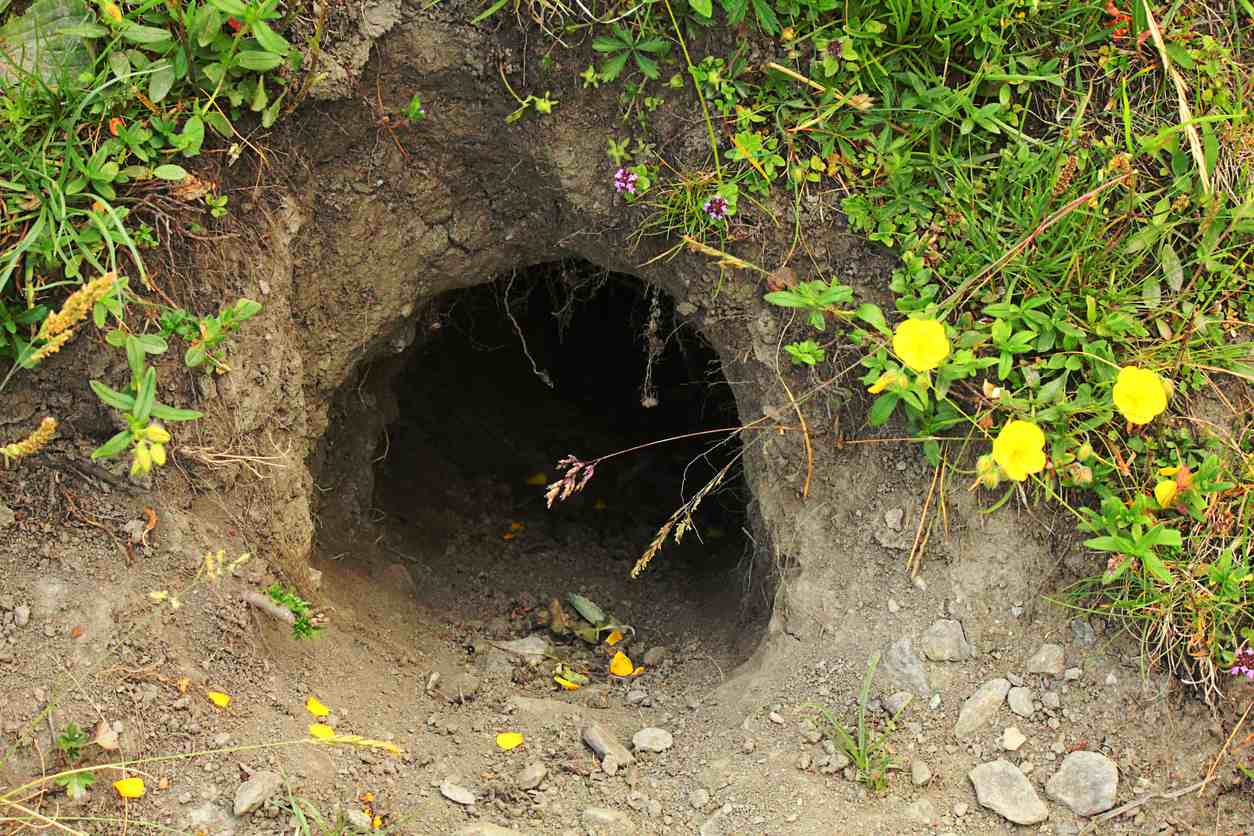 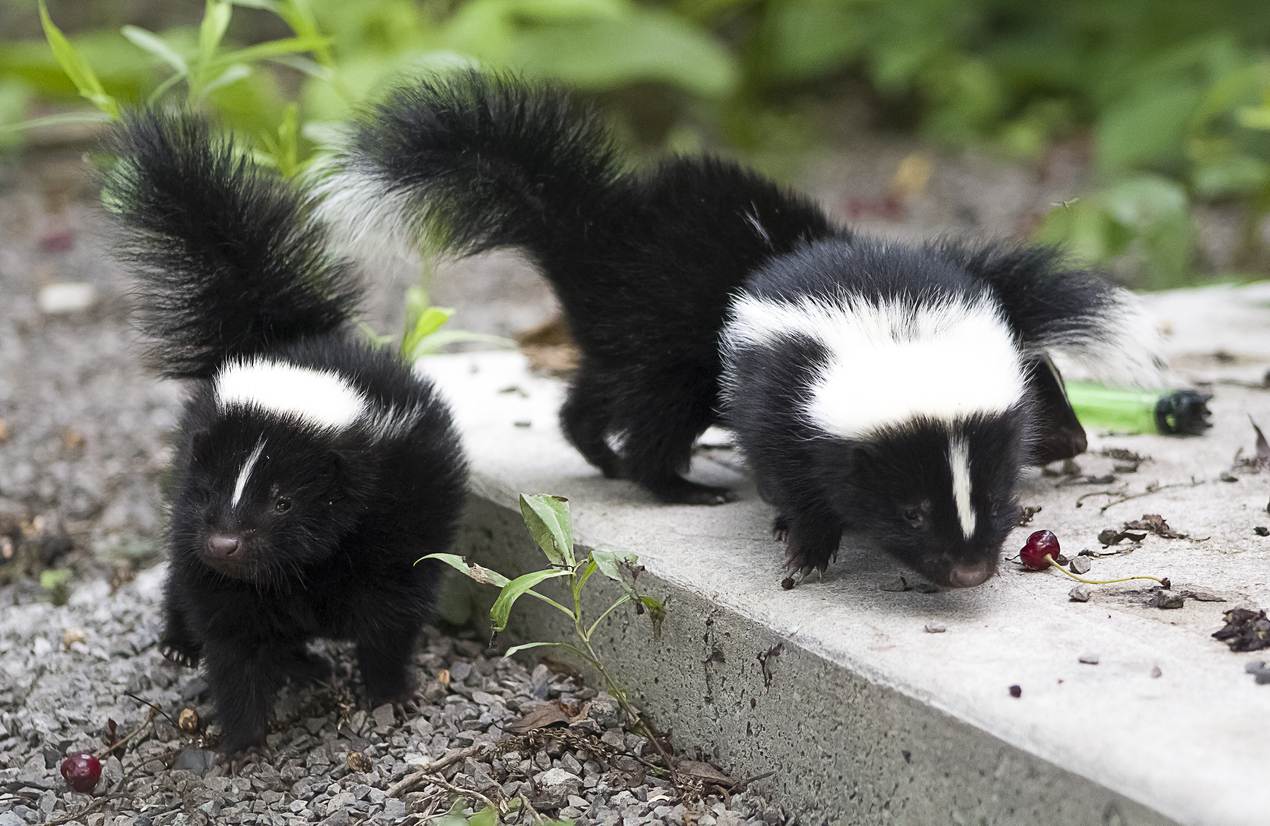 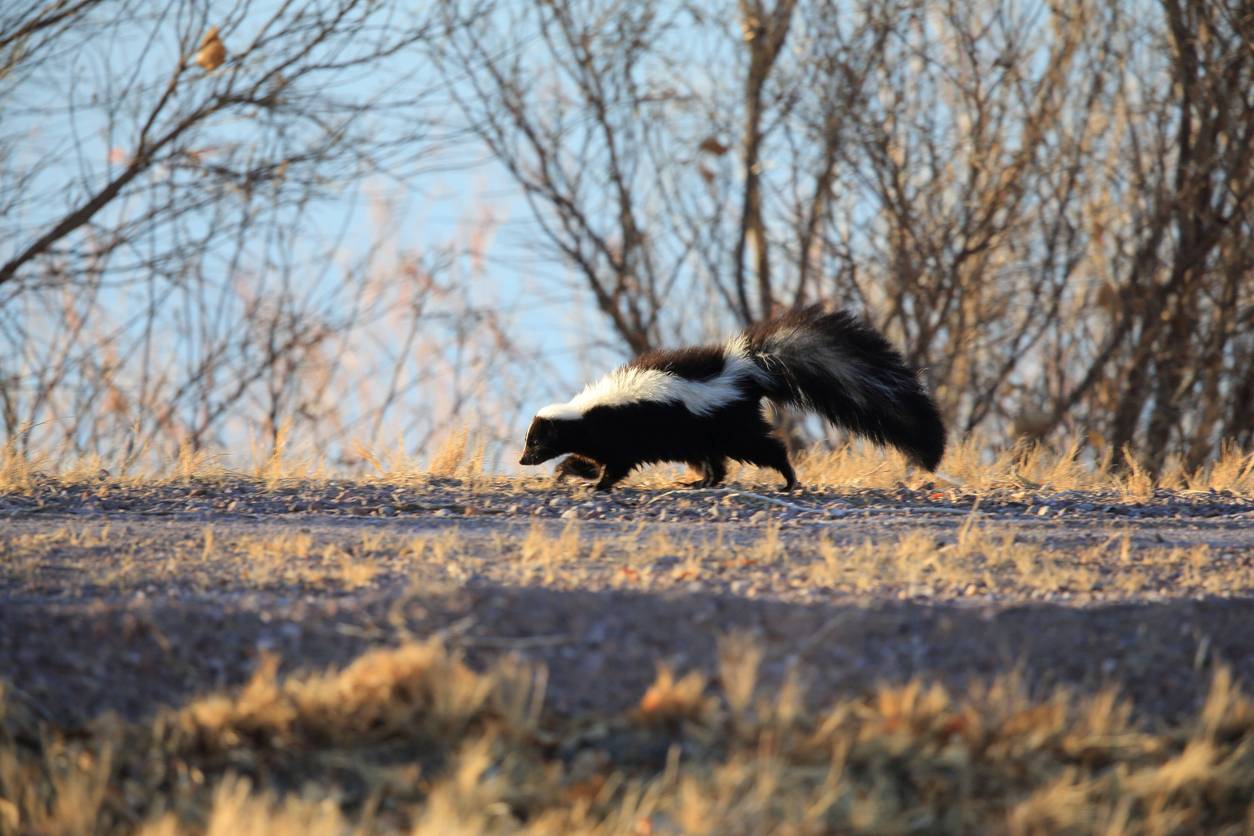 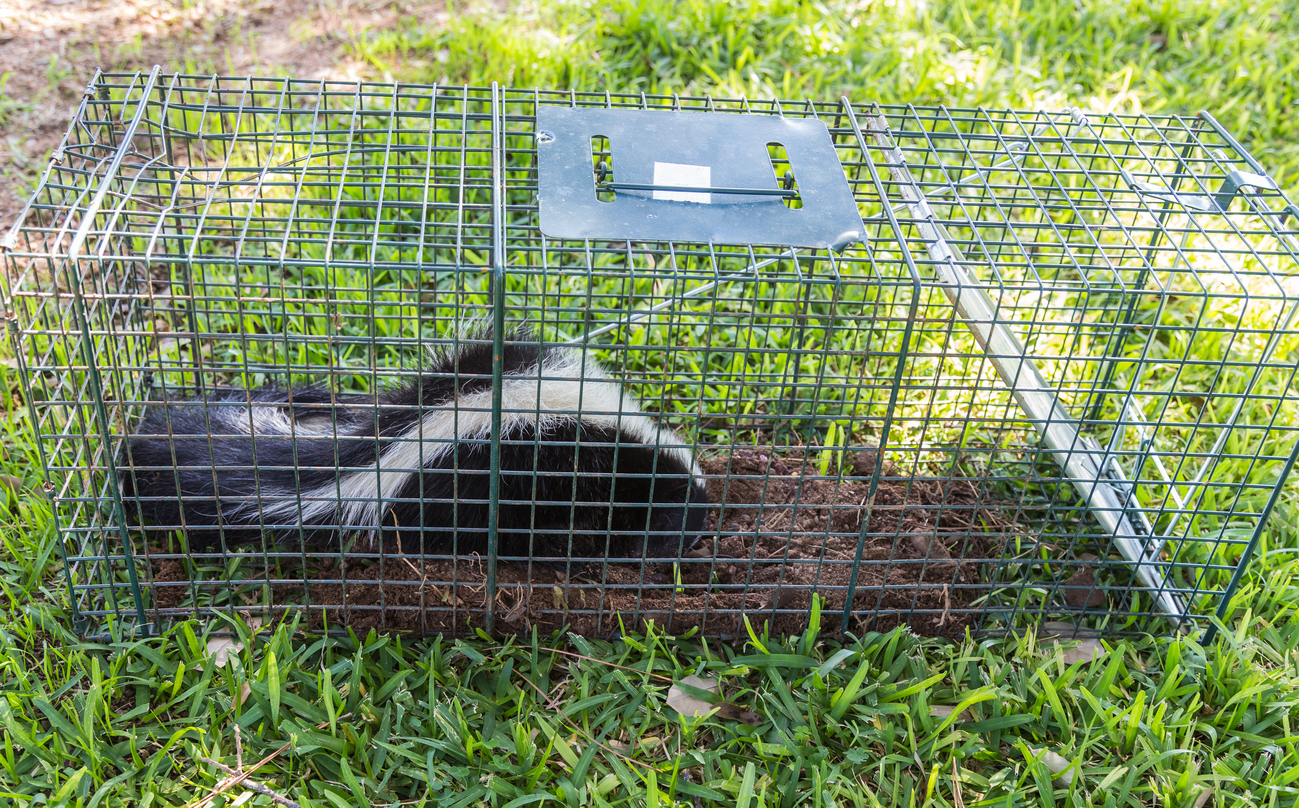 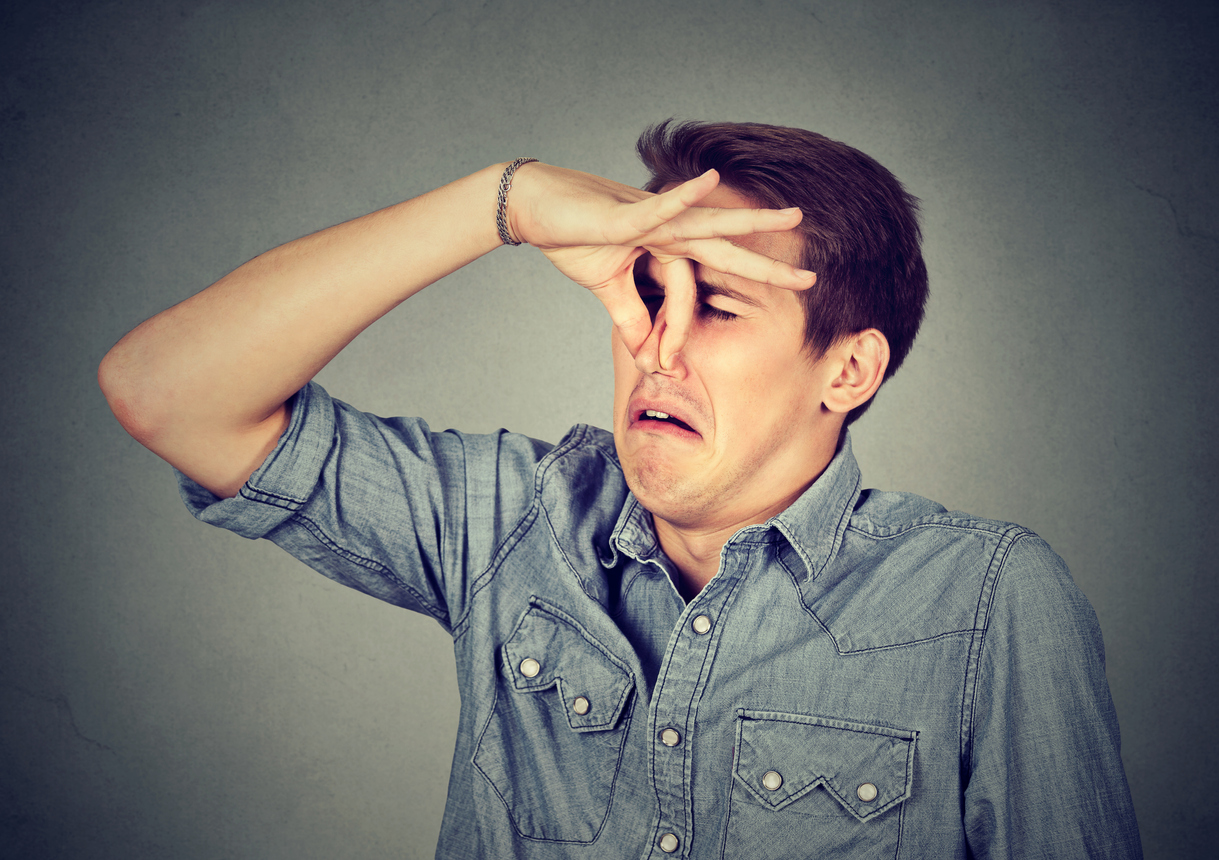 Skunks are beautiful creatures and have an important role in our ecosystem. As wonderful as they can be for wildlife, no one wants a skunk in their yard. They stink, pester, and also scare pets and children. Learning how to get rid of skunks will provide you with a better understanding of these creatures.

So what do we do about that? There are plenty of ways to get rid of skunks, but they include methods that aren’t as simple as only using skunk repellant.

How To Recognize A Skunk

You may think skunks are easy to recognize, but some people will confuse them for raccoons, opossums, and other animals. Some will even swear that they saw a skunk when what they really saw was a cat. Before you begin to learn how to get rid of skunks, it’s important to learn about their unique features that make them easy to identify.

If you think you’ve seen a skunk, check their forehead to be sure. There will be a thin white stripe stretching across its back and tail. What you need to look at though, is the thinness of the stripe on its head.

Although thin, the white stripe is easy to identify. The stripe is bright white and not grey like other animals. A skunk has a bushy tail, badger-like face, and low-to-the-ground body.

Skunks don’t burrow to find a place to live, at least not in the open. Skunks burrow in to look for food. They love bugs and will dig shallow holes in your yard while looking for food.

Under Porches And Decks

Skunks burrow to find a home when there is already a place waiting for them below ground, surfaces, or structures. Inspect the areas under porches and decks for signs of burrows.

This one is obvious. Skunks don’t necessarily stink naturally. But their spray is horrendous. If you smell it, it’s unmistakable. Or so you thought. Other animals, like wild hogs, have a natural skunky smell too.

Hogs are much more dangerous than skunks, so be on the lookout for them as well if you smell a skunky smell in your yard.

Where Do Skunks Come From

Skunks typically live around the edges of forests, but they can also make their home in grasslands and deserts. They are quite lazy when it comes to their homes and often live in abandoned burrows or hollowed tree logs.

When they do build their homes, they create small dens for themselves in the dirt, grass, or brush. Skunks primarily live in North and South America.

The annoying thing about skunks is how they are omnivores and will eat just about anything that won’t harm them. This makes keeping attractants away nearly impossible. But you can always try!

If you leave pet food on your porch or in a shed, skunks will sniff it out. They aren’t above eating your pet’s food for nourishment and will keep coming back if they find out that the food will always be there.

Insects are generally a skunk’s number one food source. While you can’t and shouldn’t keep all insects away, you can spray for bugs. Hire a professional or use bug repellant made for yards.

As with most wild herbivores and omnivores, a garden will attract skunks. They are in search of food and fruits and veggies will do just fine. Not to mention, insects are also attracted, which is another food source.

Believe it or not, skunks like to eat chickens. Not only that, but they can take out an entire chicken coop overnight. They’ll steal eggs or go straight for the chickens. Chickens have little to no defense against skunks.

Like raccoons, skunks are attracted to trash and garbage. If you don’t keep it where they can’t smell it, they will surely come in every night for a buffet. Try building a pin for the cans so it knows it can’t reach your garbage.

Like most animals, skunks are attracted to safe places. If you have a porch or some other area they can climb under, they will likely use it as a new home.

How To Keep Them From Spraying

The reason that skunks are feared more than raccoons or opossums is that skunks can spray, ruining your entire week. But keeping them from spraying isn’t very difficult. All you have to do is learn the reason why the spray.

Skunks are nocturnal, which means they sleep during the day and are awake at night. They can be seen during the day, but they are much more active at night. So you’re more likely to get sprayed at night.

Skunks are more likely to spray other animals than they are humans. Most humans don’t pose a threat from afar. But animals have a natural instinct to attack or protect themselves.

How To Repel Skunks

Repelling skunks is the only way to get rid of them unless you’re willing to trap them. But we’ll go over trapping skunks later. For now, we’ll focus on the different ways you can repel skunks and keep them away.

A repellant system is one of the most surefire ways to repel skunks. It can work for all kinds of animals and pests. It usually works electronically and can cost anywhere from $10 to $300 depending on the system you choose.

Homemade repellant is the cheapest way to get rid of skunks. You can use a mixture of jalapeno juices, cayenne, and other spicy ingredients and spray it in problem areas. Or you can spray predator urine in the same areas.

Skunks despise bright lights. After all, they are nocturnal. Using yard lights to shine on areas where you’ve seen skunks can prevent them from returning. They’ll go back to their natural habitat, where it’s dark when they’re awake.

A fence is an obvious choice, but it’s not always affordable or doable. Some properties have restrictions. But if you can get a fence, it should work perfectly, as long as it has been approved for skunks.

Another great way to get rid of skunks is to get rid of attractants. This would be on the list we talked about earlier. You may not be able to get rid of them all, but you can at least have a good start by removing pet food and garbage.

Baiting skunks isn’t advisable unless done by a professional. After all, we’re trying to get rid of them, not attract them. But if you do decide to bait them, at least you know what attracts them now.

Know that if you do trap a skunk, it will spray immediately, and likely shortly after it sees you. After his initial six sprays or so, he will be vulnerable for a few days, so let it air out before trying to go retrieve him.

It’s important to not harm skunks. This means no poisons or deadly traps. Unlike bugs and other pests, you can get in trouble for hurting a skunk, so be careful and call a professional before resorting to drastic measures.

Is It Time To Call A Professional?

If you can’t get rid of skunks without setting harmful traps, then call a professional. But try giving it about a week after you remove attractants or set up repellants. You don’t want to call animal control too early, wasting their time and your money.

How To Get Rid Of Skunk Smell

If you do get sprayed by a skunk, try not to panic. The most important thing to do is to make sure it doesn’t get into your eyes or any open wounds. If you can do this, you’re safe. Then all you’re left with is that nasty smell.

There are over-the-counter de-skunking products that work for you and your dog. If you want to be safe, you can order some online before you get sprayed and keep them on hand in case of an emergency.

It’s important to wear rubber gloves and never mix this ahead of time. It can be dangerous if it sets or if it gets too hot or cold. After you have washed your dog, make sure you dispose of the liquid safely.

A safer way to wash you and your dog is to take a warm bath with baking soda. You can wash with a sponge or soak for 15 minutes. Baking soda is an effective odor remover and can even remove skunk smells.

A skunk will bite depending on whether it’s rabid. A normal skunk will not bite unless threatened. Even then, it will likely spray. A rabid skunk, however, will bite. Make sure your pets are always up-to-date on their shots.

As for you, if you do get bit by any wild animal, it’s best to go to the doctor immediately or call your provider and ask them what to do. Rabid skunks are fairly easy to spot because they are aggressive.

But the best practice is to stay away from wild mammals when you can. Keep your distance, and they’ll probably keep theirs.