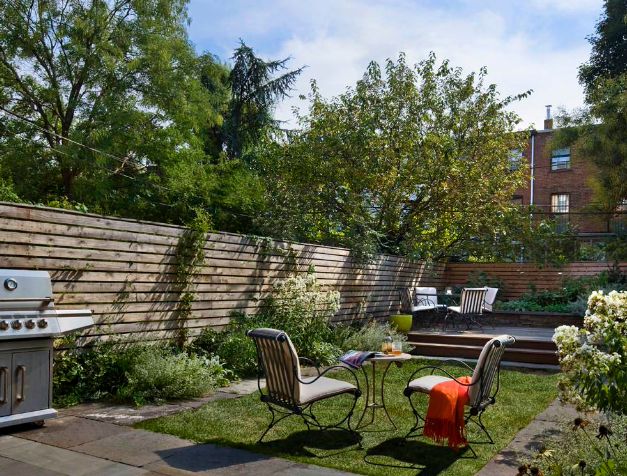 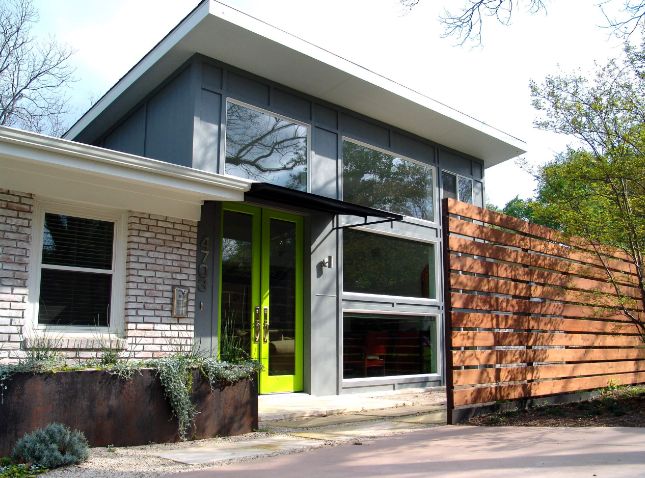 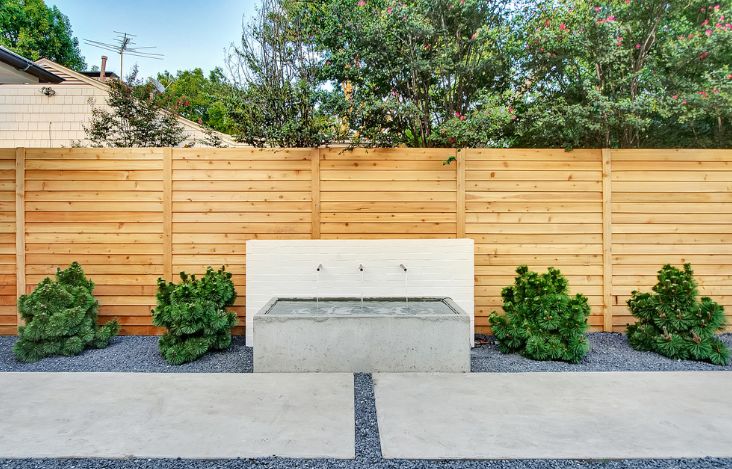 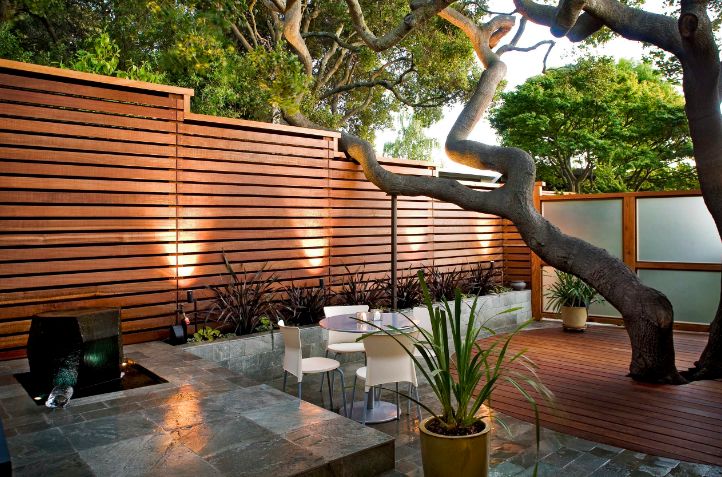 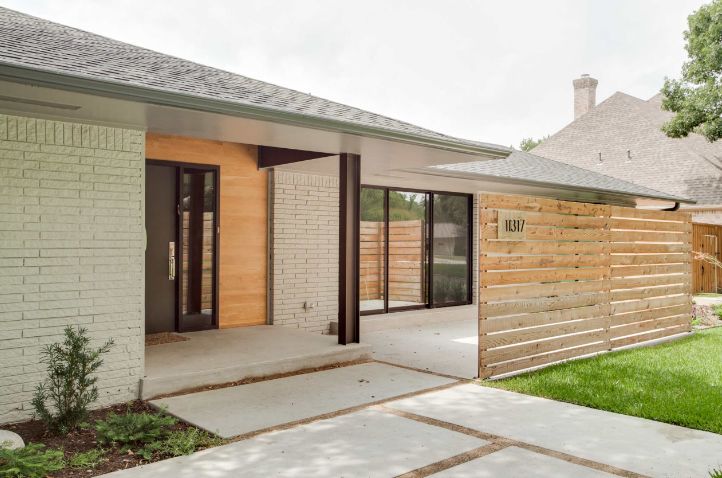 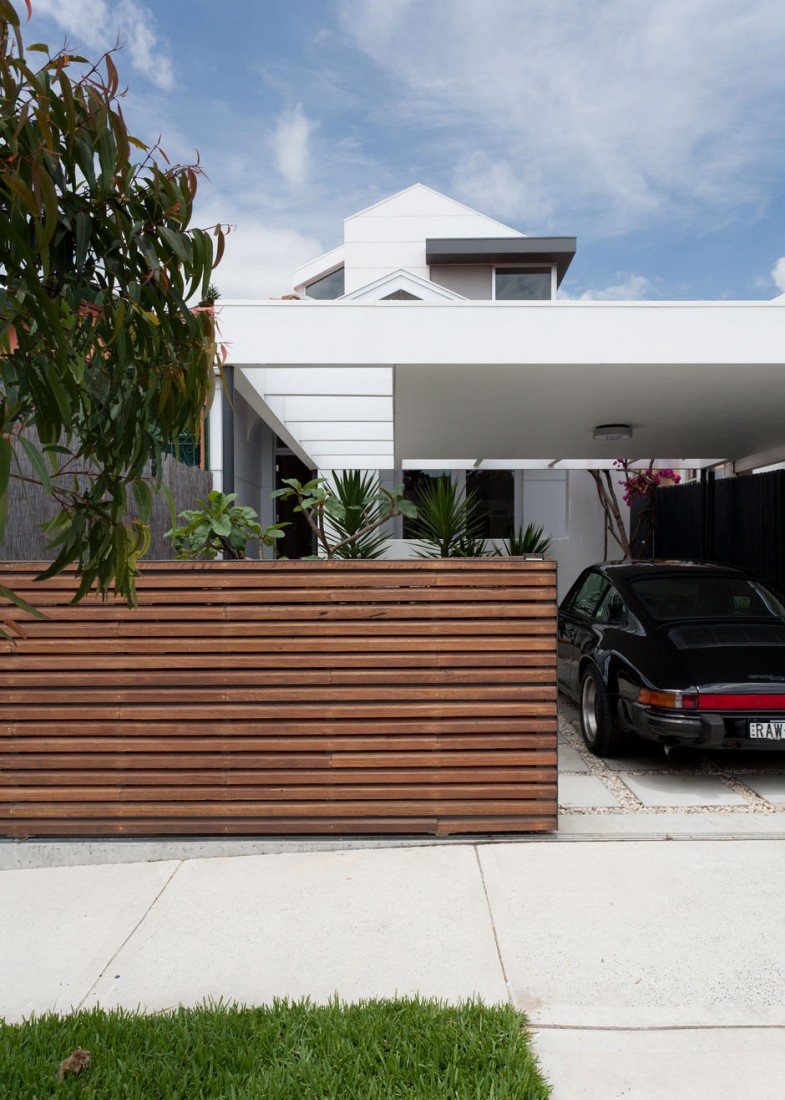 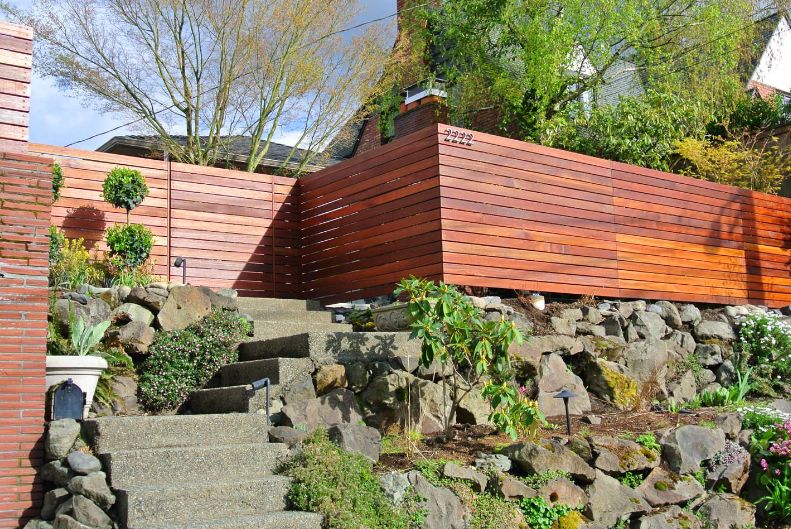 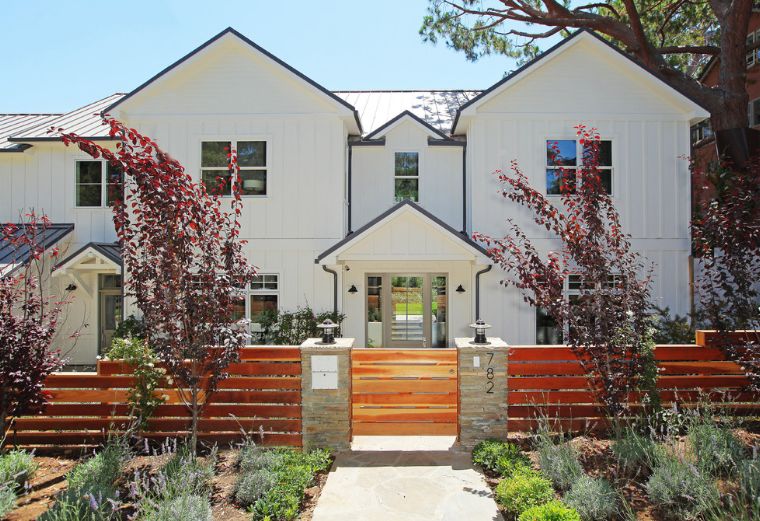 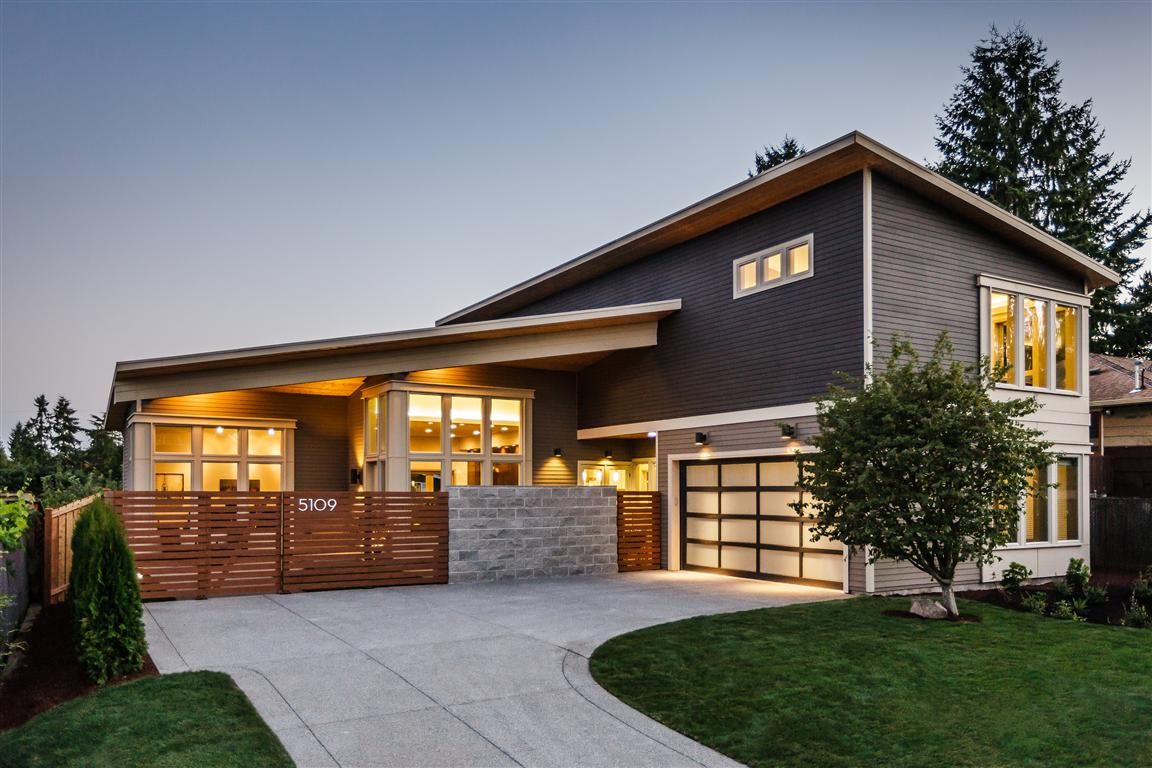 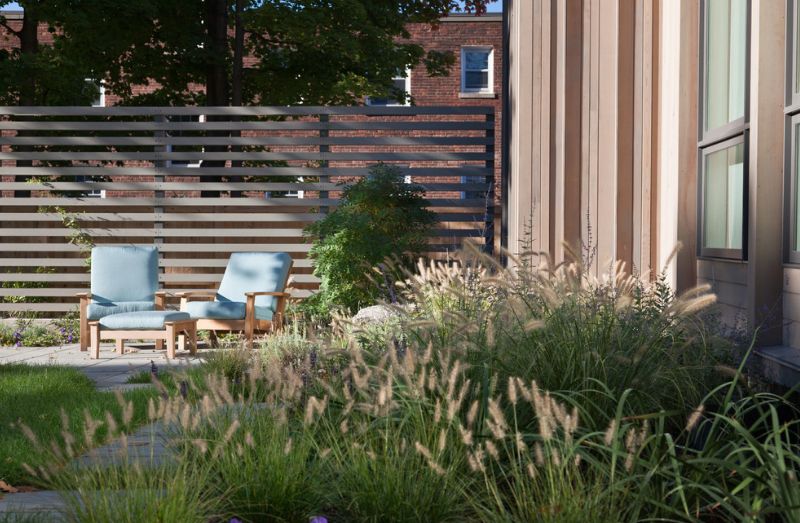 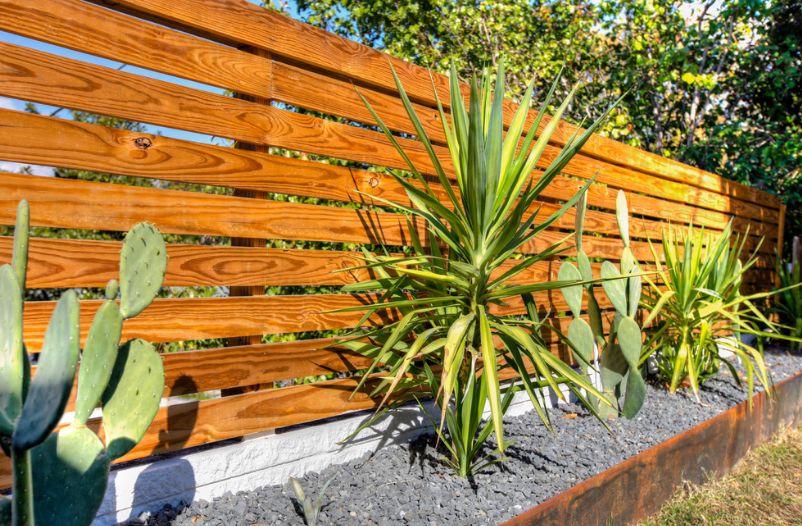 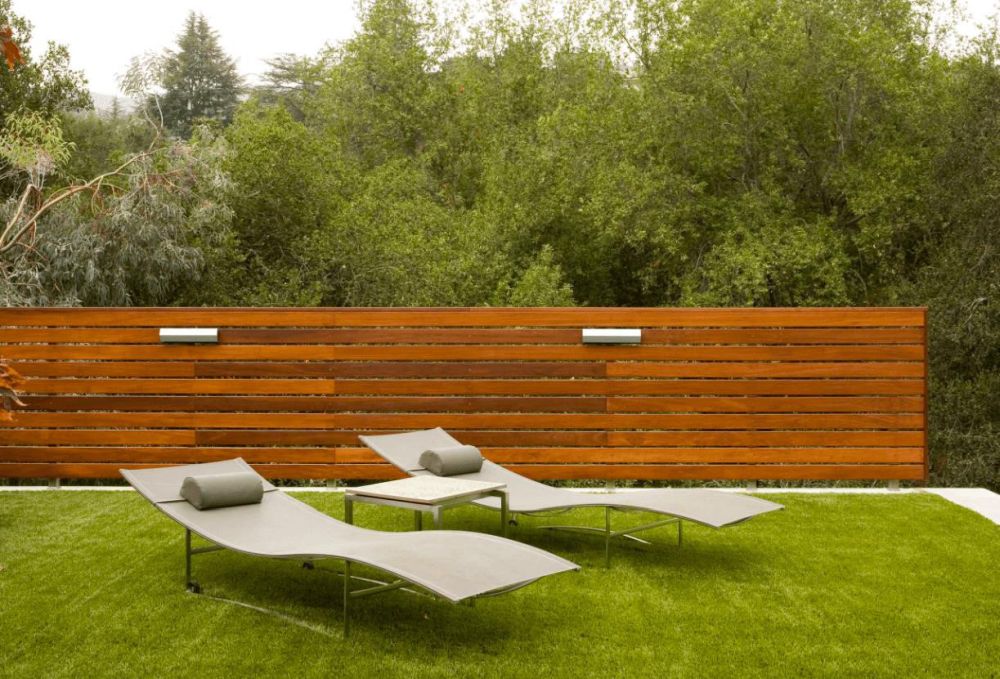 Having a house with a white picket fence used to be the dream a while ago but times change and so does the design of the fence. The horizontal fence designs we’re about to have a look at have become the picket fence of the modern era. They’re each different in a subtle way and they complement the landscape in this modern and elegant way that makes them irresistible.

The thing about horizontal boards on fences is that they can make the fence and by association the yard or the property appear longer and bigger. It’s a strategy which can be used when you want to put an emphasis on the spaciousness of a garden, yard or outdoor space and to keep it simple and linear.

In addition to the impression of spaciousness mentioned just now, a horizontal fence can also offer the advantage of increased privacy compared to other types of fences. The horizontal boards are installed close together, sometimes even with no space in between. It’s a useful feature for outdoor lounge spaces.

Another characteristic of a horizontal wood fence or other similar panels and designs is the fact that it has a modern edge or other types of fences and styles. It’s a detail resulted from the overall simplicity and the linear design of the fence boards.

There are a lot of great ways in which you can use the features of a horizontal fence in your favor. This often means that the design and structure are shaped by the surroundings which include the architecture of the house and the materials and forms used throughout. In this case, a combination of wood and stone defines the fence.

It’s pretty common to support a horizontal wood fence with concrete or stone pillars. The combination suits modern and contemporary designs and can be easily linked to other elements and structures, including a garden walkway, a house facade or a deck.

In this particular case, the horizontal fence design contrast and complements the rocky slope which unfolds beneath it. What we like in particular is the contrast between the warmth of the wood and the sharp stones as well as between the color and textures of the materials.

In some cases it’s a nice idea to coordinate the horizontal fence lines with details on the facade of the house in order to create a correlation and a cohesive relationship between these elements.

The modernity of a horizontal wood fence compared to a classical picket fence comes from the novelty of the design and the simplicity and linearity of the lines. In addition, horizontal fences also tend to look more organic and to connect with nature more easily.

A horizontal board fence is a good option when the property sits on a slope and the fence has to be terraced. You can use the topography to your advantage and the fence can highlight it in a very unique way.

This is a wonderful example of a fence which offers maximum privacy. It has horizontal wood boards with no space in between them. The fence completely separates the yard from the neighboring property without looking dramatic or very imposing.

In this case, the fence is quite tall and makes one wonder whether it’s the house that’s small and with odd proportions or if it’s the fence that’s huge. It’s an interesting visual design and a pretty inspiring concept for modern homes.

The fence doesn’t have to be seen as a big imposing barrier. It could be perceived as a seamless and natural feature and in order to ensure that several different strategies can be used. For example, match the fence to the ground or to the vegetation that surrounds it to make it less visually striking.