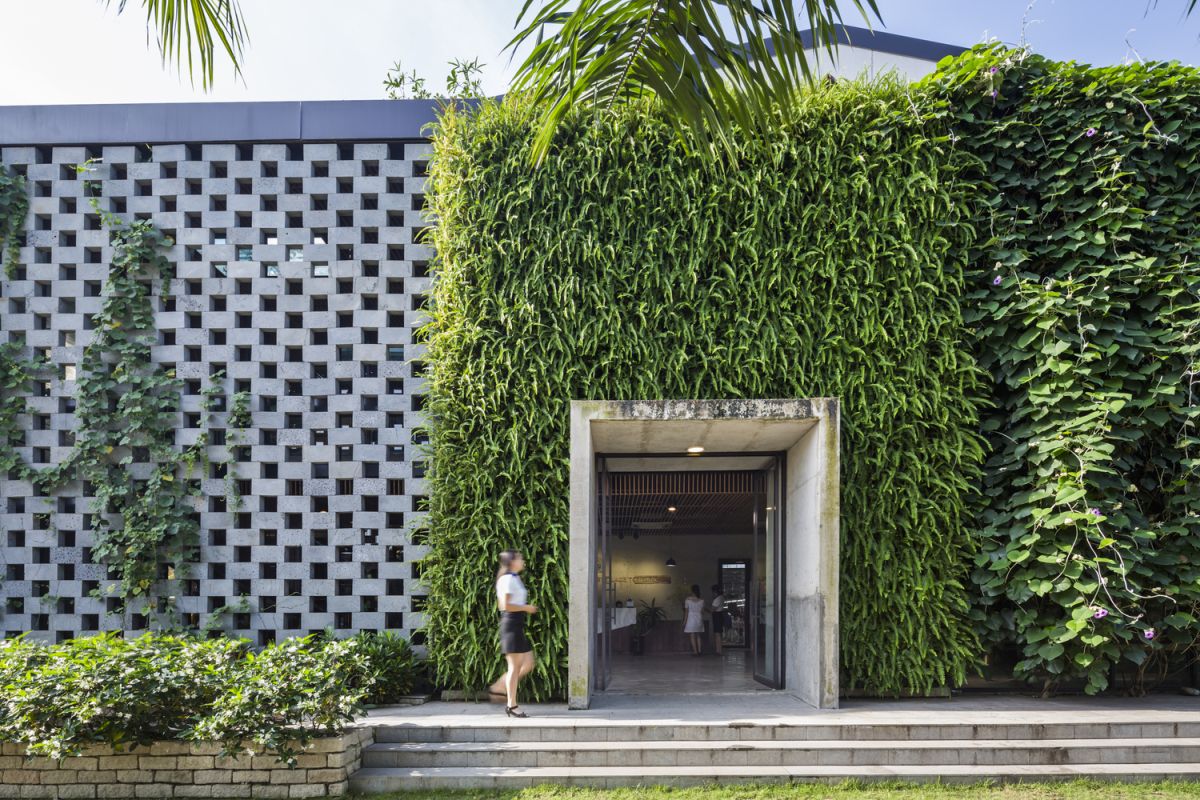 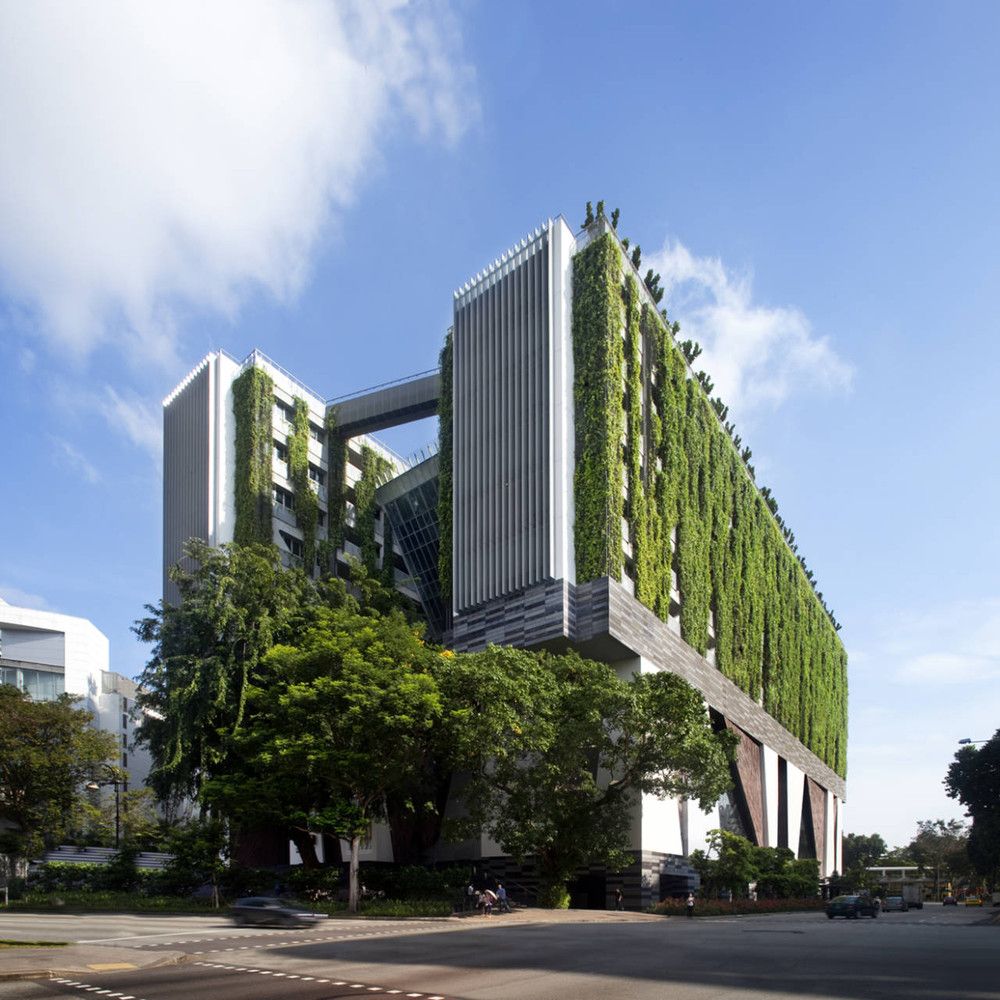 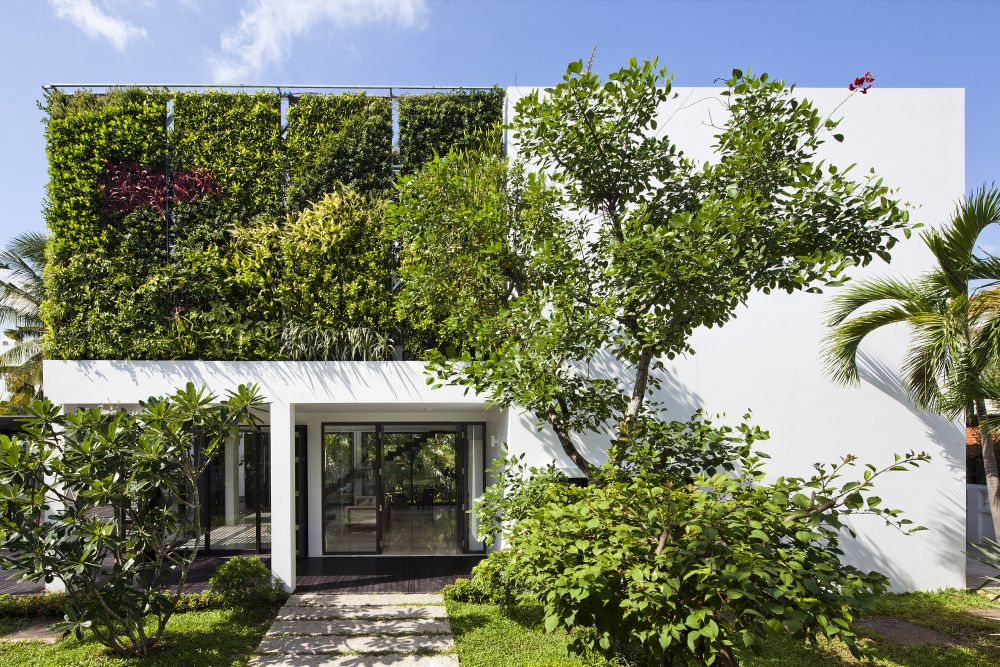 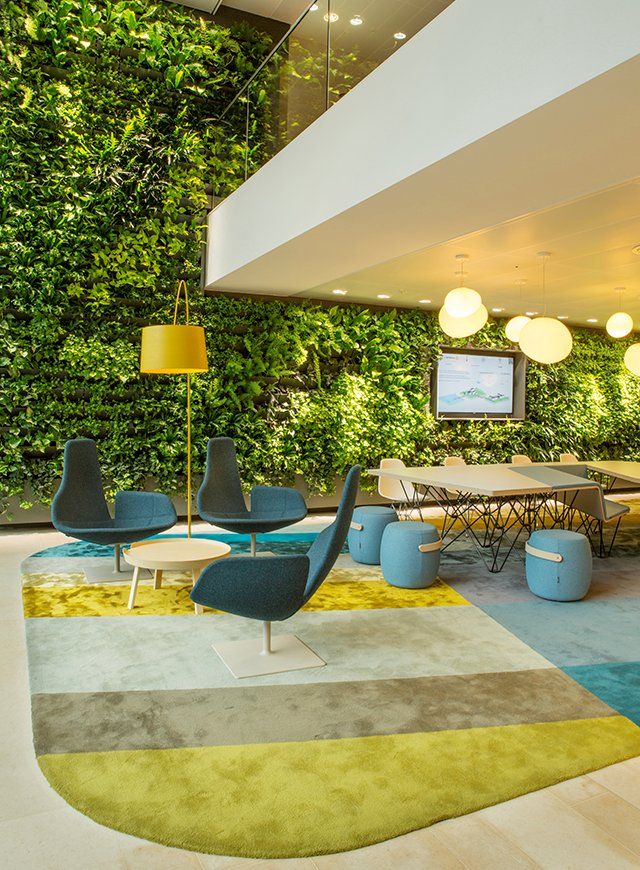 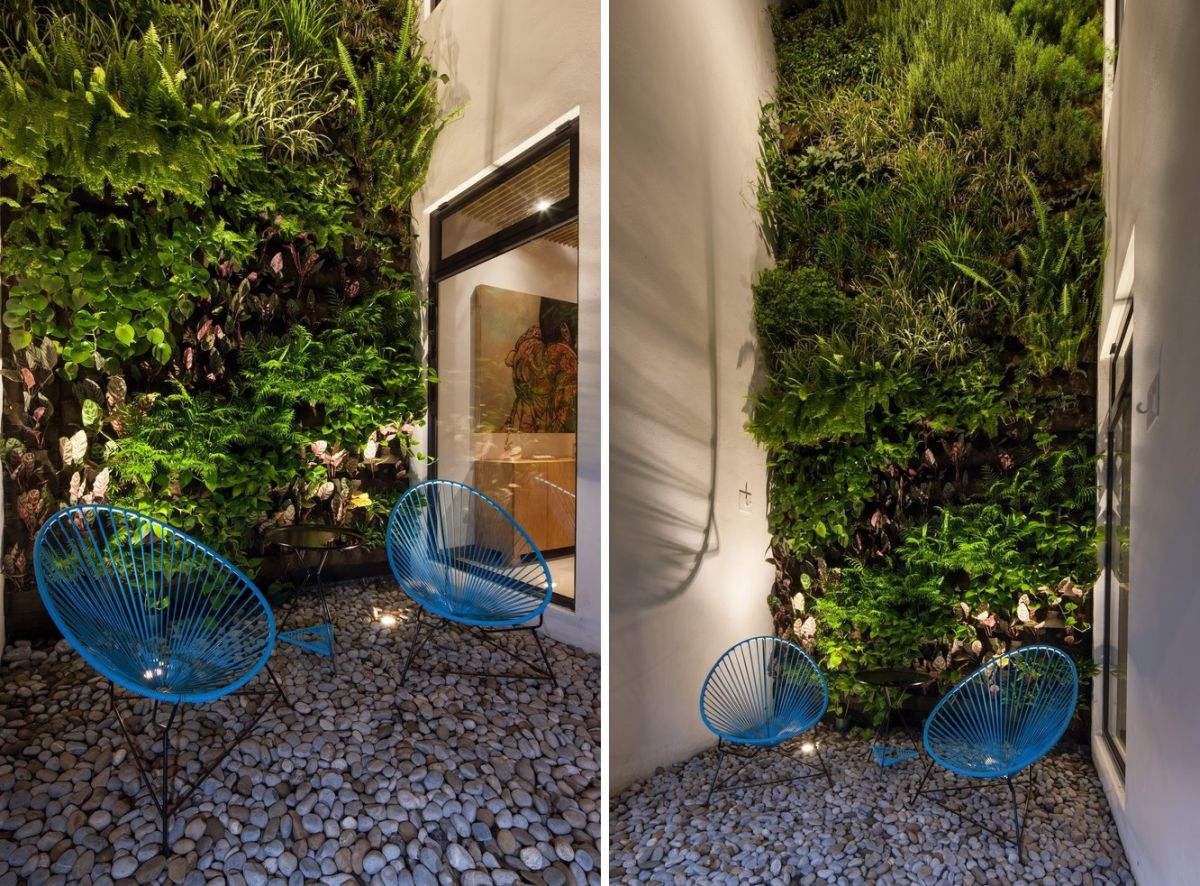 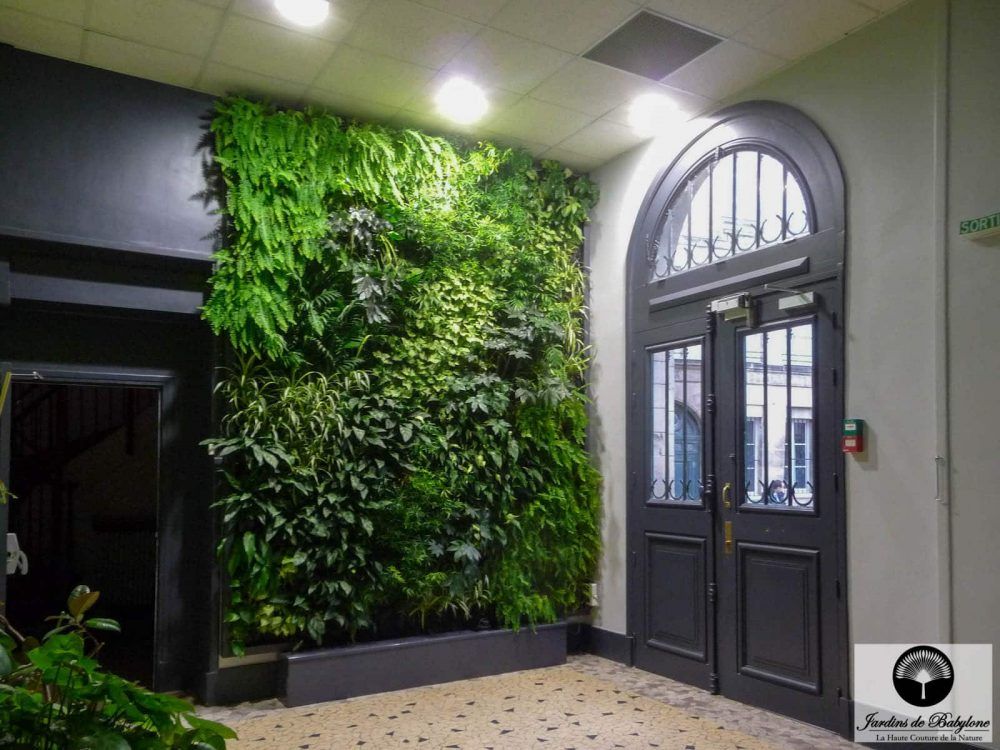 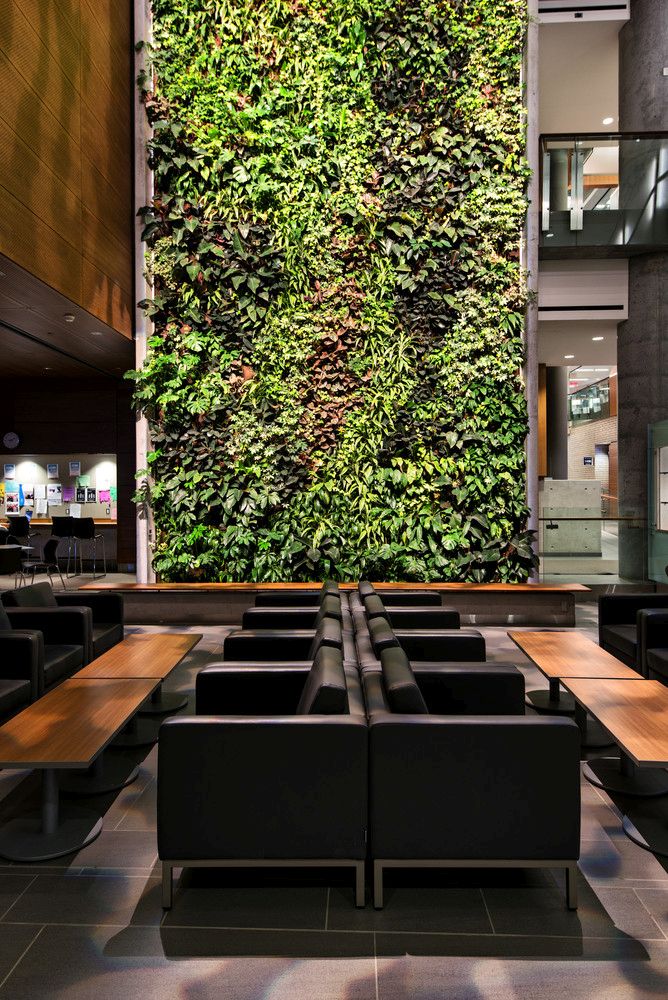 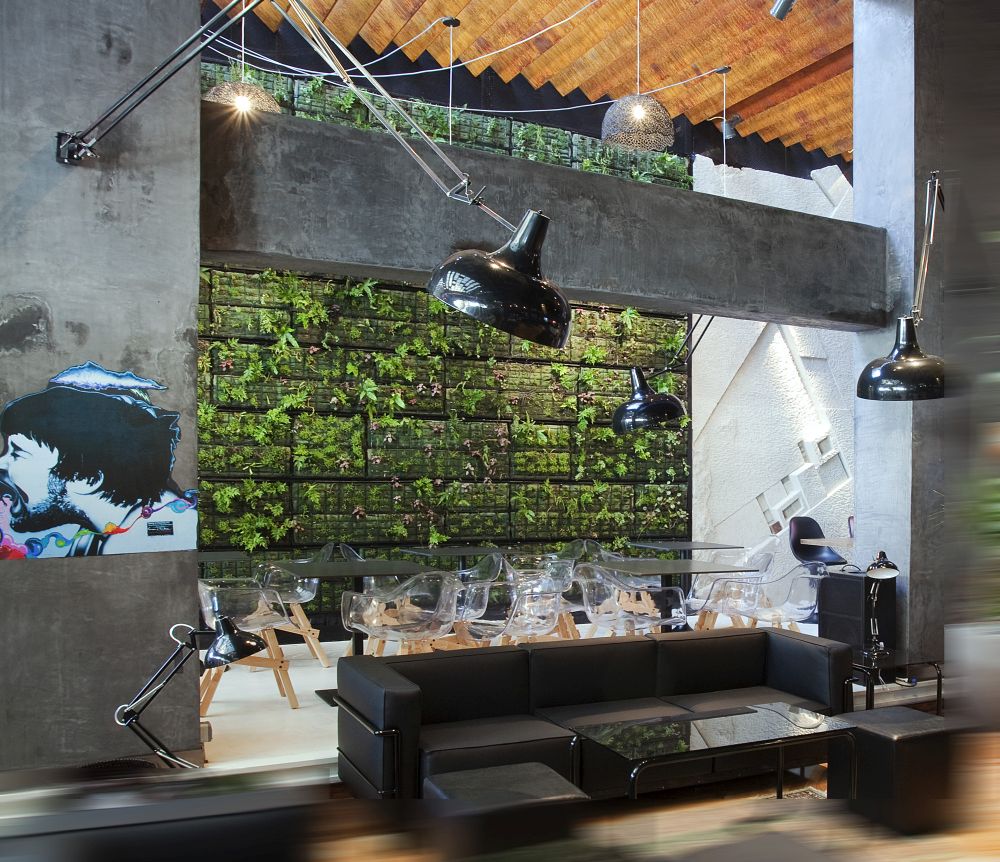 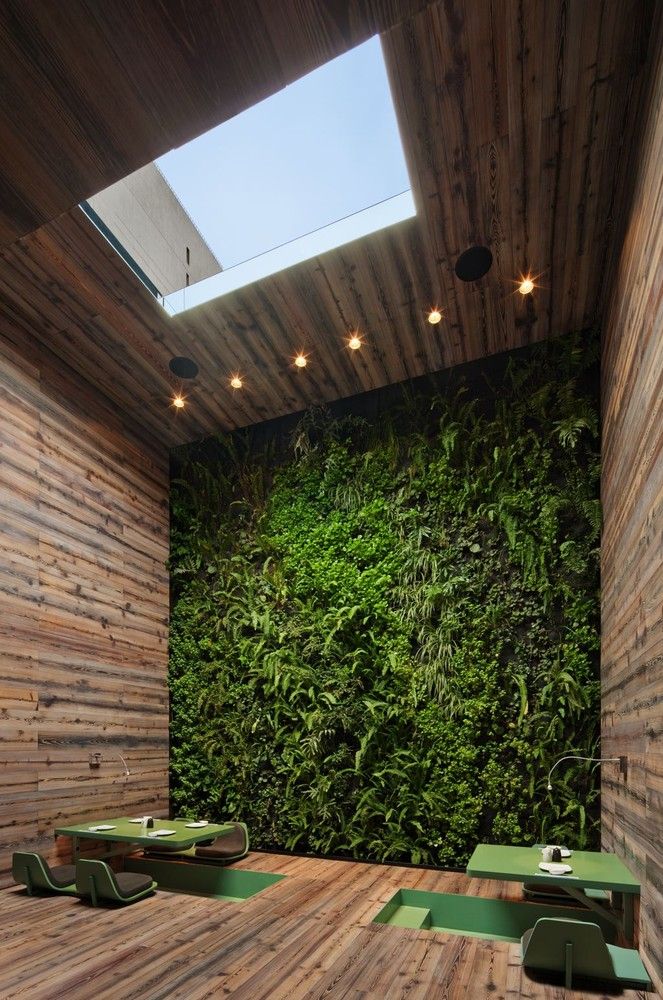 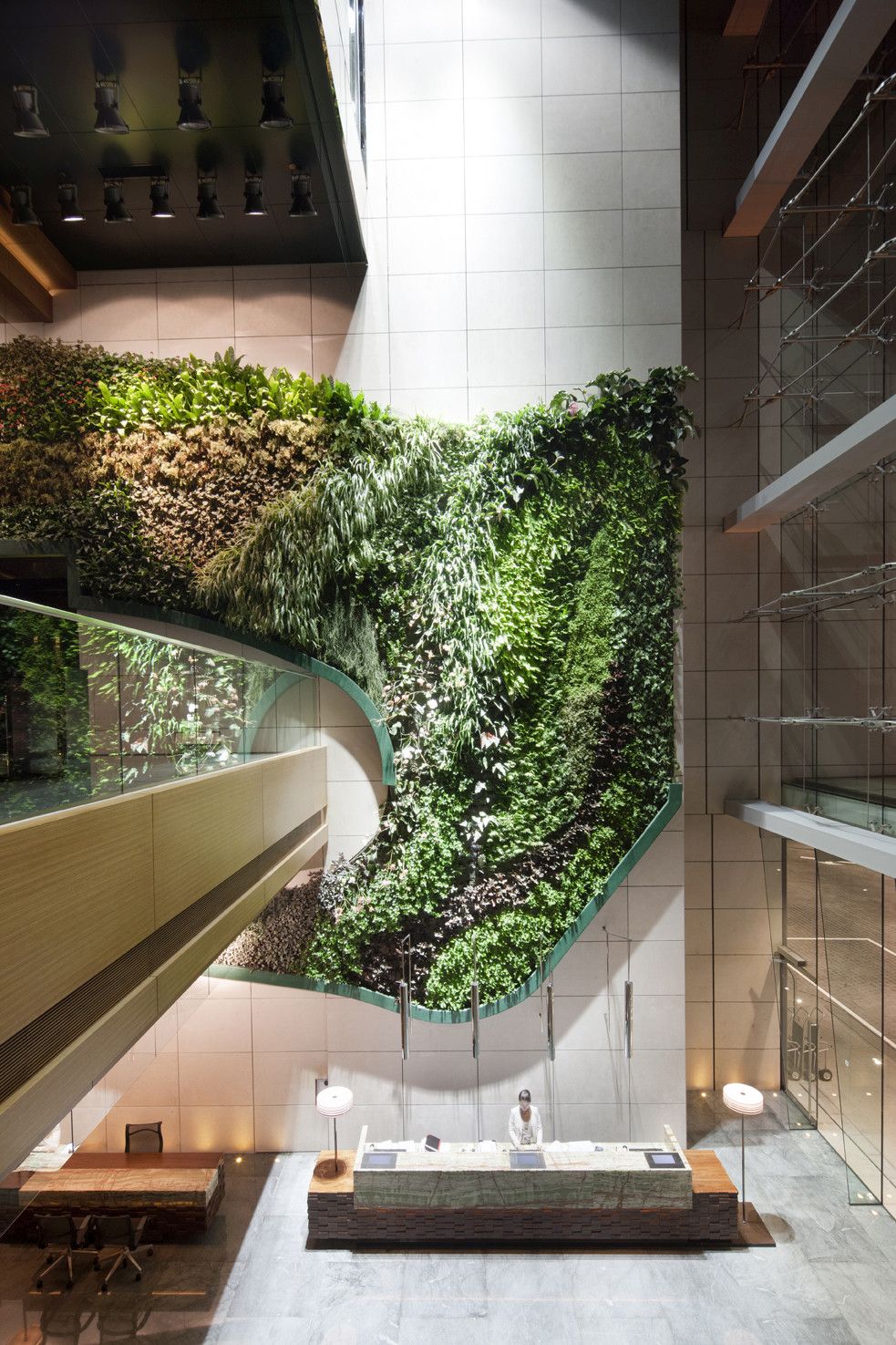 With society’s growing push for healthier environments both indoors and out, green walls are skyrocketing in popularity. People are discovering that they are a great way to not only bring a bigger, more dramatic dose of nature inside, but they also emphasize the healthy aspects of greenery. While they are currently more common in office settings, their entree into homes will become more widespread as people start to realize the benefits of a green wall.  And indeed, those benefits are many.

Where did the Concept Come From?

Actually, green walls are not a very new idea. According to the Landscape Architect’s Network, the concept of vertical gardens was put forth by American scientist Stanley Hart White in 1937. It’s a little ironic that green walls have not been as popular in the US until now, considering the idea originated there. Later, French botanist Patrick Blanc designed the modern style of green walls that includes a full hydroponic system.

What is a Green Wall?

The basic description of a green wall is one that is covered with real greenery growing in some type of growing medium. For a green wall — essentially a vertical garden — to thrive indoors, it needs to have an integrated system that water the plants regularly. With this type of garden, it’s not possible to water the plants in a traditional way with a watering can or hose. While some smaller green wall installations use real soil, most use some other type of growing medium, such as mats of coir fiber or felt, or a structure of spaces that hold the growing medium. The latter is more efficient because it can hold more water.

The Benefits of Green Walls

Visually, green walls are a very attractive, statement-making feature for any space. A vertical garden of any type or size adds drama and a natural feeling in a way that simple potted plants cannot. The combination of the size and scope of an entire green wall grounds the room and creates a one-of-a-kind atmosphere. Their size and dominance create the lush feeling of a wooded glen. Employees or residents are more relaxed in an environment that includes a green wall because of the calm and soothing feeling that nature creates. It’s a momentary respite for workers who may spend long hours never seeing the outdoors, especially of the office lacks windows.

As visually impressive as they are, installing a green wall also carries very important benefits for the indoor environment. In the quest for a healthy home or workplace, green walls are key natural systems for filtering indoor air. The abundance of living plants can reduce levels of carbon dioxide and help clear the air of some pollutants, such as VOCs, benzene, nitrogen dioxide and formaldehyde. Just as other houseplants do, green walls increase humidity and reduce the presence of dust in the air.

The benefits of green walls extend far beyond just better air quality and a more attractive space. Some studies have shown that natural surroundings greatly improve the focus in children who have Attention Deficit Disorder. Gardens have also been linked to better patient healing and research cited by Scientific AImerican notes that “The more greenery versus hard surfaces, the better,” noting that a ratio of at least 7:3 seems to work best.

Reduced levels of noise in buildings is another benefit that shouldn’t be surprising. Trees and plants can block sounds physically, and when added to a wall, they a add another layer that can absorb sound. The quieter atmosphere, minus the echoing steps and clatter that you can hear in a typical lobby or office, is much more pleasant for everyone in the space.

Yet another added benefit of green walls is better business for companies and higher resale value for properties. According to Green Over Grey, studies have indicated that plants in and around a building or home can increase real estate values by up to 20%. So, even if the home or building does not have a spectacular outdoor space, adding green walls can improve the property value.

Also, greenery in shops, malls, restaurants, other businesses has been shown to increase foot traffic. The same has been reported about higher occupancy rates at hotels that incorporate gardens and plants. These studies are supporting evidence that green walls have a multitude of benefits on the psyche and well-being of all who frequent the space.

For a businesses, green walls can also create savings by reducing energy costs. A wall full of living plants can help make the air in the building cooler in the hot summer months. This happens because of a process called Evapotranspiration, The process of transferring moisture into the atmosphere. As the company Hydropoint explains it, evaporation happens when water vapor leaves the soil or a plant’s surface. Transpiration means the passage of water through a plant, from its roots through its vascular system. In the winter, the green wall helps insulate the area, cutting down on heating costs.

Before addressing their benefits, green walls have an amazing visual impact on a building. In an urban area that is generally characterized by concrete, bricks and metal, the expanse of a vertical space covered with greenery is an astounding sight. Moreover, these attractive additions can be a viable and effective method for improving city streets and making urban life not only more pleasant but also healthier.

Green walls have incredible benefits for the exterior of buildings. Installing a vertical garden on the side of an urban building can help cool the area as well as reduce noises. It is reported that exterior living green walls help cut down the surface temperature of the wall by as much as 50 degrees °F. On the outside, this keeps the area on the street cooler and on the inside, it cuts down on energy usage and air conditioning costs.

Another benefit is the potential for these exterior green walls to reduce air pollution, according to a study done by the Karlsruhe Institute of Technology in Germany. Anyone who has visited a large city can attest that tall buildings along both sides of a street create a corridor that the researchers call a “street canyon.” The German researchers’ scientific modeling showed that a green wall that has been installed in a street canyon can trap or absorb a great deal of nitrogen dioxide and particulate matter.

Whether used on exteriors of a building on the inside, green walls are an attractive way to create a more pleasant atmosphere. Not only are they easy on the eyes and the psyche, they provide numerous health benefits and cost savings. Green walls are a testament to the good nature can do, even in an urban environment.