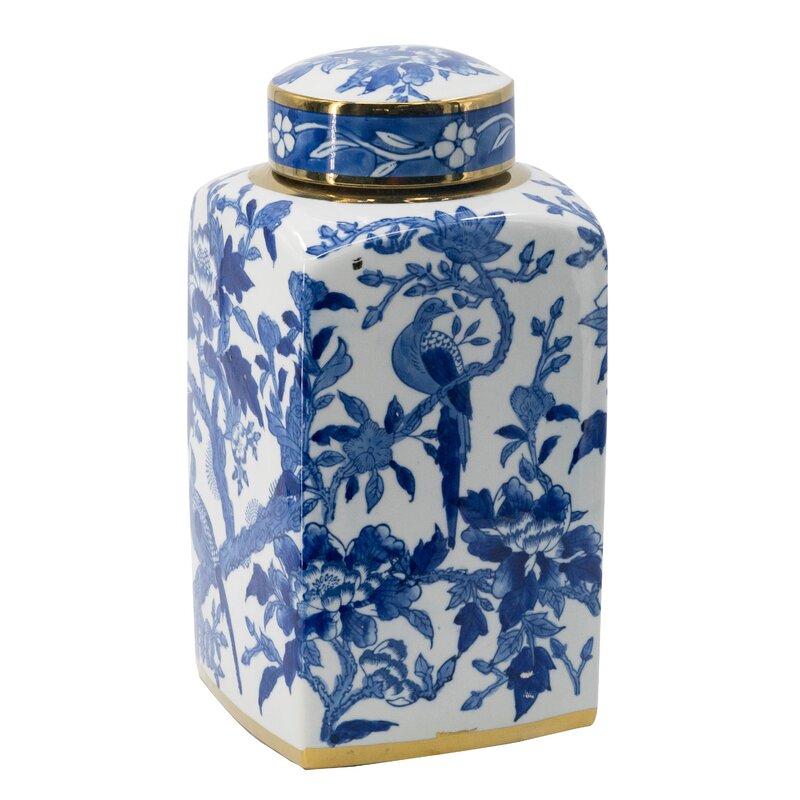 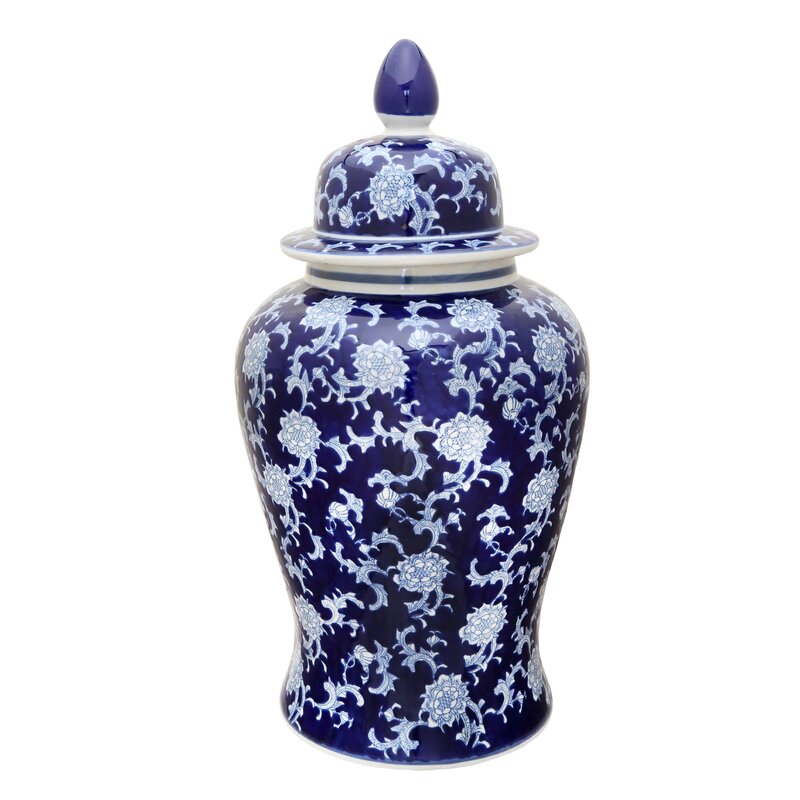 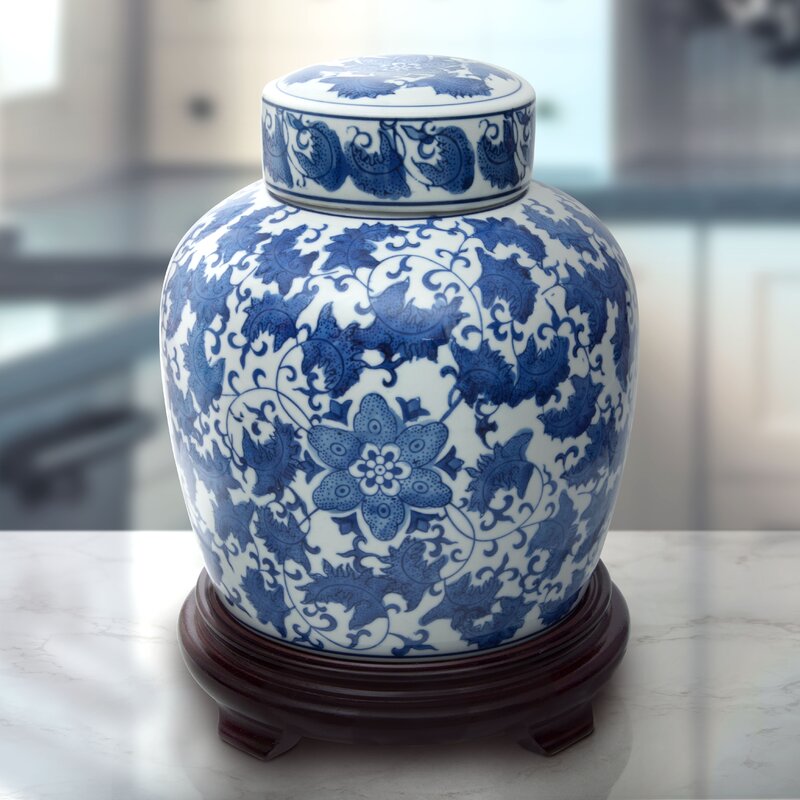 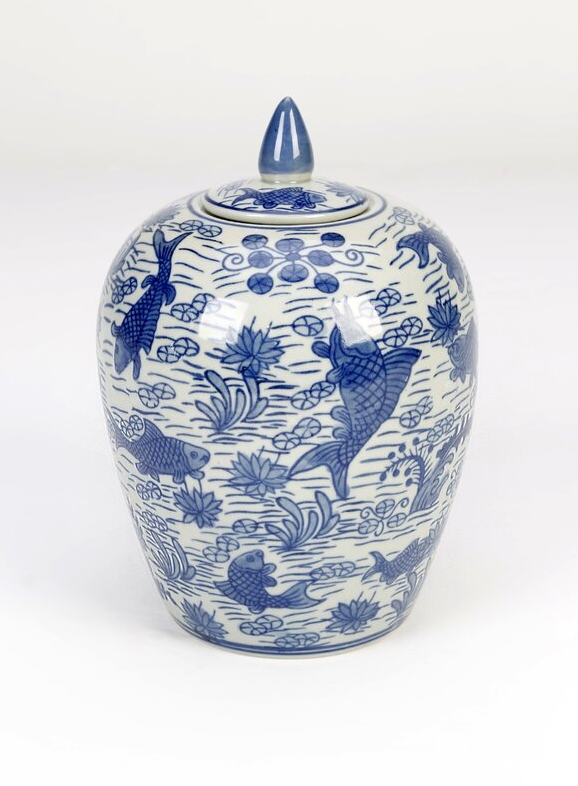 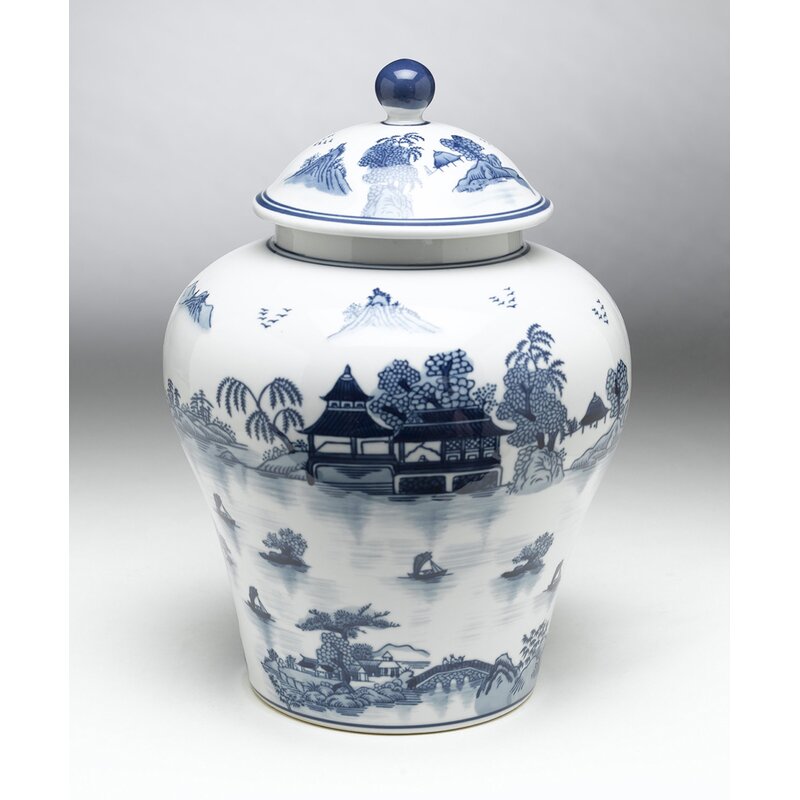 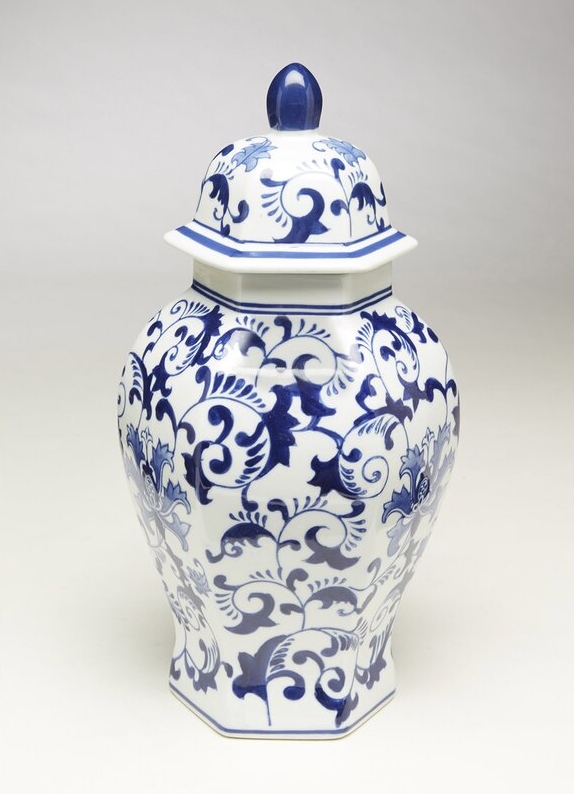 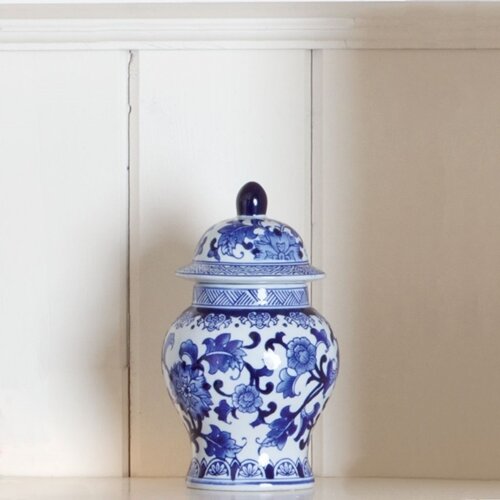 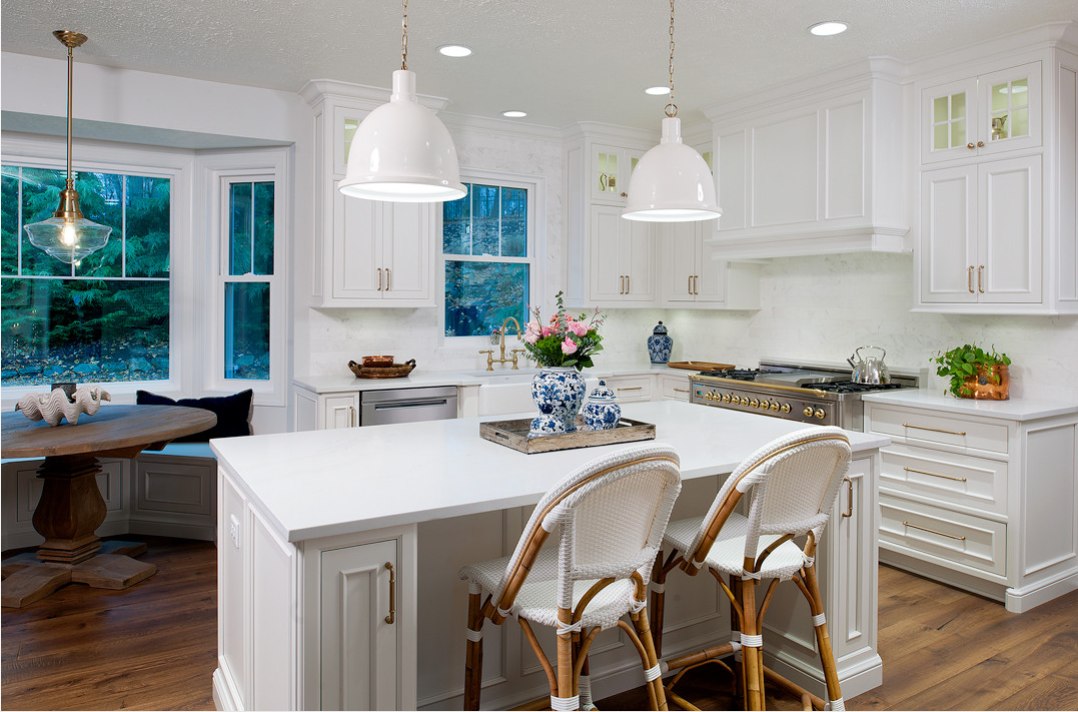 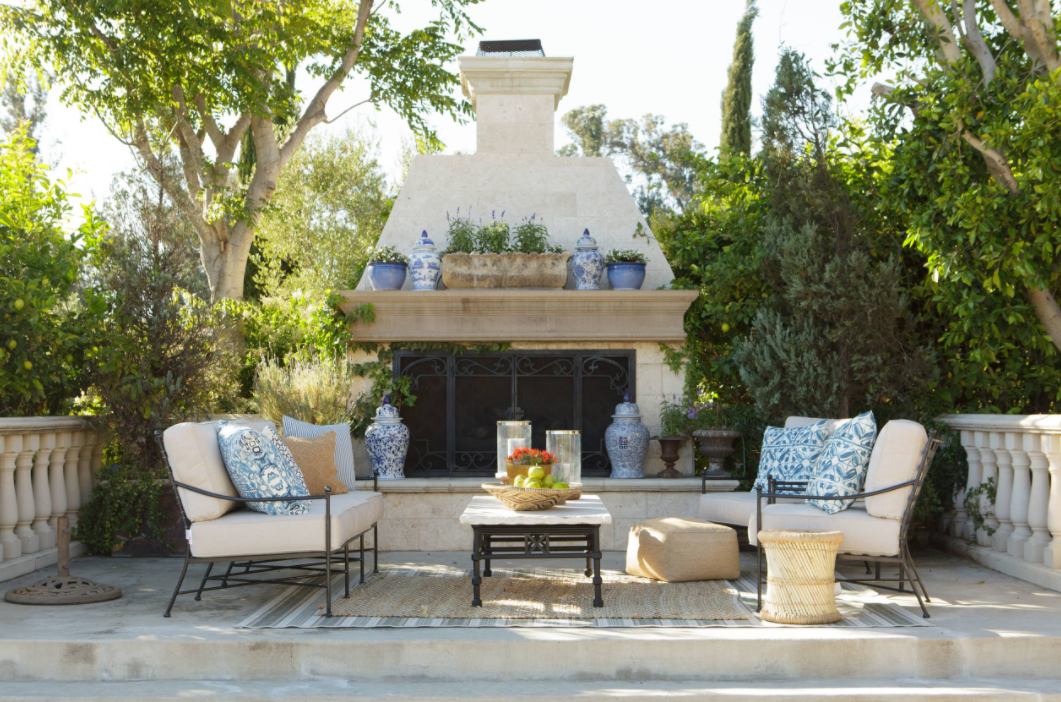 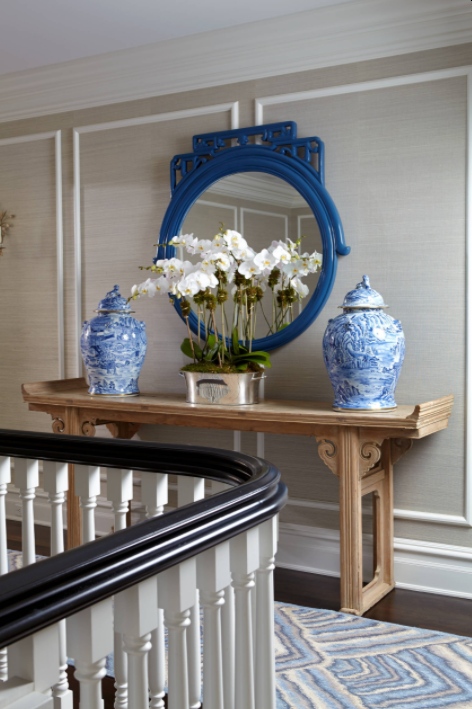 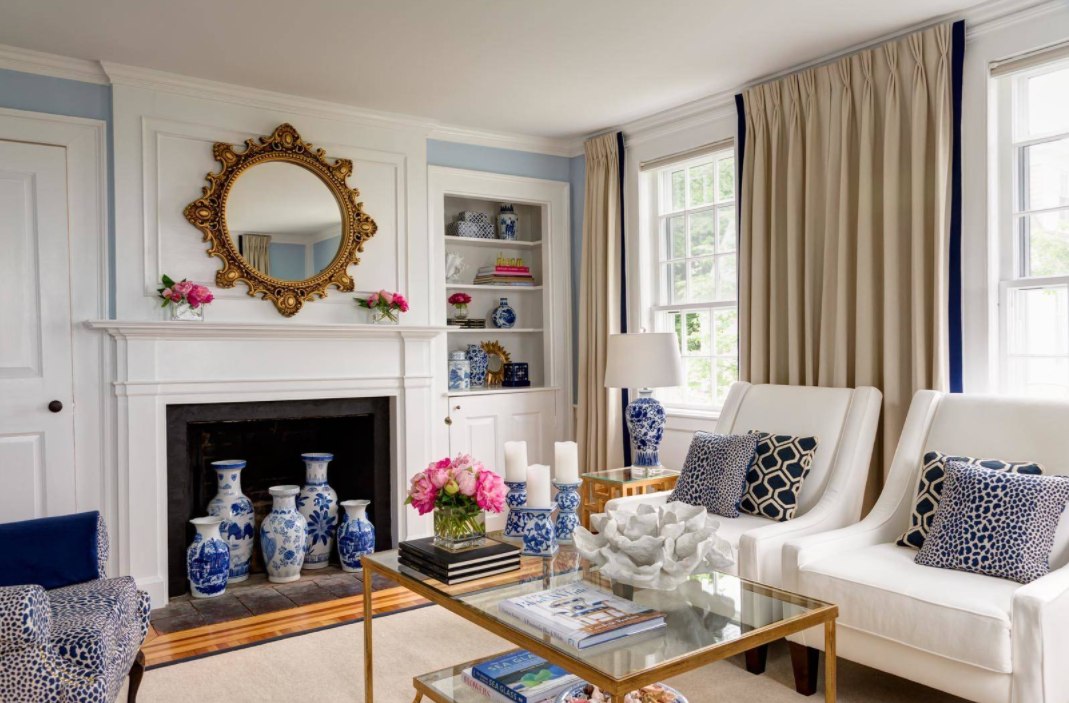 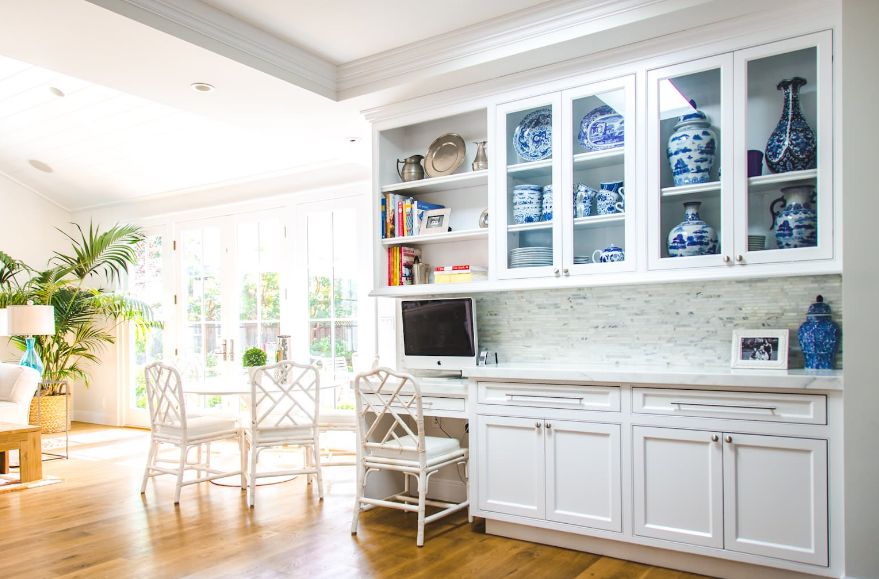 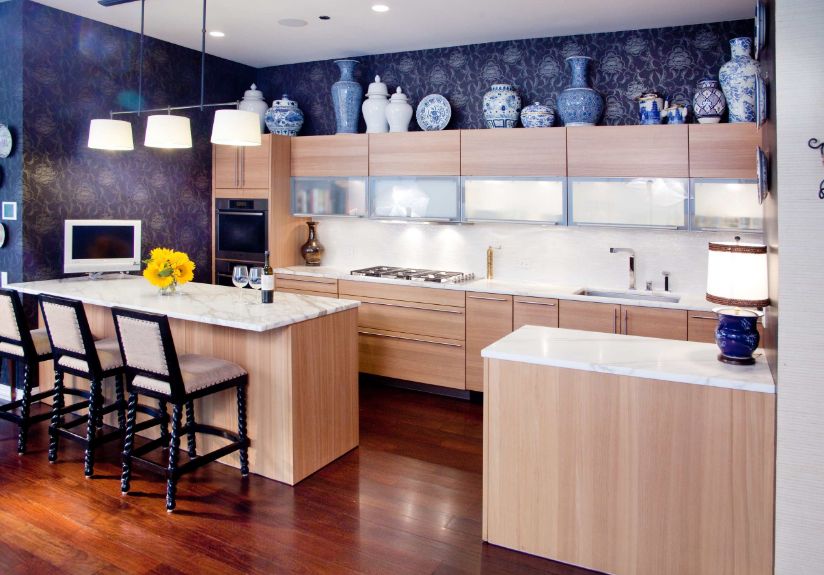 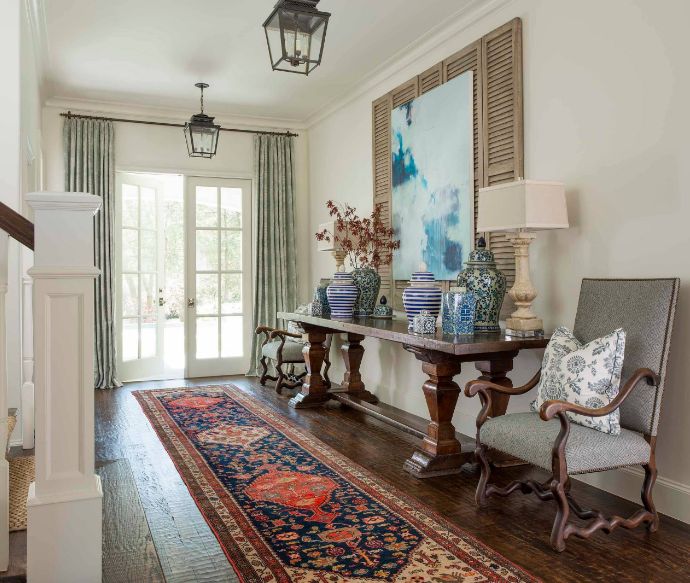 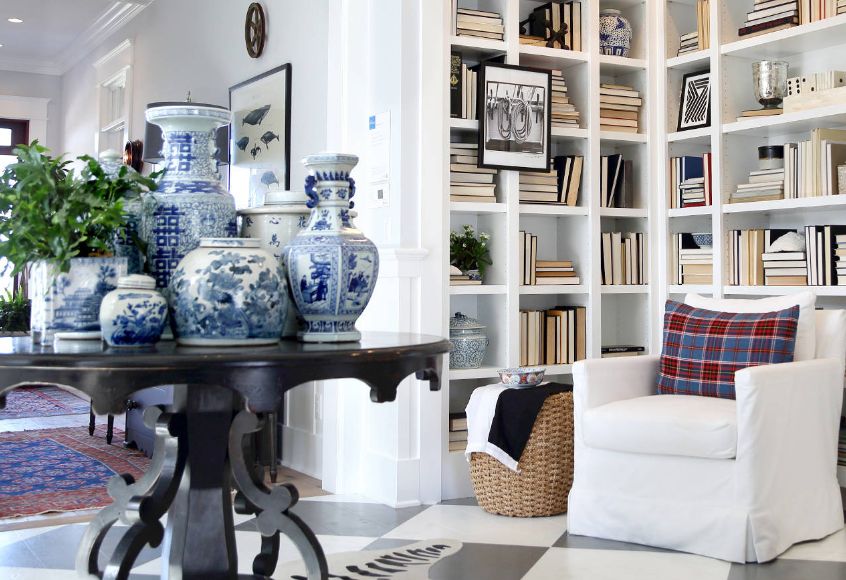 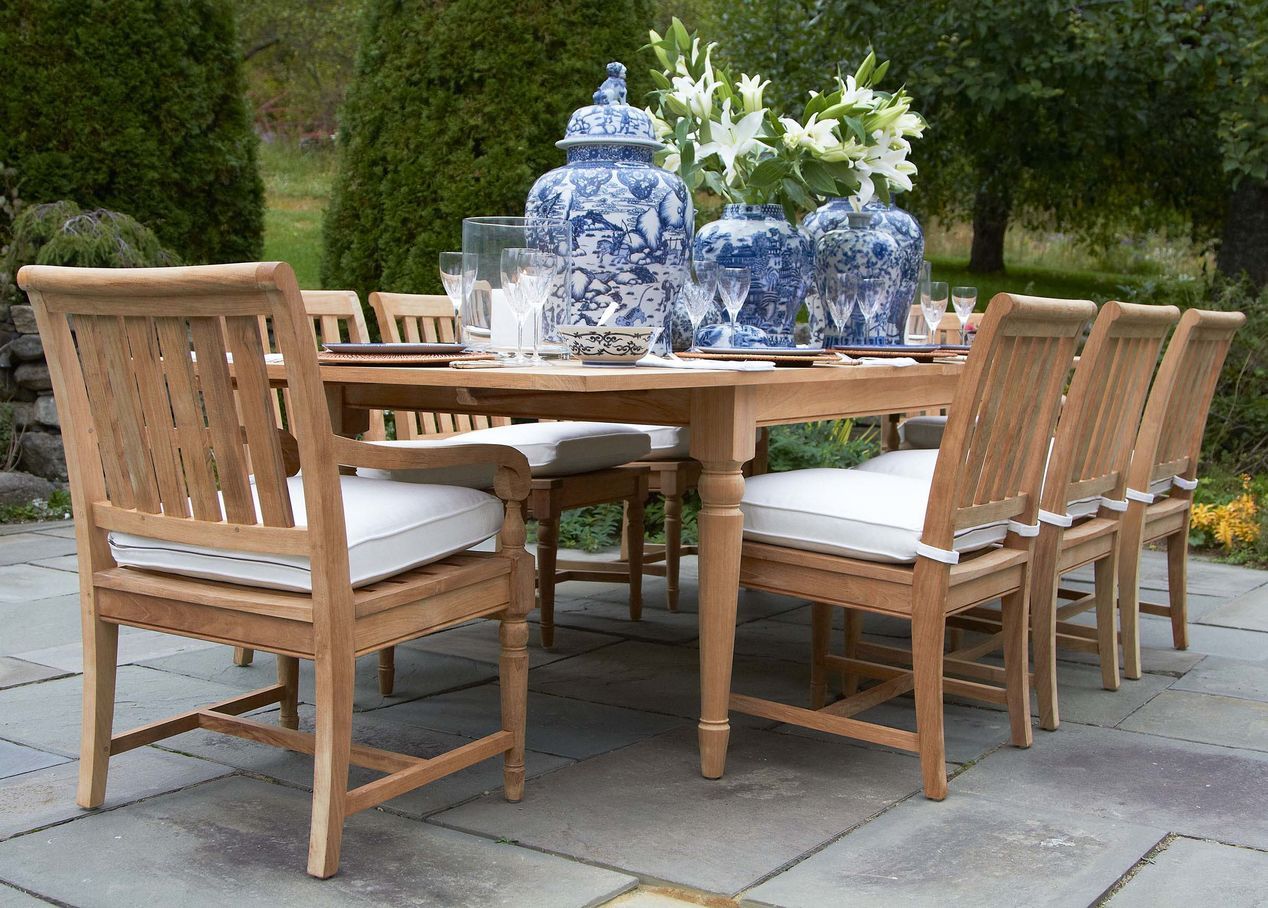 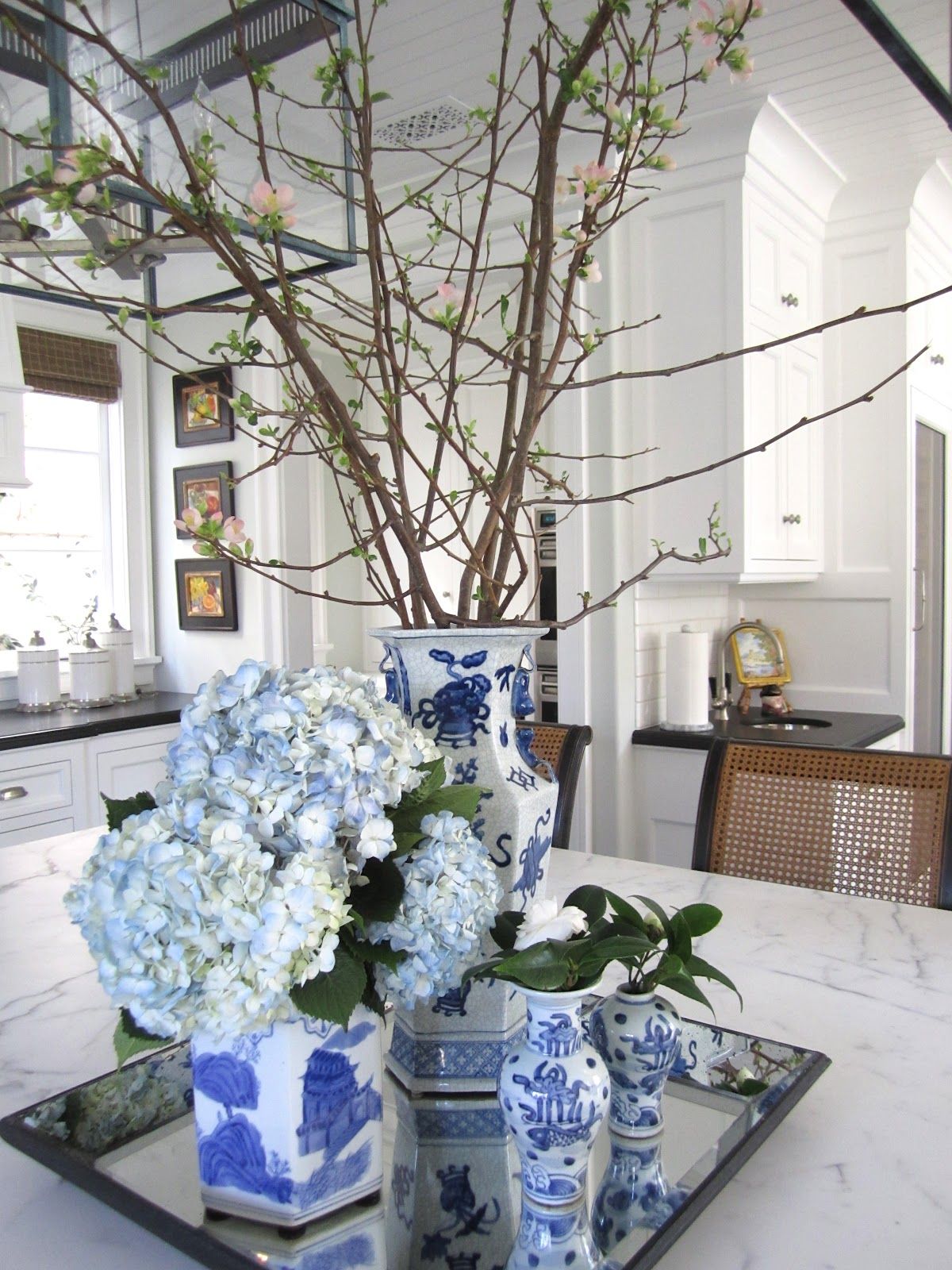 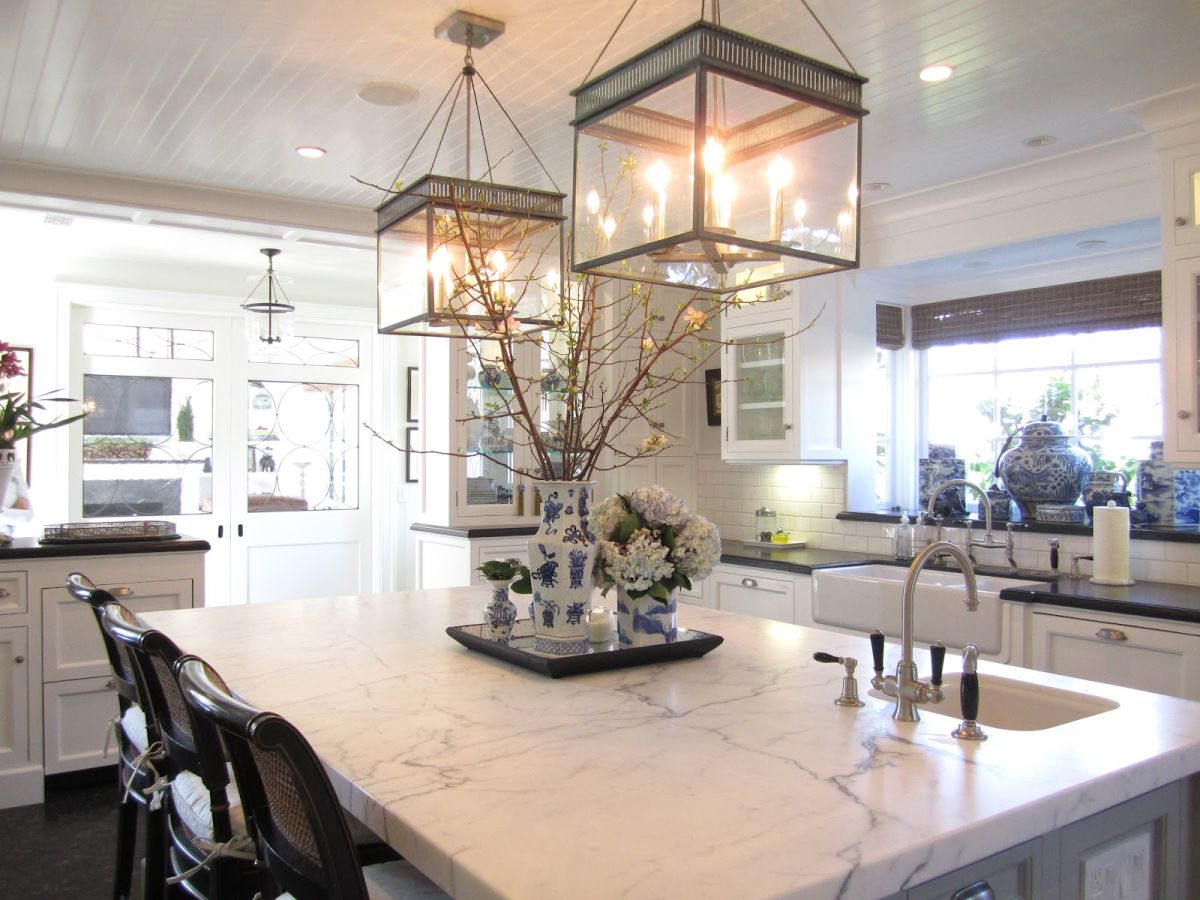 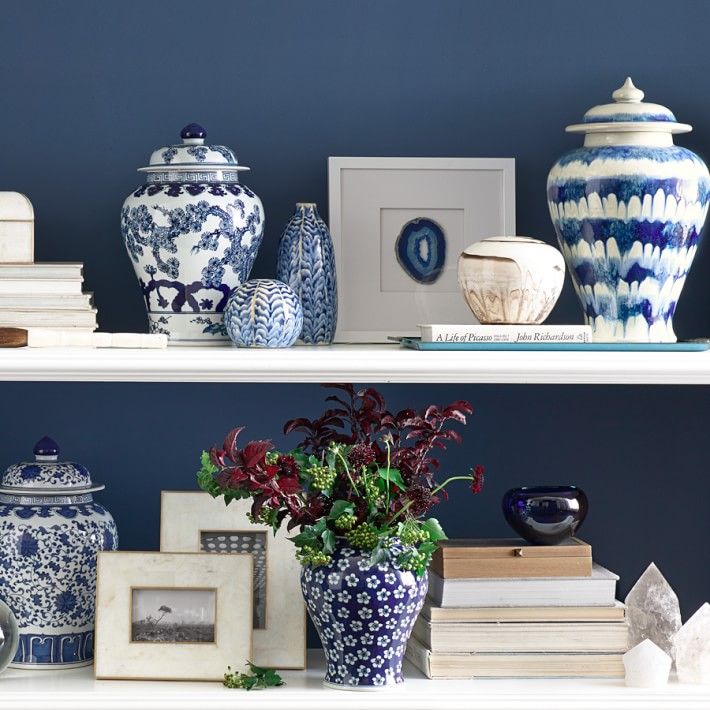 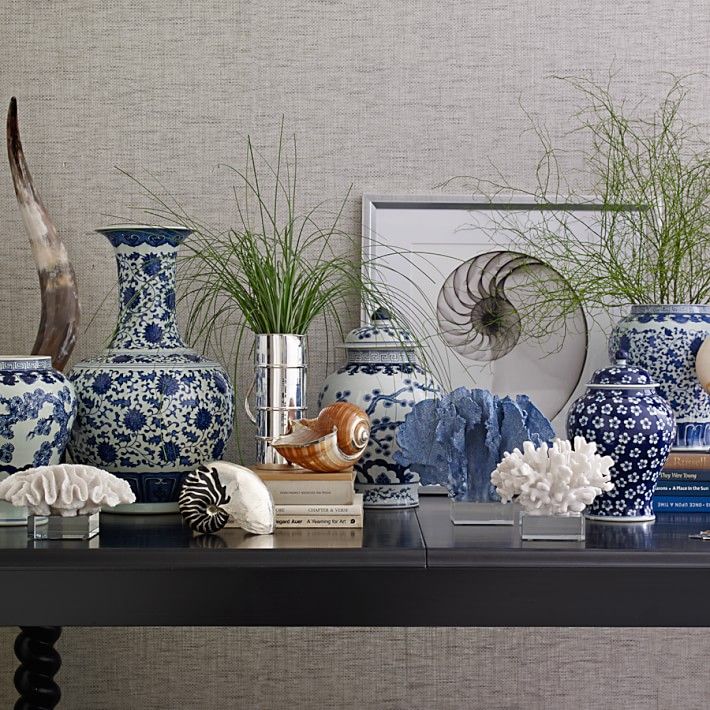 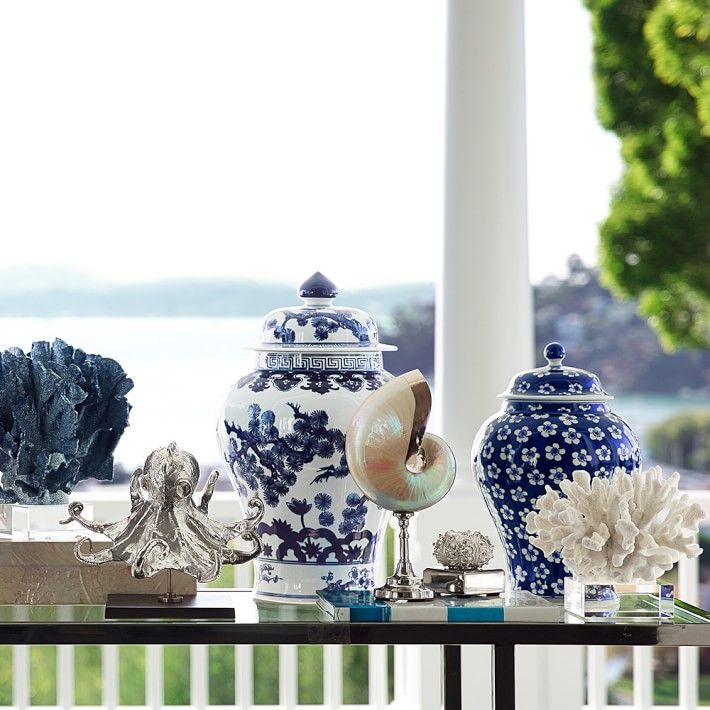 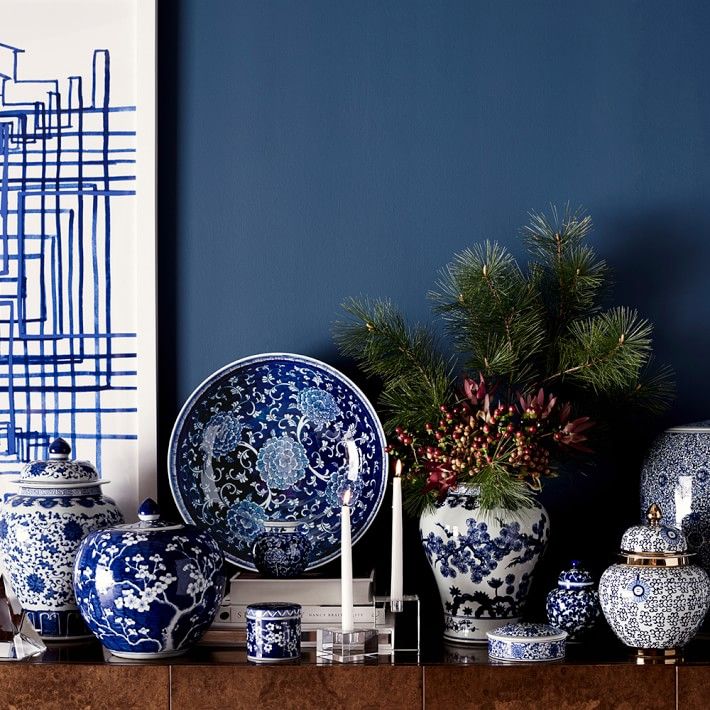 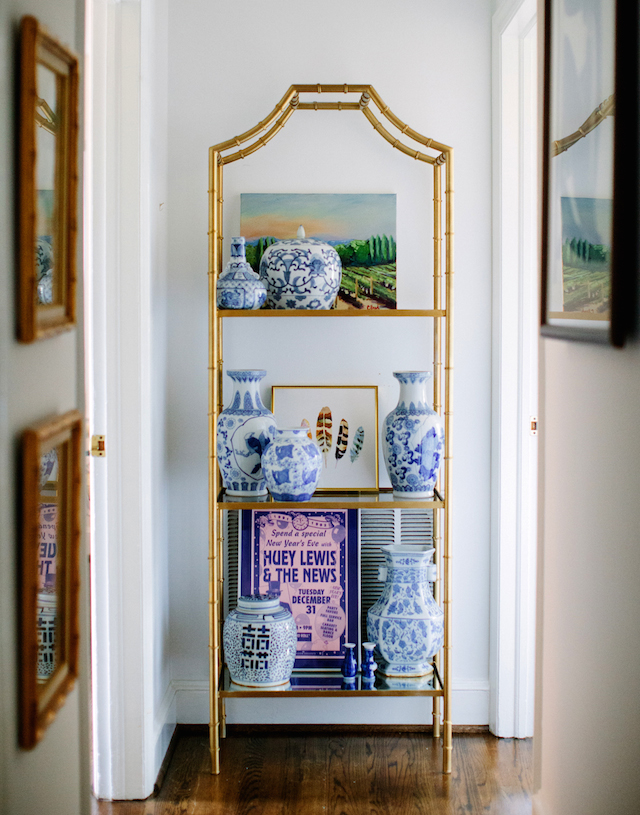 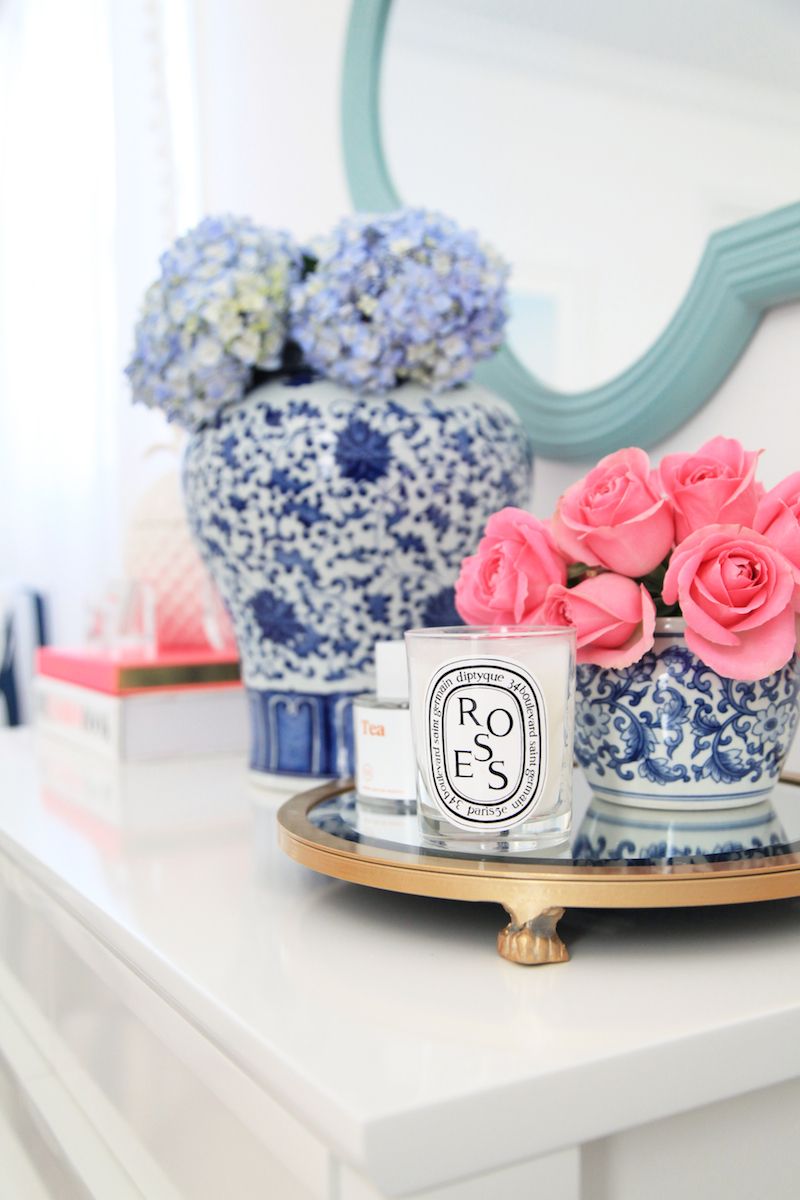 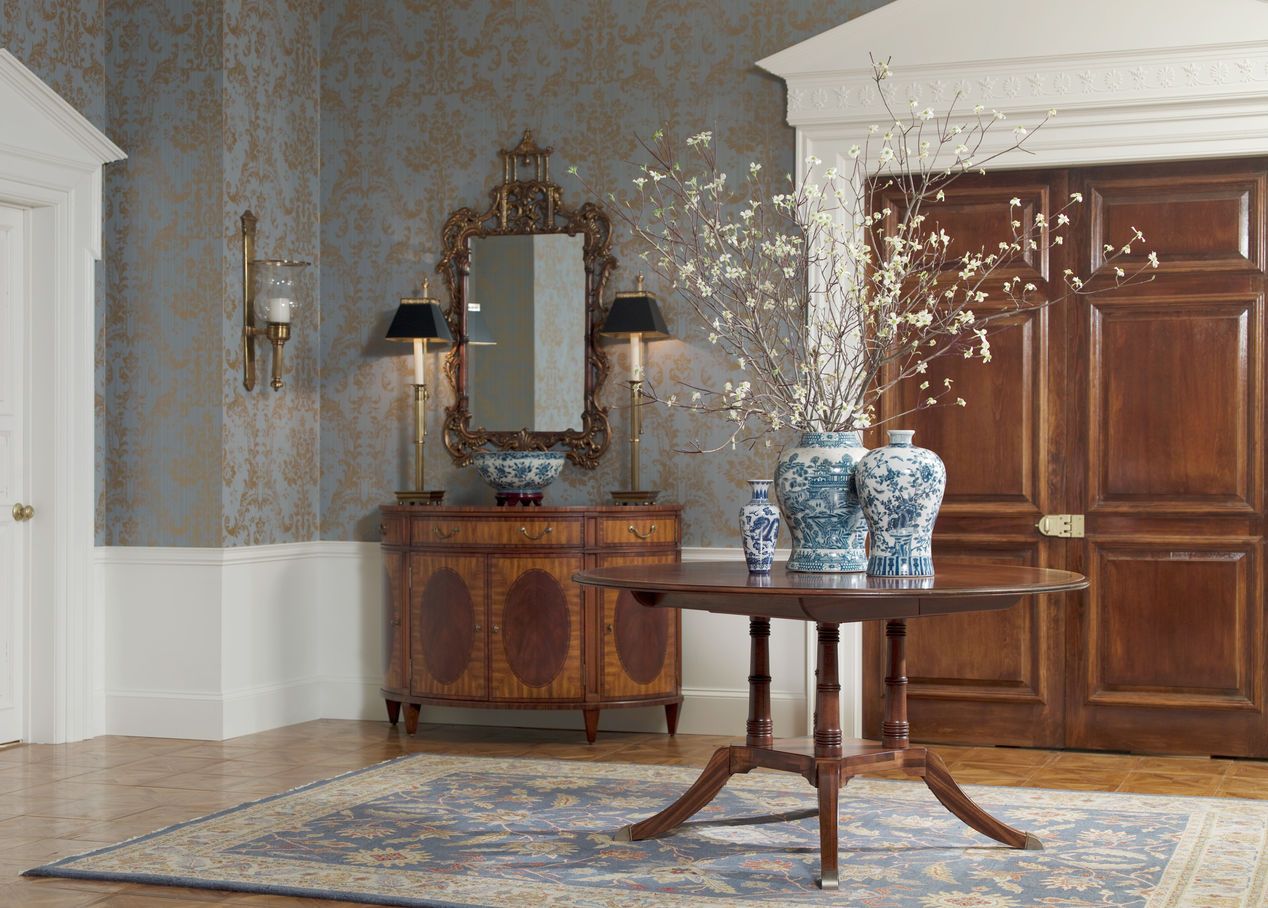 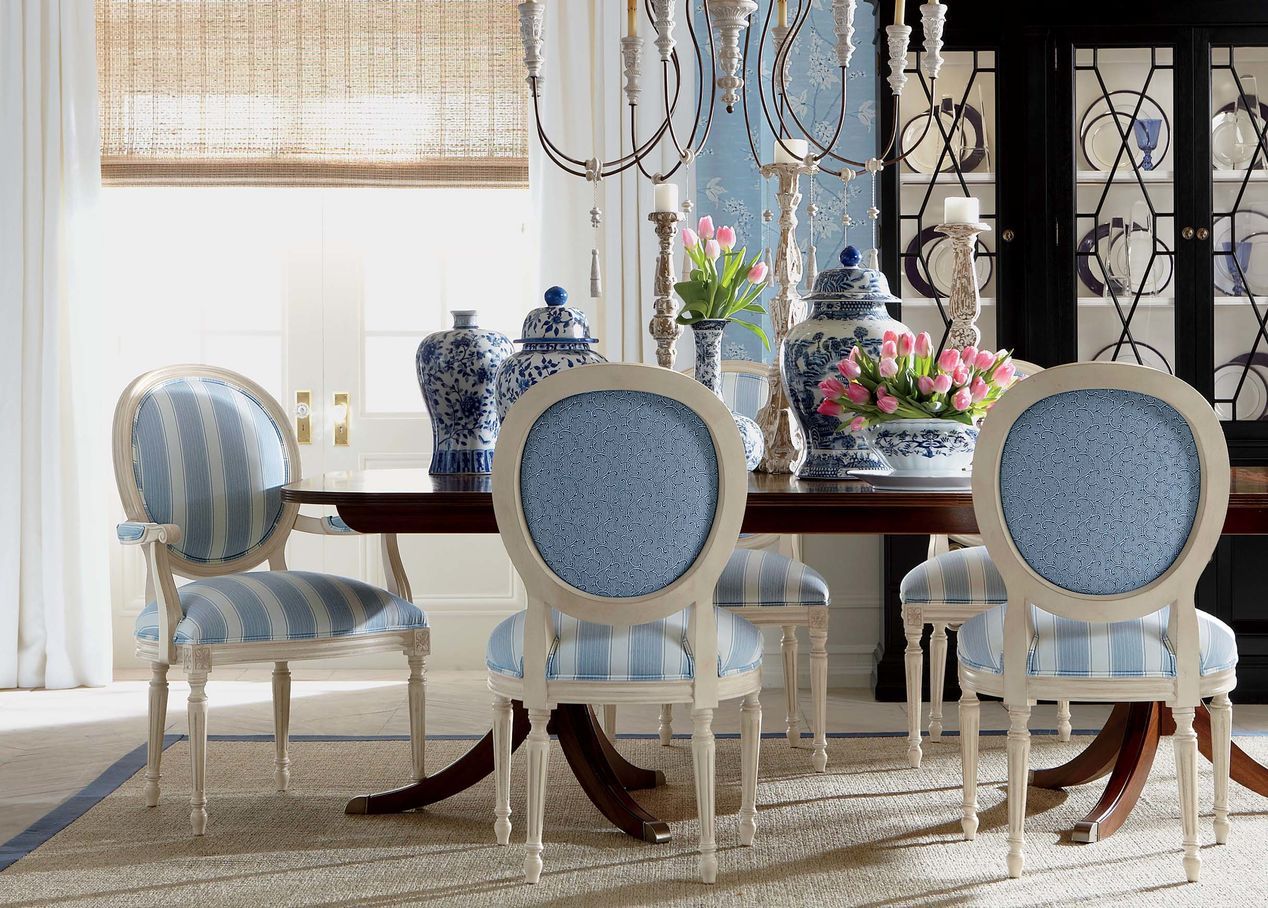 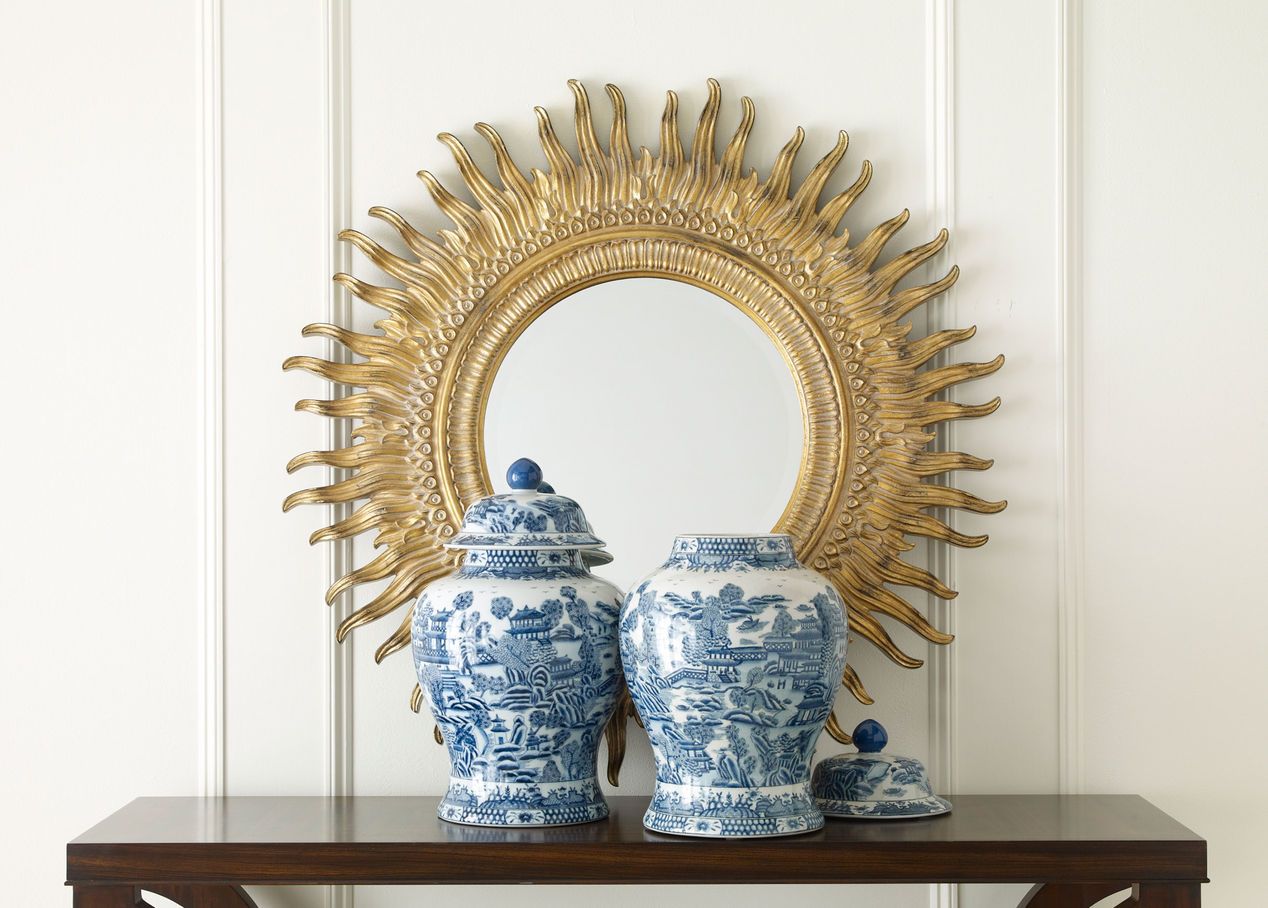 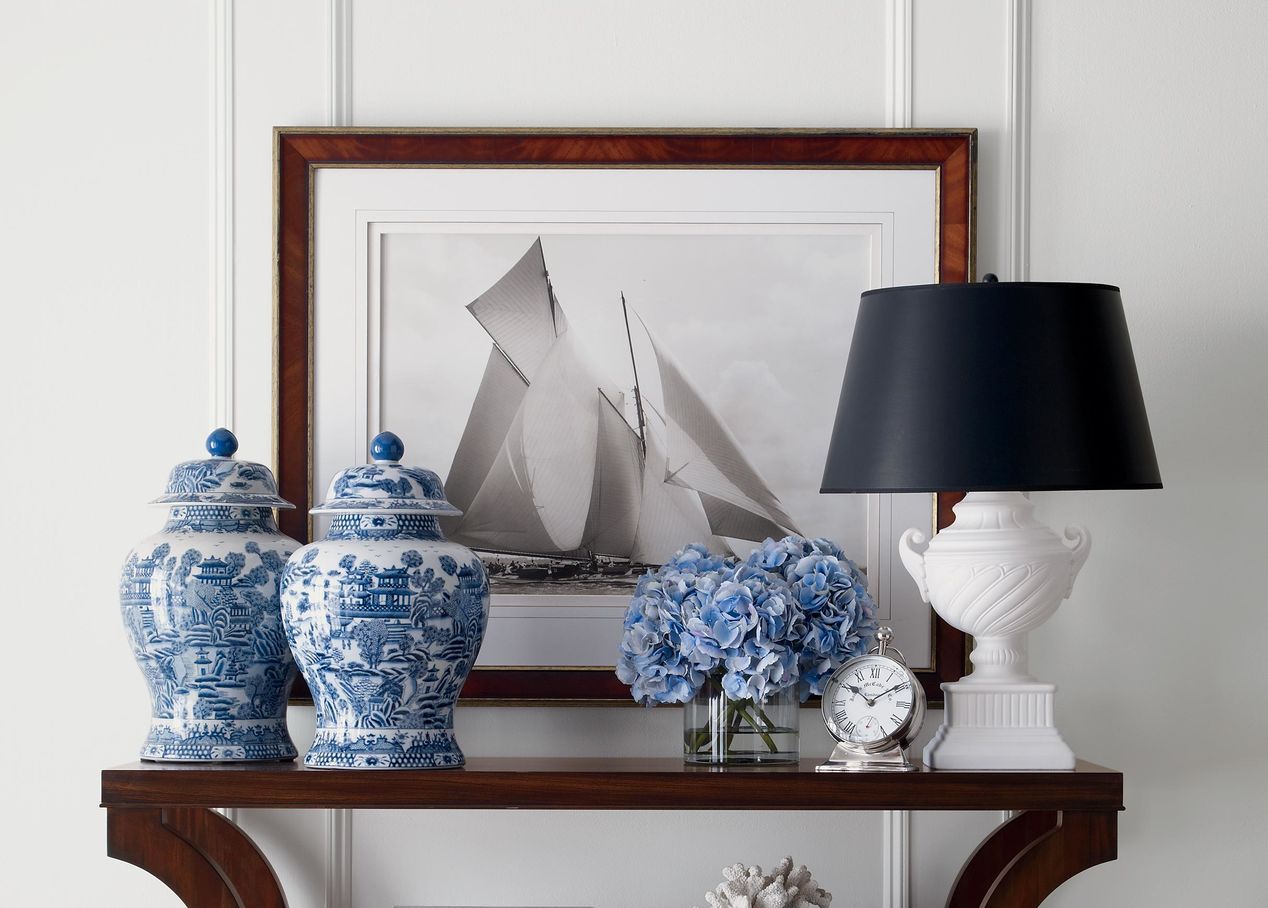 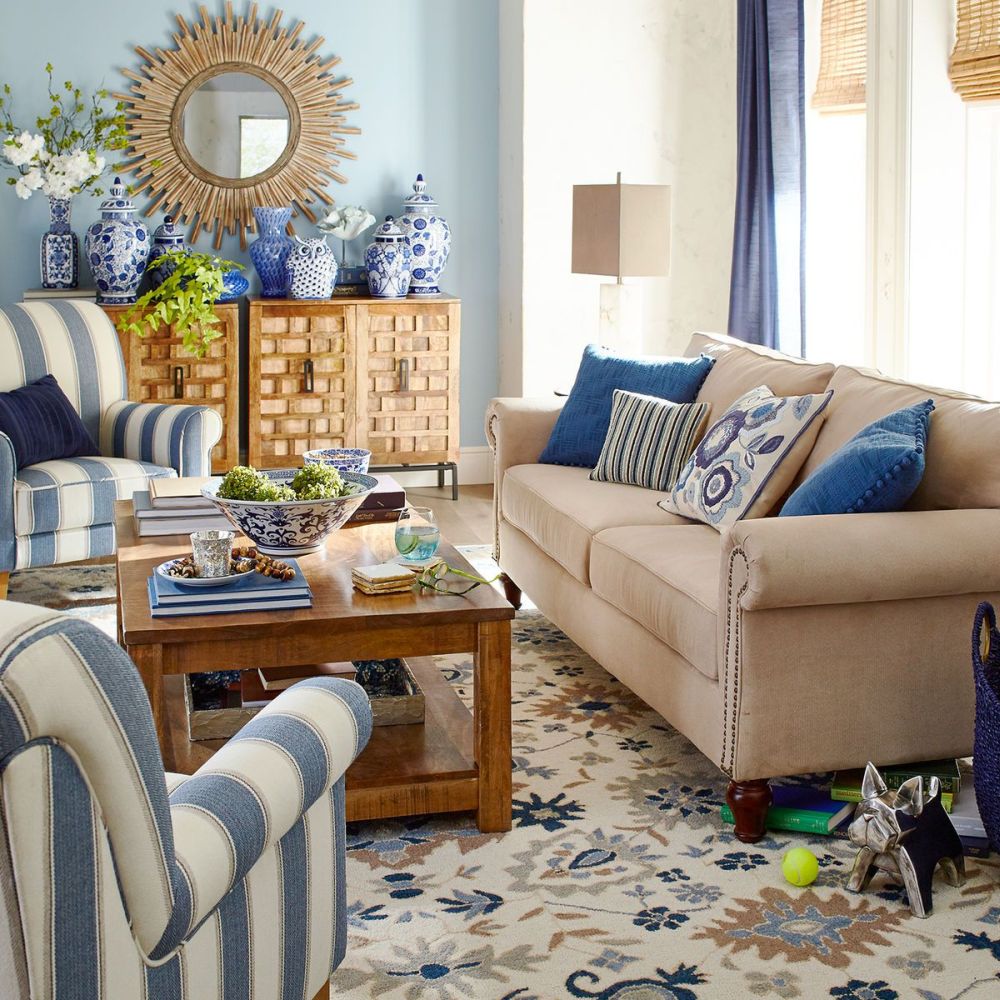 Ginger jars are very appreciated by porcelain collectors who cherish them for their beautiful and intricate designs. But ginger jars weren’t always this popular, especially in Europe, and they weren’t always called ginger jars. They originated in China in the Qin Dynasty and they began being exported to Europe in the 19th century. That’s also when they started being used as decorative objects.

Originally, ginger jars were used for storing and transporting spices in Ancient China. They were used as containers for salt, oil but also rarer spices such as ginger, hence the name they got when they began entering the Western world. Their utilitarian purpose was replaced in time by a decorative one. Jars such as the one available on Pier1 are meant to be displayed on mantels or shelves.

Ginger jars are mostly identified by their blue and white designs but the fact is that this isn’t the only combination that they come in. The blue and white look became popular in Europe and started a whole trend but these jars are actually produced in lots of other colors. The more colorful versions are less popular and, because of that, more special and hard to find.

Usually hand-painted, the true antique ginger jars are made of porcelain. The demand for these ornaments in Europe created opportunities for those that started to mass produce the jars. Those versions, however, are not nearly as valuable and the antique ones that the collectors seek.

These jars are no longer used for their intended purpose, at least not in Europe or other parts of the globe. They have become decorative objects, sometimes repurposed as vases or displayed as centerpieces or on fireplace mantels or on shelves.

Some of the most common decorative motifs used on ginger jars include dragons, landscapes, floral designs and Chinese carps. The large jar displayed here as a vase features a village scene. You can find the same jar on Ethanallen.

It’s easy to identify a ginger jar not only by its white and blue decorative motif but also by its form. The jars have high shoulders, rounded shapes, small mouths, domed lids and they have no handles. You can see two variations of the design displayed on Lemonstripes.

Because it’s usually difficult to stop at just one, ginger jars are usually displayed in groups of two, three or more. They’re clustered on tables or on shelves and before you know it you become a collector and you need a bigger space for all your jars. Maybe you could find some inspiration on Isuwannee.

You may not be very familiar with ginger jars and their history but you surely know someone or have seen somewhere other similar ornamental pieces. Decorative Chinese plates and bowls are still popular among collectors or anyone who appreciates the look.

There’s no right or wrong way to display a set of ginger jars. You can simply put them all in the same place or you can spread them around the room. You can also display them together with other decorations such as small sculptures, vases or books.

Some jars have whole scenes painted on them while others can feature repetitive patterns or simpler designs. You can find a variety of beautiful models on Williams-sonoma. They all feature a combination of white and cobalt blue.

The common way to repurpose these beautiful jars is into vases. In fact, some vases have been specifically designed to replicate ginger jars in design but without copying their signature form.

The white and blue combo is very common in Mediterranean decors. You could say that these vases are mimicking the look of ginger jars. They have the same type of charm. {found on classiccasualhome}.

The versatility of these decorative items allows them to look exquisite in a variety of settings. Their classical charm can complement rustic and traditional interiors but can also look great in a modern outdoor settings such as this one that features elegant Millbrook chairs around a classy wooden table.

It’s up to you to find the best way to display your ginger jar collection. Here, for example, they were all clustered on a side table and they serve as a focal point for the room’s decor.

Use ginger jars to add some color, pattern and style to a hallway. Display them on a console table and let them contrast with other decor elements such as the wall behind them, the area rug on the table on which they stand.

You can add a classical touch to your kitchen decor by displaying ginger jars on top of the wall-mounted cabinets or on an open shelf. If you have some other decorative pieces that match their style, put those up there as well.

If you want to keep your precious antique jars behind closed doors but still out in plain view for everyone to see, consider cabinets with glass fronts The glass keeps the dust away but doesn’t obstruct your collection from being admired.

Another interesting way to display your ginger jars is by grouping them up and showcasing them in front of the fireplace. The most common option would be to place them on the mantel but if you want to try something a little bit different you could display them like this, so the black backdrop of the fireplace interior helps them stand out even more.

Hallways often lack style and character but not this one. It’s beautifully decorated with a simple console table, a big circular mirror on the wall and a pair of ginger jars on either side of it, framing it and complementing its blue frame.

You can also take your beautiful ginger jars outside and have them displayed on a porch or a deck. Here they’re placed on the mantel of this big outdoor fireplace and there’s a couple more at the bottom as well.

Ginger jars can also look wonderful in the kitchen where you could use them as decorations or centerpieces. You could turn one into a beautiful and unique vase for the island or keep one on a shelf. Of course, let’s not forget about the origin of these beautiful jars so consider them actually using them to store your spices.

Where to get ginger jars from?

You’re probably wondering where could one acquire such a beautiful jar. Well, there’s plenty of options so we looked around and found a few products that you might want to check out. The prices of these jars can vary a lot but you can also find fairly inexpensive ones, like this Floral Ginger Jar with a classic design. It’s small and measures 8.5” H x 4.5” W x 4.5” D and you can pair It with other bigger ginger jars if you want to.

This Ginger Urn is another lovely example of something stylish that you can use as a decoration for your home. It’s hexagon-shaped and has more white in its design than other types of ginger jars which can be a detail that you can use in your favor. It has an elegant blue floral design and ir can be paired with all sorts of other similar items.

The design of this particular ginger jar is quite special. It depicts a beautiful Chinese-inspired landscape and it’s entirely handmade and handpainted. The shape is classical and this would be a great piece for anyone who appreciates Asian culture and wants something that can reflect that in their interior décor. Display it on a mantel, a console table or a shelf, either alone or with others.

Ginger jars come in all sorts of shapes and sizes which is great news for collectors because it means they can mix and match different pieces to create a wonderful and diverse display. This Bliss Blue ginger jar is a lovely piece to add to your collection. It has an interesting rounded shape with a pointy top and it measures 12” H x 6” W x 6” D overall. It’s also one of the more affordable ginger jars out there.

The Thielen floral ginger jar also has a really beautiful look. It features an authentic Ming style oriental design with a traditional floral motif. Its overall dimensions are 9.5” H x 8” W x 8” D and it can be paired with a fitted stand if you wish to display it in such away.

This Mordecai blue ginger jar is a bit more on the expensive side but it features a really beautiful design. It’s a handcrafted piece with an elegant silhouette and a hand painted floral motif on a dark blue background. It’s a timeless piece that will keep its charm forever.

This is a square-shaped ginger jar, quite an unusual shape that not many of them have. The design is a classical one and the color palette is the same white and blue combination but this time with gold accents as well. The overall dimensions of this jar are 12.6” H x 6.3” W x 6.3” D which allows it to be grouped with most of the other products on this list.