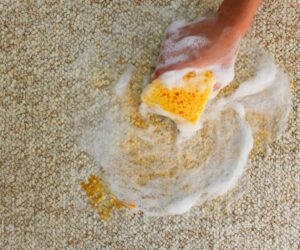 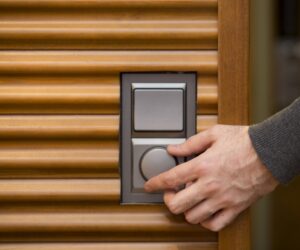 To get rid of opossums, you need to know what they like and dislike. Skunks can be gotten rid of in a variety of ways, and so can insects like termites and ants. But there are certain animals that are more difficult to keep away from your yard.

Some of those animals include raccoons and opossum. But these animals are not impossible to keep away from your home. Today, we’re going to go over different ways to get rid of opossums and keep them out for good.

What Is An Opossum?

Both can be nuisances but today we’re only going to talk about the opossum. He is distinguished from the possum by the color of his coat. The opossum has a grey or black body and a white face. The possum does not have a white face.

Many people decide to call opossum “possum” but this isn’t scientifically correct. It can be used but this is simply a local term that is used to describe this North American mammal that frequents trash cans.

Why Get Rid Of Opossums?

You may think that opossums are completely harmless, but they do bring multiple things with them that you definitely don’t want around. They are wild animals that like to linger around garbage and are not delightful to have in your yard.

Some people will try to tell you that it can be beneficial to have an opossum in your yard but the truth is that both of you are better off separated. Opossums belong in the wild away from humans and their trash.

Some of these diseases can strongly affect humans but most of them are primarily dangerous to pets. Pets that contract these diseases that aren’t protected and vaccinated do not have a good outlook.

Sure, there are already insects in the yard, but you don’t want to multiply them by letting opossum in your yard. They carry insects that wouldn’t normally find their way into your yard unless via a mammal.

These insects include both fleas and ticks. Fleas can leave bites on both pets and humans, and ticks can affect both as well. Ticks also carry their own set of diseases that can be very harmful to those infected.

This one isn’t necessarily as dangerous but it isn’t something you want to happen. Opossums are attracted to trash and garbage. If they find it, then they will string it out trying to find what they want out of it.

The same goes for gardens. If you have a garden, even if on a windowsill, they will track it down and make a mess of it. Sure, their “other messes” are annoying but the ones involving stringing things out are the worst.

It isn’t just the diseases and insects that can disrupt your life with your pets, but the opossum themselves. Anyone with dogs will tell you that the barking alone can be enough to drive the whole family crazy.

But it isn’t just that. It can actually put the opossum in danger if you let them scavenge your yard if you have pets. You don’t want to be liable for your dog taking care of an opossum in your yard.

If you want to do things the natural way, then it’s best to prevent opossums altogether. Preventing them is actually easier than getting rid of them. Here are the main ways you can prevent opossum in your yard.

Build a fence. That’s all there is to it. If the opossum can’t get into your yard then they won’t bother you. Make sure all gates remain closed and you have a good fence that is buried under the ground.

The fence should be buried at least six inches under the ground, preferably more. It should also be nearly solid for at least three feet. Learn how to build a fence like this and you’ll keep most critters out.

Clean out the trash! The best way to keep opossum away is to make sure that they don’t have anything of interest in your yard. They are more attracted to food than they are to shelter anyway. So get rid of the source.

You don’t have to avoid putting trash in your yard at all, but instead, get a trash can that is sealed. Don’t dispose of food outside either. Make sure everything you dispose of is sealed properly and they won’t be able to smell it.

Motion Sensors To Get Rid Of Opossums

You don’t have to get an electric fence to scare opossum away. You can scare them away by getting a motion-activated sensor that goes off when they get near. The sensor can spray water, make noise, or flashlights.

All of these things can scare the opossum away. It will also teach them to associate going into your yard with something negative. All mammals can learn by association. This process is called conditioning.

How To Get Rid Of Opossums

If you already have a problem and need to get rid of the opossums invading your yard, then you need to get serious. But the truth is that there aren’t really any effective “opossum repellents” out there.

Sure, you can buy over-the-counter chemicals, you can put garlic and other strong foods out, but none of these work consistently. That’s why opossums are so difficult to get rid of. They are hearty and difficult to deter.

How To Get Rid Of Opossums With Traps

If you can’t get rid of the opossum harassing your space then perhaps it is best to catch him. Only do this if you can be sure that you won’t resort to killing it. If you don’t believe that you can then maybe it’s time to call animal control.

When choosing a trap, it doesn’t have to be an opossum trap, but it’s a good idea if it is one. If you can’t find one, then just get a live animal trap that is 30 – 40 inches in length and 12 inches in height.

Two-door traps are more likely to work than one-door traps but it won’t make too much of a difference. As long as the trap is sturdy and isn’t too small, it should work nicely. So get one that is good quality.

Step 2: Place The Trap To Get Rid Of Opossums

If the opossum is living indoors, you can place it right at the opening where the opossum is getting in. For example, a crawlspace or hole in the shed. Place it outside the building rather than inside for easier disposal later.

Step 3: Bait And Set The Trap

Almost any food will bring the opossum in. Berries or something sweet generally works well. But even pet food can draw it in. Opossum love fruit but will eat just about anything that resembles food.

Learn how to bait properly for your own safety and for effectiveness. If the opossum can go in and get the food without getting trapped then you didn’t set it right. So learn to set the trap properly and do so at dusk.

Don’t be inhumane. Check the trap frequently and take care of the opossum as soon as you’ve caught it. Once you have caught it, get it to someplace cool and call animal control or another animal service.

Wildlife services love to deal with this kind of thing if you deal with it humanely. But you can also do this yourself by letting the opossum go in a nearby forest or reservation. But if you are in doubt, call someone.

Creating A Separate Home To Get Rid Of Opossums

This is where you can make a den for the opossum that will attract it without having to confront it. You can do this by finding someplace dry and warm. Like a stump, natural cave, or burrow made by another animal.

You want to fill the area with dried leaves and grass. Make sure there aren’t any other animals nearby and then place some of the opossum’s favorite food there. If you are lucky, you’ll find a place with food already.

For example, a berry bush. If this happens, then the opossum probably won’t be spending much time at your house anymore. Especially if you leave a trail to the new den that you’ve started for your opossum frenemy.