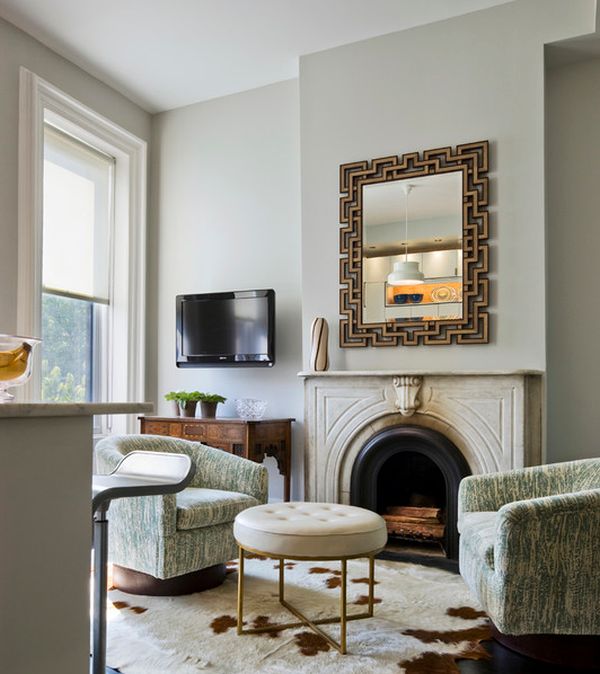 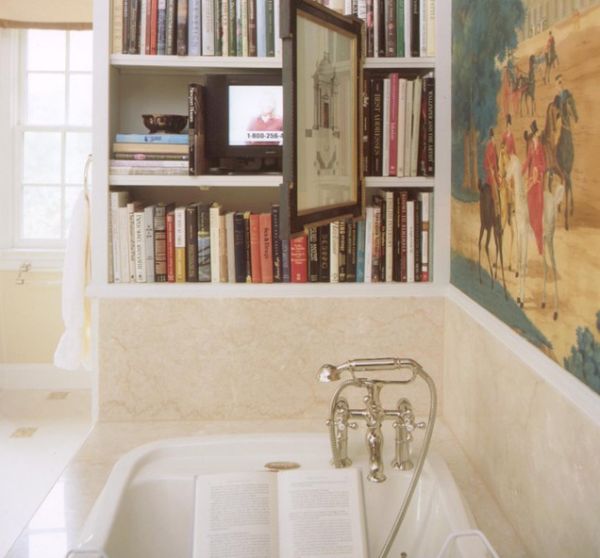 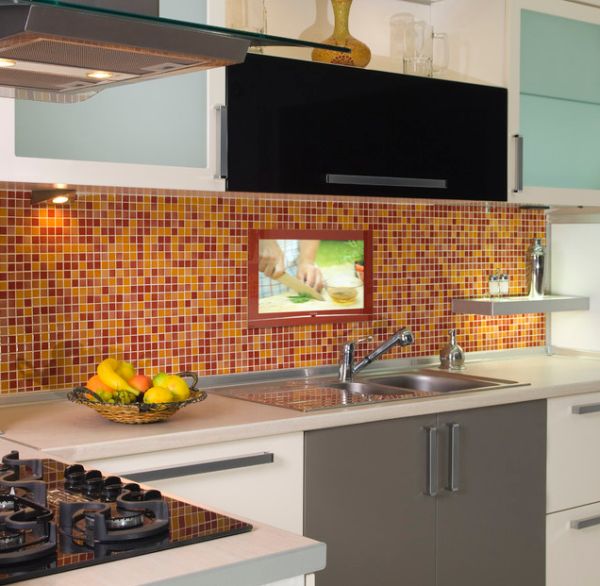 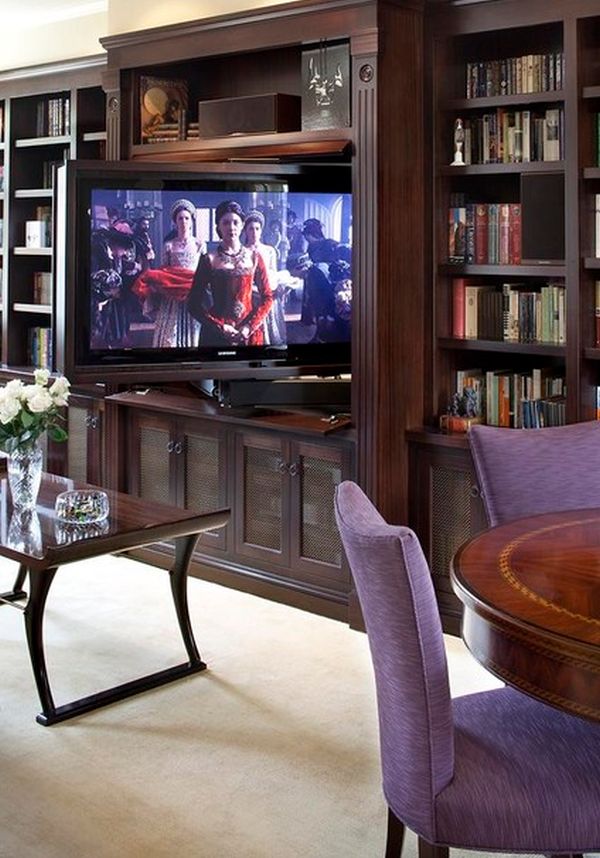 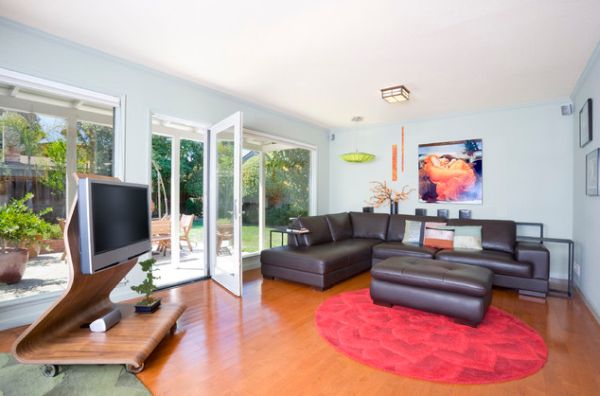 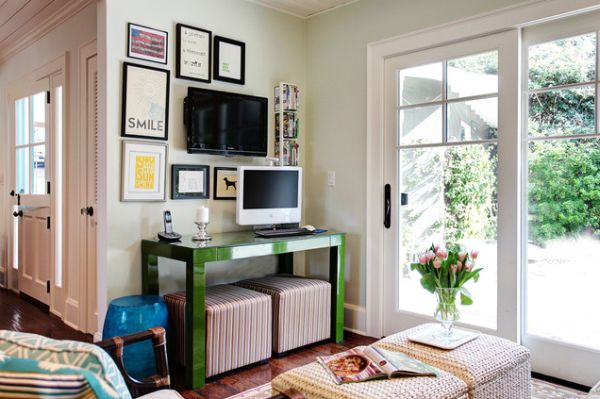 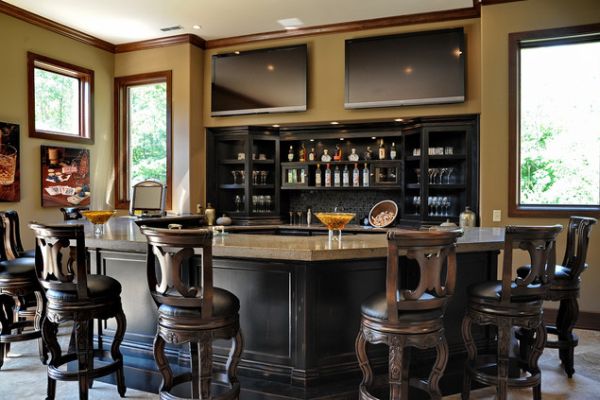 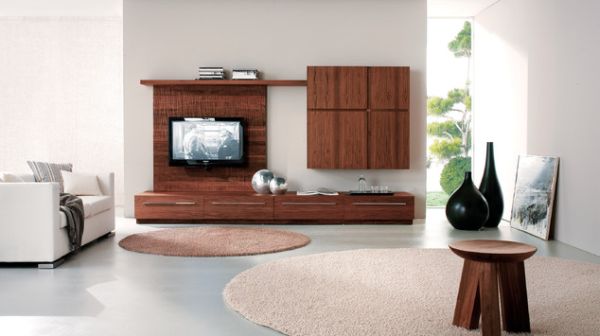 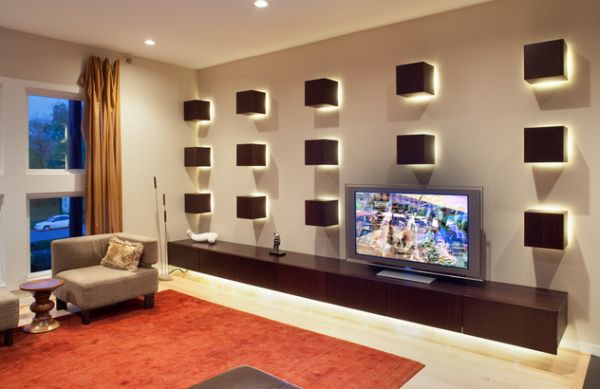 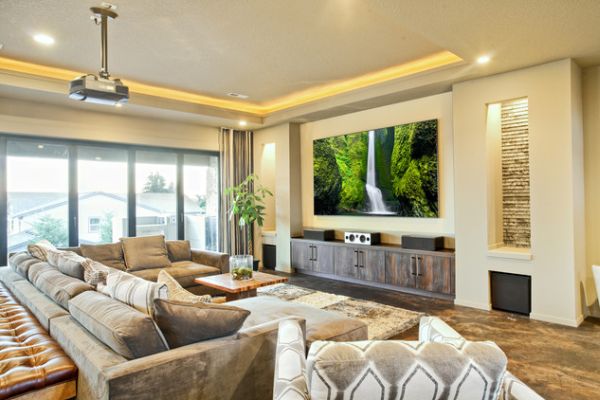 Things such as your TV and sound system don’t need to feel like clutter in the room or those cumbersome things you design around. Here are décor tricks to make the media display more appealing.

Make it Part of the Beautiful Décor.

With technology becoming such an integral part of our lives, an emphasis on design and style has been made when it comes to its production. This can be seen in the sleek and sophisticated appearance of televisions. So why hide yours away? Give it a prime spot in the room! Any accompanying speakers can be neatly tucked under it, such as by appearing on a shelf, so that they do not compete for attention.

You can also highlight the television with backlit shelves. These come in handy as extra storage for speakers.

Cabinets Put on a Show.

Ensuring a pretty cabinet for televisions and other media is a clever décor way to display your media without having to hide it. Make sure that the material of the cabinets is visually appealing. For instance, walnut can be beautiful when set against white walls.

If you have designed a home bar, it’s probably the perfect spot for a television. This is a great area in the home where you can entertain your friends while watching the latest football game. Place the television at a high level so it can be watched from anywhere in the room, and keep it in a size that is in proportion to the rest of the room, for instance when compared to windows. This makes the television appear part of the room’s design while still being on display.

A media wall is like an accent wall that contains room inside it for all your cables and wires, while displaying the television screen as a piece of art. As can be seen in the image above, using a color for the media wall that is darker than the rest of the room makes the media wall gain attention. However, when a screensaver is on the television, you’d have to do a double-take to ensure that you’re not looking at a piece of art.

You don’t always need a cupboard or cabinet to keep your media out of sight when not in use. Create a wall of décor items that are similar in size and/or color to the television. This makes the TV appear to be part of the décor while being unobtrusive in the room.

Get a TV Stand.

You don’t need to designate your television to the wall. There are plenty of other places where you can display it for a more creative option. A TV stand can come in handy. It’s a great way to make your TV appear to be floating in the room, plus with an interesting design it adds trendiness to your décor.

Add a slice of trendiness to the television area with a mounting bracket. This can be used on flat panel TVs to enable you to move them at an angle. This is great for combination rooms, such as a dining room/TV room, as you will be able to view the TV from all angles.

Add it to the Background Décor.

It’s common for people to have TVs in other areas of the home these days, such as the kitchen or bathroom.  The décor issue in such rooms is that the TV might appear to stand out like a sore thumb, but TVs that mount on the surface of the wall and match the surrounding décor, such as the paint color or tiling, can solve this issue easily.

In the bathroom it’s often more difficult to feature a TV. Chances are you don’t want to have it on show all the time if it seems to ruin the sanctuary feeling. Storing it on a shelf or in a cabinet and then hiding it from view with a piece of art can be a good idea.

Make Something Else the Focal Point.

Sometimes the best way to hide something is to make it invisible by comparison. Adding a décor item to the room that is much more attention-grabbing than the TV can overshadow it. It also provides sophistication and décor to the room, making the TV’s presence a lot more subtle.

Large speakers can become appealing items of décor while infusing the room with your favorite music. When showcasing your speakers, a good décor tip is to feature them in a color that matches some other part of the room’s design. For instance, black speakers with a touch of gold blend well with other gold accessories in the room.