By Simona Ganea | Published on Nov 14, 2016
of 13
Chinese Eiffel Tower
The Hanoi Museum - The original Hanoi Museum in Vietnam
China Art Museum - The China Art Museum at Shanghai World Expo
replica of the great sphinx in Giza - Replica of the Great Sphinx outside of Shijazhuang
replicas of the Moai statues on Easter Island - Copies of the Moai statues of Easter Island found in Beijing
Notre Dame de Ronchamp - The Ronchamp church designed by Le Corbusier
Ronchamp replica in Zhengzhou - A replica of the church, demolished in 2008
replica of the Colosseum - Replica of the Roman Colosseum in a Theme Park in Macau
The White House replica - The miniature White House replica in Beijing
The VitraHaus structure - The original VitraHaus building in Germany
TOKYO APARTMENT JAPAN SOU FUJIMOTO ARCHITECT
replica of the grand canal in Italy - Italy's Grand Canal replicated in Wuqing, China
replica of the Sydney Opera House - The design of the Sydney Opera House replicated in Beijing
Chinese Duplitecture – A Strange Phenomena With Deep Roots
Buy Now 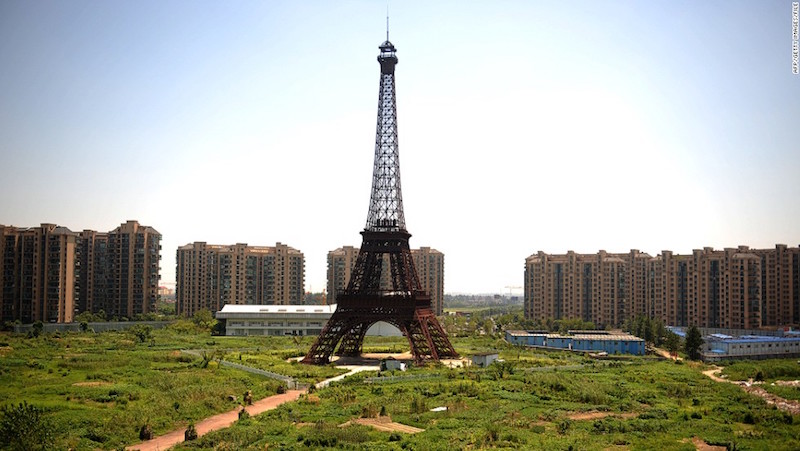 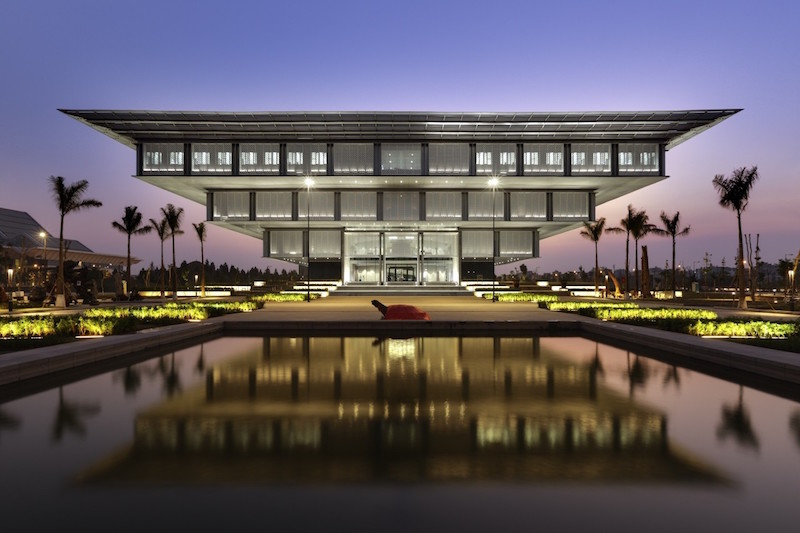 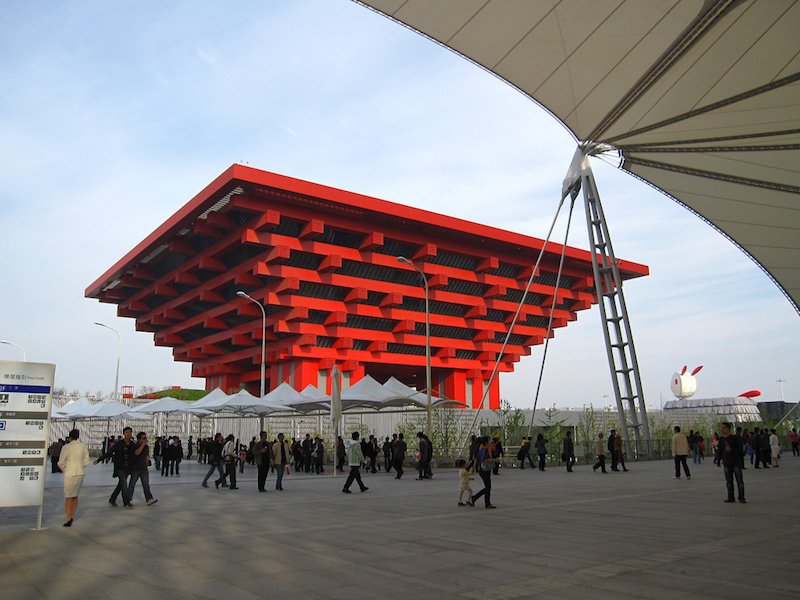 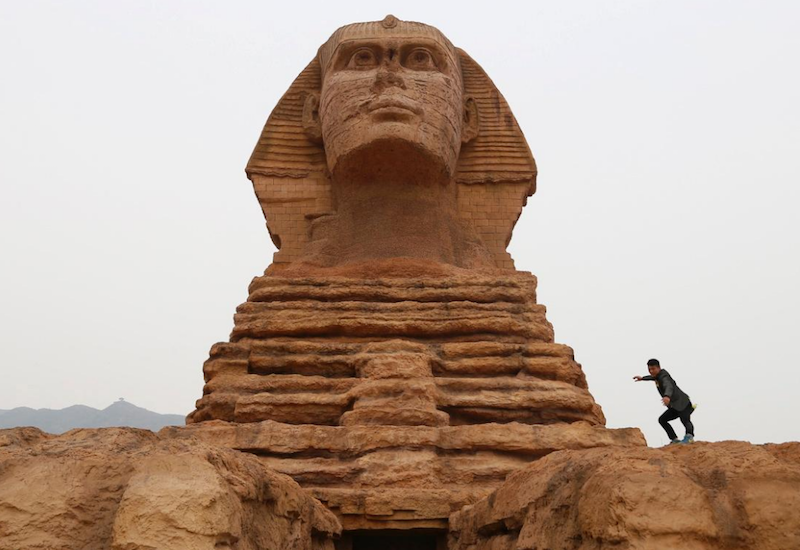 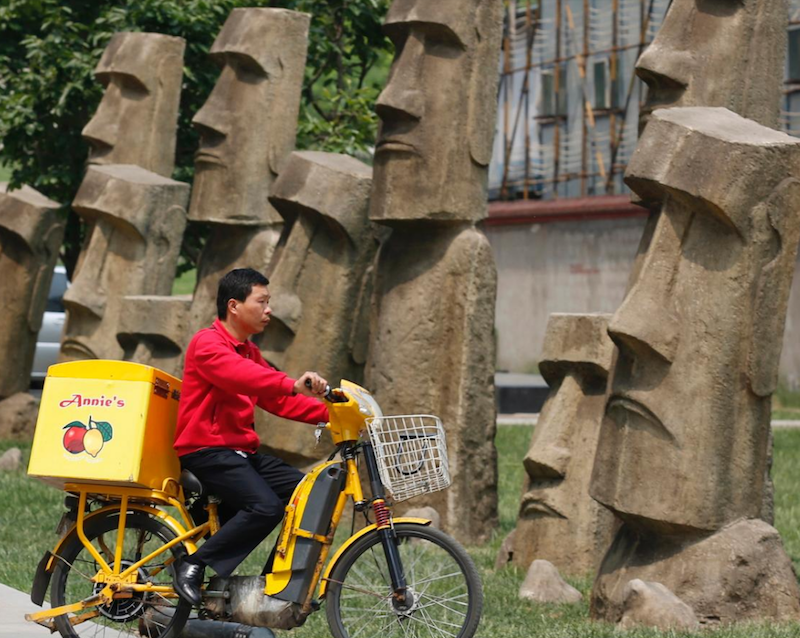 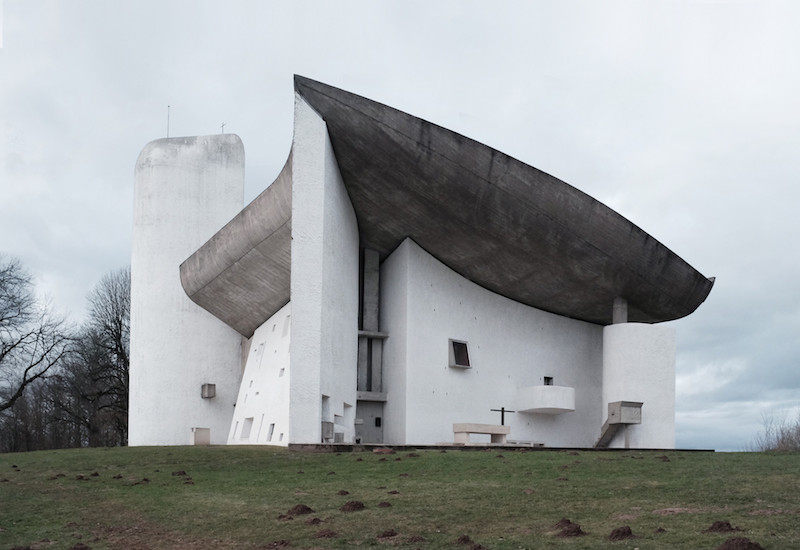 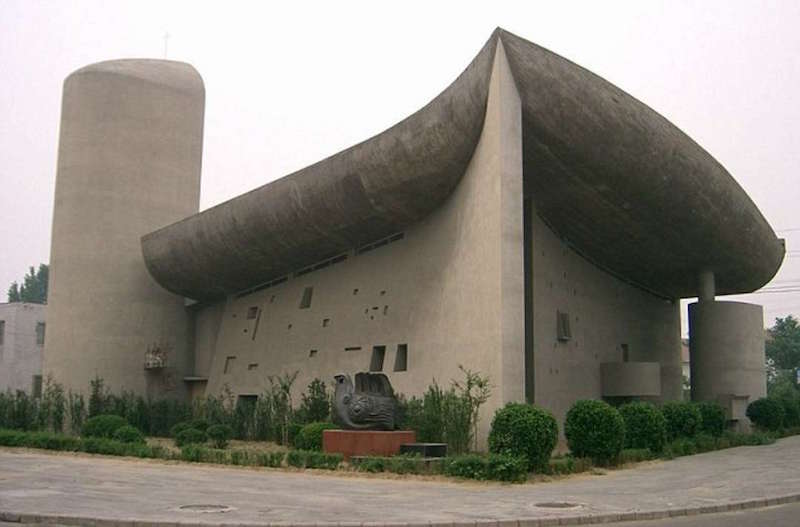 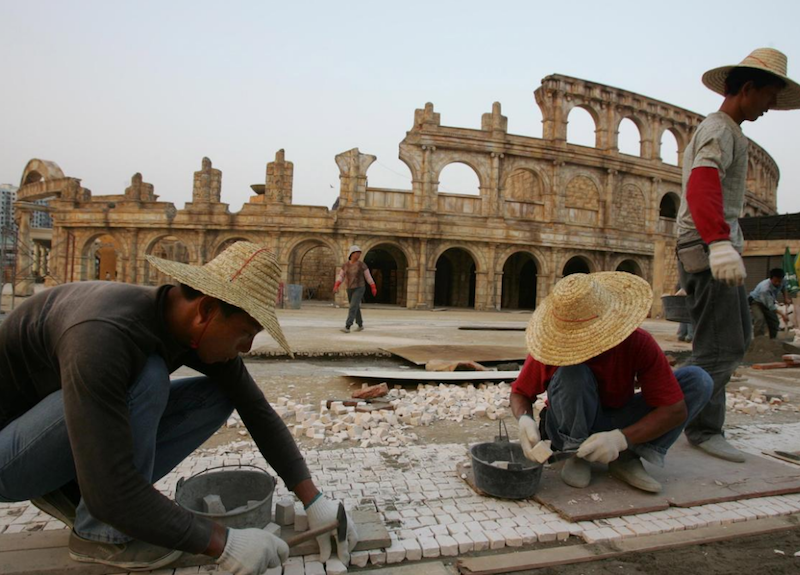 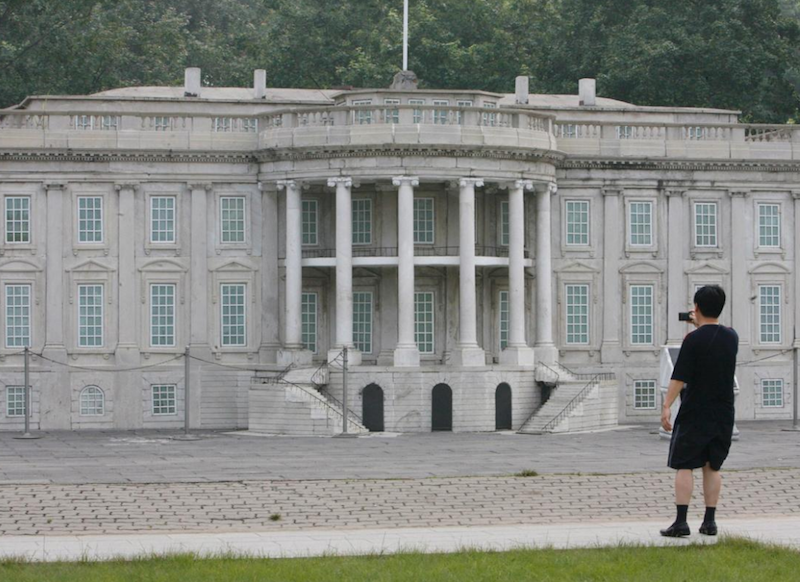 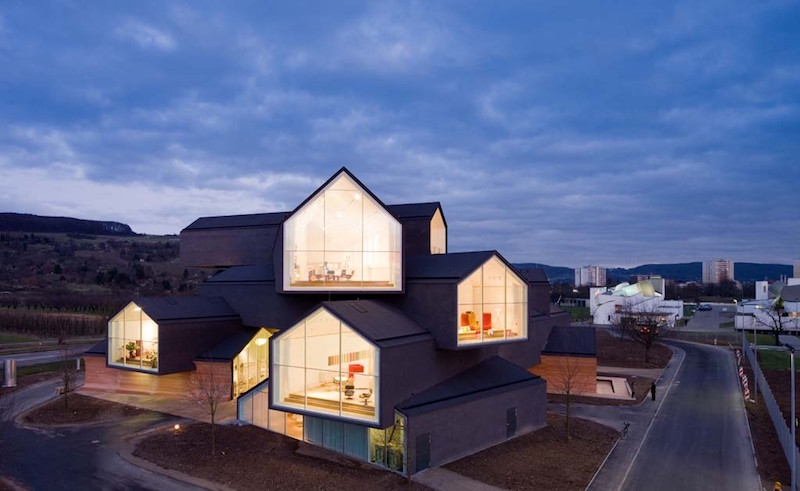 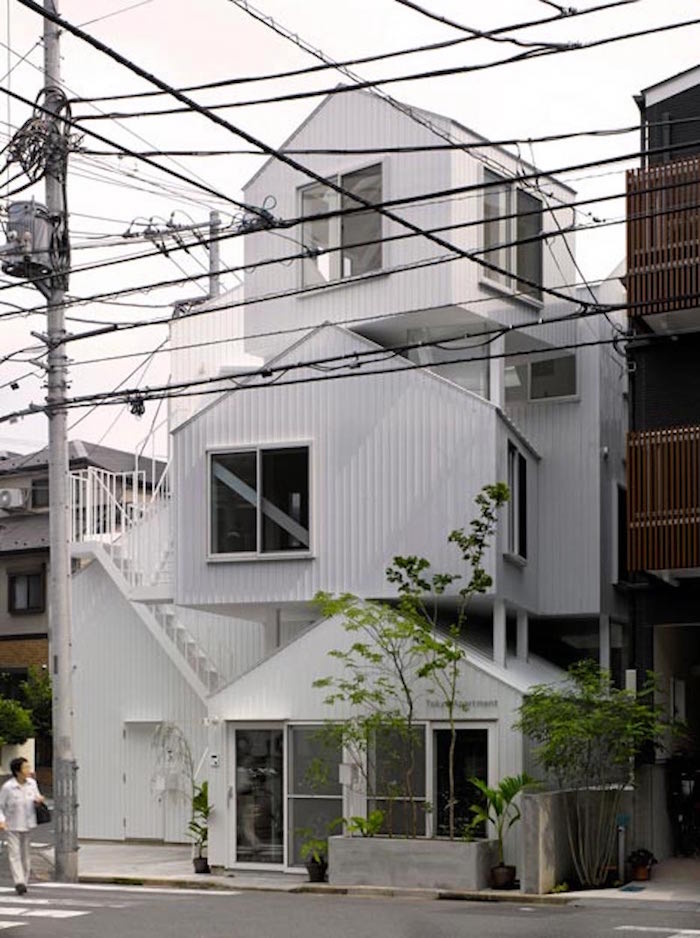 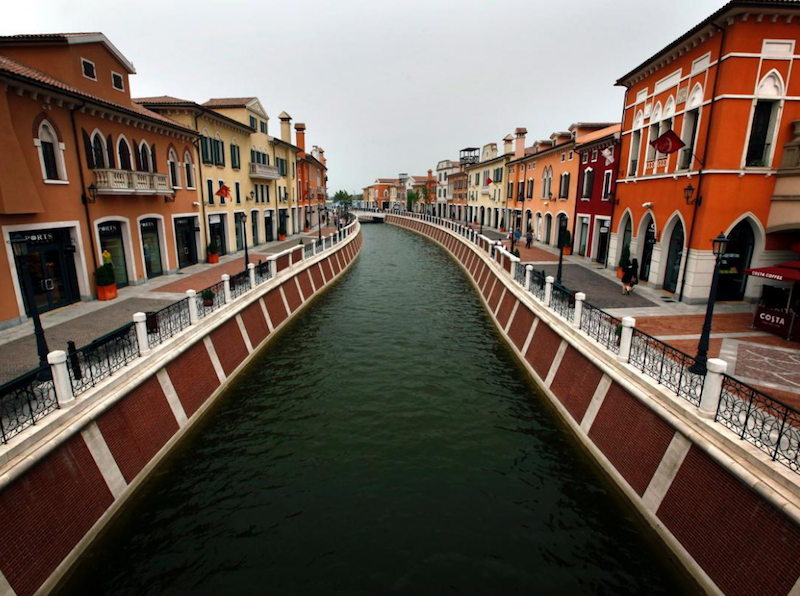 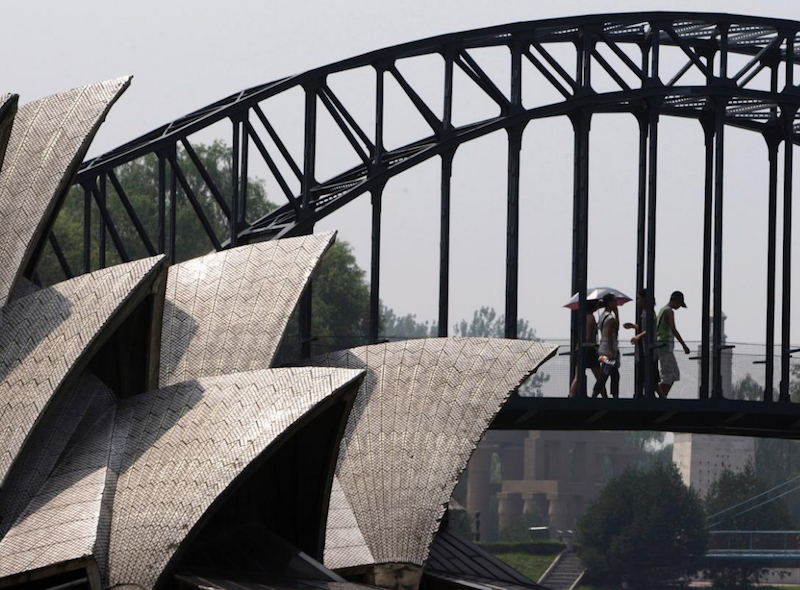 It’s a little bit difficult and strange for everyone else to understand this but in China the attitude towards plagiarism and copying is not one of hostility but rather one of tolerance and even appreciation. Copycats are not viewed as cheats and they are not punished or judged in a negative way. On the contrary, a good copier in China is celebrated as a talent.

This attitude is not something new in this part of the globe. It has deep historical roots being linked to China’s first emperor, named Qin Shi Huang, famous for his terra cotta army. After conquering rival kingdoms, the emperor would build replicas of each of their palaces within his own capital city.

This is the Hanoi Museum, a famous landmark in Vietnam. It was designed by gmp Architekten in 2010, the same year that the China Art Museum was completed. Also called the China Art Palace, the structure was located in Pudong, Shanghai, being one of the largest art museums in Asia. The two building are evidently very similar even though there are also striking differences between them.

Over time, China became a copy-friendly environment where imitation was encouraged. Mimicry became a form of mastery and we now know that the Chinese copy just about everything and this doesn’t resume only to phones or clothing but to larger things as well. There’s this trend of replicating architecture from around the world which has been named duplitecture.

The phenomena is a very serious matter. China has its own replicas of famous landmarks such as the Eiffel Tower, the White House, the US Capitol, Tower Bridge and even historical monuments such as the Colosseum, the Sphinx, the Moai statues on Easter Island, the Leaning Tower of Pisa and even Stonehenge.

This may come as a surprise but the Chinese even copied whole towns and brought them to their doorstep. Areas such as Thames Town, Venice and even a village in Austria were copied in China. At one point, the Shanghai government issued a plan called “One City, Nine Towns” which basically meant that 10 satellite towns would be built around Shanghai and each would feature the architectural style of a different European nation.

Most commonly known as Ronchamp, this beautiful masterpiece was designed by Le Corbusier. The idea back in 1950 was to design a new Catholic church to replace the original one destroyed during World War II. Aiming for a pure design in contrast with the extravagance of its predecessor, the new church was completed in 1954. A replica of it was later built in China but was demolished in 2008.

These mirror cities don’t only copy the architecture of the original but also try to create the same ambiance. Before starting such a project, the Chinese developers travel abroad to study the town they intend to copy and to make sure that their creation is as faithful to the original as possible. They recreate both the look and the feel of the town.

In the case of a theme town such as Thames, the Chinese architects replicated the layout of the original as well as major British landmarks in an effort to make this fantasy more believable and authentic. They also imported bits of culture, giving the streets English names or creating pubs with British themes. The replica version of Venice even has gondolas and all sorts of other symbols imported from the original city.

This unusual form of architectural mimicry is odd for the other nations, especially considering the fact that these towns are not theme parks but actual neighborhoods where people live out their lives. For them, this is a way to show off their success and sophistication. It’s true however that not all of these replica cities are popular with residents.

The VitraHaus building was designed by Herzog & de Meuron in Germany, as part of the Vitra Campus. The complex is a sort of architecture museum, featuring works of famous architects such Frank Ghery, Zaha Hadid, Tadao Ando or Nicholas Grimshaw. Its design is composed of a series of stacked boxes with pitched roofs, each with a different orientation. This design was copied by Sou Fujimoto Architects when they designed an apartment complex composed of four house-shaped apartments stacked on top of each other.

Thames Town, for example, is not the most populated area. It is, however, a famous location for wedding photos because of all the replicated cultural elements such as the red phone boots or the security guards dressed in British-inspired uniforms.

Some such projects were not well-received by their original counterpart. For example, the Ronchamp chapel in France was at one point replicated in Zhengzhou and after a series of conflicts the facade of the replica was torn down.

It’s difficult to say whether this copycat architecture trend has a positive or a negative impact on China. Some Chinese architects have expressed their revolt, considering that the phenomena causes China to gradually lose its identity and history. Chinese scholars also expressed their concerns about the future of Chinese architecture, fearing that this would lead to a lack of cultural self-confidence and originality.