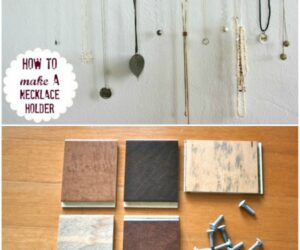 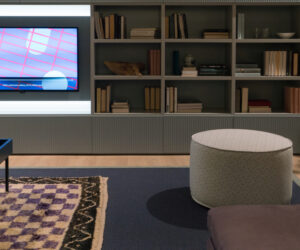 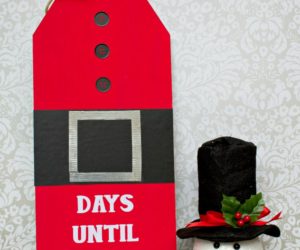 Working from home has both pros and cons. On one hand, you get to stay close to everything home-related which in some cases includes the kids and you’re away just a few steps away from the kitchen in case you get hungry but on the other hand this comes with lots of distractions which often make this whole concept worthless. But don’t be disappointed just yet because there’s a way to make this work and it can be resumed to two words: backyard office. We’ve been inspired to tackle this subject by the she shed which is incredibly versatile. From there we expanded our search parameters and we found all these cool backyard office setups which we think you’ll enjoy.

The first project we’re going to look at is the remodel of a house in Greater London, UK which also included the addition of a separate writing hut in the garden. This organization was requested by the clients who work from home and require separate spaces for that. It was important that the house and the hut be connected but also that they keep their independence from one another and serve as separate spaces. That’s exactly what Ashton Porter Architects ultimately delivered.

The coolest about a backyard office is the fact that it’s its own separate space independent from everything else. It doesn’t have to be big for that. Check out this tiny one designed by Sett Studio. Isn’t it charming? We really love what they did with the charred wood siding…it gives the office a very welcoming and cozy look. As far as the interior goes, that’s charming too. That low window under the desk is a really cool touch and the small porch is pretty nice too.

Well, this doesn’t look like a typical backyard shed, does it? It’s something that Manuel Villa built in Bogotá, Colombia. The idea of the project was to design a backyard structure which would serve as a multifunctional space for both the parents and the kids to enjoy. It can be used for a variety of different activities such as reading, playing but also for working. But this versatility isn’t the thing that draws attention in this case. That role is fulfilled by the design and the unusual shape of this garden hut. The architect designed the structure as a regular polyhedron with one face open to the surroundings and with tiny windows on the sides and at the top.

A backyard office is great because it’s quiet and private which is what was most important for the client who commissioned WSD Architecture to build this cool shed. the client is an author and illustrator and the shed was designed to reflect that. In a lot of ways, this is like a tiny home.  The entrance is through a small covered deck and there’s a tiny bathroom hidden inside the wall in the corner. Inside there’s a work area with a skylight, a wood-burning fireplace and a wall covered with a custom-designed bookcase.

Designed to serve as a retreat and workspace for two writers, this garden pavilion makes the most of its minimalist design and tiny proportions. It was designed by Architensions and it only measures 4.6 square meters. The interior is made entirely of pine plywood and is furnished with nothing but a folding desk, a chair and a built-in sofa. A skylight and a full-height glass door ensure a well-lit interior.

The location matters just as much as the design. The Black Box is a pretty interesting project in that sense. Designed by aaron neubert architects, this structure is located in LA, California and has a minimal and geometric look, featuring large windows with panoramic views. What’s interesting in this case is the fact that this studio/ office sits atop the house. It’s sort of like a backyard office but not quite.

At this point you might be thinking that you’d enjoy having a backyard office of your own but you don’t really want to start such a big project. While working with an architect and planning and building the whole structure from scratch is one of the options, there’s also another which you might like best: a prefabricated backyard hut. In that case you should really check the Backyard Room. It’s a compact structure which can be designed and built in just six weeks. It can then be installed just around anywhere in less than a week.

Even though a lot of backyard offices are tiny, that’s not always the case, as proven by the garden studio designed by serge schoemaker architects. The structure was built in Bussum, The Netherlands and functions as a study, a guest house and a storage area. As you can see, it’s relatively big and fitting it on a long and narrow plot wasn’t easy, hence the elongated floor plan. The shed is clad in shingles  and has a transparent glass corner.

Another interesting backyard office project is the one designed by grey griffiths architects. The plot on which the structure was built wasn’t small but not big either and the studio itself has some generous proportions as well and this actually presented the architects with a challenge: building this structure on a tight budget. In order to be able to do that, they chose to use waste materials. The team reached out to manufacturers and suppliers who were able to provide what they needed, including birch plywood for the cladding and ex-display bi-folding doors.

Every office whatever the type may be is shaped by the needs of whoever is using it, by the type of work they do and by the location and the nature of the space. The best way to show you that is through examples and the backyard offices that we looked at so far can definitely offer some insight. We’ll add more examples to the list, such as this garden studio designed by scenario architecture for a client who’s a choreographer/ musician. The studio needed to be open, pretty spacious and to offer a quiet environment in which to think and write music. All of these factors helped to shape the design and inspired the architects to include features such as the green roof.

Some backyard offices are meant to serve as actual workspaces and some are actually better suited as spaces for relaxation and meditation. The garden studio designed by hunt architects is a bit of both. Looking at it we can’t help but be surprised by how small and narrow it really is but also by how nicely in blends into the lush landscape. The structure is angular and clad in wooden planks, featuring a green roof and a large louvered window and a skylight. The interior is white and serves as a blank canvas for thoughts and ideas.

This is Cork Study, an artist’s studio designed by Surman Weston. Although it only has a 13 square meter footprint, this backyard office is surprisingly spacious. There’s very little space between the sides of the studio and the neighboring properties given the fact that the garden in which it was built is quite narrow. Nevertheless, the whole project feels very fresh and quite inspiring. The unusual name comes from the fact that the studio is clad in cork which is a very practical material as it offers thermal and acoustic insulation plus it’s also waterproof.

Remember when we mentioned prefab garden sheds? Well we thought it would be nice to take a look at an actual project which was based on this very concept. We just came across this stylish little structure which was designed by Avava Systems. It was all built off-site and then the components were transported into the backyard and assembled. From start to finish it was all done in six weeks. But this structure is more than just an office as most of the studios we looked at so far were. It’s a guest house with a kitchen, a bathroom, a bedroom and even a dining table.

in.it studios developed their own interesting project in the sphere of garden studios. The structure that they design are modern, eco-friendly and customizable. They’re meant to serve as additional rooms and they’re built using the same methods as a timber-framed house. The studios have rigid insulation throughout, double-glazed windows, heating, lighting, power sockets and can even include bathrooms and kitchen if the clients request such features.

This structure from Girona, Spain also serves as an artist’s studio but is a bit more complex than that. This is actually a hybrid between a home and a workspace. The project was completed by Arquitecturia and the floor plan of the building is cross-shaped. The work area has a double-height ceiling and is placed at the center with four spaces organized around it: the entrance, the storage area, the kitchen and the living space.

There are all sorts of inspiring projects around the world when it comes to back offices and garden studios. One of them was developed by Abraham John Architects and the goal was to create a garden lounge/ meeting space for a film production studio in Mumbai. It had to be immersed in nature so the architects chose glass as the main material for the project. The coolest thing about the project was the fact that the lounge was created by converting a pump room situated above an underground water tank.

Another cool project was done by architect Neil Dusheiko who designed a backyard office/ yoga studio/ playroom as an addition to an existing residence in London. The structure has a 12 square meter footprint and was clad in charred cedar. It stands at the back of the garden but remains easily accessible which is exactly what the clients wanted: an additional space away from the main house which could be used in a variety of different ways.

After looking at some of the options, the idea of a prefab backyard office sounds pretty great. In case you still need some inspiration, you can also add the Kanga Room cabins to your list. The company is based in Austin, Texas and makes cabins, guesthouses and backyard studios in a variety of styles and with a variety of features. A standard design features wood cladding and comes as a complete kit which can be installed in about three days.

We saved this project for last because it’s a bit out there, quite literally. We’re talking about this cool writer’s retreat that architect Erin Moore of FLOAT Architectural Research and Design built for her mother. The structure is located in Wren, Oregon and can only be accessed by foot. The studio is completely off the grid and the major goal of the project was to live out here without spoiling the land, to become close to nature and to be inspired by it.