By Emily Medlock | Published on Feb 18, 2022 Reviewed by Lance Crayon

You’re familiar with brickmold doors and windows, but you probably didn’t know what it was called. Brickmold has nothing to do with bricks. It’s a form of framing and made with various materials that offers many benefits which we will explore later. 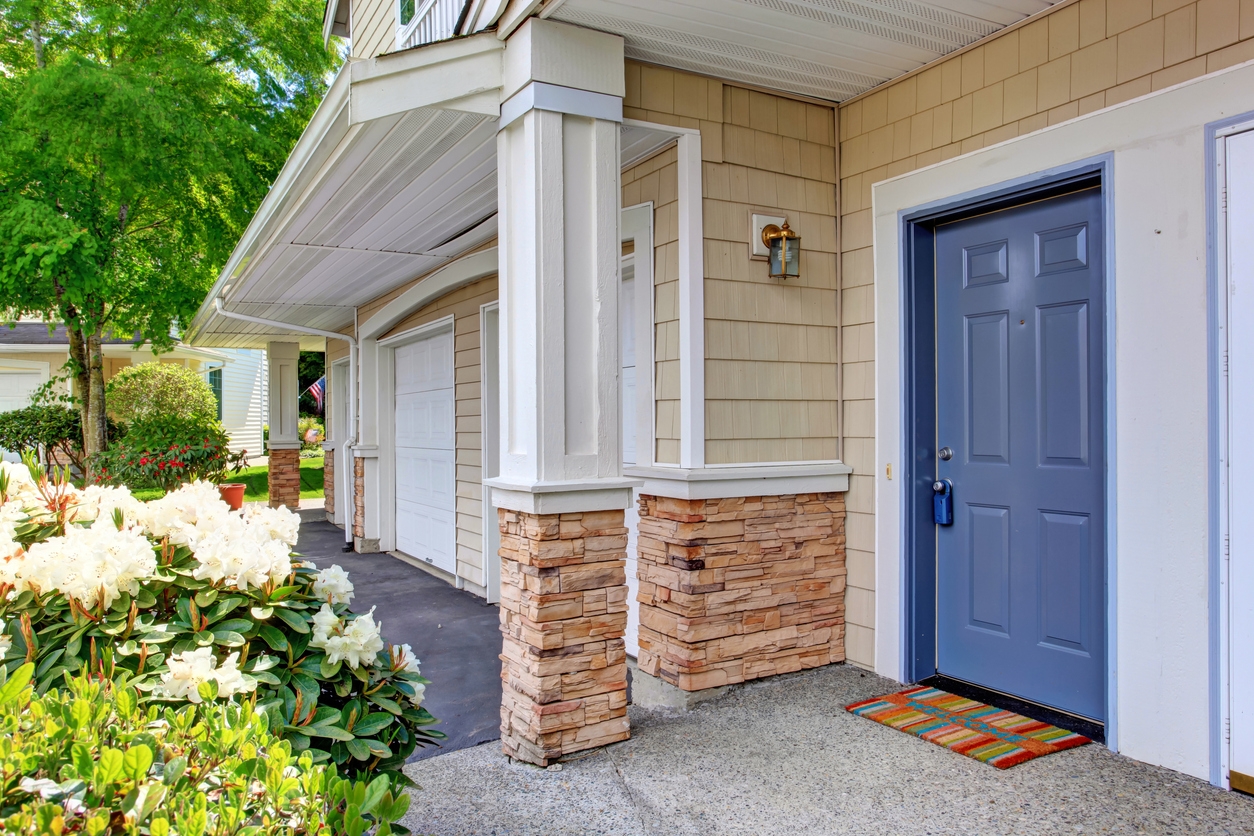 A no brickmold door is uncommon. The brick molding protects key surfaces from weather damage. A common brickmold door is one that has an exterior frame, otherwise known as facing. It can be applied to doors, home windows, and garage doors, and is popular among homeowners.

When painted, a brickmold door can add contrast or complement a home. If you don’t know how, when you’e done here, installing brickmold is be your new favorite DIY project.

First, before we get started, let’s define brickmold so you’ll have a better understanding of what it is.

The primary material of brickmold includes finger joint pine, composite polyvinyl chloride, vinyl, and stain grain wood. For exterior surfaces, the material is a form of the casing, also known as facing.

Brickmold material abuts the exterior of a building or structure. When you add brickmold, it creates a makeshift boundary between brick siding, doors, or window frames. A no brickmold door, for example, doesn’t mean the door is without casing, it just means it’s without brickmold. 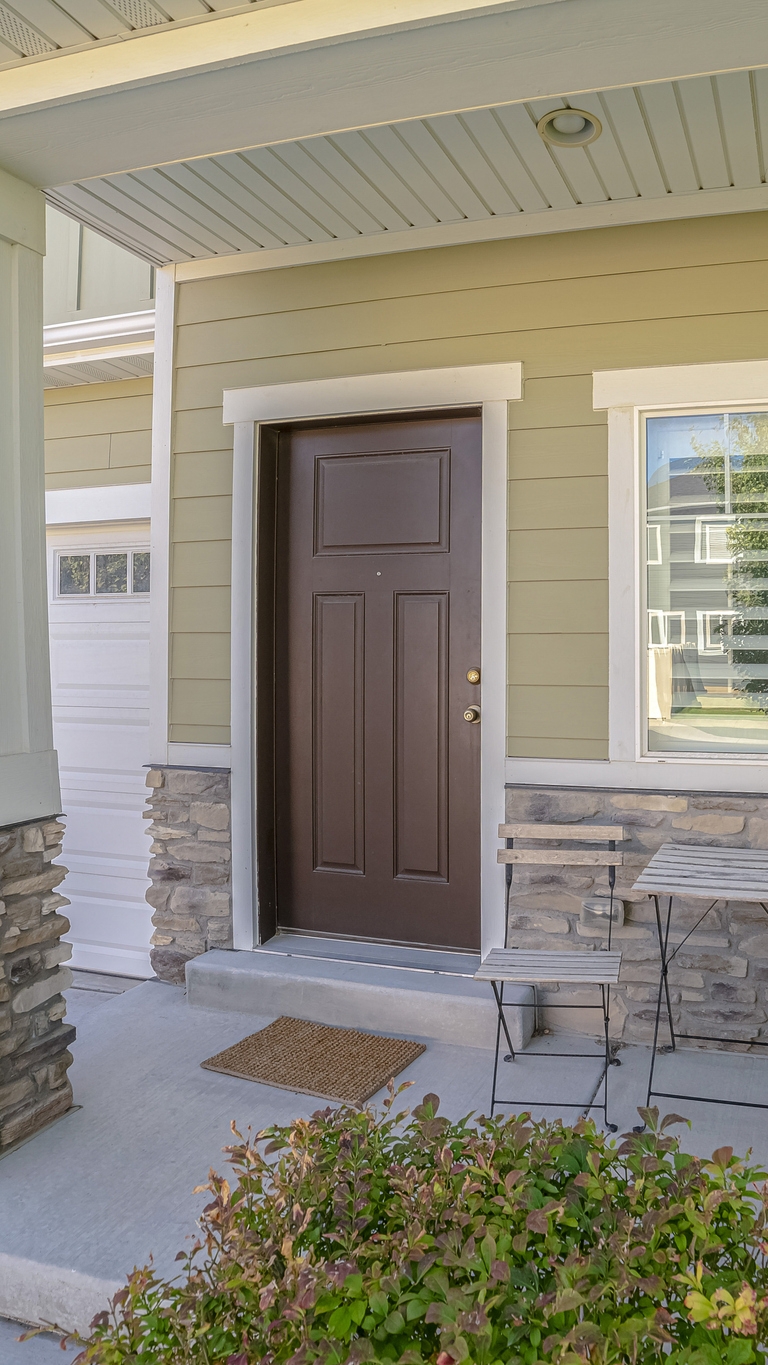 Brickmold is available in real wood and can be used on pre hung units or made to order. Adding brickmold to your front door offers several benefits and will increase value to your home. Brickmold installation is an easy DIY home project.

Before we get started, let’s dive deeper.

During the Colonial-era, molding planes were made with cutters and designed for specific shapes. It wasn’t until the 1850s when brickmold production was introduced. Machines began manufacturing it in a variety of shapes and sizes.

The Greeks were the first culture to recognize the benefits of brickmold on door and windows. The Egyptians used it, and  it also appeared in Assyrian and Persian architecture. During Gothic revival architecture in the 1850s, the casings returned to exterior doors on homes.

Previously, brick siding was used to protect doors and windows. It covered the gap between doors and was also used for window installations.

Brickmold vs No Brickmold Door

Brickmold adds protection, has its own advantages, and the molding not just for decorative purposes. For most people, a door without brickmold is not as appealing as a no brickmold door. Before you get started on a brickmold home improvement project, like with an exterior door, do some research.

Here are a few points to help you decide on brickmold vs no brickmold and which one is better for you.

Brickmold doors are more durable than a no brickmold door. Brickmolding offers one more layer of protection,  so a brickmold door will last longer and offer other benefits.

PVC brickmolds, because of their materials, do not succumb to weather damage. Most people know how a front door with brickmold is better. Also, the molding is great for windows, especially in colder climates.

If the brickmold is built-in, your exterior door, for example, will be more durable because the manufacturer made it as one piece. The brickmold, in this case, is secure and offers  more protection while serving decorative purposes.

Stability and durability are separate things. Without common brickmold, your doors and windows would not be as stable. Brickmold doors will also help you save money in the long term.

One downside to brick molding is how dogs are attracted to the molding and will chew on the casing. This could hurt your door frame. Also, brickmolding attracts dirt and is hard to clean around surface areas.

PVC brickmolds would be ideal for a homeowner who with pets.

If you were a thief and saw two doors, a brickmold vs no brickmold scenario, which would you choose? The door without brickmold would win.

Should you decide brickmold vs nothing, removing brickmold can take longer. The brickmold may not cover the locks, but it can cover access to them.

Brickmold installation is easy and often doesn’t require professional help. Like any DIY project, you’ll save money if you do it yourself. You can have your brickmold gel stained or go with a real wood look.

Here are the primary materials that brickmold is available in, and each one has its advantages.

Vinyl brickmold might be best for an exterior door where heavy rainfall is a concern. For an added layer of protection against water damage, vinyl brickmold helps with potential termite issues and has a slow decay rate.

It’s also cheaper than gel stained brickmold. It mainly comes in white, but is available in other colors and doesn’t need to be painted.

Wood brickmold is expensive and high-maintenance, as it requires repeated staining or painting to prevent swelling and warping. The brickmold is available in stain grain wood or finger-jointed pine. Soft wood doesn’t last as long when exposed to natural weather elements.

Not all metals are created equal. While stronger metals are great for other purposes, metals like aluminum work well for brickmold. Though not as common as vinyl, wood, or PVC, metal molding is available. Installation cost will be higher for brickmold doors, but worth it as it offers one more layer of protection as has a slow decay rate.

How To Install A Brickmold Door 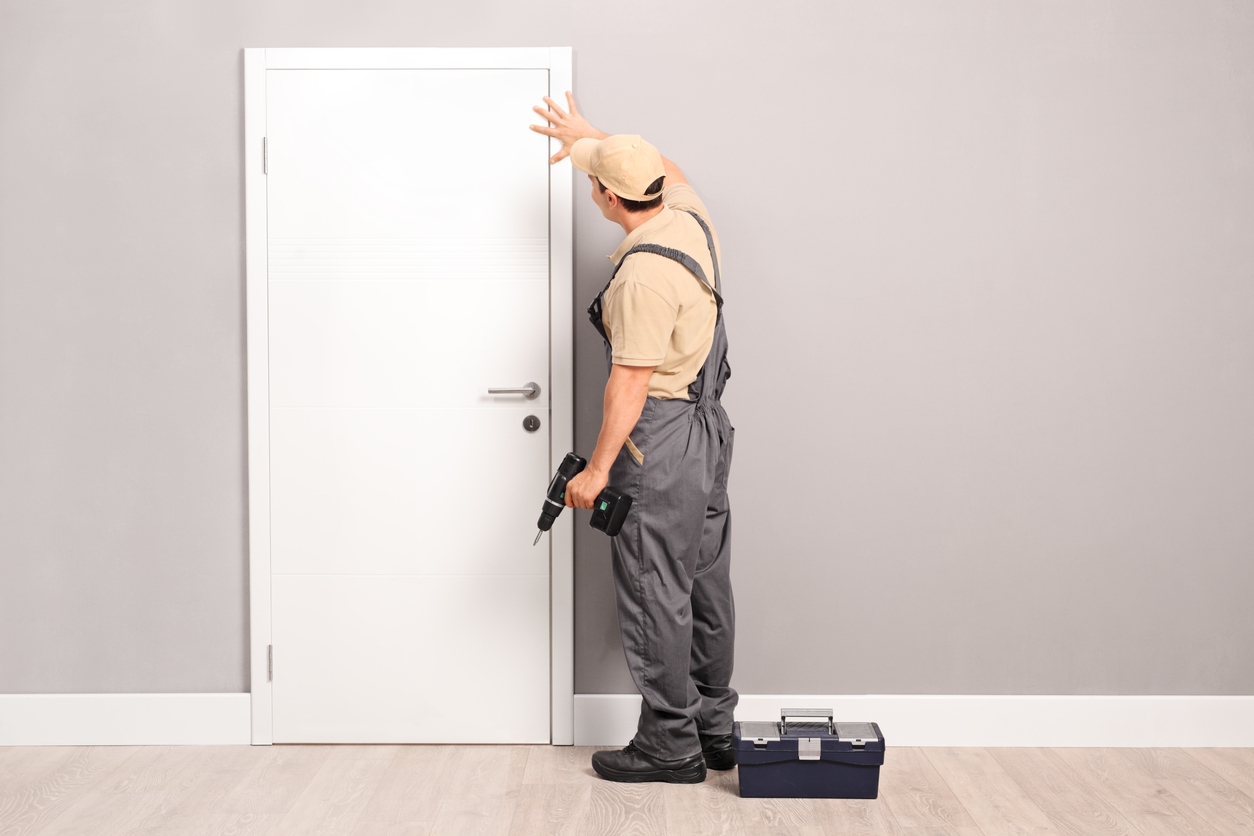 If you are buying a new door and want to install it, here are the steps to install a brickmold door.

What Should I Use To Install Brickmold Door?

The following tools are necessary:

With or without a new frame, test the size before committing to setting the exterior door. Don’t force the door in with a hammer because you could break the glass. Apply caulk where the door will go.

This isn’t for permanence, it’s so the door will stick while you’re working on it and will have weatherproofing in places you can’t reach later.

Shimming is used to add support to a door and keep things stable. They fill tiny gaps that are necessary in order to fit the door.

It’s a good idea to screw the frame in at this point. You can make temporary anchors or do the final screws. With the final screws, make as many as the manufacturer suggests.

After you screw the frame in, you can install hinges in the door if they aren’t already in. Removing the door before screwing the frame in is a good idea if you already tested the door to make sure it fits right. Caulk around the door between the shims.

Cut each of the shims so that they are flush with the frame. You want them to be flat so that you can apply the facing later.

This is where you apply the facing or molding. Use finisher nails for the interior and screws for the outside. You can usually leave one nailed in if you have a set. This will keep the door stable while working anyway.

There are different types of brickmold, and each one has a slow decay rate. They are made separately from the other as not all brickmold looks the same. Brickmold can be made with different thicknesses and the molding comes in a variety of colors.

First, if you want to use brickmold, determine why you need the molding. Because there are many types of molding, you don’t want to be stuck with the wrong kind. Brickmold protects against termites and adds a decorative element to doors and windows.

Without brickmold, an exterior door frame or your windows would be vulnerable to harsh weather conditions. Brickmold is an exterior facing material that runs along the bottom and tops of walls. Adding a brickmold door offers its own advantages and serves as a transition between elements. 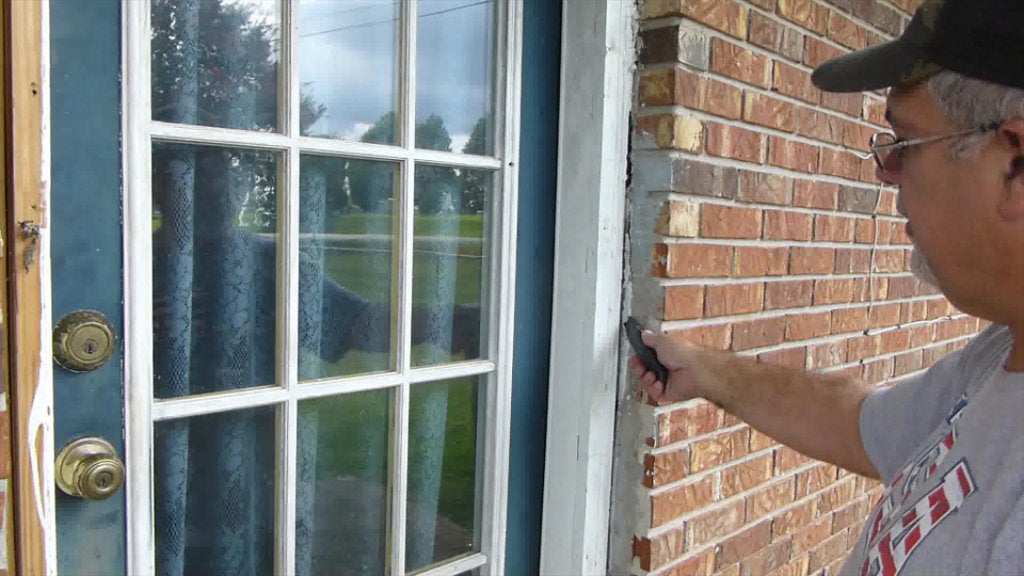 Old wood brickmold can lead to rot. Fortunately, the molding is easy to remove brickmold from a door or window and does not require professional help.

What Is A Brickmold Door?

Exterior casing for homes and buildings that have a brick exterior. It is installed around doors and windows, and the brick is lined up against the brickmold for a finished look.

What Is A Brickmold Window?

This type of window is an exterior trim that frames the window like a picture. It is used to fill the gap between the window and exterior surface, giving the home a better look.

How Much Does A Brickmold Door Cost?

Can I Get Brickmold Built-In?

Most exterior and interior doors come with a doorframe and built-in brickmold. This doesn’t add to the cost of the door because most doors already have it.

What Is The Purpose Of Brickmold?

Brickmold is a type of casing for doors and windows. It goes around the window and door frames that abuts the exterior facing material. The molding serves as an aesthetic boundary between the siding and the frame; most used in pre-hung units.

What Is Finger Joint Pine?

Finger jointed pine is a solid pine timber where the board is created using small, individual pieces joined together with glue and small interlocking ‘fingers’ to create a neat zig zag effect at the join site. All knots are eliminated in this process.

A door without brickmold is not a good sign. No matter what material is used, it should be installed properly and caulked thoroughly. A good seal is essential.

PVC brickmolds are best in high-rainfall areas. Plus, it keeps termites away. You can also install PVC brickmold around windows, which would provide more protection for your home.

In the world of brickmold vs no brickmold, the winner is clear. For most people, a door without the molding is less desirable. With brickmold around the door and around windows, your exterior door and home are better protected than it would be without brickmold. A no brickmold door is a big no-no, and the same goes if you don’t have molding around windows.