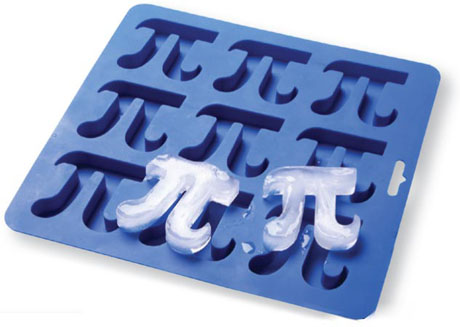 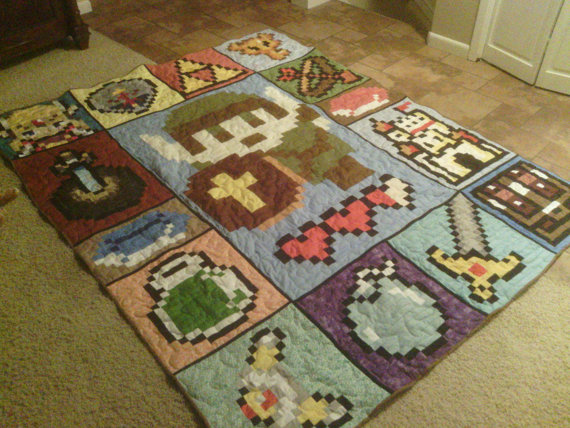 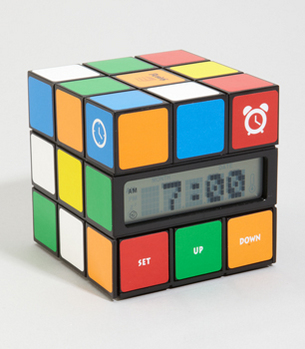 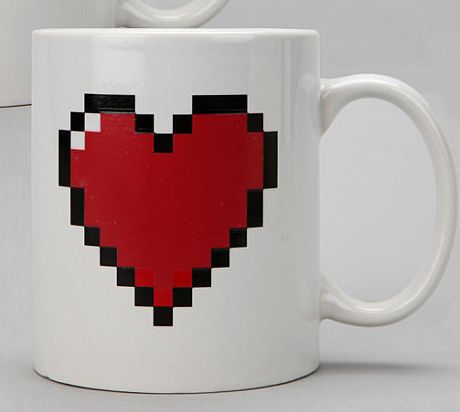 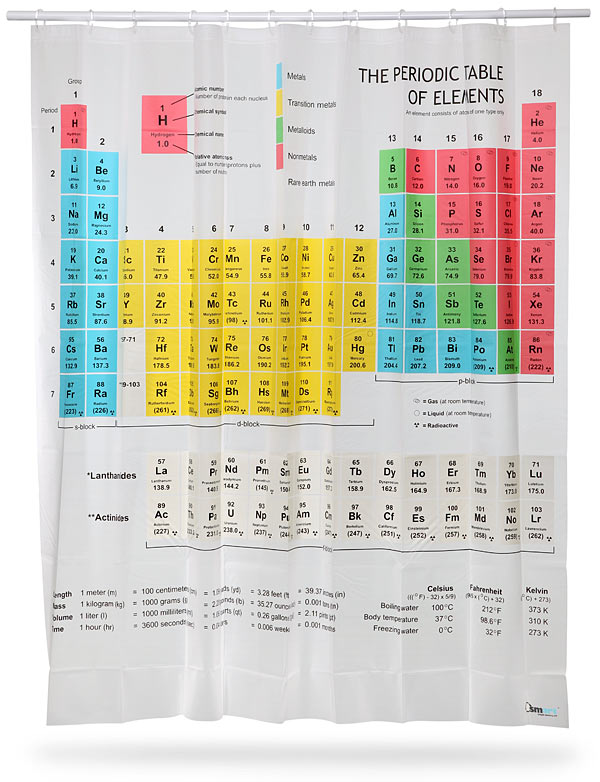 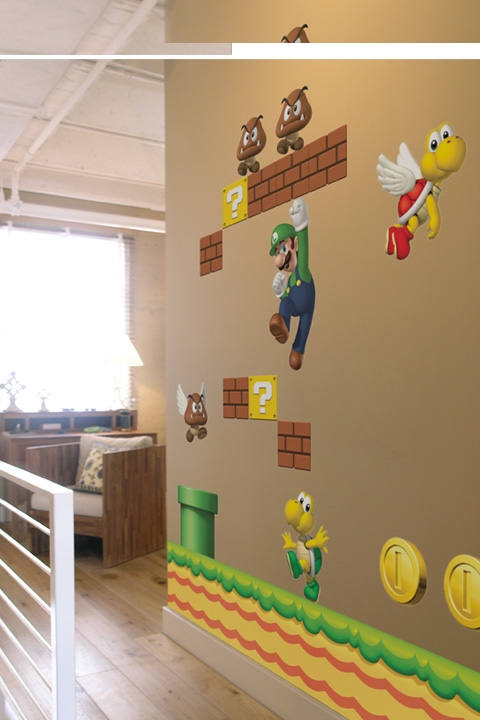 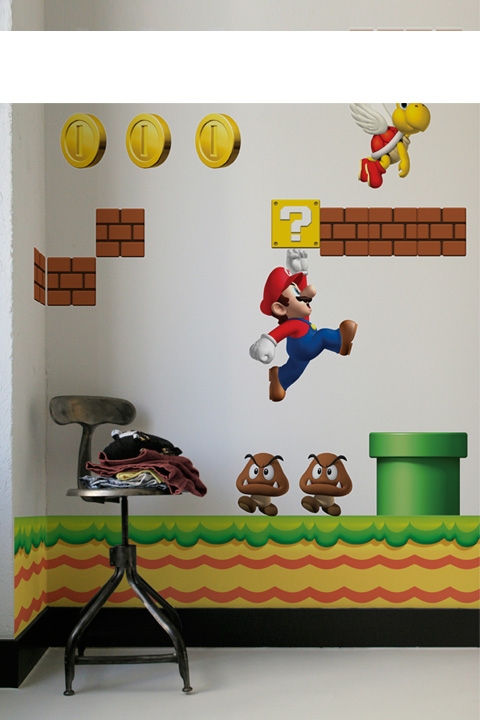 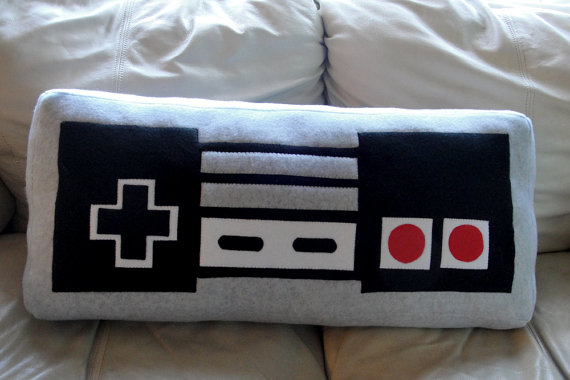 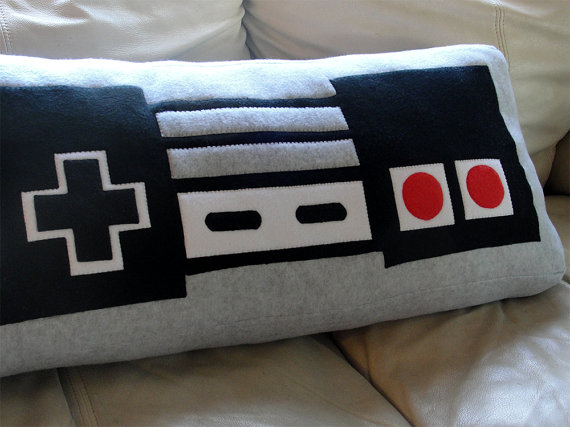 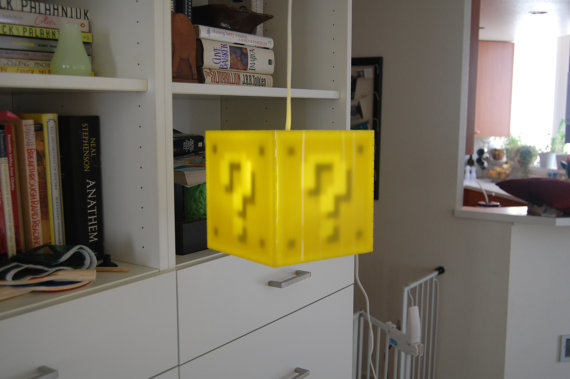 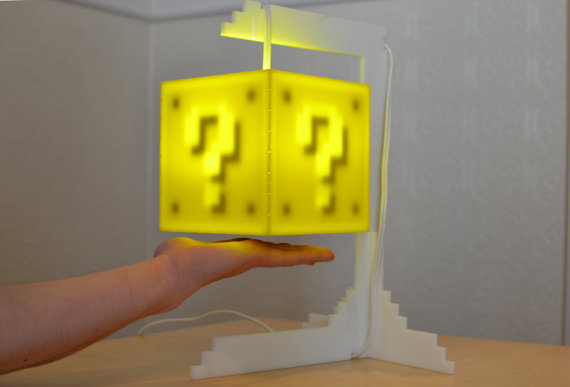 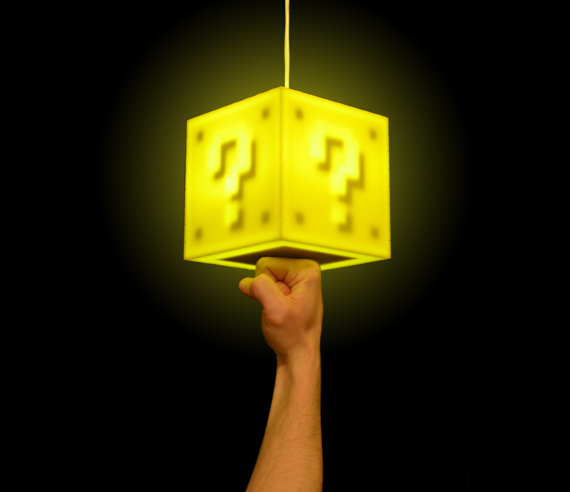 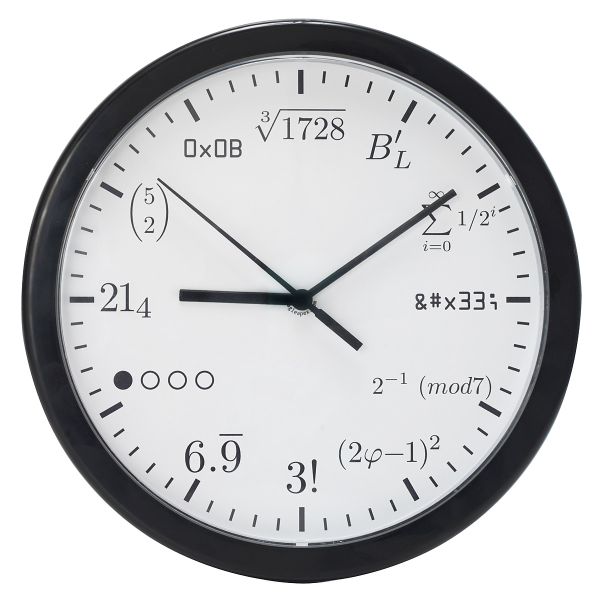 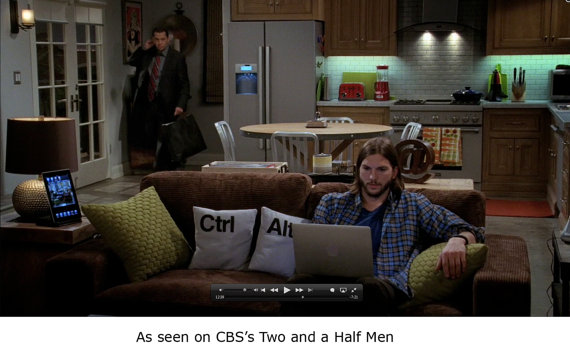 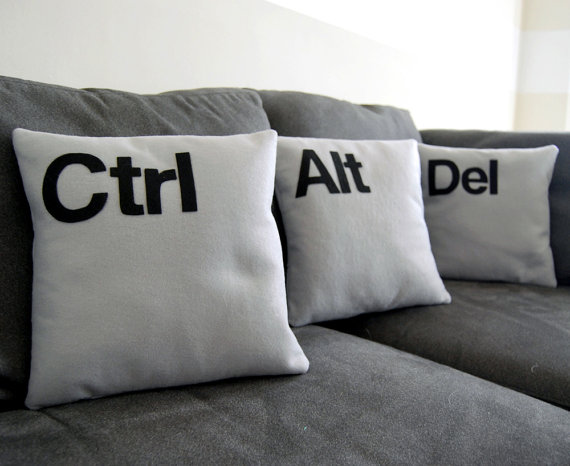 Are you a geek? How do you recognize one? I guess you just can tell because at any given moment a geek acts a little bit unusual and when he is not, a wrist watch or a T-shirt blows his “cover”.  Let’s enter in a geek’s world and see what items surrounds them in the day by day life.

Anybody knows the “blue screen” on windows machines because that error took us to new levels of desperation. The famous “ctrl + alt + del” key combination that could debug the machine was something that you could dream about at night if you were a computer freak. Now with modern operating system that problem doesn’t exist and as we can see some people created pillows with those symbolizing those keys for the nostalgic types. Available for 55$.

Geeks are well known for their advanced knowledge in mathematics so a true geek doesn’t have a problem telling the time on this wall-clock.  It is fun for everybody because we already know where the numbers are placed on the dial and those who are good at math actually know what “3!” means. I’m an engineer myself so I would like one of this to brag about it. Available for 25$.

Remember the games of our childhood?  Super Mario Bros was one of them with poor graphics but at those times a game was all about the fun you had paying it. This 8-bit question block lamp wants to remind us that games are meant to be fun not like these modern ones: after you play a little bit you get angry and want to step outside to take some fresh air. This lamp is a statement and a must have geek accessory. Available for 75$.

Speaking of games, gaming console were and still are very popular not only among kinds. I remember the old Nintendo games with those two bulky controllers and I get a chill in my body when I see these pillows that look exactly like the real thing. Designs have changed over the years but this nice pillow mimics the first editions of the gaming consoles. Another video games enthusiast must have.Available for 30$.

I don’t know if kids today know what this representation on the wall means but my generation certainly does. I would like to see this “scene” in my children’s room when I will have some but I would probably enjoy it more than they would.  The little kid inside everyone of us still wants to play and laugh and “kill some evil turtles” that is why nostalgic types paint their favorite childhood game on the walls because in a way that little child never disappears. Available for 75$.

A true geek knows his science and a nice way to keep your memory fresh is to see things over and over again. A periodic table shower curtain is a little bit more that most of us can handle, but not a geek. This thing will automatically focus you attention towards “Al “ , “Mg” , “Na” and so on. As much I would like to consider this geeky I can’t because in my profession this shower curtain is rather useful.Available for 30$.

Oh, the good old poor video games graphics. I remember the days when large pixels filled my PC screen and any graphical element had rough edges. These mugs have a pixel heart on them to remind those who know what I’m talking about the “origins”. Found for 14$.

The Rubik Cube is well known in the entire world, for its complexity, despite that there always are guys who can figure it out in an instant. If most of us don’t even want to hear about math, some people can’t get enough of it. As proof of what I’ve just said stands this alarm clock Rubik Cube. Just twist the top row to switch between date, time, alarm or temperature. The 80’s favorite toy is back!Available for 30$.

Making your bed as a geek could mean putting your favorite video game quilt on display. This one is 100% cotton, machine washable and features “Zelda”.  If you have different taste in video games your own can be in a different color with different characters and in any size you want; and this is nothing compared with the next geeky thing. Just scroll down a little bit. Available for 250$.

This is “la piece de resistance” in my opinion in terms of geek accessories. Fund all over the mathematical sphere, “pi” is very common and without it a lot of things couldn’t be explained, but to have a ice cube tray that “makes” Pi is a little bit more even for me. Made out of flexible blue silicone this tray is capable of making 9 ice cubes in an instant.  Put them in your partner’s  drink and hope for the best; I cannot guarantee a second date though.Available for 4.95$.