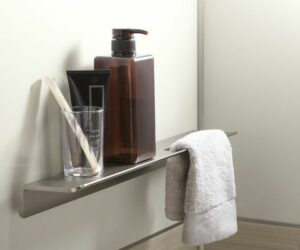 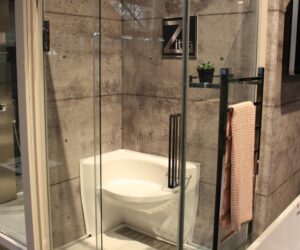 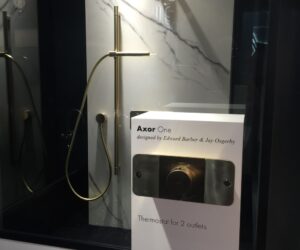 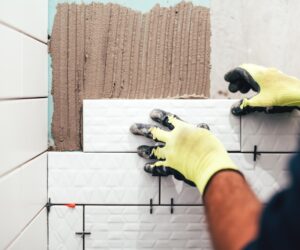 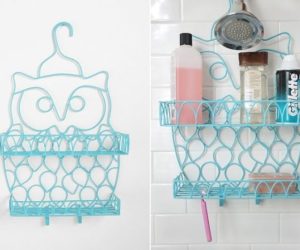 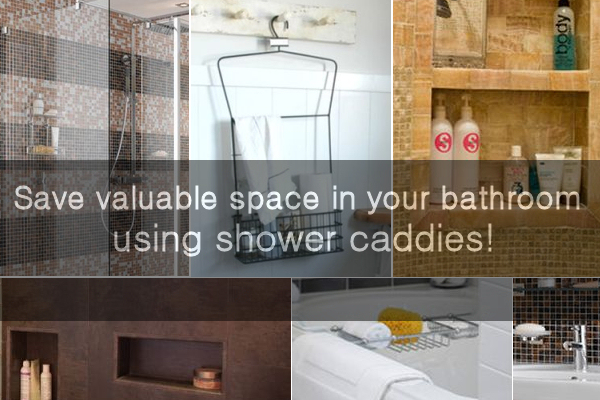 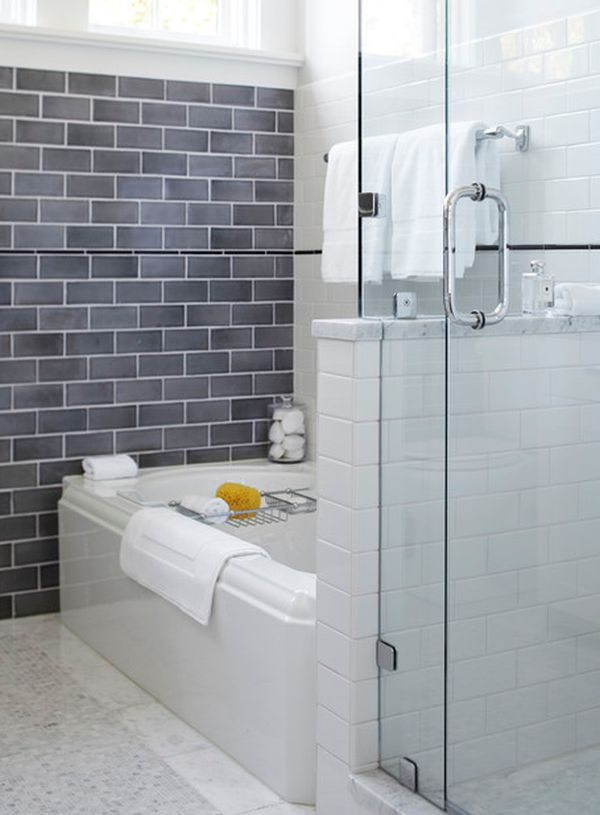 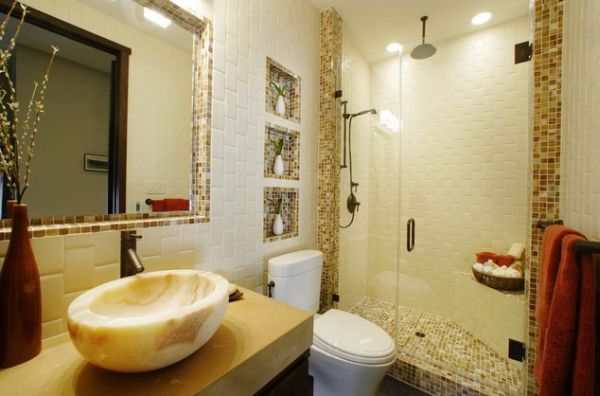 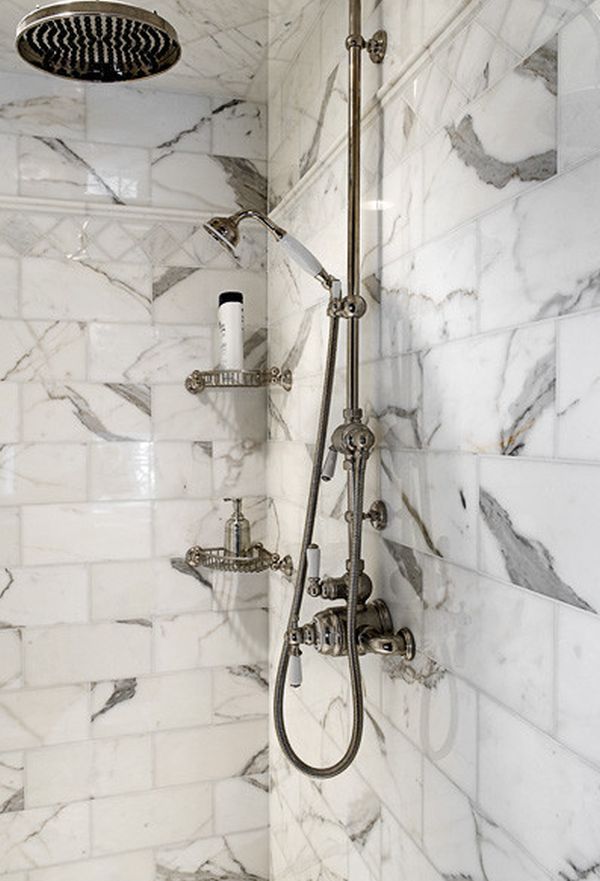 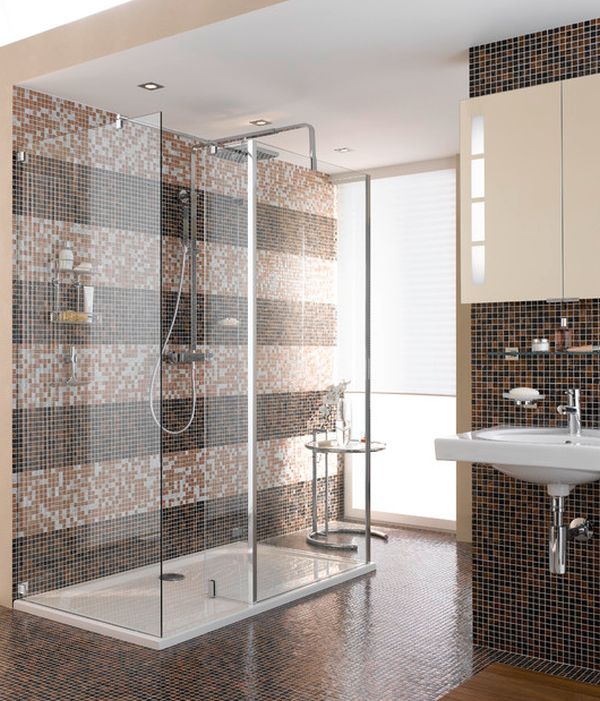 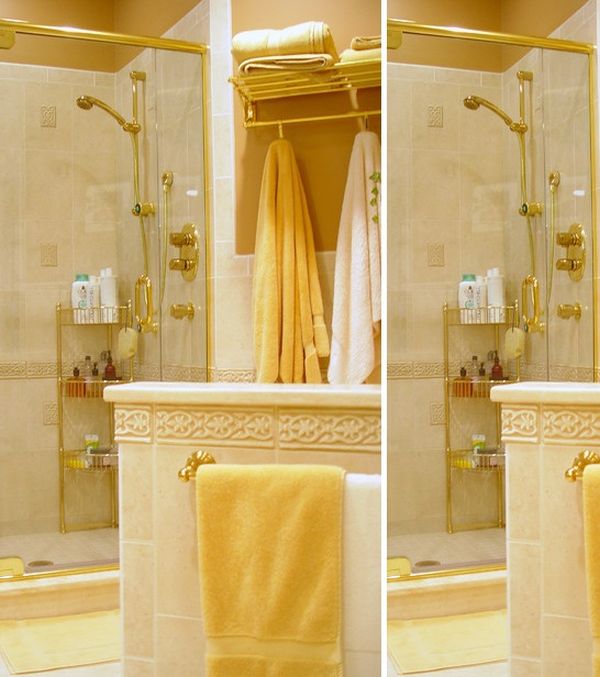 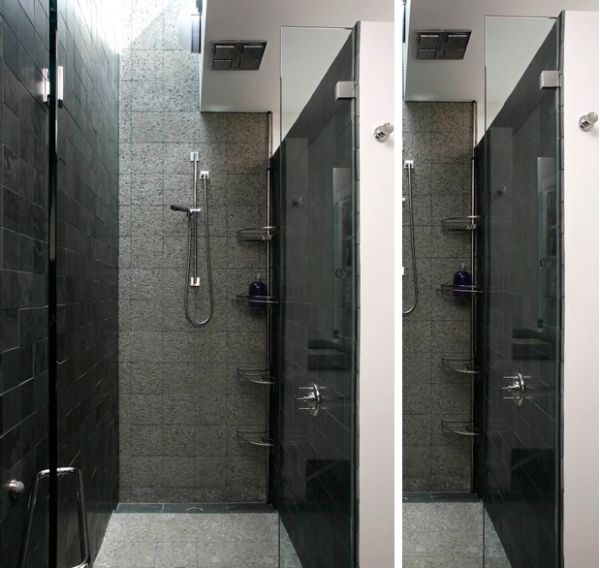 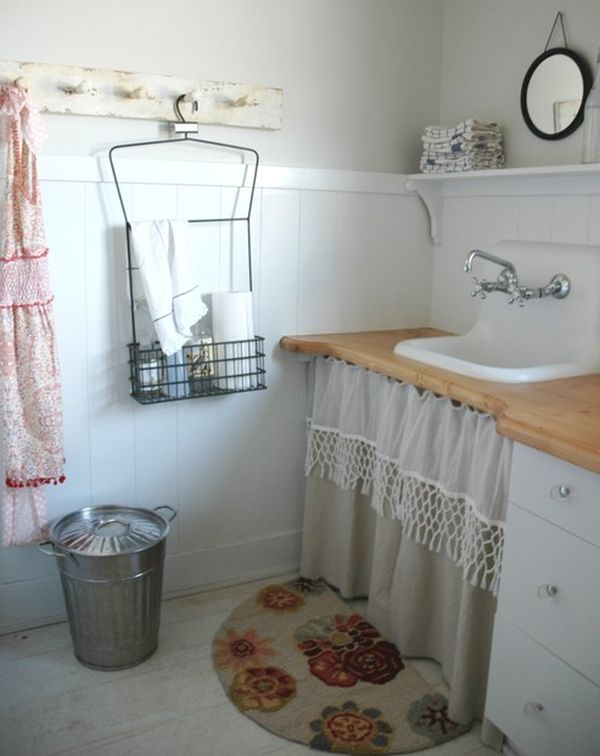 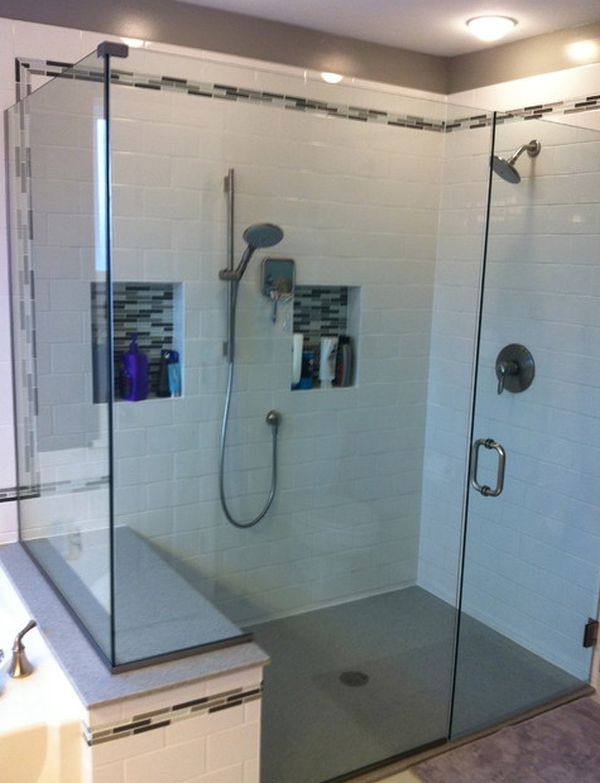 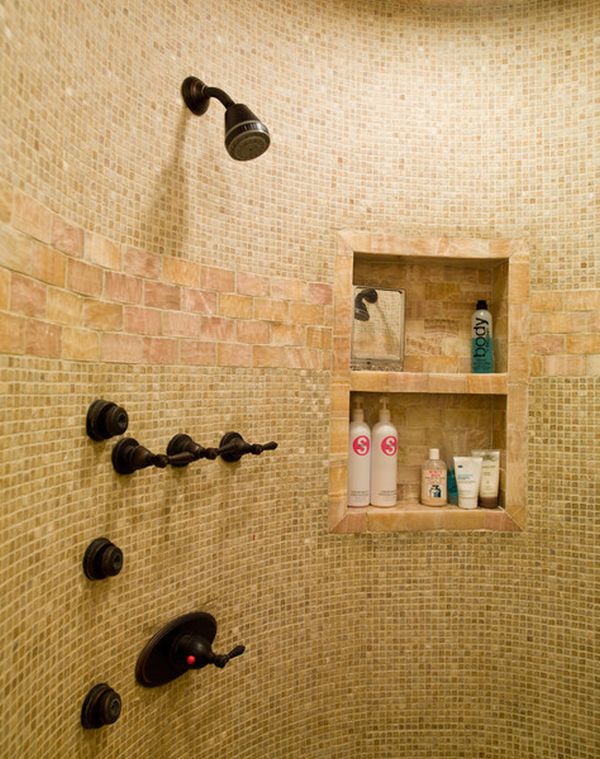 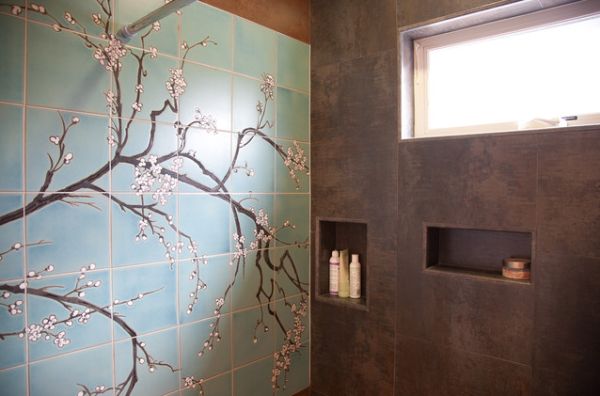 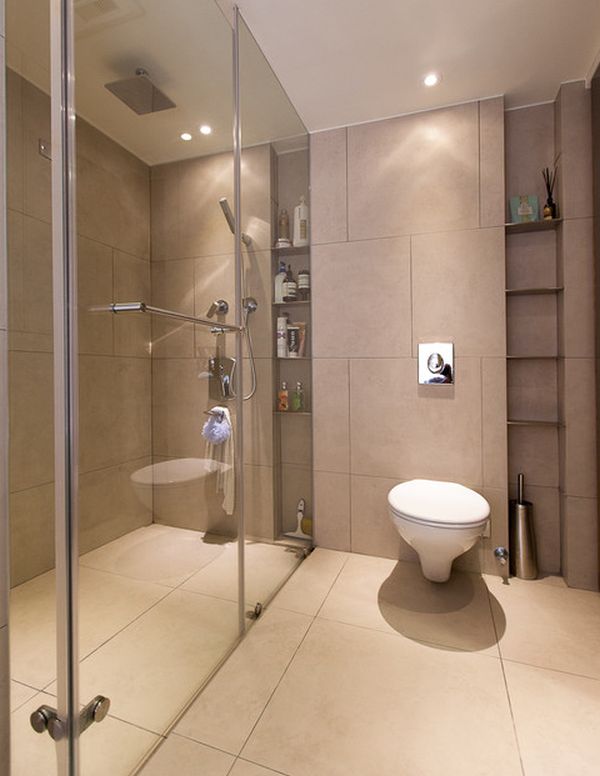 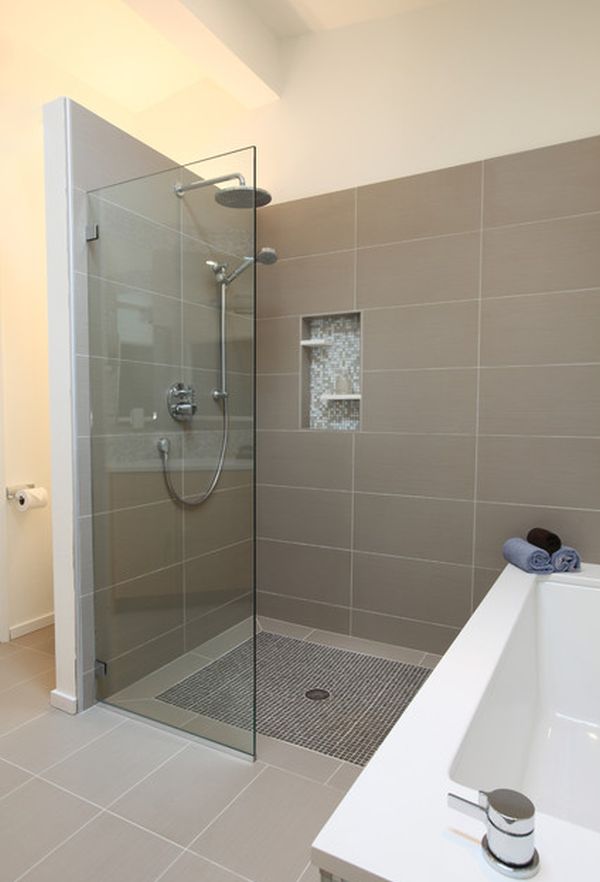 We’re constantly concerned about space, mostly because we have lots of storage needs. It’s why we constantly come up with new and innovative ideas for saving space such as multifunctional furniture, built-in storage units, modular systems, etc. In the bathroom, however, saving space is not that simple because the fixtures and elements you need to include are more or less the same for everyone.

What you can do, however, is take advantage of the space that usually remains unused and turn it into a practical storage area. Shower caddies allow you to do that and they provide plenty of options. Whether you have a small or a large bathroom, a shower caddy is a necessary element. It can be placed anywhere and it can even be a built-in feature of the bathroom. Let’s see some example and explore some options.

To save space in the bathroom, you can opt for a tub/shower unit where you include both. And while you’re doing that, add a shower caddy for all your bathroom goodies such as shampoo, shower gel, etc. One that can be placed on top of the tub would be very practical. This one, for example, has multiple compartments and doesn’t occupy additional space.

A separate shower unit needs a caddy as well. It’s a very practical addition and it can be placed in the area opposite to the shower so that the water doesn’t reach the items stored there. It can be something as simple as a shelf mounted on the wall at a comfortable height from the floor.

A corner shower caddy is one of the most practical types. It allows you to save plenty of space since the area in the corner is unused anyway and it usually has several levels and compartments where you can organize all your items. This one, for example, was chosen to also match the fixtures.

Here we have a very simple shower caddy mounted on the wall inside the shower unit. It’s almost invisible and it has a sleek, metal structure with several levels for easy organization of the supplies and items that need to be stored there. In fact, you can see that there are actually two shower caddies, one on each side of the glass separator.

Even though, most often, shower caddies are mounted on the wall, if you don’t want to do that you can also place it on the lower portion of the wall. This shower caddy has a design, structure and color that matches the bathroom fixtures and it’s actually quite spacious and wonderful for organizing everything according to use.

This is another type of corner shower caddy which, in this case, was very well chosen. The space is long and narrow so there wasn’t much space to be sued for storage. The sleek and simple shower caddy goes in the corner and thus occupies a space that was unused and that wasn’t needed for anything else.

This is a vintage bathroom of small dimensions and with simple and practical storage systems. For example, the peg is wonderful for hanging clothes and towels and even for a shower caddy with an ingenious hanging system. It has an incorporated towel rail and a compartment on the lower portion.

A more modern version of a shower caddy is a built-in storage space that not only that doesn’t occupy space that could be sued for something else but actually saves space by being built into the wall. Here are a few examples.

This shower unit has two built-in compartments placed comfortable at arm height and in front of the user. They can be a his and hers storage solution and they are a modern and practical alternative. The small mosaic matches the line that frames the shower unit.

This built-in shower caddy has two compartments of equal dimensions and is framed in the material used for the accent strip from the wall. This way it looks like a natural portion of the wall and integrates perfectly into the bathroom décor.

In this stylish bathroom, the built-in shower caddies have different geometrical shapes to match the window and to continue the minimalist look used for the décor. The color combination is very beautiful and the accent wall is splendid.

This is another example of a practical and modern storage solution for the bathroom. We have two linear storage spaces designed vertically, one of which is inside the shower unit and serves as a shower caddy replacement. The multiple compartments make it easier to organize all the items and to place at comfortable heights.

Usually, a built-in shower caddy matches a portion of the bathroom. In this case, it matches the floor in the shower unit. It has two small shelves placed asymmetrically and at different heights and this creates a series of variable spaces for all sorts of items of all dimensions.