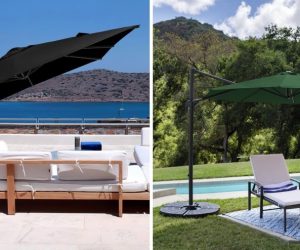 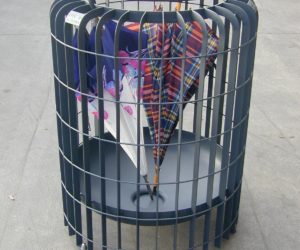 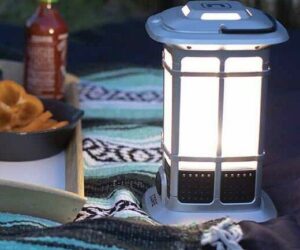 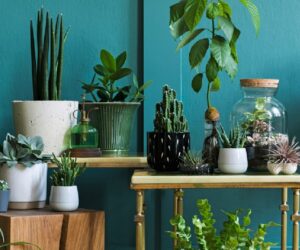 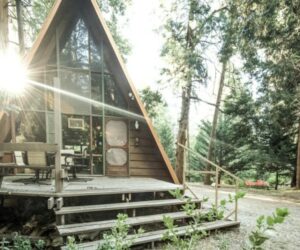 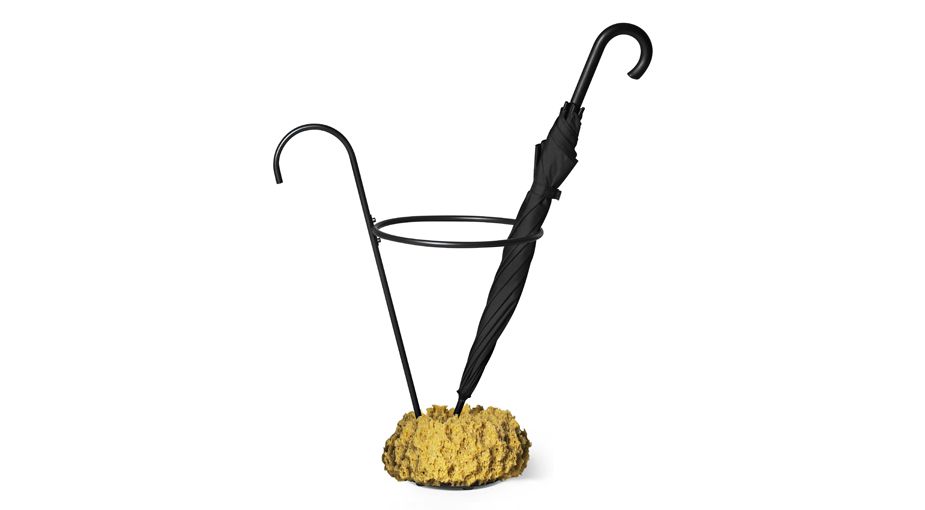 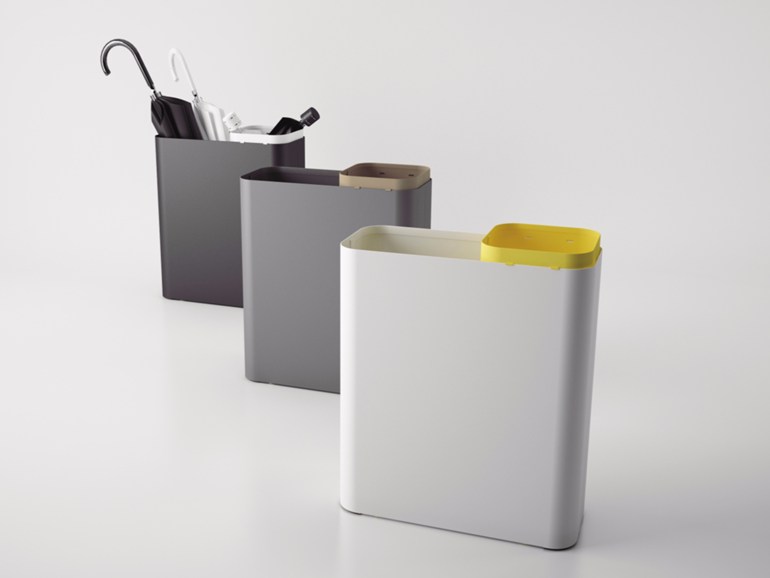 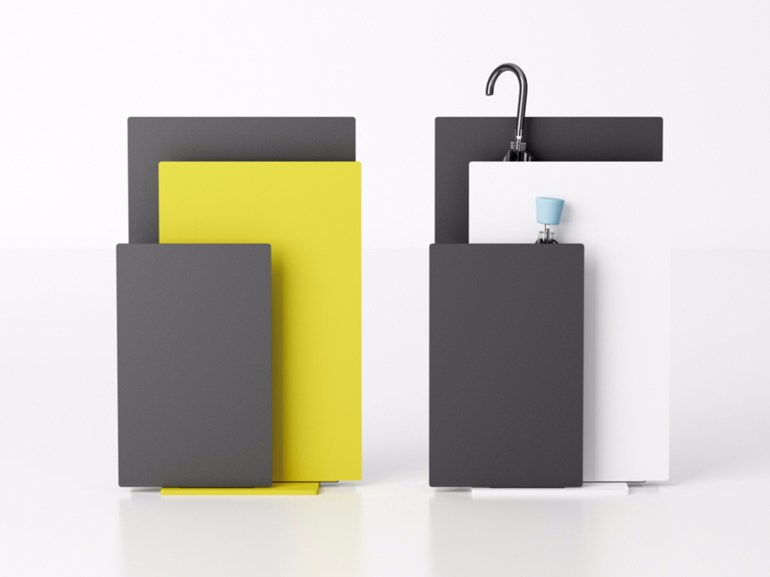 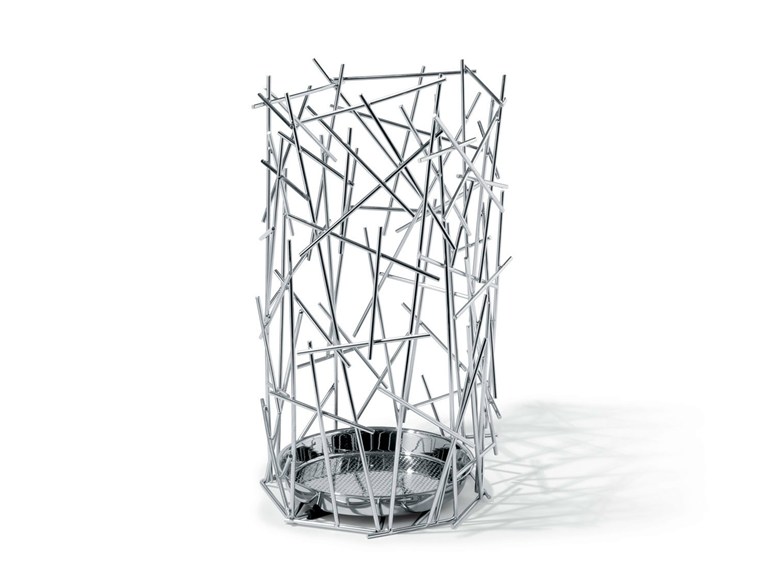 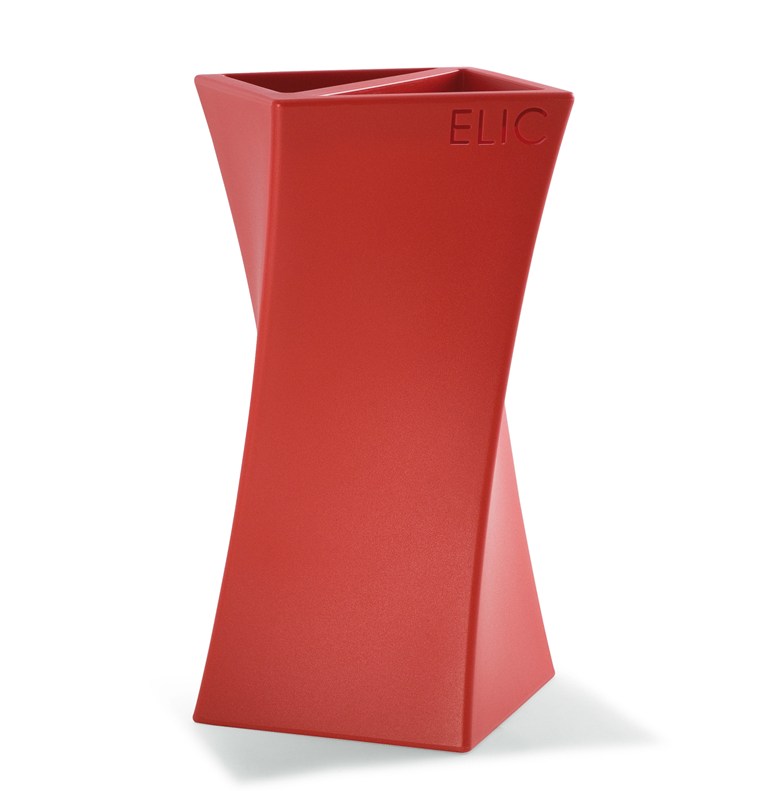 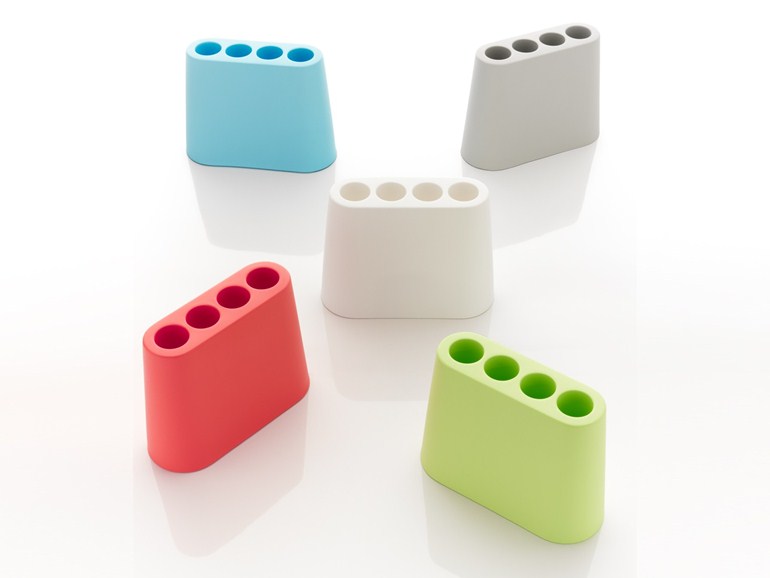 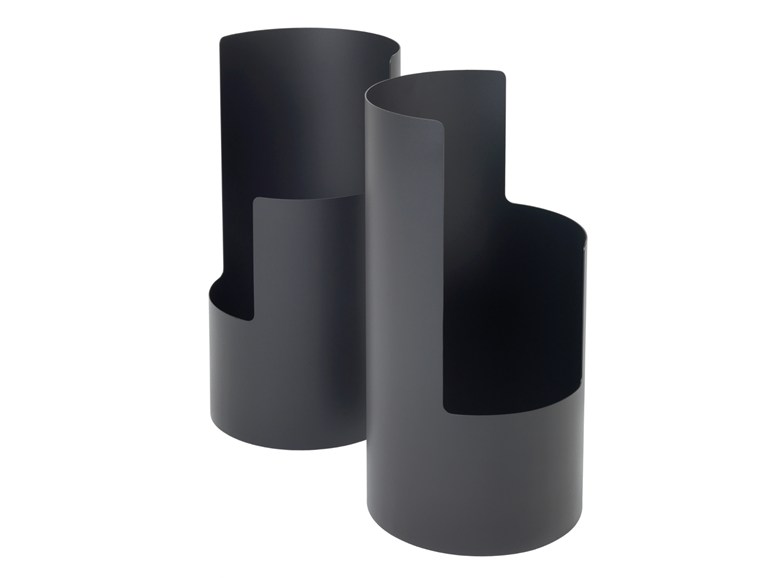 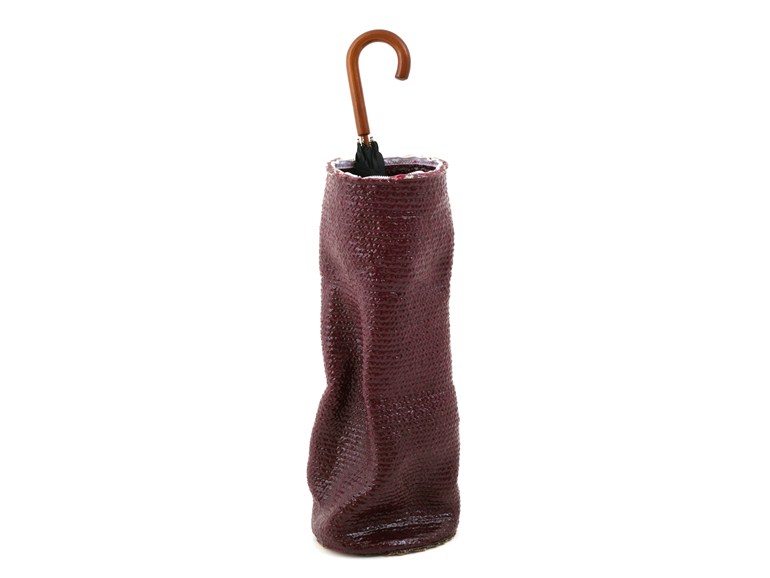 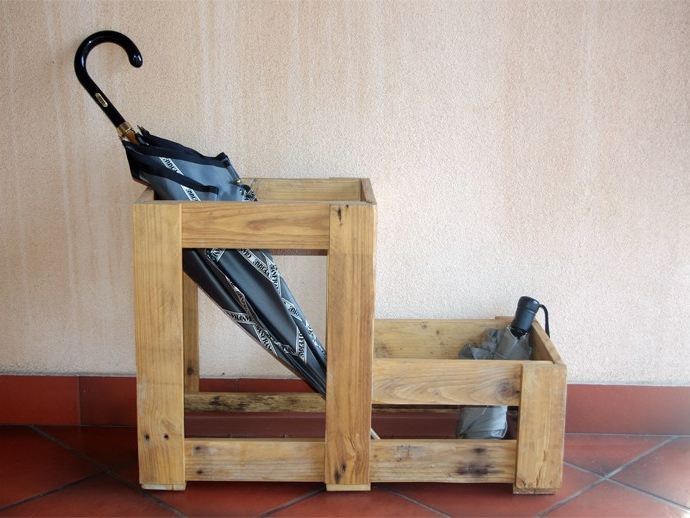 An umbrella stand is rarely something one has in mind when decorating their home. It’s one of those accessories that you can definitely live without but which has the potential to complete a design. They’re often used as accent pieces for entryways and a lot of modern designs now allows them to also stand out as sculptural and decorative pieces.

Some umbrella stands are designed to be very simple and graphical. The one designed by Eva Schildt is a good example in this sense. In addition to being very simple, this one also has a very clever design that features a sponge base. The frame is minimalist and made of thin and black lacquered steel and contrasts with the soft sponge base which is there to absorb water and to give the stand an unconventional look.

Simplicity is also a defining characteristic for the Drop Out umbrella stand. However, it takes a different form in this case. Made of galvanized steel, the stand consists of two separate containers. One of them is for long umbrellas and the other for folding models. The containers have different colors and this gives the stand a chic look.

The design of the Sou Stand is made up of three steel panels. Each stand features a combination of two colors. The black and white version is stylish and elegant but if you want something a bit bolder you should have a look at the gray and yellow version. The stand is available in two versions, either as a freestanding accessories or one that needs to be attached to the wall.

It seems that steel is a popular material for modern umbrella stands. It’s also the material chosen for the Blow Up stand designed by Estudio Campana. It has a graphical and unexpected design formed of numerous thin steel rods arranged in an apparently random pattern. They form a roughly cylindrical container with a solid base.

A lot of modern umbrella stands also aim at looking very sculptural and this allows them to also double as decorative objects for the entryway and the home in general. Elic is an umbrella stand designed by Lanzillo & Martinengo and it has a simple geometric form with a twisting body and an interior divided into two equal sections.

Cute, colorful and practical, the Aki stand is the creation of Rodolfo Bonetto for B-Line. It’s a minimalist umbrella stand made of rotomoulded polyethylene. It’s has four holes, designed to hold an umbrella each. This lovely home accessory comes in five different color options: red, green, glue, gray and white.

Other designs, on the other hand, are a bit more imposing both through their size and actual design. Take for example the 0550 model manufactured by Schonbuch. Because it has such a simple design and it covers little floor space, this is a very versatile accessory suitable for both small and large spaces as well as for a variety of settings, be they casual or formal. The stand has a plastic drip tray and in rest is made of powder-coated steel.

A slightly different approach was used in the case of the Drum umbrella stand by Darono. This is a stand with a sleek frame and a fabric cover and which makes it look a little bit like a gold club bag. The fabric cover makes the stand look casual and this allows it to naturally fit in matching decors. Its design is also inspiring in the sense that it wouldn’t be that difficult to make something similar at home.

A similar thing can be said about the Odense umbrella stand. This one is made of wood and has a very rustic and very unpolished look. It’s made of reclaimed wood which gives it some personality and has a big compartment for long umbrellas and a smaller one for folding models. It would be pretty easy to make something similar out of a wooden pallet.