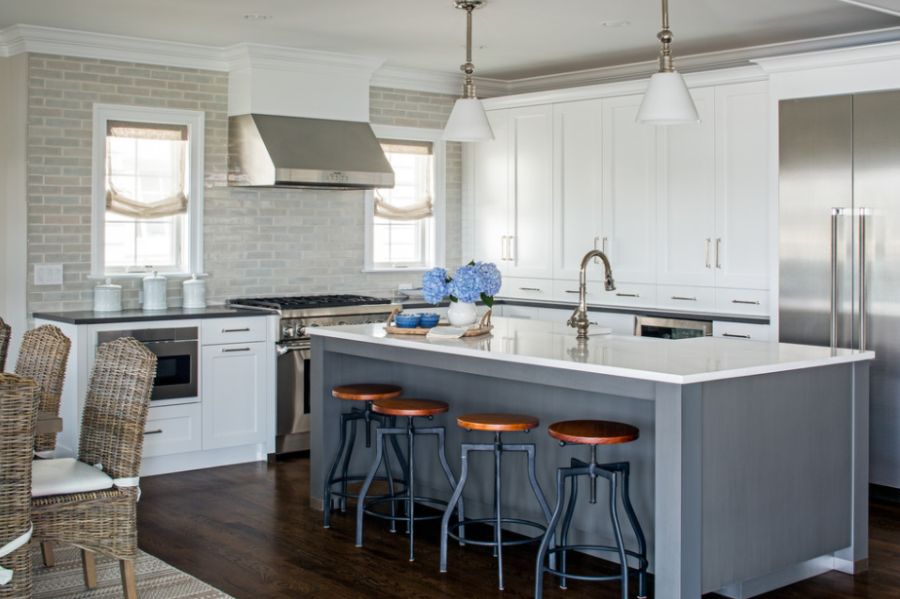 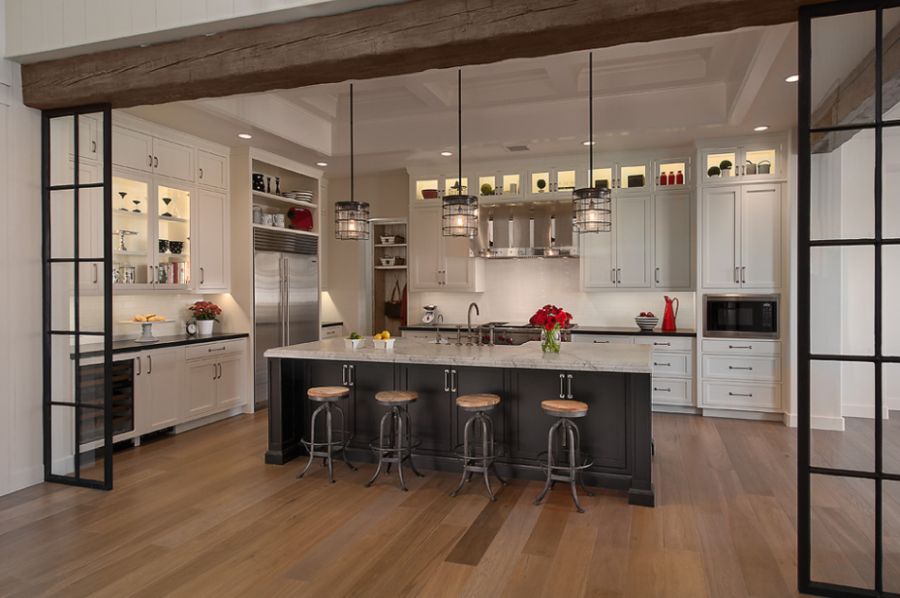 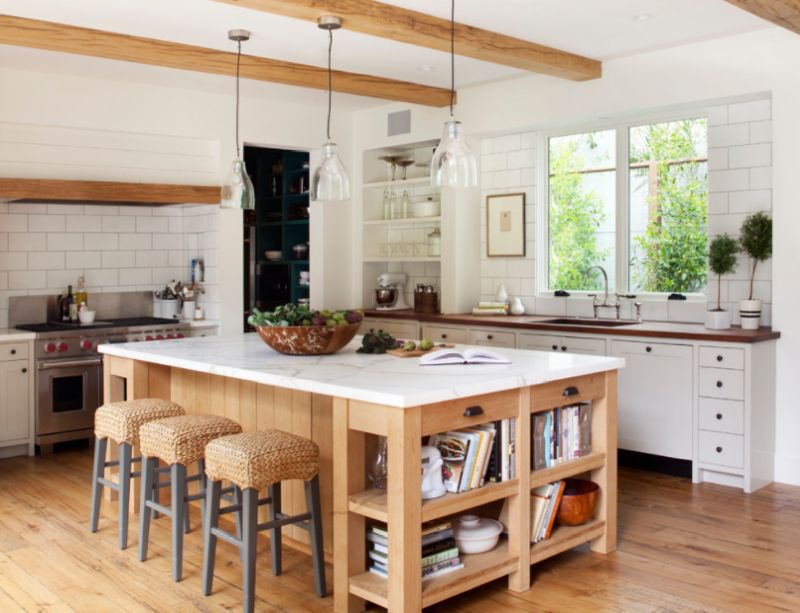 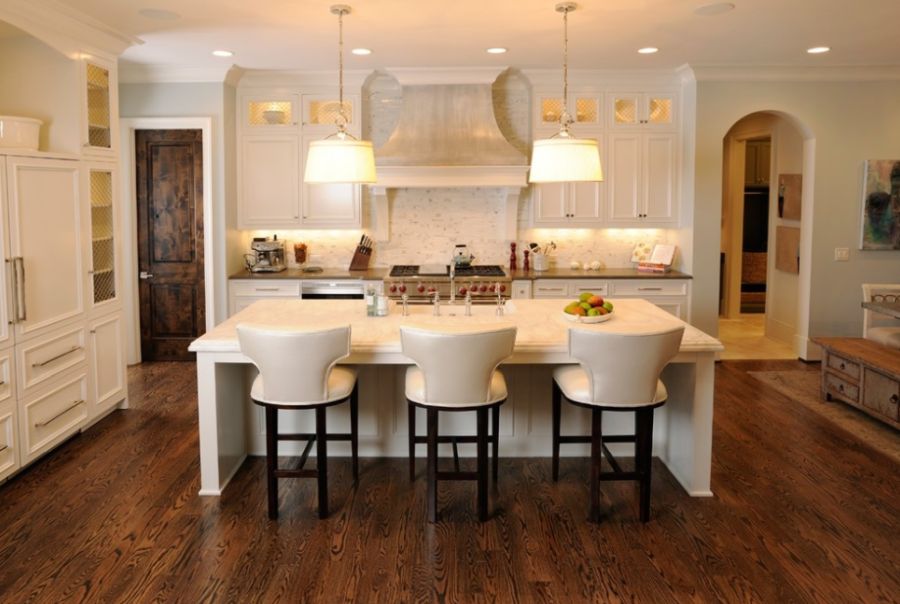 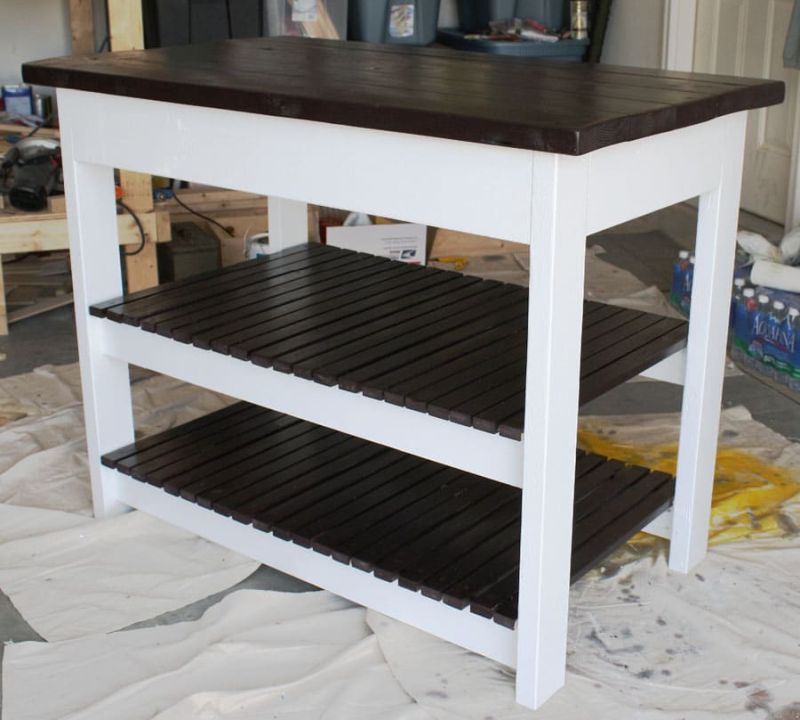 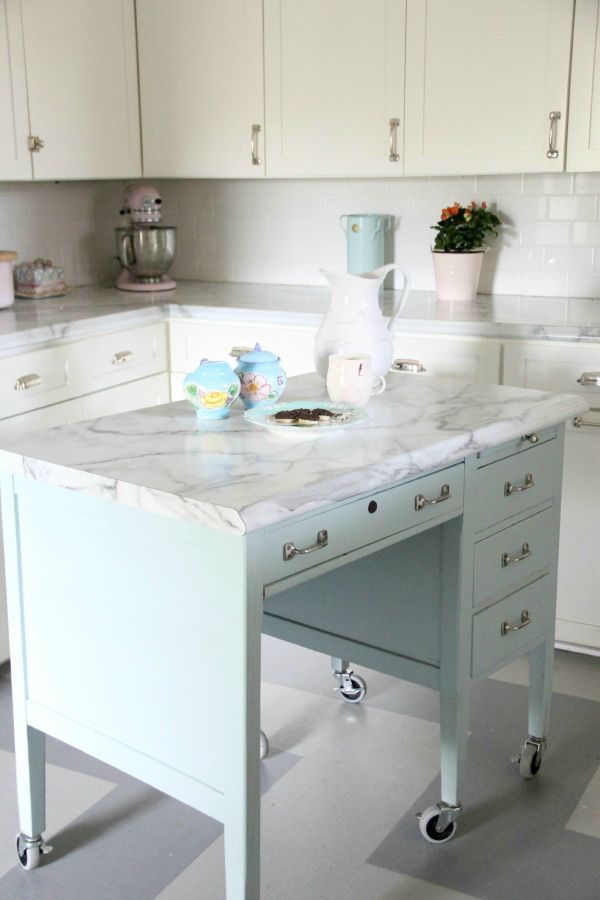 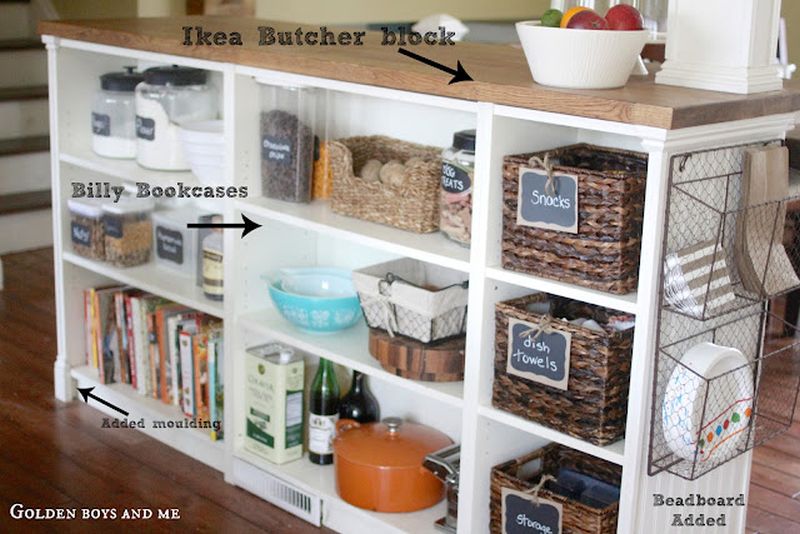 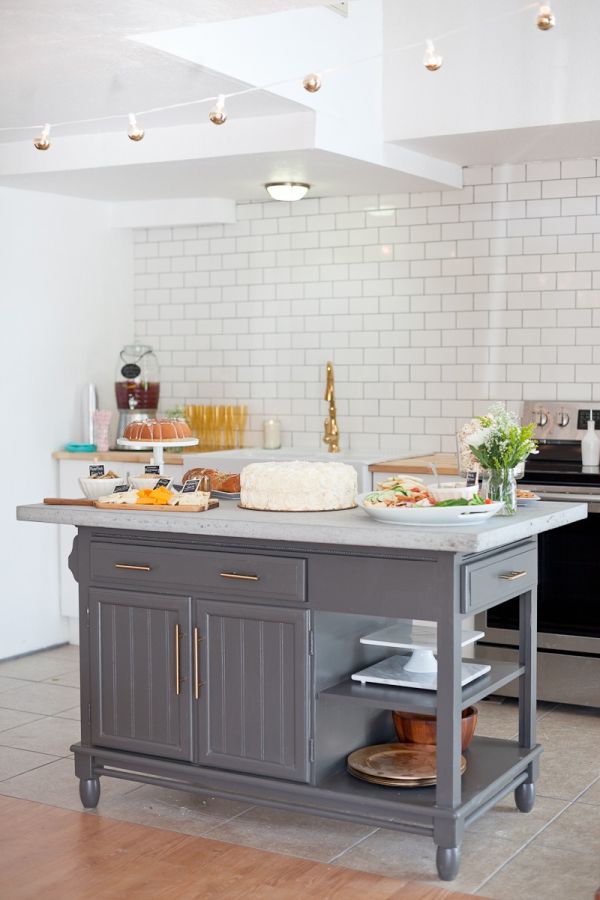 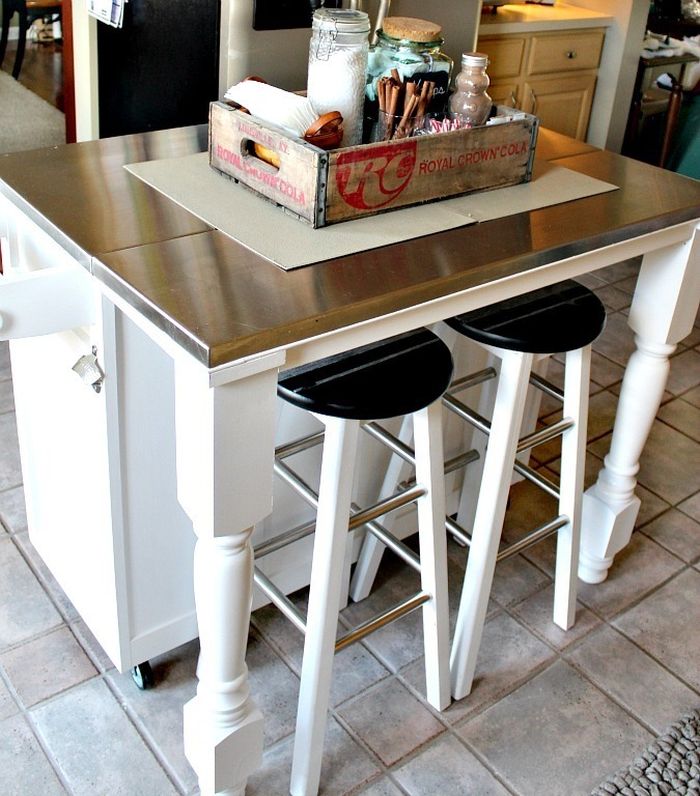 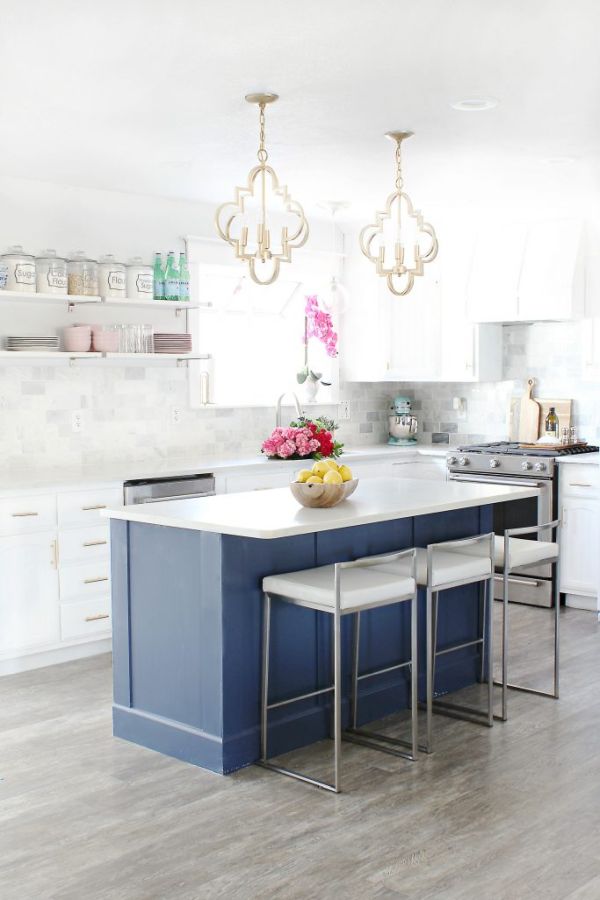 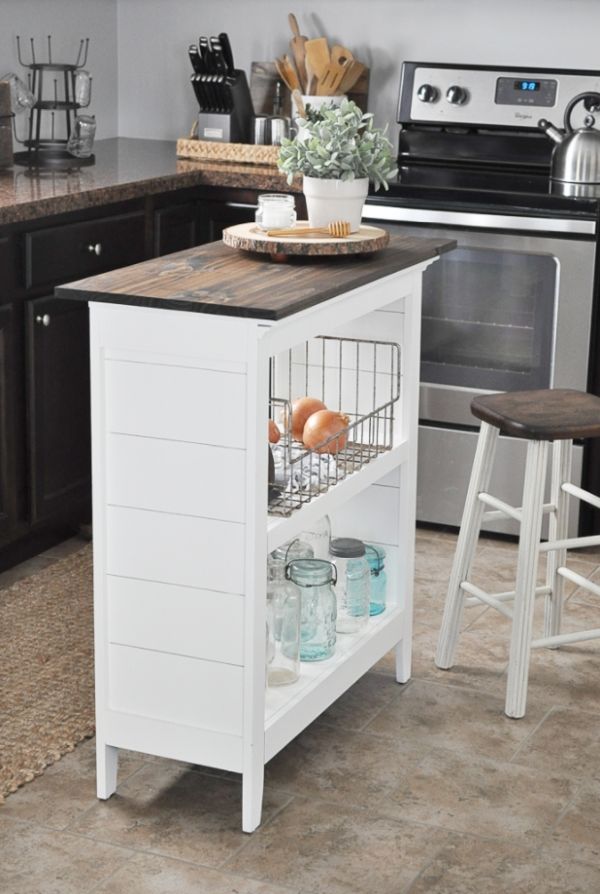 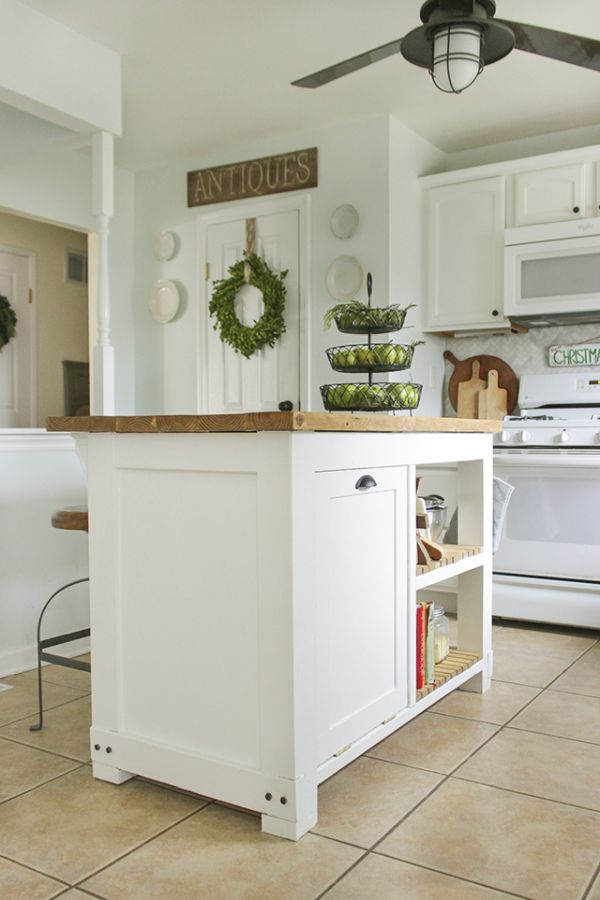 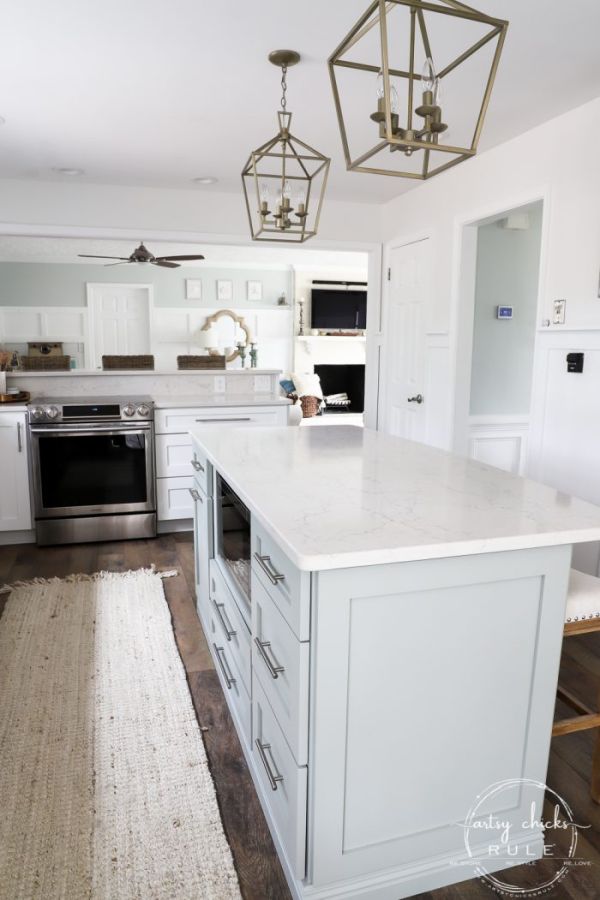 We all want to make our houses the best that they can be. But did you know that homeowners spend an average of two hours a day or almost 800 hours each year in the kitchen? Yes, even if they don’t cook.

This may not be as much as say the bedroom or living room, but it is still a lot of time. Not to mention, remodeling your kitchen gives the most amount of added value to your home for reselling. So it is always the first place people look.

What Is A Kitchen Island?

A kitchen island is a freestanding cabinet that is usually placed in the center of your kitchen. You should be able to walk all the way around the cabinet and use it for a variety of purposes related to the kitchen.

Although the height varies depending on what the use for the island is. For example, if you are going to be standing at it more often, slightly higher is good. If you are going to add barstools, then allow two feet of clearance between the two.

Most kitchen islands are two to four feet wide, or deep. Two is a good minimum because any less than that and the island no longer serves a purpose. If you do have a narrow island, you can add to it.

In this case, you raise the short area that will be used for eating and add another area that is 36-inches high. They don’t even have to be attached or built-in, they can be separate areas that are pushed together.

The length of the kitchen island is very important compared to the other measurements because it doesn’t affect the quality of life as much. However, a minimum of four feet is usually the standard for kitchen islands.

If you want a long kitchen island then you should probably go for six feet or more. Any less than four feet and you have a three-foot island that is the same length as your stovetop, which may look odd.

Kitchen Island With Seating For Two

This is a common island size if you want a small kitchen island. It will seat two people comfortably by adding two barstools. This is the minimum size for a kitchen island and is definitely not a long kitchen island.

The kitchen island with seating for only two people will be four feet long. This is a standard kitchen island for small kitchens and works fine if you only have two people that will sit at the island at a time.

Kitchen Island With Seating For Three

You can get by with a kitchen island, with seating for three people, that is five feet long, but this will be just a wee bit scrunched. It is often the standard for kitchen island sets that aren’t built-in though.

For built-in sets, you can expect about six feet long which is considered a long kitchen island. But you can’t get much longer than that or else the seating will look strange spaced out a foot apart or more.

Kitchen Island With Seating For Four

Now if you have a very long or large kitchen and have a kitchen island then your island is probably at least six feet long, probably more likely seven or eight-foot-long. It’s standard for each person to have at the very least 20-inches of space.

This is for narrow stools. For wider stools or actual chairs, more room is necessary. If you are lucky enough to fit an eight-foot-long kitchen island in your home then you are lucky and should take advantage of it.

Kitchen Island Projects To Inspire You

If you want a completely different kitchen island then you see at every store out there, then perhaps you need to design your own. You may want to build it from scratch and you may want to transform your old one.

Now, this kitchen island inspired me! Jen Woodhouse used 2x4s and 2x6s for the main frame before adding small slats for support shelves. This alone made for a gorgeous kitchen island but it doesn’t stop there.

She then added a 2×6 countertop and painted the entire thing. The end result is absolutely gorgeous with the dark shelves contrasting the light legs of the kitchen island. They could make a fortune making these.

Have you ever thought about taking a piece of furniture that is made for one thing and using it for something else? Most people don’t think about something this drastic when they imagine repurposing something.

But that’s exactly what Old Country House did. They took an old desk and decided to transform it into a marble-top kitchen island with a pretty blue base. The transformation is so remarkable that you would never know where it came from.

The best part is that it was a simple project that anyone can do too. All you need is a drill and you too can have this exact island. Or, use this as inspiration and transform your own piece of furniture.

There isn’t much that is more satisfying than finding a Craigslist item and transforming it into something worth ten times what you bought it for. This is just proof that you don’t need money to make your house look like a million bucks.

All that Fresh Mommy did was give this island a fresh coat of paint and added a new countertop. Pro tip? You can also buy countertops on Craigslist or Facebook Marketplace for next to nothing as well.

She does it so often that it can be impossible to pick a favorite. The girl works with any type of decor and can make anything look good. If you are looking for general inspiration then look no further than this Thrifty Chick.

When they finish, it’s hard to believe that what looks like an expensive Wayfair find is actually kitchen cabinets that saved them a whole lot of money. Who doesn’t want to try this as soon as possible now?

Who said that high-end islands had to be big and flashy? Nevertheless, they were wrong. Ashley of Little Glass Jar turned a small bookshelf into an adorable kitchen island that we all need in our kitchen.

The best part about small kitchen islands like this is that they work for small or large kitchens. You can put it in the corner and use it as a roll-around cart or you can just get a taller one and put it in the center.

This classic kitchen island is amazing! Shades Of Blue really outdid themselves with this one. On their island, they made half of the island open shelving with attractive teak-like slats with the other half a trash holder.

No one likes their trash can out in the open but it often seems that anything else isn’t an option. This team figured it out by adding a compartment that will safely hold their trash without it being seen.

You may not think that paint has enough power to transform a kitchen island. But it really does. The primary thing that Artsy Chick Rules did to this island is painted it. The difference it made is astounding.

This just goes to show you that you don’t need a lot of experience or huge ideas to make a huge difference. You can start small and think outside the box and you can transform any kitchen island into something special.