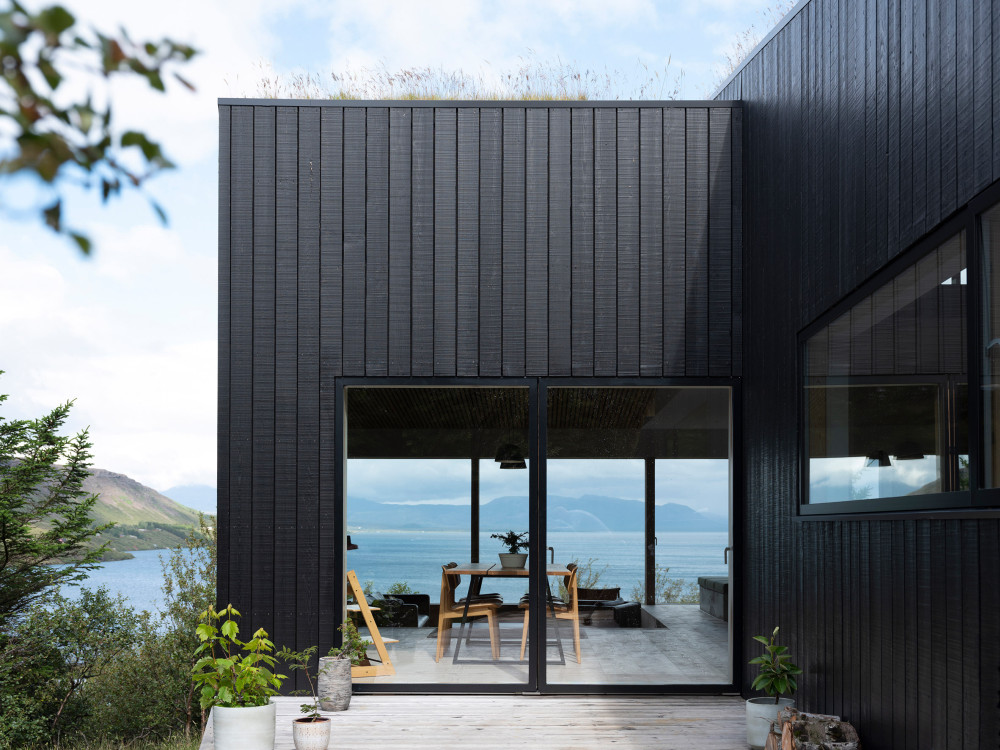 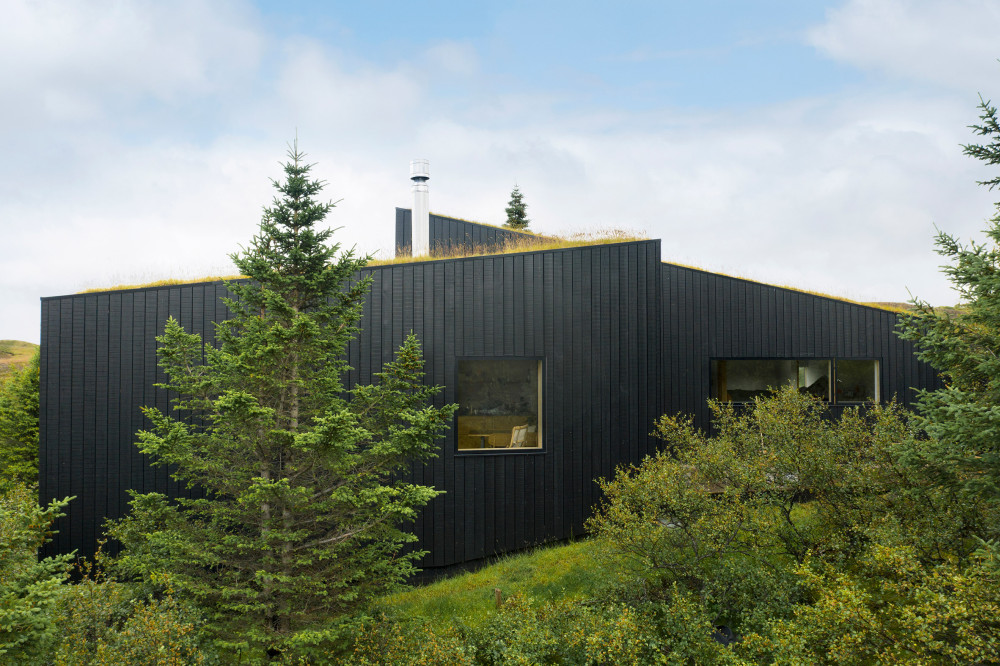 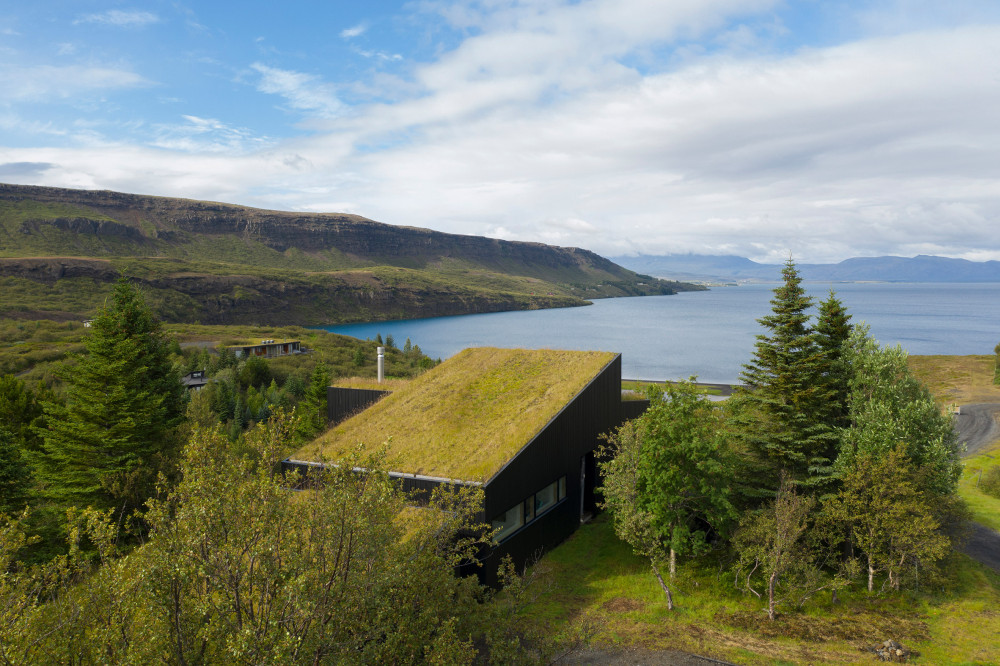 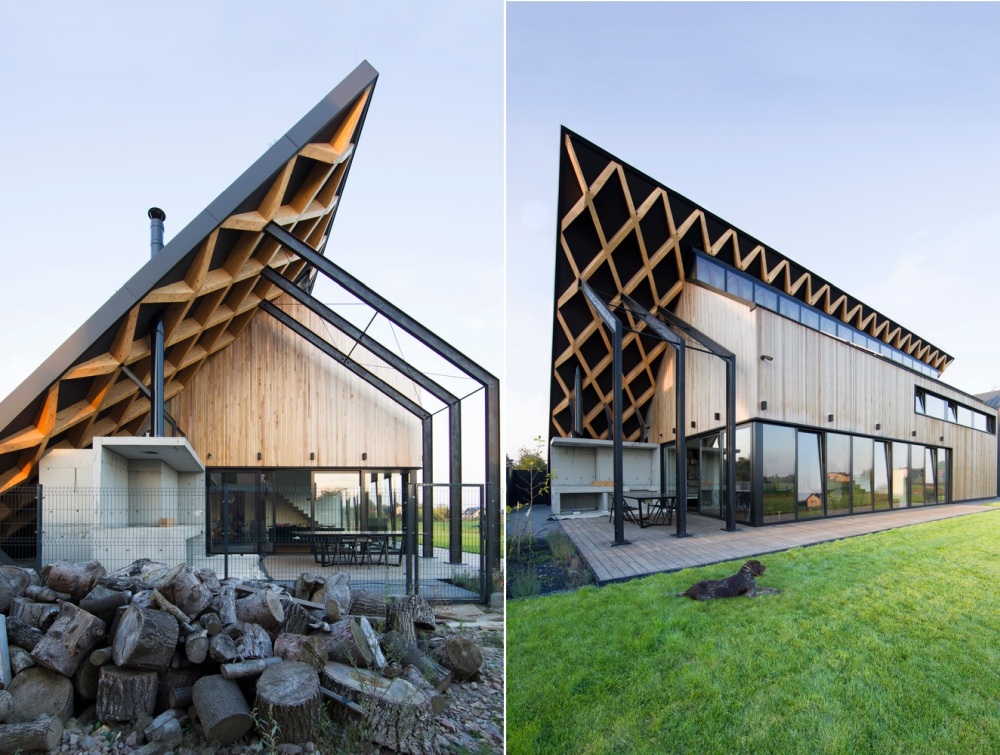 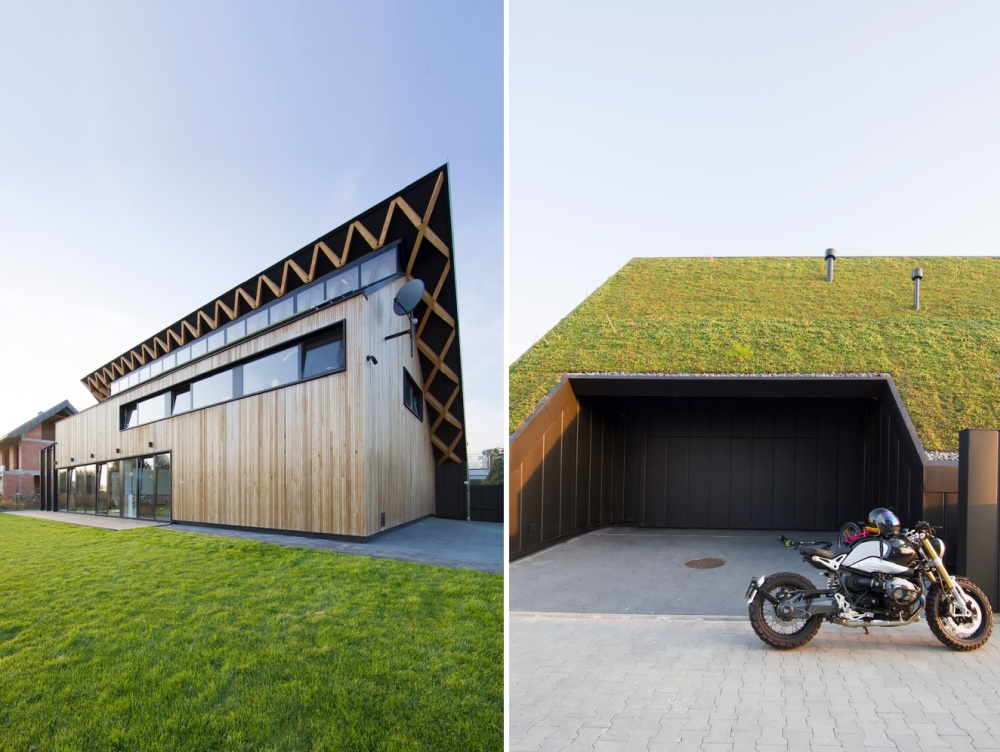 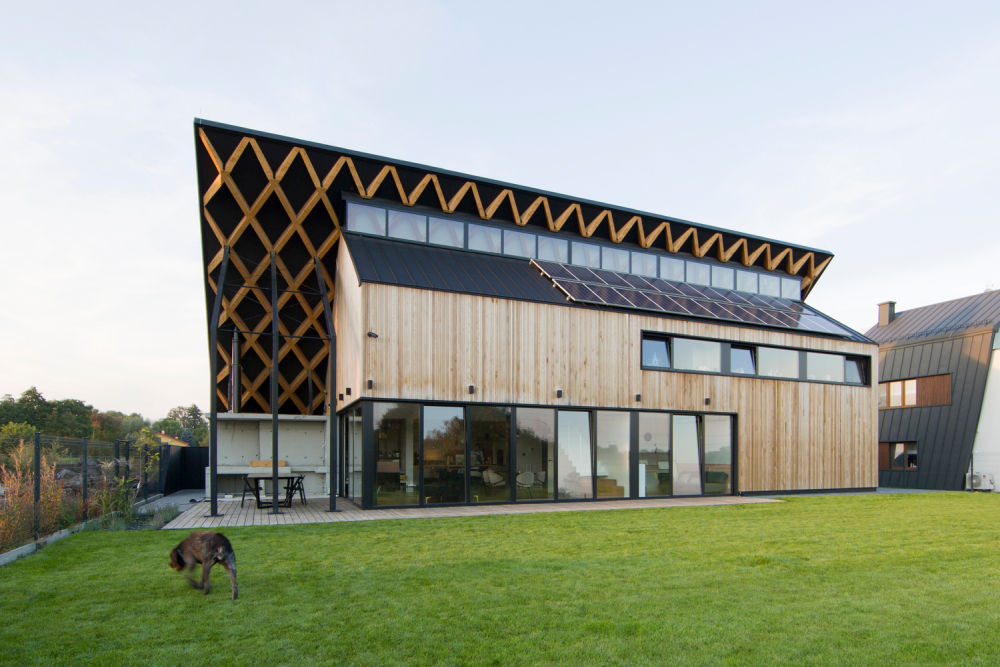 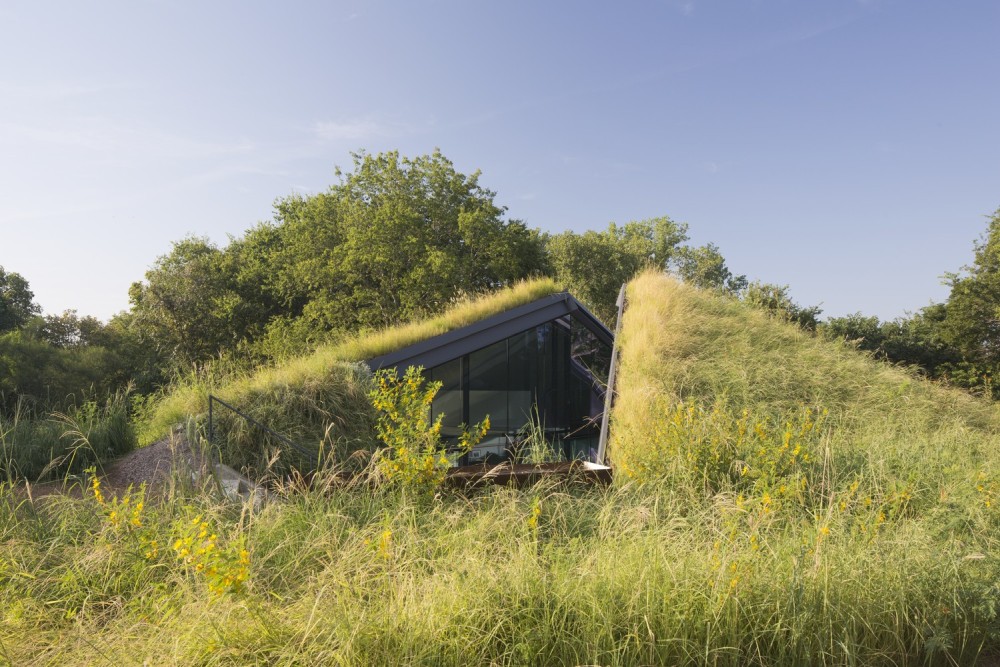 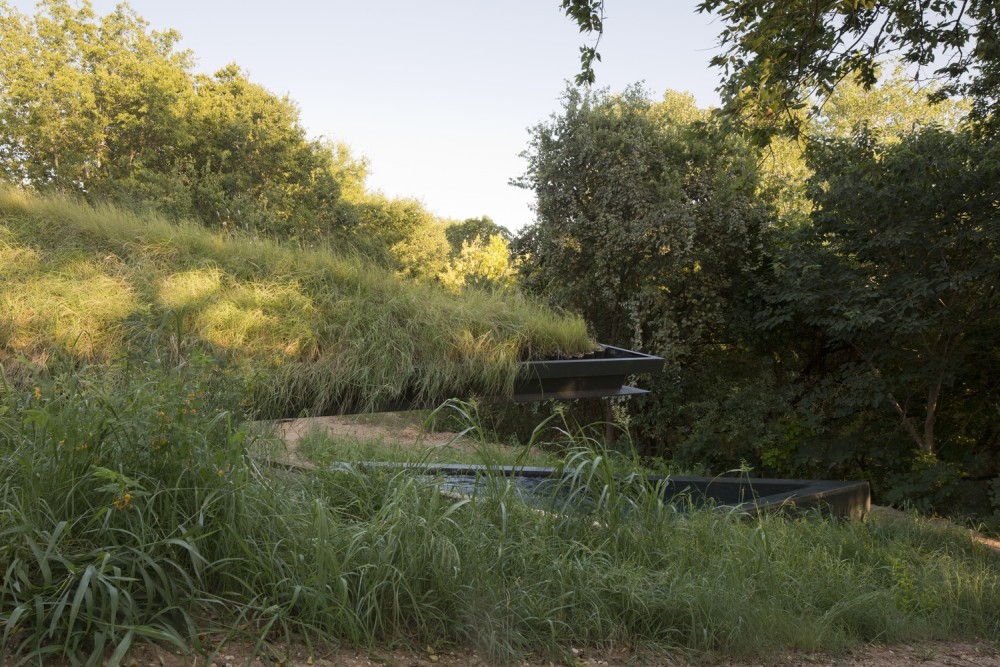 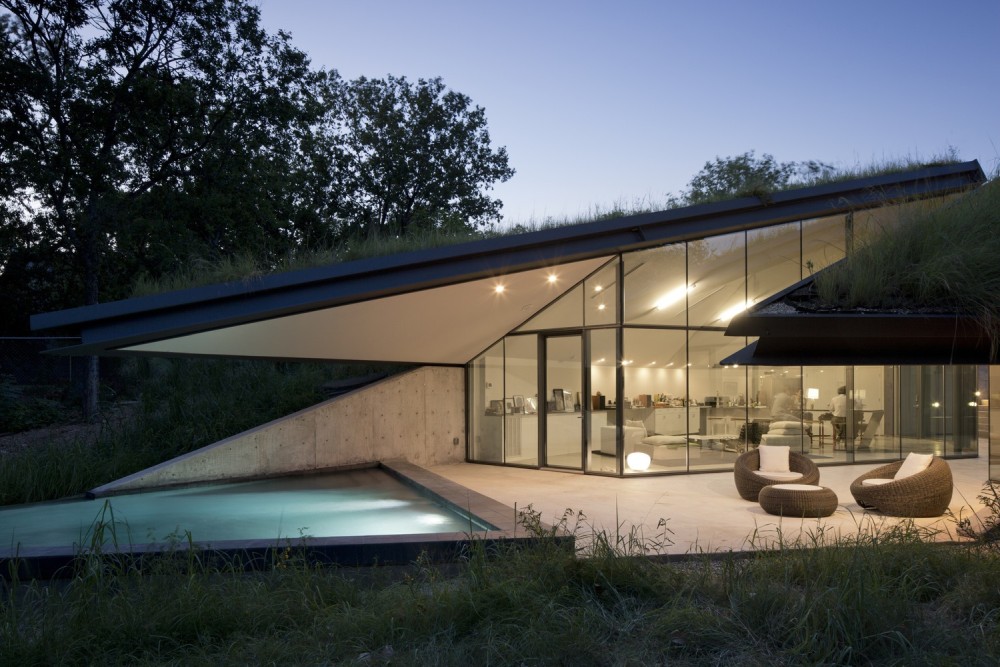 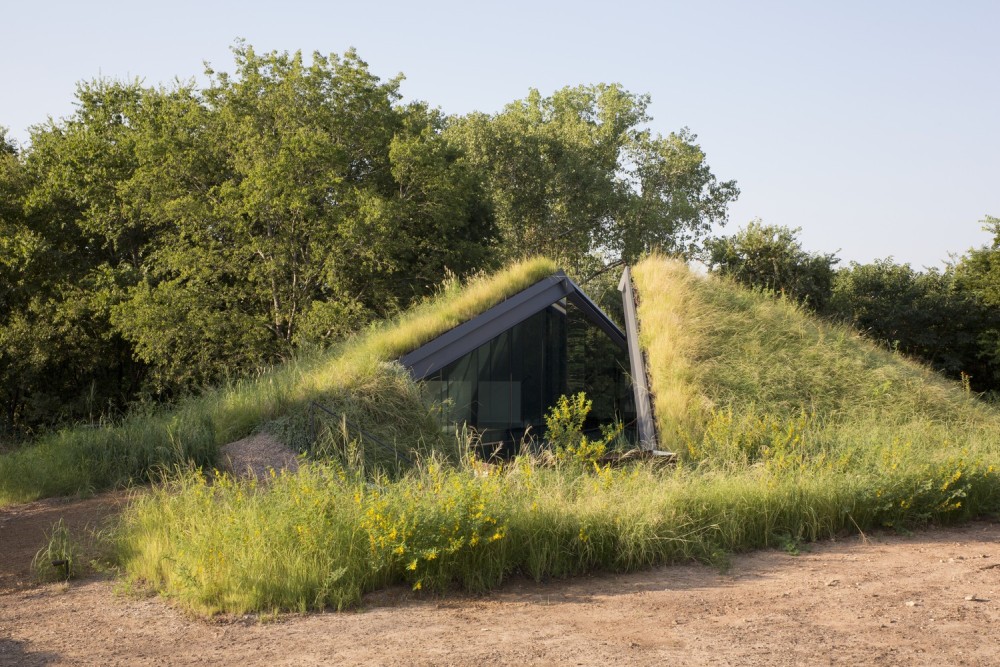 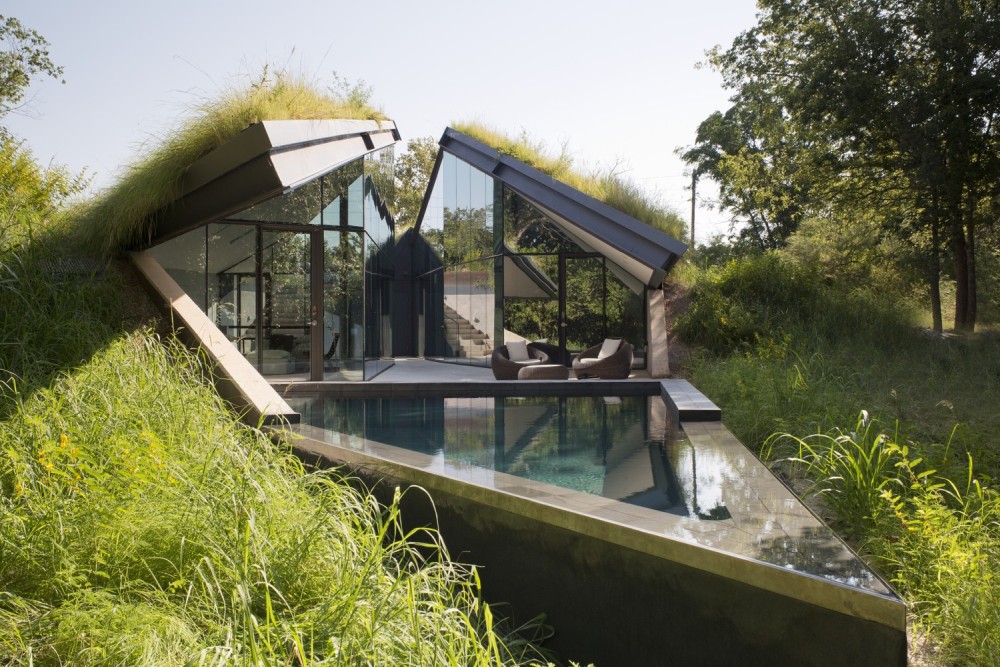 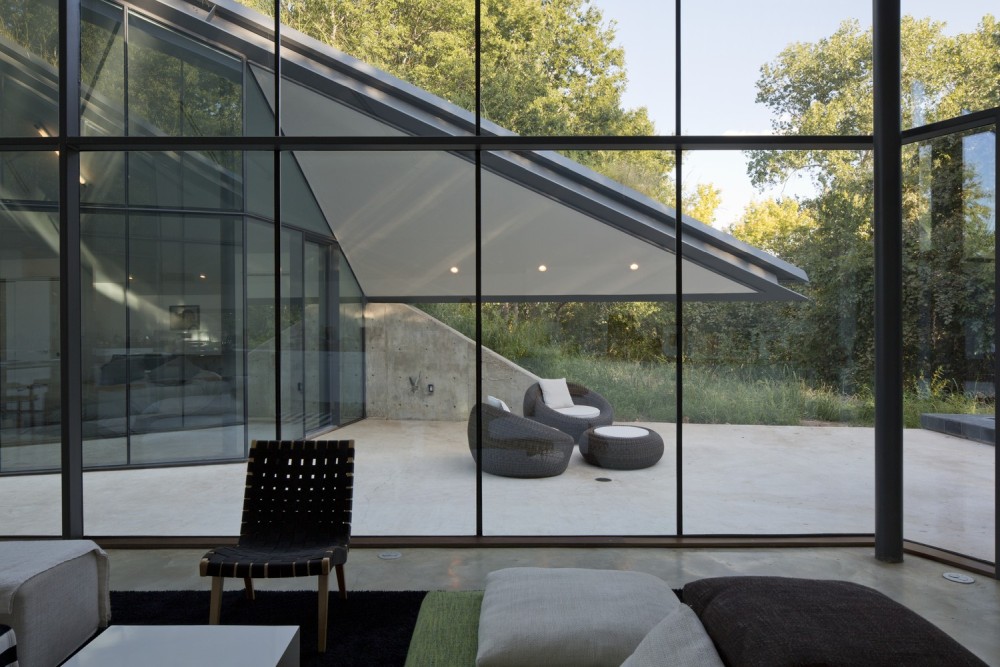 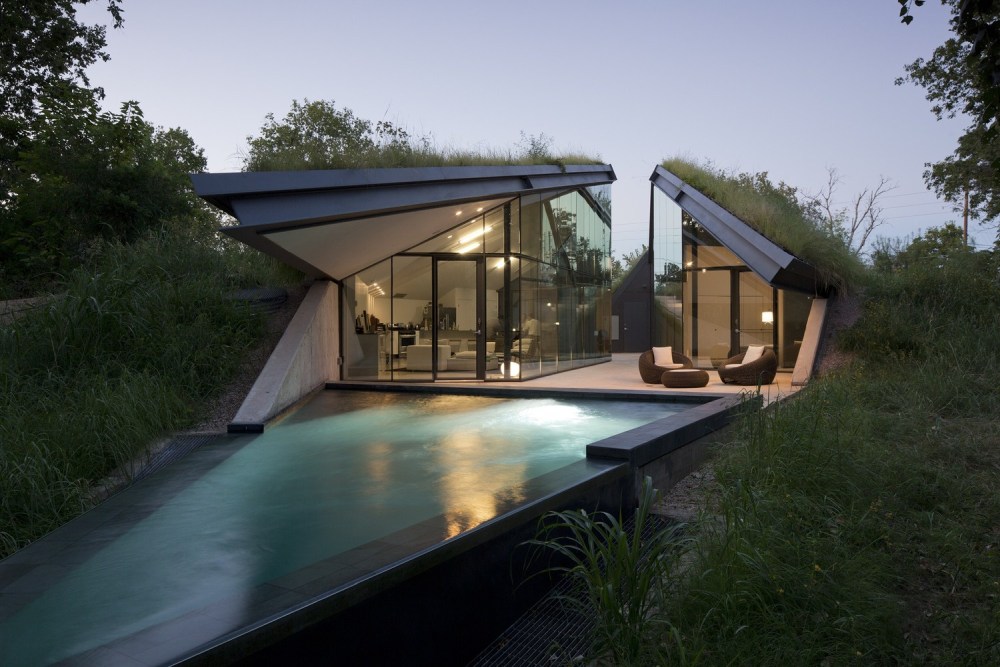 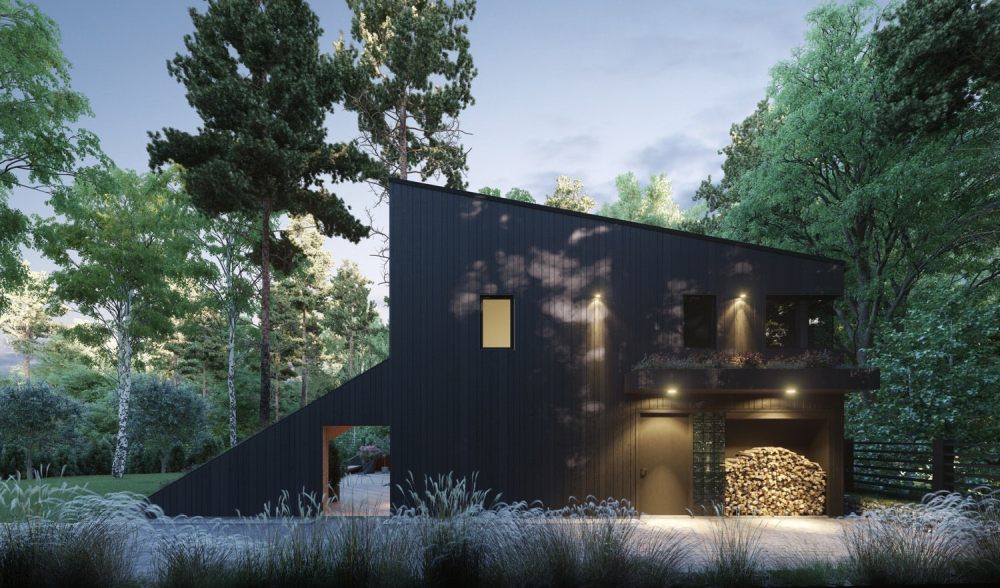 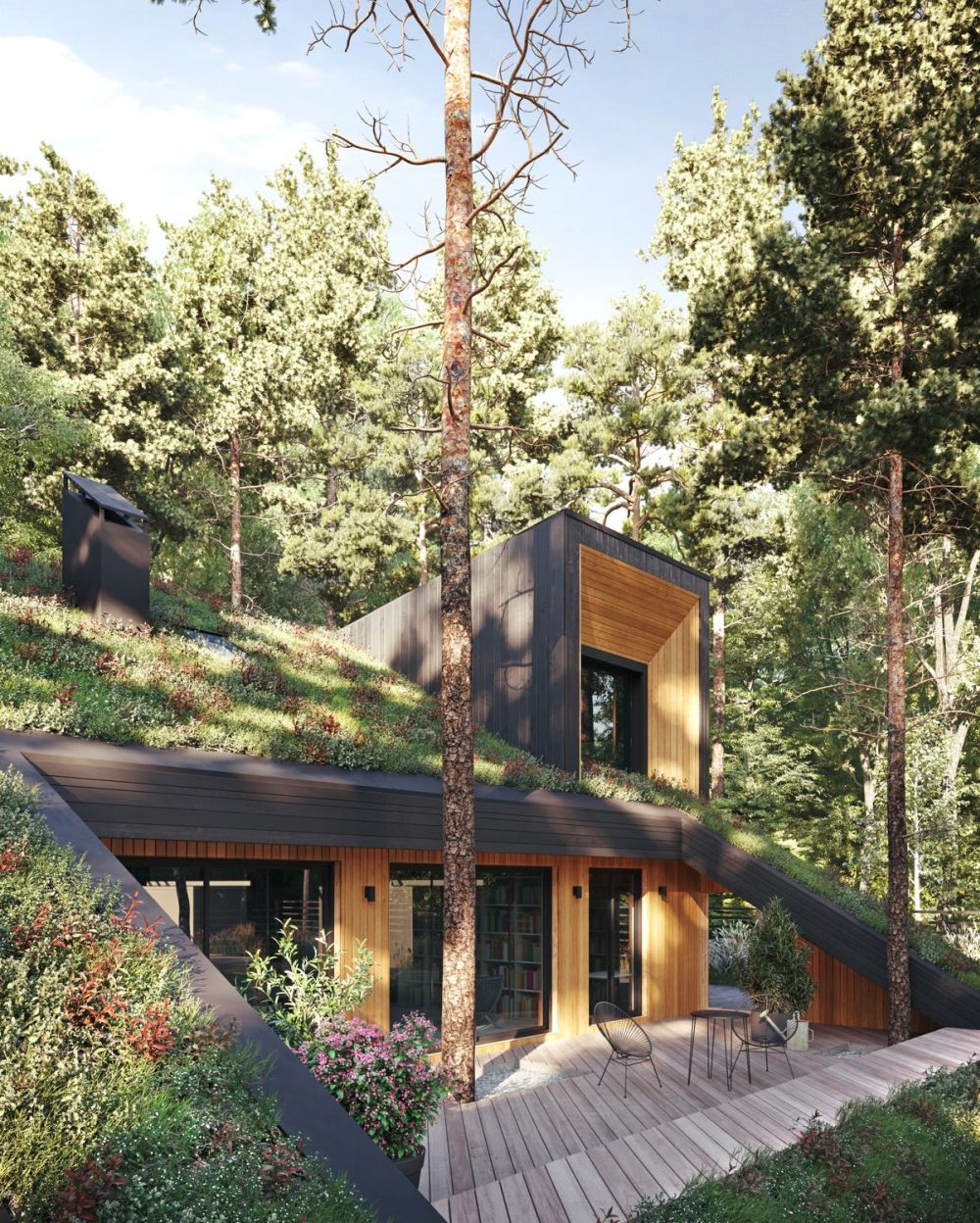 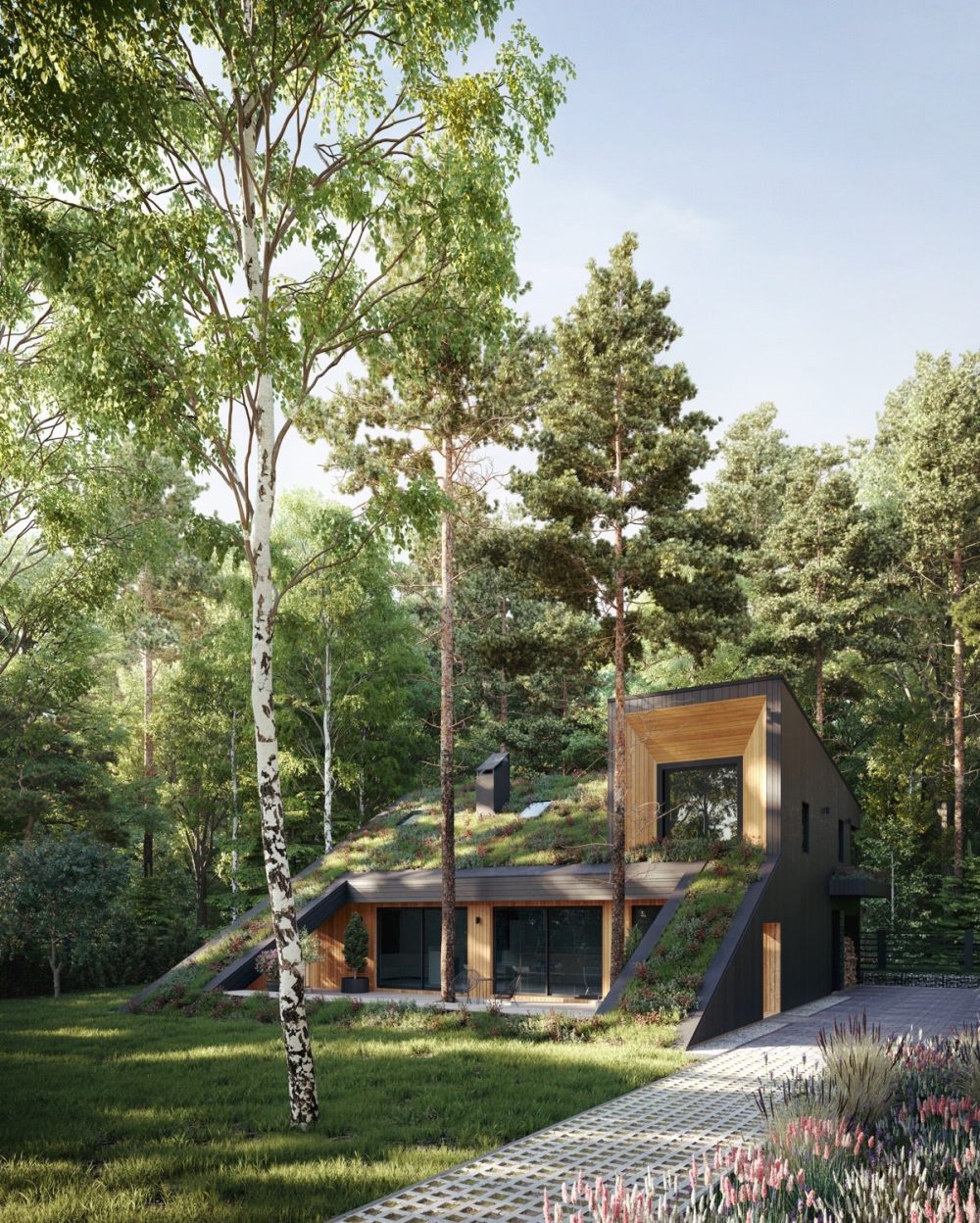 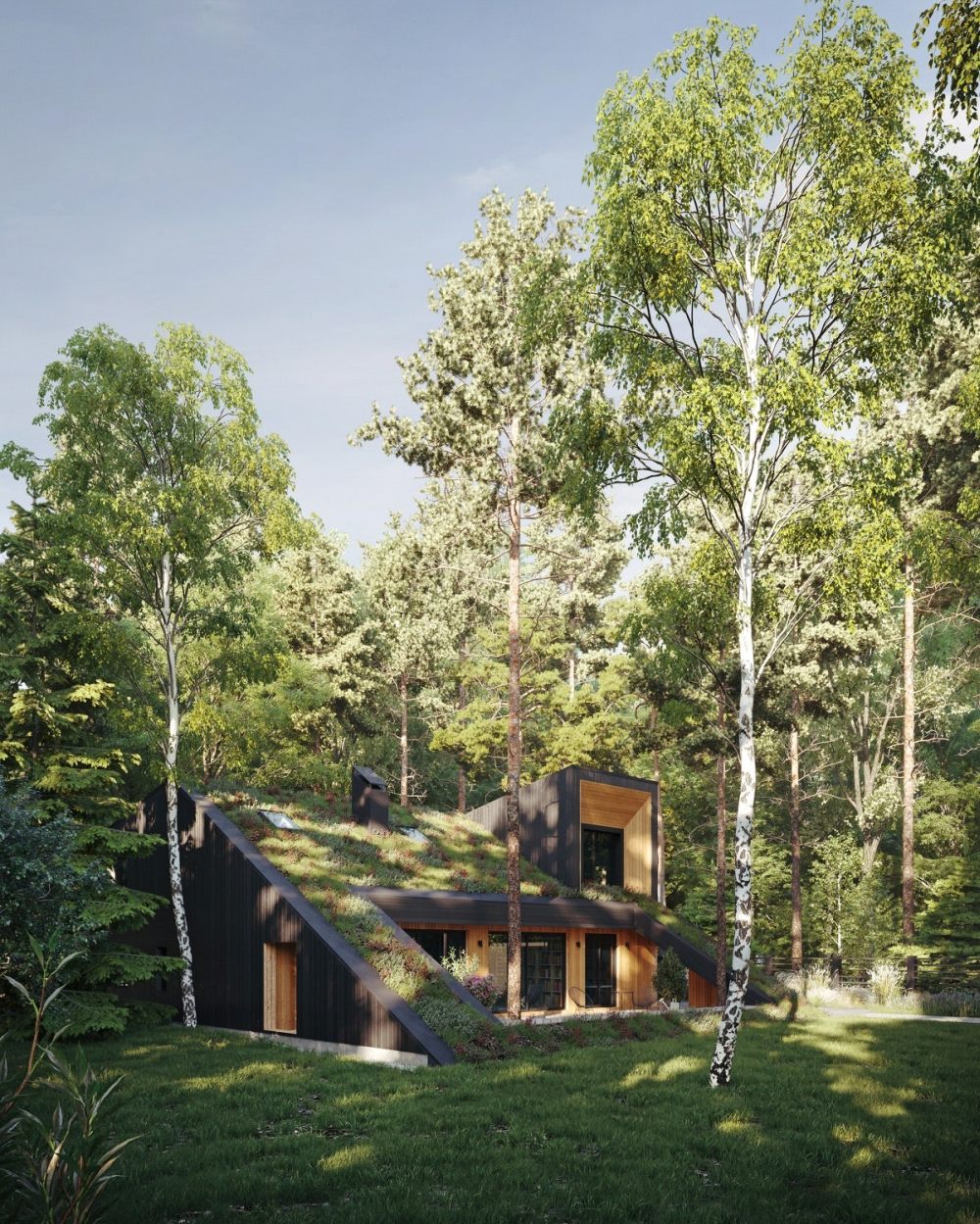 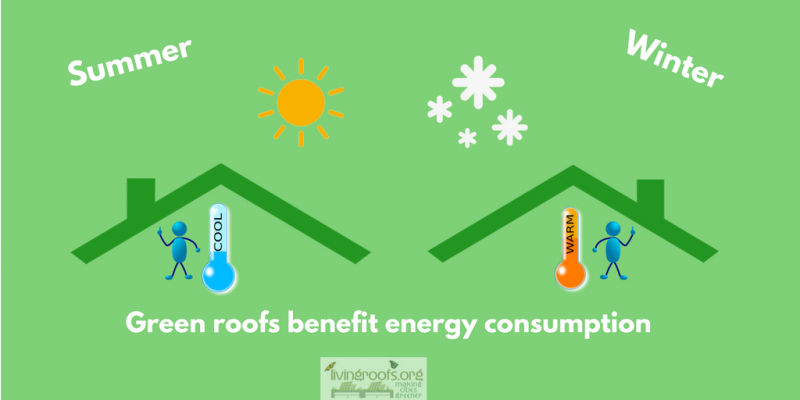 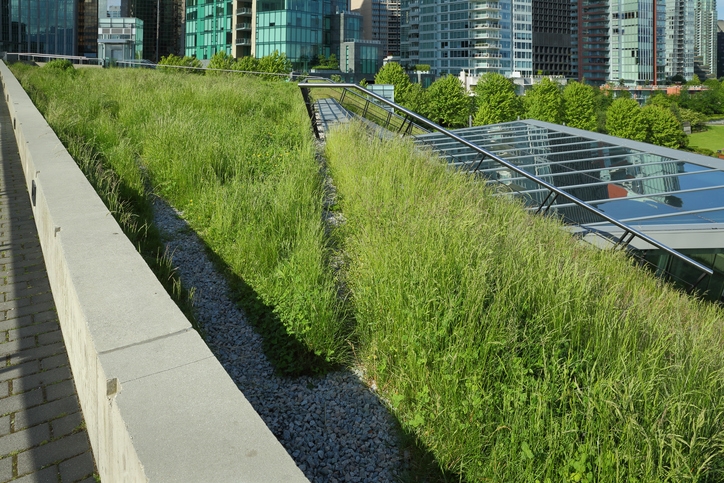 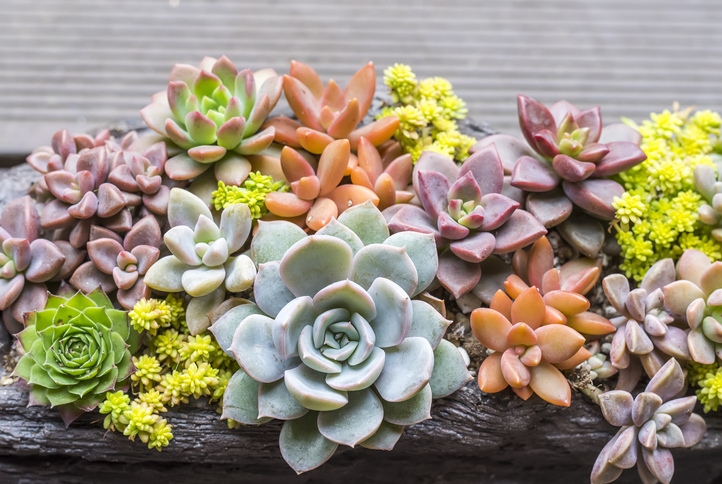 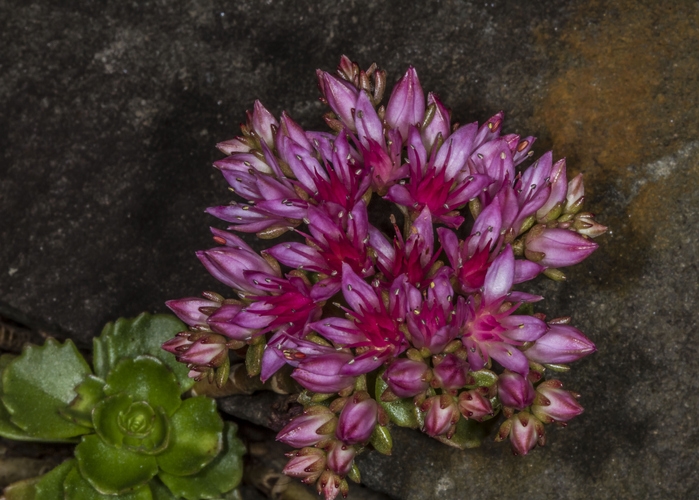 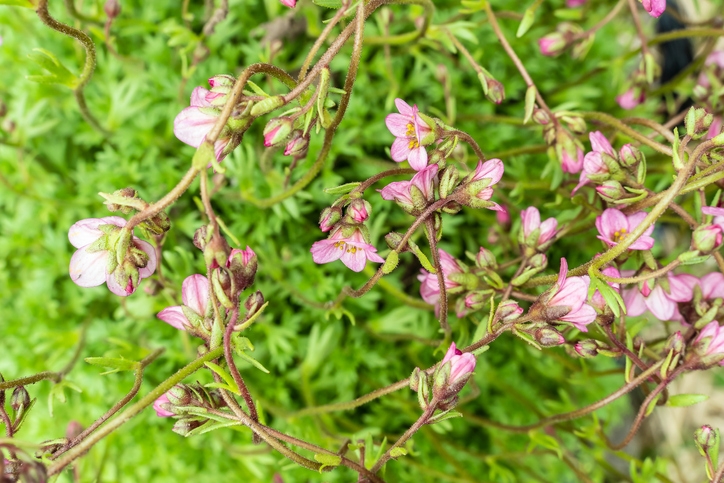 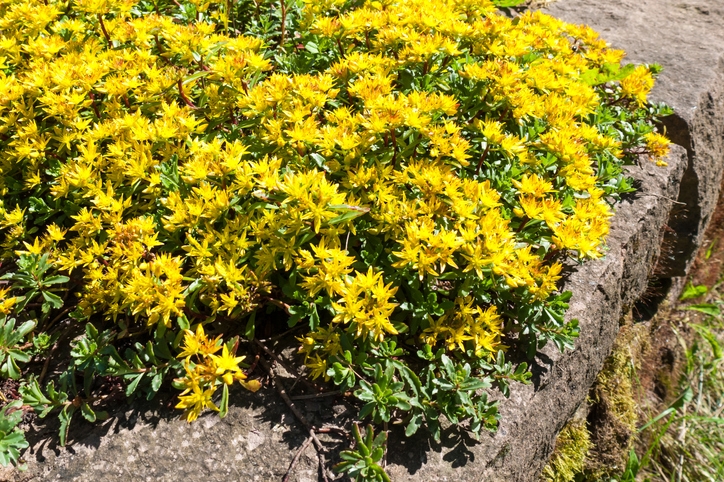 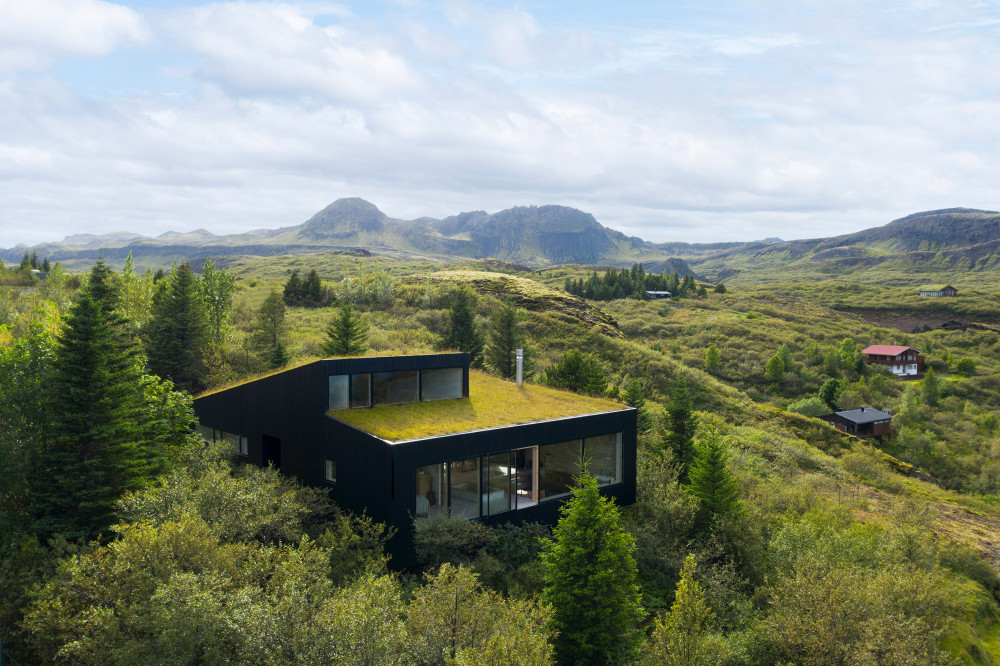 The roof is one of the major components in any house’s design and definitely something worth doing some research on before making a decision in this regard. There’s different types of roofs to choose from and all sorts of criteria to take into consideration.

Like every other type, green roofs come with both advantages and disadvantages and it’s up to you to decide whether this is a suitable option for your house and your needs.

The 7 Best Plants For Green Roofs

Choosing what type of plants to put on your green roof is an important decision which can be influenced by a lot of different factors such as the aesthetic, climate, the type of green roof and cost among other things.

Here’s a few popular options to keep in mind throughout the selection process:

This cute plant is loved by honeybees and tons of other little insects plus it’s also very low maintenance. It grows in shallow layer of soil which is perfect if you have an extensive green roof. It produces cute yellow flowers and it looks really nice on flat roofs.

If you want your green roof to come to life in spring then this is one of the best plants to cover it in. This lovely plants is covered in snow white blooms from April until June, letting the world know that nature is coming back to life. Its flowers are beautiful and delicate and the plants grow up to be 50 cm tall which adds height and volume to a green roof.

This beautiful plant is a succulent with bright green leaves and clusters of star-shaped flowers that are pink and red. It blooms in summer and its leaves retain lots of water, offering excellent fire protection to a green roof. It’s also a low-maintenance plant which thrives in poor, well-drained soil.

These plants are ideal for green roofs because they’re very tough and can even survive without soil. They’re alpine plants which grow in rocks and they come in several different varieties. They make beautiful flowers from June to August.

If you’re living in a hot region where it doesn’t rain a lot, the widow’s cross is one of the best plants for your green roof. It’s a drought-resistant plant which is able to thrive is conditions where most other plants would give up. It also looks beautiful, creating delicate pink and lime green flowers throughout spring and summer.

If you want a low-profile green roof that can stay fresh even in hot weather, consider covering it in Acaena plants. These form a a dense green carpet and have little textured leaves similar to those of roses. It flowers from June to September and it produces cute pink flowers.

This is a plant that thrives in shallow and well-drained soil and has dense coverage thanks to its numerous little leaves. It produces tiny flowers rich in nectar from May until August which attract insects.

One of the most sought-after and commonly mentioned advantages of green roofs is their thermal insulating ability. Of course, an architect, a structural engineer or a thermal insulation manufacturer would be able to provide accurate and descriptive information about your specific needs and requirements and you should consult a specialist to better understand the subject.

As a general idea however, when discussing the thermal insulation of a green roof a few elements should be taken into consideration. One of them is the intended use of the roof. There’s a different between a green roof meant to serve as a terrace and one designed purely for aesthetic reasons. It also depends on the type of green roof you opt for.

What those numbers mean is that the compression should not exceed 1.5% for compression creep and 2% for thickness reduction over 25 years under a stress of 50 kPa in the case of green roofs.

Of course, in order to fully understand these technical details you should be familiar with the different parts of a roof as well as several other terms and details which architects and structural engineers can help with.

The energy performance of green roofs

Energy performance is another major advantage often associated with green roofs. This applies to both individual structures and mass use of green roofs, especially in cities. It is however difficult to put a number on the potential energy savings a green roof can offer because there’s lots of variables which can influence that.

Numerous studies have compared the energy performance of green roofs and other conventional systems and you can have a look at the results to get a better idea of what the actual benefits of green roofs are in certain situations. For example, a study done in Ottawa shows that the average air conditioning demand for a conventional roof is somewhere between 20,500 BTU and 25,600 BTU while a green roof reduces the demand to less than 5,100 BTU.

Similarly, a study done in Germany in an area with flat roof buildings shows that there’s  3-10% winter savings on fuel bills in the case of structures with green roofs. The results of the study over 5 years show that there’s a minimum saving of 2.0 kWh/m2 and maximum saving of 6.8kWh/m2 during the winter.

Some examples of beautiful houses with sloping green roofs

The HillHouse With Slope Green Roof by Snegiri Architects 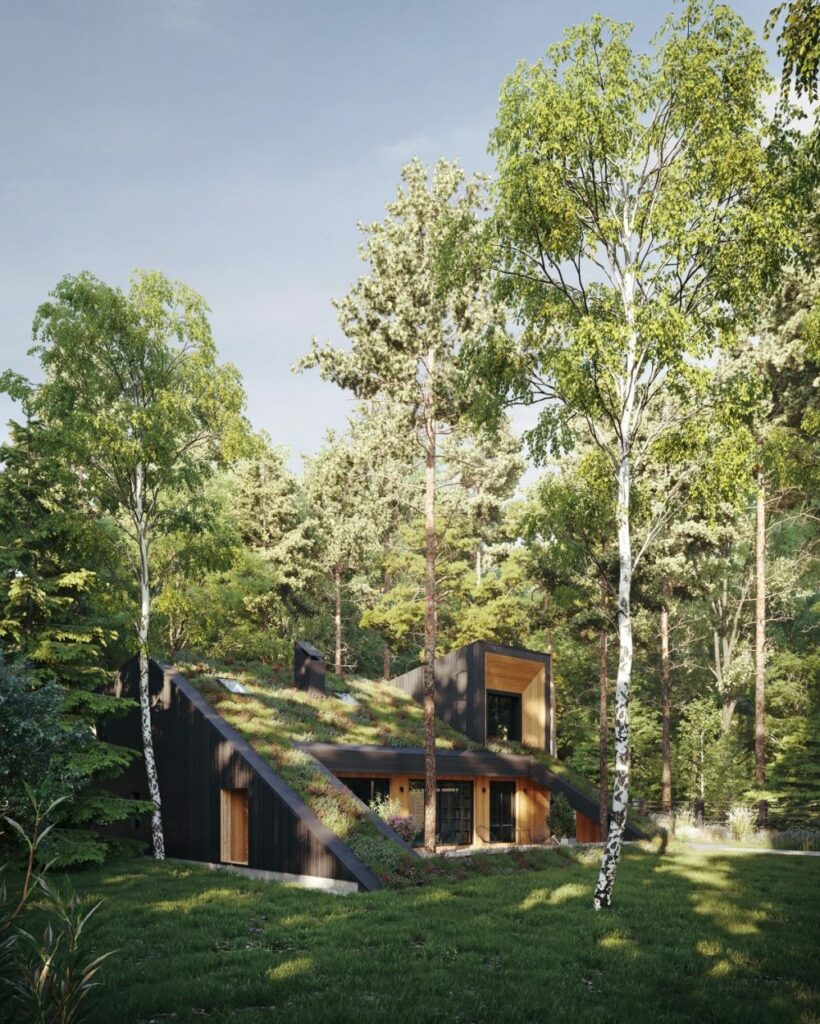 The HillHouse is a project developed by studio Snegiri Architects and it consists of a beautiful and modern little house surrounded by dense forest. The main defining feature of the house is its sloping green roof which is covered in plants like stonecrops and wild chamomile which form a beautiful green carpet.

The roof slopes down to the ground at the front of the house while the back of the structure is in comparison fairly simple, with dark wood cladding that gives it a sleek and modern appearance.

The front of the house has large windows and glass doors surrounded by light wood accents which contrast with the dark siding featured on the rest of the structure. The sloping roof also frames a lovely front porch area with a tall tree growing right through it.

Located on the Colorado River shore, the Edgeland Residence is a beautiful expression of contemporary architecture taken to a new level. The origin of the inspiration for its unusual design is the native American pit house. The talented team at Bercy Chen studio created a contemporary interpretation based on the pit house which is typically sunken into the ground in order to benefit from the thermal insulation properties of the soil.

One of the key design elements in this case is the sloping green roof which helps the house stay cool during summer and warm and cozy in the winter. At the same time, the green roof establishes a strong relationship with the immediate natural surroundings and with the landscape in general, helping the house blend in naturally and seamlessly.

The house also features expansive glazed surfaces which let the natural light in and expose the interior to the beautiful surroundings. From a structural point of view the spaces are divided into two separate sections connected by a central outdoor deck linked to a really cool-looking, triangle-shaped infinity pool.

Aptly named The House Behind the Roof, this home from Poland features a massive green roof that completely takes over the entire structure. It was designed by studio Superhelix Pracownia Projektowa. The sloping roof is so big that it actually conceals one-half of the house entirely. Oddly enough, the green roof can only be seen on one half of the house while the other half has a more traditional sloping roof with solar panels on it.

The Entire northern side of the house looks like a massive ramp with green carpet on it and from a distance it allows the house to disappear into the landscape, becoming one with the beautiful green field behind it. The house itself has a barn-inspired design , featuring laminated timber cladding and large windows and doors which expose it to the exterior.

The massive sloping green roof is larger than it actually needs to be and also extends to the sides, creating a protective cover for the outdoor social areas. The visible underside parts of the roof are decorated with timber panels which create a cool geometric pattern.

This beautiful structure is the holiday home that studio KRADS designed and built for a couple of musicians who wanted a tranquil retreat where they could relax and enjoy the views. The house is situated on the edge of a lake in Iceland and has a series of sloping green roofs which help it blend in with the landscape and become camouflaged among the lush hills that surround it.

The design of the house is simple and modern, featuring a sturdy concrete foundation and three staggered volumes that follow the shape of the land. The exterior walls are covered in black wood siding which contrasts with the moss and grass on the green roofs as well as with the vegetation surrounding the house.

Large sliding glass doors and windows reveal the magnificent view of the lake from inside the house and also allow a smooth and easy transition between the indoor and the outdoor areas, creating a strong relationship between the house and its beautiful natural surroundings.