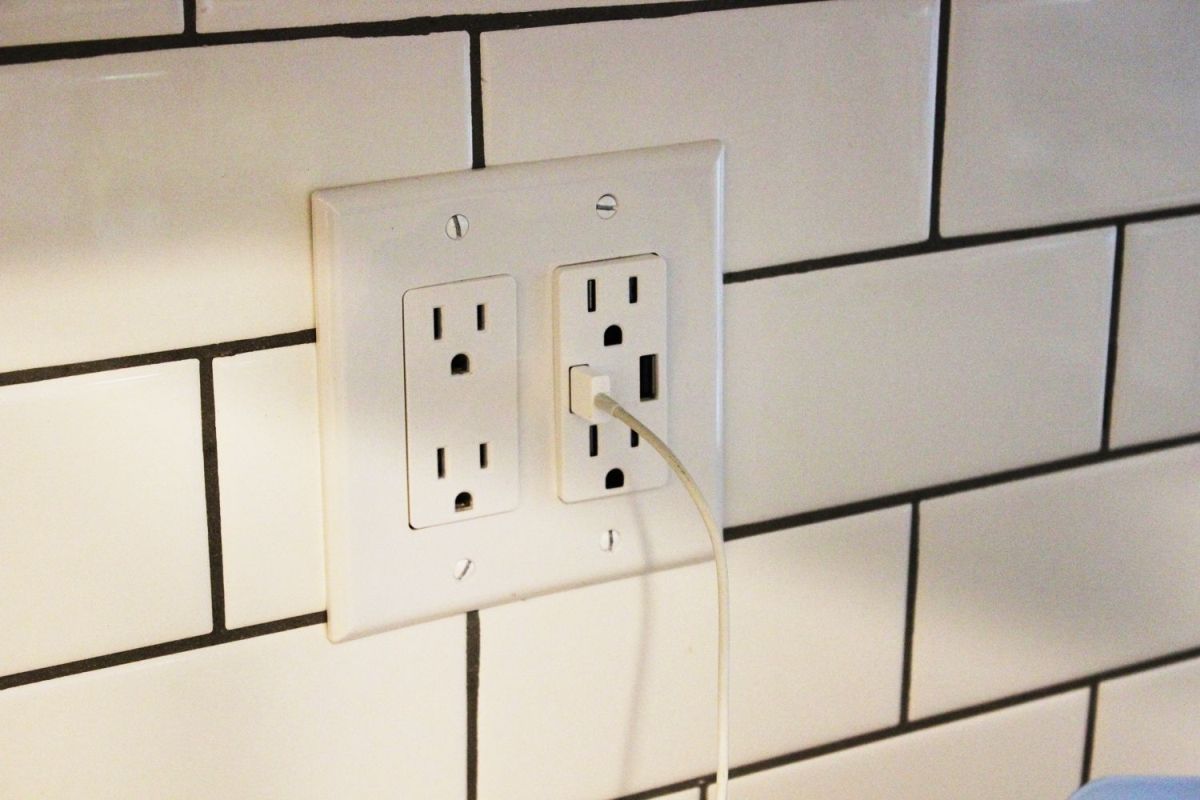 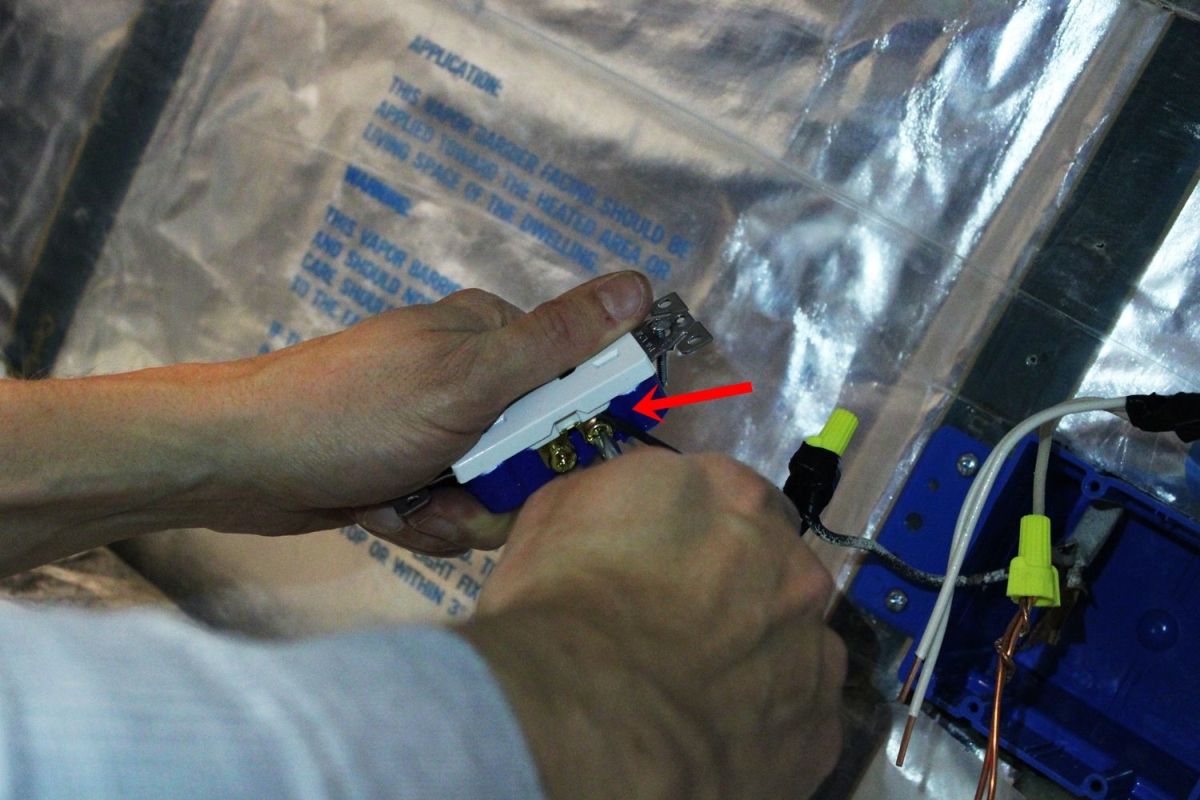 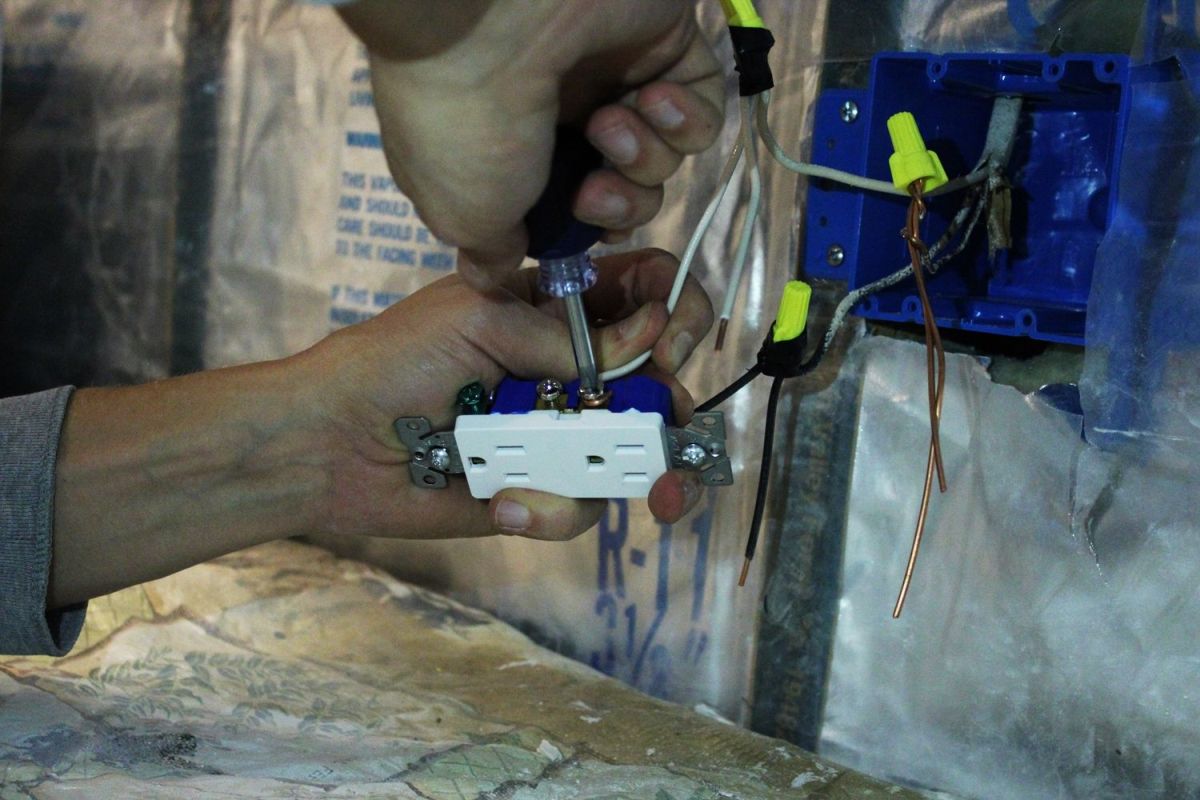 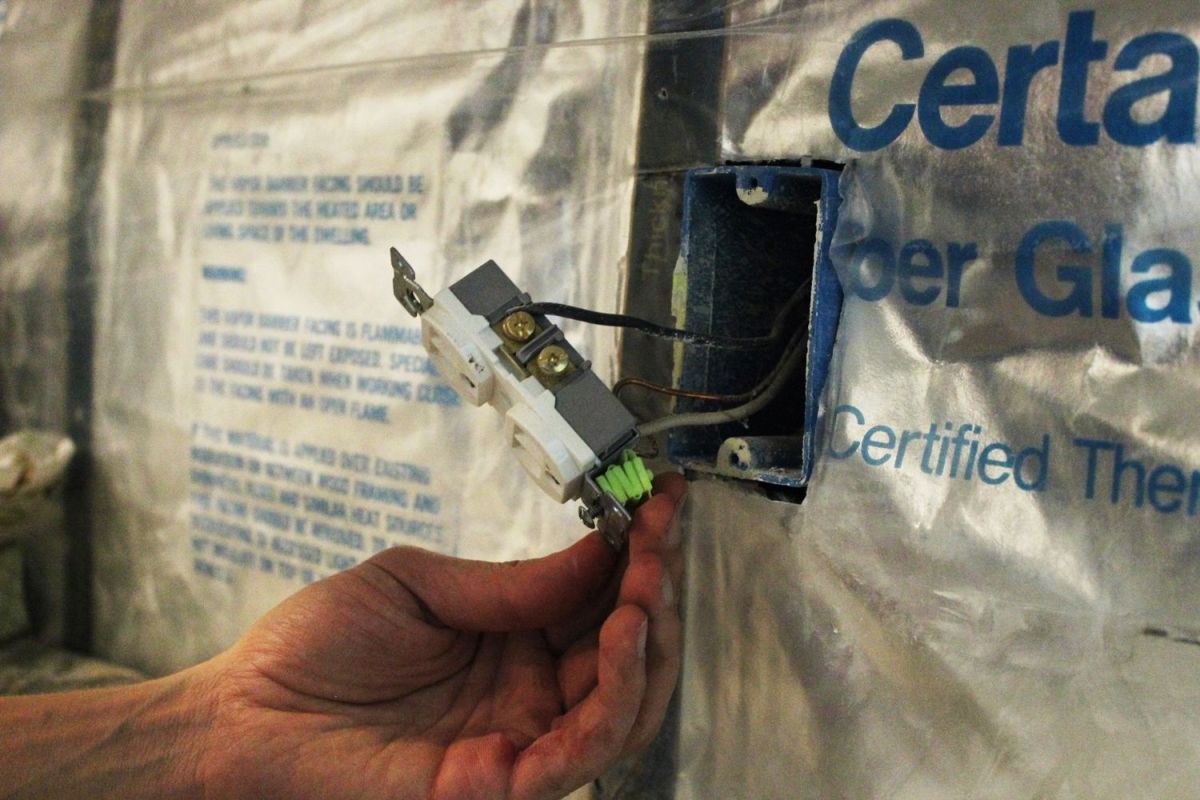 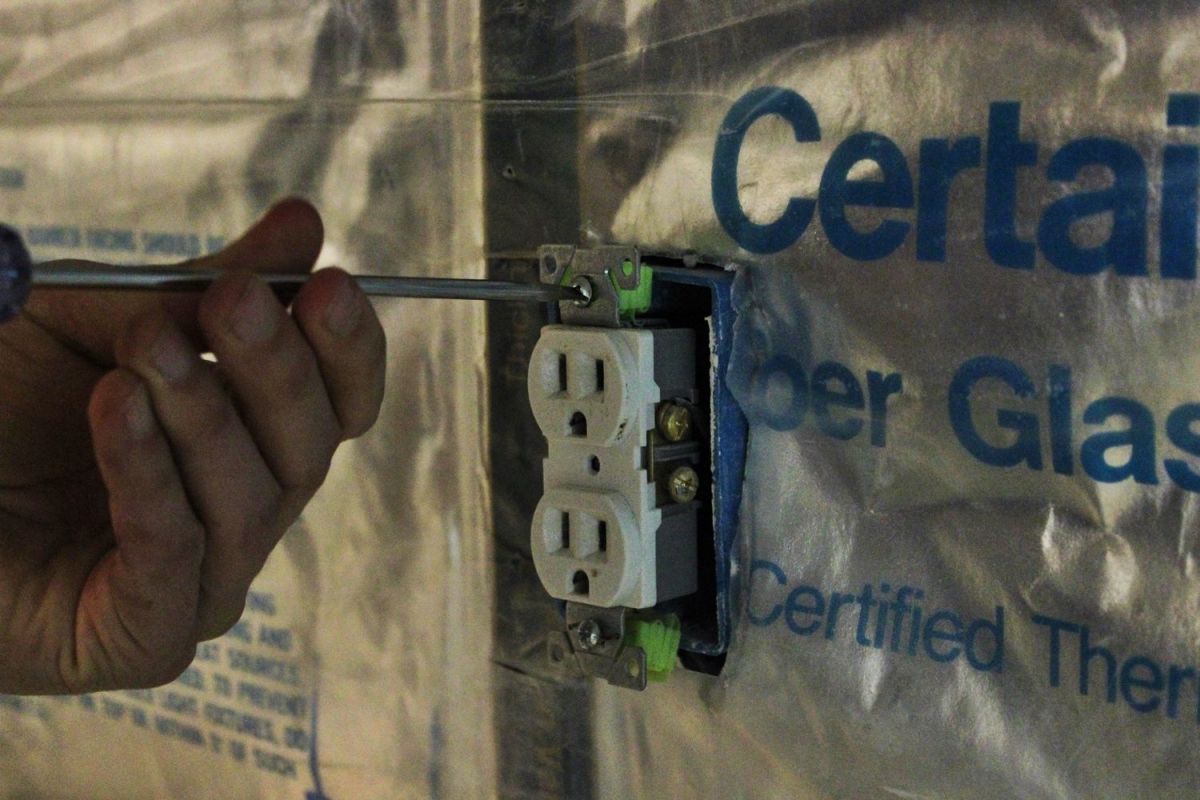 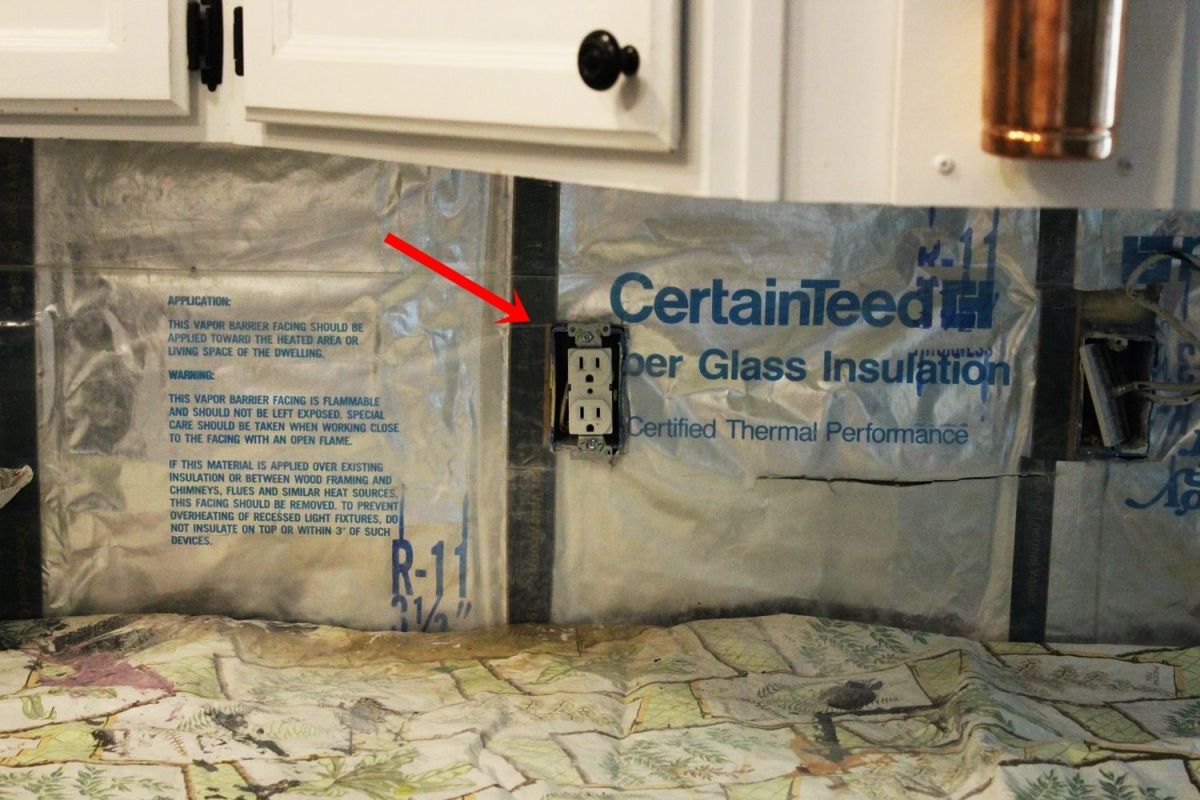 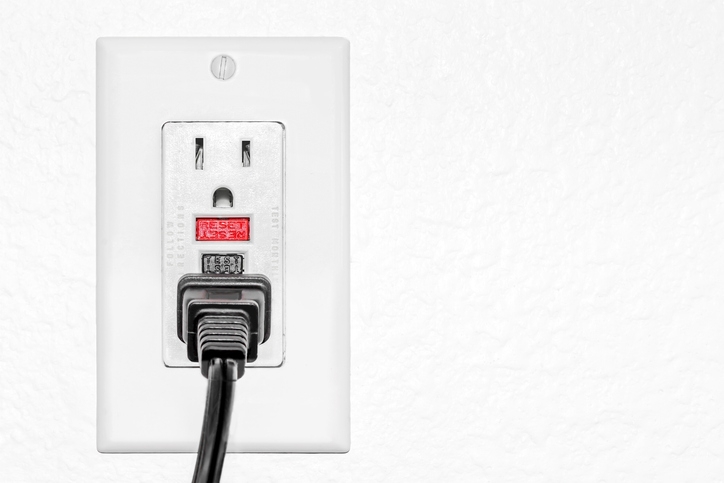 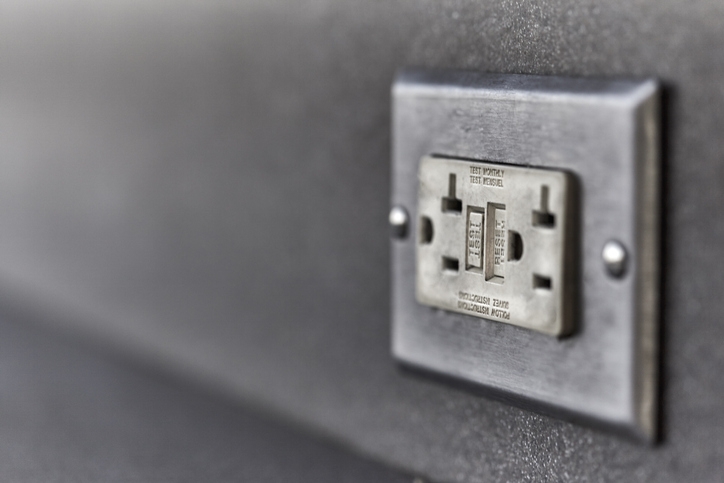 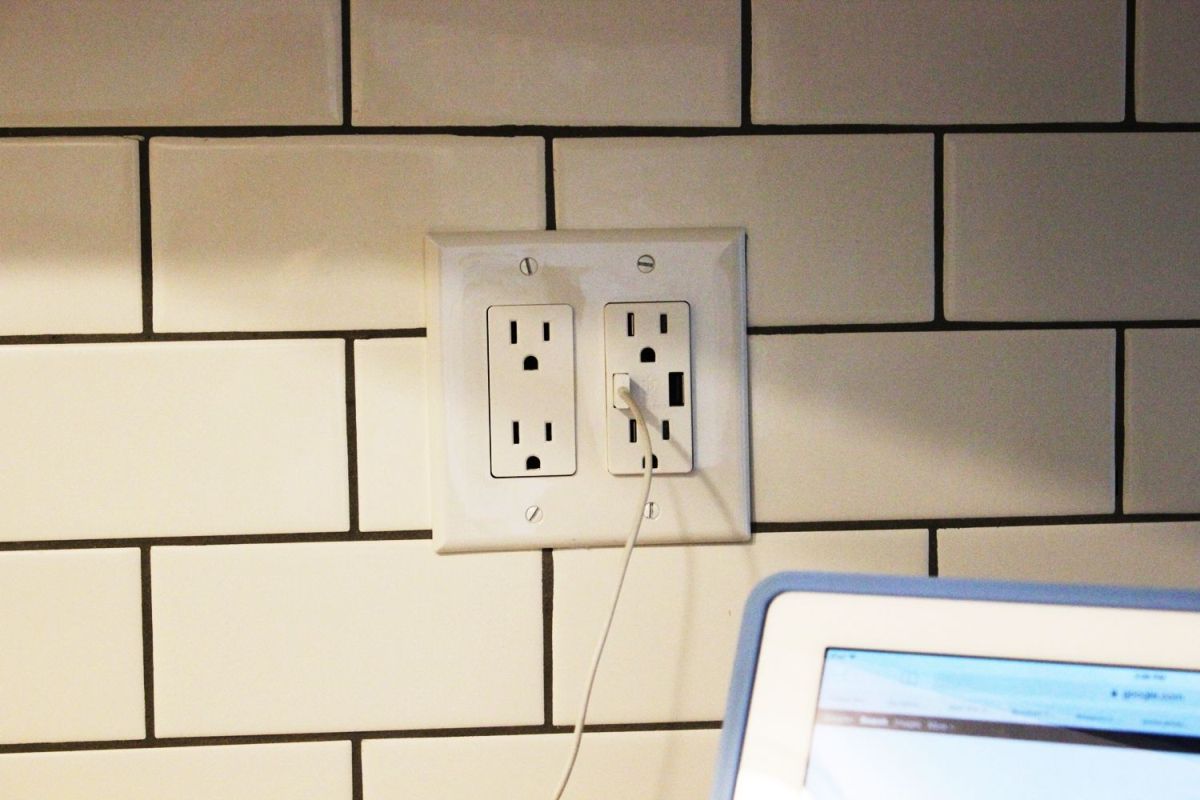 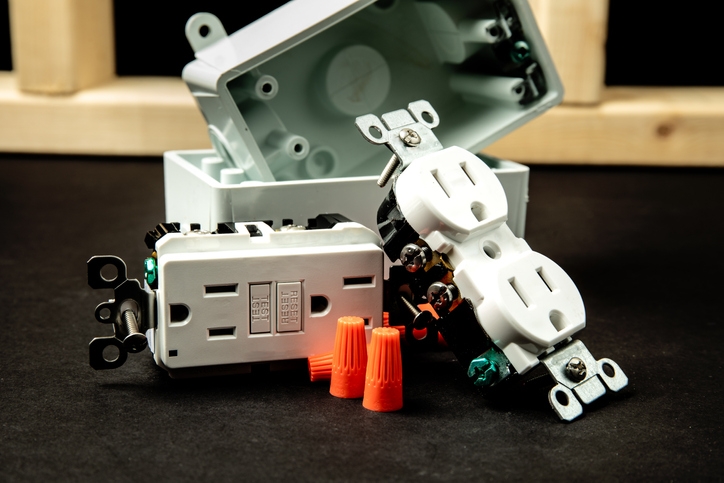 When it comes to decorating, you probably have things under control. But when it comes to wiring and choosing outlets, don’t worry if you are at a loss. Most people don’t know the first thing about wiring.

For example, have you ever heard of a GCFI outlet? Maybe not, but you have probably seen them before. They are often seen in bathrooms over sinks with two buttons on them, the reset button and the test button.

Their purpose is clear and effective, and important enough that we all learn more about them. When your electrician is installing outlets, ask them if they can use GFCI outlets where necessary, and you’ll soon understand why.

What Is A GFCI Outlet?

GFCI stands for ground fault circuit interrupter outlets, a specific kind of outlet. They are designed to shut off in an emergency and be much less likely to shock someone than standard outlets in everyday life.

A ground fault is when electricity makes its way to the ground unintentionally. This happens when the electrical current escapes the insulated wires and finds another conductor. Not long ago, this meant imminent danger.

The GFCI outlet was created to prevent that current from electrocuting a human. A standard household outlet has two, three-prong plug-in slots. The GFCI outlet also does, but a “TEST” button and a “RESET” button are added.

These buttons allow the current to be monitored and contained. So it’s a good idea to press the reset button at least once a month to keep it operating. The test button can test the shutoff to the outlet.

Yes, the GFCI will still shock you but it won’t let you stay electrocuted. You will receive a short shock, possibly, but the outlet can stop the current if you are in danger and has proven to be effective in doing so.

Is A GFCI Receptacle Different?

In short, no, a GFCI receptacle is the same as a GFCI outlet. A receptacle is always an outlet but an outlet is not only a receptacle. The two definitions can help you see the slight difference in using the terms.

The word outlet is a broader term than the word receptacle. Take a look at these two simple definitions to help you find out which term to use. When in doubt, use the word “outlet” instead of “receptacle.”

Outlet: a point in an electrical circuit from which current may be drawn. The entire box can be considered an outlet, even if it has multiple plug-ins. You can still use the term outlet to describe this box.

Receptacle: an electrical outlet into which the plug of an electrical device may be inserted. This is a term you can use for each single “outlet” where you can plug stuff into. This is more of a singular term.

The National Electric Code (NEC) mandates that electrical outlets that are in close proximity to water always be GFCI. This is easy to understand but there will always be exceptions. For example, in older homes.

Homes that were built before GFCI outlet regulations won’t have these rules most of the time. But it is always recommended that you install them anyway because it will be much safer to do so than to leave the old ones.

Where To Install GFCI Outlet

Don’t be afraid to install standard ones when it is in a low-moisture area but always be on the safe side of things when there is moisture. Even in basement, where there isn’t direct water flows but there is a likelihood of moisture building up.

Installing the GFCI outlet the first time should only be done by a professional electrician. But if you already have one installed, then you can replace it fairly easily by following simple instructions. Just always be very careful.

General knowledge of outlets, electricity, and wiring is important but it only needs to be basic. However, never hesitate to call an electrician if you are ever unsure when you get to a certain step, or from the beginning.

This step is the most important step because, without it, you most definitely will injure yourself. So the first thing you should do is shut off the power to the outlet. Go to your breaker box and find the correct switch.

Try plugging something into the outlet before you begin to ensure it is working. Then, turn the switch you believe is correct off and try again. This is how you can test to see if you got the right switch and have turned the power off.

You need to remove the outlet cover to begin working on the outlet. So use the appropriate screwdriver and remove it. At this point, you want to keep a voltage detector nearby to make sure everything you touch is clear.

These are fairly easy to use. If you hold it next to a hot wire, the light will flash. There are different versions but this is the basic version. Always keep one with you when working with wiring or electricity.

Remove the old outlet from the outlet box using a screwdriver. It will probably be a Phillip’s screwdriver but go ahead and make sure by checking the type of screw that is holding the outlet in the box.

There are usually two screws at the top and two at the bottom. When you remove these screws and pull the outlet out a little, you’ll notice all that is holding the outlet in are a few wires. This is when things get a little more complicated.

Remove the three attached wires, taking note of which ones go where. The screws may also be different colors if they haven’t been replaced before. Normally, the color-coding goes something like this.

Attach the new GFCI outlet in the same way you disconnected the old outlet, using the color-coded method we have just discussed.  There should also be two additional screws on the bottom sides of the new outlet.

There should be tape on them, but do not remove the tape. They are not needed right now and should only be used by an electrician who knows what they are doing. If that is you, then carry on, you already know what they are for.

Attaching the outlet should be fairly easy. You just attach the wires as you disconnected the old ones and then screw the box in. Remember, leave the tape on, it won’t hurt anything. If you are curious, contact an electrician.

If you are replacing a standard outlet with a GFCI one, you may need a new outlet cover, but the box should still work. So make sure you have a new outlet covert before you start that is made for this type of outlet.

After the cover is back on, you can turn the power back on to the outlet. Then, press the “Reset” button on the front of the GFCI outlet. Finally, plug something into it that will let you know if it is working or not.

For an even better test, plug something in that runs continuously then press the “Test” button. This will let you know if everything is working properly. The test button can be used in an emergency.

Again, I always recommend hiring a professional if you can afford it. Not only will they let you rest easy knowing everything is done properly, but they will also teach you something you don’t know.

However, it is best to contact them beforehand and ask if they let you sit in on the lesson. Some electricians prefer to work quickly and in private. So ask ahead of time to ensure you can learn from them.

If they won’t let you and you don’t care about that, then go ahead and hire them. Just check with reviews first to make sure there haven’t been any mishaps. Because there’s no room for mistakes when it comes to electricity.