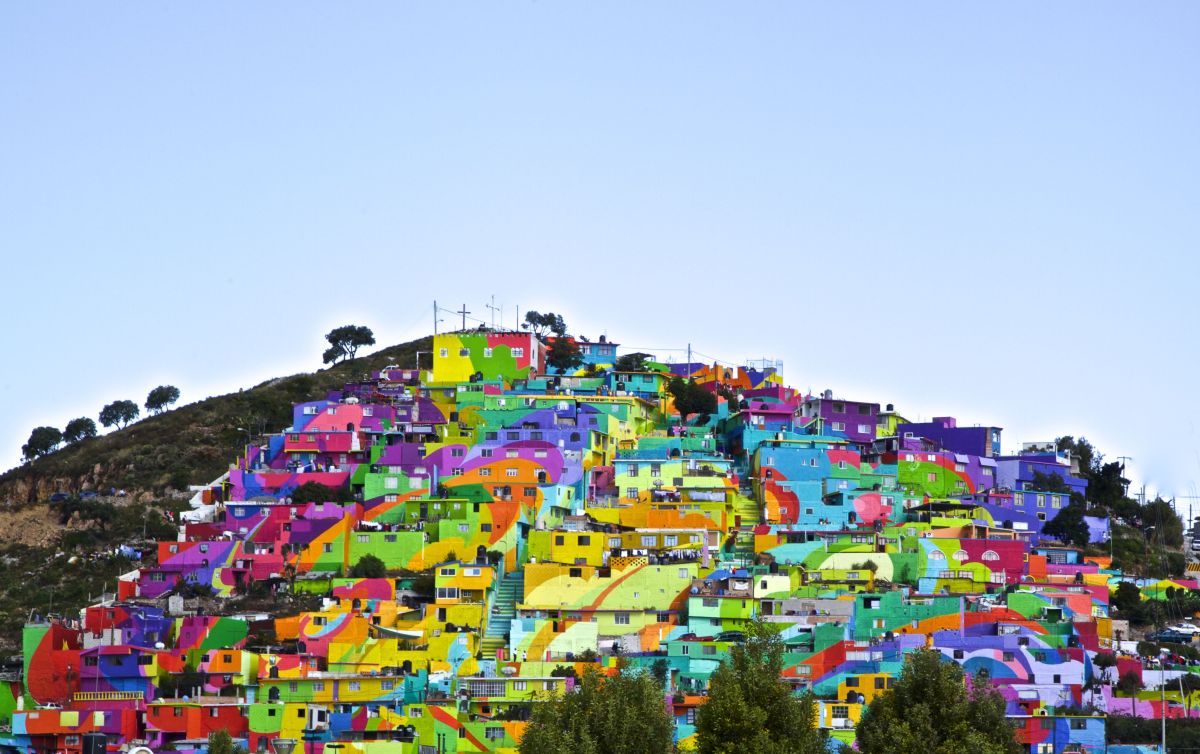 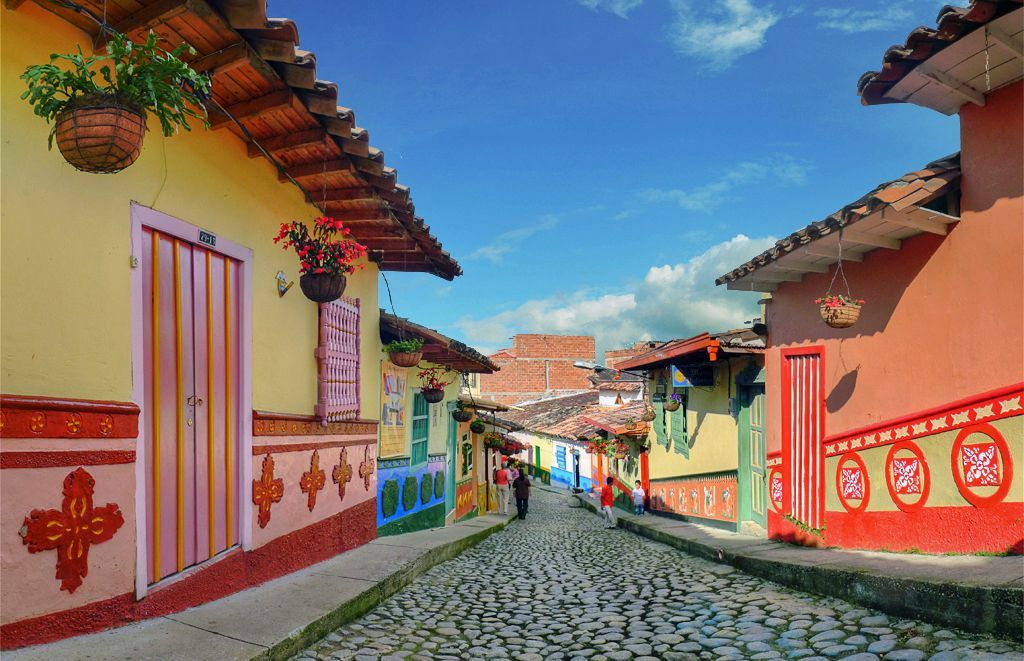 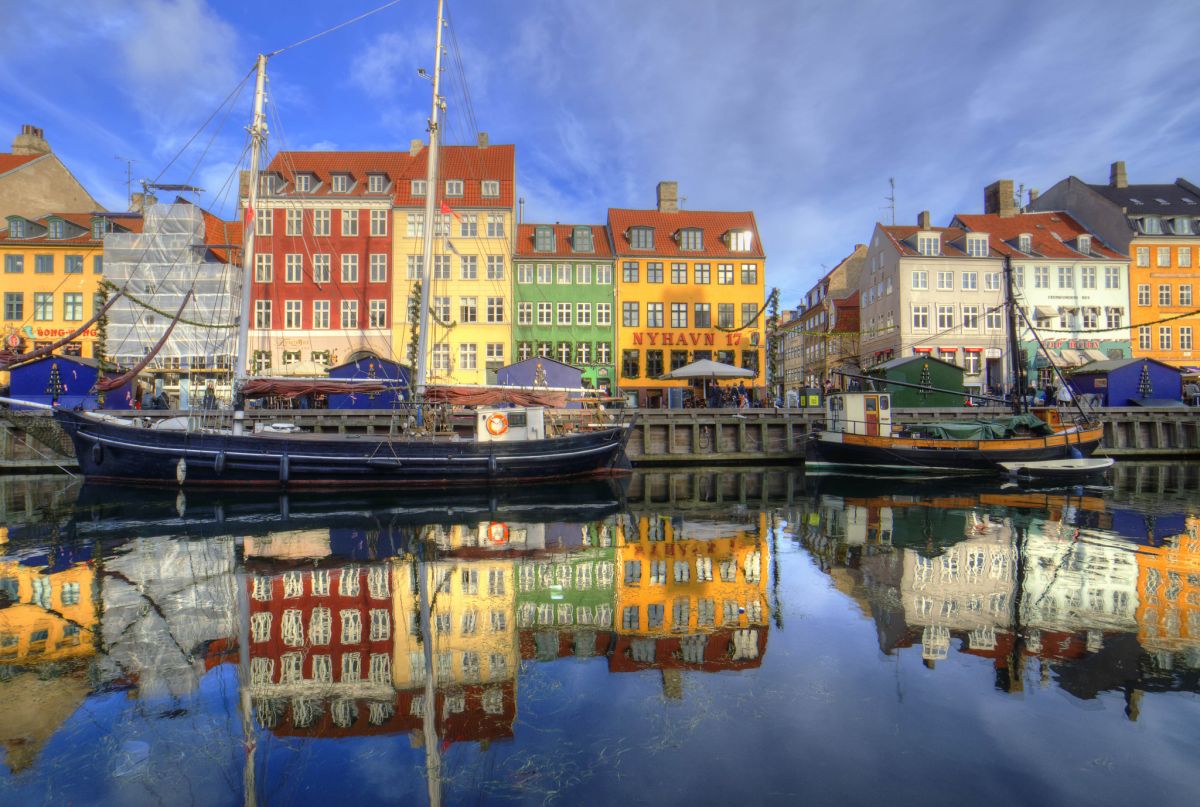 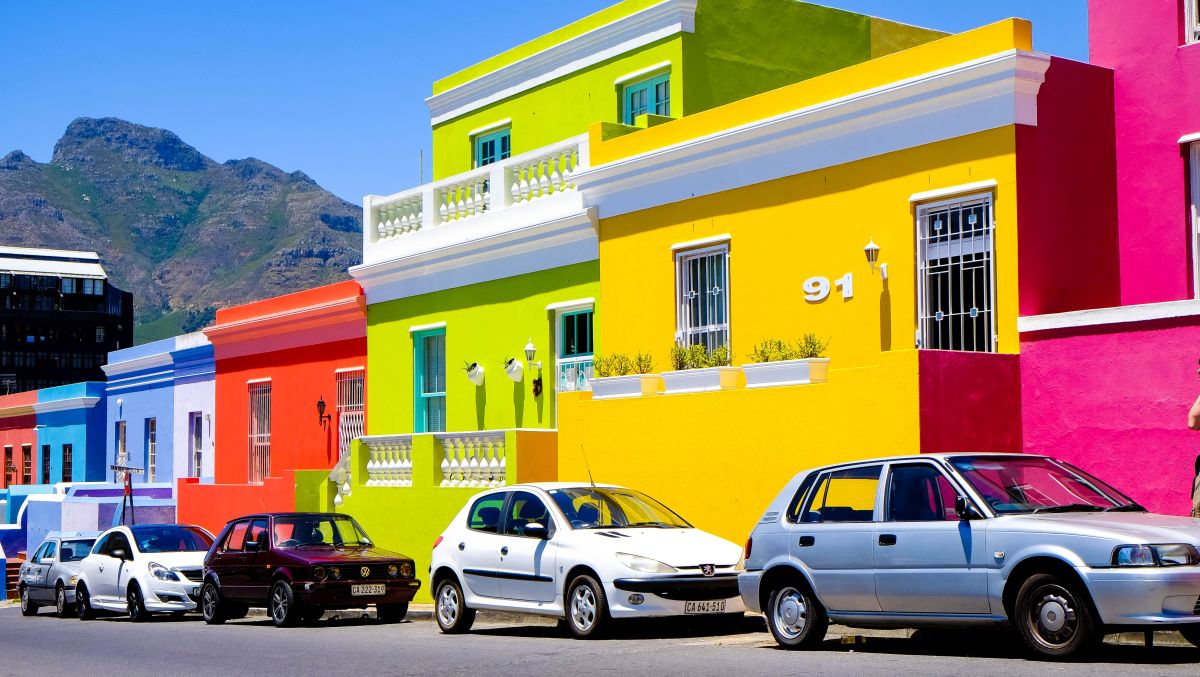 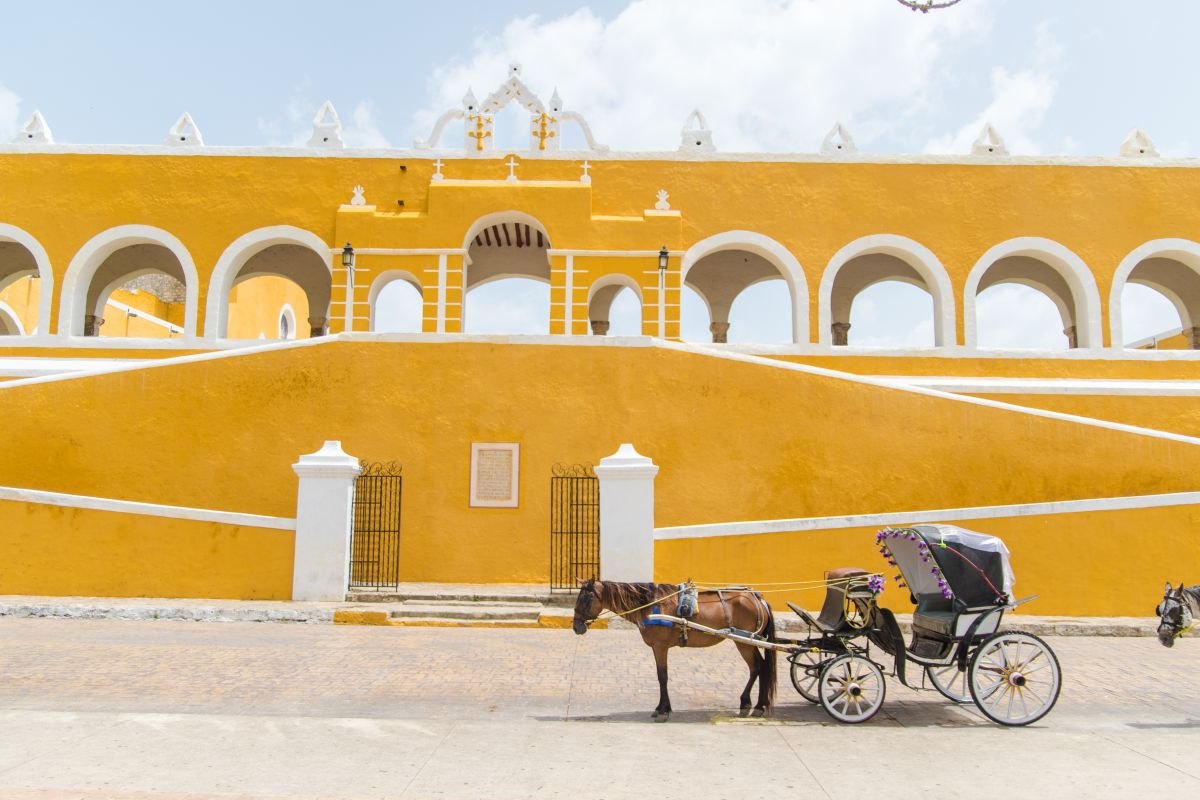 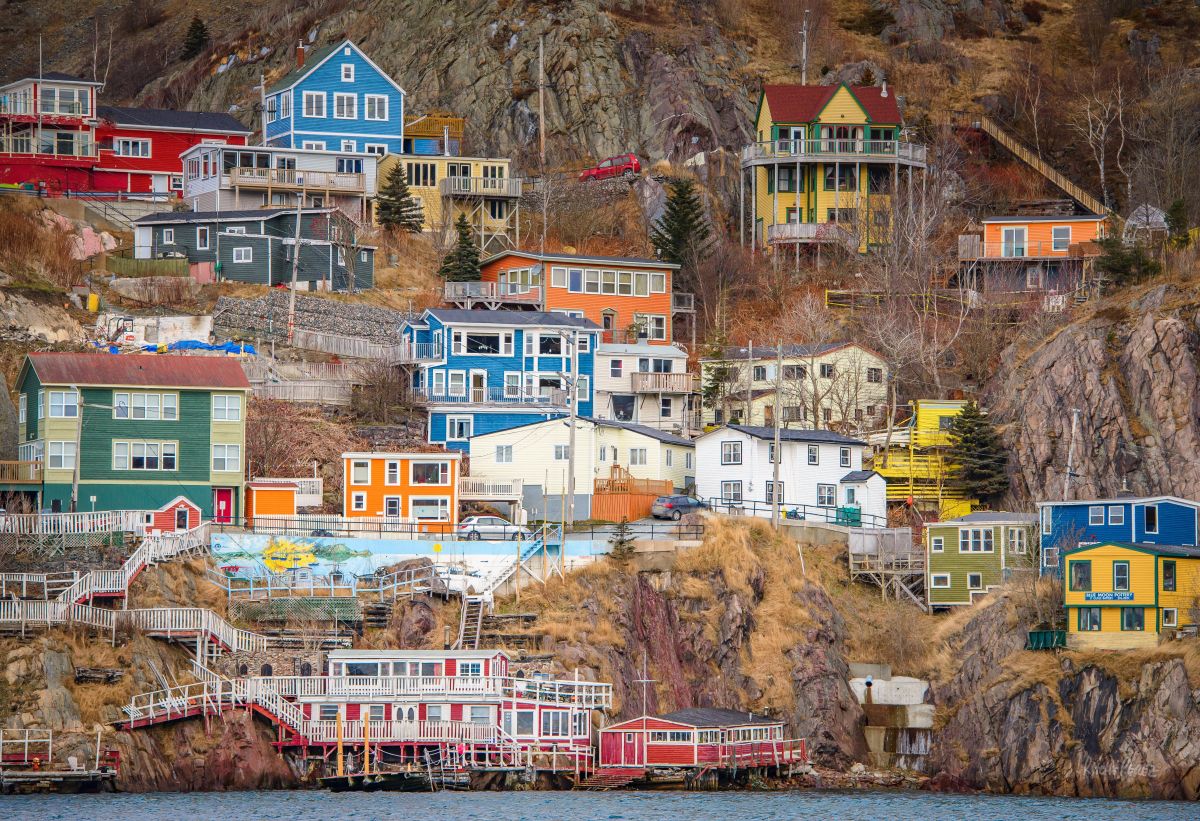 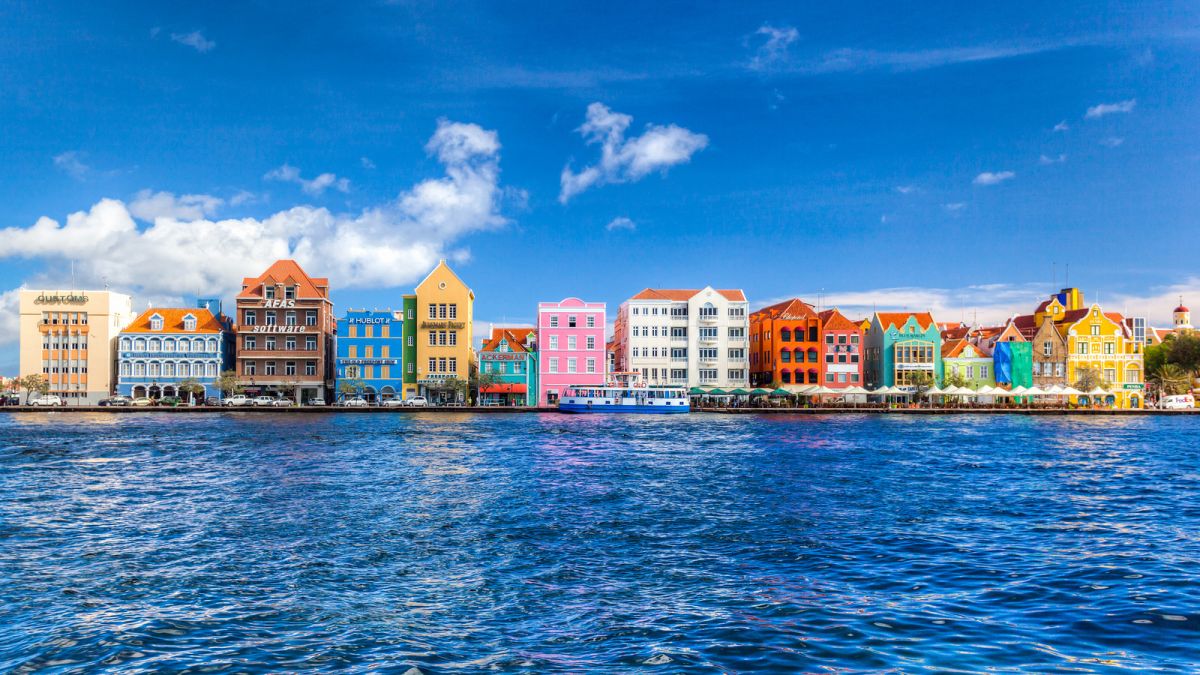 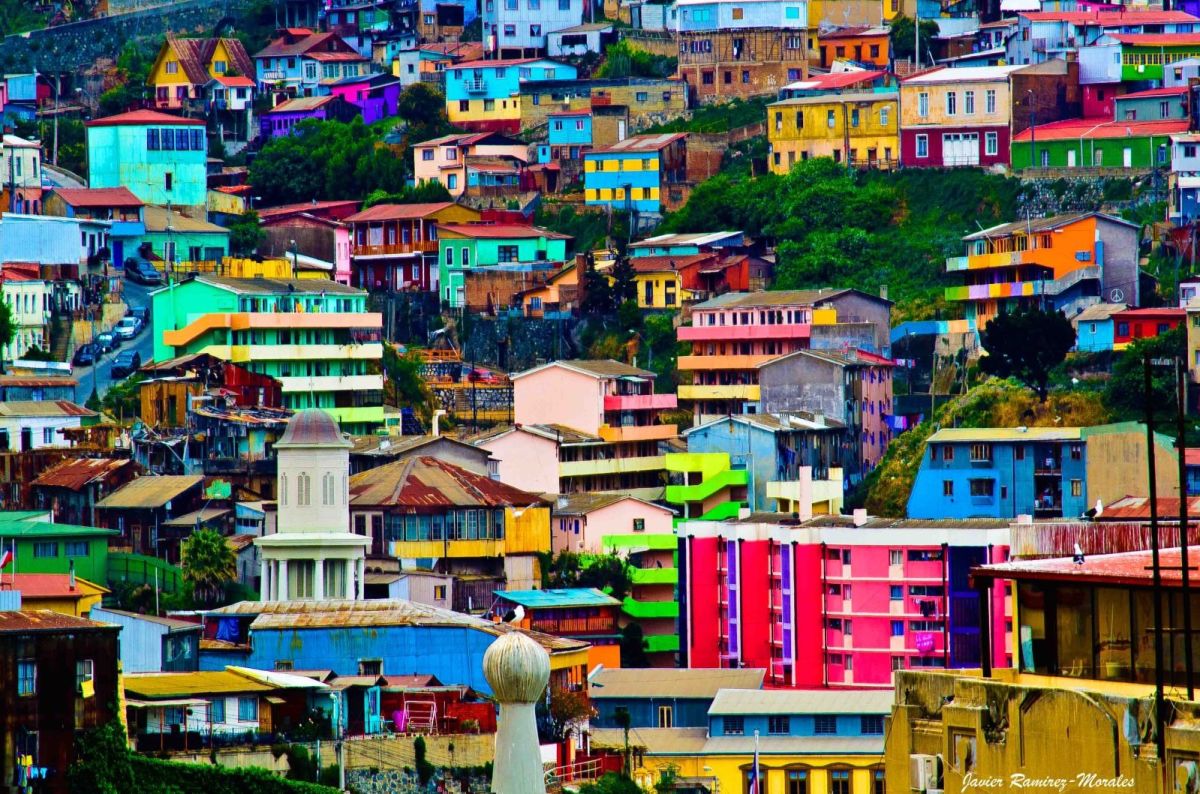 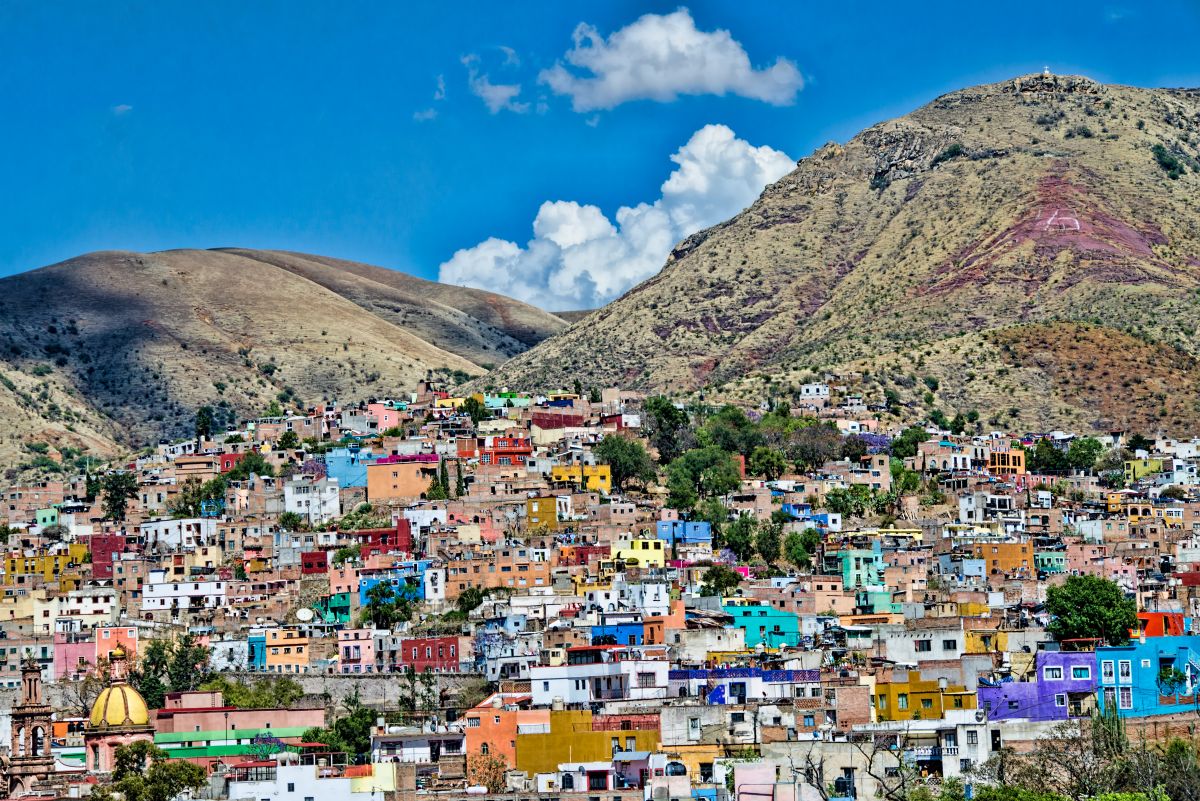 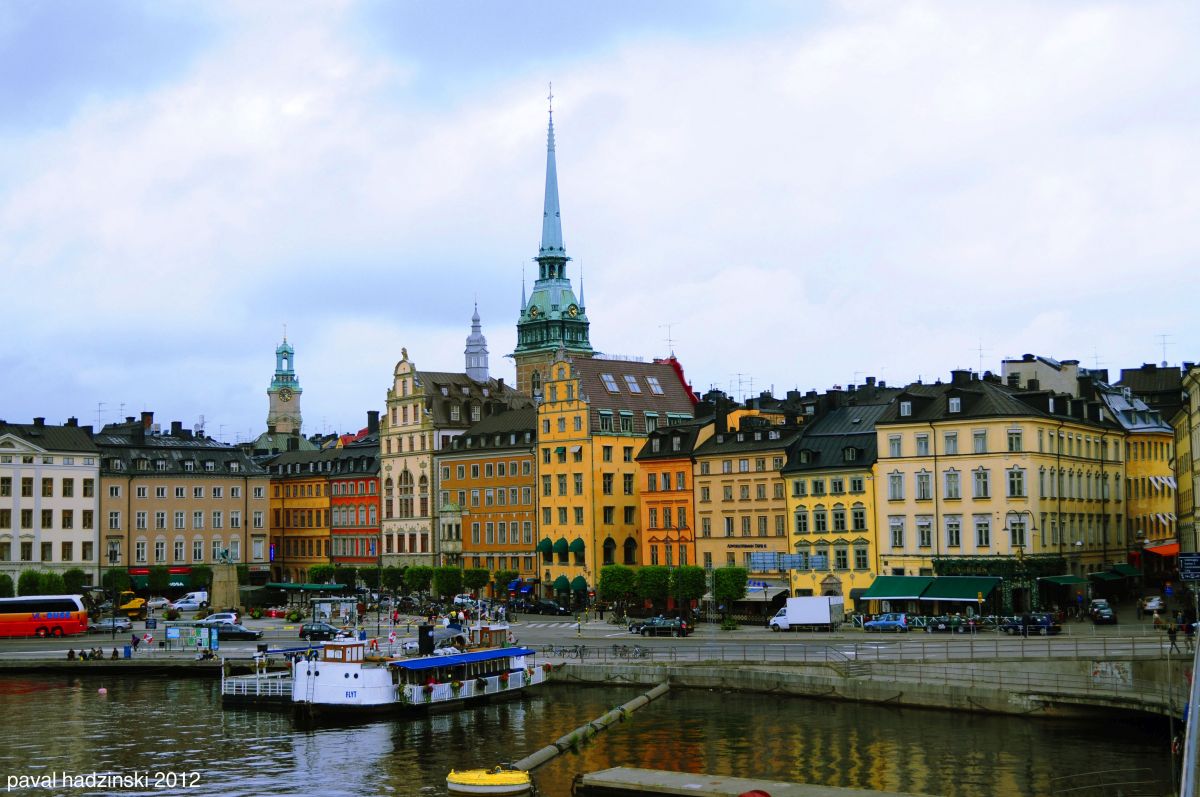 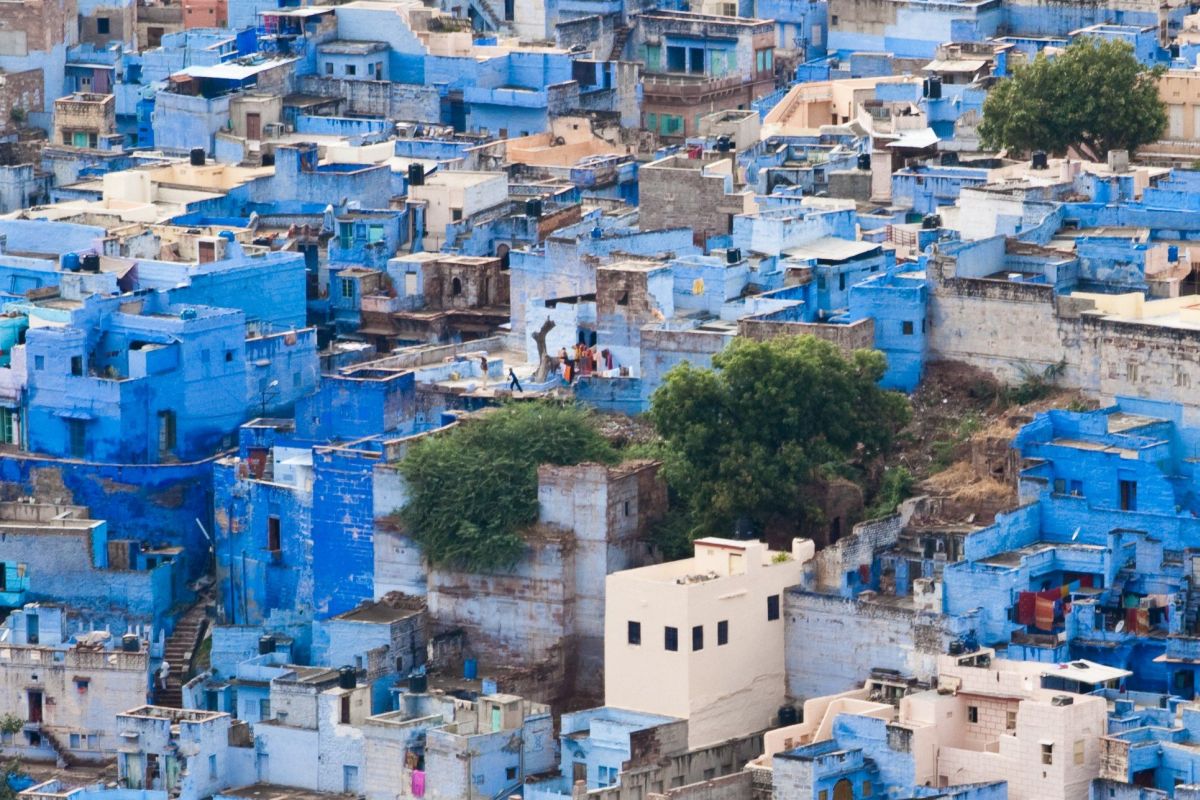 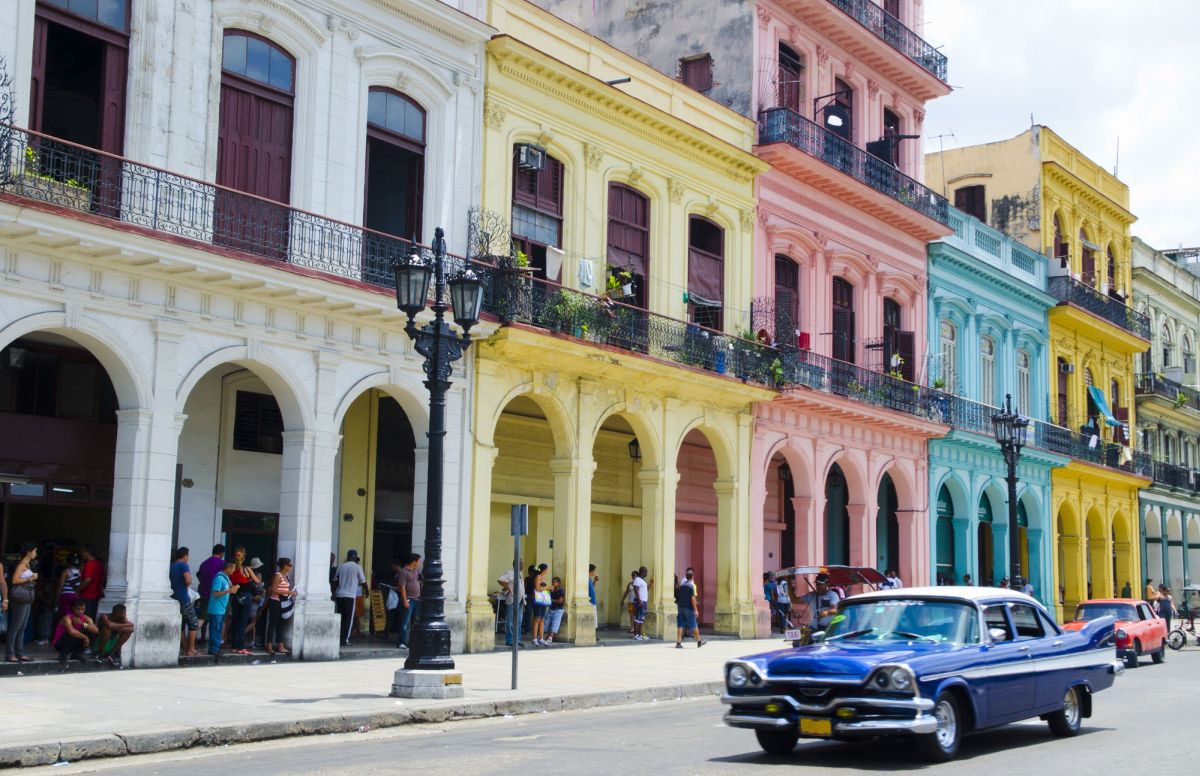 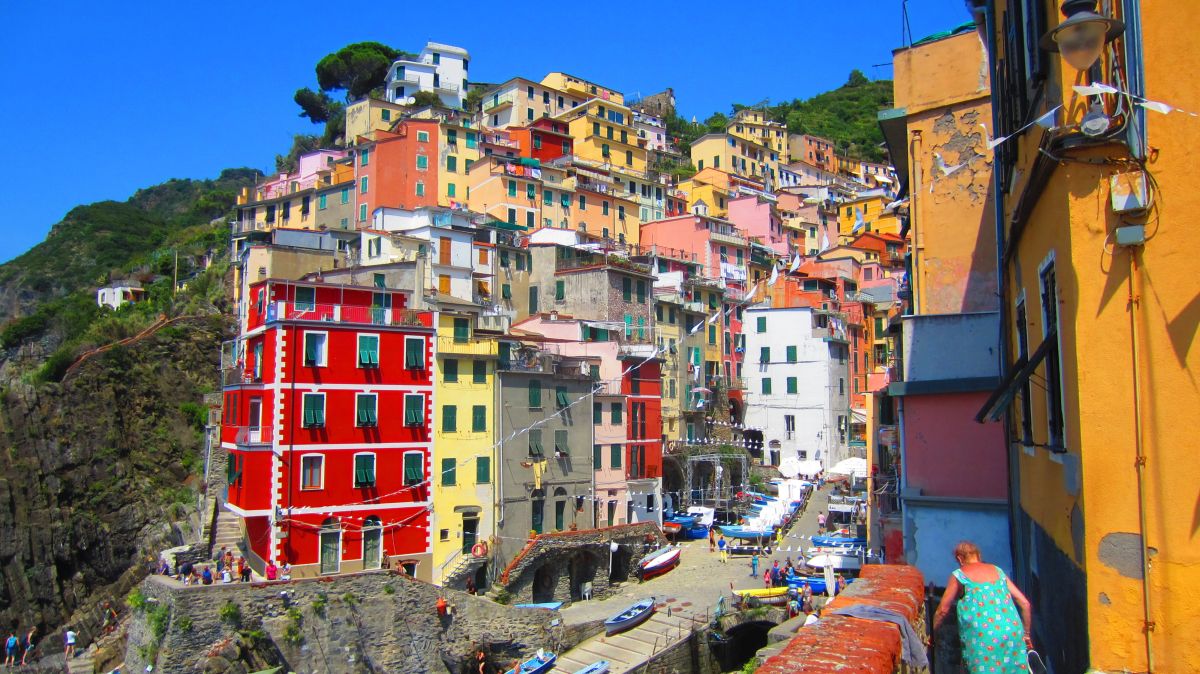 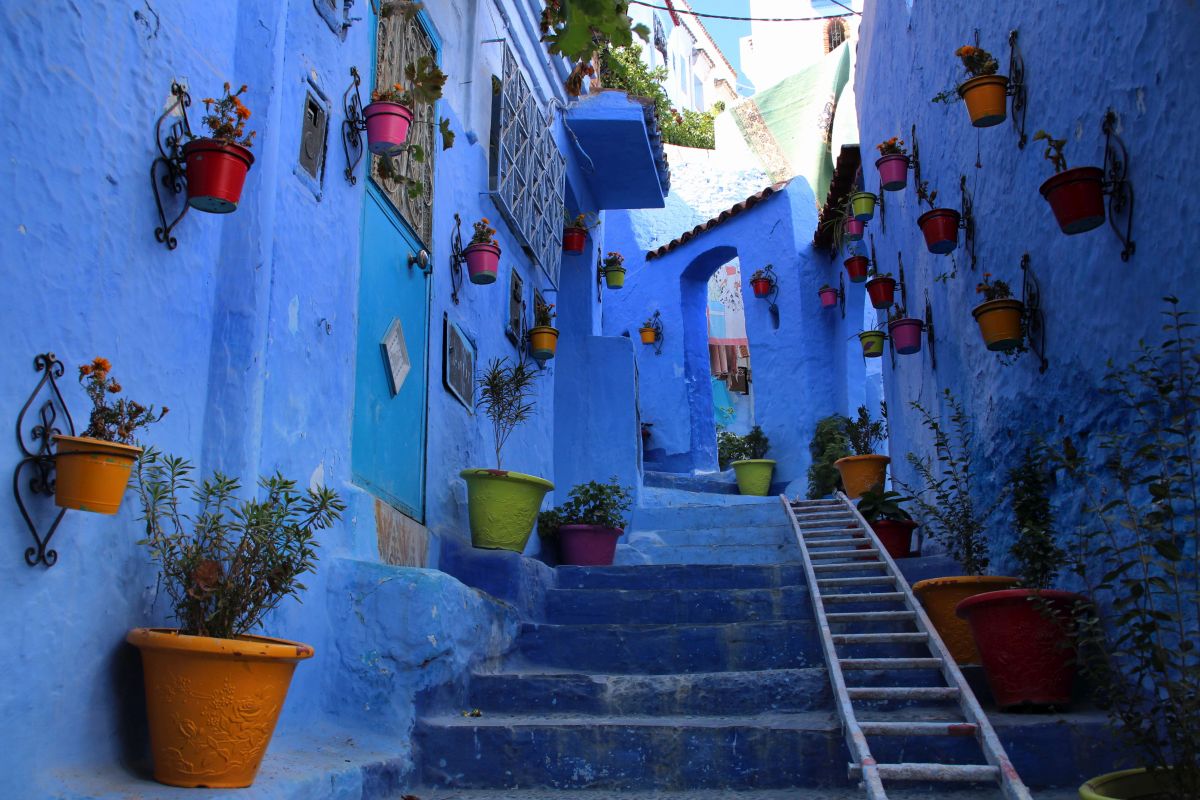 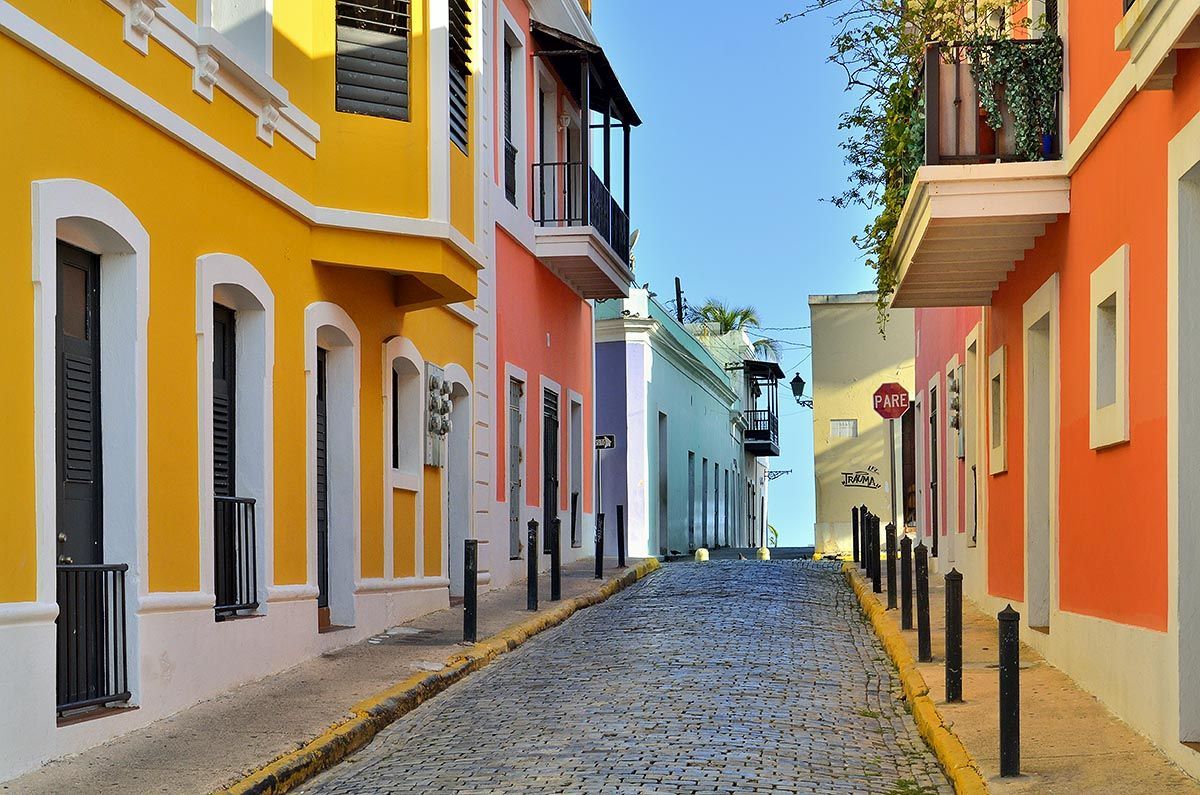 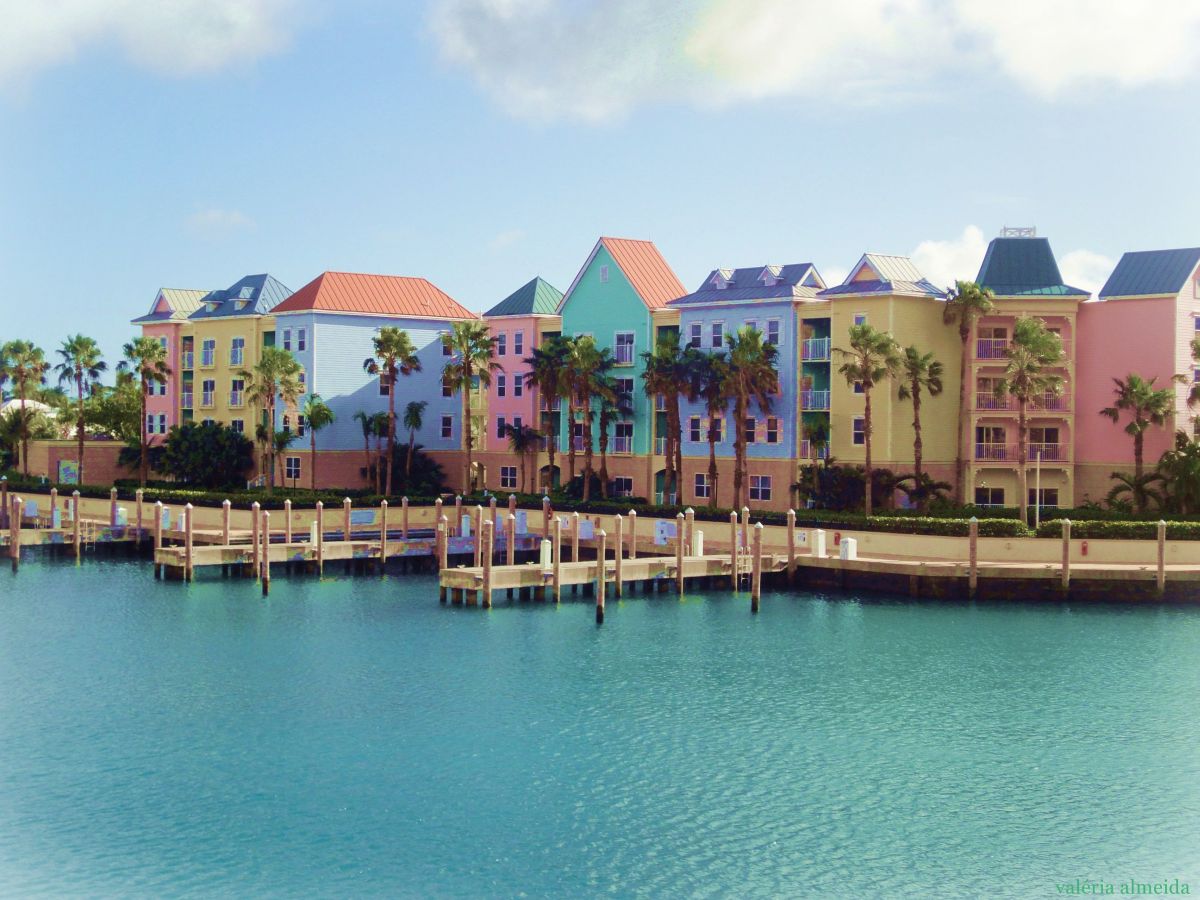 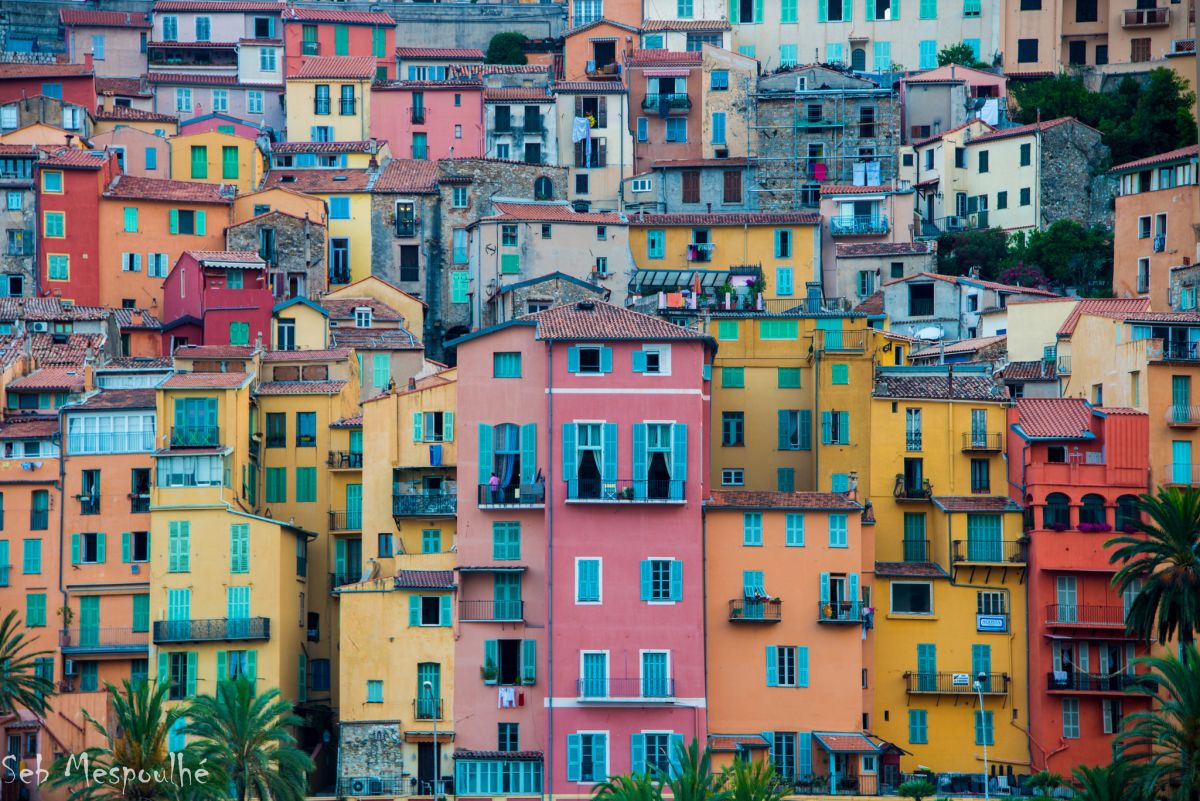 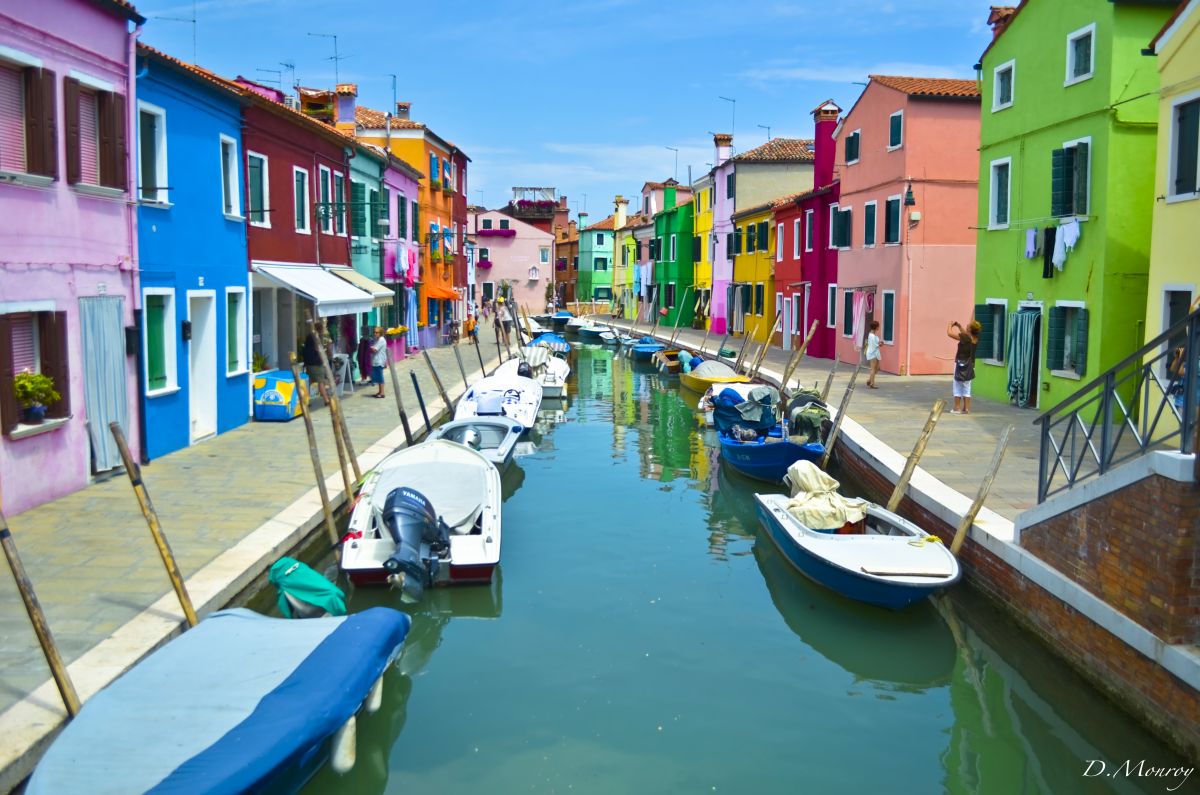 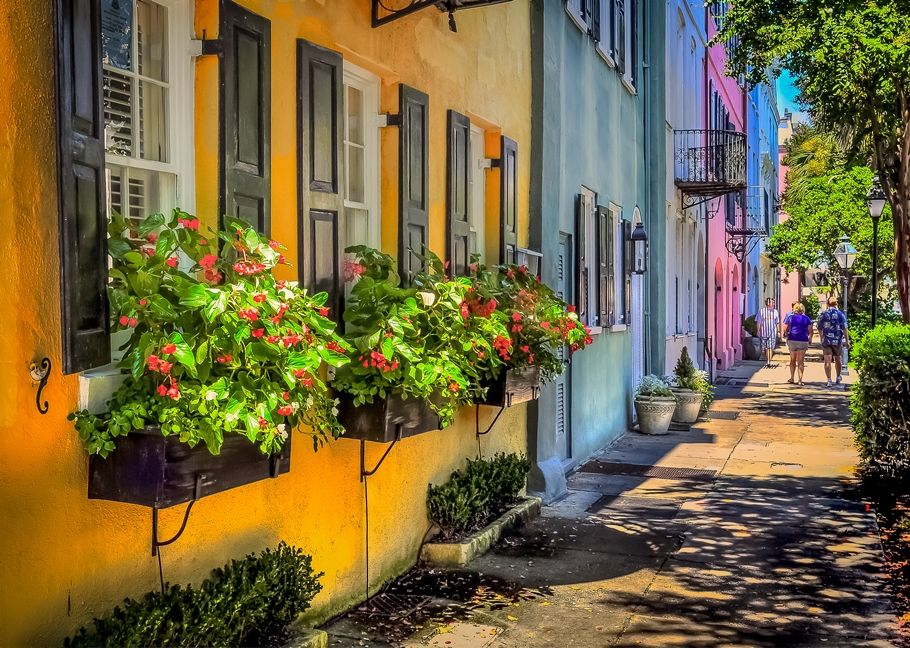 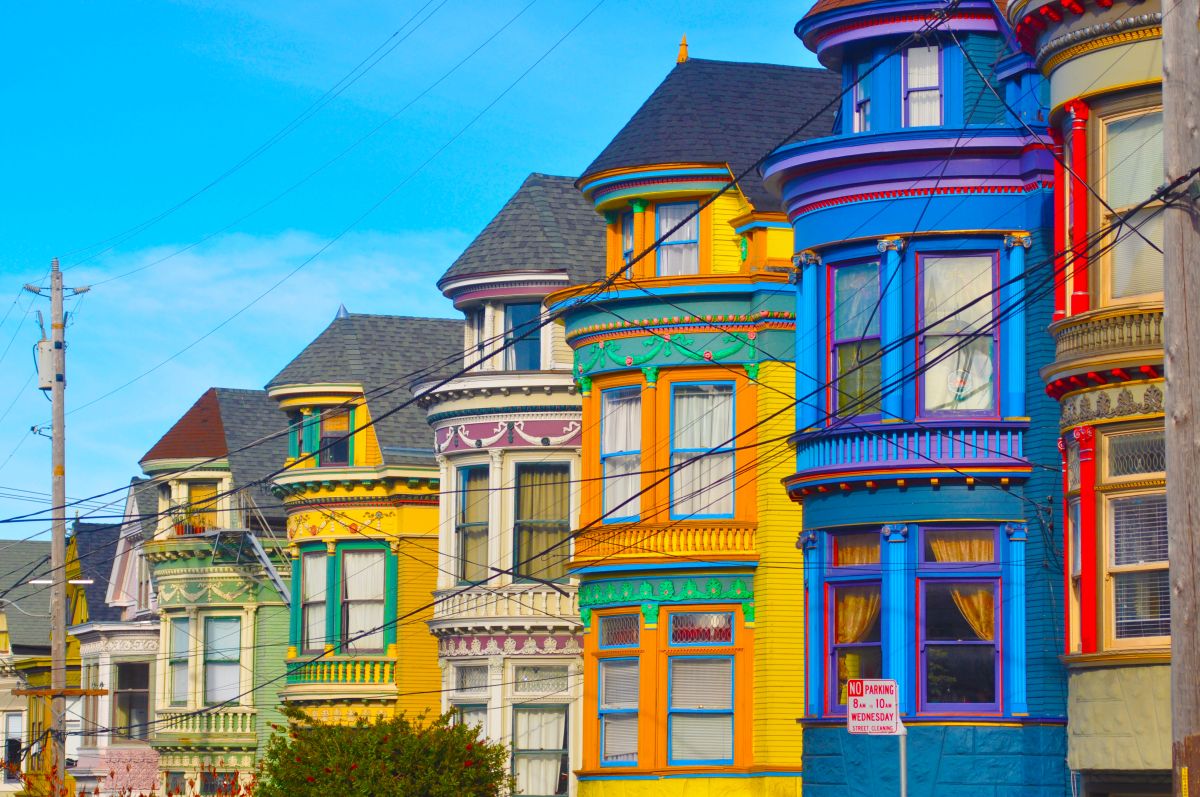 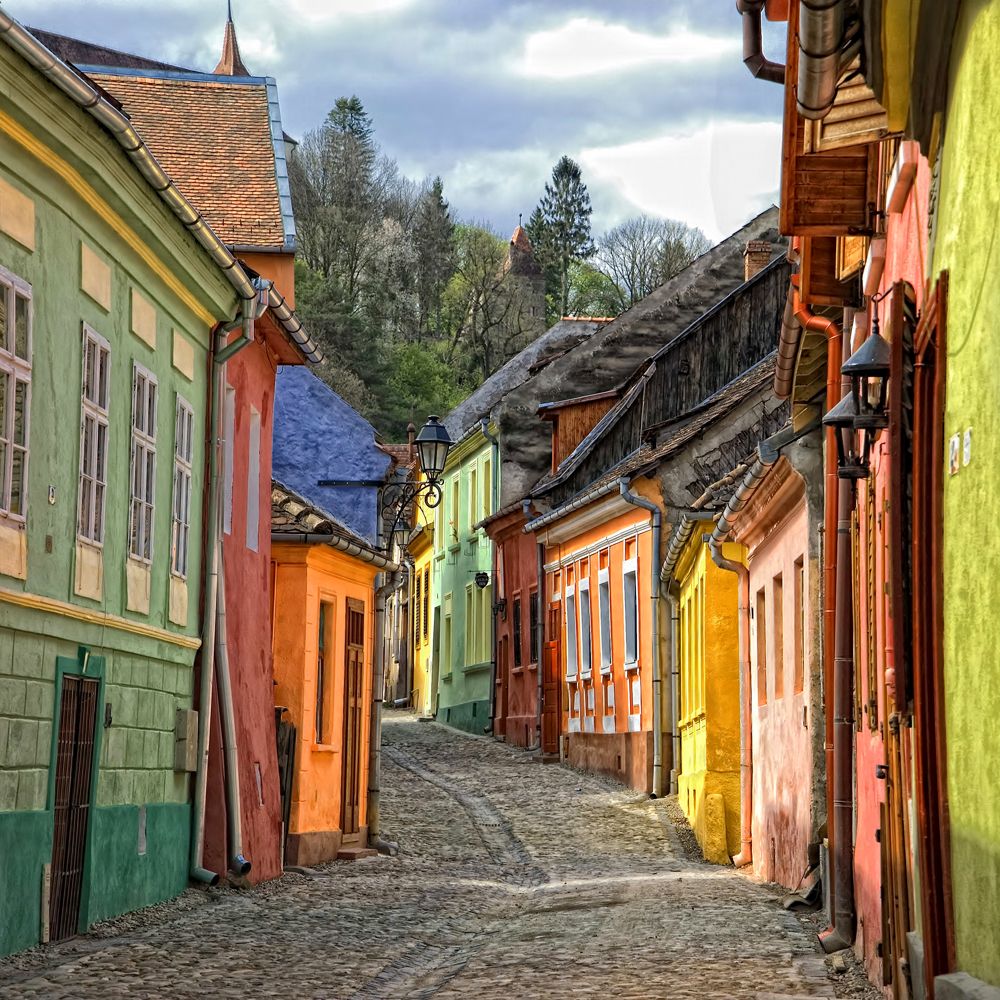 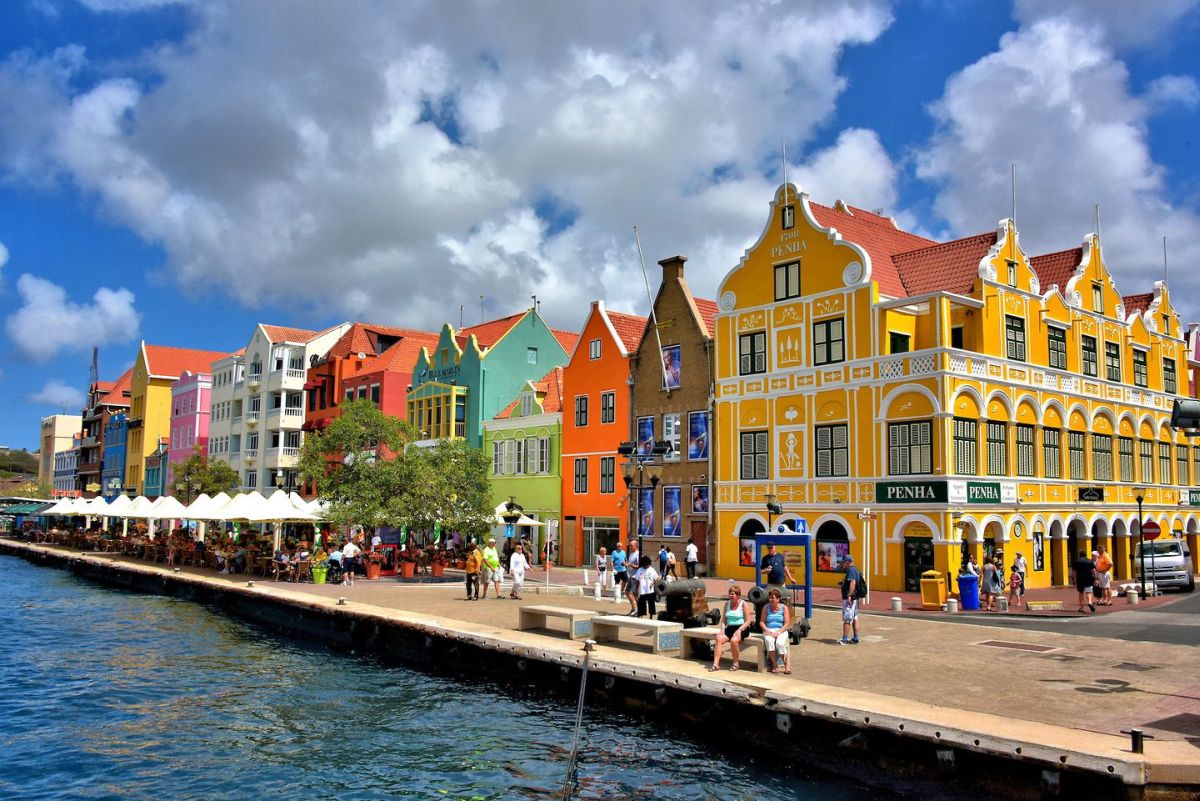 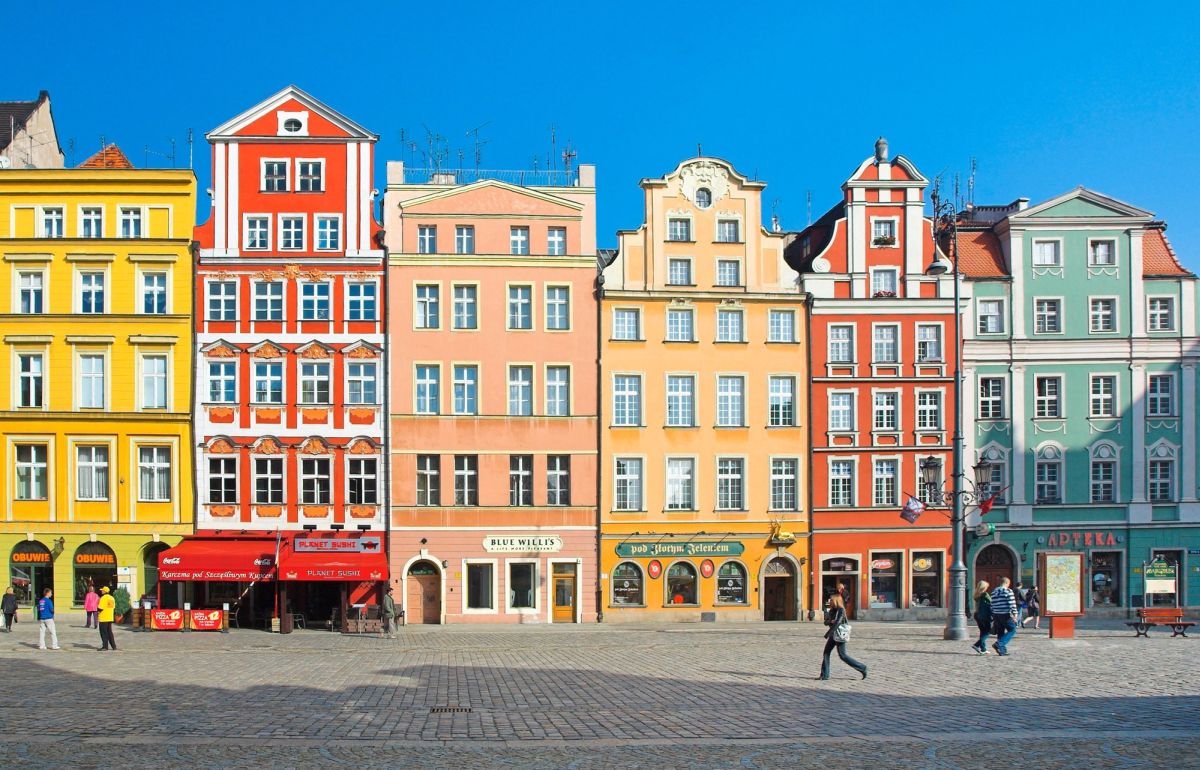 Looks matter and that’s not only true for people but for objects and buildings too. The way a house looks like on the outside is important and has a lot to do with the curb appeal and the overall impression created in relation to the viewers but also the surroundings. We’re going to get into specifics a little bit as we’ll talk about color, more exactly the idea of exterior house paint and the impact a certain design strategy has not only on the house itself but also the elements surroundings it. There are some really beautiful and colorful cities and houses in the world and we’ve gathered some of them together for you to take a look at.

One of the cities with some of the most colorful facades is Sighisoara which is located in the Transylvania region, in Romania. This historic city has plenty of interesting attractions, including this collection of quirky houses with brightly-colored facades. Perhaps individually these structures wouldn’t stand out that much but put together they forma. cluster of bright and eye-catching colors.{image from Flickr}.

An even brighter array of house colors can be seen in a little region from San Francisco, in the United States. It’s a lovely collection of buildings which, as you can see in the pictures, follow the same design pattern and have more or less the same look except, of course, for the color of the facades. In other words, it’s not a random mixture of houses and colors but rather an organized collection of design variations.{image copyright Flickr}.

Similarly, in Charleston, South Carolina there’s also a small area where the buildings along the sidewalk feature exteriors painted in an array of contrasting colors such as yellow, blue and pink. These colors give the area a very artistic and fresh look but also add a bohemian touch to the decor which is emphasized by the planter boxes hanging outside some of the windows of the delicate metalwork featured on the balcony railings.{image from Ian Ransley}.

The city of Venice is famous for its canals and picturesque attractions but there’s a specific area that’s also known for its small, brightly painted houses. We’re talking about Burano, a region popular with artists. The coloring of the houses may seem random but it actually follows a specific system and if someone wants to paint their home there’s a certain specific range of colors which one can choose from for that lot.{copyright from David Monroy}.

The commune of Menton situated on the French Riviera in the courtheastern part of the country is nicknamed “perle de la France” and is known for its beautiful gardens but also for this colorful display of houses. Each house features a boldly-colored exterior with colors usually limited to a few specific nuances. The designs, on the other hand, vary a lot more.{image from Sébastien Mespoulhé}.

Bahamas has its own cluster of eye-catching house painting strategies. This is the city of Nassau and this is a set of housing buildings with facades that look fresh and very friendly. The color hues are beautiful pastels, not too faint but not too vivid either. There are also common elements which create similarities between the buildings and maintain a cohesive look.{image from Valéria Almeida}.

Old San Juan is the oldest settlement in Puerto Rico and also one of the places with the most bright-colored house facades in the world. These colorful exteriors give the region a very vibrant and youthful vibe which in a way contrasts with its historic nature but in a pleasant way that isn’t disrespectful. we love the clean and simple designs and the white outlines of the buildings. They really help to make the colors pop.{image from Pedro Lastra}.

The Chefchaouen town from northwestern Morocco is also referred to as Chaouen and is known for its blue houses. The blue nuances give the town a very distinctive look and an almost dreamy atmosphere. Blue is a color associated with the clear sky and with water in general and is known for its calming and relaxing properties.{image from Just Booked A Trip}.

This is the region of Cinque Terre, a rugged portion of coast on the Italian Riviera, in the northwest of Italy. the ruggedness of the land is complemented by the playful and colorful look of all the structures that have been built here. From a distance, this looks like one giant building that covers up the entire side of the coast and is painted in all sorts of different colors, like a patchwork design.{found on Shann Yu}.

The city of Wroclaw is the largest one in western Poland and it too proudly displays a series of funky house painting techniques. Isn’t it neat how all these buildings have various different architectural influences, each displaying a unique color on its exterior? The fact that they’re all sandwiched together so closely definitely helps to emphasize this cool look.

As you can see, there are many cities which are actually more colorful than previously anticipated and they’re randomly spread across the world. The capital of Cuba, the city of Havana is one of them. Here you can find a neatly lined up set of structures with street facades painted in different pastel colors like yellow, pink and blue. It;s only the street-facing side that’s colorful while the rest is plain and simple.

Next, the region of Longyearbyen from Svalbard, in Norway. It has these really cute and very brightly-colored houses, all featuring the same minimalist design. They’re lined up beautifully and they give this region a super cheerful and playful vibe. They can be easily spotted from a distance and even though the array colors isn’t that variate, there’s still plenty of diversity.{image from Daniele Ceccato}.

While most of Puerto Vallarta is plain and simple like all the other cities in the world, this beach resort area from Mexico has its own share of exterior house paint fun. The colors really pop and the warm hues complement the local vernacular in a very beautiful manner. Also, the contrasting outlines of the doors and windows add a nice twist to the design.

Once again, the color blue makes an appearance, this time in the city of Jodhpur from India. Here you can see an interesting mixture of exterior house colors limited to a few different shades of blue, white and gray. There’s a certain sense of unity in the region thanks to this array of colors.{found on Clark & Kim Kays}.

Larger cities such as Stockholm are also home to some pretty colorful buildings. The Old Town (Gamla stan) is quite special in this sense. It’s interesting to observe the choice of colors in each of the cities mentioned in this list. In this particular case, an array of orange and yellow tones was used. They give the area a sunny and positive look.{found on Paval Hadzinski}.

If you ever visit the city of Guanajuato from central Mexico you’ll have the chance to take some wonderful pictures of the colorful houses present here. The landscape is quite beautiful too. It seems there are no house painting rules limiting the option of colors in this case and that really allows the creativity of each individual to come through.{image from Bud Ellison}.

Few cities are as colorful as Valparaso from Chile. This region, at least, is pretty special. The houses and buildings here have eye-catching facades and exteriors which are noy always limited to the use of a single bright color. Some structures showcase an entire rainbow of vivid colors. This gives them lots of character and in the overall context of a super colorful conglomerate that’s pretty hard to achieve.

In Willemstad, the capital city of Curaçao which is an island in the southern Caribbean Sea there’s this region where the buildings on the edge of the sea are each painted in a different color. Together they look like a stylized rainbow with the beautiful sky behind them and the clear blue water on the other side.{found on Tim Drivas}.

The capital city of Newfoundland and Labrador from Canada is called St. John’s and has a rather different architectural style compared to the rest of the country. Its major buildings are remnants of the city’s history as a one of the first British colonial capitals and showcase a variety of different styles. Among other styles, one is focused on the use of bold colors on the exterior of the buildings.

Izamal is a small city in Yucatán, Mexico and is also known as the Yellow City. Looking at the exterior of this temple it’s easy to see where the name comes from. The city is an important pilgrimage region and home to a series of statues representing various saints venerated by those visiting the area and by the locals.{found on Eneas De Troya}.

These would have to be some of the most brightly-colored houses anywhere in the world. The picture was taken in Bo Kaap, an area in Cape Town, South Africa. These neon shades are eye-catching to say the least. They definitely turn the heads of all those passing by.{image from flickr}.

There’s a special area in Copenhagen, the capital city of Denmark called Nyhavn which is a waterfront region lined by brightly-colored townhouses. Well, the colors aren’t actually that bright compared to those of the houses from Cape Town but they definitely have a certain amount of flair which has to do with the coloring of their facades.{image from StephanieB.}.

The town of Guatap from the Antioquia Department in Colombia is home to a few special houses that stand out not only because of their exterior coloring but also the ornaments that they display. It seems each house is decorated in a different manner, showcasing colorful symbols that are repeated along their facades.{found on Alejandro Osorio Agudelo}.

Pachuca is the capital city of Hidalgo, in Mexico and the place where you can find perhaps the largest collection of vividly colored houses in the world. The houses in this particular region don’t just feature exteriors painted in a single bright color but actually have all sorts of geometric designs and patterns on their facades which are meant to showcase this amazing rainbow of colors in a unique and memorable way.