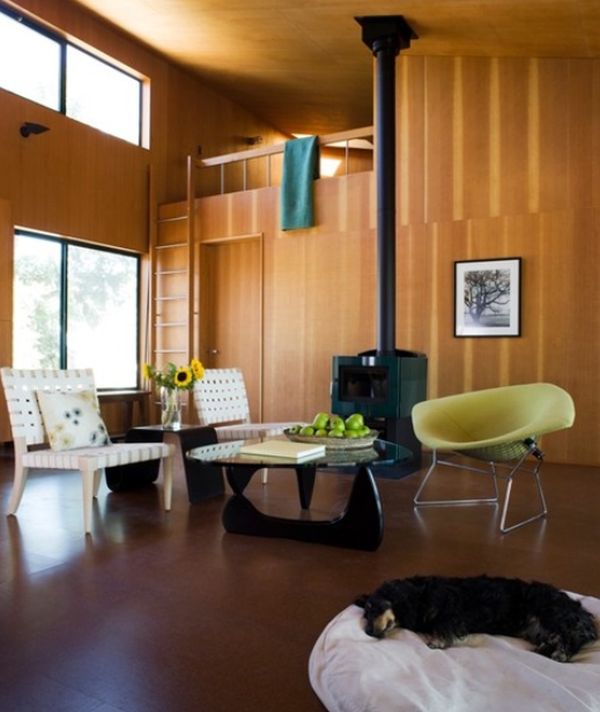 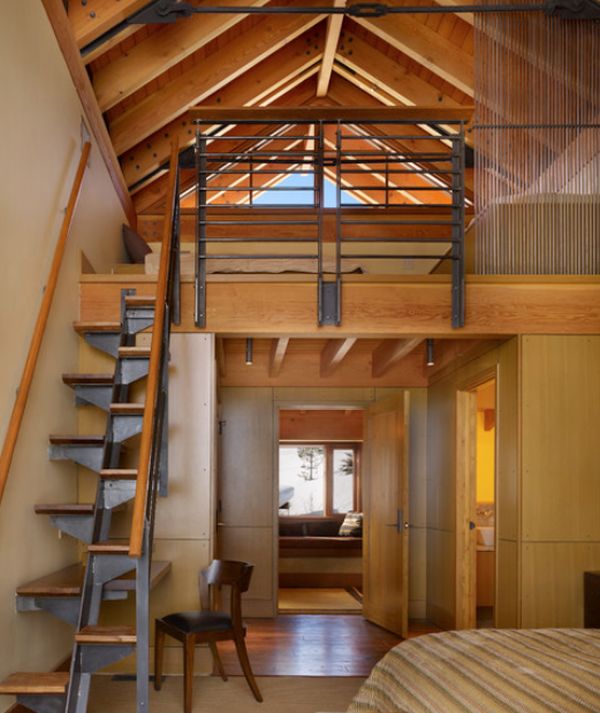 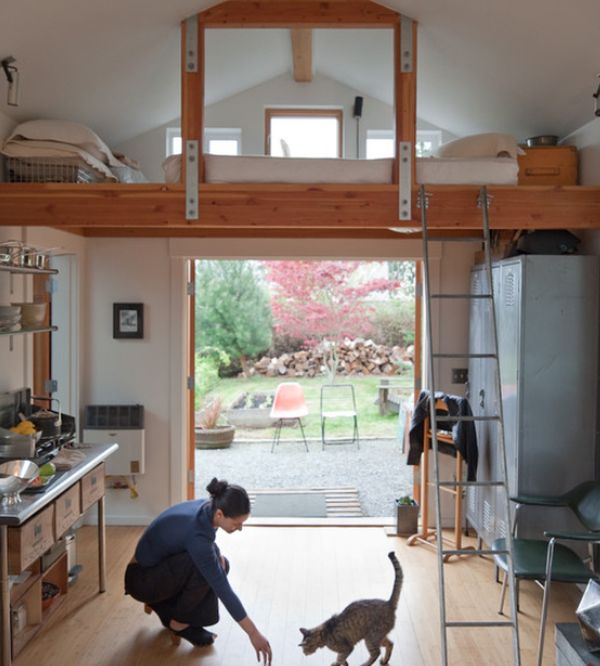 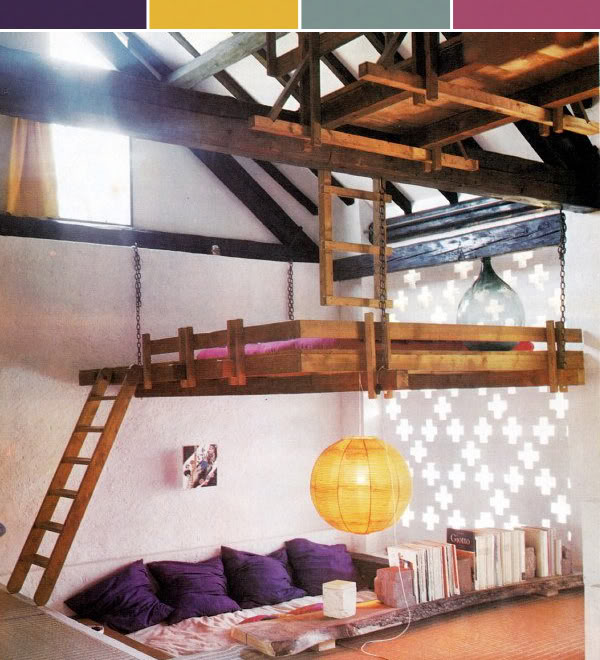 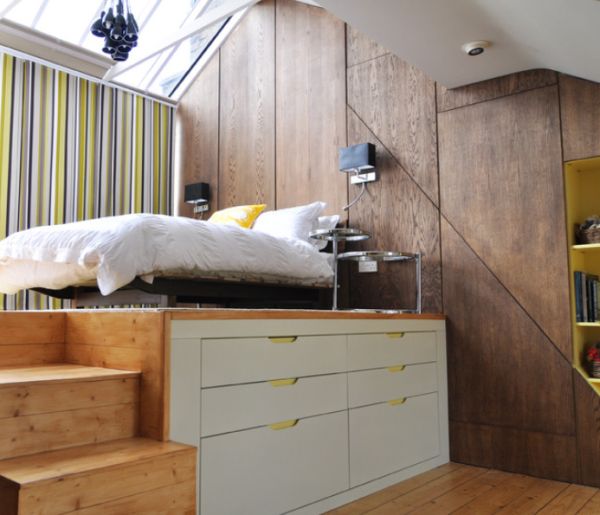 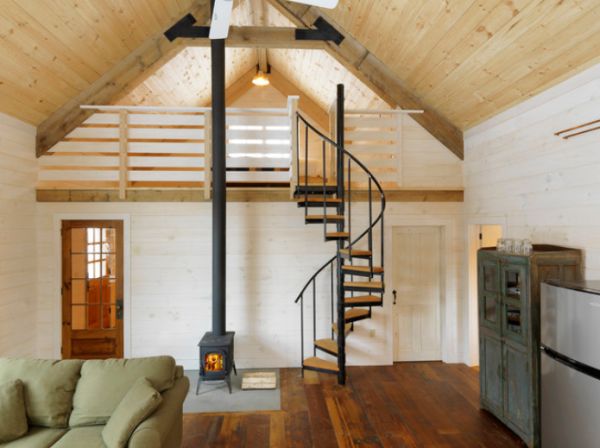 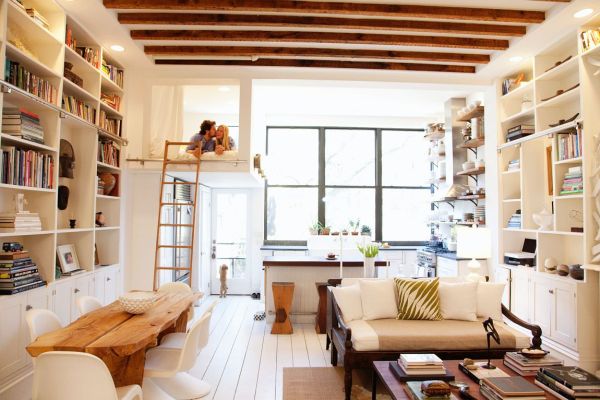 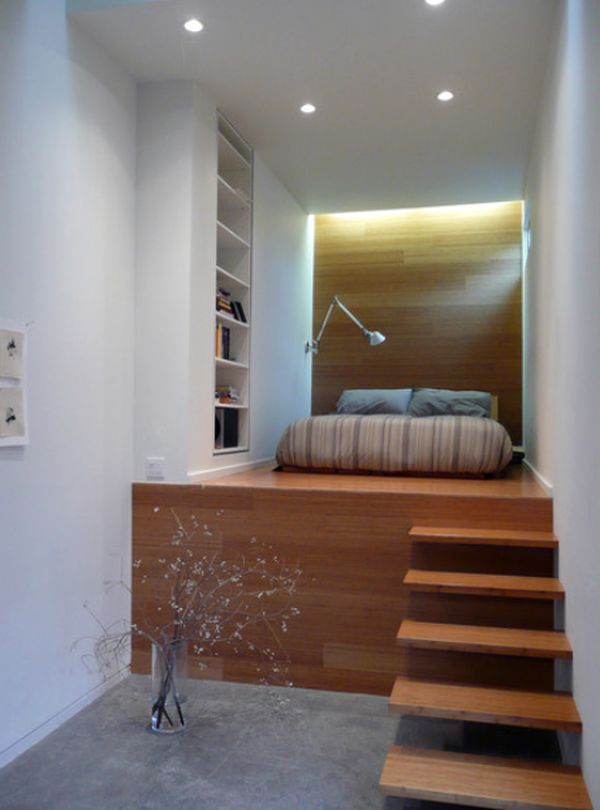 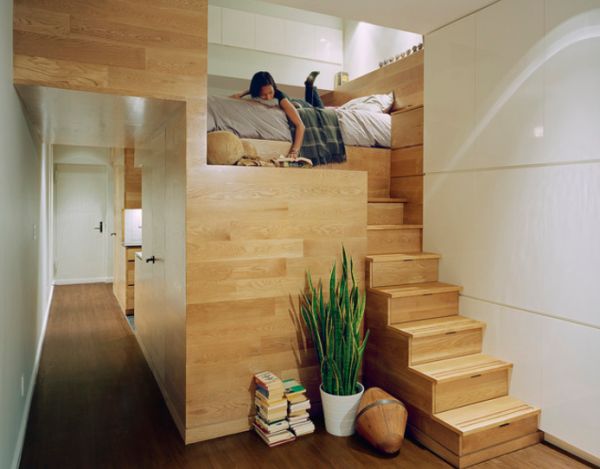 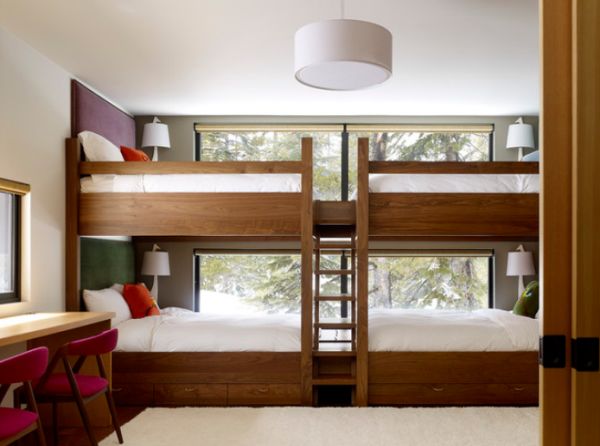 I’ve always found climbing in bed an activity that’s somewhat fun and unusual. I’m not talking only about bunk beds, although these are the most popular beds you climb in. But there are also other alternatives and they are quite similar, although very unique in their design. Here are a few examples.

We’re going to start with the popular bunk beds. Usually, there are only two beds that are placed one above the other. But sometimes you need more than two beds. For those cases, there are versions with four beds. The design is simple. The climbing ladder is placed in the middle and each bed has its own little incorporated nightstand.

Some versions have a small built-in staircase instead of a ladder. It’s an interesting alternative. Placed in the center of the four beds, the mini-staircase also provides a barrier between the beds. These particular bunk beds have a simple and somewhat traditional design but they stand out with the bright color of the bedding.

Bunk beds are usually for kids. Still, this doesn’t mean they’re the only ones that get to enjoy climbing in bed. Adults can do that too and it’s why unusual, modern bedrooms like this one have been created. This space can’t actually be called a bedroom. It’s a sort of sleeping space accessible via a small staircase, a sort of cozy corner with a small window.

This bedroom has a design that was inspired by the same idea but the result is quite different. The bed is raised on a platform and sits in a sort of private cozy corner. Several floating stairs are attached to the wall and make the transition towards the sleeping area. It’s an interesting design, partly dictated by the shape of the room which is long and narrow.

Modern and contemporary homes always impress with their unique design and twits on the traditional concepts. For example, this contemporary living area is spacious and has a high ceiling. This allowed the creation of a sort of square-shaped private space in a corner. It has views of the surrounding area via the large window and it can be reached by climbing a ladder.

It’s customary for small homes with a high ceiling and pitched roof to have a cozy upper sleeping space that can be reached by climbing a ladder. There’s something about the shape of the roof and the small space that makes this area feel intimate and very cozy.

In small bedrooms, a simple and clever way of saving space and adding extra storage is to raise the bed on a platform. Underneath the bed you get to have drawers and storage compartments and this way you create a designated space just for sleeping. It would be even better if you also had a skylight above the bed.

Here’s another interesting idea for a suspended bed. It’s an idea that can be adapted to homes that have high ceilings. The bed, in this case, is suspended above the sofa and can be reached via a ladder. It’s an interesting idea that allows you to have a cozy, private space where you can relax while also being part of the activities in the living room.

Even though unusual, a bed can also be integrated into a kitchen’s design. The idea itself is not that strange but, in this case, it’s the way the bed was integrated into the layout of the kitchen that impresses the most. The bed is placed high above the door and it’s accessible via a ladder. Up there there’s actually enough space for two.

A similar idea was sued in the case of this eclectic bedroom. Here, the bedroom has a large bed, nightstand and everything else but, since it also had a high pitched roof, there was plenty of space for a second bed to be added. This one sits on a whole different level. It’s an interesting and clever idea of maximizing the used space in the bedroom.

Our final example is of another contemporary living room. It has a very simple interior décor, with very little furniture but it also hides a secret: a small cozy bed just underneath the ceiling. It’s very nicely integrated into the layout and doesn’t stand out at all. It’s like a secret hideout.