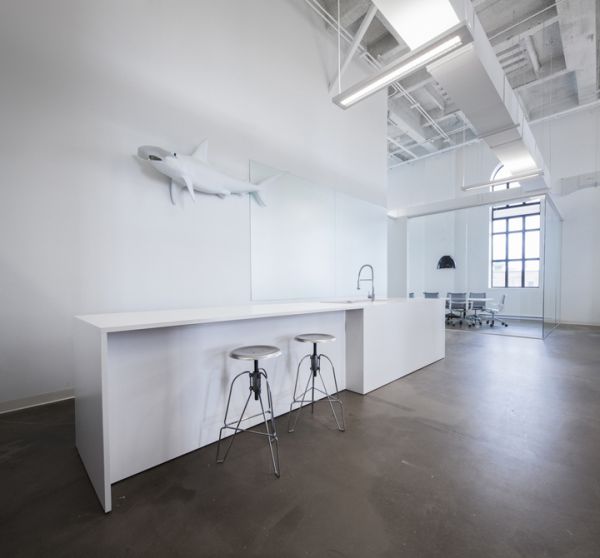 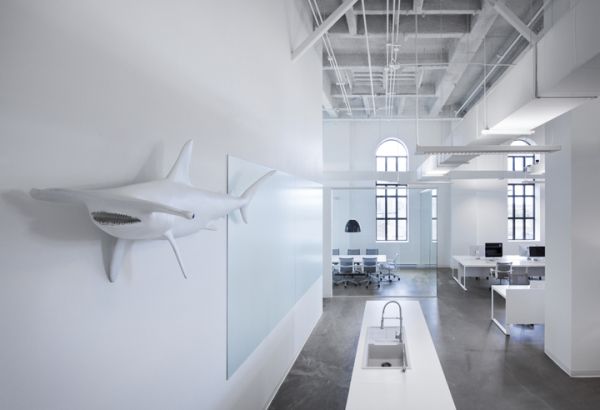 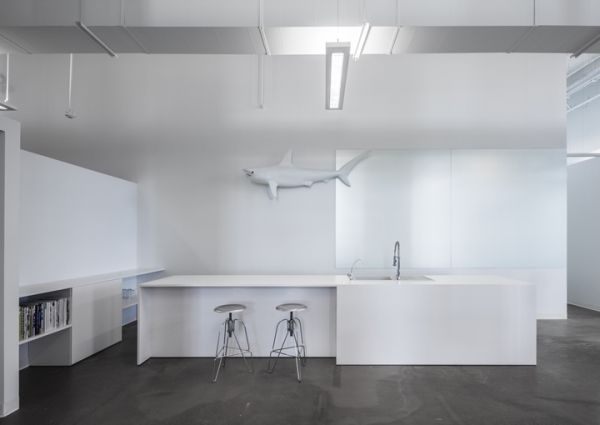 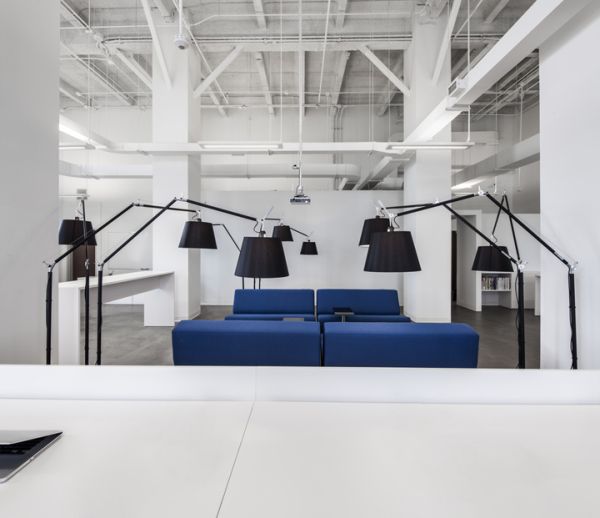 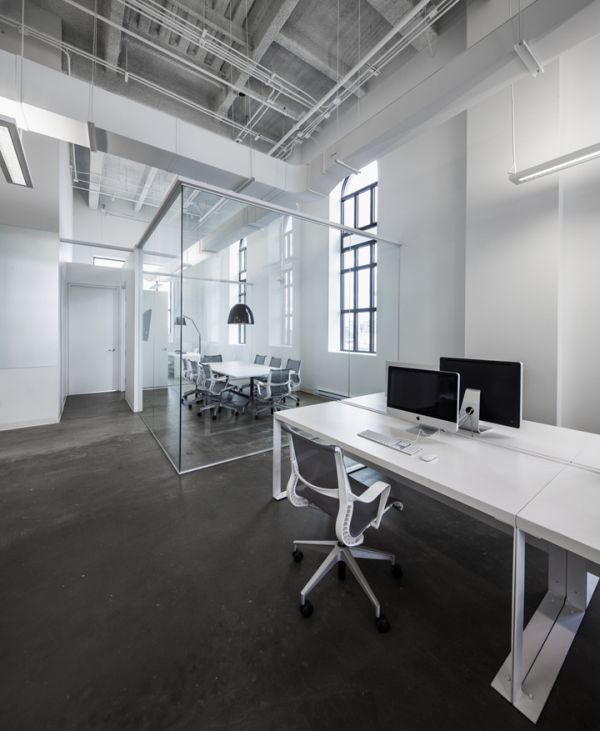 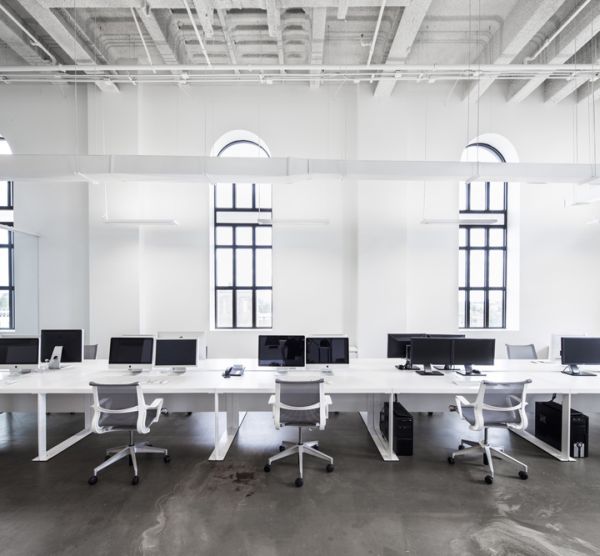 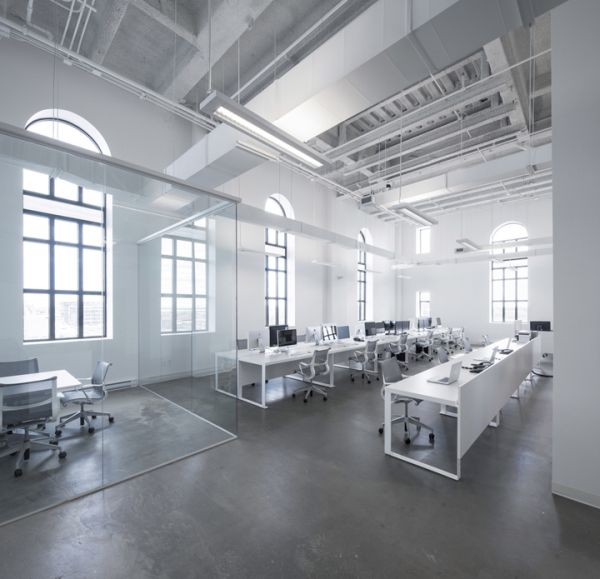 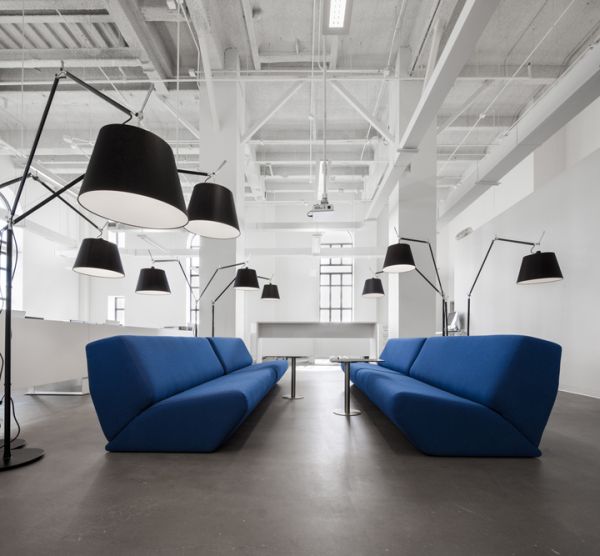 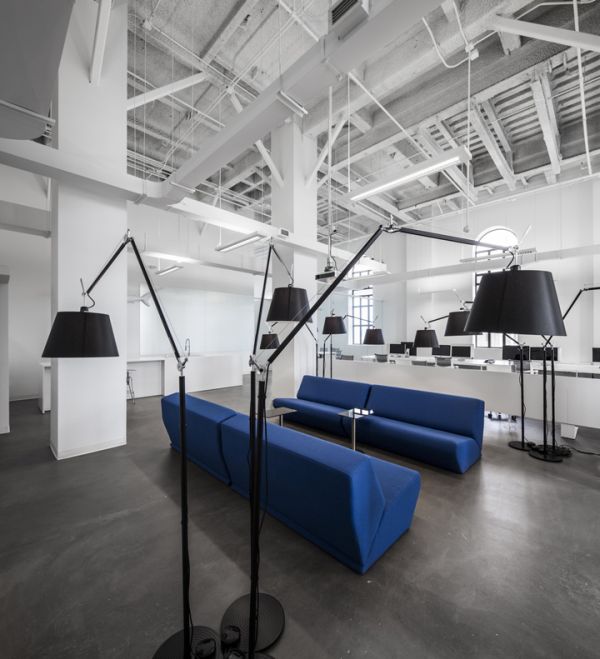 This is the new office space that was designed for BLUE Communications, an interactive agency from Montreal. With a name like this, you would expect this space to definitely include the blue color. As you can see, it does. Blue was sued as the only accent color for the entire office space. The rest of the office was kept simple and neutral, with shades of black, white and grey, in order to allow the blue elements to stand out even more.

The company specializes in web development, branding, content creations, social media, mobile apps and databases so it needed an office that would capture the character and spirit of what it offers. This new office is located in Montreal and it occupies a surface of 2750 square feet. It can be found on the 8th floor of the Carrefour d’Innovation INGO. The office is organized into several separate zones. The goal was to create a space that would encourage interaction and creativity.

The overall design of the office is very open. The space is filled with natural light and each zone has a distinct atmosphere. Since the office has very high ceilings, the designers decided to create large areas. The conference room, for example, is delimitated by high glass panels and it resembles a box-like space. This room has a custom-designed 36 ft long table that brings together the space.

The office also includes a series of semi-private administration areas divided by white vertical panels. The kitchen is a crisp white space and the lounge is the central space of the office. Even though the different zones have different decors and atmosphere, they all feature the same choice of materials and colors which allows them to create an overall uniform and cohesive look. This beautiful office was designed by Jean Guy Chabauty and Anne Sophie Goneau.{found on archdaily}.